Last November we traveled to London to visit the annual SalonQP event at the Saatchi Gallery in Chelsea, London. With over 80 exhibitors, we think this European event is definitely worth going to besides the SIHH and BaselWorld shows. The SalonQP events opened on Thursday November 12th for the press and later on that evening with a preview for VIP guests. On Friday and Saturday, it opened up for all those who are interested in (fine) watchmaking.

Team Fratello Watches was there on Thursday evening and on Friday, to explore this year’s novelties and meet new faces. In this SalonQP 2015 trip report we will give you a bit of an understanding of who was there and what was happening using some of the photos we took. In another SalonQP 2015 article, we will zoom in on some of the brands we’ve seen and spoken to.

Different from BaselWorld or SIHH, SalonQP is very accessible for consumers (and members of the press). The Saatchi Gallery building is a beautiful venue in Chelsea, London (as can be seen in the header image) and has a couple of floors. As you can see on the photos below, the floors were packed with watch and watch accessory brands. Some brands came as a group (like the AHCI booth), but most of them had their own spot inside the Saatchi Gallery. Although it could be crowded at times, the SalonQP venue was never that packed that you couldn’t really see what was going on at a watch brand.

Well, two exceptions to be honest. There was a queue to see the latest MB&F Legacy Machine, the Perpetual and we had a tough time elbowing our way to the Grand Seiko booth. You could say that these are two opposites, but both have to do with fine watchmaking. 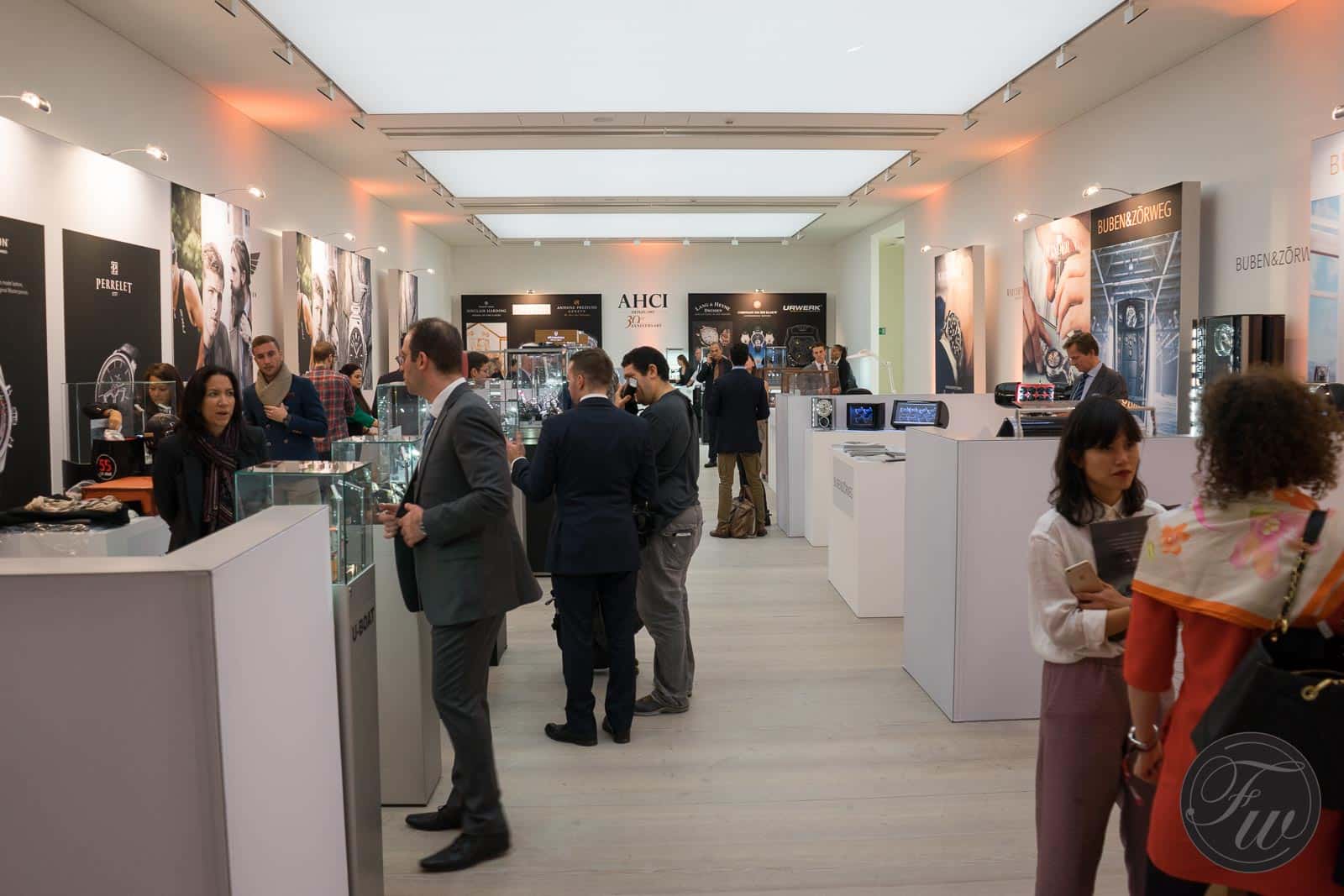 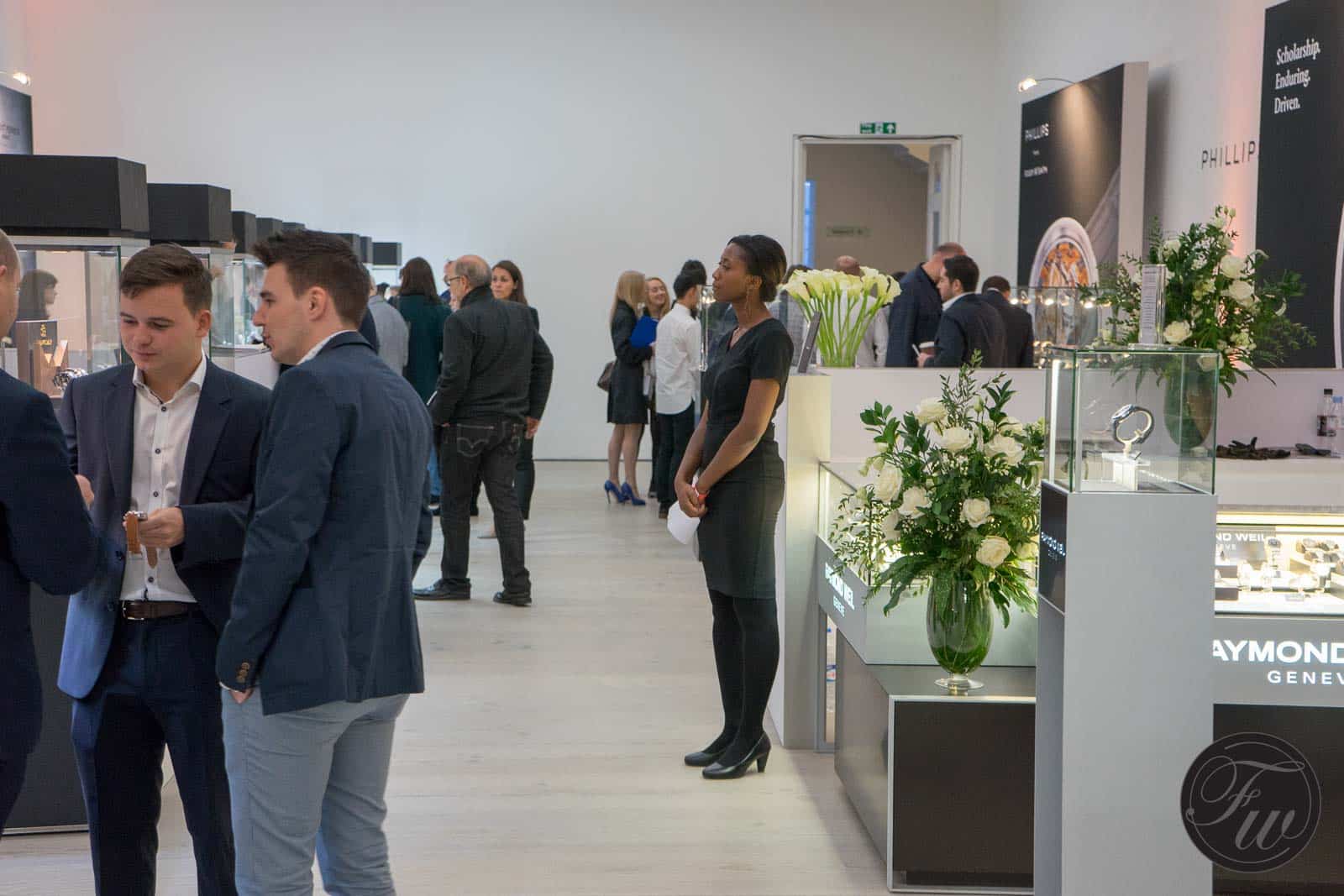 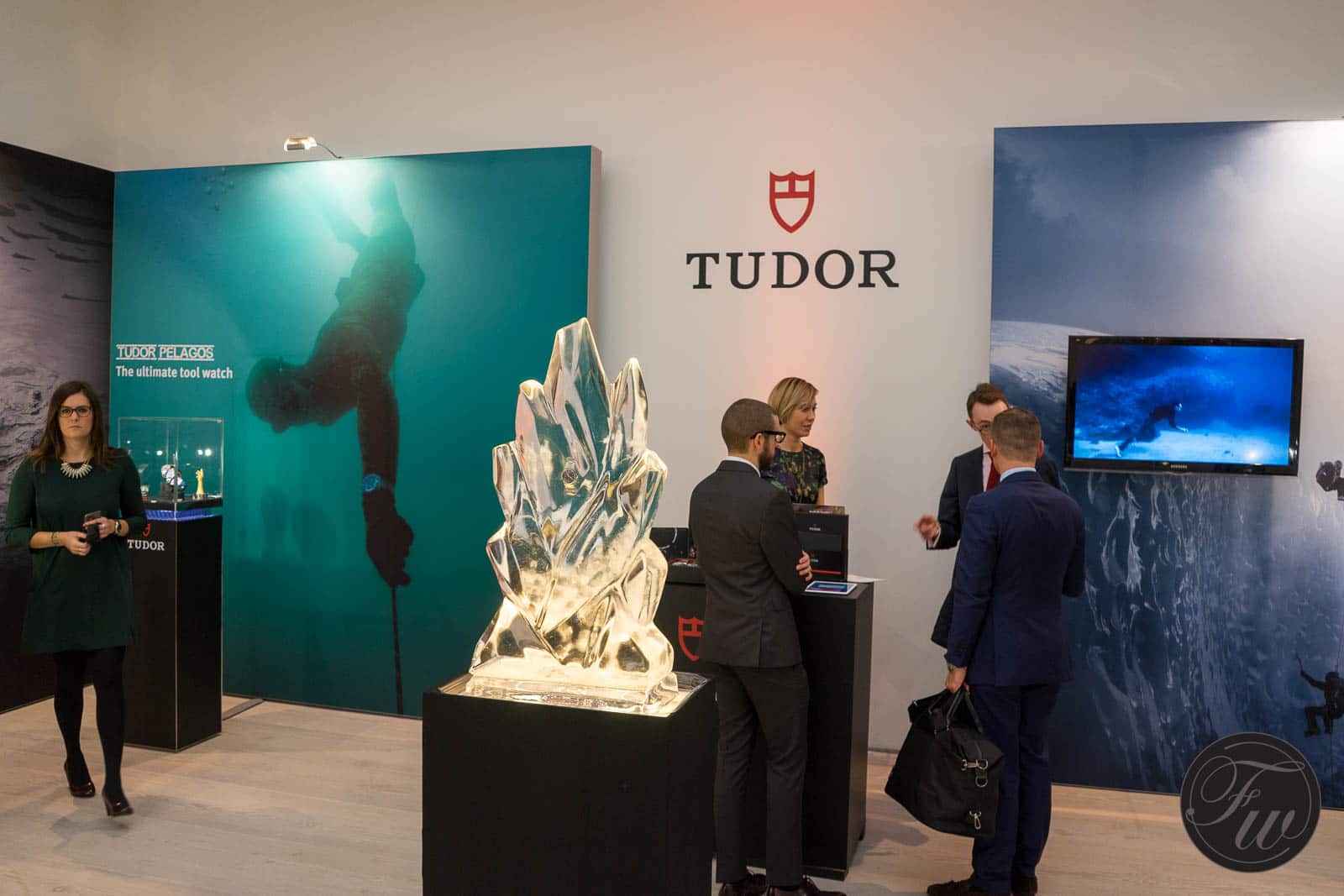 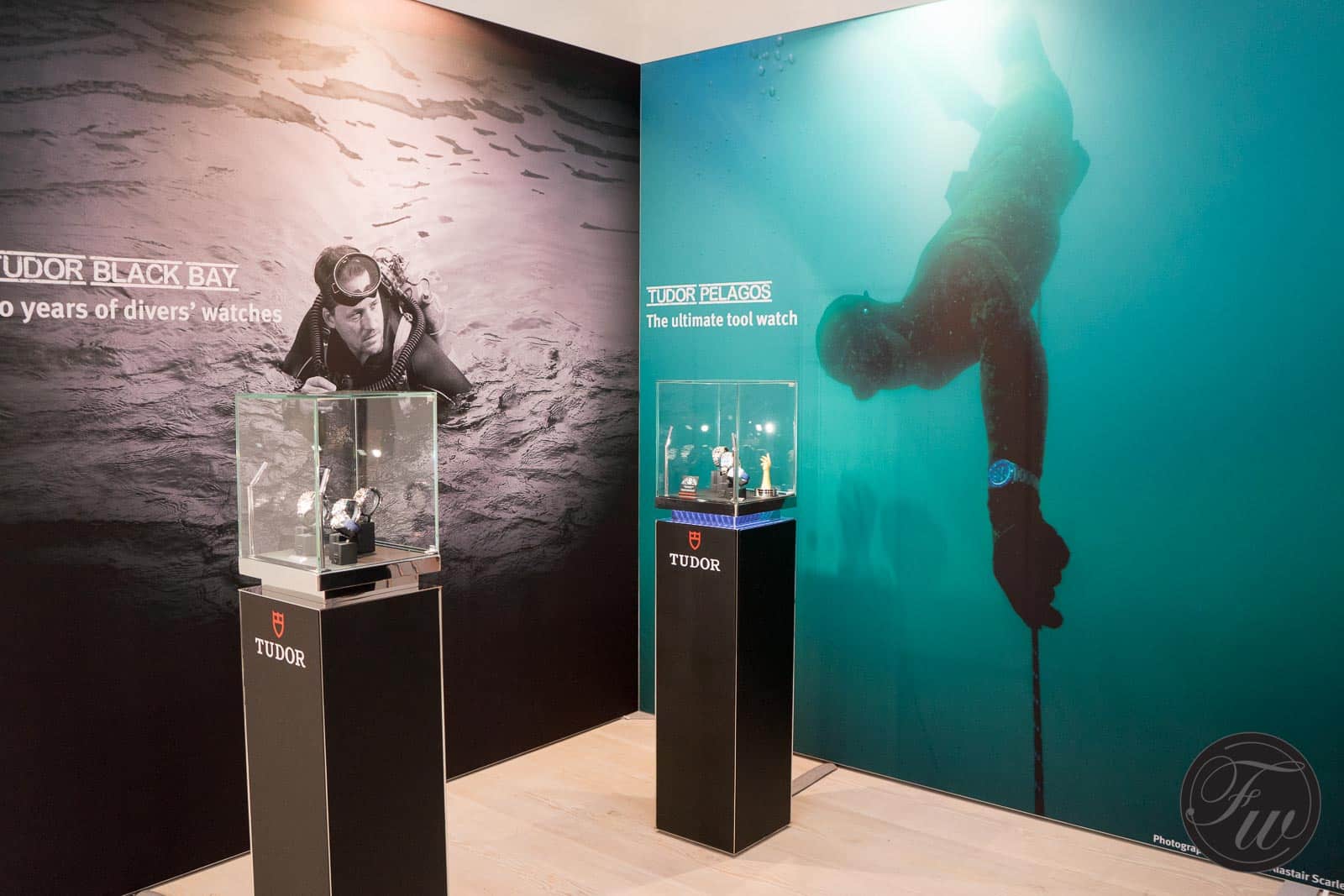 Tudor had an entire corner to themselves (so did a couple of other brands) and took – besides the actual collection – a number of museum watches with them to display. Very cool.

A brand that we’d never seen in the flesh, till now, was Christopher Ward. Of course we’ve heard about them and noticed that they have quite a large following, it isn’t the first brand to comes to mind when thinking about mechanical watches. We’ve spoken to one of the co-founders of Christopher Ward and asked him to explain this relative young (2004) brand to us. It was quite an eye-opener to us, both their watches as well as their strategy. We will do more coverage on Christopher Ward soon. 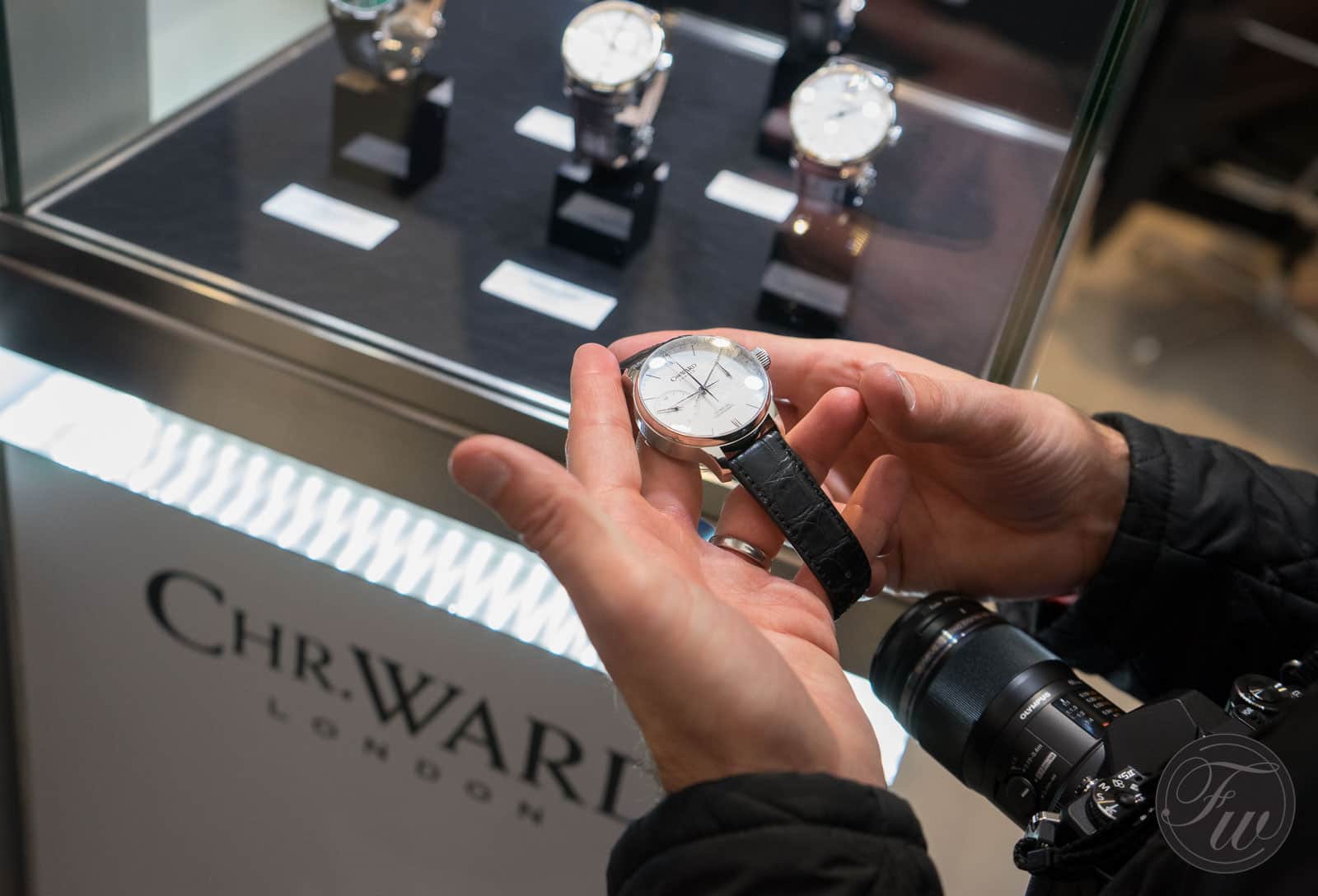 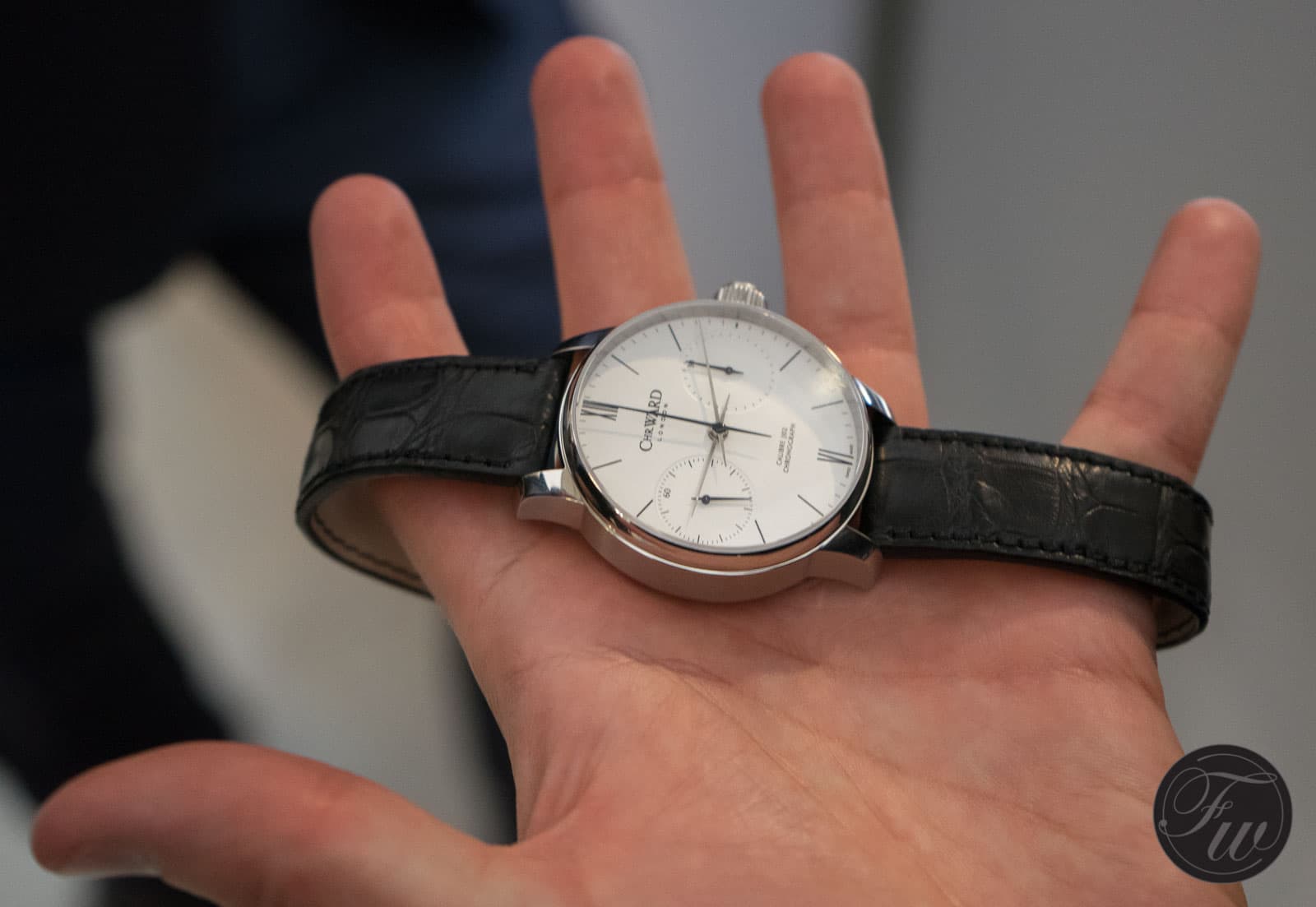 As written above, the Grand Seiko booth was very crowded at times. This image was taken during the preview for press on Thursday afternoon, but once the doors opened it went all crazy. Our little discussion with the Seiko representatives learnt us that they were amazed as well. However, we feel the interest in Grand Seiko is justified and easily explainable, as the watch loving crowd seems to understand how good and sanely priced these watches are. They had a couple of demonstrations by a watchmaker from Morioka, the same that visited Amsterdam a few days later (click here). 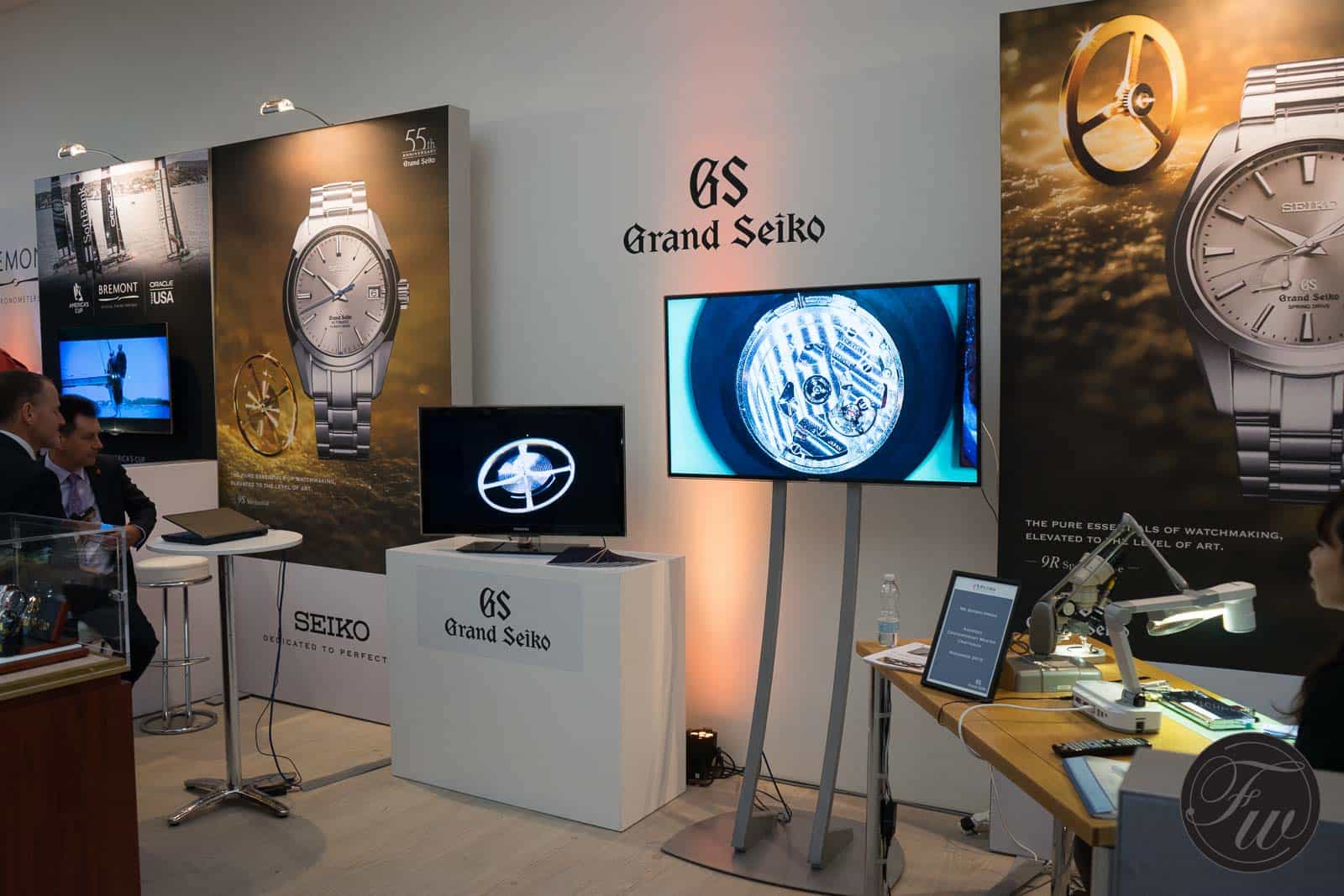 NOMOS had a similar large booth as Tudor, but with more convenient places to sit and discuss watches. They showed us their new Neomatik watch, which impressed us quite a bit. This thin and elegant NOMOS timepiece features a nice in-house manufactured movement from Glashütte. We will get in the details of this watch in a later publication. 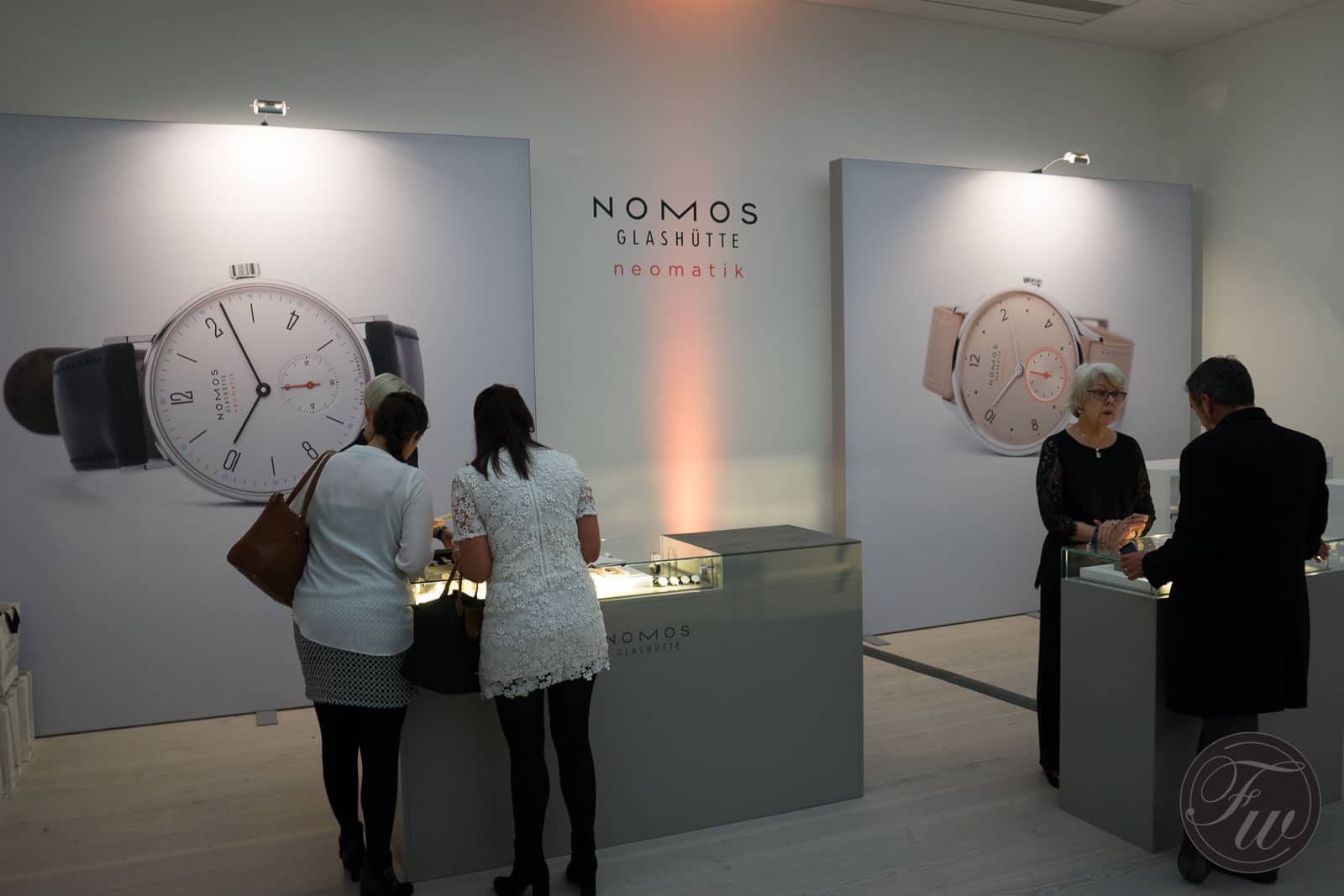 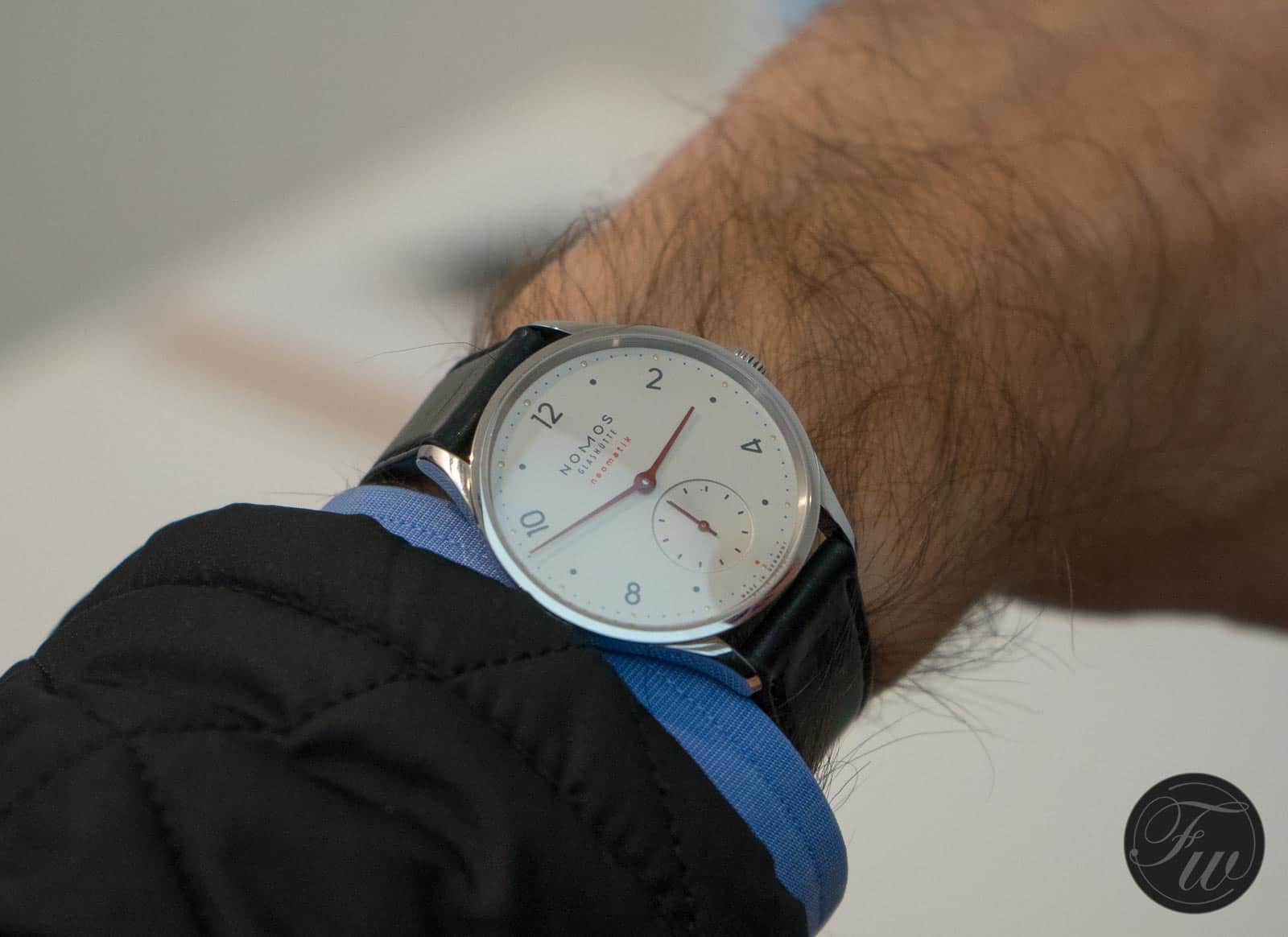 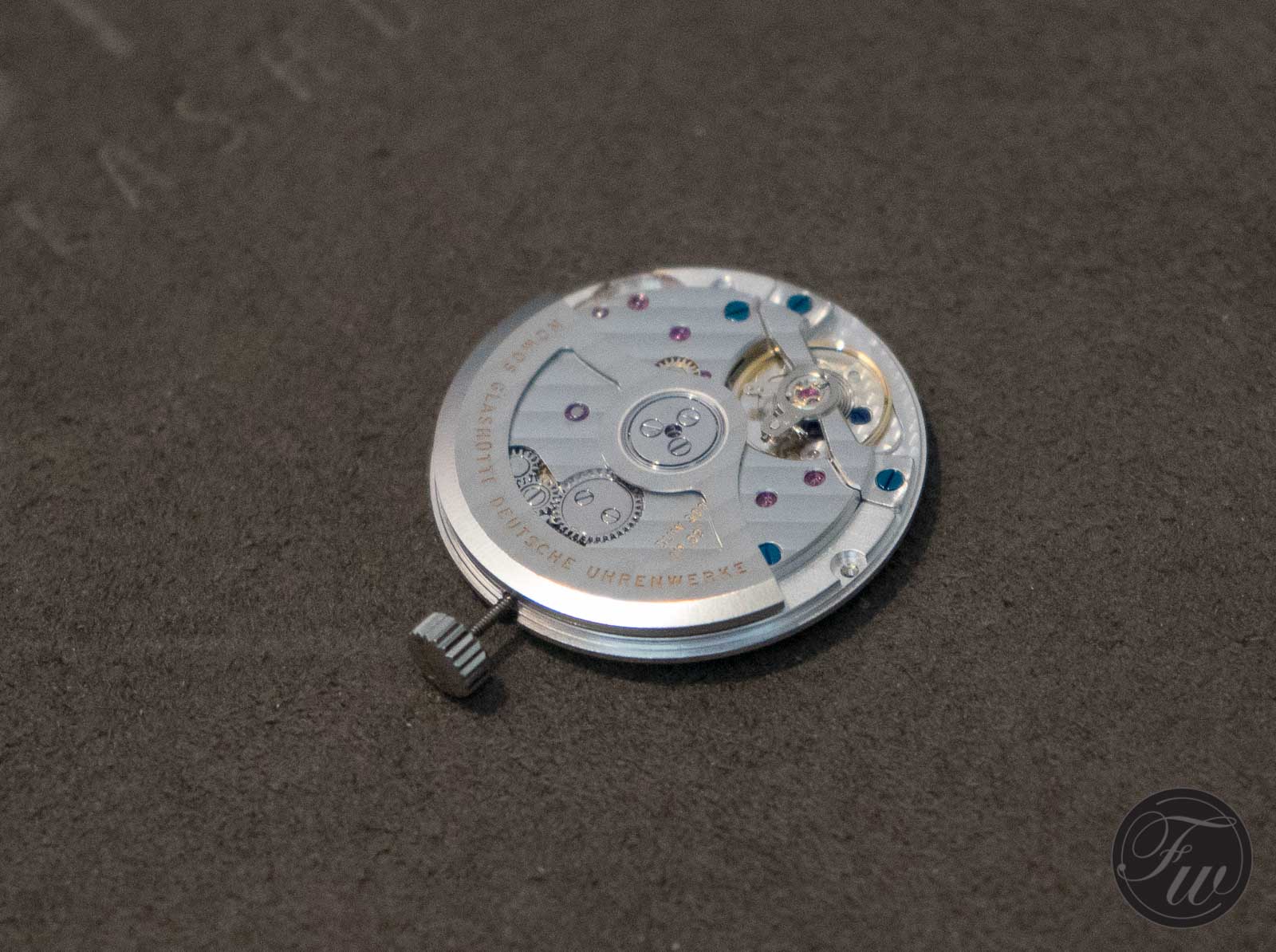 As you can see above and below, the SalonQP also allows visitors and guests to try all the watches. For us it was also the opportunity to give the Harry Winston Opus 14 a try, but also to see and try some of the BaselWorld novelties of this year again, like the blue Tudor Pelagos. Even the auctions houses that were present during the show in London didn’t hesitate to get out some of their precious pieces and show them to us. 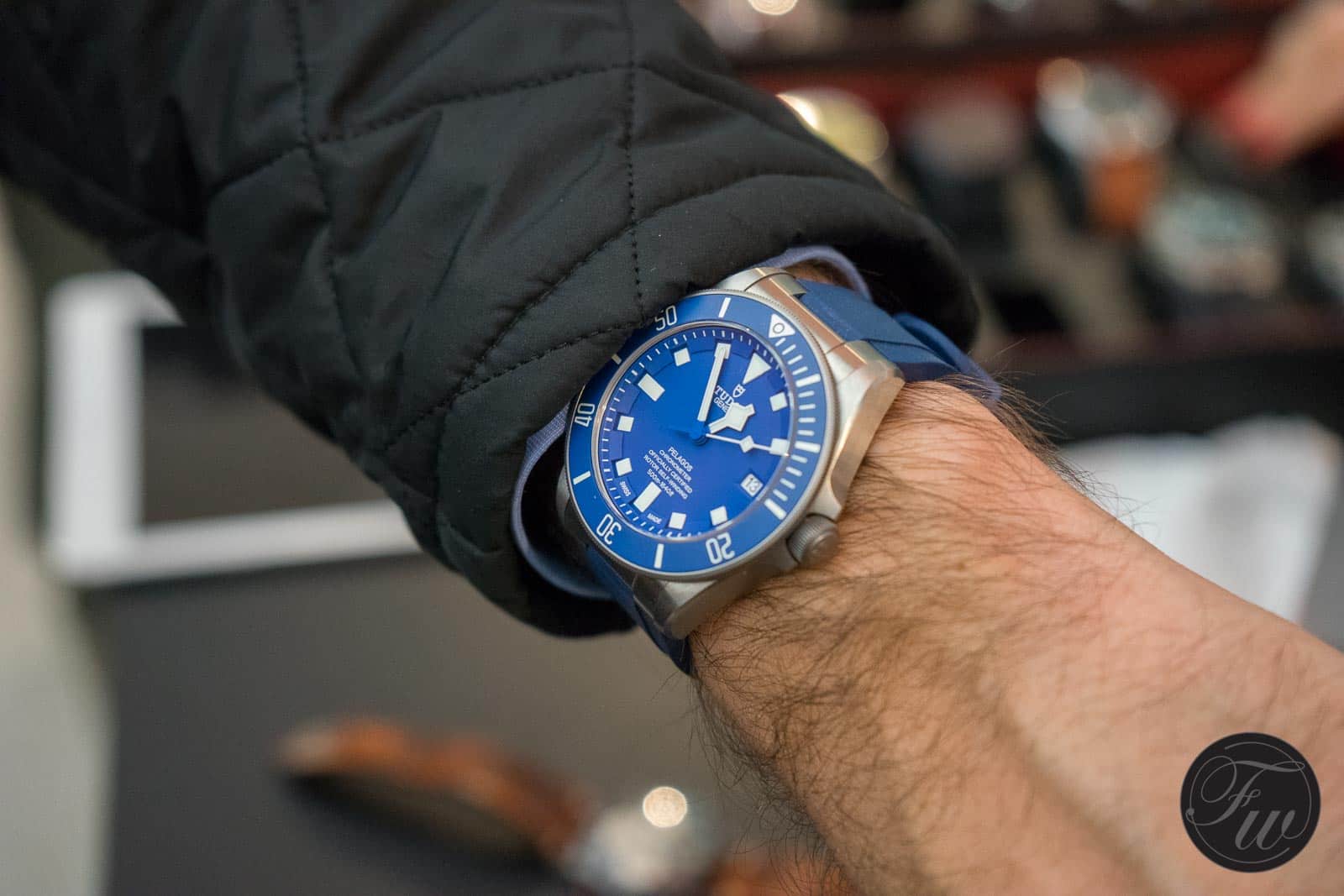 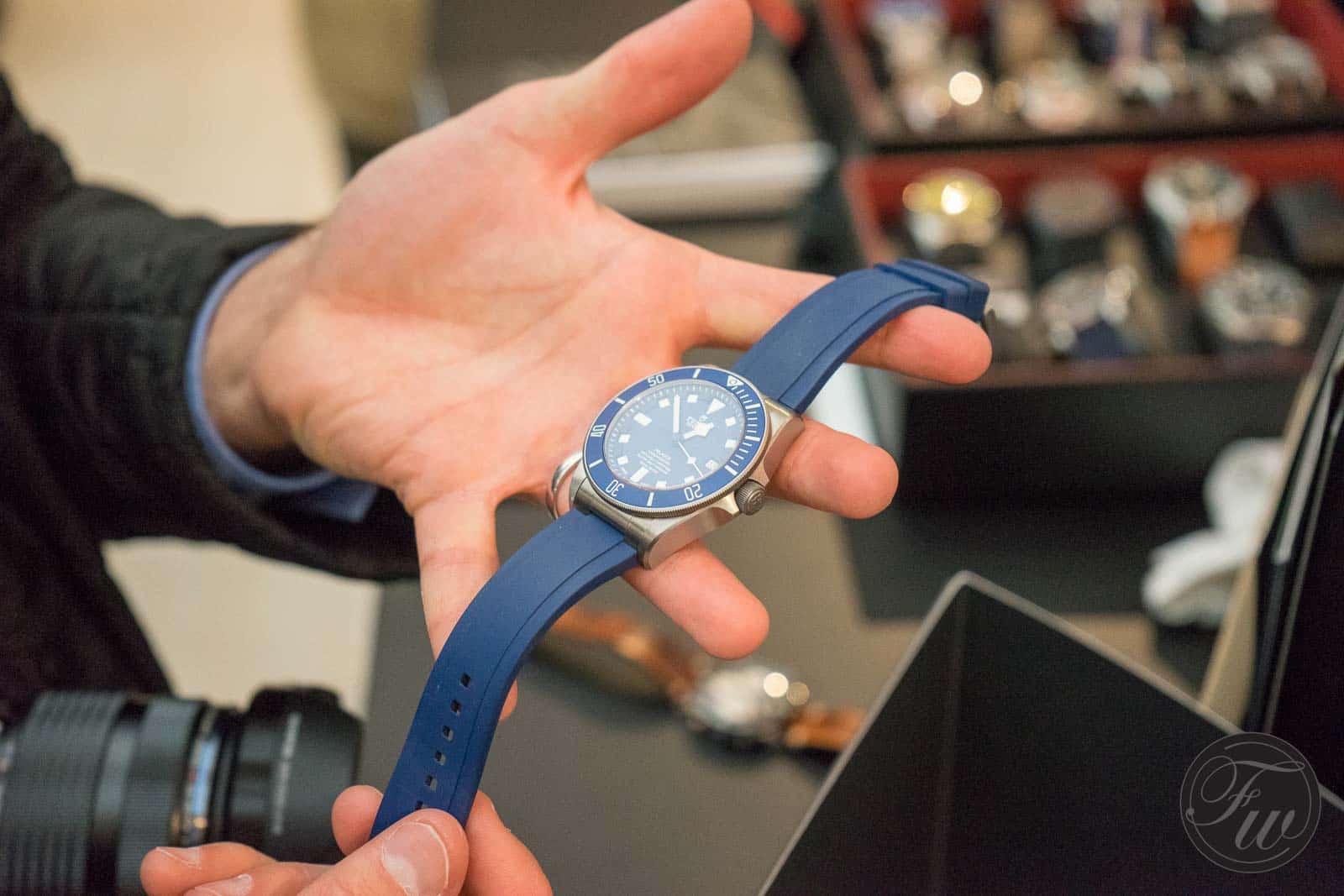 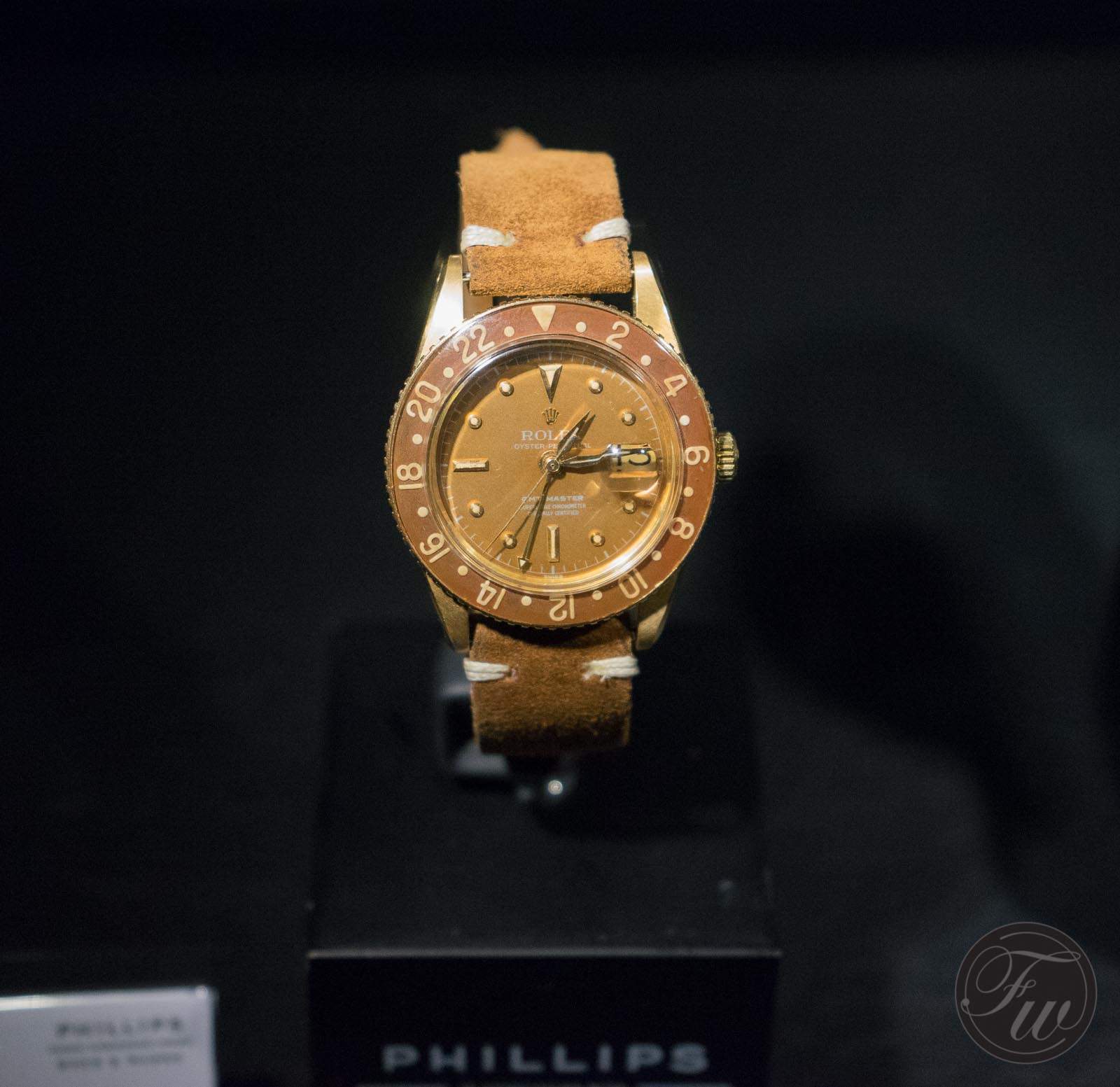 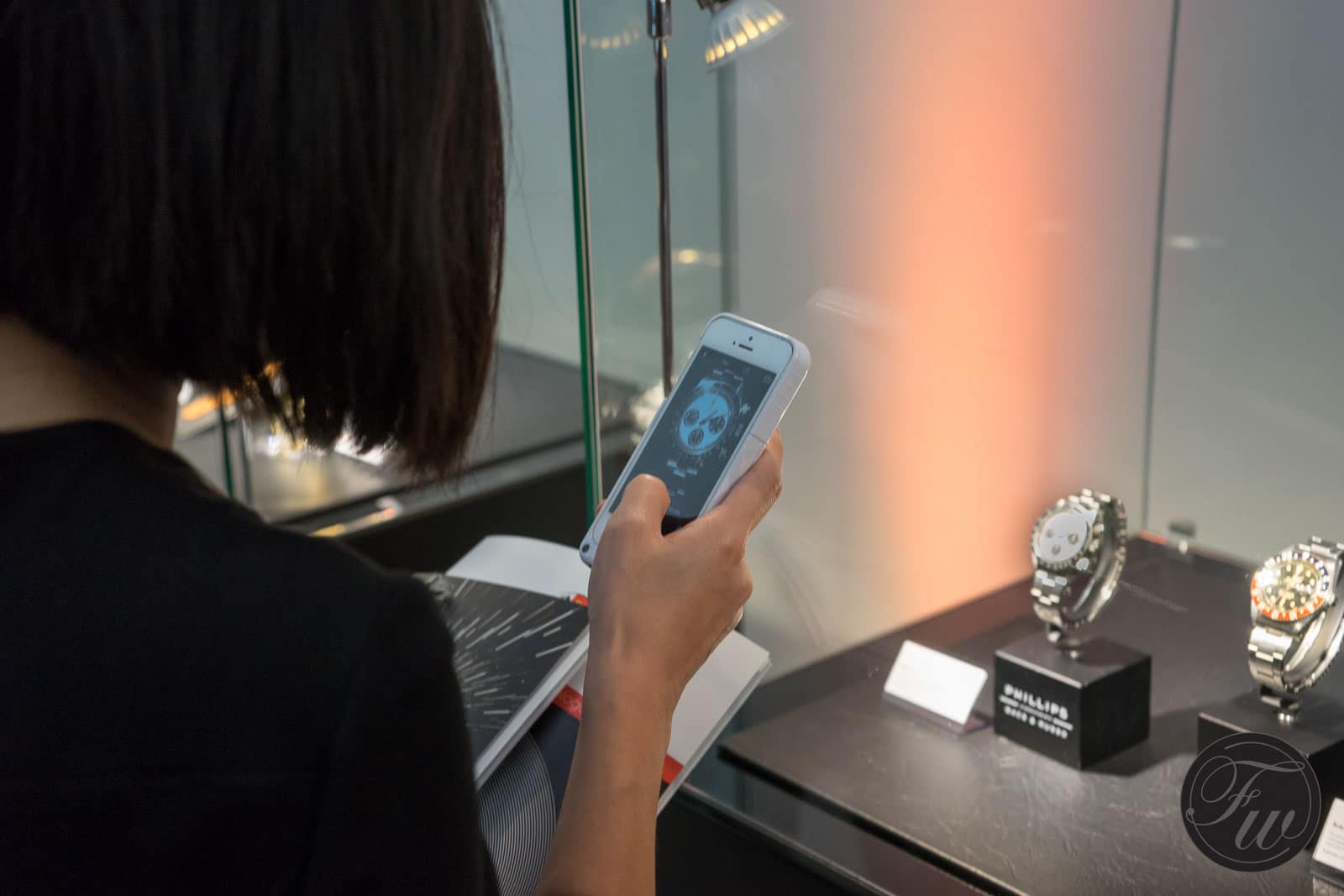 Besides watch brands, there were also some manufacturers of leather goods, winders etc. Jean Rousseau, the strap makers from Paris, were also there to give demonstrations on how they create their leather goods. They brought a wonderful selection of skins, leather straps, watch rolls and so on. Everything is possible. 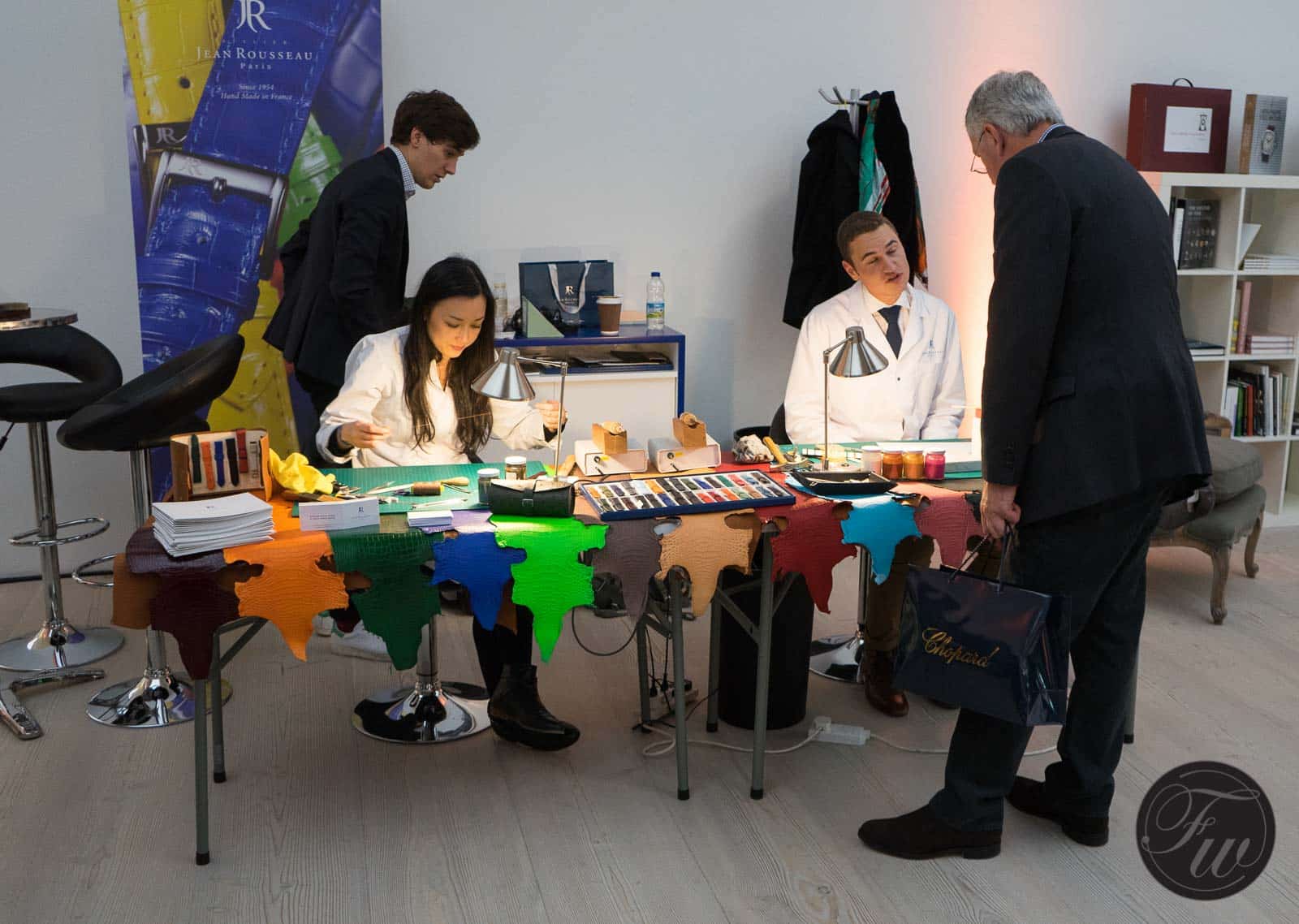 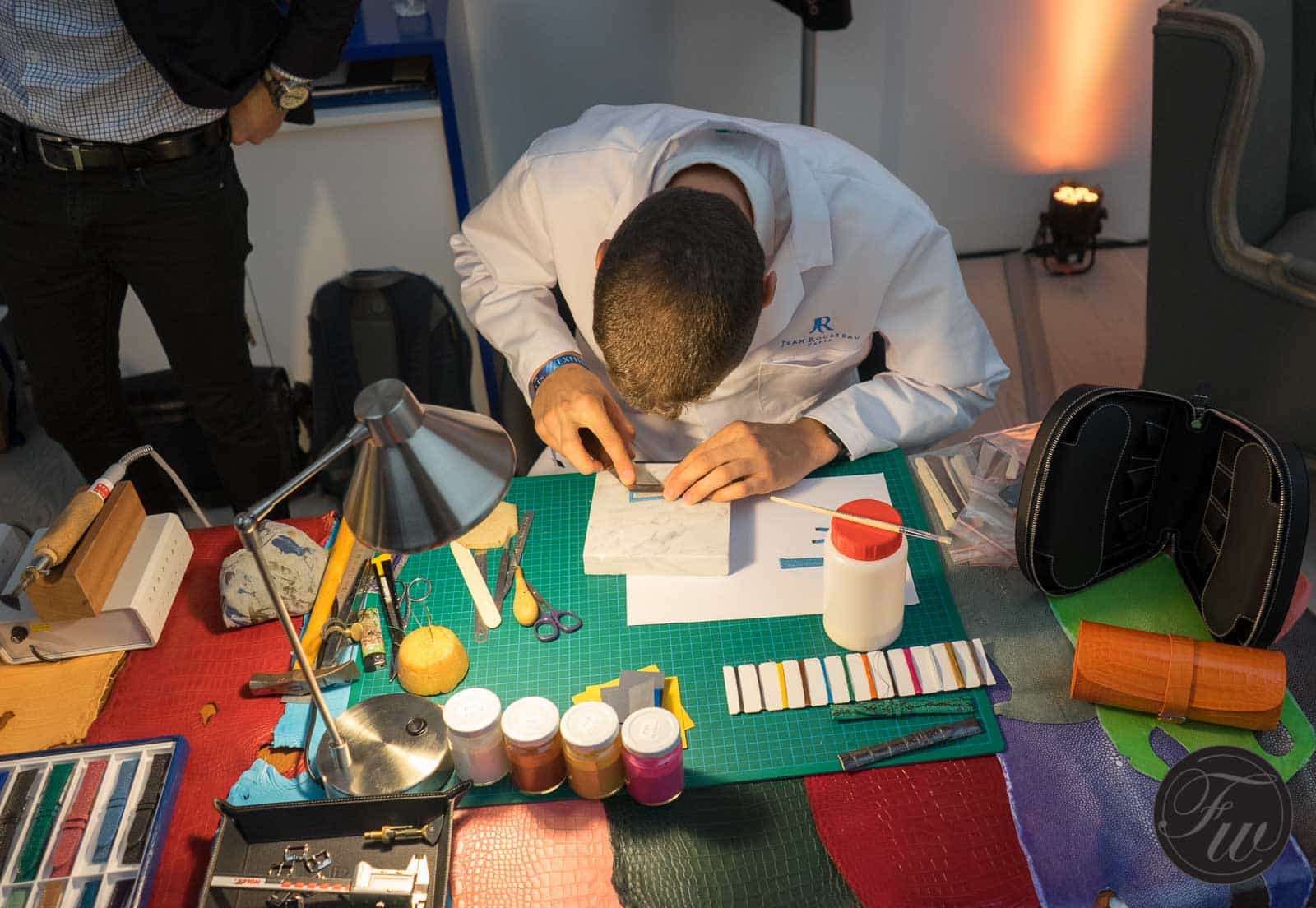 Besides seeing familiar faces from brands and other journalists, it was great to see that the SalonQP event attracted so many consumers. People with a sincere interest in mechanical watches. Where it is often difficult to get into the industry’s exhibitions like SIHH or BaselWorld (although at BaselWorld you can buy a day ticket as a private person, SIHH is on invitation only), SalonQP is one of these events where you can just buy a ticket and actually be able to talk to the brand’s representatives and try on their latest watches.

For next year, you should definitely consider to go to London and visit SalonQP. It is an amazing line-up of watch brands that bring impressive collections with them to the show. If you book your flight well in advance and get a deal through AirBNB for a place to stay, you can make it a nice weekend as well. There is enough to see in London when it comes to watches.

Soon, we will do more in-depth write-ups on the brands and watches that we’ve seen in London. We will keep you posted.

Hot Topics
When Sneaker Heads And Time Geeks Team Up — The 11 Most Iconic Sneakers And The Watches That Go With Them
58 comments
A Californian Controversy: The Origins Of The Term “California Dial” And Why It Can Mean Two Very Different Things…
50 comments
What Zenith Is Doing Wrong With Its Pilot Line And How The Brand Could Fix It
33 comments
The Best Omega Watches Of Daniel Craig’s James Bond Era — Have Your Say!
28 comments
Why The Rolex GMT-Master II 16713 “Root Beer” Is Better Than The 126711CHNR “Cough Syrup”
26 comments
Popular
(From The Archives) Shut Up & Read The Truth About Cartier Watches
George Cramer
21
10 Tips For Better Watch Photography
Bert Buijsrogge
11
#TBT Top Vintage Seiko Divers – They’re All Here!
Michael Stockton
15