Welcome to This Week in Watches for February 16, 2019.  Let’s hope you still have some money left over from Valentine’s Day as we have some new watches to show that just might tempt you.  What’s that you say?  You blew all your money on renting a Gulfstream to whisk away your significant other to Monaco and then gave him or her one of the new Richard Mille’s fashioned like candy?  Don’t fret, we have one inexpensive eye catcher for you this week –  you’ll simply have to forego one of your daily bottles of Cristal in order to afford it.  But first… 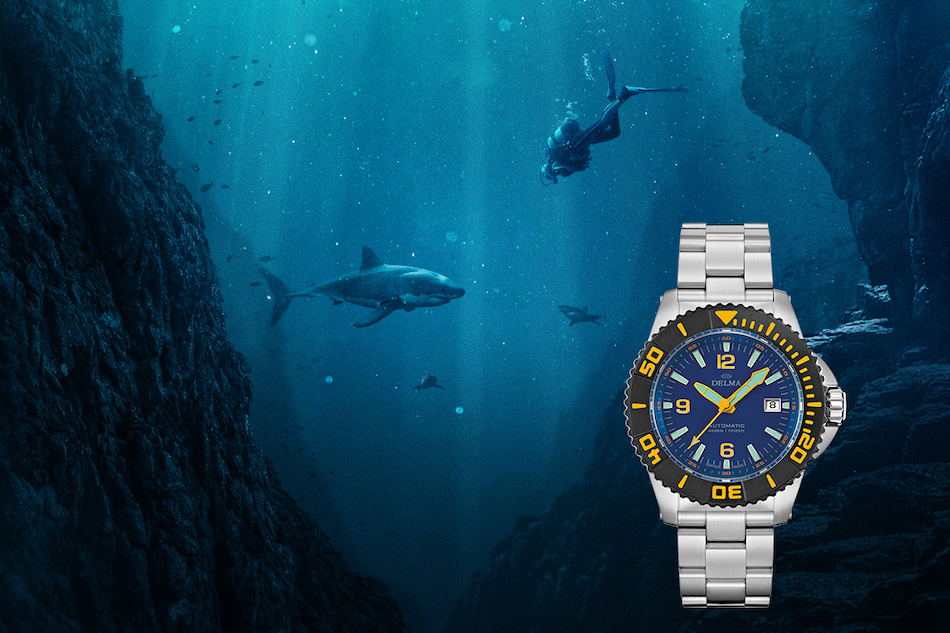 I could be wrong, but I don’t think we’ve ever featured a Delma on Fratellowatches.  Delma isn’t exactly a new name out of Switzerland and they’re actually celebrating their 95th birthday this year.  2019 also marks the 50th anniversary of the brand’s first dive watch and the brand showed a single picture of its upcoming new piece, the Delma Blue Shark II.  We know nothing about the watch aside from the fact that it claims water resistance of 4000M (!!) or 13,210 feet.  So, if you drop it over the side of the boat into deep water, you’ll be able to sleep well for the rest of your days knowing that your watch is living undisturbed on the sea floor!  All kidding aside, we will see this one at Basel next month. 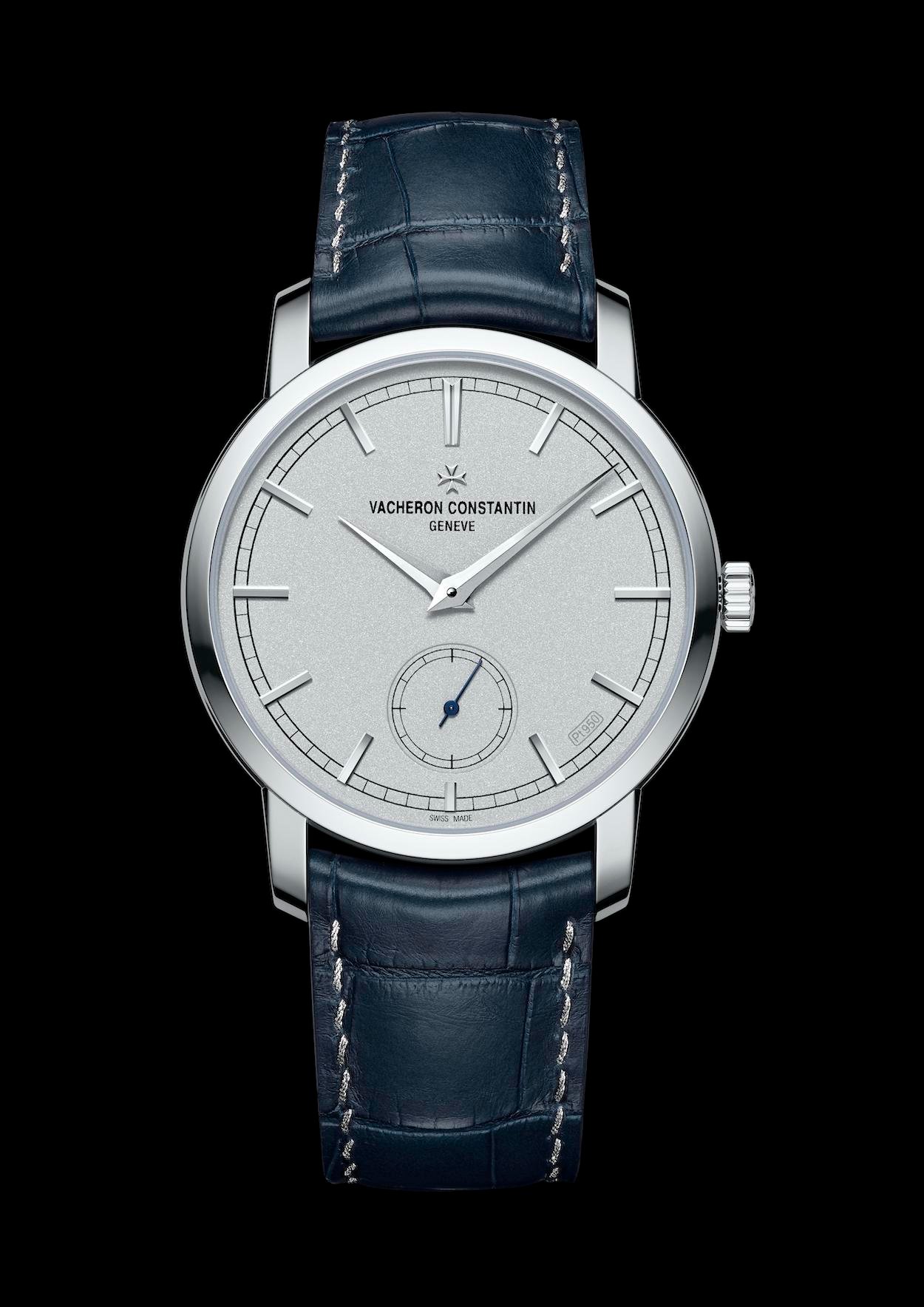 Next up is rather lovely new piece from the good folks over at Vacheron Constantin.  If all the alien-like, open-worked stuff that was so rife at SIHH has you down, don’t fear.  Vacheron brings us an all platinum version of its 38mm Traditionelle Manual-winding in an exclusive edition of 75 pieces.  Apparently, the dial, case, strap stitching, and buckle are all made of .950 platinum and the dial proudly states this between 4 and 5:00.  Only 75 will be made – all platinum pieces from V-C are limited – and it will retail for 35,600 Euros.  At 38mm (thank you!), the Platine contains the in-house 4400AS movement with 65 hours and can be viewed via a display case back.  This watch looks fantastic!  More info can be found here. 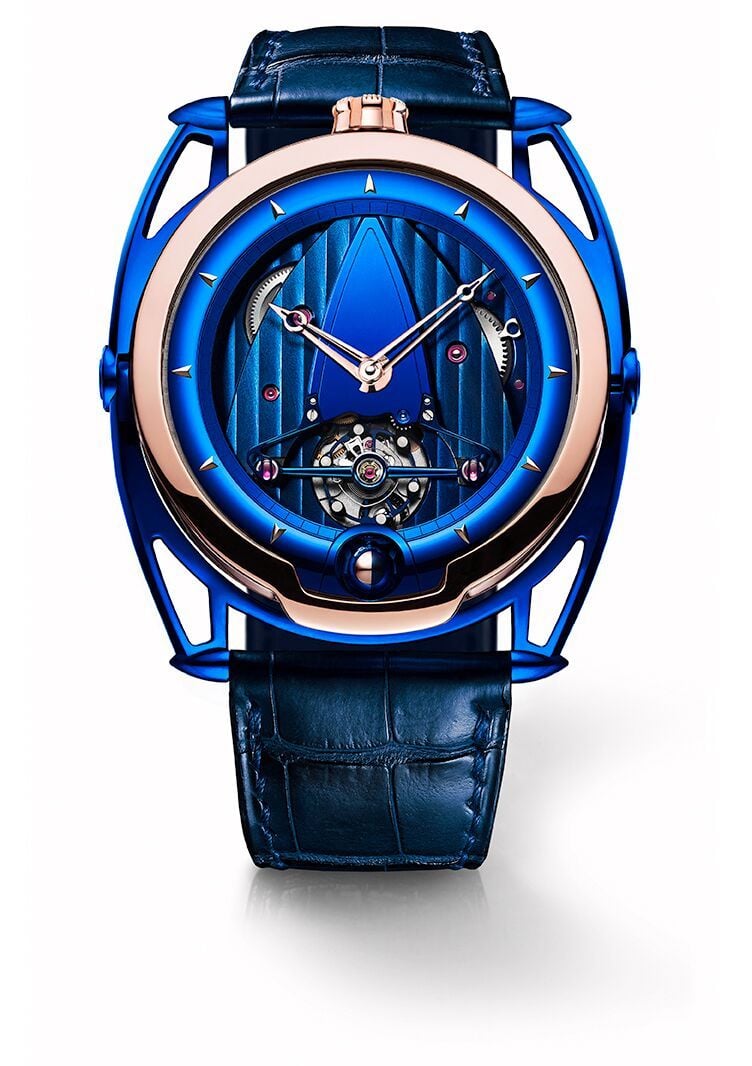 DeBethune has decided to use the 2nd installment of the Miami Watches & Wonders event to debut a highly limited (10 pieces) watch that will be made available to its top US customers.  This is decidedly different from the V-C we just looked at with its avant-garde case.  There’s pink gold at work here and the blued case is apparently heat-treated gold.  The heat treatment brings back a 16th century technique that creates a protective layer of blue oxidation.  Inside, we have a manual winding movement with moonphase function that varies by one day every 122 years.  We don’t know the price, but if you have to ask… 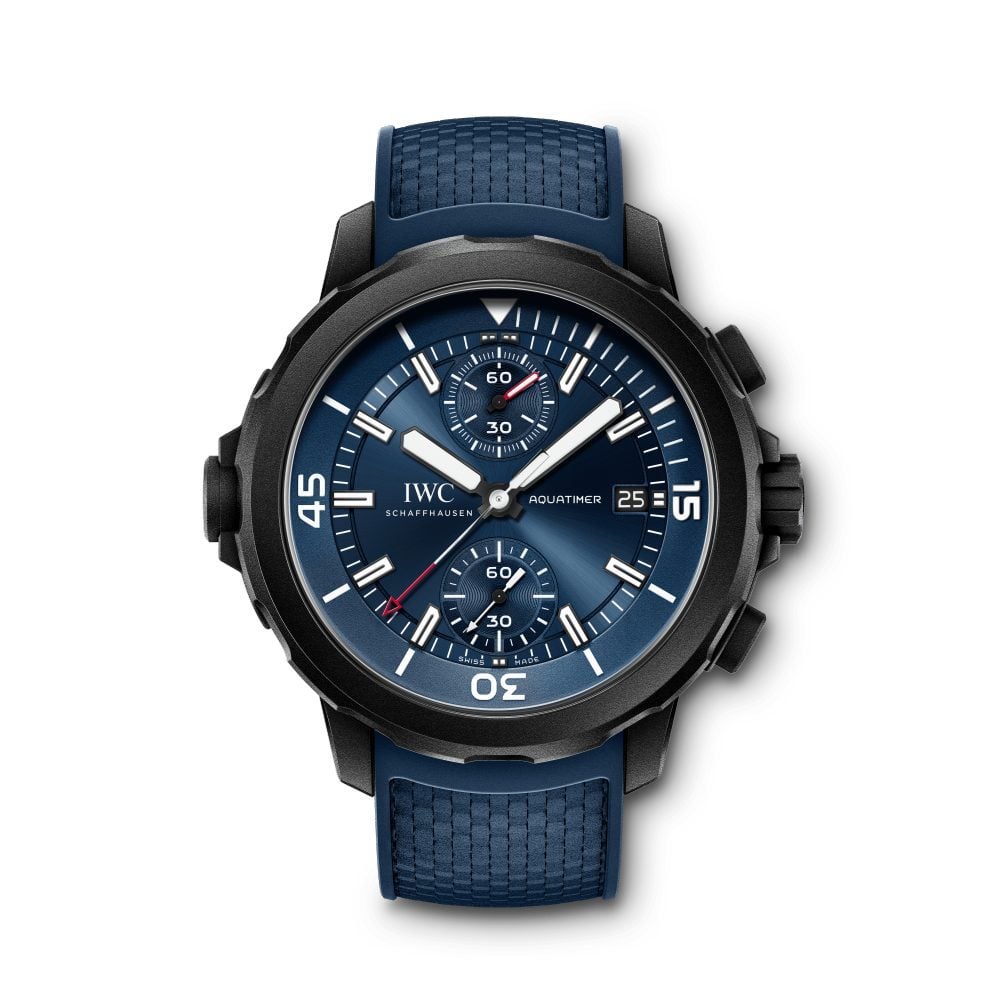 IWC showed the newest “Laureus” edition, which happens to be a 45mm Aquatimer chronograph with 22mm lugs.  While IWC’s site doesn’t tell us how many of these will be made, the case back shows a numbered edition that take us up to 1000 pieces. 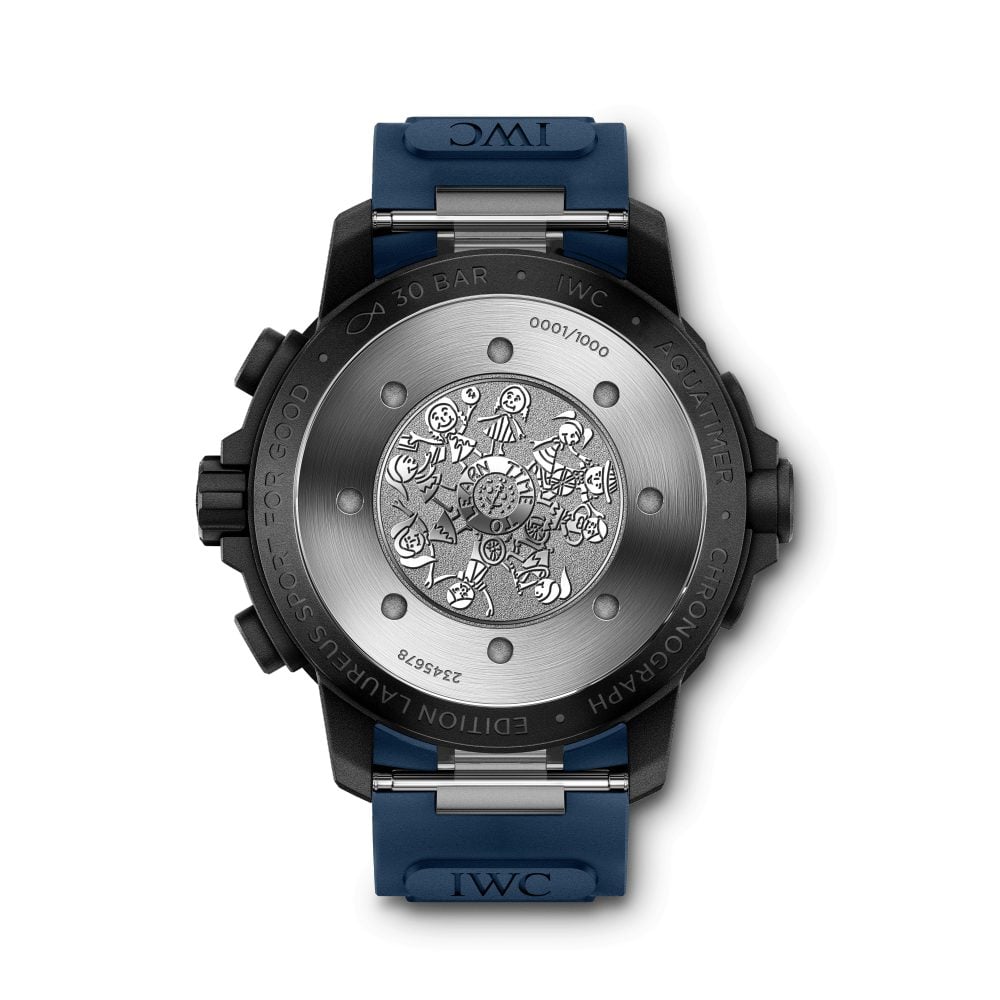 The chrono has a steel case with a vulcanized rubber coating and a navy-blue dial.  It features the in-house 89365 caliber flyback chronograph movement and is water tight down to a depth of 300m.   The Laureus chronograph comes in at 11,600 Euros and should be available now.  Head over to the IWC site for further information. 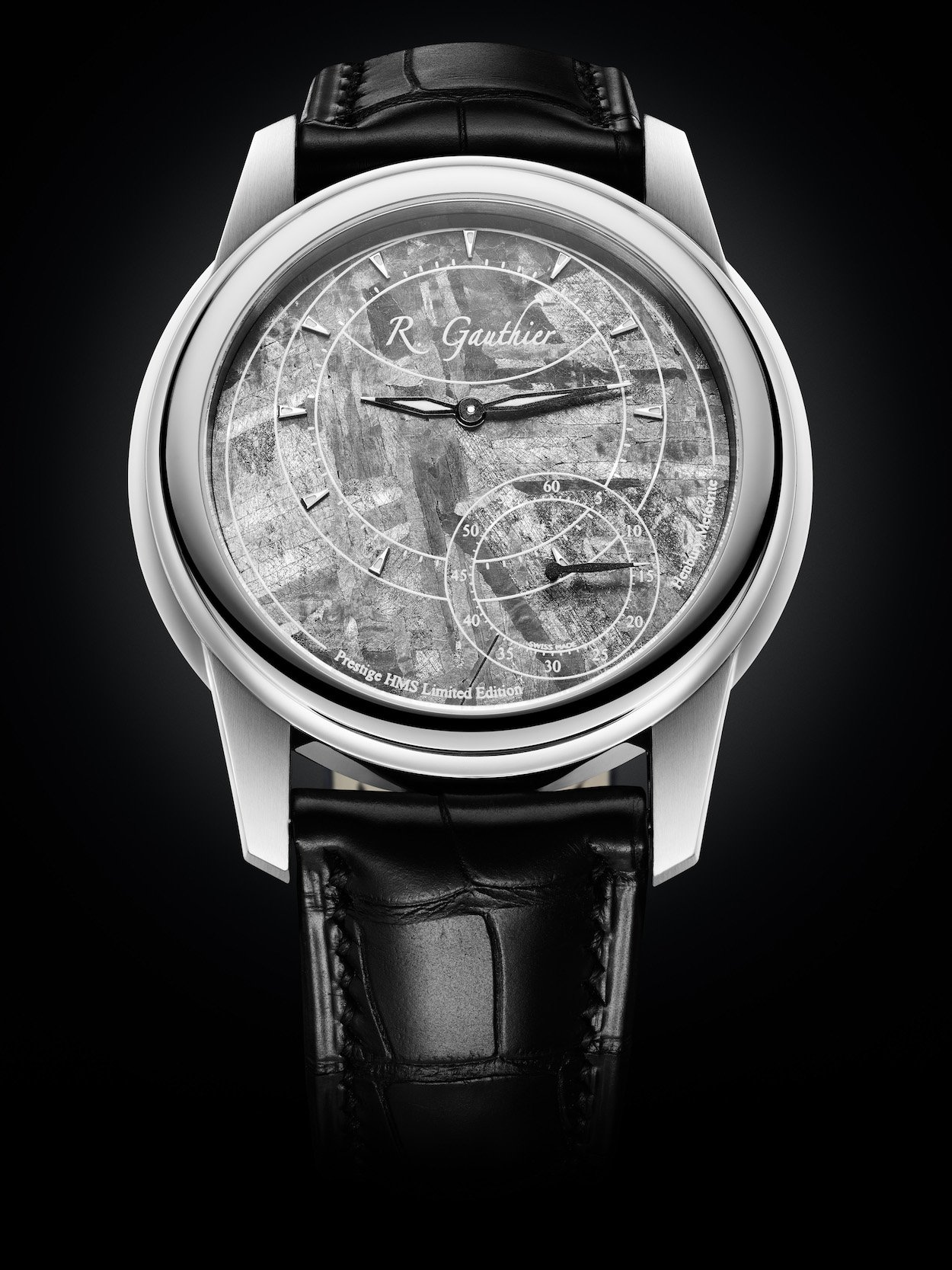 Once again on This Week in Watches, we take a look at a watch from a brand that we don’t often discuss: Romain Gauthier. 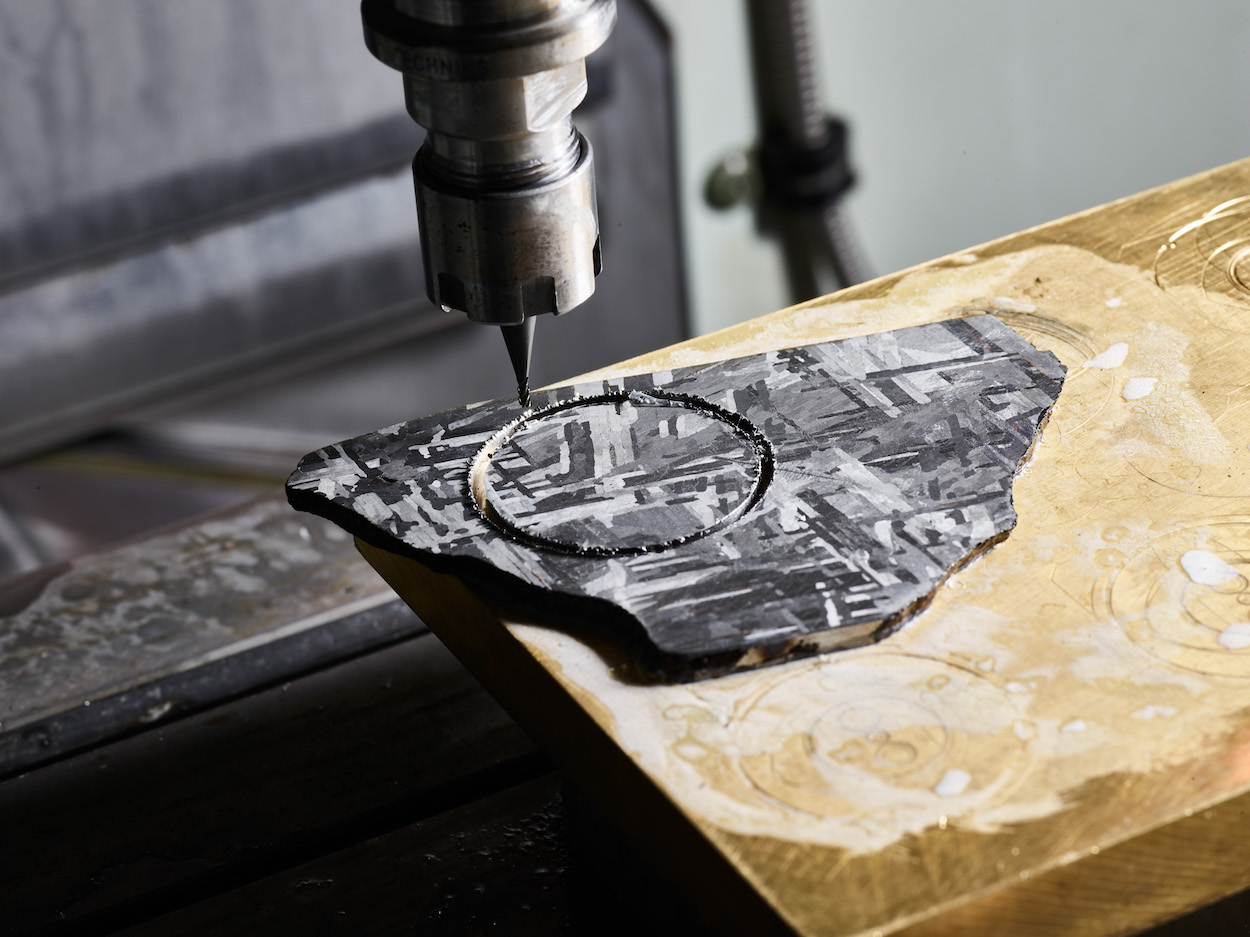 As space fans, our interest is always piqued when we see meteorites and this watch features a dial made from the famous Henbury meteorite that landed in Australia.  We’re treated to a lovely 43mm case (ok, that’s a little larger than I’d like) that houses an in-house 2206 HMS movement.  The movement has 60 hours of power reserve and is wound and set via a crown that sits flush on the bottom side of the watch. 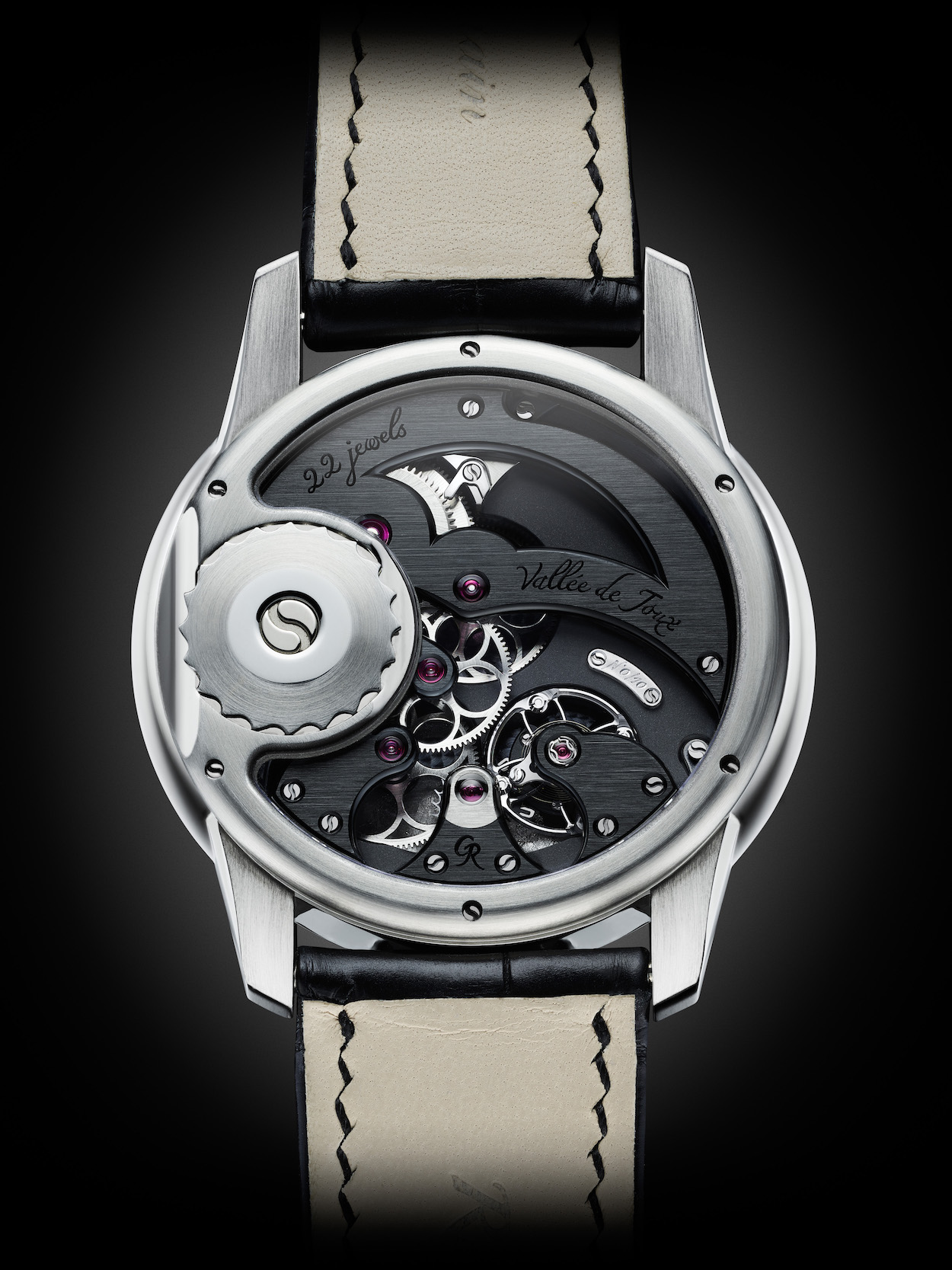 The watch actually contains lumed hands for the hour and minutes.  The sweep seconds is actually offset at around 5:00.  Once again, there’s no asking price on the site, but with only 10 scheduled to be made, you can guess that these won’t be inexpensive.  Still, a really nice-looking piece. 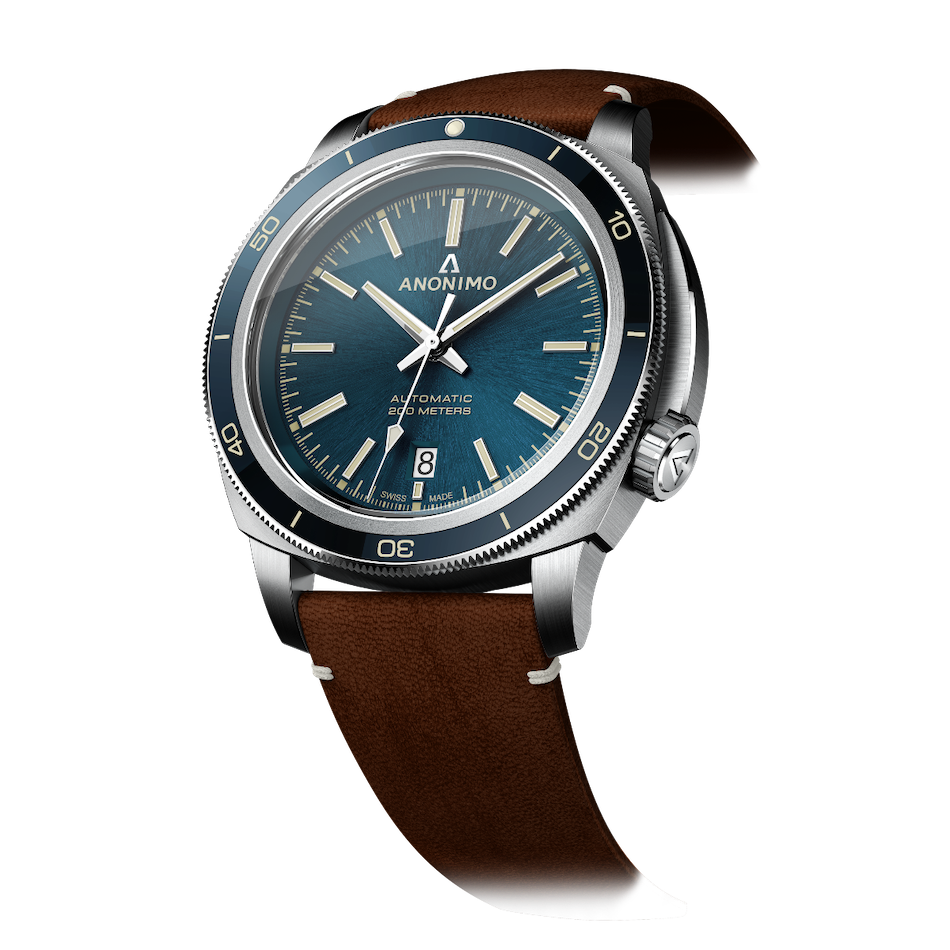 It’s funny, I can still recall seeing Anonimo’s watches in the late 90’s at Tourneau shops in the USA.  When reading the press release on the new Nautilo Vintage, I was surprised to hear that the company actually started in 1997.  They were pretty interesting watches and certainly caught a lot of looks during the “period of the Panerai”.  In any case, the brand has released a moderately sized watch that comes in at 42mm with a stainless cushion case.  It contains a bezel that actually reminds me of the earliest Seamaster 300.  The dial is a nice cobalt blue.  The 200m diver is equipped with the Sellita SW200-1 and will retail for 2,290 CHF.  That’s not cheap money for a small brand that probably comes to mind as a Panerai fighter to most out there, but it does have what looks like a nice case with some interesting detailing.  In other words, it actually doesn’t look like everything else.  I’d actually like to see one of these in the metal… 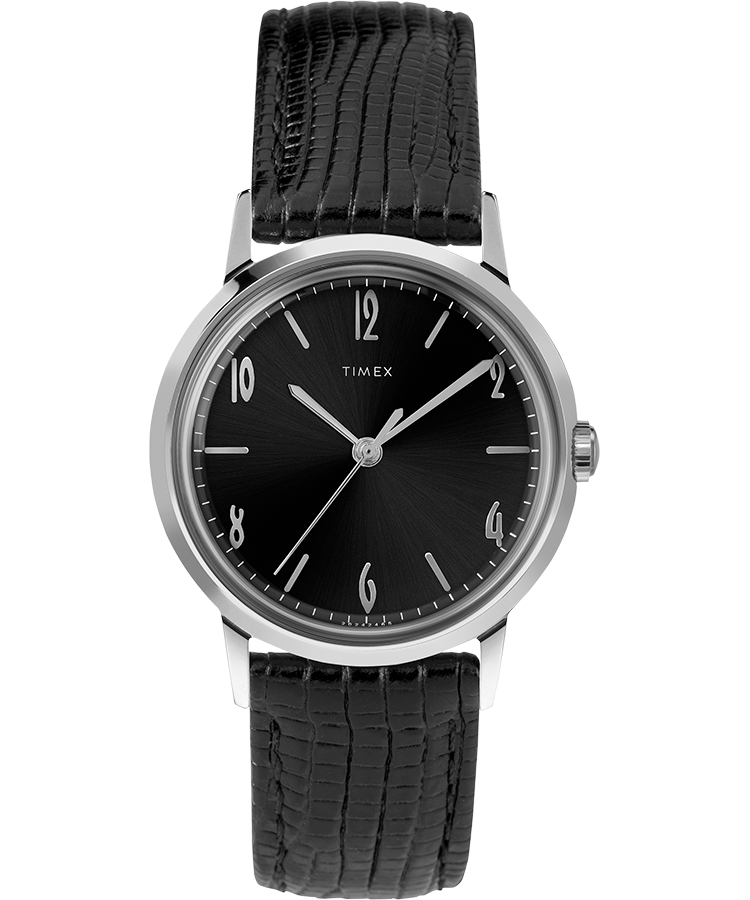 Timex really made a comeback when they reintroduced their manual wind Marlin a couple years back.  What I like most is that the watch world – both male and female – embraced a 34mm watch.  Timex has now decided to give us a “blackout” edition with the help of fashion designer Todd Snyder and it’s a really good looking watch.  There’s not too much to add here aside from the fact that it keeps the familiar 34mm stainless case with 18mm lugs and is still water resistant to 30m.  The pricing, you big Valentine’s spenders, is a very approachable $199 on their site.  As an aside, I really wish that Timex would throw this movement into some different watches.  Yes, I know that quartz is the brand’s bread and butter, but let’s hope that we see it in some military field pieces or more modern dress watches.

That’s all for This Week in Watches – we will see you again next week!

Hot Topics
When Sneaker Heads And Time Geeks Team Up — The 11 Most Iconic Sneakers And The Watches That Go With Them
62 comments
A Californian Controversy: The Origins Of The Term “California Dial” And Why It Can Mean Two Very Different Things…
51 comments
What Zenith Is Doing Wrong With Its Pilot Line And How The Brand Could Fix It
34 comments
The Best Omega Watches Of Daniel Craig’s James Bond Era — Have Your Say!
28 comments
Why The Rolex GMT-Master II 16713 “Root Beer” Is Better Than The 126711CHNR “Cough Syrup”
26 comments
Popular
#TBT Top Vintage Seiko Divers – They’re All Here!
Michael Stockton
15
Hands-On Grand Seiko SBGA373G (Spring Drive) Review [VIDEO]
Robert-Jan Broer
11
Why Are There No Stainless Steel Rolex Watches Available?
Robert-Jan Broer
111