What’s up Kumpels? It’s time for This Week in Watches – February 2, 2019. You know, before I began pulling this weekly article together, I had no idea that there were so many new releases each and every week. Now, I do think that increasing digital communication in conjunction with the exit of some brands from the big shows is exacerbating things. Whatever the case, there’s always something to report. For example… 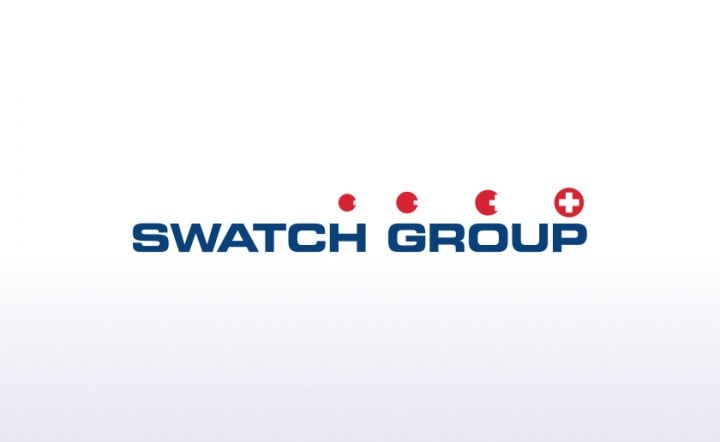 The Swatch Group Rakes It In

The Swatch Group announced its 2018 earnings and they were up 6.1% YoY to nearly 8.5 billion CHF (5.7% if FX rates were held constant). The brand noted that it added roughly 1700 jobs and that its components factories were running at or above capacity for most of the year – particularly on products for Omega and Longines. Now, we know why those Speedy Tuesday’s don’t ship the day after your order is confirmed! Interestingly, the massive conglomerate noted that Q4 was slower compared to some very high numbers during that quarter in 2017. Is it a slowing trend or an aberration? Let’s see, but the Swatch Group claims that it’s off to a roaring start in 2019 as January showed real momentum. You can read more on TSG’s official site. 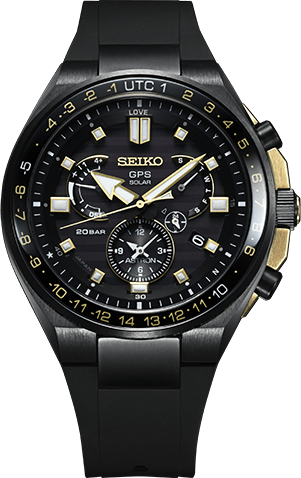 Novak Djokovic Wins the Australian Open for the Seventh Time

Seiko always sends us a press release when Novak Djokovic wins a major and he’s done at again. With his win at the recent Australian Open, he’s now won the tournament 7 times – 1 more than anyone else. It’s apparently also his 3rd straight Grand Slam win, so congrats to Novak! Seiko also reminds us that he rocks an Astron while he’s prowling the courts. We’ve not spent much time showing you the SSE174J1 – a limited edition of 1500 pieces that we first saw at Baselworld 2018. It’s not new news, but the watch only started hitting shelves last September. At 2,799 Euros, the 46.7mm titanium chronograph is unique looking, but possibly priced more for those who carry a country club membership. 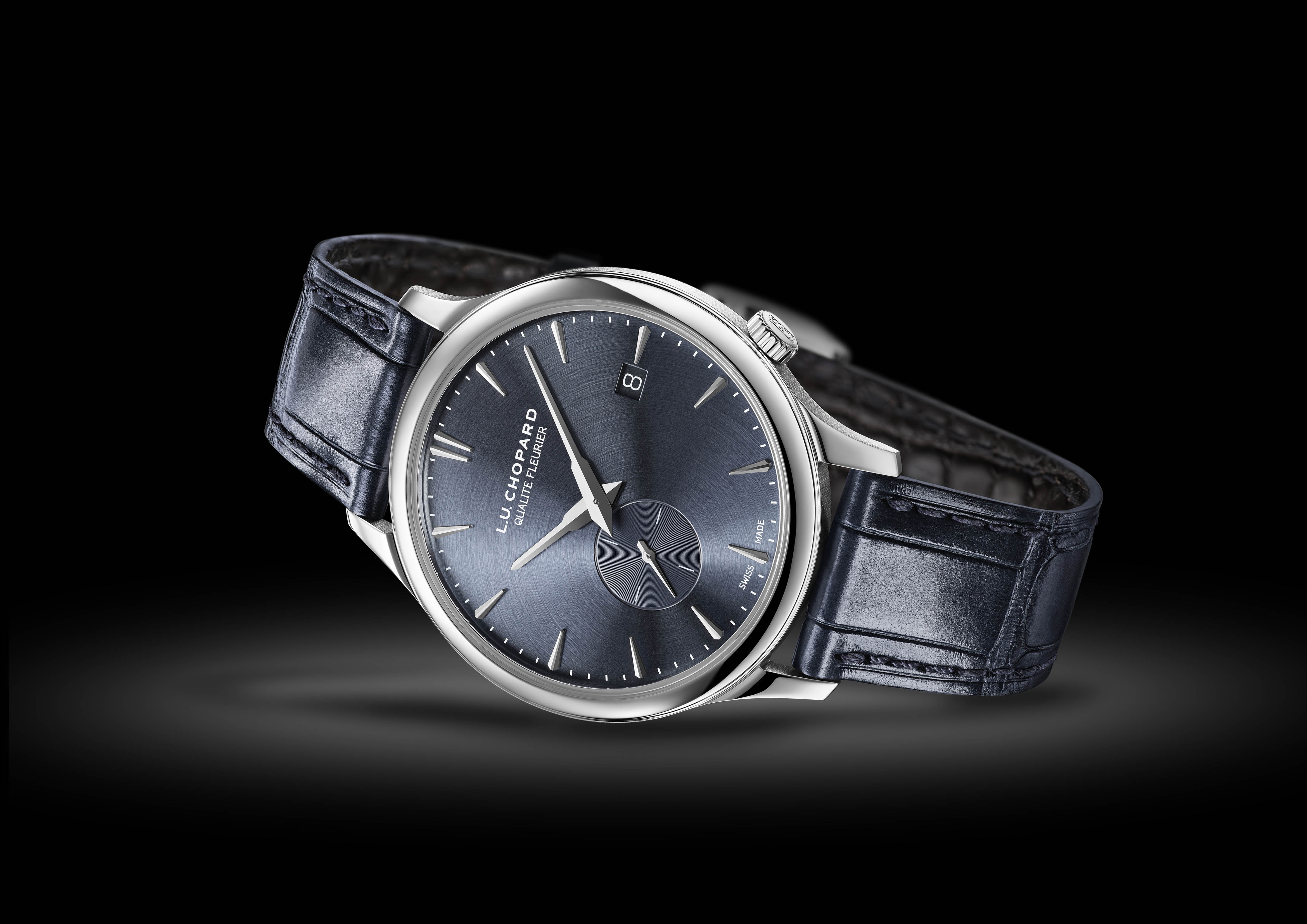 Chopard sent us their first pre-Basel announcement and despite the name that sounds more like a Jaguar sports sedan (XPS Twist QF), this is a lovely looking watch. We have a 250-piece limited edition in “fairmined” white gold at 40mm. The watch features a date, a sub seconds dial that has been shifted or “twisted” by 30 degrees to create an asymmetric look. With its blue-grey dial, I really like the looks. Powering the LUC is the brand’s 96.26-L movement, which is a 3.3mm thick automatic. Pricing wasn’t shown in the press release but the “normal” LUC XPS model where the sub seconds are at 6:00 lists for 16,000 CHF so use that as a guide. 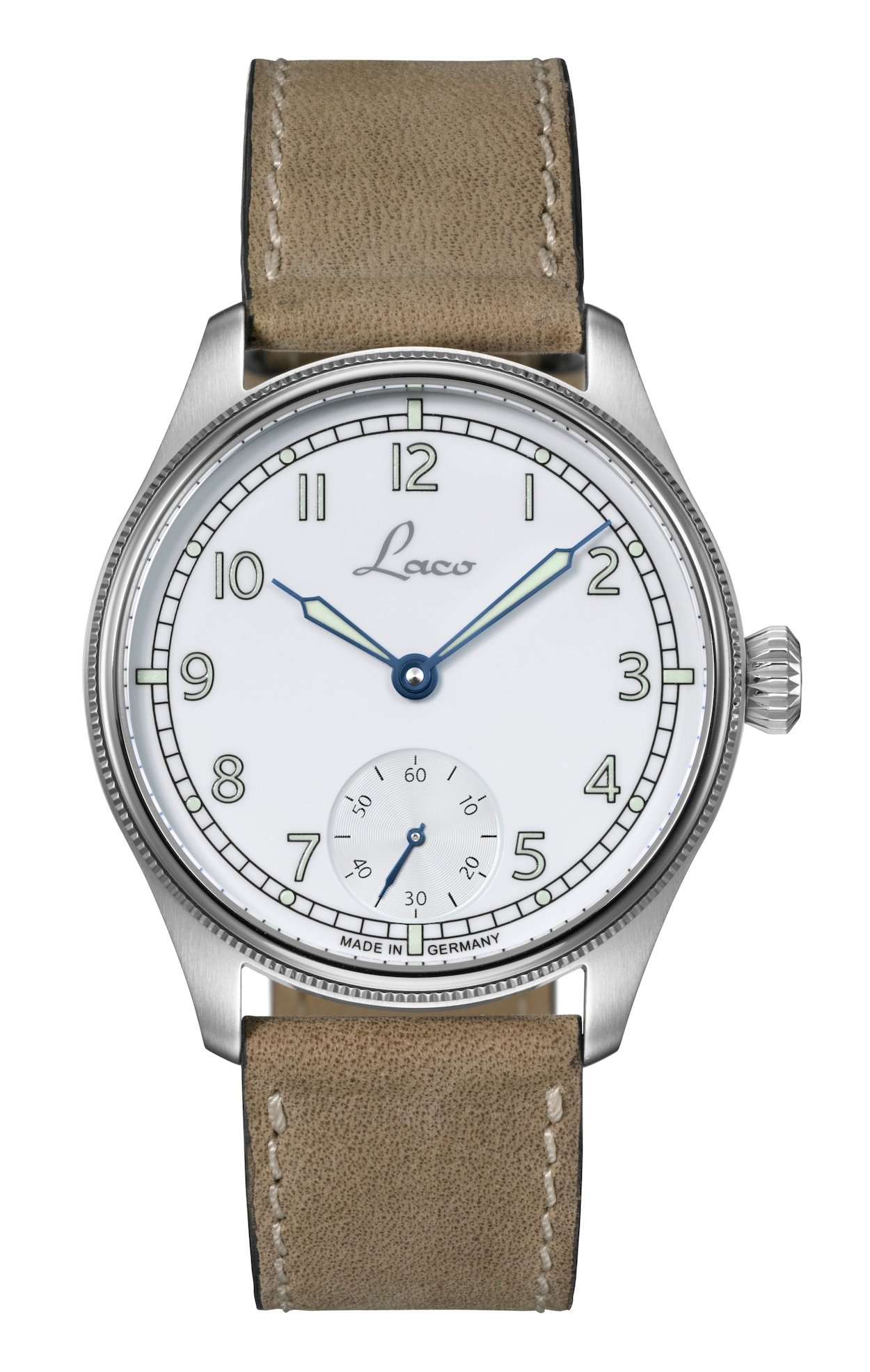 We received some pre-Basel info from the Fatherland this week in the form of new models from Laco. The brand dropped a couple of stunners in the Cuxhaven (white dial) and Bremerhaven (black dial). The watches are meant to evoke vintage marine models as well as drawing some inspiration from the brand’s historic pocket watches. At 42.5mm and with a manual wind Laco 98 (ETA 6498.1), these look great. 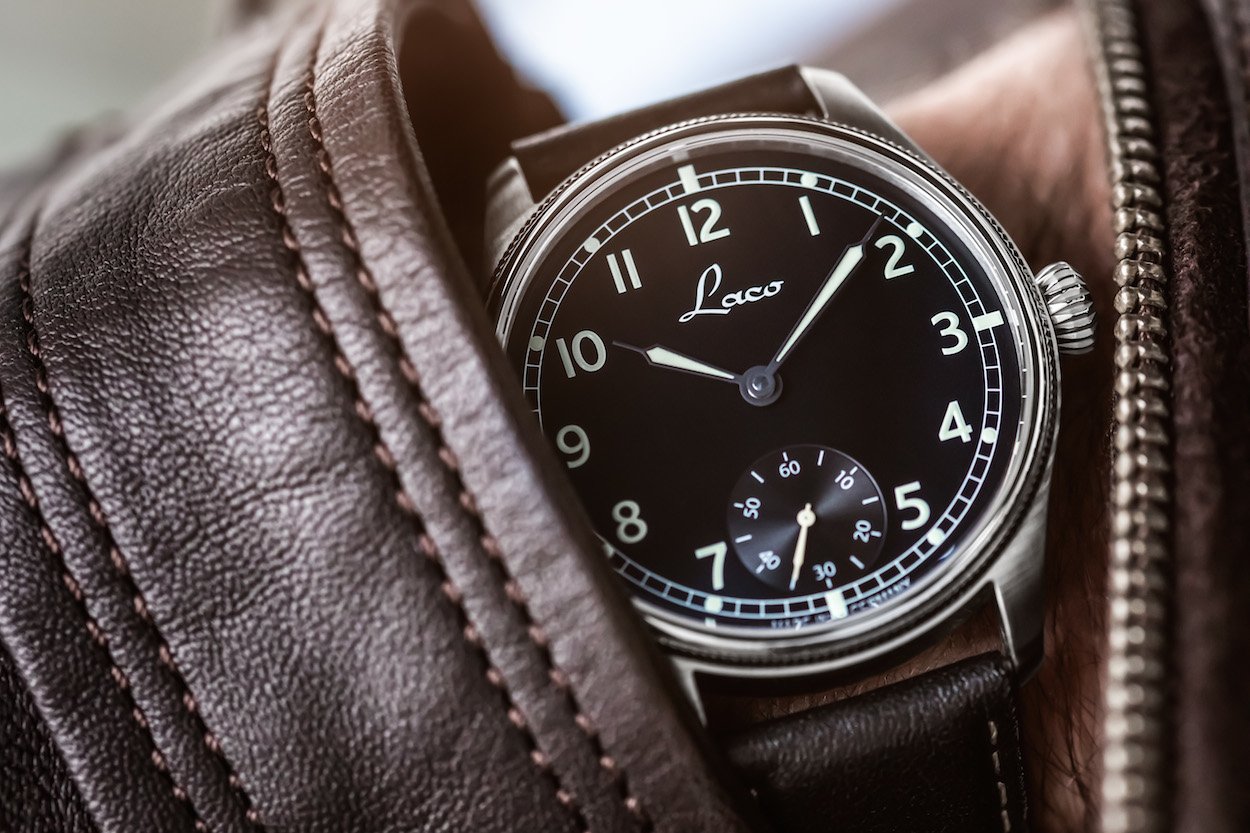 Yes, they’re a tad larger than I’d like, but let’s see how they fit once we see them at Basel. The lumed hands and Arabic dial combined with a small inset seconds dial make them a bit different than the typical German military-themed watches on sale.   At 980 Euros, I’m excited to see them in the metal. The watches seem to be available now and can be seen on their official site. 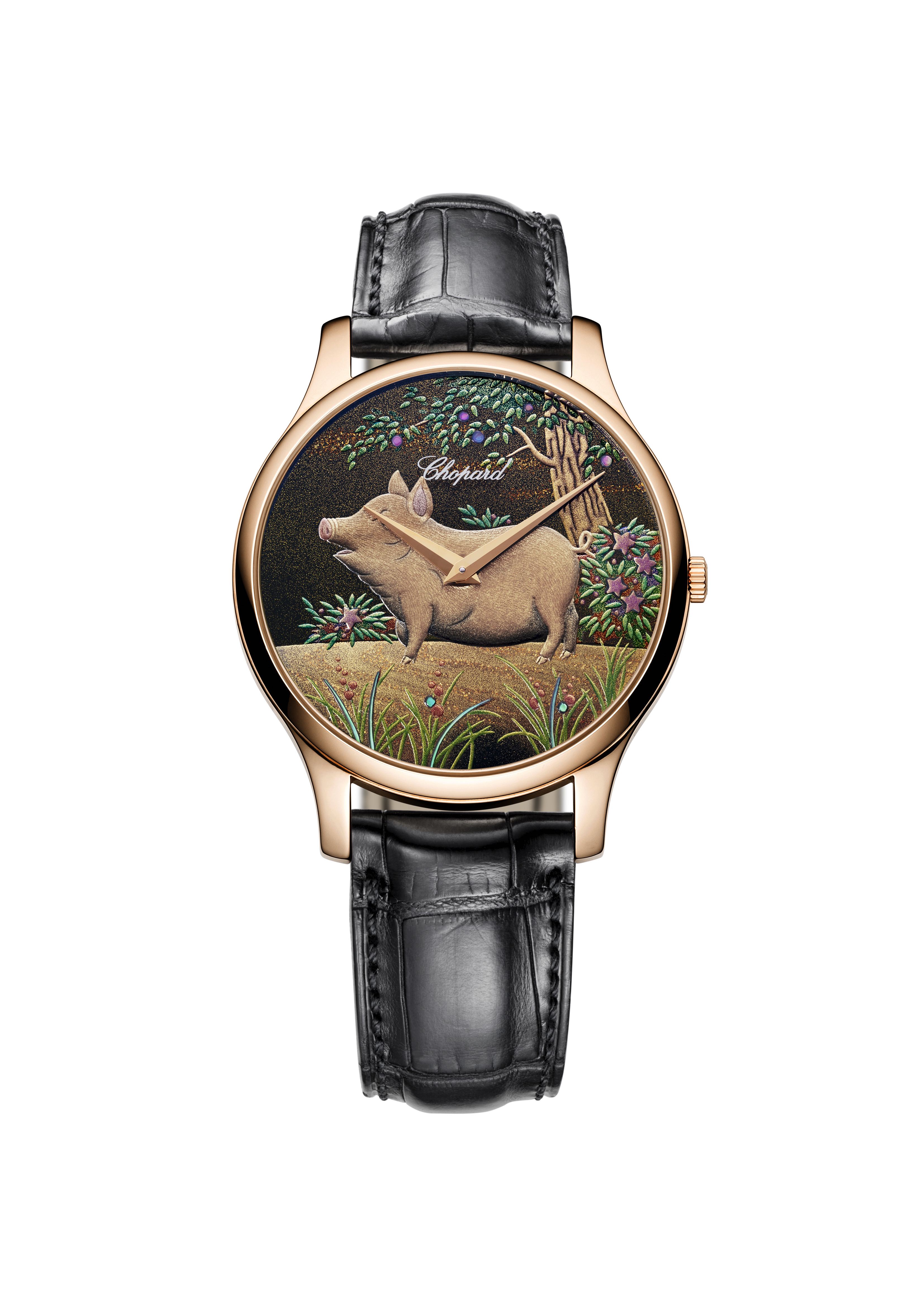 The Year of the Pig – Oink Oink!

Pigs are intelligent animals that have loads of personality. However, they also like to roll around in the mud. Then again, our cameraman Bert likes to eat them. So, I am not sure where I stand on the porcine species, but wearing one on my wrist wouldn’t be a likely choice. Still, for more than a billion people on our planet, the Year of the Pig is coming – on February 5th. Dragons may be tougher and meaner, but they’re soooo not 2019. Chopard gives us a look at its newest addition to its Urushi line (Japanese lacquerware) and we have a view of a beautifully painted pig – but – it’s still a pig sans perfume or not. With only 88 pieces (those 8’s are a big deal) and in a 39.5mm rose gold case, the watch features LUC’s 96.17-L automatic with micro-rotor. I’m sure they’ll sell these exquisitely crafted pieces at whatever price (I found another Urushi for roughly 24,000 CHF) – just not to me – maybe Bert will get one to pair with his evening BBQ’ing, but something tells me he’d prefer a cow. 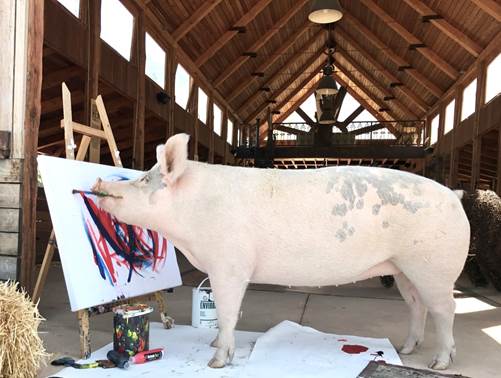 Celebrating the lighter side of Chinese New Year, we have a fun entry from none other than those funsters at Swatch. As part of their Art Series, Swatch has chosen to celebrate the “Schweine-Dame Ms. Pigcasso”, yes – a pig that paints – with an edition of 2019 pieces. 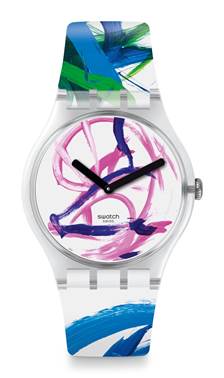 The piece will be available online on February 5th (naturally) and in Frankfurt and Hamburg. I’m guessing they’ll be in other cities as well. For 110 Euros, it’s fun and lighthearted and goes to show that about anyone or anything can create modern art. 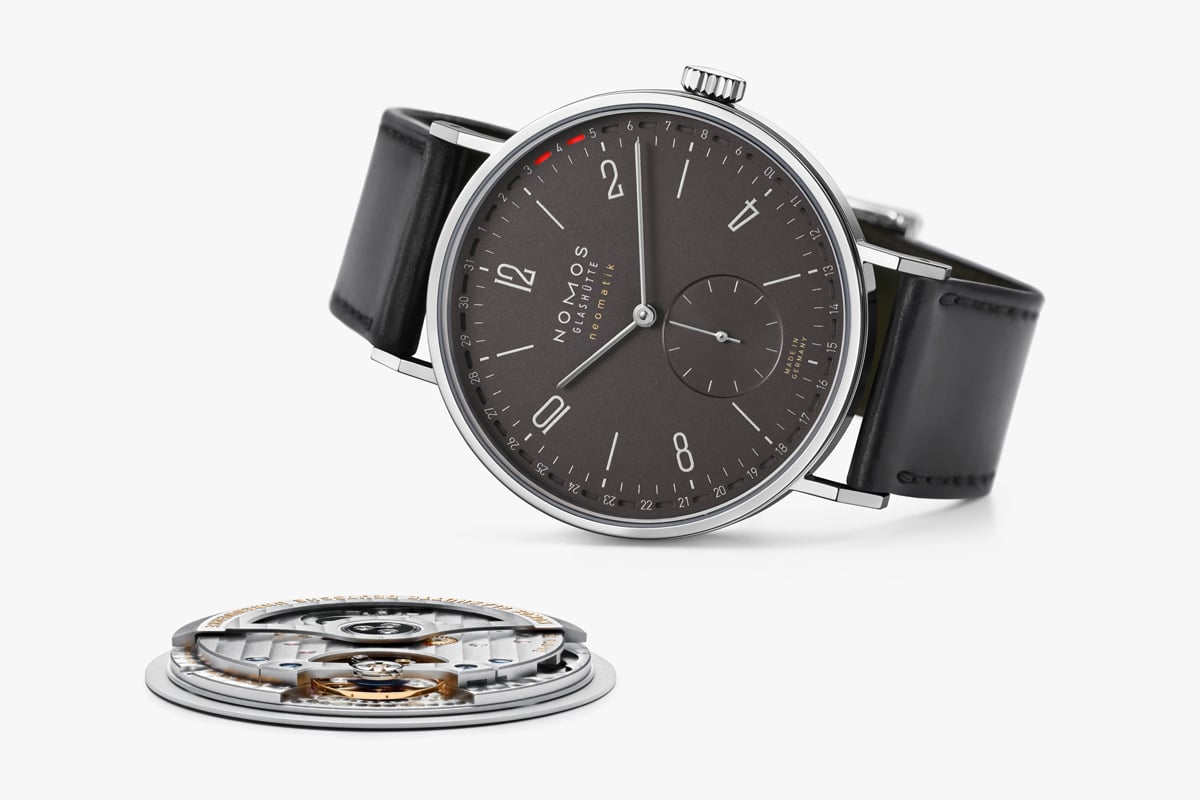 Nomos gets things rolling in advance of Basel with a new dial color for its Tangente Neomatik 41 and the color is explained as “dark platinum”. Apparently, ruthenium is the culprit at work here that gives the watch a new, darker hue to its face. If you’ll recall, the Update innovatively displays the date by highlighting windows on either side of the date around the edge of the dial. The 41mm piece in stainless will begin shipping in Spring and can be had for 3,200 Euros – the same price as the white dial. More info can be found on Nomos’ official site. 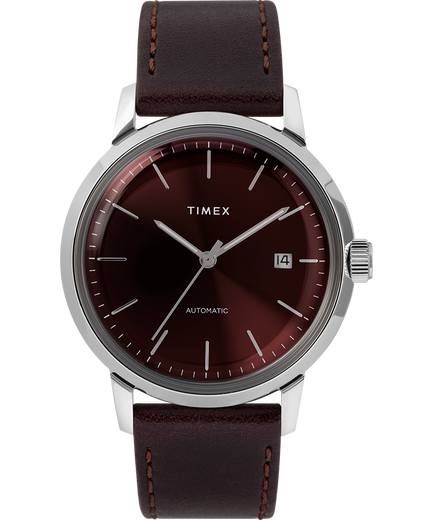 Ok, so the Timex Marlin Automatic isn’t new, but ever since I ordered a Snoopy Marlin for Gerard, the brand emails me 2-3 times per day. They’re tenacious! Anyhow, the Automatic line for the 40mm Marlin was introduced back in October, but I received an email this past week. I clicked on it (see, all those emails work) and found an online exclusive of this watch in a burgundy color that I’d never seen. For $249, that’s not terrible. Have a look-see here. 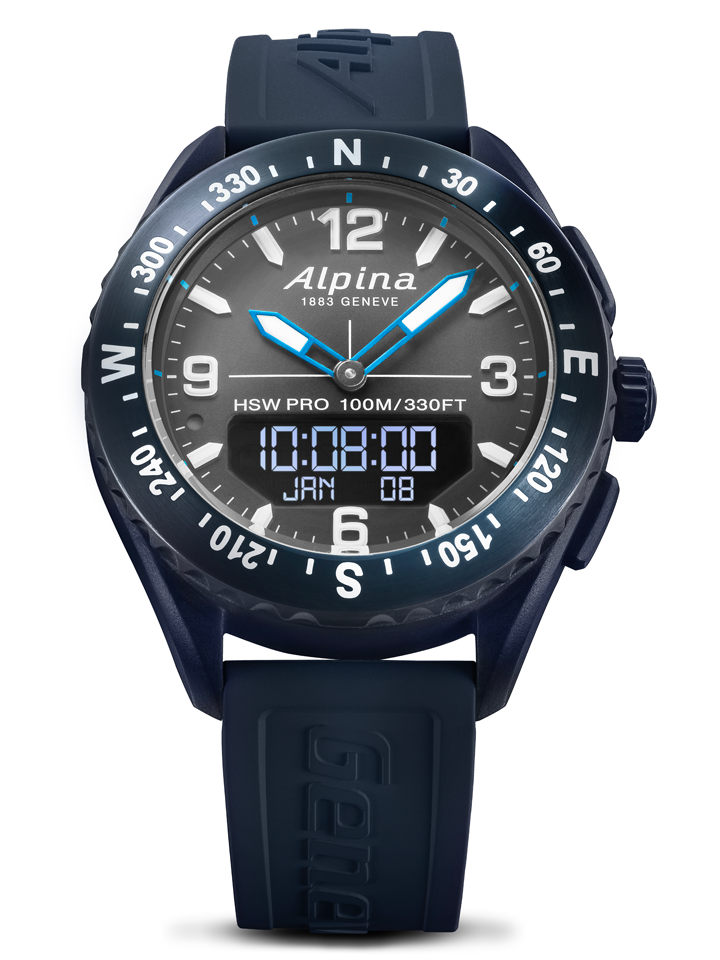 Alpina sent us an email stating that sales were up by 35% in 2018 vs 2017. That’s a pretty big deal for the brand owned by Frederique Constant that’s owned by Citizen (got that?). Apparently, Alpina’s focus on smart watches, a low entry price combined with over 300 additional new points of sale are helping to grow the brand. This AlpinerX (we’re showing a new limited edition of 25 models) smart watch is apparently leading the pack. Check out some other versions here. 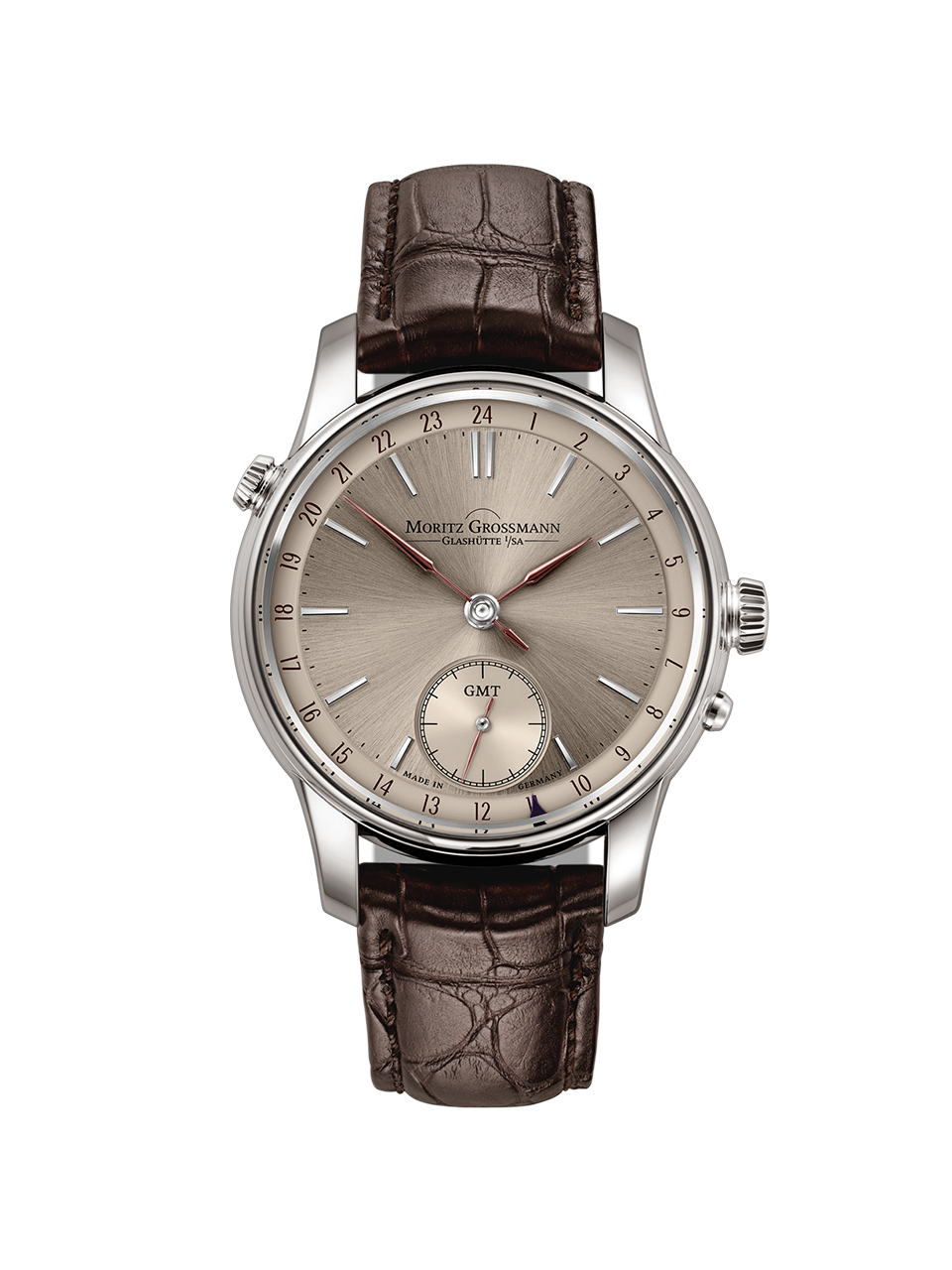 If you’re sick and tired of trying to find one of the new Rolex GMT’s, perhaps you’ll fancy the GMT from Moritz Grossmann. While I am sure it’s more expensive, it’s actually rare. The Glashütte-based watchmaker introduced a new piece – available in either rose or white gold – on January 30th in Dubai. It contains an in-house movement – the manual 100.8 and from what I read, has some interesting functionality. The large hands move around the dial every 12 hours, but there’s an arrow that can be set to show the time zone in 24-hour time format. That 24-hour scale is around the edge of the dial and the arrow can be set independently from the 12-hour (home) time zone via the 10:00 crown in hourly increments. The watch is 41mm in diameter and 11.85mm thick – more information can be found here. 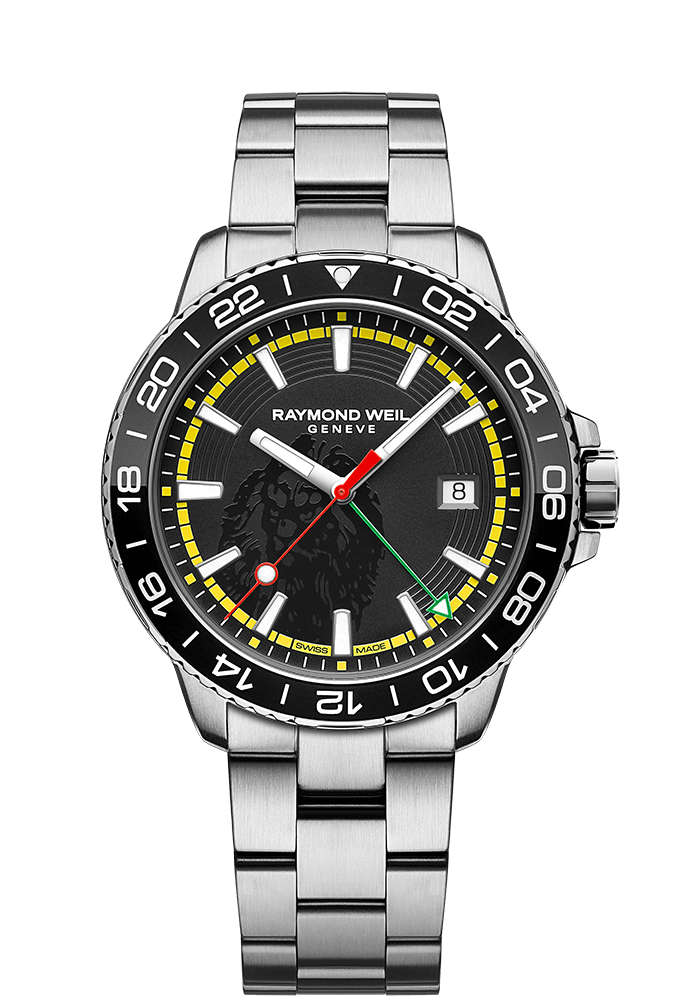 It’s odd that I was listening to Bob Marley the other day for a couple of reasons. First, I rarely listen to reggae, but I yearning for something that reminded me of warmer climes. Second, the next day, I received word of this Bob Marley-inspired Tango limited edition of 1500 pieces from Raymond Weil. I’ll be honest, this seems pretty contrived, but Raymond Weil – in the press info – tells us that the first Marley piece (the Caribbean chronograph) sold out almost immediately in 2017. So, who am I to think that these won’t be popular? If this is your bag, I guess you’ll dig the lion’s head, Ethiopian flag colors, and the fact that it’s a quartz 42mm steel GMT with 300m of water resistance. I couldn’t find a price but I’d guess somewhere well south of $2,000 – more info can be found here. 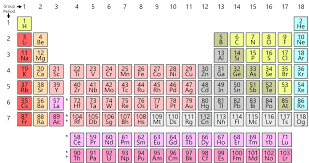 Taking You Back to School

I was bumbling around on the web this past week and stumbled across something on the LA Times that’s thankfully not politically motivated (no small feat, by the way). Apparently, last Tuesday kicked off celebrations for the 150th anniversary of one of the most famous graphics seen in schools around the world – the Periodic Table of Elements. As someone with an engineering background (a major that kicked my butt repeatedly for 4 years), I saw a lot of this table and was always fascinated by how much info was contained on it, but also how lopsided it seemed. Well, I later figured out why, but this article breaks things down in an interesting way, talks about its inventor Dmitri Mendeleev, and how he used the table to predict the finding of future elements. It’s neat stuff even if you don’t care about the subject (the best kind of reading is that which you pulls you into a subject you normally care nothing about) and shows that, despite all that has been discovered, this old tool still stands with us. It’s kind of like our old, or new, mechanical watches.

That’s all for This Week in Watches – see you next week!

Hot Topics
A Californian Controversy: The Origins Of The Term “California Dial” And Why It Can Mean Two Very Different Things…
33 comments
The New NOMOS Glashütte Autobahn Director’s Cut Shifts The Model Into A Vibrant Lane
30 comments
A Hands-On Omega Speedmaster Chronoscope Review — On The Wrist For Two Weeks
27 comments
The Best Omega Watches Of Daniel Craig’s James Bond Era — Have Your Say!
26 comments
Why The Rolex GMT-Master II 16713 “Root Beer” Is Better Than The 126711CHNR “Cough Syrup”
25 comments
Popular
Rolex GMT-Master History And Overview Of All Major References
Robert-Jan Broer
15
You Asked Us: Tissot Powermatic 80 Seastar 1000 or Longines HydroConquest
Robert-Jan Broer
10
The Omega Seamaster Diver 300M Returns – On The Wrist Of Daniel Craig
Paul Dezentjé
13