Welcome to This Week in Watches for January 27, 2019. We’ve got your weekly roundup of all that’s new this week. If last week’s theme was open-worked dials (if I don’t see another for quite some time, I won’t be upset), this week seems to be about black-cased watches. What was once a hallmark of the mid to late 2000’s is here to stay whether you like it or not. Personally, I’d struggle to wear these watches day in and day out as they’re a bit too sporty, but I suppose everyone needs some weekend wear. Without further ado… 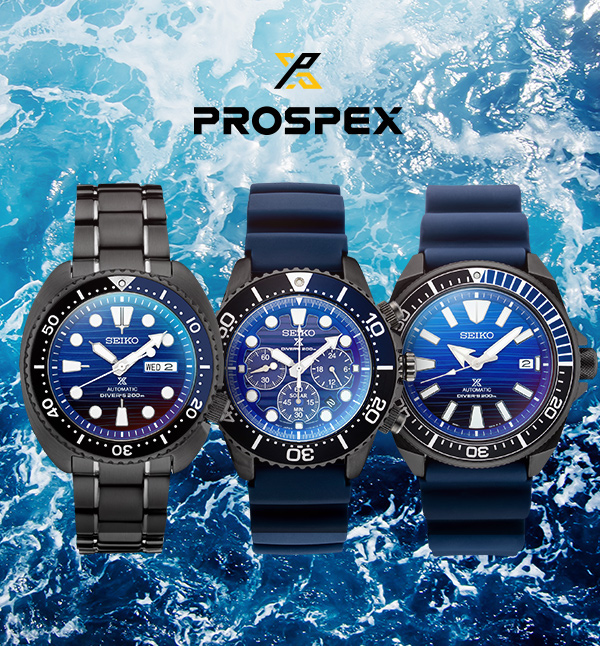 Made especially for the Seiko USA market, we saw a trio of semi-new Prospex watches from the currently thriving Japanese brand. I say “semi” because these watches feature the same blue ocean wave dials that were introduced during Baselworld 2018 and made reference to ocean conservation. The difference here whether you choose the Turtle, Samurai, or Solar diving chronograph is that the steel cases are coated in “black ion”. I’m sure Seiko will do fine by these, but I’d consider this as a relatively ho-hum effort. Some unique dials would have been nice. Still, a black bracelet on the Turtle is interesting. Available on seikousa.com, I took a look at the Turtle and it retails for $575. 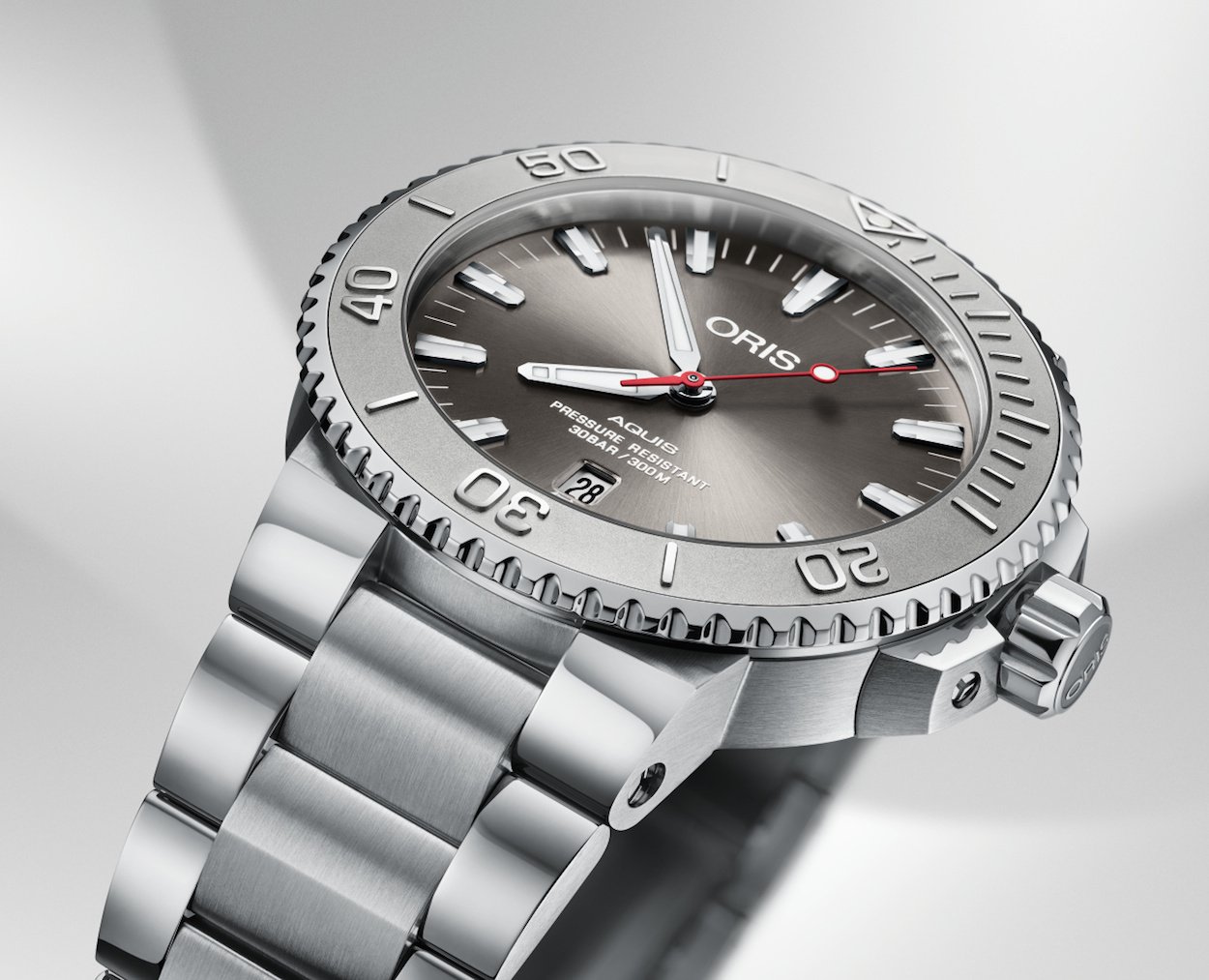 This year, in time for the Davos World Economic Forum, Oris has released another watch to help raise awareness about the importance of water. They’ve teamed with expedition swimmer Ernst Bromeis (he will attempt to swim across 800km’s of Lake Baikal – the world’s largest freshwater lake) for this piece. With a grey dial that’s meant to evoke stormy seas and a bezel done in relief to approximate the texture of water. Honestly, I think it just looks like a really nice diver – the red sweep hand helps it stand out a bit and the pricing seems reasonable.   At 43.5mm, the 300m Date Relief will come in at 1,950 CHF on bracelet and 1,750 CHF on leather or rubber strap. It’s available now – more info can be found on the Oris site. 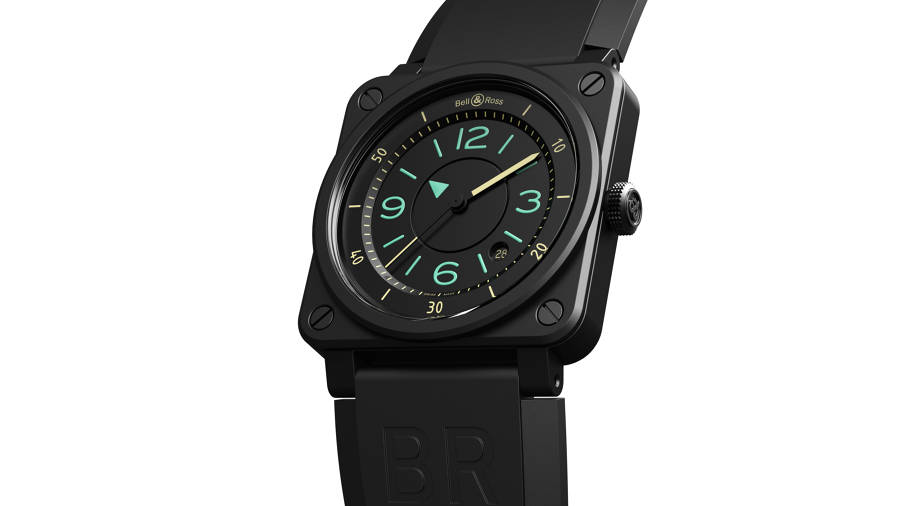 Seemingly, there are so many instruments within an airplane’s cockpit that Bell & Ross will never run out of opportunities to offer a new watch using their iconic square case. The new BR 03-92 is a $3,900 limited edition of 999 pieces that’s styled like a compass found on the instrument panel. This watch follows earlier releases such as the Red Radar, Altimeter, and the Climb. At 42mm and in black ceramic, the watch features a cool multi-piece dial and some nice detailing. Inside is the B&R cal.302, which is an ETA 2894-2. The 03-92 will be available in April and can be pre-ordered on the site now for the price of 3,500 Euros. 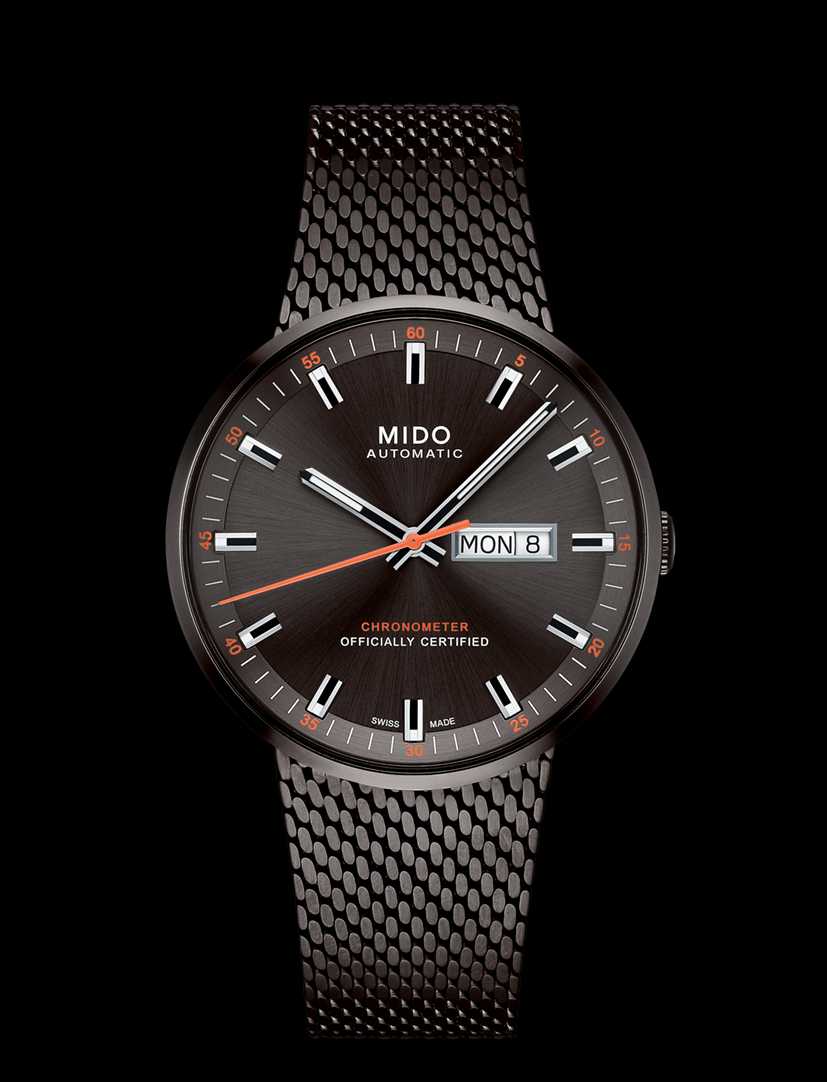 For the Commander’s 60th Anniversary, Mido has chosen to release a version of the watch with a black 42mm PVD stainless case. Featuring a chronometer certified 80-hour automatic with a see-through caseback and matching Milanese bracelet, the Icone will cost $1,390. 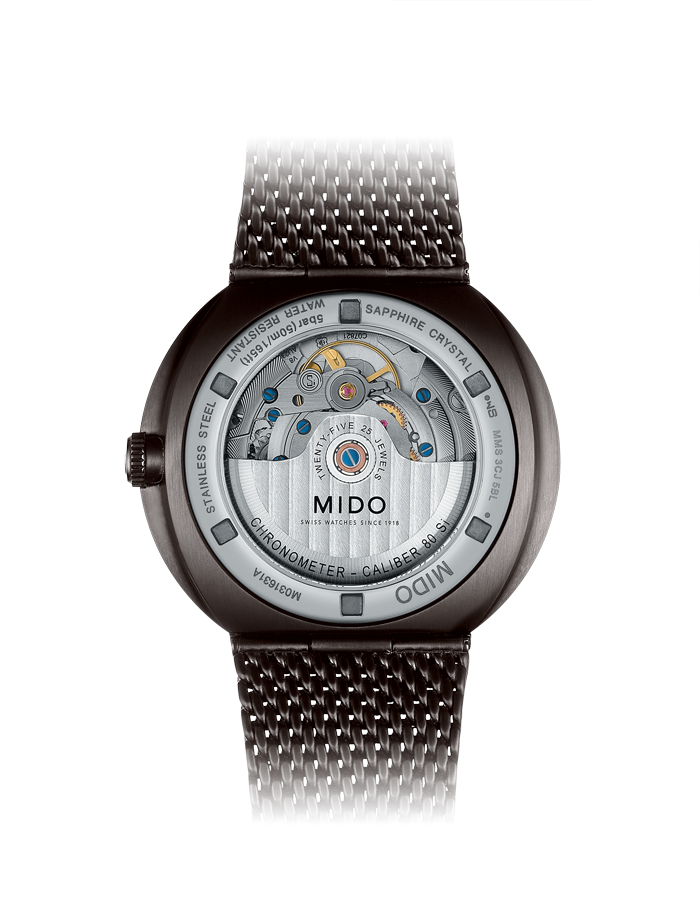 The watch has orange accents and with its trademark lugless design, it reminds me a little of old Porsche instruments. I don’t own any older Mido’s, but I’ve been tempted by vintage Commanders. They’re large, cheap, and still look relevant. I put them into the same “bucket” as older Rado Diastars; well-constructed and plentiful Swiss watches that were well ahead of their time, but have somehow never really taken off with collectors. Head to the Mido USA site for a deeper look. 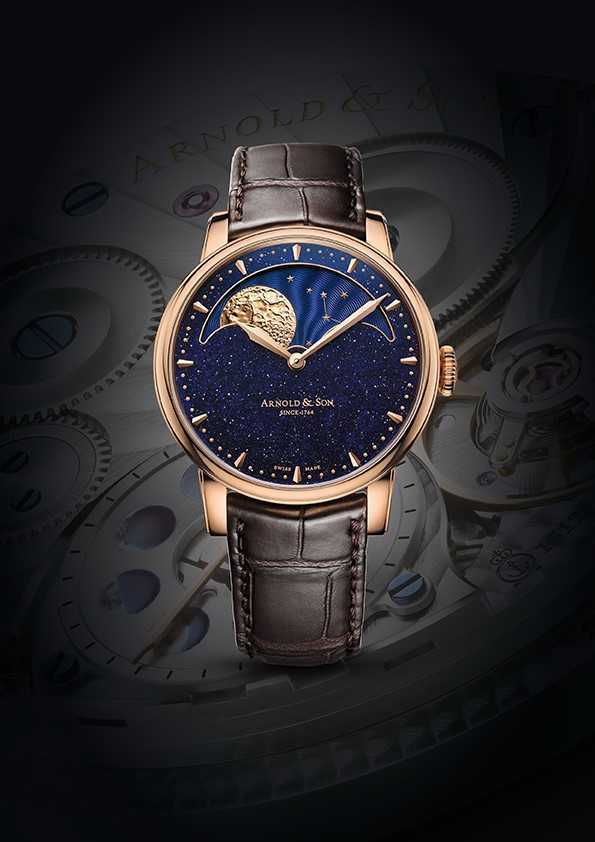 On the high-end front – and thankfully not in black – we have the Arnold & Son HM Perpetual Moon Aventurine. As part of its Royal line, the 42mm rose gold watch features a fully integrated in-house movement (A&S1512) that claims to be one of the most accurate moon phase complications on the market. It’s accurate to within 1 day every 122 years. On the dial, the moon takes up 11.2mm of real estate and that also makes it one of the largest available. A second moon display shows on the backside and that’s meant to aid setting the watch easily. Oh, and then there’s that Aventurine dial. Like bacon, you could pair it with about anything and I’d love it. This new Arnold & Son isn’t the type of watch we normally feature on Fratellowatches, but it was just too beautiful to ignore.

As last year was the Swatch Group’s last year at Baselworld, we’ve been waiting for word on how the massive company will show its new wares. Well, last week, one of us (but oddly not all of us – hey, why make Swiss communications any easier simply because of a venue change?) received a cryptic email announcing “Time to Move”. Journalists will be invited on May 14-16 to “Switzerland” to see pieces from Breguet, Harry Winston, Blancpain, Jaquet Droz, Glashütte, and Omega. Seemingly, there will be a separate event in Zurich for dealers, distributors, etc. Who knows if this foreshadows a return to Baselworld in 2020 when the show aligns more closely with SIHH or if the Swatch Group will keep things separate but at a similar time as the big shows. To be honest, it’s getting a bit tough to keep up with all the different dates. Furthermore, brands are now releasing more and more off cycle, so let’s see how this all develops. All that being said, though, we were waiting to see what the Swatch Group had in store in its first year away from the big show. Oh, one more question – where will we see the new pieces from Mido, Certina, Hamilton, Tissot, and Longines?

That’s all for This Week in Watches – see you next week!

The Best Watches Under 10K Of Watches & Wonders According To Wei Koh, Andrew, Frank and RJ