Welcome to the first This Week in Watches of 2019.   As I scoured this week’s news of interest, I came upon a rather consistent theme – Limited Editions. Now, to be fair, some of these items were revealed earlier than the past week, but I came upon them recently. It does make me wonder, though, if 2019 will become the year that Limited pieces either become “the norm” as watch brands take full advantage of the agility that modern manufacturing affords. Or, will buyers tire of the endless parade of new constrained pieces that they either cannot get because they’re too late or because they spent their wad on a previously released model? Who knows, but I suppose I see it, for the moment at least, as giving people what they seemingly want – exclusivity tied to watches that supposedly passionate watch fans have had some say in helping to create. Of course, we’re not blameless in this trend here at Fratello Watches. As huge Omega fans with a tie to a series (I guess 2 mark the start of a series) of Limited Edition Speedmasters, we’re clearly fans if they’re done correctly, but we’ll even admit that one needs to be very careful not to blow past a certain saturation point. As always, there are interesting times ahead! 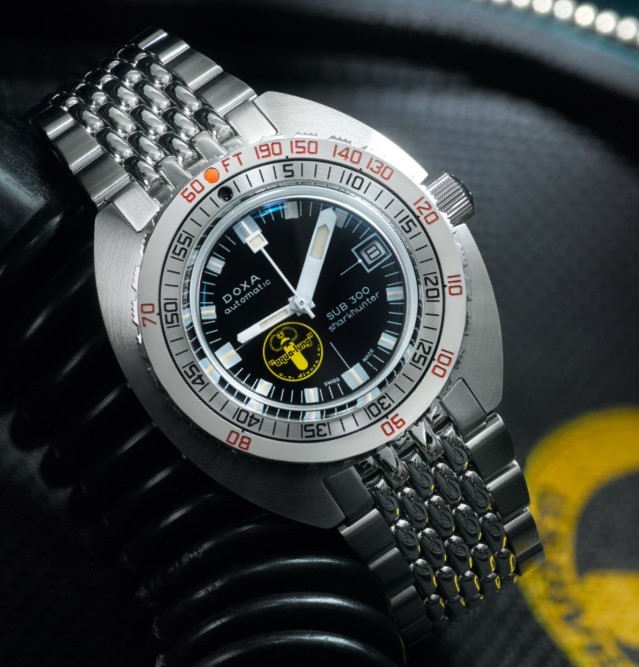 We’ll start things off with a watch that was barely – if at all – covered in the media: the Doxa SUB300 Sharkhunter Black Lung. To recap, Doxa released 300 pieces of each variant (the orange Professional, the silver Sea Rambler, and the black Sharkhunter) in 2016 to celebrate the 50th anniversary of the original Doxa SUB300 “No T”. Since that time, Doxa has rolled out two versions (using the same “No T” case) with the old Aqua Lung logo on the dial. First came the Professional Black Lung (Balazs and I both own this model), then came the Sea Rambler in the form of the Silver Lung, and now we have the final model in the Sharkhunter Black Lung. Doxa announced availability of 200 models – not the typical 300 – on December 20th and as far as I can tell, they were gone almost instantly. For sure, the black-dialed Sharkhunter contains the most mainstream colorway and I am sure this contributed to its swift sales. Still, stay tuned to your email (you should sign up for emails at doxawatches.com) as the brand is known for bringing out additional pieces at a moment’s notice. I’ve said it before and I’ll keep repeating it, these 50th Anniversary cases, combined with a chronometer-rated movement, and a spot-on crystal in sapphire that mimics the original acrylic are fantastic. If you’re a watch nut who digs vintage divers (and who actually wouldn’t mind going swimming with one), you should make it your business to grab one of the 1700 pieces in circulation with this case. By the way, the newest edition ships in March and was priced at $2,190 as a pre-order. 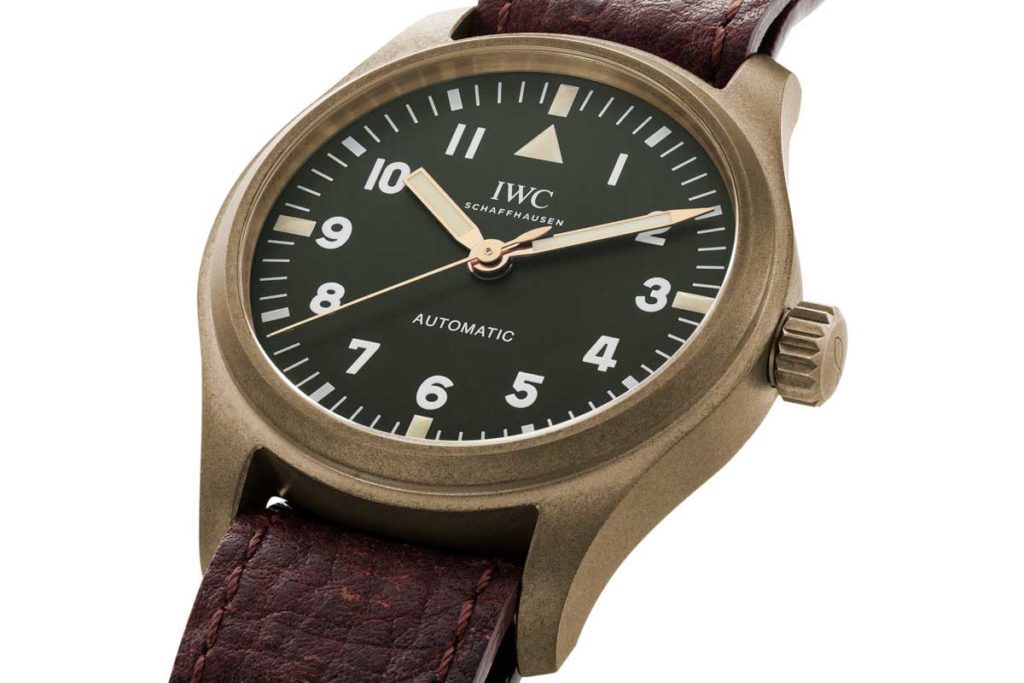 Next up is a limited edition piece that also didn’t get a ton of press and that’s the IWC Pilot’s Watch Automatic 36mm Special Edition for The Rake and Revolution. Ok, that’s also a real mouthful, but to cut to the chase, Revolution Magazine and The Rake founder Wei Koh worked together with IWC to create what I think is the brand’s best watch in a long time. A tribute to the legendary Mark XI pilot’s piece, the watch is a 36mm bronze automatic sans date with an olive dial. It comes on a leather NATO strap and is limited to just 150 pieces. One can “register their interest” via the Revolution shop and hope to get the call. Pricing, as listed on the site, shows 4,244 Euros. As stated above, I’m a fan of this watch (well, you know I love IWC in 36mm if you read my Mark XII article) and its simplicity. Well done on this one! 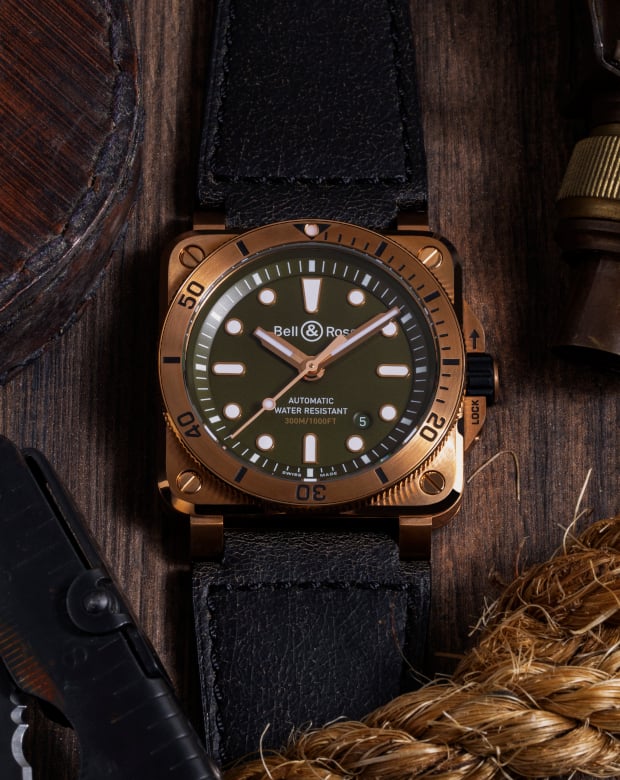 Next up, we have another limited edition piece from Bell & Ross in conjunction with the Singaporean retailer, Cortina Watches. It’s a bronze 42mm, square bronze diver that goes by the name of “Demiurgus” – meaning creator. Aside from having another odd name, the watch looks damn good with its green dial. While we haven’t spent a ton of time covering B&R here on Fratello Watches, I’ve long liked their designs and this one is no exception. At 100 pieces and 6200 SGD, the watch is already sold out. So, here again, with a small lot size and good looks, there seems to be little in the way of lagging demand for such pieces. Head here for a deeper look and to join the waitlist. 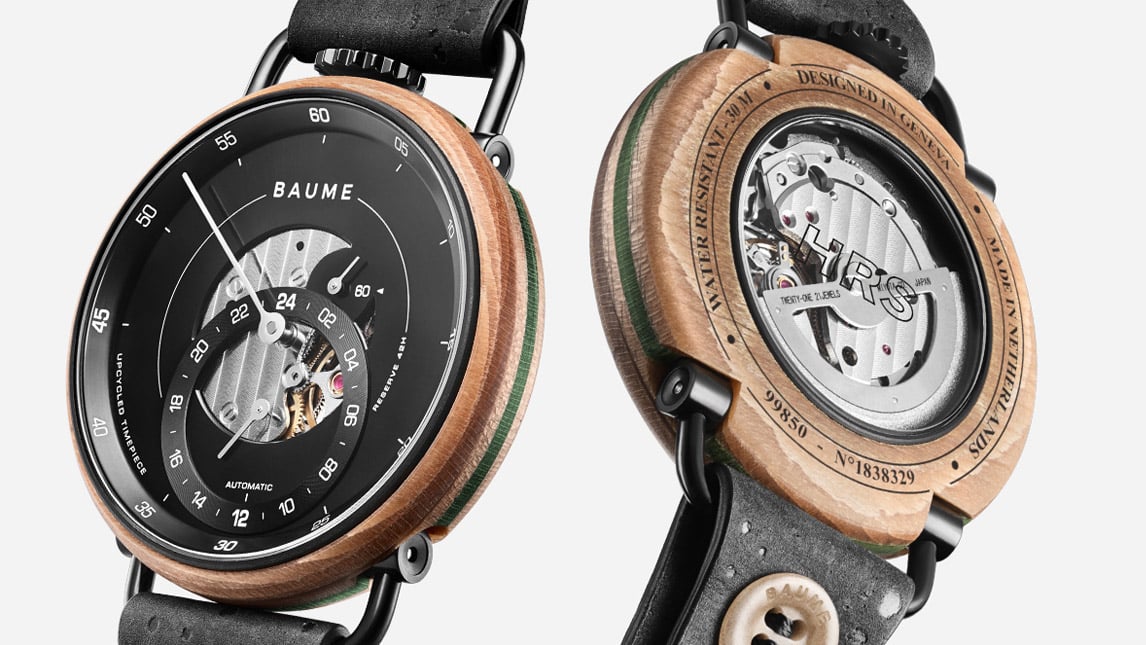 Baume is the funky offshoot from mega-conglomerate Richemont. With some funky styles, lowish prices, and an ability to order online, the brand is seemingly attempting to appeal to a group of people who might otherwise not care for non-smart watches. Apparently, the HRS Limited Edition 42mm Automatic was announced in October, but Monochrome covered it this week. I have to say that I dig the watch, especially because the case is made of wood and crafted in…the Netherlands! Sadly, the watch isn’t made of wooden shoes (aka klompen) – although that’s a great idea – but it is made out of trashed skateboard decks from famed US skater Erik Ellington. At 1,190 Euros, with a Miyota automatic, and limited to 100 pieces, you can go online and choose one of several different colors. The colors differ because the deck is laminated and the layers make up the watchcase. Pretty damn innovative in my opinion! 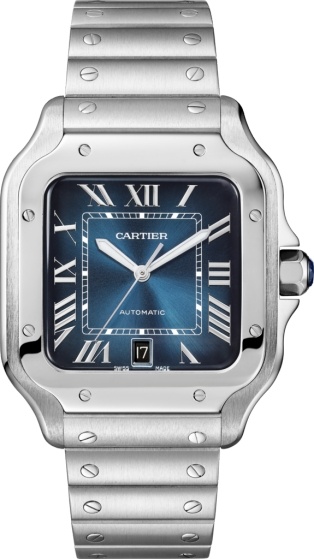 Finally, we have the SIHH announcement of a large Cartier Santos with Blue Gradient Dial. At 6,550 Euros, the stainless steel Santos looks darn good with a dial color that continues to register as the darling of the watch world. There’s not much else to say here aside from the fact that it’s available on either a bracelet or blue leather strap. Head here for a closer look in German!

That, folks, is everything for This Week in Watches. Happy New Year and we’ll see you next week!