Your Watch News for the Week
Michael Stockton
comments ...
Share

It’s been a relatively quiet past couple of weeks, so apologies for the absence last weekend. Still, we do have a bit of news to help finish out your weekend.  Let’s get into it – welcome back to This Week in Watches. 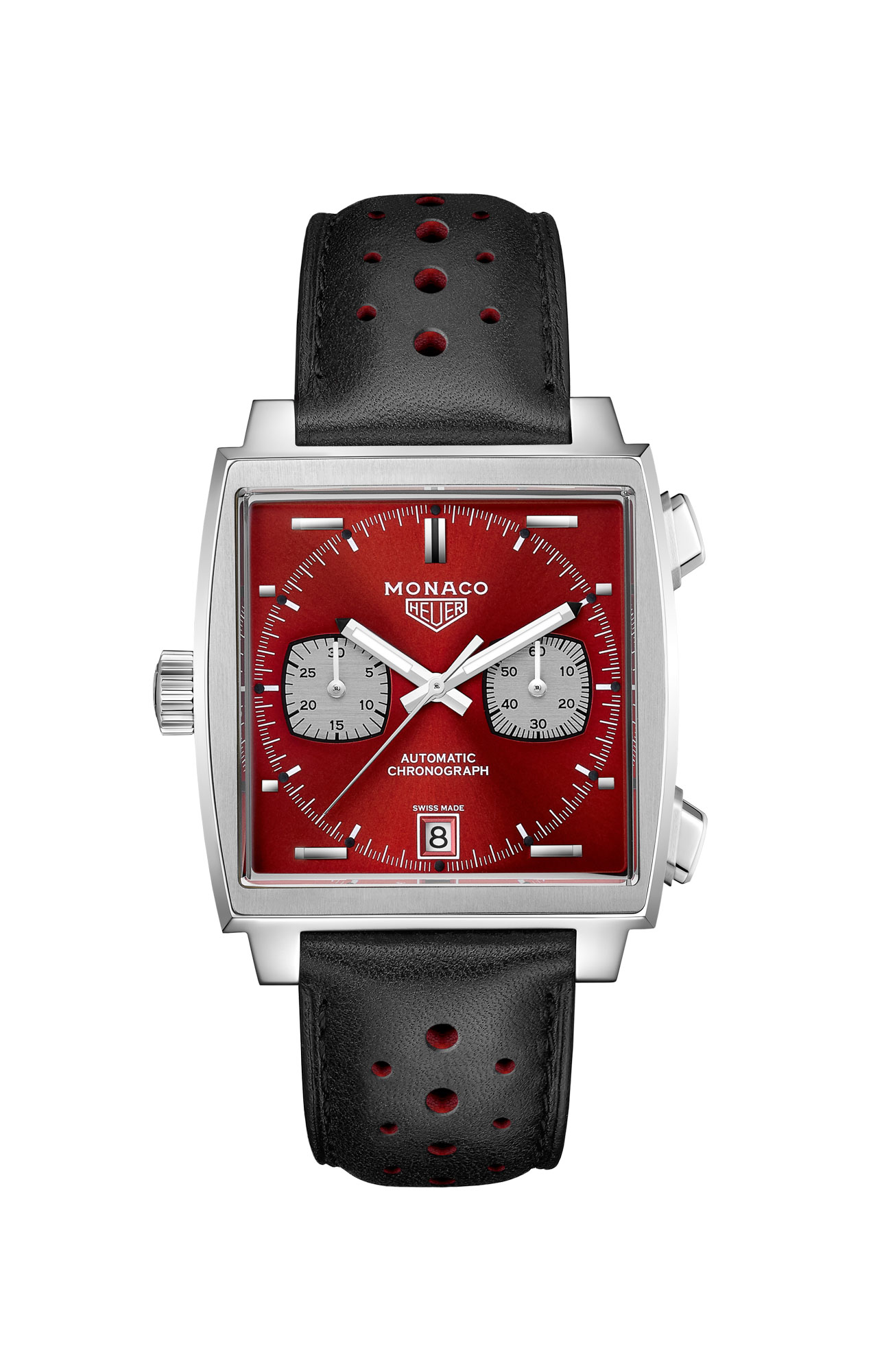 It was only some weeks ago that TAG Heuer released its first of 5 limited edition Monaco chronographs to celebrate the model’s 50th birthday.  The first model – the ode to the 70’s – came in a very, how would I say it, “organic” green dial and is limited to 169 pieces.  TAG chose this weekend’s 87th running of the Le Mans 24 Hours to show off watch #2 in the series, which it is calling its tribute to the 80’s.  This limited edition Monaco – also limited to 169 pieces – sports a red dial with white twin registers.  Also included is the obligatory calf skin strap with punched holes (the insides of the holes are finished in red).  At 5,950 Euros, it’s a bold, but different choice for those in the market for the iconic square chronograph.  Size wise, the Monaco is 39mm x 39mm.  It has the Caliber 11 inside and that means a crown on the left side.  The more I look at this new piece, the more I come around about the color choice.  Still, I wish that TAG Heuer would fit round pushers more like the original.  For more information, head to the TAG Heuer official site. 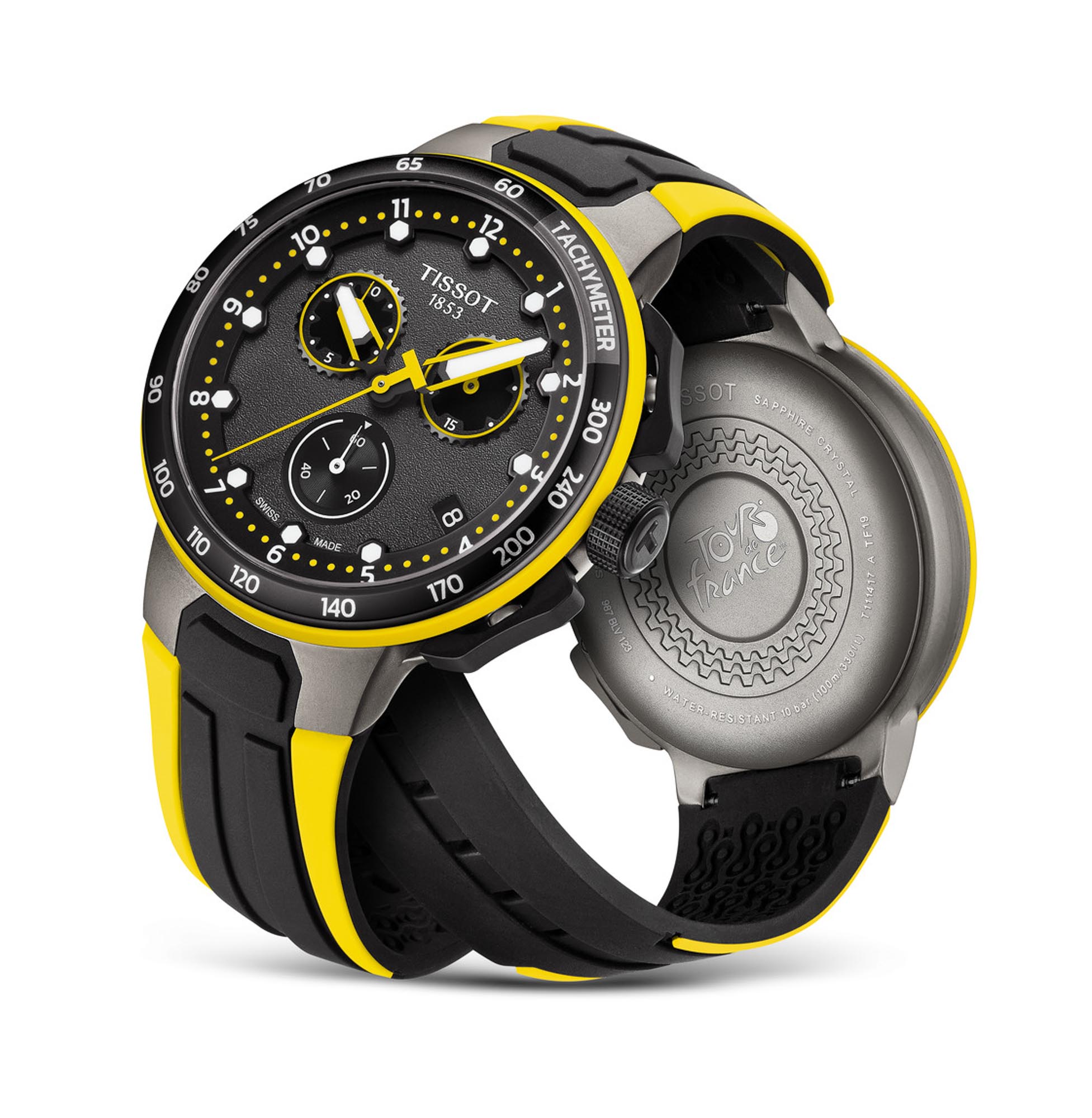 Tissot and the Tour de France

This year’s running of the Tour de France marks its 100th anniversary and that means that the official timer, Tissot, has come out with a couple editions celebrating the race.  We’ll show you both in This Week in Watches.  First up is the Tissot T-Race Cycling Tour de France 2019 Special Edition (official link here).  For 470 Euros, we have a 44.5mm quartz-powered chronograph with a PVD stainless case.  There’s some rubber included here to help sell its sporting intentions and the colors are strong on yellow because, after all, it’s yellow jersey time. 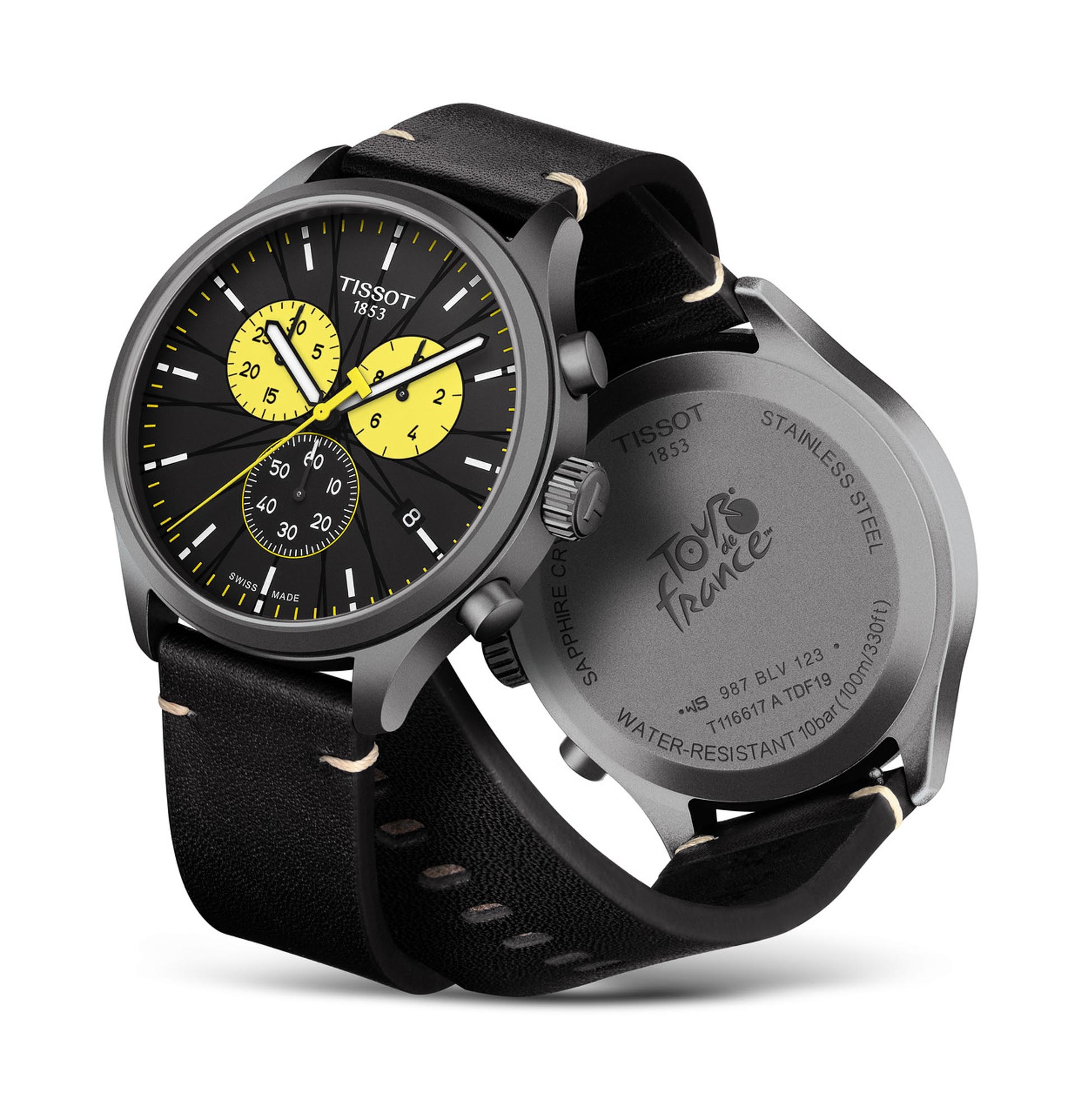 Next up is the Tissot Chrono XL Classic Tour de France 2019 Special Edition (official link here).  At 45mm and 390 Euros, this slightly less sporty looking quartz chronograph also contains a PVD stainless case.  Instead of rubber, though, a black leather strap with a two-stitch design.  The dial contains spokes and a hub in the background and yellow show itself once again.  While these watches aren’t on my shortlist, the brand does well with these – maybe a decent gift for the cycling relative in your family? 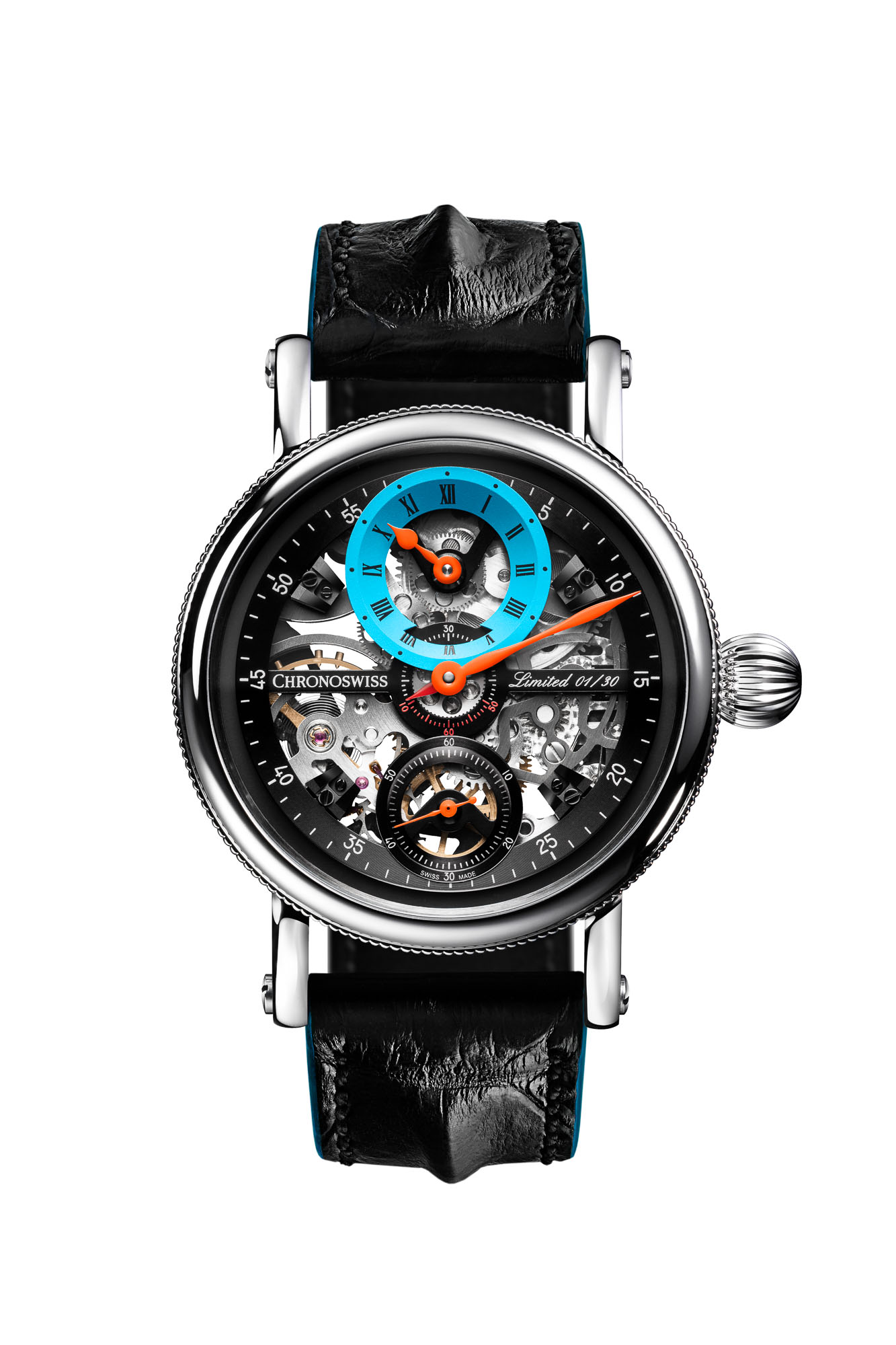 Next up in This Week in Watches is the Chronoswiss Flying Grand Regulator Skeleton in Summer Colors.  Limited to 30 pieces, this 44mm stainless piece features an open-worked dial and details in “swimming pool” aqua and coral (the hot color this year, so I am told).  Naturally, the watch is powered by the brand’s well-known manual winding C.677S movement.  I like that Chronoswiss is releasing new colors all the time and, hey, I’m a Miami Dolphins fan, so this one tickles my fancy.  The Summer Colors piece will be available at the end of June and retail for 8.950 Euros.  More info can be found on the official Chronoswiss site. 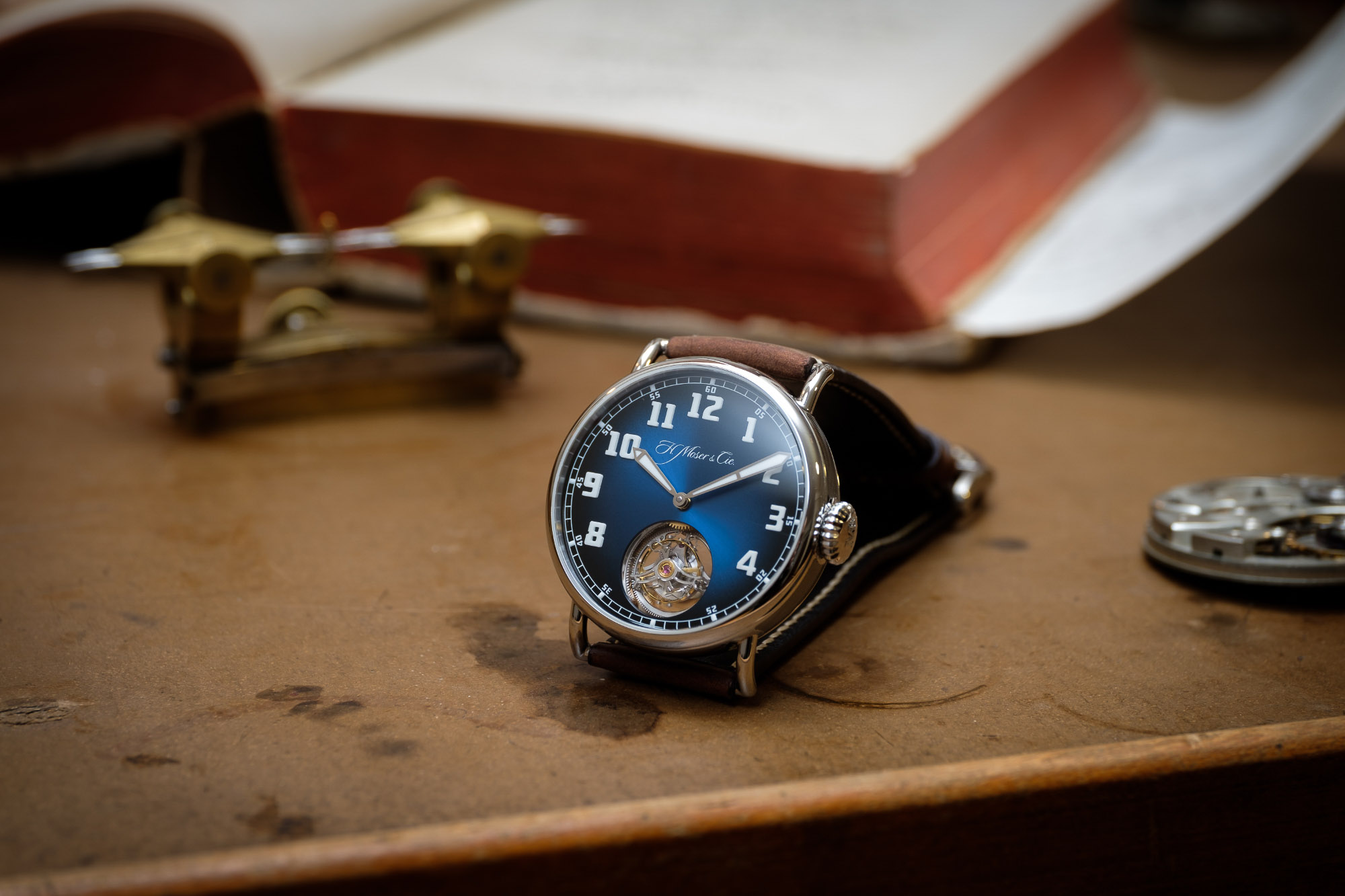 Next up for This Week in Watches is the H.Moser Heritage Tourbillon Funky Blue.  The PR info made allusions to the roaring 20’s and jazz bars in NYC.  Hmm…  But, what we have here is a watch that draws on early 1900’s pilot’s watches with its numerals and hand set, but adds Moser’s ridiculous dial finishing and a lovely 42mm steel case.  Of course, the obvious detail that jumps out is the tourbillon poking out at 6:00 and that’s Moser’s own HMC 804 automatic with 3 days of power reserve.  At $49,900 this one is probably for the more successful jazz artists versus the starving ones.  Head to H.Moser’s site for more details. 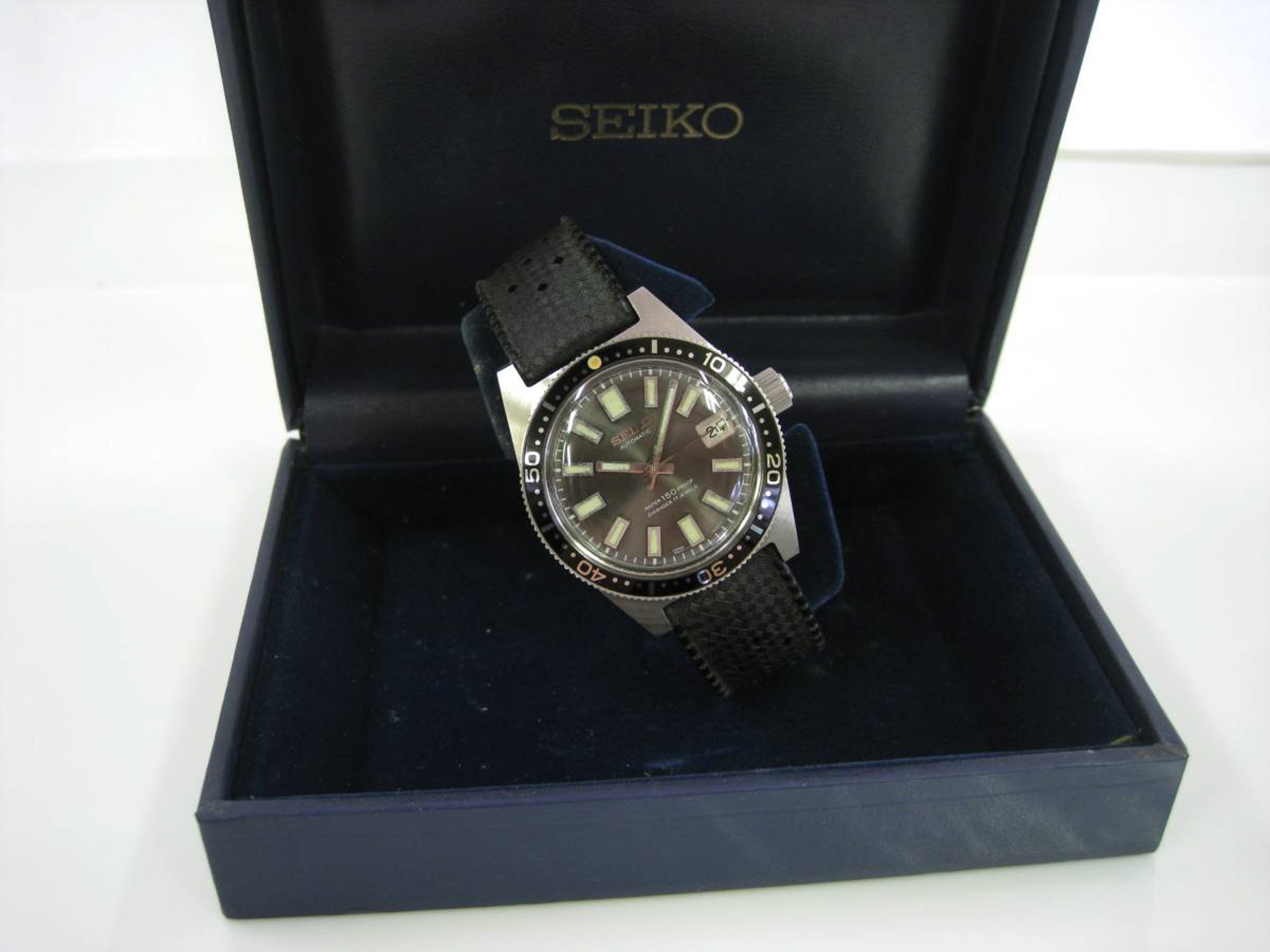 A Seiko 62MAS Crushes it at Auction

Ok, the use of “NOS” in auction descriptions is tiresome to say the least, but the late model 1967 Seiko 6217-8001 “62MAS” that was up at auction on Yahoo Japan (it ended today – and the photos are courtesy of the site) was simply stunning.  The watch featured its blue dye on the case back and truly looks unworn.  Its case could likely be used in a pinch as a facial razor.  It came with what looks like its original box and on its original Tropic strap with rare Seiko buckle. 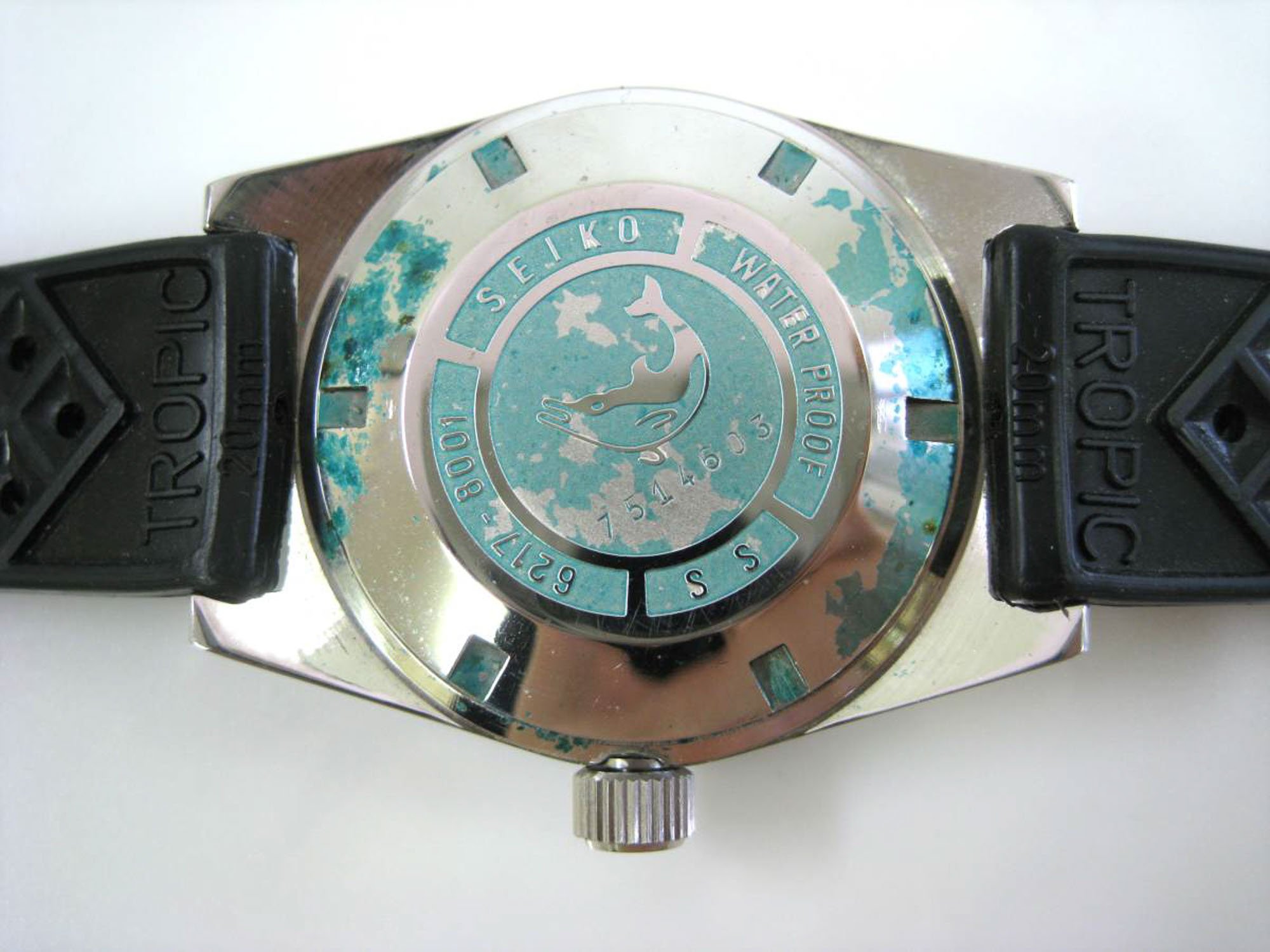 The bottom line is that this one was meant for a museum.  Now, decent condition 62MAS models crest the $2,500 realm with relative ease and sublime models coast past $4,000 these days.  This model went through 236 bids in a 5-day period and wound up at – wait for it – 711,666 Japanese Yen without shipping (and no, I did not bid – although I thought about it).  That 5,833 Euros at time of publishing which likely makes this a record.  Yes, folks, demand for vintage Japanese watches has never been stronger… 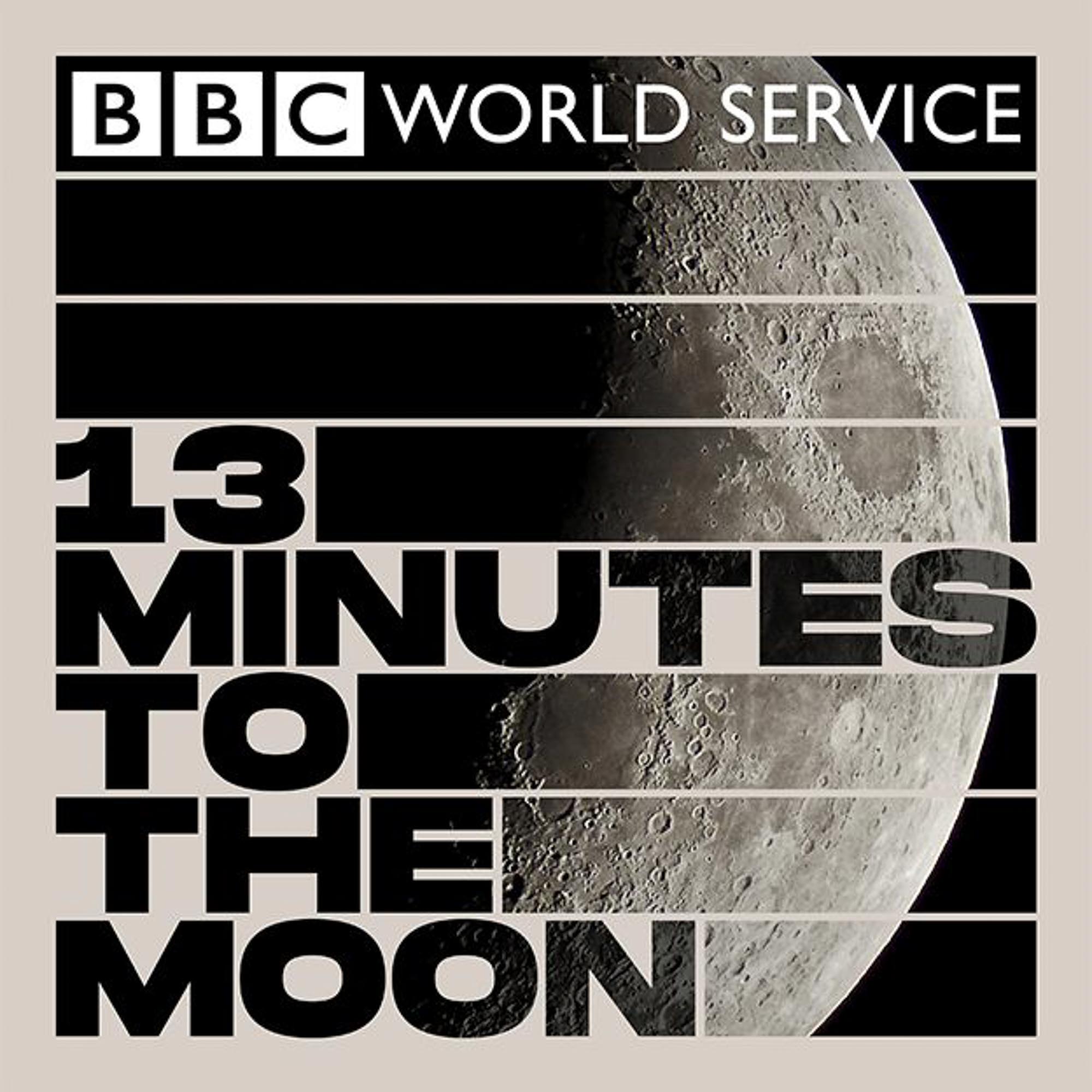 BBC 13 Minutes to the Moon Podcast

One of our readers, @kapten_baines , alerted us to a new podcast in celebration of the Apollo 11 Moon Landing.  The BBC started a weekly podcast called 13 Minutes to the Moon in May that will culminate with its final episode on July 20th – the 50th anniversary itself.  It makes for unbelievable listening as the interviews are astounding.  The research is nothing short of phenomenal and the podcast really gets into the history of the space program and interviews everyone from astronauts, engineers, mission control, workers at suppliers, etc.  Best of all, it’s free!  Head to the BBC’s official site for more information or where you download your podcasts and look for the logo above.

Folks, that’s all for This Week in Watches – we’ll be back next weekend!

Oris Classic Date Or Save Up For an Omega De Ville Prestige?