Hidy ho there, it’s This Week in Watches for March 2, 2019!  This week, we once again bring you some real variety on what went in this past week in the watch world.  And, as we’re wont to do, we have a couple topics that are a bit off topic. 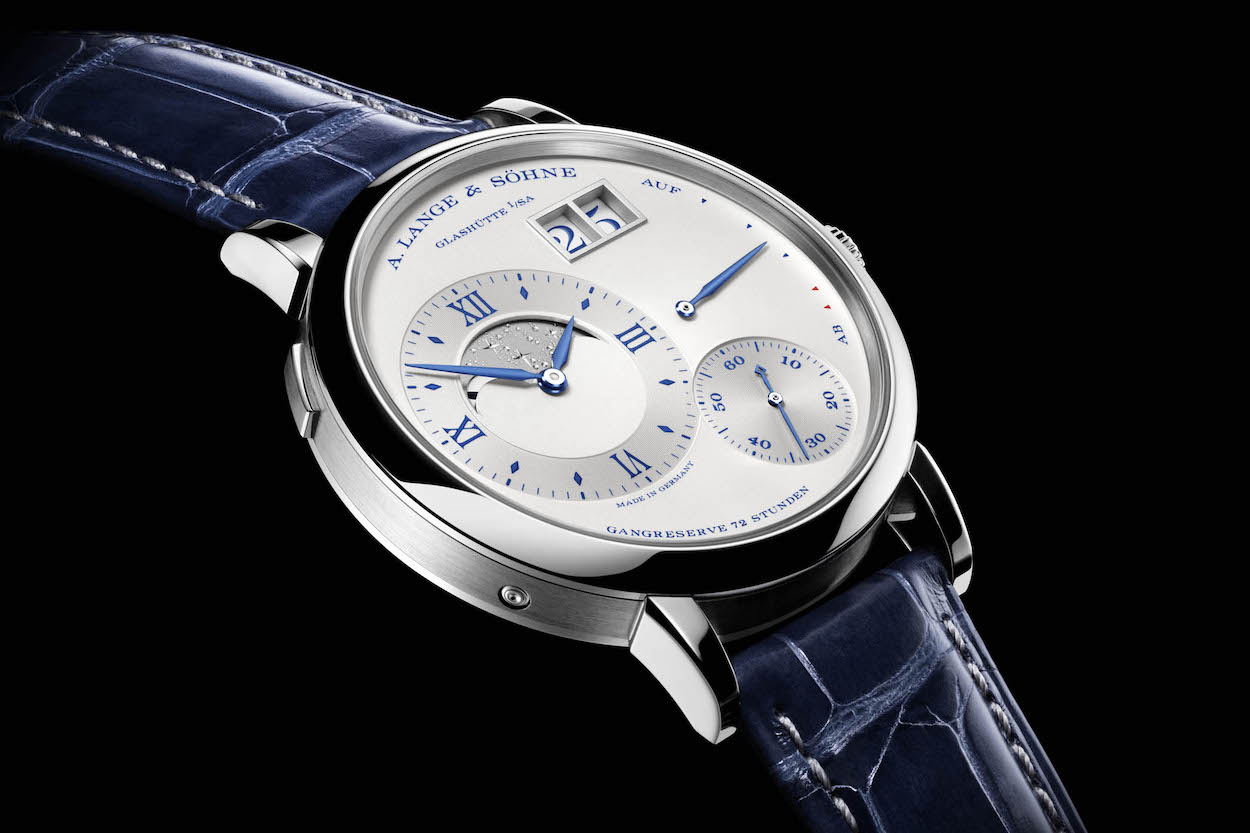 Way back on January 12, 2019 in a prior episode of TWIW, we showed you the Lange 1 “25th Anniversary” watch.  The brand is continuing on with its 25th anniversary celebration with the similarly hued Grand Lange 1 Moon Phase “25th Anniversary”.  It’s a limited edition of 25 pieces that features a solid silver argenté dial with a white gold, hand-engraved lunar disc.  The watch comes in at 41mm and the lunar disc is “programmed” to be correct for the next 122.6 years, so ensure that you hand it over to your next in line to keep things rolling along. Another cool feature is the balance cock with a “25” stylized in the manner of a typical Lange date window.  And hey, it’s surrounded by a floral pattern that reminds me of the “bembels” that hold the “Ebbelwoi” I enjoy so much here in Frankfurt.  At 45,800 Euros, this special Lange & Söhme features the L095.3 caliber, which makes it similar in price but more of a manual than the new BMW 3-series.  😉 More info can be found here. My German isn’t that great, but I can tell you that “Doctors Without Borders” translates to “Arzte ohne Grenzen” and it’s an organization that a very good friend (his German is fantastic by the way) worked for in the past.  They come to the aid of those in need – typically those in countries in conflict or suffering some sort of epidemic.  Nomos has made watches in support of this organization and they’re back again with two different limited edition Tangente Neomatiks (the 35mm and nearly 39mm) and each will be offered on bracelet and in a run of 250 pieces.  Nomos will donate 250 Euros to the organization for each watch sold.  The smaller is available for 2,740 Euros while the larger is 2,880 Euros.  Th watches come with a red “12” up top and feature the name of the organization in small writing below 6:00.  Nomos has the watches up on their site, so have a look! 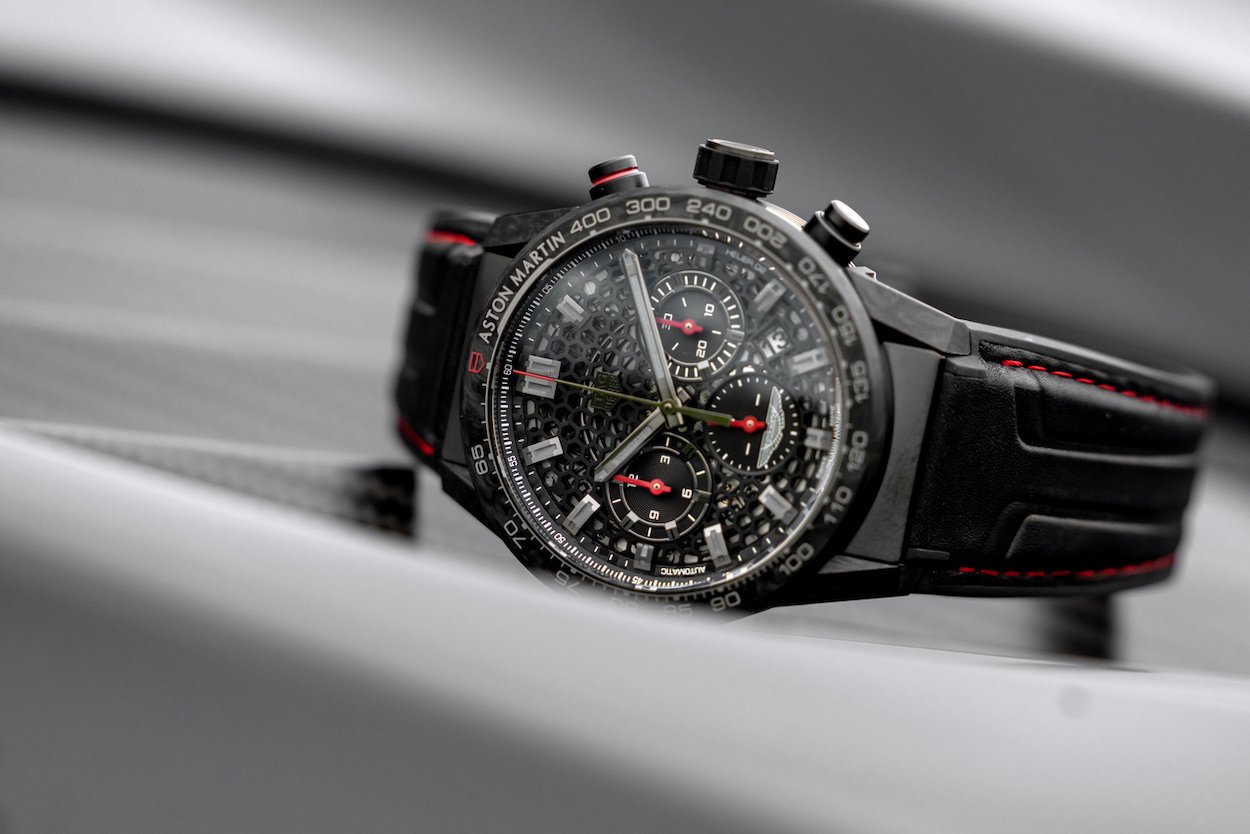 In order to celebrate its partnership with Aston Martin, TAG Heuer has announced a limited edition watch, the TAG Heuer Carrera Calibre Heuer 02 Special Edition Aston Martin DBS Superleggera.  Powered by the in-house Calibre HEUER 02 automatic movement, the watch will be made in a series of 50.  The catch is that us mere mortals won’t be able to get our hands on one unless we buy the new Aston DBS Superleggera TAG Heuer Edition which, surprise surprise, will be made in a series of 50.  The watch contains a dial with hexagonal cut-outs that mirror the look of the car’s grill, while the black leather strap with red stitching mimics the interior.  Oh, and if you’re wondering, the Aston pricing starts at somewhere around 295K GBP.  For those with an itchy trigger finger, consider waiting until after Brexit to order and that Pound may swing more in your favor.

Ok, I told you we’d show you some off topic things this week and here’s one of them.  I like pens and own a number of them, but as one who flies all the time, I do struggle with carrying a fountain pen at all times.  They leak!  Still, they’re lovely to write with and garner all kinds of eyebrow raises from your colleagues.  Montegrappa is an Italian pen company and they sent us a press release on a new fountain pen named after the nickname of their first technical director, Heinrich Helm.  Called the Elmo 01, this 175 Euro resin fountain pen looks great and recalls Bauhaus styling.  I’m a little angry that Robert-Jan sent this to me because I now want one.  More information can be found here. Let’s say you’ve been rocking something like a $20 digital Casio or perhaps an inexpensive and basic Timex for most of your life.  Then, one day, you wake up and decide that you’re going to the show the world that you’re really an extrovert and that YOU like to shake things up!  Well, I have the watch for you in the form of the new Tissot T-Race MotoGP Automatic 2019 Limited Edition.  Yes, that’s a serious mouthful, but have a look at this watch!  It is nothing short of wild and crazy.  I’ll be rather frank with you that this watch is pretty far away from what I’d buy, but the 45mm 7750-powered piece will retail for 1,240 Euros and will be made in 3,333 pieces and becomes available in April. 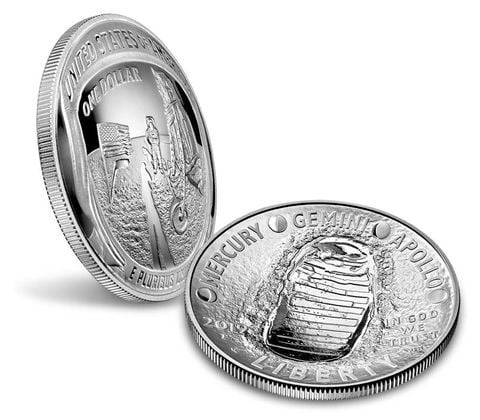 The US Mint Celebrates the Apollo 11 50th Anniversary

While in Florida a little over a week ago, in addition to riding on Space Mountain in Disney World, Epcot’s Mission: Space, and Spaceship Earth, I did visit Kennedy Space Center.  As a Fratello member, it’s sort of required to like space stuff and so while I was bumbling around on the web, I came to realize that the US Mint recently announced its Apollo 11 Anniversary Commemorative Coins.  Unlike some cheesy commemoratives offered by third parties, these are real currency and the coins appear curved, which is a truly neat thing.  Unfortunately, I saw these a bit late (less than a week after they were announced for sale) and all of the gold versions are gone.  That leaves you with the opportunity to buy a one-ounce silver dollar or a clad half dollar.  For roughly $60, I’d say that this is a pretty neat keepsake that will always hold some sort of value.  I ordered one for each of the Fratelli and will pick them up later in the year.  Head to the US Mint for more information.

Well, that’s about it for this week – enjoy your weekend and we’ll be back next week with more of This Week in Watches!