Yes, we are back with the newest installment of This Week in Watches after a one weekend hiatus due to Baselworld.  Plus, I’ve even been on a diet to the tune of $4,000!  That was a lot of fun and for those of you considering a watch fast or a guru-driven cleansing, you don’t have to travel all the way to Baselworld for the same cathartic experience.  No, just go and plop down your hard-earned money for a brand new – pick a brand let’s say Tudor –  step outside the shop, and drop it into the sewer.  That’s all there is to it!  Let us know if you try it – we’ll be here for you.  Onwards and upwards as they say, though, so let’s bring some news.  As expected, it’s a fairly quiet week as the industry recovers from the craziness that was Baselworld. but there is some news… 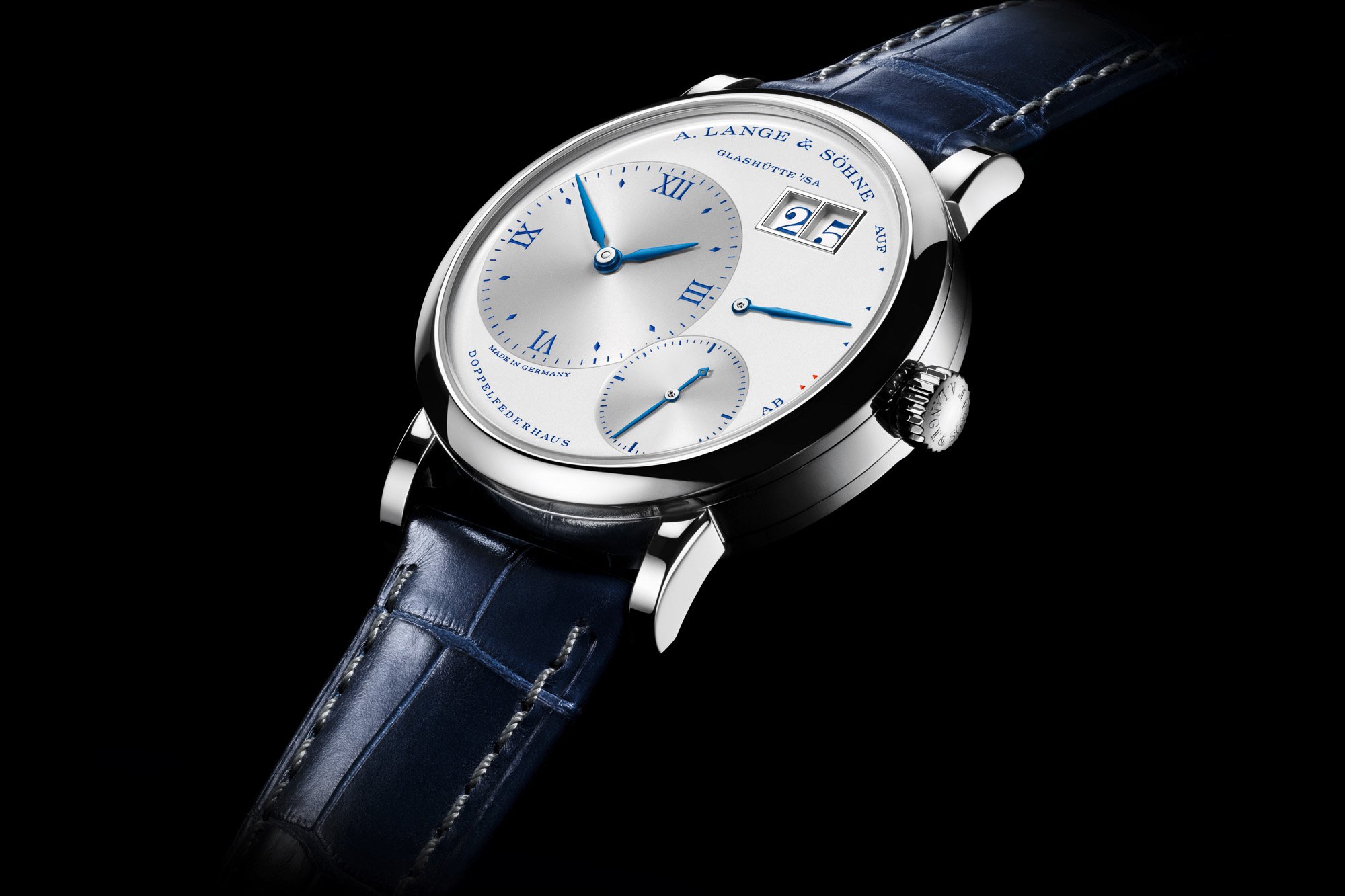 Our first newsmaker in This Week in Watches is the new Little Lange 1 “25th Anniversary” and this watch follows the familiar trend of two prior pieces we’ve previewed here.  Lange quits with the suspense and finally tells us that we can look forward to 10(!) pieces this year to help celebrate the brand’s 25th birthday.  The Little Lange 1, introduced in 1998, comes to us with the expected white gold case, silver argenté dial, blue details, and blue alligator strap.  Inside is the in-house manual L121.1 movement with 72 hours of power reserve.  The watch, of course, has the brand’s signature big date, but also a power reserve indicator, and two dials showing the time and seconds.   The “kleine eins” or perhaps we could call it the “Langchen” (now I’m just freestyling) comes in at a truly attractive 36.8mm in diameter and 9.5mm in height.  If you’ve been following the released models thus far, you’d guess that Lange is only making 25 of these and you’d be right!  But, no free watch for you as these will set you back 35,500 Euros.   I’ve always appreciated Lange, but never enough to consider parting with my funds for one.  But, seeing these new releases every few weeks is beginning to take effect and I’m starting to get the itch.  If you’d like to risk being captivated, head here for more information. 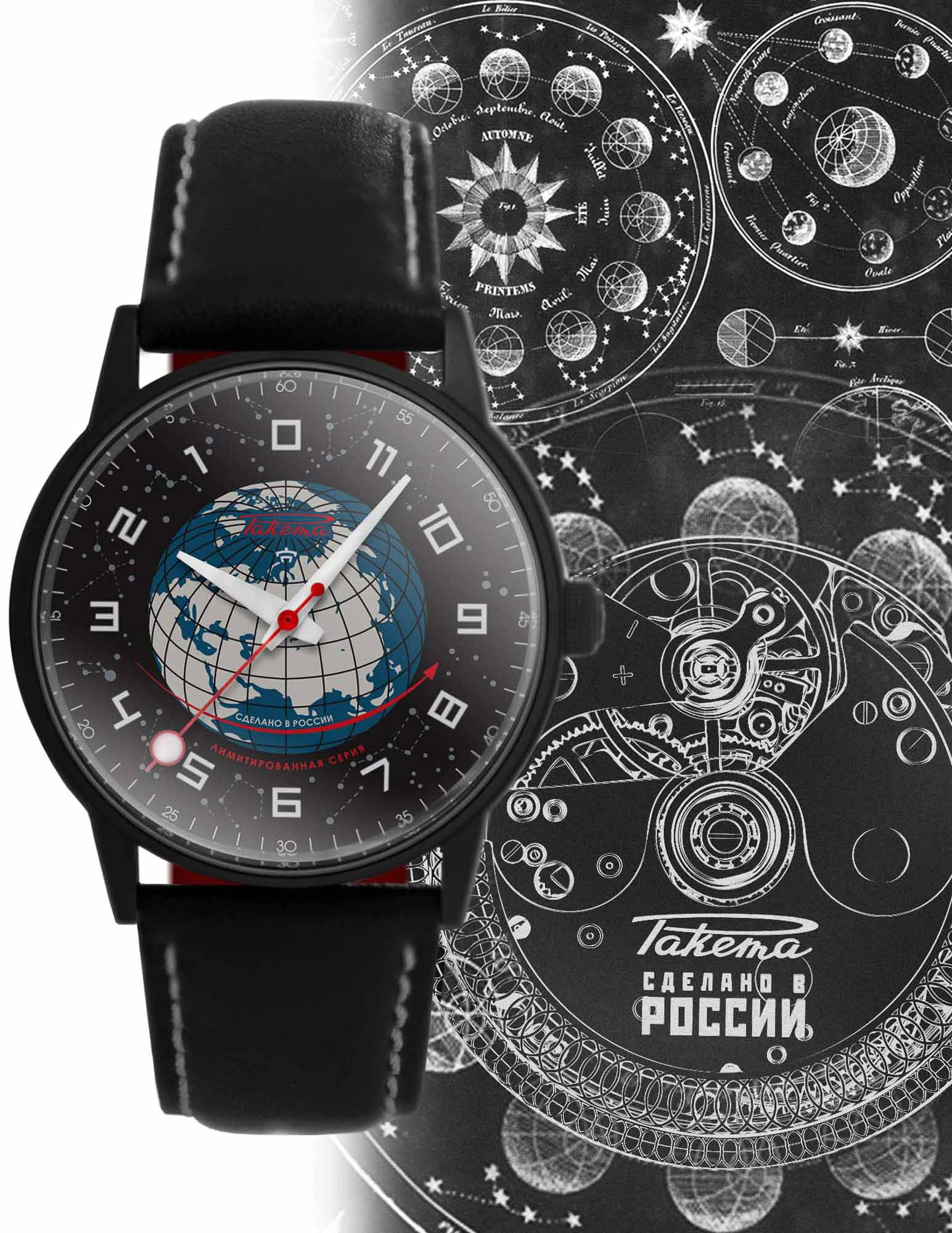 Did I say we offer variety on This Week in Watches?  If not, here’s your proof as we segue directly from Lange to Raketa.  About the only things in common here are in-house movements and previously being under the watch of the hammer and sickle.  But I digress…  We had a quick visit with Raketa at Baselworld and came away as impressed with their watches.  Priced in the $800 – 1,200 range, we also found them a touch more expensive than we would have guessed, but the brand spoke heavily about the modernization efforts that have taken place at its Saint Petersburg factory and how everything is made right there in Russia.  Translation: they shouldn’t be considered in the same breath as, say, Vostok.  And so, we saw today’s model briefly at Baselworld but thought you might like to see it here. It’s the new Raketa Russian Code.  This is a distinctive watch because all of the hands move counter-clockwise.  That’s right, the Russian Code seeks to emulate the moon’s orbit around the earth and in doing so, everything is engineered to run in the opposite direction.  You tell time in the normal way, but you’ll need to reconfigure your brain to read this watch because 1:00 is where 11:00 would normally sit.  We like weird and different and this definitely qualifies.  The 40.5mm Russian Code comes in either PVD black or PVD rose gold and is priced at 1,280 Euros.  That’s not inexpensive, but this is one quirky watch.  Plus, the watch features an in-house 2615R automatic, a wildly domed sapphire crystal, and an oculus-like display back.  Ah, and lest we forget, the watches ship from Paris, so there are no concerns for you EU dwellers.  More information can be found on Raketa’s official site.  We’ll go hands-on with some Raketa watches soon, so stay-tuned! 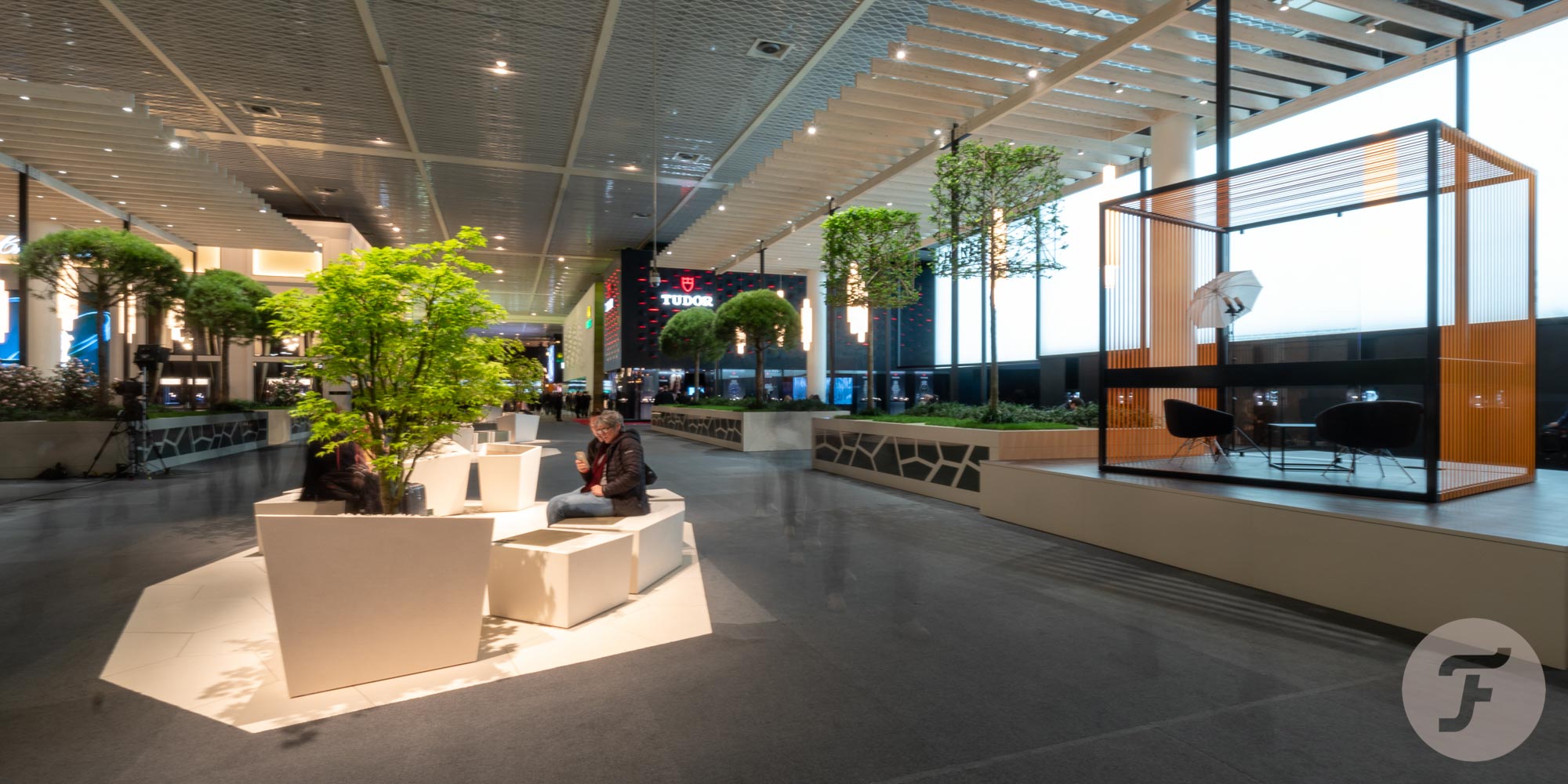 Finally, as we really don’t have much news for This Week in Watches, I’ll take a moment to discuss Baselworld 2019 (our pic above was a pre-opening shot, so don’t mistake it for a cranky “no one attended” shot).  A take away that was hard to ignore was the absence of the Swatch Group.  Roughly 18-19 brands were missing and the void was ever present.  For a lot of publications, this was akin to cutting the show in more than half.  You could see it in the newly expanded press center because a lot of people just wouldn’t leave presumably because they had no other appointments (you know who you are – playing on Facebook all day when some of us were trying to find a seat and get some work done).  On the other hand, the staff at Baselworld was a bit friendlier than in the past – even if they had no idea where some things were within the new layout.  But a huge underlying issue that many of us began uncovering after the glow of newness faded on day three was that the watches released this year weren’t all that special.  Yes, there were some bright spots such as the continued resurgence at Breitling, but even they seem all but set to exit the show next year.  Otherwise, the releases were either mainly underwhelming or non-existent.  To me, this highlights either a “battening down the hatches” approach in expectation of a global slowdown, or perhaps more likely, a new philosophy of releasing new pieces throughout the year.  The latter theory makes sense because – and we’ve seen it in this article alone – brands are releasing new things each and every week.  I even spoke with one large brand that said this is the new reality and watches that were released only in November are now almost “old”.  It’s a sign of the times and how we seem to like our news today – fast and frequent.   Regardless, if a continuous flow of releases becomes the new norm, Baselworld is truly in a bind and no matter what they do to attract brands, nothing will change the fact that they’re a fixed point on the calendar.  I, for one, hope that there’s room for both an ongoing flow of releases and the show.   If nothing else, this is the place where we get to sit down with so many smaller brands that otherwise might not attract such a captive audience.  The next 8-10 months will prove interesting indeed.

That’s all for This Week in Watches – we’ll return next weekend!