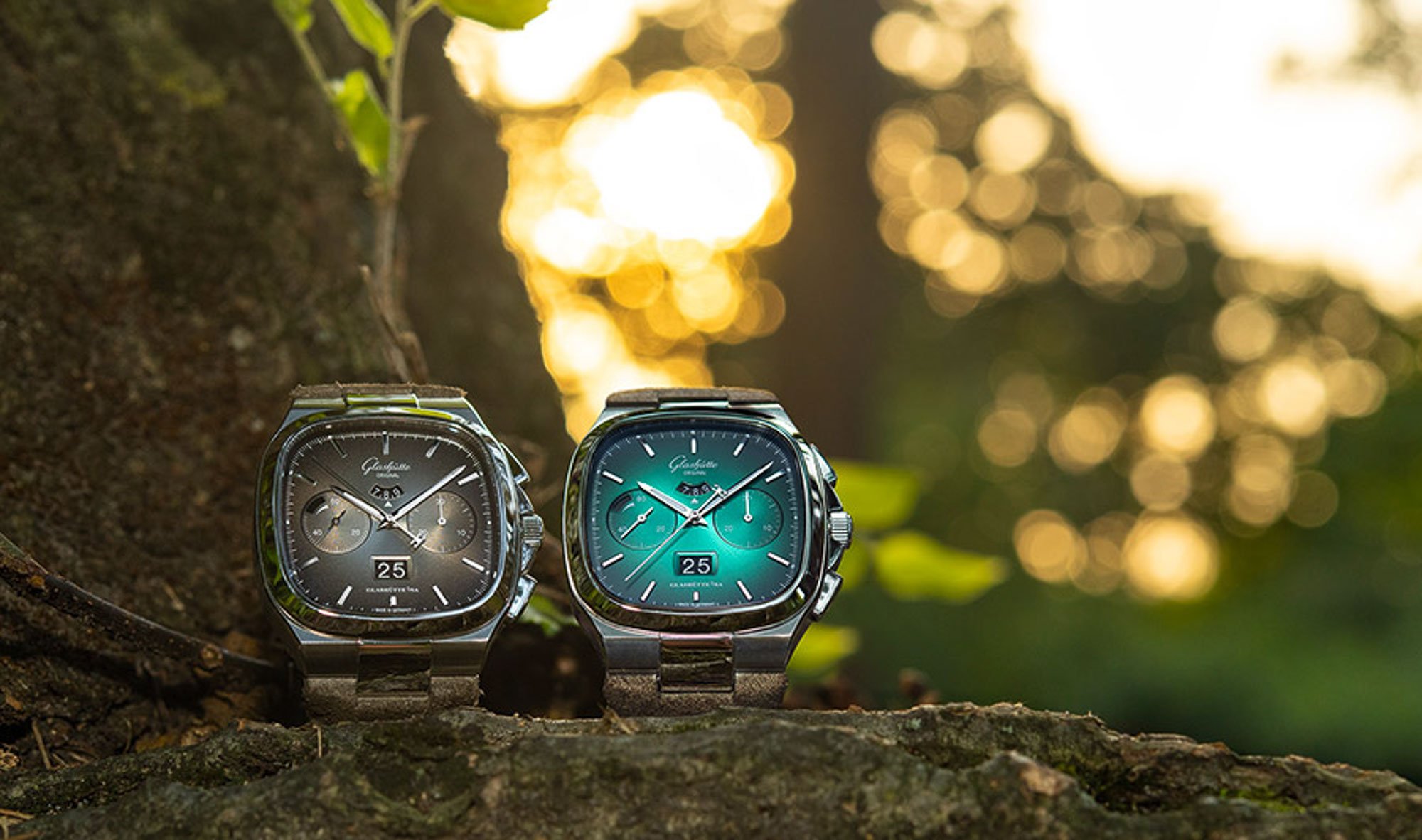 Glashütte sent us news of new chronographs today that are available as limited editions of 100 pieces in either green or grey.  Apparently, these colors mark the landscape around the Glashütte area and give inspiration to the area’s watchmakers.  The 40mm watches come in stainless steel and either on bracelet or leather strap with folding fastener.  Movement wise, we have the automatic 37-02 calibre automatic and that means that there’s a hell of lot happening.  In addition to a standard chronograph with 30-minute and 12-horu register, the date is shown as well as a power reserve.  The movement also has flyback functionality. 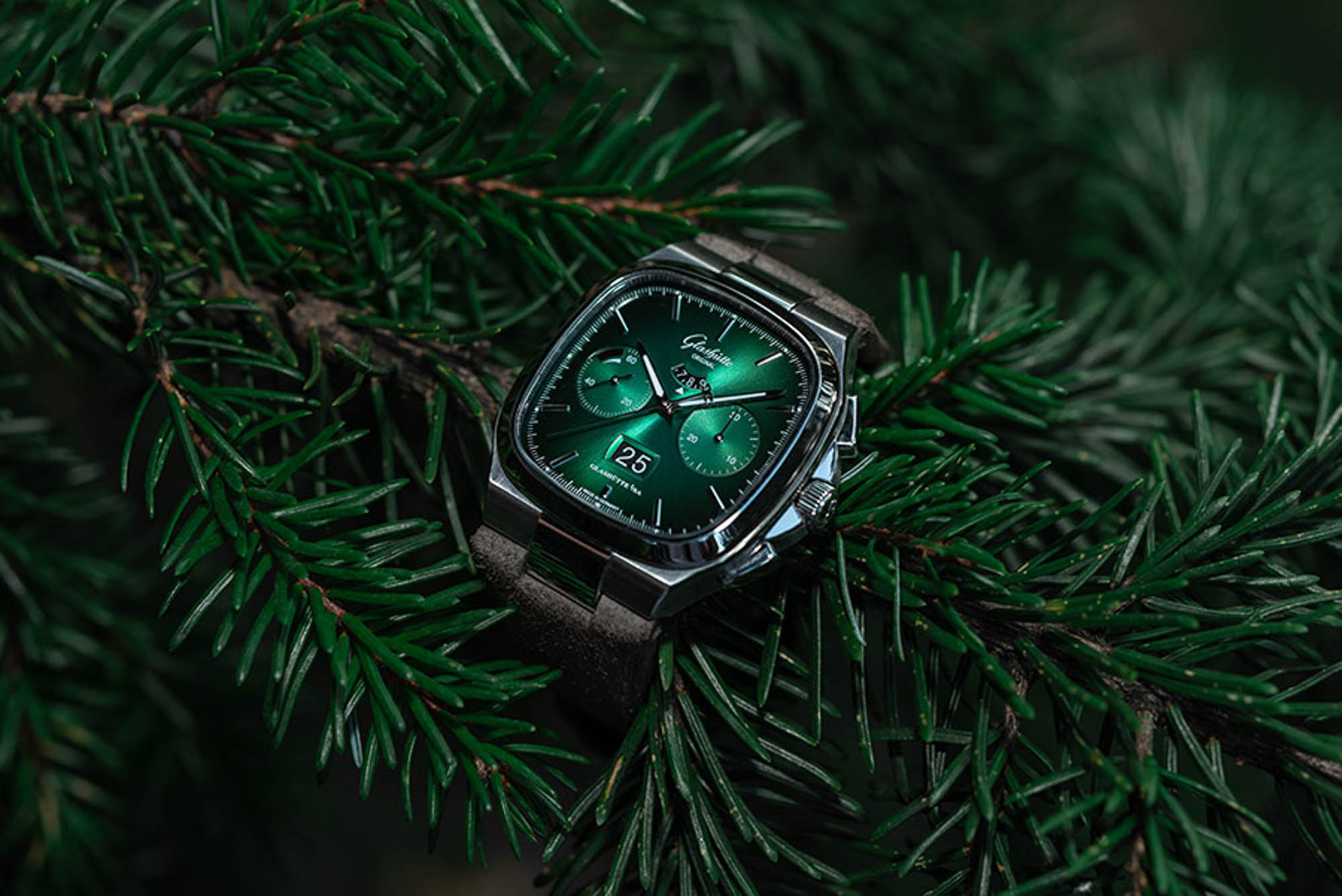 All that being said, the dials are what pay the bills here.  Glashütte brushes the dials, galvanizes them, and applies several coats of lacquer.  Black lacquer is then applied and the dials are fired in a kiln.  Pricing will be in the 12,000 Euro range and more information can be found on the Glashütte Original site.

Next up is a watch that will head to Kickstarter on the 5th of November, the Rzr Tecorón.  For a retail price of 1200 Euros (and a hair over 800 Euros if you’re an early funder), the RzR is fully made of carbon fiber.  The bracelet, the clasp, the case…these are all carbon fiber and that means that 80% of the watch by volume is made of the lightweight stuff.  The case shape is kind of cool and almost a bit Ebel-like.  At 42.9mm in diameter, 49mm lug to lug, and only 10.6mm thick, the watch will contain the Miyota 90s5 automatic.  The whole shebang with bracelet weighs just 44g.  If you’re interested, head to the official site to find more about the watch and the upcoming campaign. 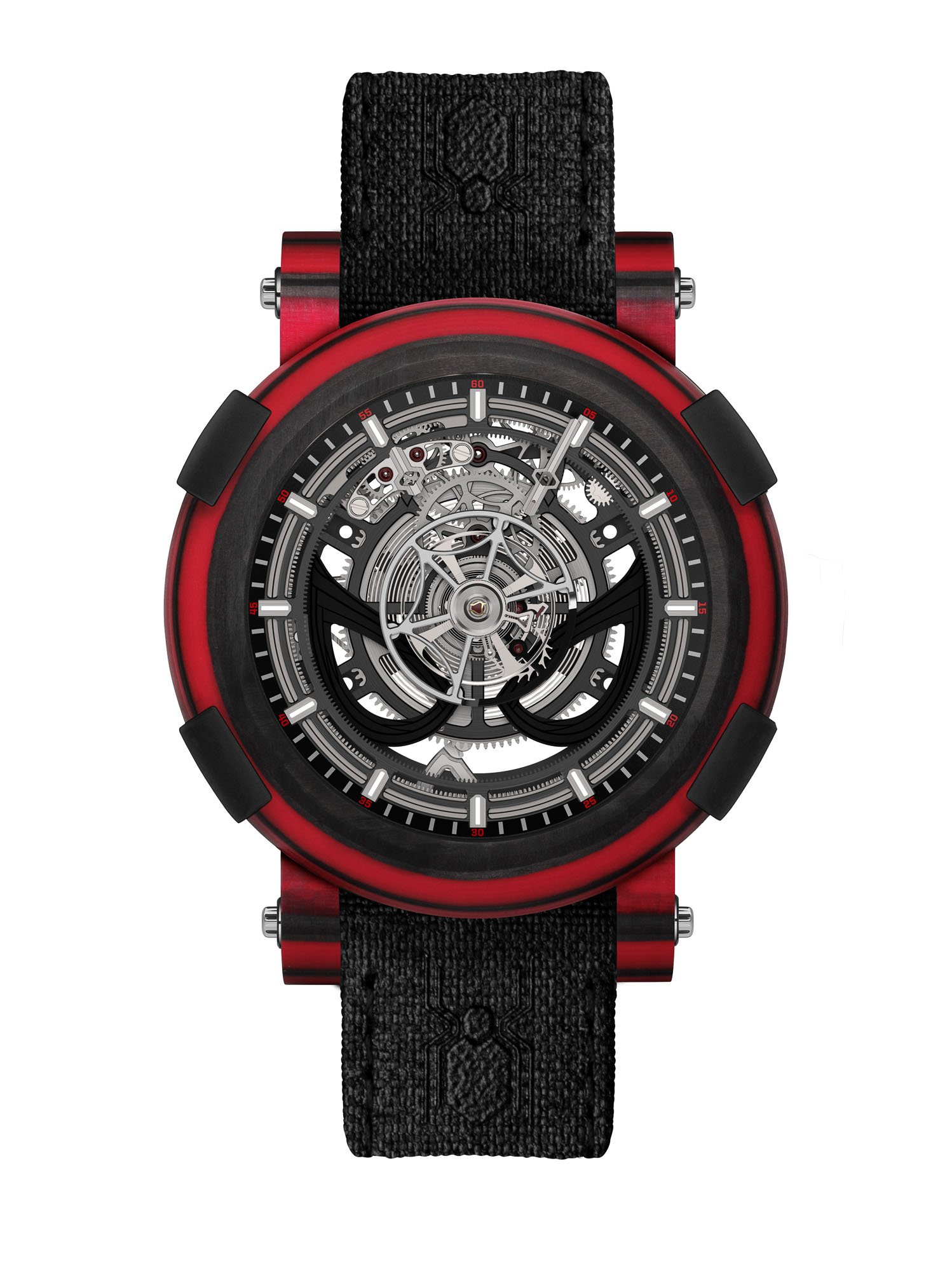 So, last week we showed the RJ Watches Joker watch and this week it’s Spider-Man.  I must say, well done on conquering both massive comic book universes!  This Spider-Man-related piece is unique because it’s the first in-house tourbillon movement by the brand.  Called the RJ-7000, it has a power reserve of 150 hours, which is pretty ridiculous.  The hours and minutes are displayed on the periphery of the dial, which is pretty unique.  The hands on the watch are shaped like the legs of Spider-Man’s logo.  Two versions will be available and each will be available as an edition of 10.  The first is in red and is made of composite while the second is made in black carbon. 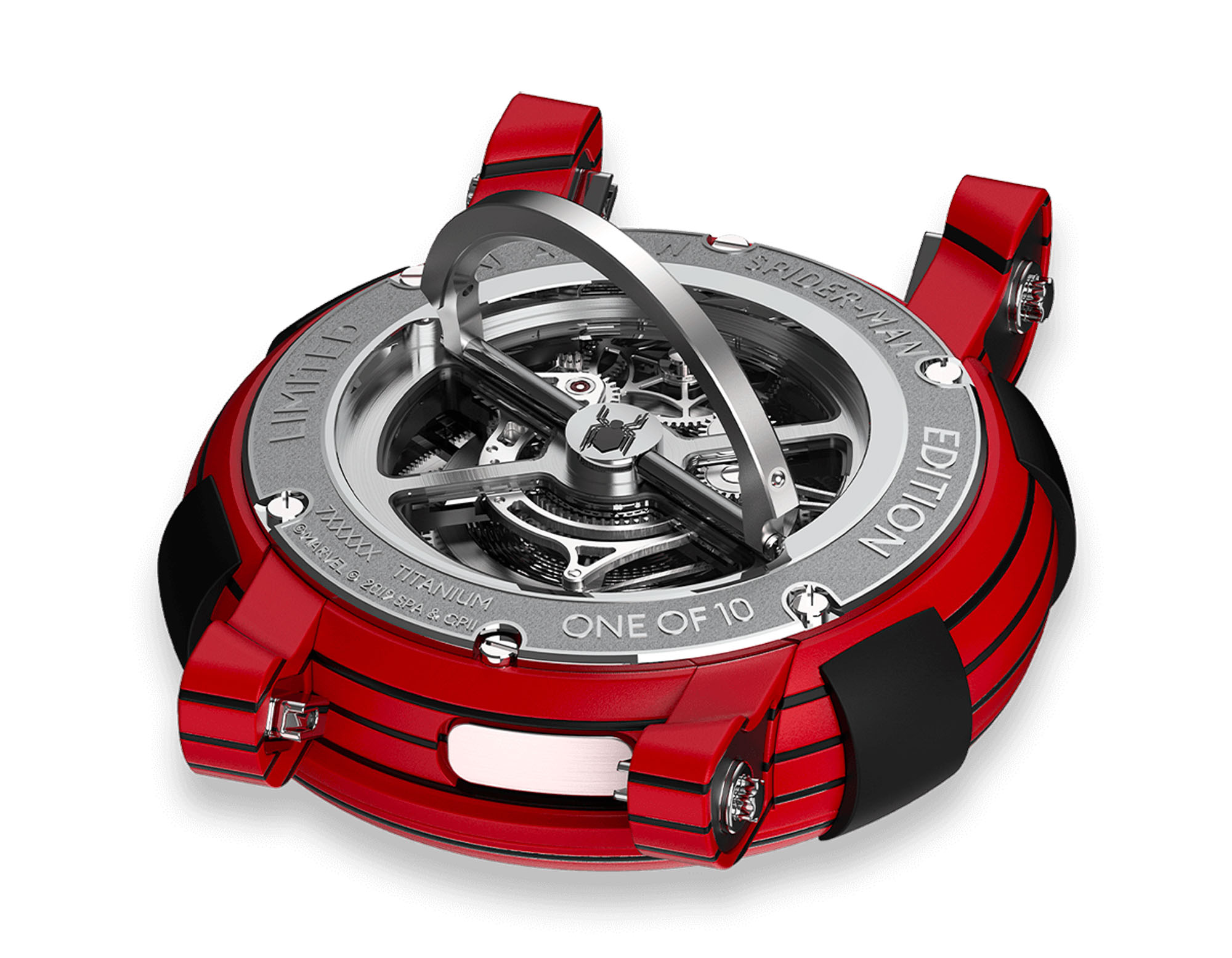 None feature a crown for winding and setting, but contain a hoop on the back that lifts up. 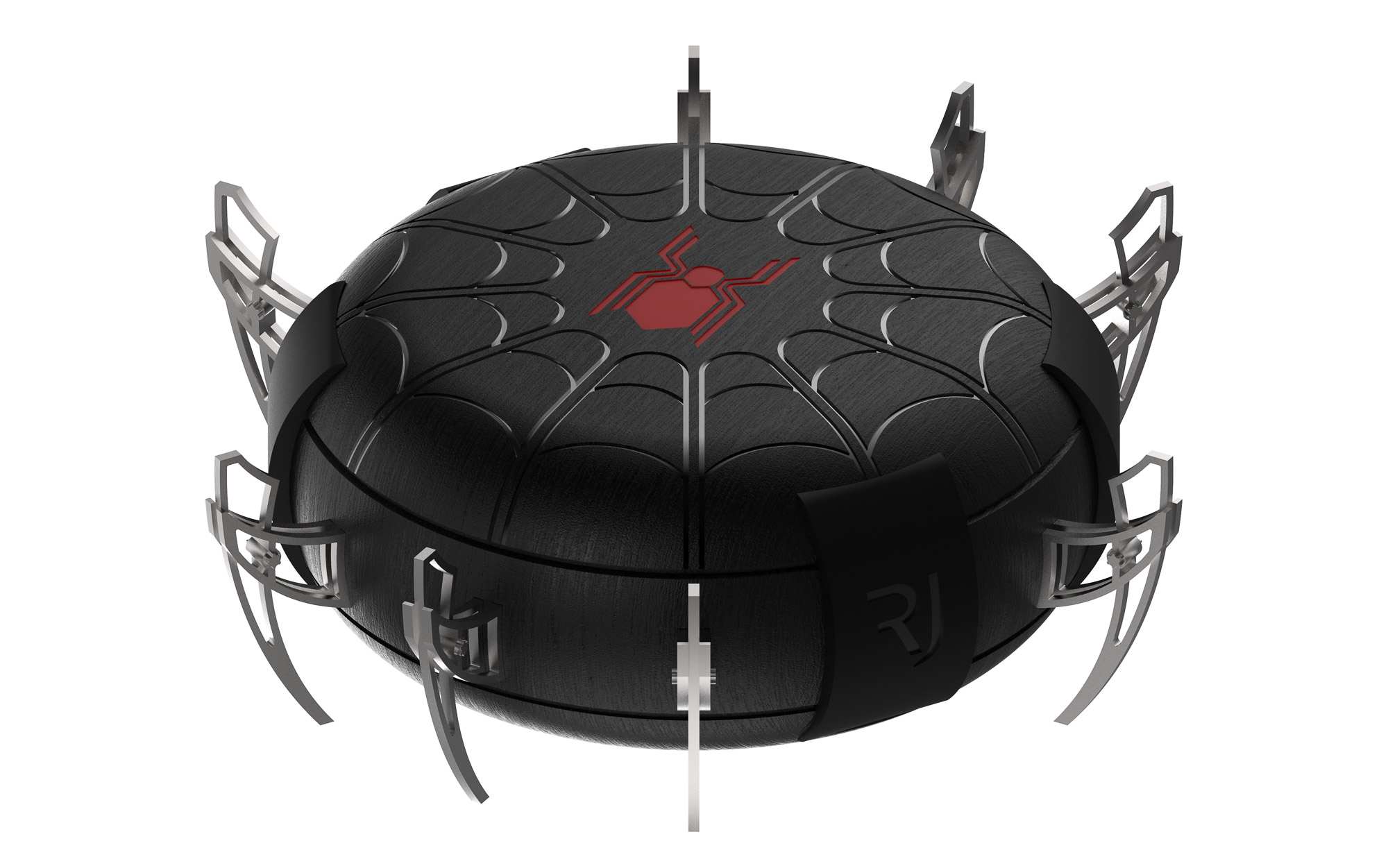 The wood case is also pretty awesome and features 8 “legs” just like a spider’s.  At $97,700 these aren’t cheap, but that’s the price of being a superhero!  Head to RJ Watches for more information. 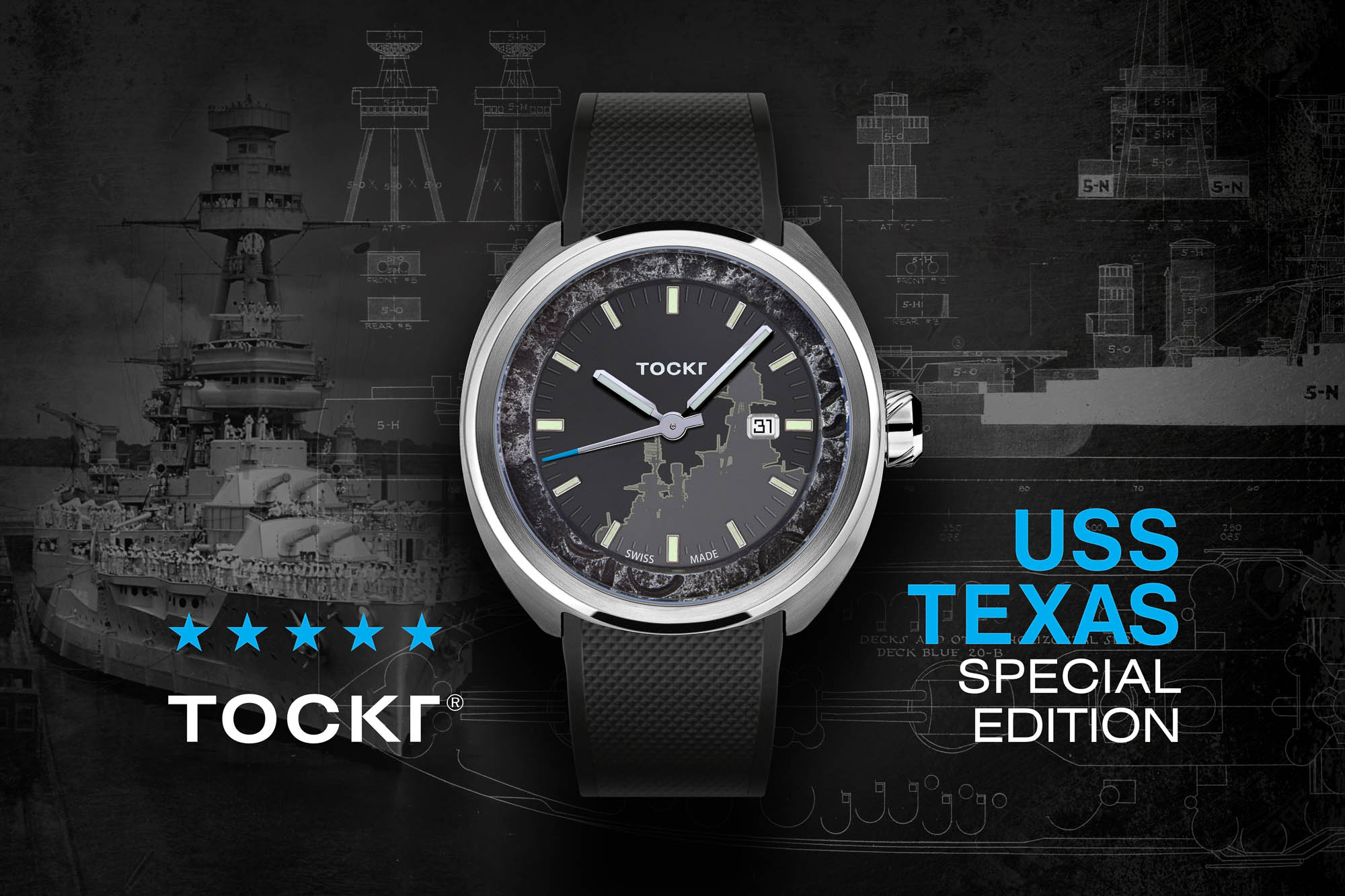 We’ve taken a look at Tockr previously and they’re back today with a look at a new piece that’s meant to benefit the restoration of the USS Texas, aka the “Mighty T”.  The USS Texas is the last remaining “dreadnought” vessel.  It was built in 1912, commissioned in 1914 and fought in both World Wars.  The ship is currently moored off of Houston, Texas and as one can imagine with an old iron structure of this age, it needs real work. 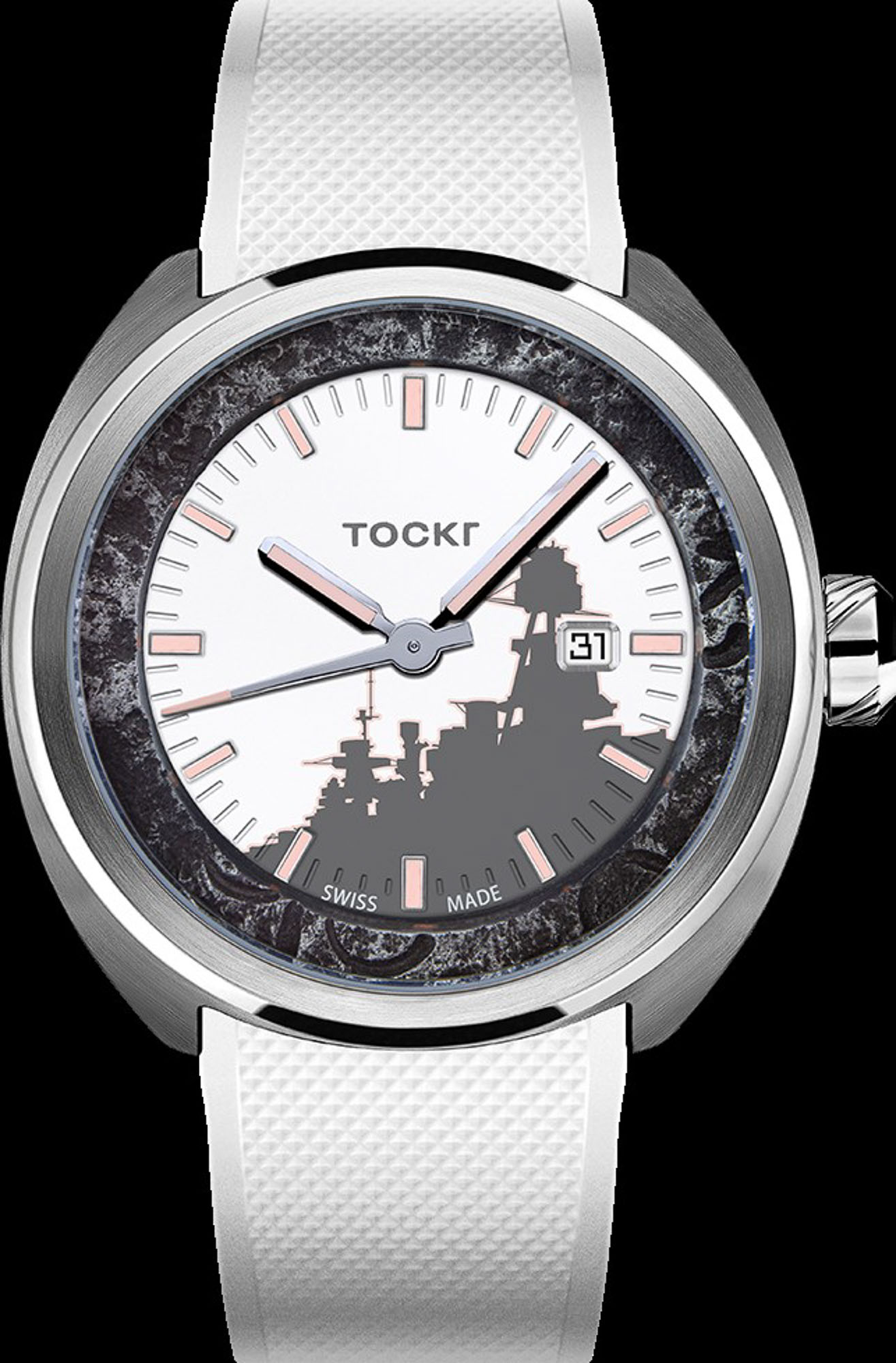 Tockr, based in Austin, Texas, has decided to help the cause by issuing two different watches (one for men and one for women) with a chapter rig that’s been locally machined out of steel from the Texas.  Fitted with a quartz movement, the USS Texas special edition will be priced at $799 for the first 100 pieces and $999 thereafter.  Head to Tockr for more information.

Team – that’s all for This Week in Watches…enjoy the weekend!