Happy New Year everyone! In our recap of 2016 you can read more about our view on the current state of the watch industry, interesting watches that were introduced and some words on how we performed last year. Since 2016 has ended, we take a brief moment to look back at the top 10 best read articles of last year.

We have some evergreens that we keep up-to-date (like our Speedmaster Buyer’s Guide and Audemars Piguet Royal Oak vs Patek Philippe Nautilus articles), but in this article we will show you the Top 10 best read articles that were written in 2016.

1. Seiko at BaselWorld – The Highlights

We know you love Seiko, we do too, so Michael did a write-up on the highlights of the new introduced Seiko models during the BaselWorld show. Not only their Seiko Presage chronograph with enamel dial and in-house chronograph movement (limited edition) was an amazingly popular timepiece, but also their price-friendly Seiko PADI editions like the “Turtle” and Kinetic models were amazing. In fact, the entire Fratello Watches team ordered one of these PADI watches. Amazingly well built and a lot of fun to wear. The new Grand Seiko Black Ceramic Chronograph was also pretty impressive but unfortunately these do not hit the European stores (any time soon), other than some ‘imported’ pieces. A pity, we hope to see more Grand Seiko in Europe (the US seems to have their fair share in the meanwhile) in the near future. 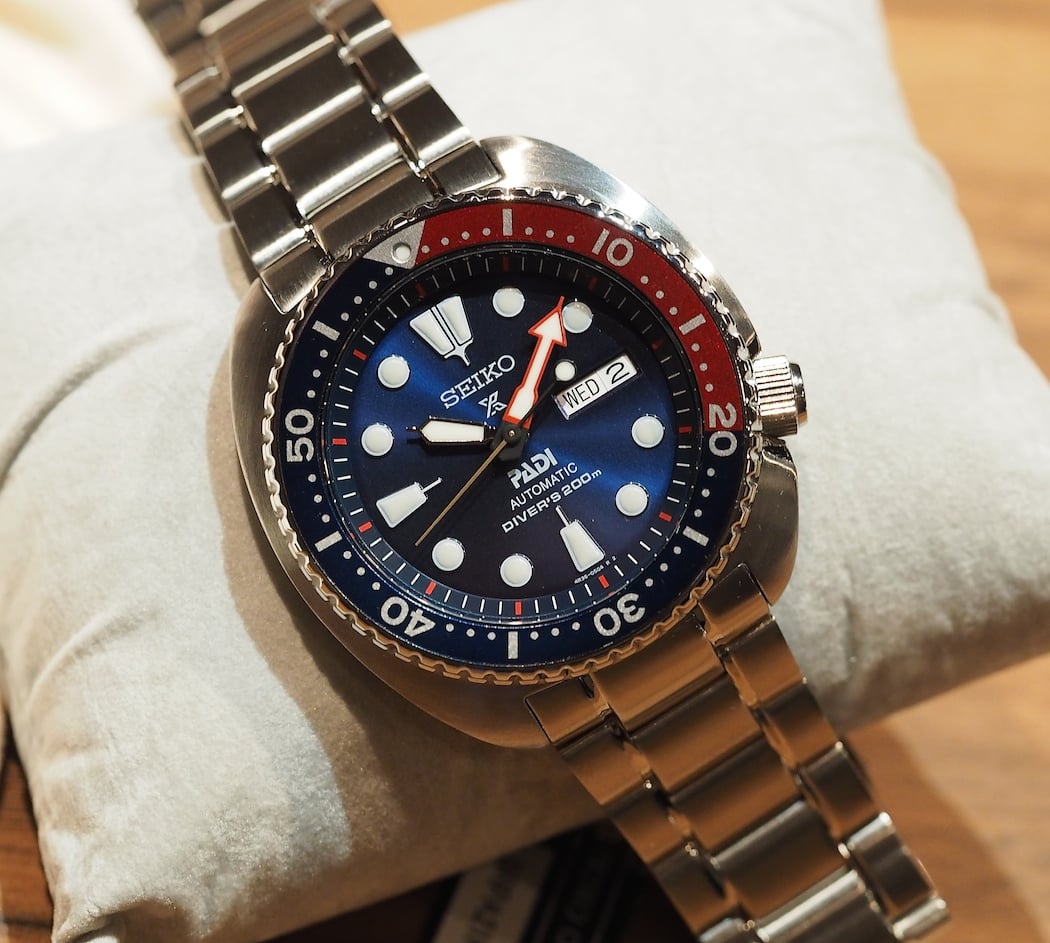 Bulls-eye for Oris with their Divers Sixty-Five models. Introduced in 2015 and the design was actually ignited by the Dutch Oris representative (which makes us even more proud). As a vintage watch collector, he had the idea of doing a re-edition of the 1960s Oris diver watch. Oris came up with a beautiful 40mm design in 2015 and last year, they introduced a slightly bigger version in 42mm. In the meanwhile, we’ve also seen green dial and silver dial models as well as a model in bronze. Awesome. Oris, with its friendly price point, keeps it fun for collectors. The watch is also available with a rivet bracelet. In this article we actually compared the original 1960s Oris Diver with the re-editions. 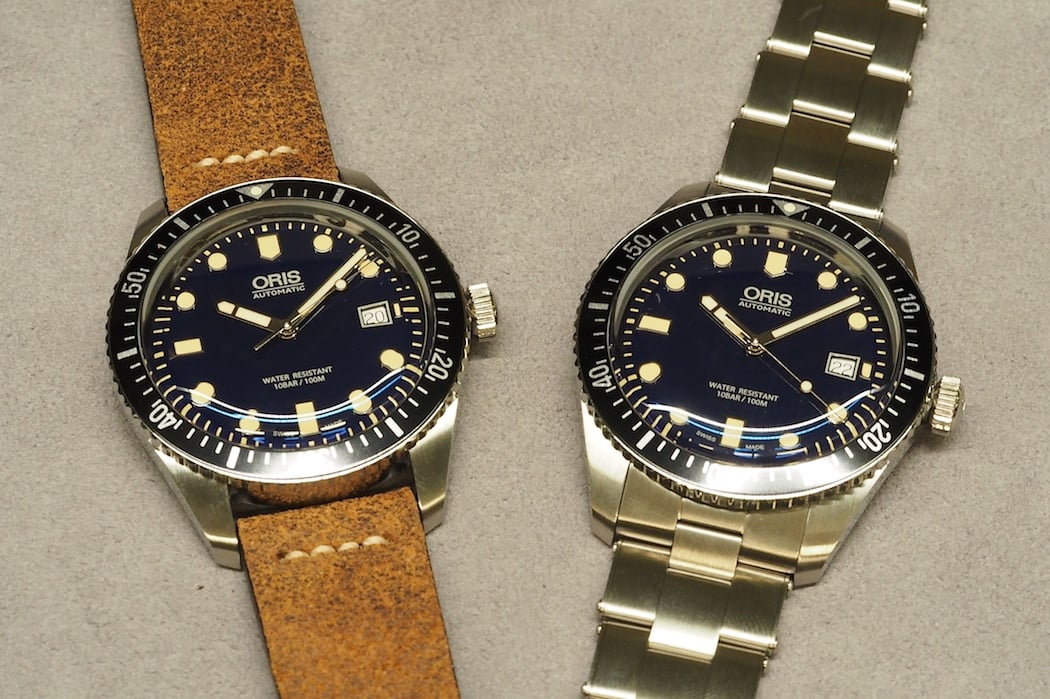 Our 2015 review of its predecessor, the SBDX001, is actually one of the best read articles of all times. But the review of the SBDX017 belongs to the Top 10 best read articles in 2016 as well. An amazing watch that several of our team members own and wear privately as well, both the SBDX001 and later SBDX017. The SBDX017 has been upgraded in terms of better lume and the case and bracelet have been treated with Seiko’s DiaShield technology. A coating that gives better protection to scratches. The 8L35 movement has been updated well, now using MEMS technology. MEMS technology refers to tighter tolerances that should allow for better timekeeping and less wear over time. An approx. €2000 Euro watch that is hard to beat by any other piece in this price range. 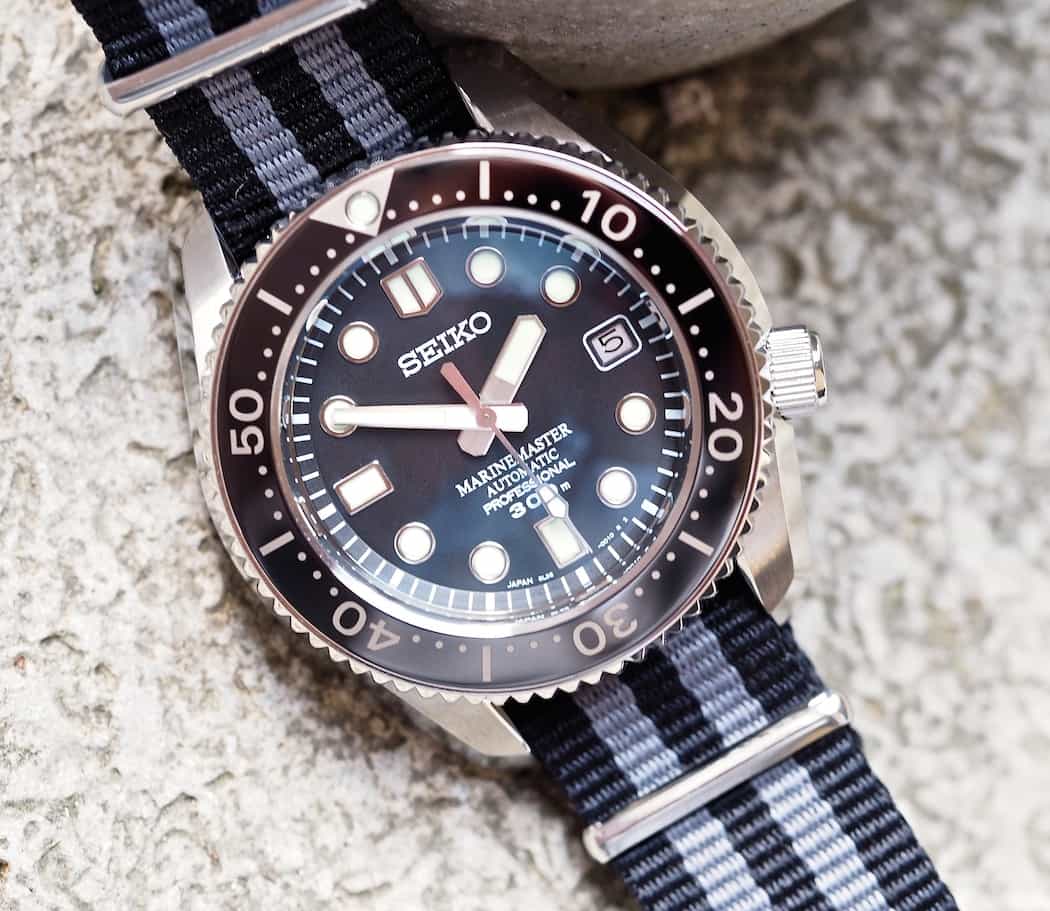 The talk of the town in 2016, the new Rolex Daytona 116500LN. You know those predictions on some websites, where they show photoshopped Rolex models they wish to come out. Some came very close, but in the end, Rolex is like Chuck Norris. They decide what’s best. In this case, a black ceramic bezel and black rings around the sub dials. In this article I wrote about the changes through the years regarding the Daytona and especially focussing on the 116500LN compared to the 116520. The hype around the Daytona was fading away a bit over the last few years, you could easily pick one up at a dealer. No more. There’s a waiting list for this beauty and if you want one now, expect to chip in 5K extra at a grey market dealer near you. It makes me wonder sometimes, why official retailers push this piece to the grey market, as they don’t need to. To be brutally honest with you, I really would like to own one at some point even though I am not a Daytona guy. 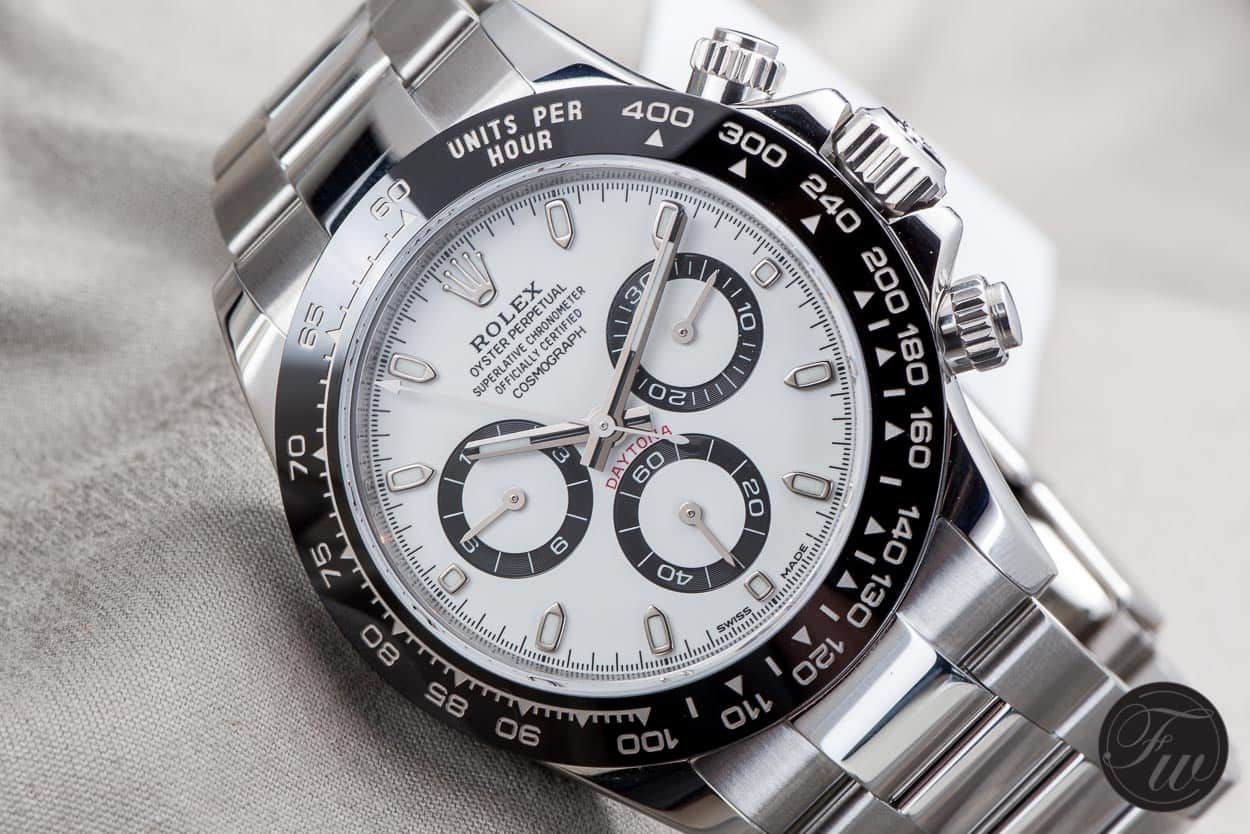 Rolex fixed what was wrong. The previous 39mm Explorer had hands that were simply a bit too short. With this new 39mm reference 214270, they changed the hands to decent fitting ones and applied with their Chroma-light luminous material. Inside, their in-house caliber 3132 performs within -2/+2 seconds a day on average, well within the COSC specifications and guaranteed for 5 years. This might be the best watch money can buy below 6000 Euro. It has a long heritage, going all the way back to the early 1950s. The reference 1016 was in production for a long time and is one of the most sought-after Explorer references. Michael wrote an article on that specific reference, in my opinion one of the coolest and purest vintage Rolex watches out there. 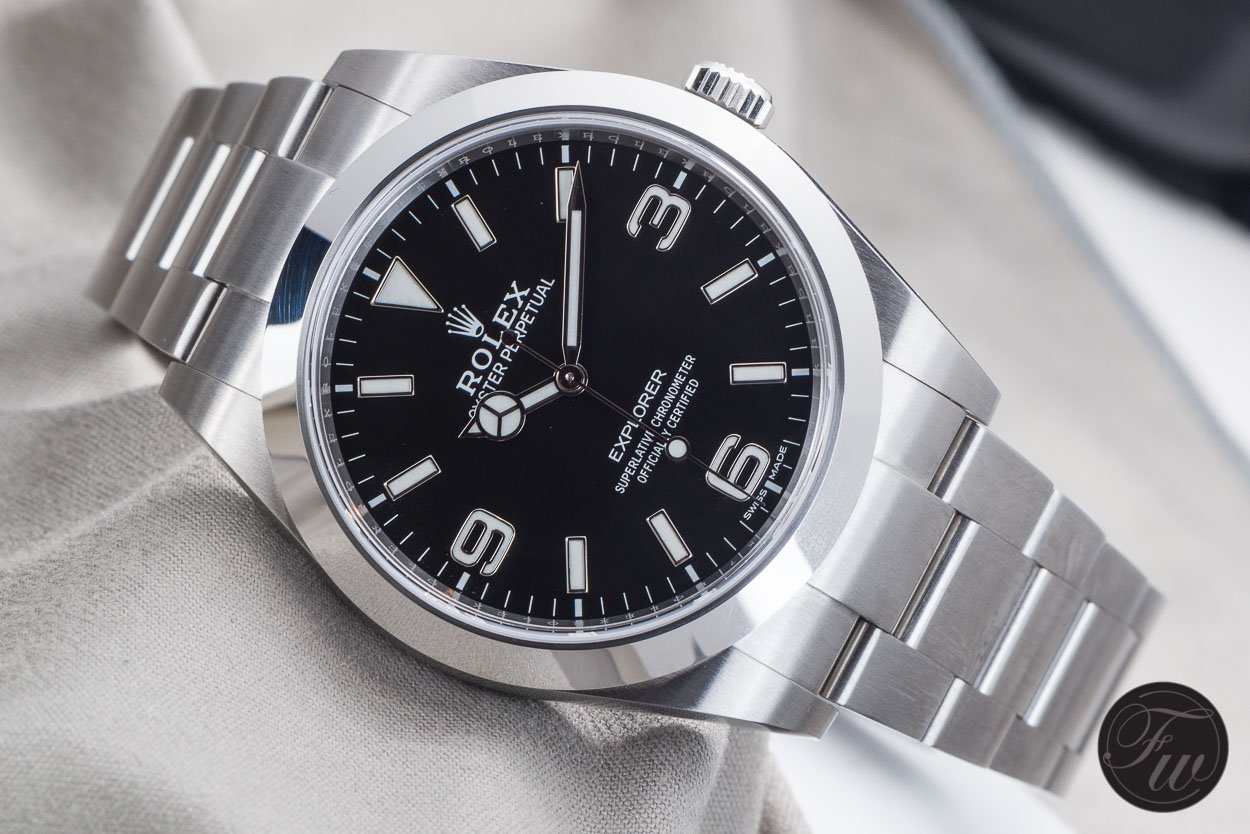 6. Hands-on review of the Seiko SRP777 and comparison with the original 6309

Another Seiko in this Top 10 best read articles overview of 2016. Even though the new Seiko Prospex “Turtle” collection was already introduced in 2015, they didn’t hit the markets until 2016. We even had the pleasure of giving one away to one of our readers. With a list price of just under €400 this really is a no-brainer if you’re looking for a mechanical divers watch under 500 Euro. The comparison with the 6309 showed the obvious differences, but it is up to you if you rather have the ‘original’ or the current version. If you want to actually use it for diving, the new model might be a wise choice. The original 6309s can be found for around 300 Euro in good condition. Just make sure it doesn’t have a replacement dial and hands and that the crown tube is still OK. 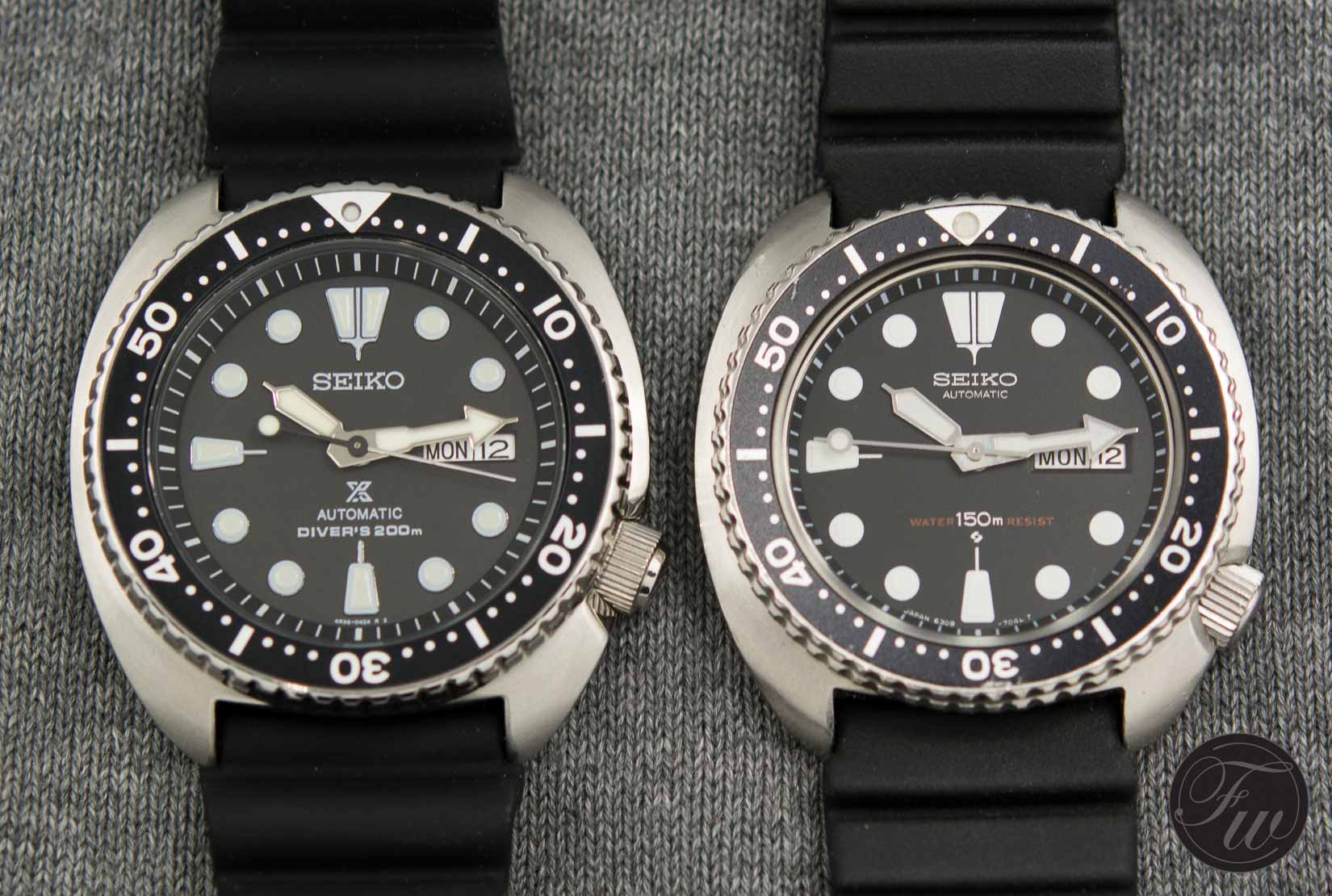 Not only the divers (Divers Sixty-Five and Aquis) from Oris got attention here, we also performed a hands-on review of the Oris Calibre 111 watch. An Oris with an in-house movement. Oris used to manufacture their own movements until the early 1980s. Then, as part of a buy-out deal with the ASUAG (now Swatch Group, who acquired Oris in the early 1970s), Oris was obliged to use ETA movements. It was an interesting moment for Oris to hear – a few decades later – that they could not use ETA movements anymore, but had to seek for alternatives (like Sellita). Oris came up with an in-house movement again in 2014, called caliber 110. The caliber 111 movement, as used in this model, was introduced in 2015. This Oris Calibre 111 watch is in price range outside (5100 Euro) the usual one, but we’ve been told that there’s quite some demand for them nevertheless. 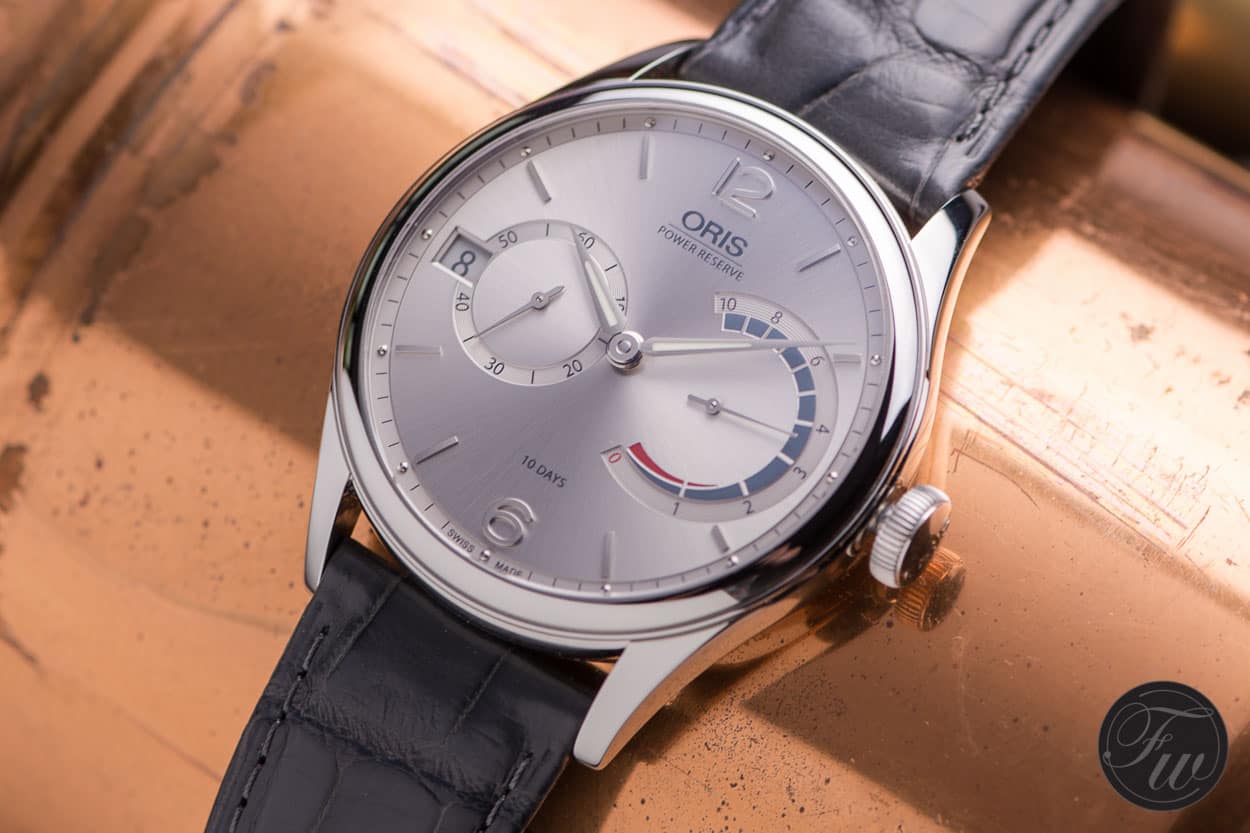 On one of the first Tuesdays of January last year, Omega introduced a new range of Speedmaster timepieces. The Speedmaster Moonphase Chronograph Chronometer (overview of the models can be found here). A watch that uses the new Omega in-house caliber 9904 movement, basically a 9300 movement with moon phases complication. Master Chronometer refers to the METAS certification, that we explained in detail in this article. One of the cool features is the photo realistic moon phase indicator, showing the actual footprint of Neil Armstrong. Our photographer Bert Buijsrogge achieved to capture the image of the moon phase disc showing so much detail, that Omega decided to use it on their own Instagram account. 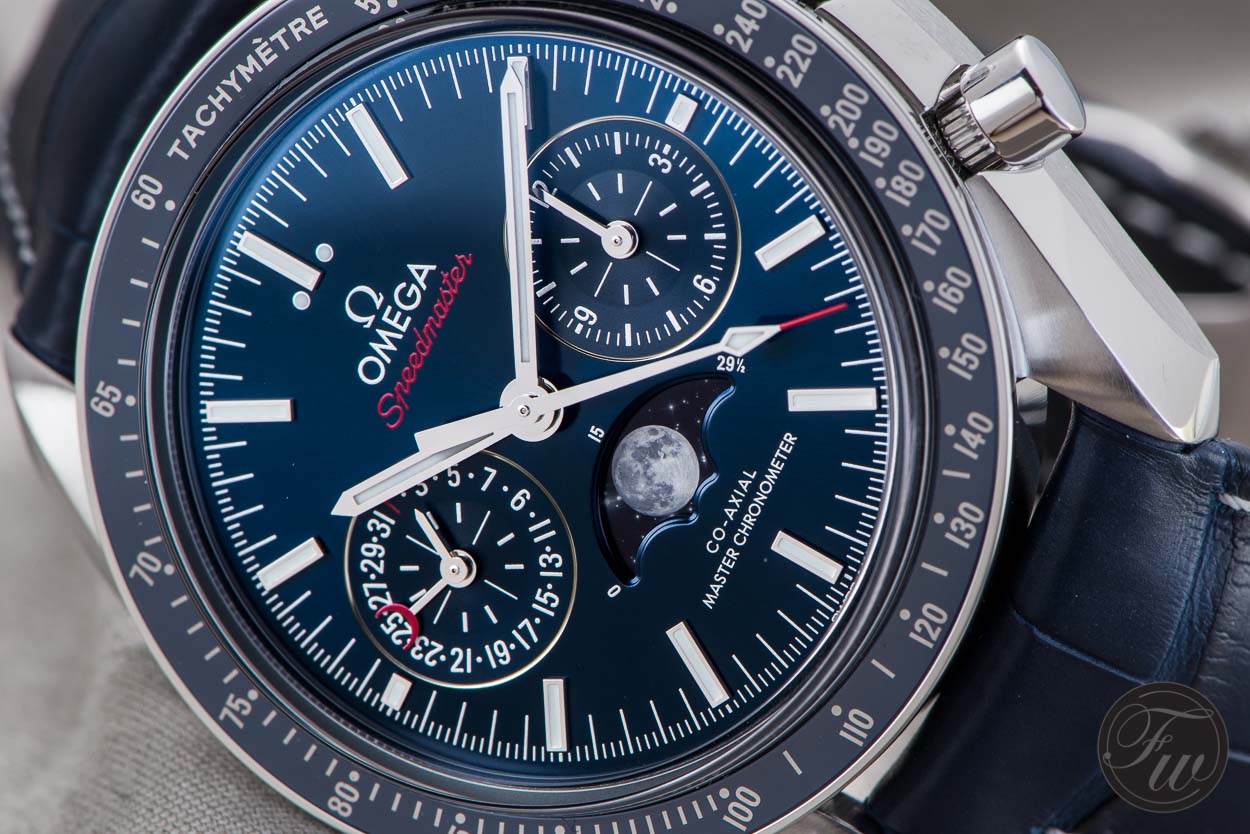 The Aquanaut is one of Patek youngest collections, as it was introduced in 1997. It was aimed at a younger clientele of Patek Philippe and slightly similar to the Nautilus collection. The Travel Time model was introduced in 2011 and has been very popular ever since. Last year, Patek decided it was time for a rose gold version with beautiful brown dial (and rubber strap). A sports watch in gold always remains topic for discussion, but I am of the opinion that it really works well with some watches. The Aquanaut Travel Time is definitely one of them.  Inside, Patek Philippe uses the caliber 324 S C FUS movement, based on the caliber 324 S C. It is a beautiful looking movement and can be admired through the sapphire caseback. The movement also bears the Patek Philippe Seal. 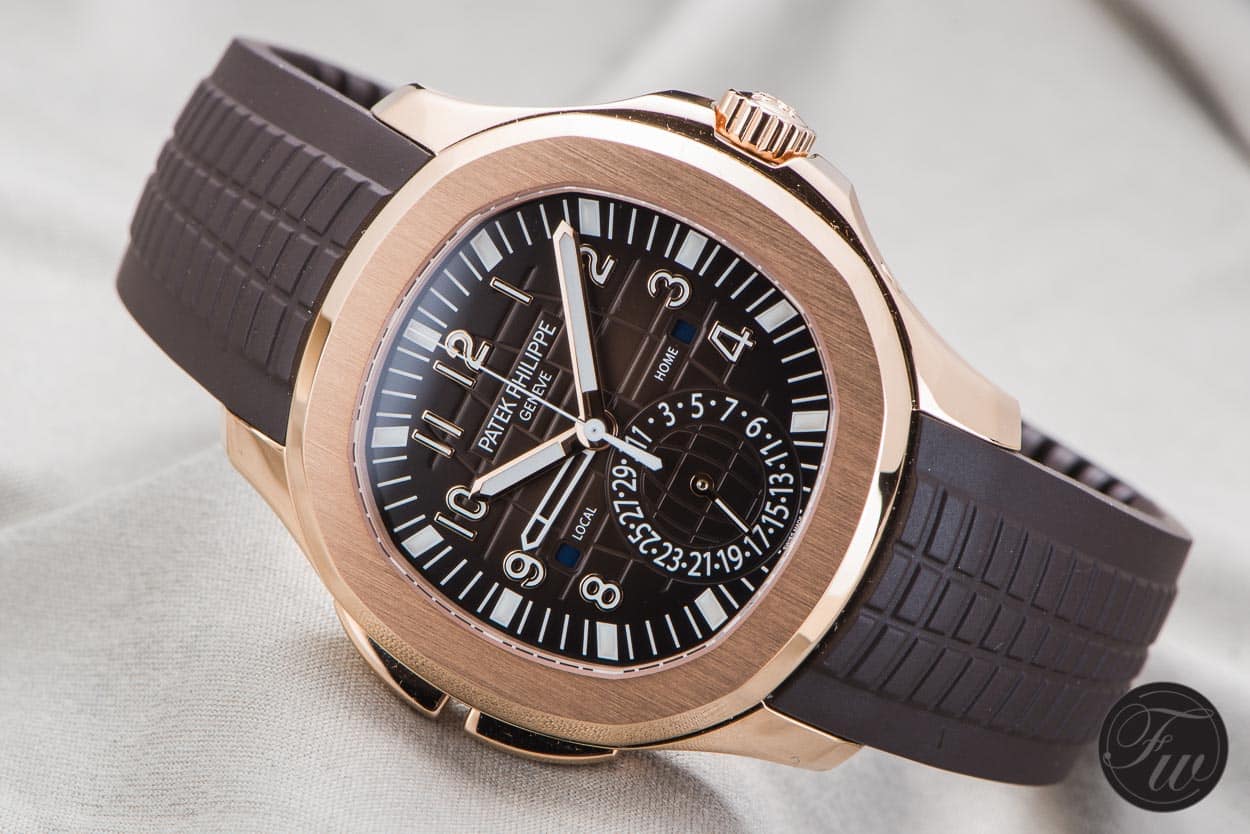 Our weekly recurring item ‘Speedy Tuesday’ is something we do since 2012, so this year we celebrate our 5th anniversary. Our Speedy Tuesday articles are very well-read in general, but this particular one on the CK2998 received an extreme amount of interest. Last year, Omega not only introduced the new moon phase model (see above), but also this limited edition “CK2998”, inspired by the 2nd generation of Speedmaster watches, reference CK2998. This was the first Omega in space, on the wrist of astronaut Wally Schirra.

With this article on the Speedmaster CK2998 limited edition (sold out now), we end our Top 10 best read articles overview. 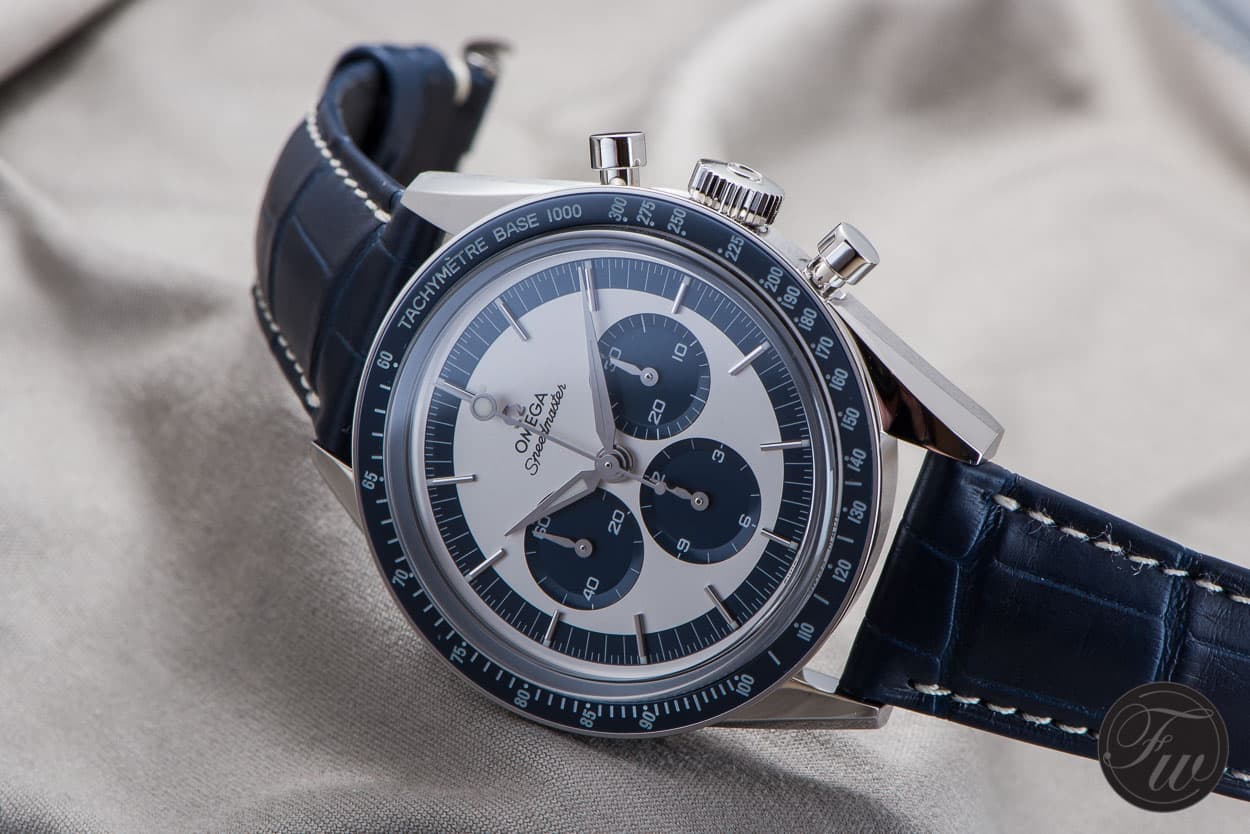