WHO SAYS THAT MEN DO NOT WEAR JEWELRY? THE GRIFFIN EMBLEM SKELETON TIMEPIECE HAS REDEFINED THIS CONCEPT!

It is really very difficult to find any ornament or jewelry item for men, in any part of the world. In fact, if you try to list down the jewelry items exclusively designed for men, you can count them on the fingers of your one hand. Griffin Emblem – one of the best Timepiece designers have redefined this concept by launching a perfect watch to compliment your lifestyle and your wardrobe. It is well said that boys take a glance at their smartphone to confirm the time and polished men take a look at their watch. 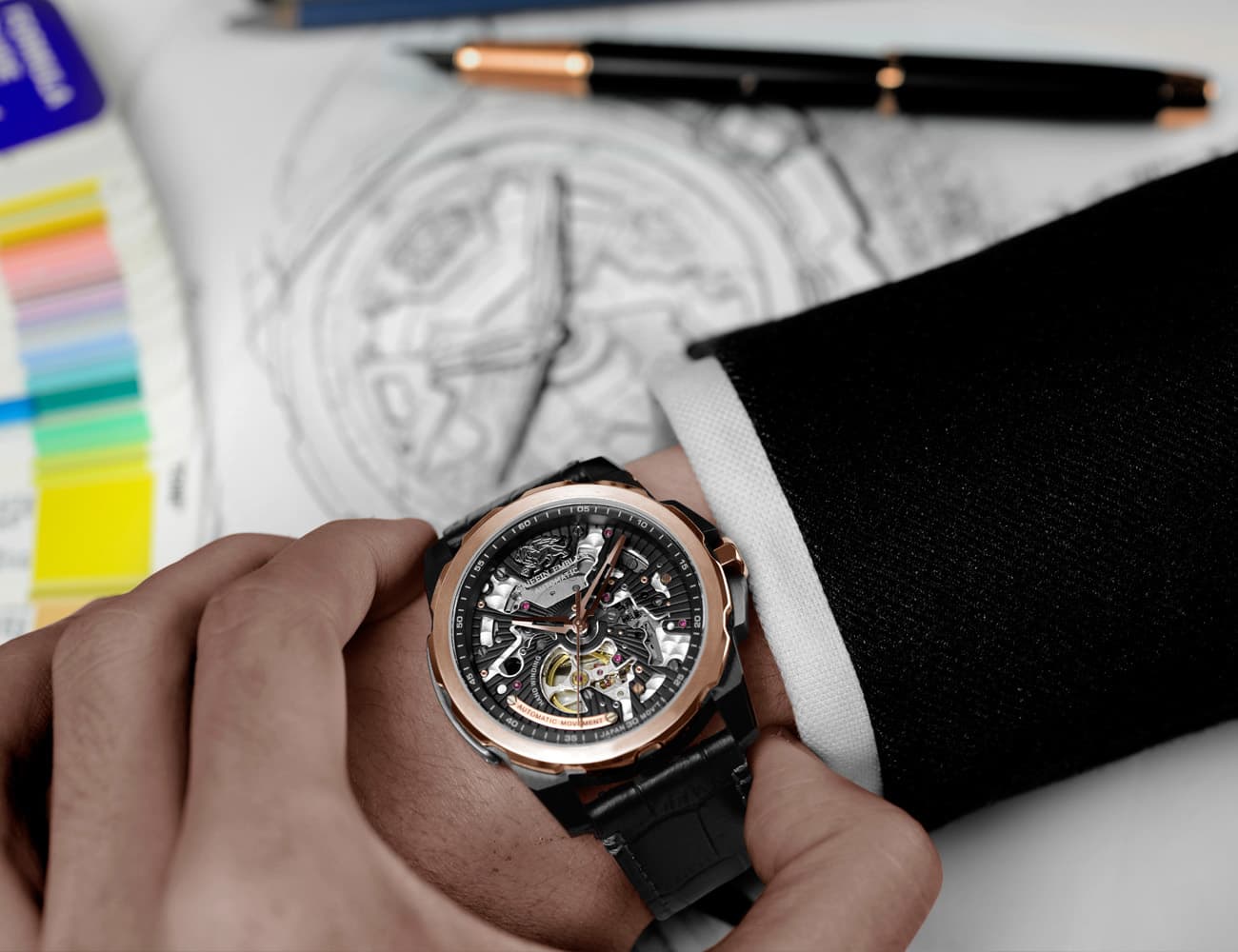 The truth is – most of the men like to flaunt their exclusive watches gracing the wrists because it is one of the best way that depicts their originality and standard of living adding charisma in their personality. If you are looking to upgrade your watch collection or intending to purchase a designer Timepiece you cannot ignore the exquisite original collections of Griffin Emblem. A skeleton watch is a mechanical watch, wherein all the moving parts are visible from the outside and Griffin Emblem has mastered the designing of these exquisite timepieces and successfully entered the market in 2013. The market reaction was very positive and gave a standing ovation to Griffin Emblem for their three exclusive collections launched in the year September 2014, March 2015 and March 2016, which reached the pinnacle with respect to the wealth accumulation – 163,957 €. It was qualified to gain the status of ‘Most Funded Venture In Skeleton Automatic Timepiece’ on Indiegogo in the year 2015, which is around 2 times higher than the earlier record holders. Griffin Emblem proudly confesses the ‘sold-out’ position of all the models within two months of their first shipment! After a year of design and sample development, the team of Alain Recuze & Raymond Jones back with a new automatic timepieces collection which constructed with higher specifications and with improved features and technology as well as best design selection available in more colors. 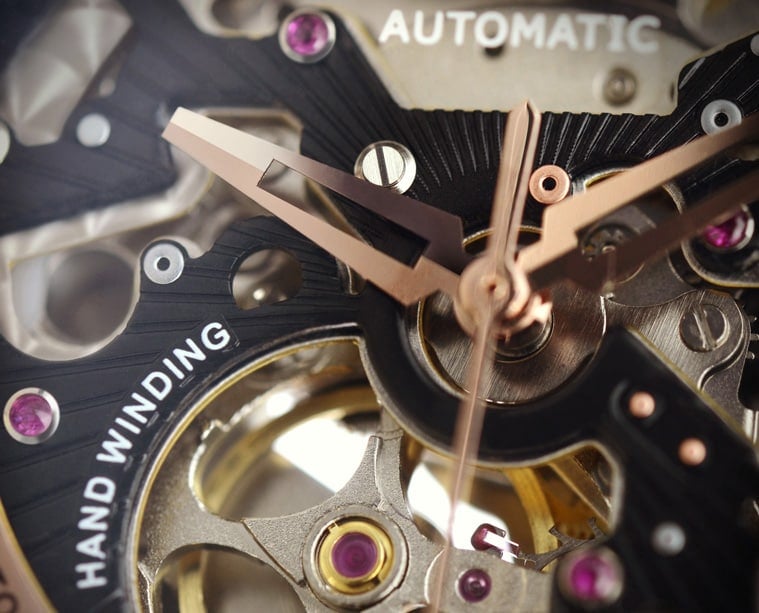 The main reason why Griffin Emblem watches are at a zenith position is that they perceive and convert all the disadvantages as their main advantages. They are furnished with Miyota 82S and 9100 series of mechanical movements, which is Japanese technology. And if this technology is compared with Swiss movements – it stands nowhere. Hence Japanese movements give more attention to the research and development of Accuracy, which is based on practical technology. Hence, this Japanese technology wins an extremely positive goodwill and faith world-wide. Griffin Emblem is highly capable and caters to this huge market, which is available in the simple movement. The designers are able to give exclusive designer timepieces and decorations with more multi-layered dial. The appearance can further be improved by giving different polish effects and by using 3-dimensional metal parts. 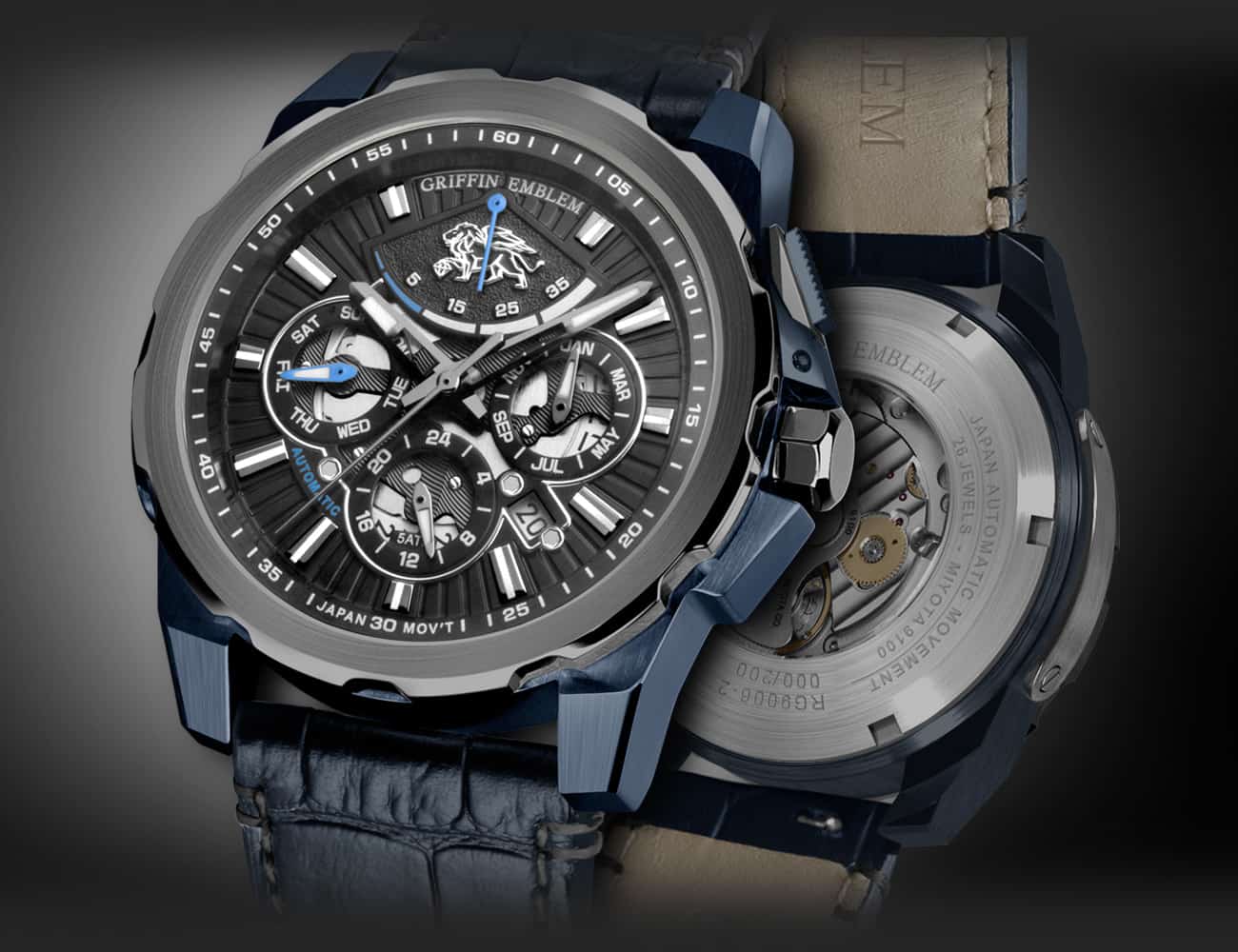 They offer the most value for money timepieces, which give more at highly reasonable price. The entry level skeleton mechanical watch starts at 589€. All the factors, which user expects for the investment they have made are truly fulfilled by these watches. Griffin Emblem pays more attention to looks, sturdiness and practical performance. To name the few parts used in this watch are Swarovski crystal, ruby, sapphire crystal with reflective coating, 316L stainless steel, Japanese MIYOTA 825 and 9100 series of mechanical movement with pure leather strap. And in the entire market, it will be difficult to find such combination of timepiece at a similar price! 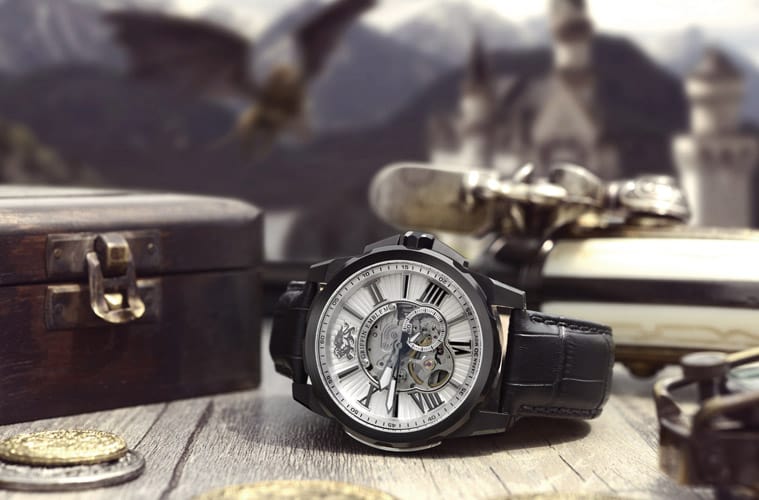 The success story of Griffin Emblem is divided into two parts:

Not only Griffin was the King of the entire mythological creatures but also the symbol of treasure defender. In the Griffin Emblem logo, the diamond beneath the Griffin’s foot symbolizes every piece of well-designed wrist jewelry. The word ‘emblem’ symbolizes the treasure.