Welcome to This Week in Watches for February 24, 2019.  I’ve just come back from roughly a week in Florida and it’s been a lot of Rolex for 7 days on the wrists of my fellow Floridians.  Then there was a gent with a Louis Vuitton backpack (really L) and a solid AP Royal Oak Jumbo (really J).  Hopping aboard the plane, I picked up a magazine and came across a very expensive advertisement from Chanel that mentioned that a new J12 is headed our way at Basel in less than a month.  So, it is still the show for some…. Whatever the case, let’s talk about some different watches this week. 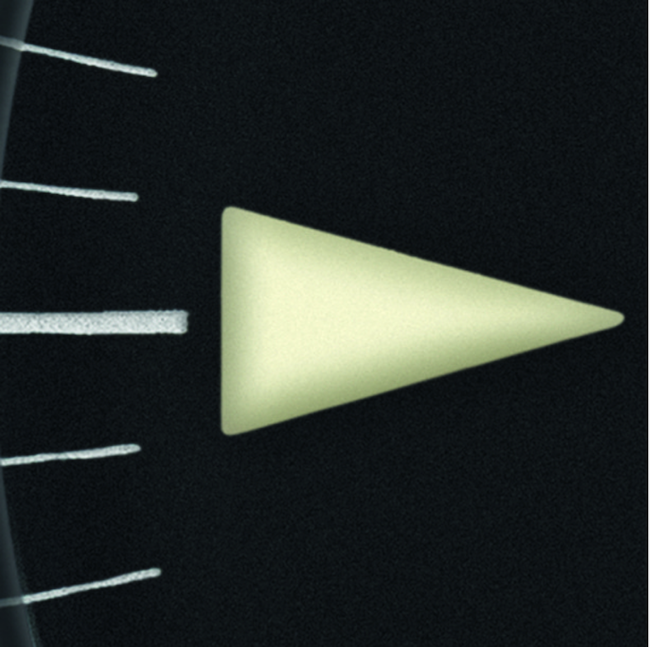 Tudor Hints at Something

This is now a couple weeks old, but Tudor dropped a photo on Instagram that shows what looks like a diver with triangular indices.  If you’re a student of the Tudor game, you’d likely come to the conclusion that this will be Submariner related as the brand started marketing their version of the watch 50 years ago.  We honestly don’t know details of what’s coming, but Tudor has a fairly crowded dive watch lineup with the Pelagos and umpteen versions of the Black Bay.  Perhaps we’ll get something using the slimmer “Fifty Eight” case in the vein of a blue Snowflake, but with a Cyclops this time.  Perhaps we will see the return of crown guards.  Who knows, but Tudor has been featuring a prototype 90’s Sub quite a bit on its Instagram feed with a burgundy bezel.  Whatever it is, we’ll be there watching the press release, so stay tuned. 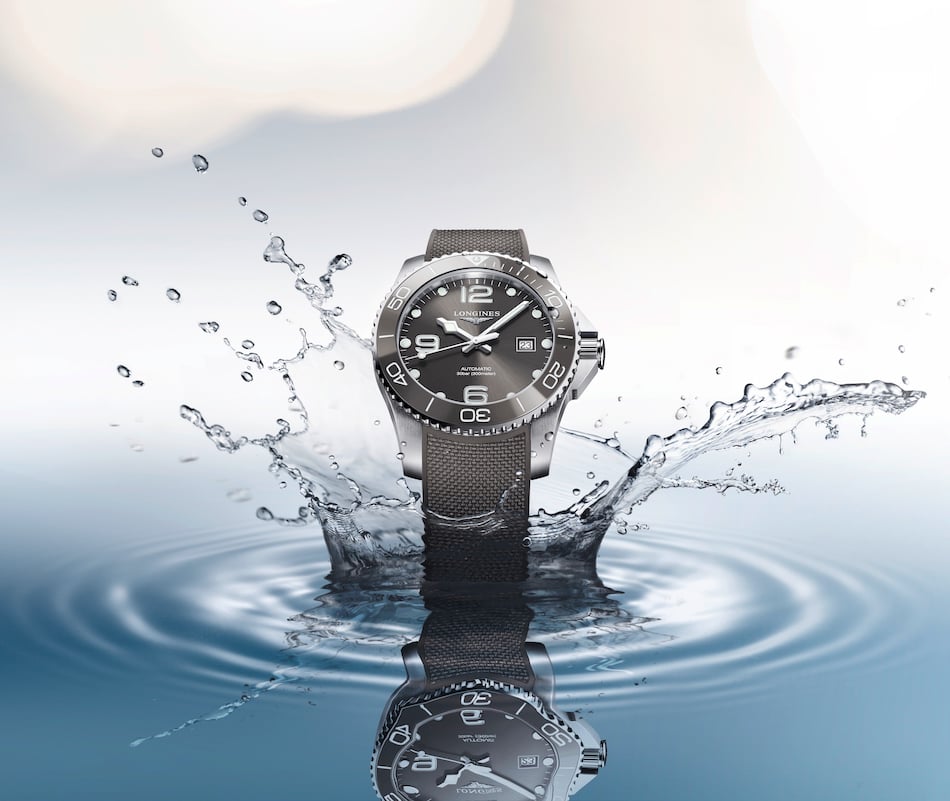 Recently, Longines held an event in Singapore of all places to release its updated HydroConquest lineup.  The popular, and very affordable, mechanical watches come in chronograph or three hand with date versions.  In black, grey, or blue, the pieces come on bracelet or a rubber strap.  Personally, I like the look of the 43mm grey three-hander, which retails for an attractive 1,390 Euros. 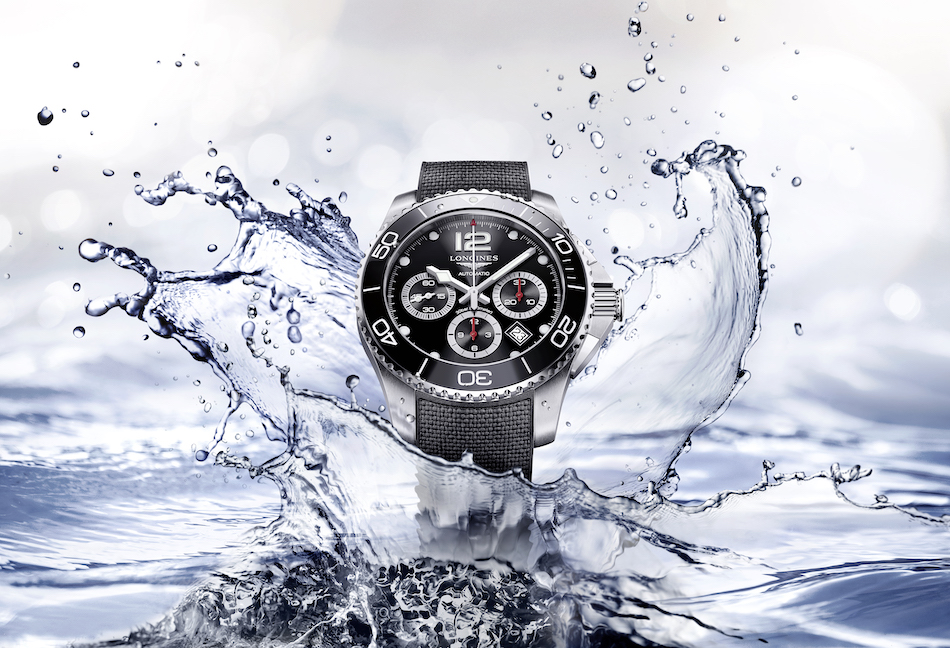 Interestingly, the chrono (also water resistant to 300m) comes in at 41mm and is priced at 2,110 Euros.  The watches appear to be available now and you can check out more info on the Longines site. 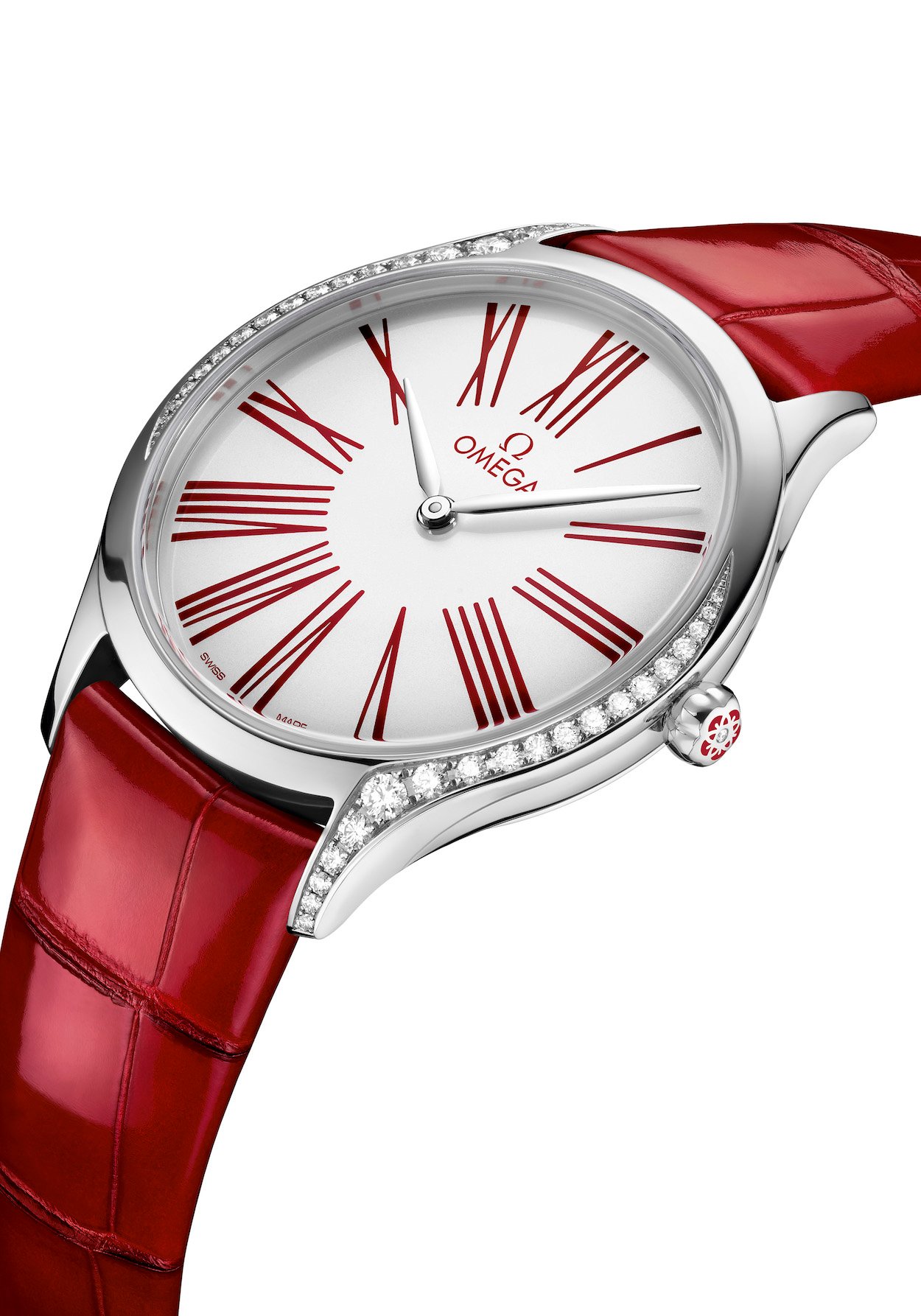 Omega has announced a new bold red and white Trésor for women.  I’ll admit that I don’t follow women’s watches so heavily, but this one is really a looker.  It’s 36mm in stainless steel and features a lacquered red and white dial with matching red strap.  The case is lined with 38 diamonds and there’s one more set into the crown.  Of note, that crown contains 5 interwoven Omega logos, which looks really nice.  Inside, and I’d call this a bit of a downer, is a quartz movement.  The watch retails for 4,100 Euros and is already on the Omega site. 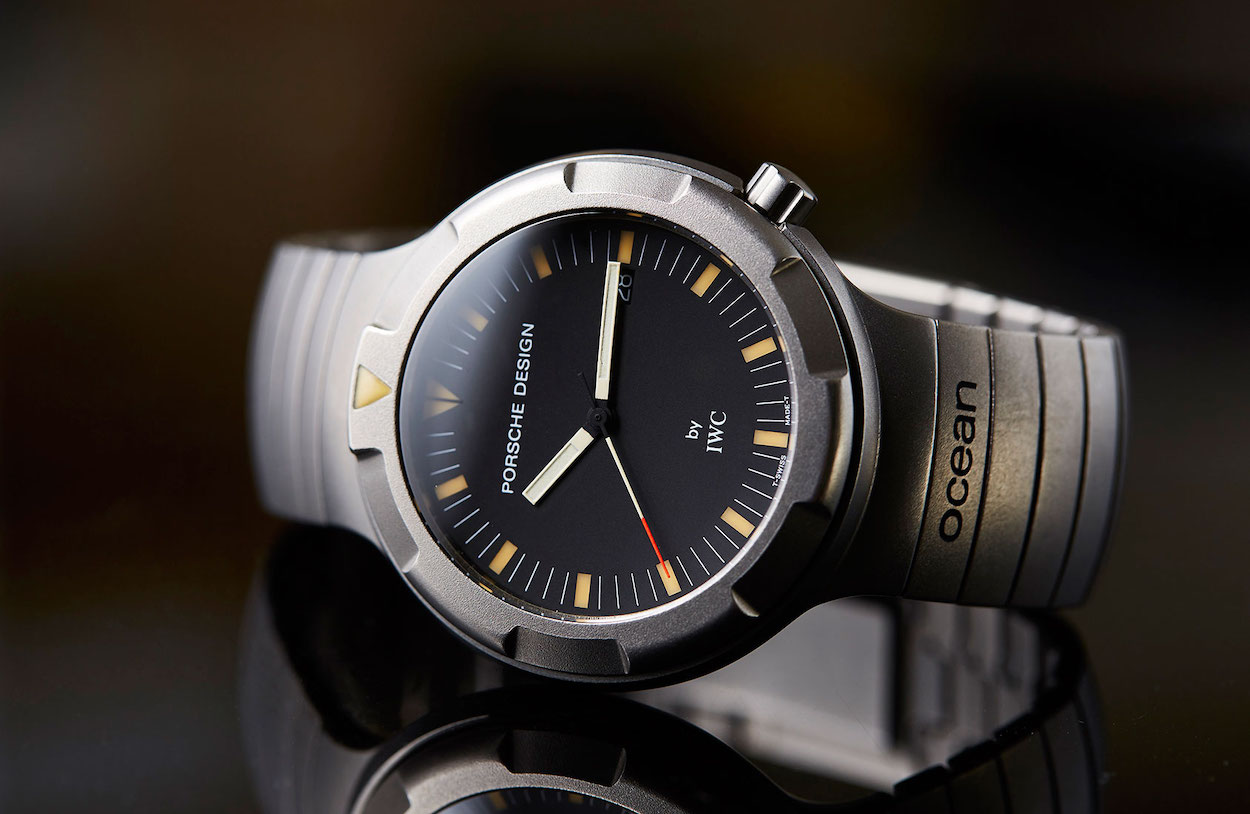 A Rare Porsche Design IWC at Auction for a Good Cause

Our friends at Time & Tide in Australia have been asked to help auction off a rare, and beautifully original, IWC Porsche Design Ocean 2000 diver reference 3504 for charity.  The watch is listed on eBay and proceeds will go to MND Victoria to help fight Motor Neurone Disease.  The IWC in question is an icon and still look fantastic today.  It was IWC’s first titanium watch and is water resistant down to a namesake-appropriate 2000 meters.  The watch will be on offer for bidding until noon time Australian Standard Time on March 2nd and was up to 8,400 AUD at last viewing.  Head here for the listing and to Time & Tide for more details on the watch. 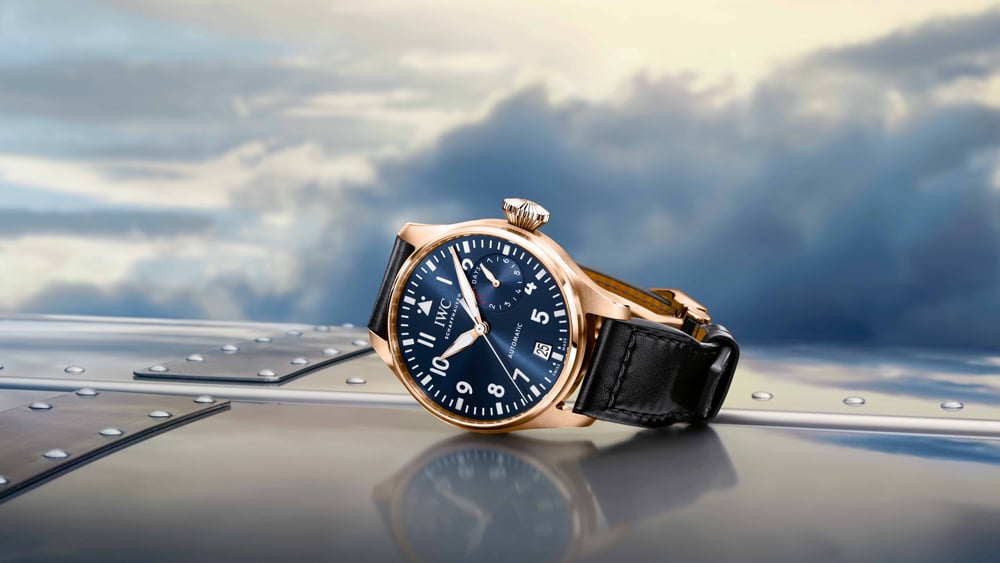 Bradley Cooper and one-off IWC at the Oscars for Charity

In more charitable news related to an IWC, IWC spokesperson and actor Bradley Cooper will sport a one-off blue-dialed, 18K gold Big Pilot.  The watch will later be auctioned by Sotheby’s with all of the proceeds going to the Antoine de Saint-Exupéry Youth Foundation – a foundation which helps visually impaired children read drawings.  For more information on bidding (which ends on March 4th), head here to Sotheby’s – the watch is up to $20,000 at time of publishing. 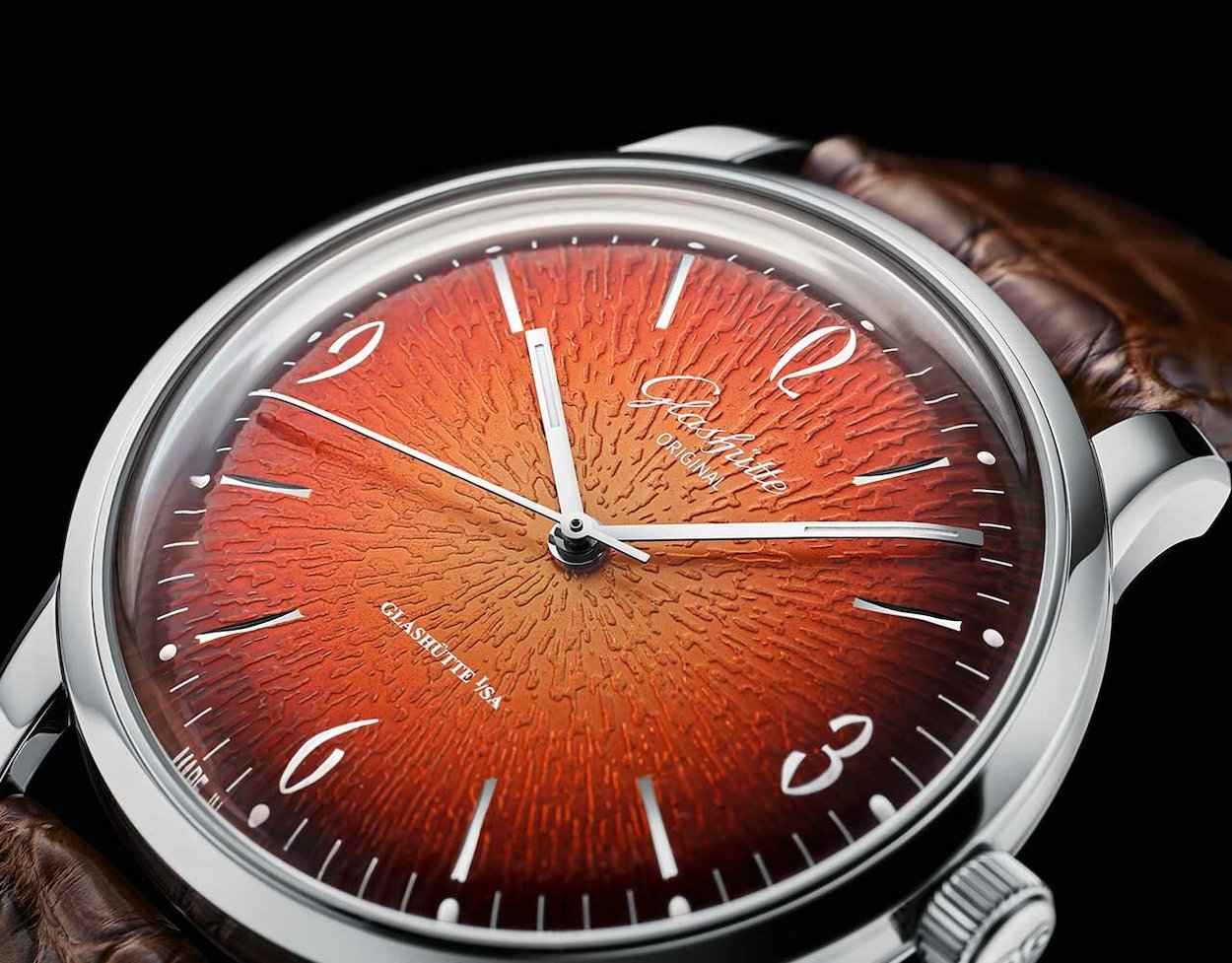 Glashütte Original is back with a new color this year for its lovely Sixties and Sixties Panorama Date.  We’ve seen a variety of colors over the last several years and this year we are treated to fiery orange.  The orange comes as a result of a galvanic treatment while the dial receives embossing courtesy of tooling and a 60-ton press that were in use during the 1960’s.  Both stainless watches use the brand’s in-house automatic movements and come in 39mm (3-hander) and 42mm (date).  I’m a real sucker for the Sixties – especially sans date – and I am sure these are stunning in person.  The three-hand will retail for 6,300 Euros and the Date for 7,800 Euros.  These are also limited in nature as they’re only available in 2019.  More on the annual edition can be found here. 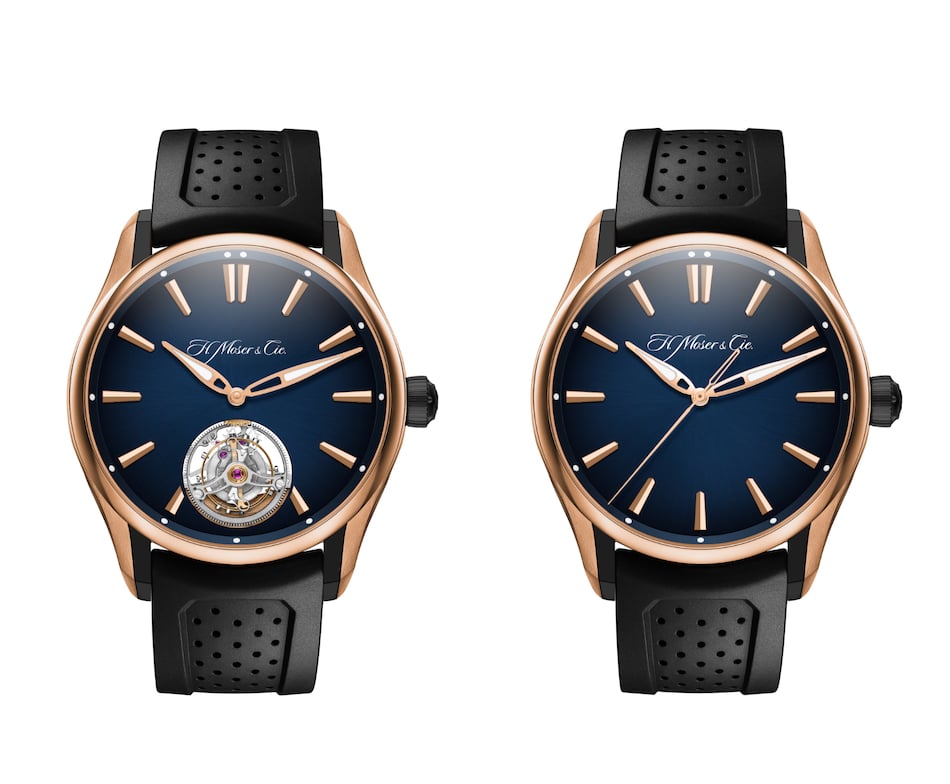 Watches and Wonders took place a couple weeks back in Miami and if you don’t know about the show, it takes place in the city’s design district where many brands have boutiques.  Brands released some special pieces during the event and one such brand was H.Moser.  The watches are part of their “All-Terrain” lineup and, amazingly, are water resistant down to 120 meters.  It’s amazing because one watch is the Pioneer Tourbillon and the other is the Pioneeer Centre Seconds.  Both feature a dark blue fume dial, domed sapphire crystal, case made of 5N gold and black DLC-titanium, and a perforated rubber strap.  Heck, the press release even mentions that these would be great watches to use while at the bbq!  The Tourbillon is a limited edition of 50 pieces and comes in at 42.8mm while the Centre Seconds is not limited and has the same diameter.  While 40mm might come in as more of my speed, these are awfully pretty in any size.  Head here for more. 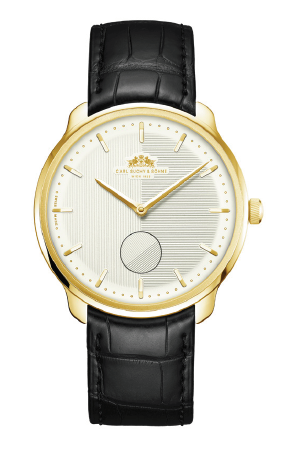 I know very little about Carl Suchy, but this is another brand I will check out at Basel next month.  Apparently, Carl Suchy was a high-end brand founded in Austria in 1822, but the fall of the Austro-Hungarian Empire led to its demise in 1918.  Prior to this, they supplied the royal court.  Fast forward to 2017 and the brand was revived.  Since that time, they’ve produced a limited number of uniquely styled dress watches and were even nominated for a GPHG design award.  All of the company’s watches appear to be equipped with the ultra-thin VMF 5401 automatic.  Interestingly, all the pieces have a unique dial design that is vertically bisected and each half contains lines that are perpendicular to those found on the corresponding half.  Today, we get a preview of the Waltz No.1 18ct Gold which will be made in a series of 5 watches.  Like I said, we’ll go hands on with these next month – they look different from most dress watches and I’d call that a good thing.  For more info, on the brand, head to their official site. 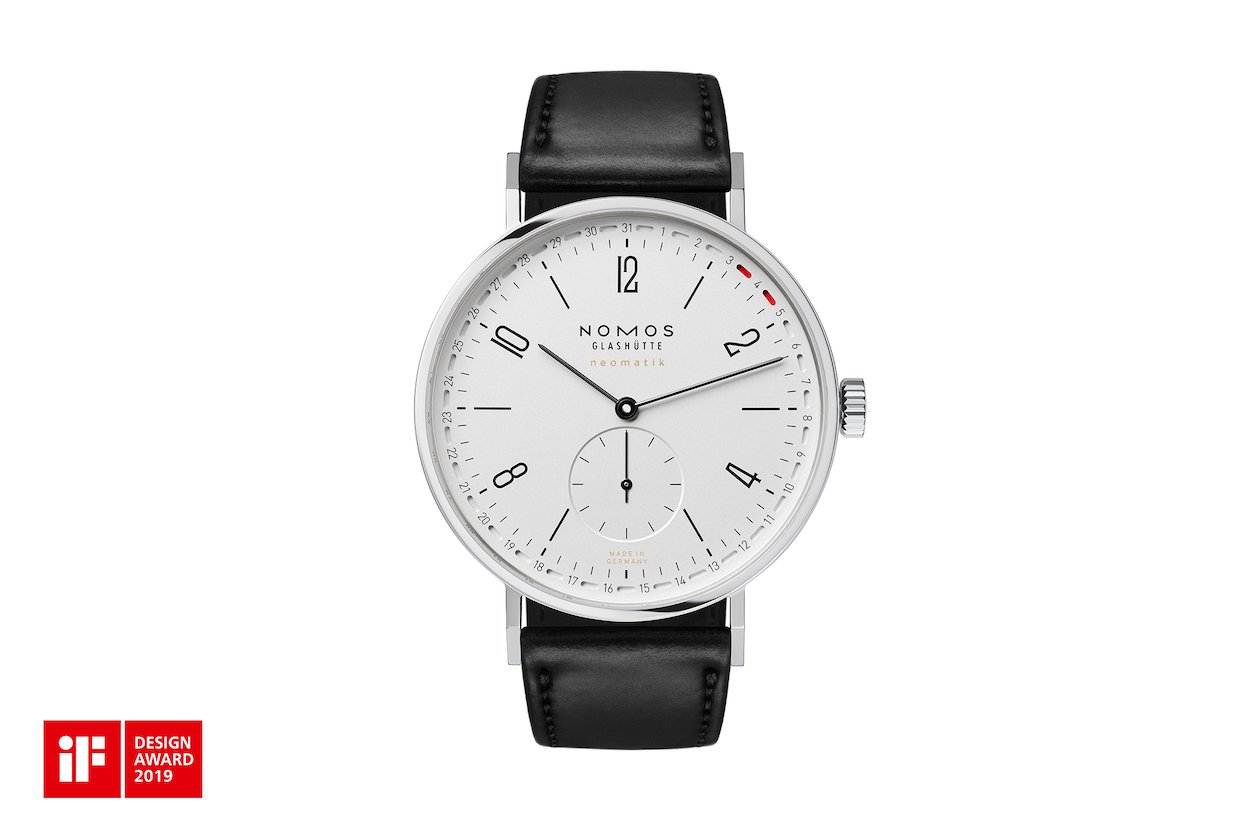 Does Nomos get tired of winning design awards?  Isn’t it boring for them?  I’m just kidding of course, but it is pretty amazing that the brand has won an iF Design Award four years in a row.  So, congrats!  This year, the brand picked up its award in Hamburg for its Tangente Neomatik 41 Update.  This is the piece that had everyone talking last year due to its novel “edge of the dial” date notification system.  It’s a unique watch that certainly deserves praise.  You can see one of the 3,200 Euro Update on the Nomos site.

Well, folks, that’s all for This Week in Watches.  We’ll see you again next week – wish me a speedy recovery from my jet lag!

Hot Topics
When Sneaker Heads And Time Geeks Team Up — The 11 Most Iconic Sneakers And The Watches That Go With Them
62 comments
A Californian Controversy: The Origins Of The Term “California Dial” And Why It Can Mean Two Very Different Things…
52 comments
What Zenith Is Doing Wrong With Its Pilot Line And How The Brand Could Fix It
35 comments
The Best Omega Watches Of Daniel Craig’s James Bond Era — Have Your Say!
28 comments
How Watches Work: What Is The Difference Between 316L And 904L Stainless Steel? And Why Does Rolex Use 904L Steel?
27 comments
Popular
The Ultimate Sports Rolex – The Explorer II Reference 1655
Robert-Jan Broer
12
Speedy Tuesday – Omega Speedmaster Professional 145.022 Buyer’s Guide Part 1
Robert-Jan Broer
8
Hands-On Grand Seiko SBGR311 Limited Edition Review + Overview of GS Service Costs
Robert-Jan Broer
3