Beauty comes in all shapes and sizes. We are surrounded by wonderful things on a daily basis. Rarely, however, do these feats of nature or human endeavor come under the same kind of scrutiny that we watch lovers impose upon our wrist-bound companions. Recently, I was fortunate enough to go hands-on with a couple of pieces from the Ateliers deMonaco Ronde De Monte-Carlo collection. Considering the cheaper of these two pieces comes in at a cool €18,200 (with the more expensive ladies’ model commanding a €28,000 price tag), I was expecting to come away impressed. However, it was perhaps the humblest of elements that caught my eye and stayed with me long after.

I’m not addicted to gold. I can take or leave diamonds. Mother of pearl never really did anything for me. As I’ve said countless times before that, despite the fact I’m a watchmaker, movements and their decoration only get my motor going so much. For me, the aesthetics of the case and dial are everything. How wearable is a watch? Where does it sit within its genre in a historical sense? How memorable is a case’s silhouette? Can you read the darn thing? 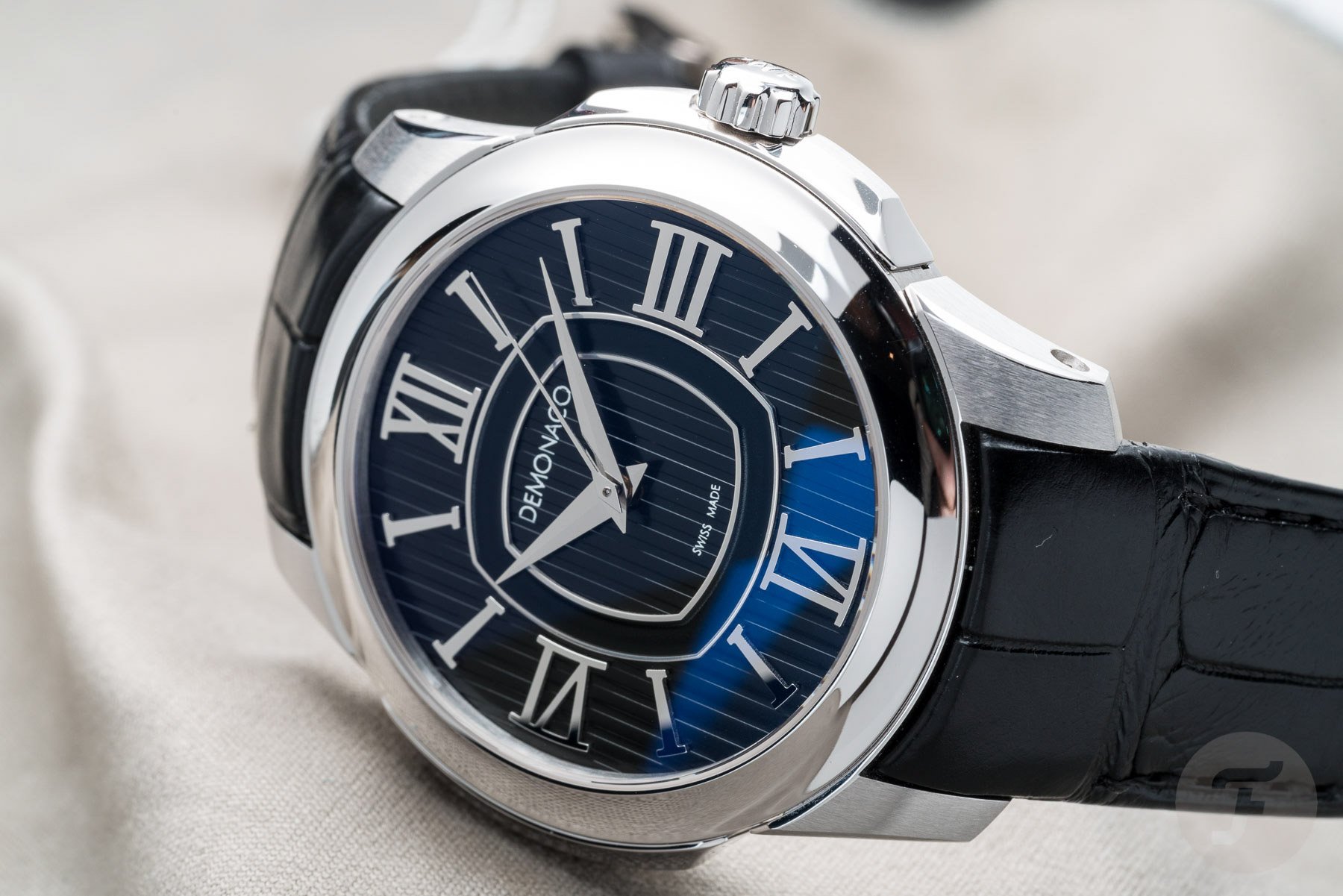 The question is, is there a watch with two IXs out there somewhere?

If a watch sits well on the wrist, tells me the time without a struggle, and sticks in my mind for months after it returns to the factory, I know there’s something worthwhile about that particular creation. That isn’t to say I have to own one. I have no intention of ever owning a Patek Philippe Nautilus, for example. But it means that there is, in my opinion, at least, reason enough for someone to want it. And that, in a nutshell, makes a watch worthwhile. 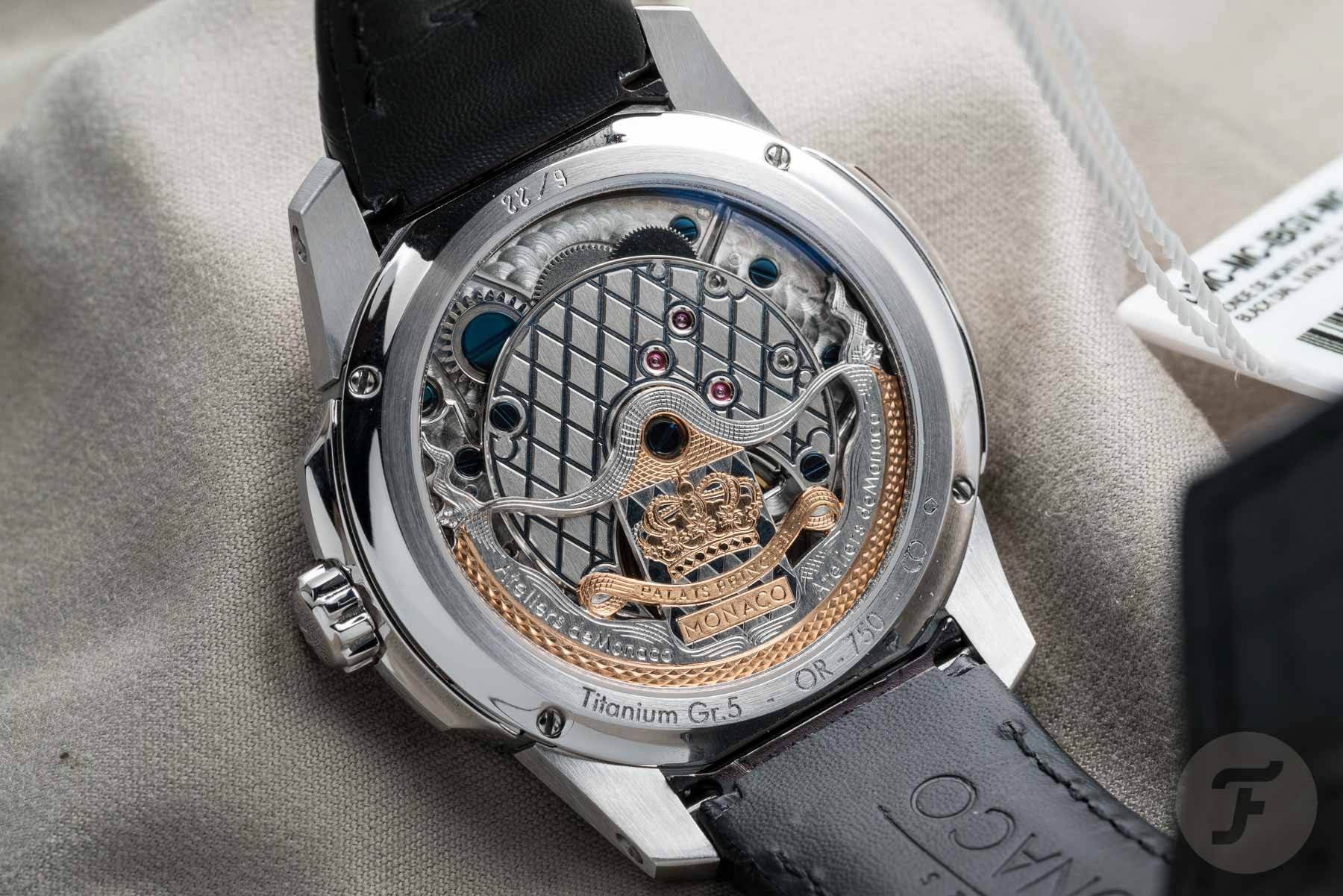 A business of emotions

Watchmaking is a business of emotions. It’s a much-retrodden mantra, I know. I will be surprising no frequenter of these pages by pointing it out once more. However, in a practical sense, the value of a buyer or prospective buyer’s emotions cannot be overstated. Eliciting those emotions is every watch designer’s goal. Achieving that en masse is the Holy Grail of watch design. But with so much done before, it is becoming increasingly hard to be truly creative when working on such a small canvas. That may sound like a woolly and somewhat pathetic cop-out, but it is genuinely getting harder to do something totally new that doesn’t, in some way, feed off, pay homage to, or even obliquely reference a past design. 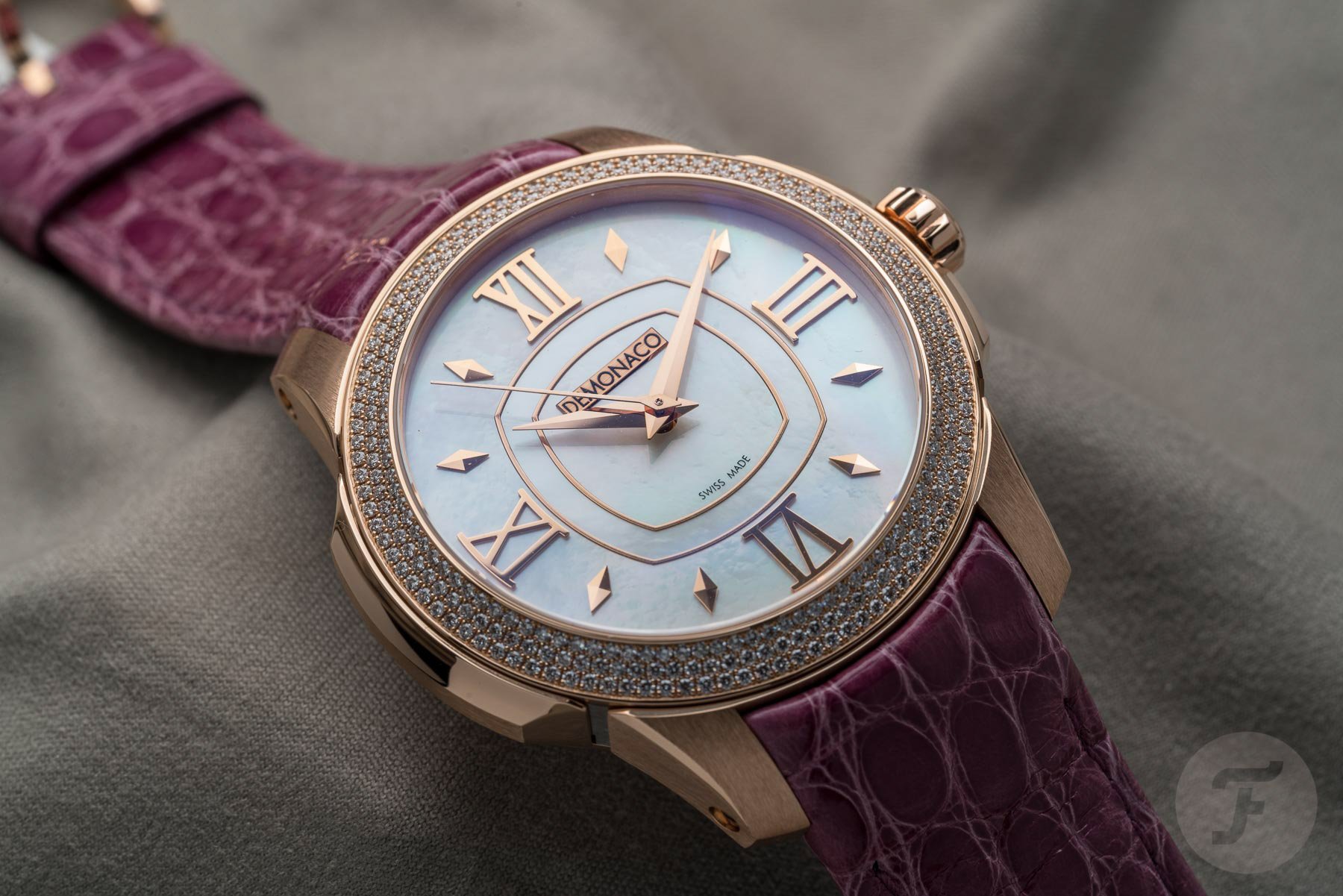 The first time only happens once

I mean, let me put it this way: you can only have an octagonal bezel for the first time once. Once it’s done, it’s been done. It doesn’t mean any shape is off the table, but it does mean you’ll struggle to do anything without it being instantly compared to something else.

As such, let me politely encourage the elephant in the room to exit left: the Ateliers deMonaco Ronde De Monte-Carlo looks a bit like the Patek Philippe Aquanaut. There, I said it. I’m not taking it back. Why? Because I mean it as a compliment, and I hope the brand will take it as such. Sure, it has a round bezel, but we can all see those protrusive “ears” that call back to one of the industry’s most famous outlines. 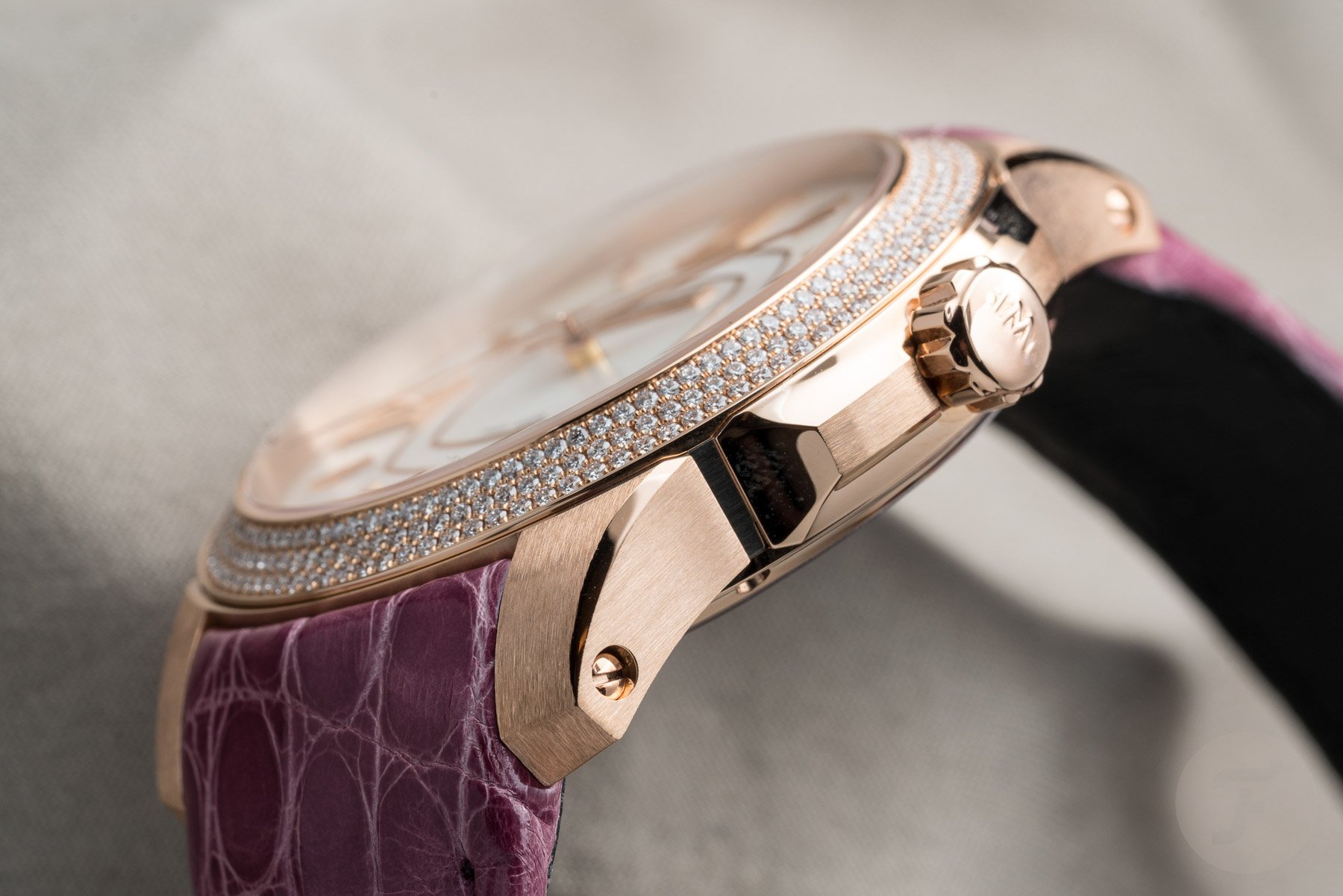 There is a sense of that well-known model that I just couldn’t shake, even though when you break it down, the two are quite different indeed. Am I being unfair, then? I’m just being honest. And when something reminds you of something brilliant without actually copying it, it is probably more likely to rise in your estimation than fall. Call it luxury by association, if you like. Call it the benefit of sameness, if you prefer. Whatever it is or however you term it, I came away quietly enthused by the Ronde De Monte-Carlo Classique. 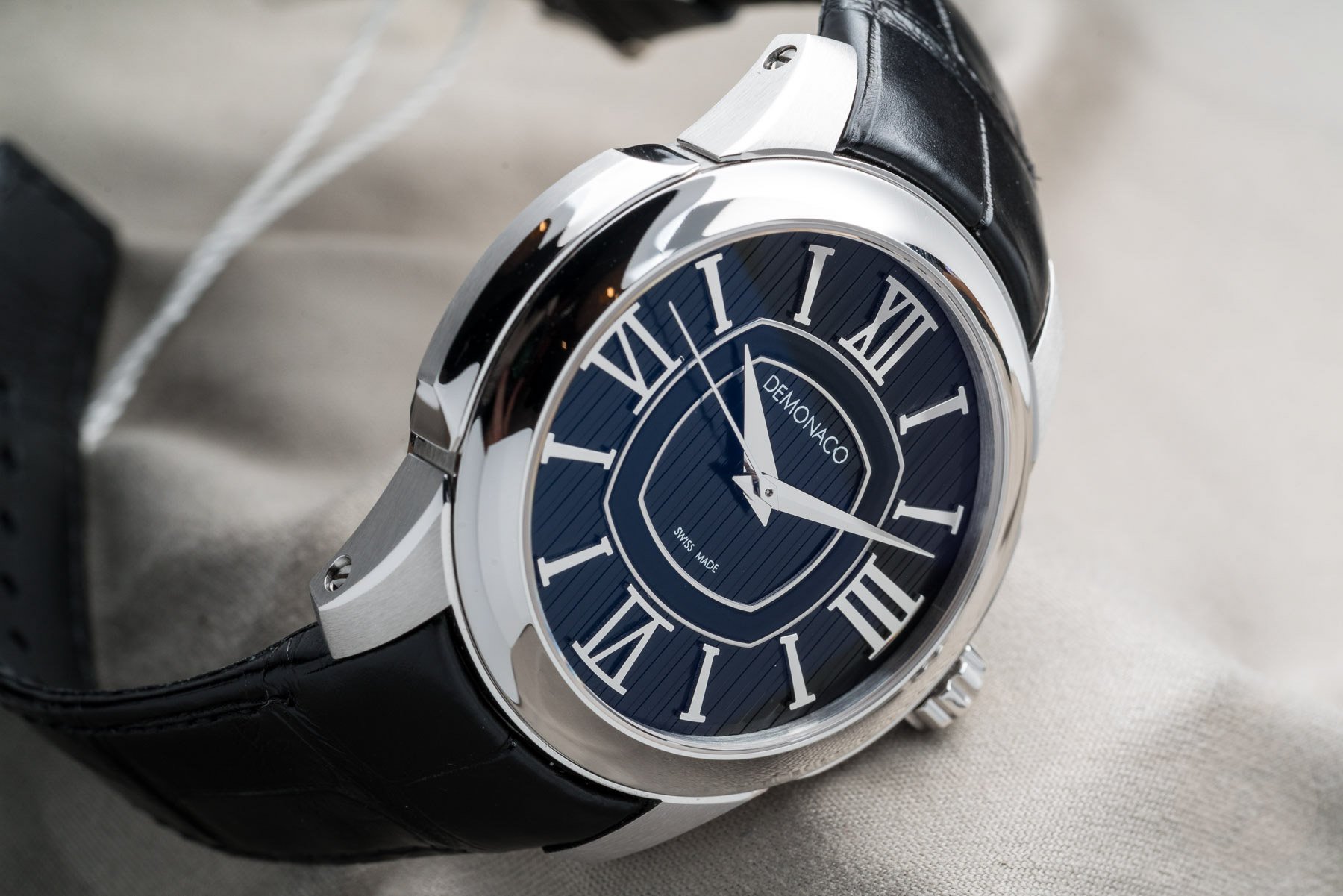 Some people will tell you that Jessica Chastain looks like Bryce Dallas Howard. Perhaps you’ve heard that Amy Adams is a dead ringer for Isla Fisher? Maybe you’ve noticed the unerring similarities between Ralph Fiennes and Liam Neeson, or Javier Bardem and Jeffrey Dean Morgan? What I’m saying is that some amazingly attractive people look pretty similar to each other, but for an angled jawline, broken nose, or sharpened brow here or there. Those little differences add character. They create separation. They define the individual. As such, I have a lot of time for cases that look “a bit like” classics like the Royal Oak, the Aquanaut, or the Nautilus (like my beloved Laventure watches), but clearly move the conversation in a nuanced direction. 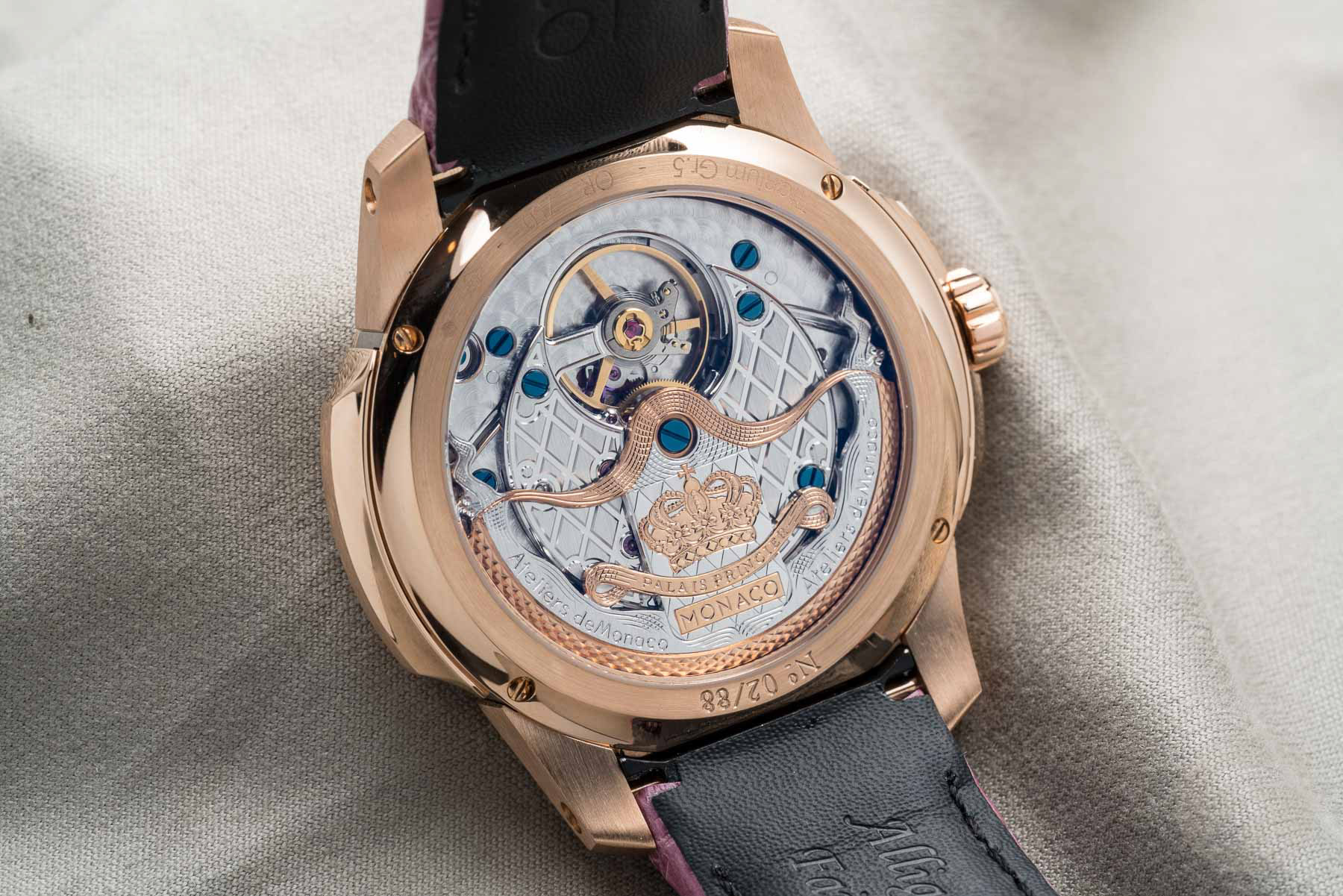 The Ateliers deMonaco Ronde De Monte-Carlo Classique has a markedly different case construction to the famous model it reminded me of. In fact, this case (39mm wide, 11mm thick) comprises 31 separate parts (one of which happens to be a titanium core, which you can see peeking out at certain points around the flanks). It deserves plaudits for being so different in that regard. This is neither a carbon copy nor a pale imitation. It is something new that is, blessedly, familiar. In act, it may well be a good example of exactly the kind of balance designers are trying to strike when they find themselves staring down a blank sheet of paper. 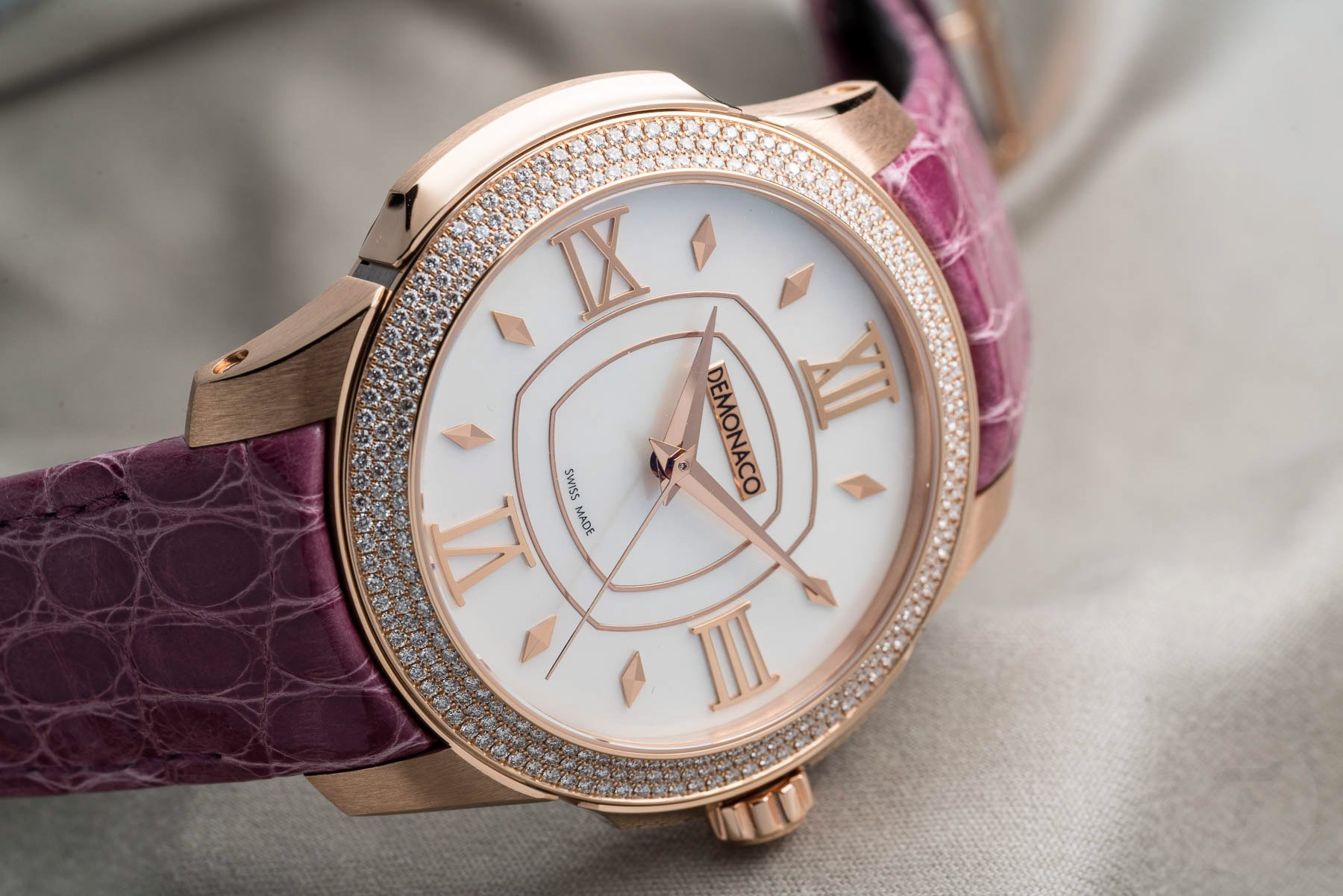 Building from the ground up

Once you’ve achieved that, once you’ve hit upon a foundation from which your creativity may flourish, it all comes down to the design and execution of the components you add to it. Here, a crisp, high-contrast dial with applied Roman numerals ensures excellent readability. The bow-sided square in the center of the dial gives an impression of angularity that the bezel does not mirror. Despite this, the sense of corners is unshakable when you look at this watch head-on. As such, the sharp dauphine hands seem to marry with their surroundings perfectly. 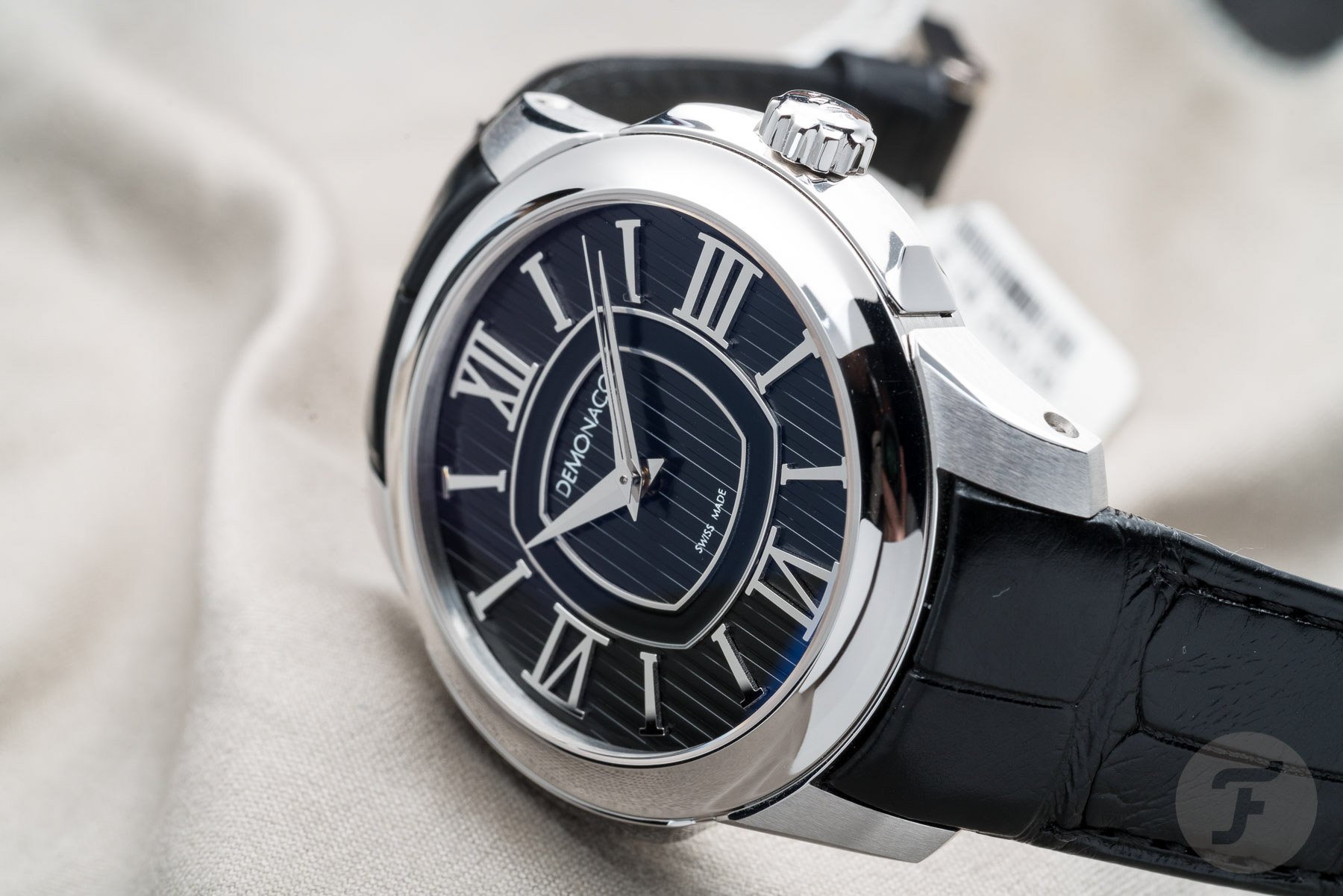 Inside these arresting creations beats the automatic dMc-700 caliber, which has a 42-hour power reserve, a 4Hz operating frequency, hand-decorated bridges (with a distinctive lozenge pattern on the automatic bridge), a 22K gold hand-engraved rotor, and a surprisingly high-tech Silicium escape wheel. The view of the movement through the case back is certainly “lush”, shall we say, and is sufficiently different from other things to be of interest. Truth be told, however, I struggle to see anything but a luxurious cushion or Parisienne chez-longe when I look at it. Then again, maybe that’s the idea…

Both variations, one in rose gold with a mother-of-pearl dial (look closely) and diamond-encrusted bezel (reference dMc-MC-LMPW-RGD) and a white gold model with a black dial (reference dMc-MC-IBGV-WG) are limited to just 88 pieces worldwide. Learn more about Ateliers deMonaco here.