When I think of young, small, independent watch brands, two spring to mind as particularly interesting — Serica and Baltic. I do not know what it is about the French, but they just seem to have the aesthetics down to a tee. You may like or dislike their work, but you cannot deny that they have an eye for design. Baltic’s new release is no exception. So let’s have a look at the brand-new Baltic Aquascaphe Titanium.

The concept behind the Aquascaphe Titanium is simple. It is a more hardcore Aquascaphe Classique. It is the AMG or M version, if you will. A bit more performance-focused. Everything dialed up a notch. 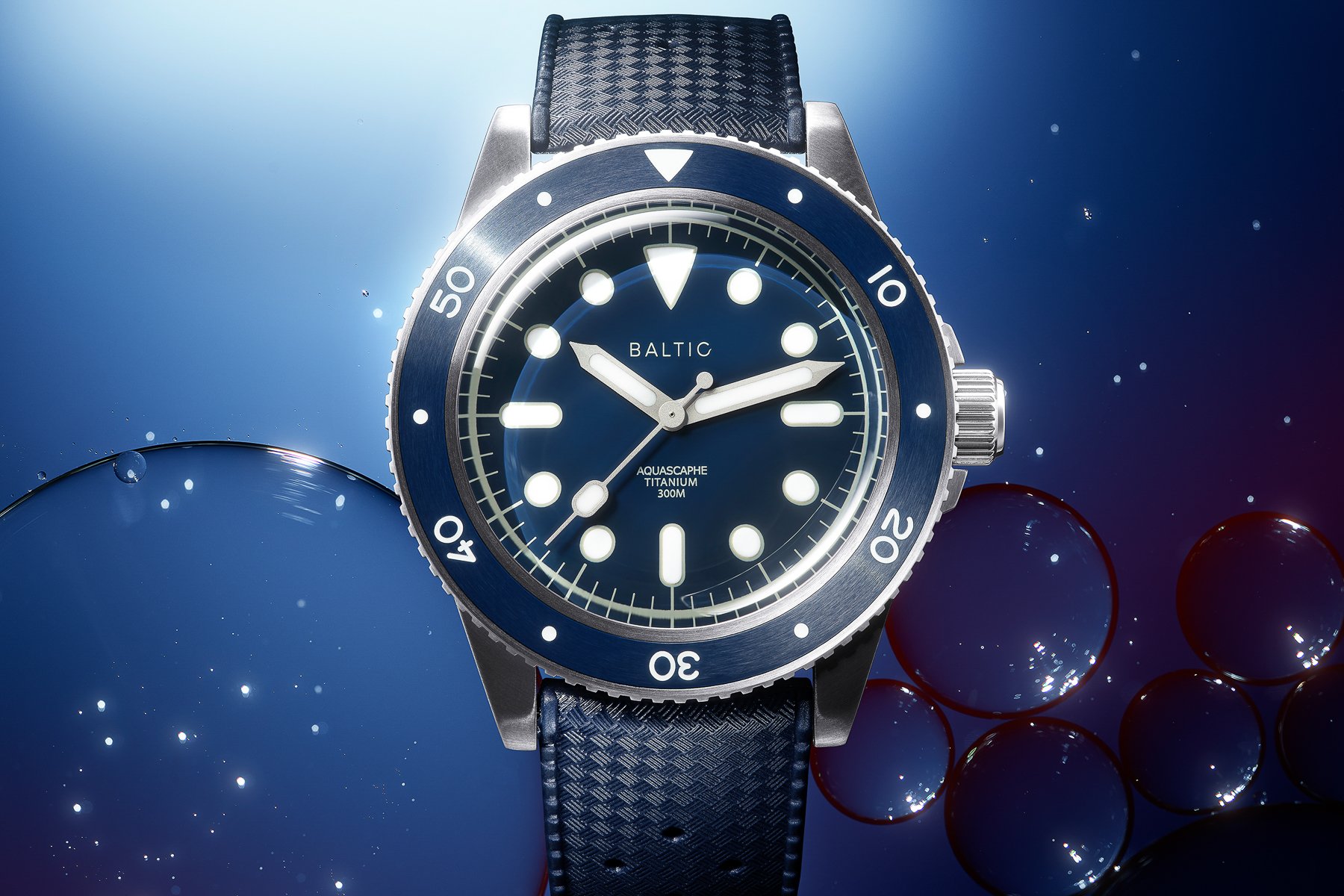 It is not all in the name

It seems like the name might say it all. This is just a Baltic Aquascaphe, except it’s executed in titanium this time, right? Well, no. There is a bit more to it. Baltic really took the Aquascaphe back to the drawing board for this one.

For starters, the bezel is wider at 41mm. Not my favorite change, but the result is still compact enough. It feels a little less vintage than the original Aquascaphe. The bezel is now also fitted with a lumed, brushed ceramic inlay, and I have to say, it looks awesome in real life. It is a little more subdued and “serious” than the normal sapphire inlay. 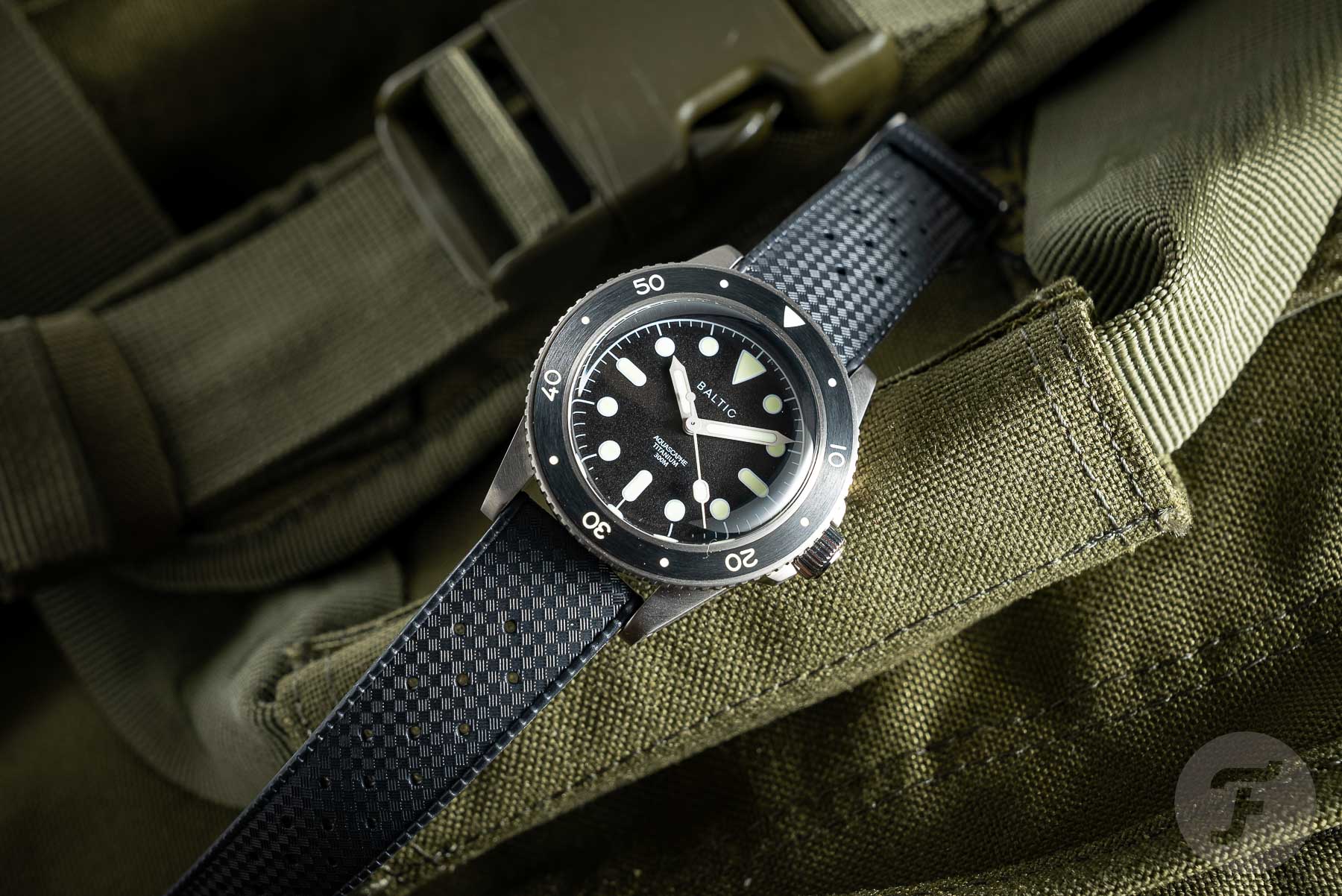 Color options for the Aquascaphe Titanium

The Aquascaphe Titanium comes in two colorways. There is a version with a grained black dial and one with a glossy blue dial. The ceramic bezel on each is color-matched to the dial. The black dial comes with green C3 Super-LumiNova while the blue dial features white/blue BGW9.

I have had the chance to secretly wear the black-dial version for a while, and I like it a lot. The grained texture is actually slightly glossy, so do not expect this to look like a vintage matte-dial Submariner. The pale greenish lume adds a hint of color to the very subdued black-and-titanium combo.

The blue version is particularly stunning to me. In fact, I am getting one for myself as a fun, carefree summer watch. Baltic opted for a dark indigo tone, which pairs beautifully with the dark titanium case. I have yet to handle the gloss-blue version in real life, so I can only report what I see in the pictures here. Those certainly speak to me, though. The color scheme reminds me of the Tudor Pelagos FXD, which is not a bad thing.

Other changes to the Aquascaphe Titanium

Staying on the topic of the dials for a second, the sandwich dial of the Aquascaphe Classique has been replaced by a simple single-layer construction. It is another intervention that results in a more purposeful aesthetic. The dial printing looks familiar at first sight. However, we find the typical Baltic subtleties like great typeface choices and proportions here.

The water resistance has been upped from 200 to 300 meters, and the case is now fitted with crown guards. The Aquascaphe Titanium comes on a black or blue rubber Tropic-style strap with a titanium buckle. There is no titanium bracelet option. I would prefer a softer, more supple rubber. This, however, is more authentic to the original mid-20th-century Tropic straps.

Behind the closed titanium case back, we find the Japanese Miyota 9039 automatic caliber. This is the same time-only movement that we find in other versions of the Aquascaphe. It is part of Miyota’s premium line and what enthusiasts often refer to as a “workhorse movement”. Its 42-hour power reserve, +30/-10 seconds/day accuracy, and 28,800vph frequency are mundane, but they are fine in this segment. Some regulation might be nice, though.

The movement features hacking seconds and hand-winding, as you would expect from a modern caliber. It’s also worth noting that is a true time-only caliber, so there’s no ghost date position here. 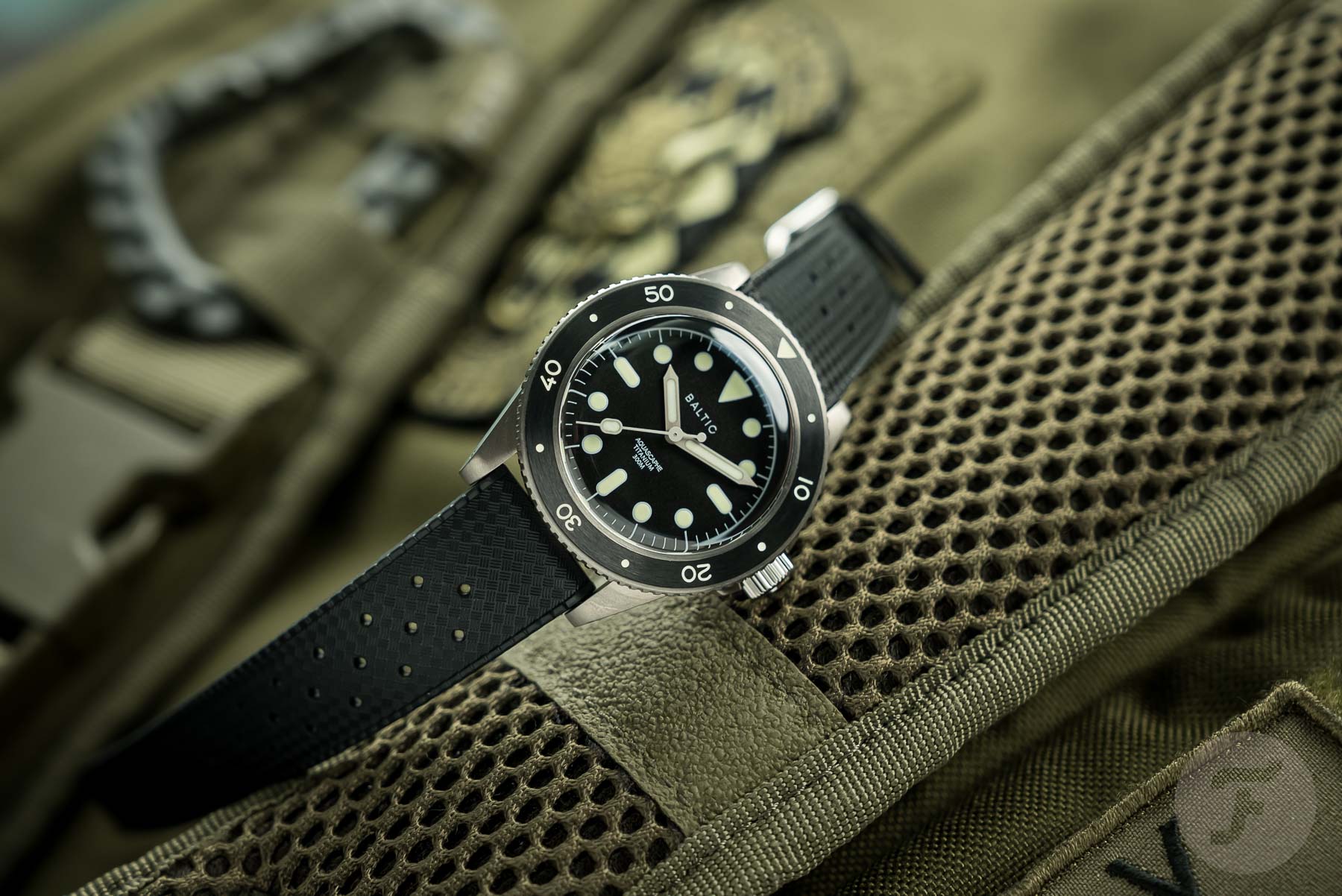 The Baltic Aquascaphe Titanium looks very clean and simple. It is an archetypical dive watch. I understand if some may feel it is a bit too close to the template set by watches like the Blancpain Fifty Fathoms and Rolex Submariner. It is, however, very well executed.

Baltic founder Etienne Malec shows that he has a fine eye for aesthetics. Like all Baltic watches, the details are very well done. The side profile of the Aquascaphe Titanium is perfect. The dial layout is well proportioned. Its fonts are just right. The bezel is a thing of beauty in real life. And it really helps that the finishing is very well done, a step above many competitors in the segment. Unlike many other microbrand divers, this certainly does not look or feel like a poorly combined Seiko mod.

Unlike the Aquascaphe Classique, I would not really classify this as a vintage-throwback design. Sure, pretty much all the ingredients stem from the 1960s, but the materials used, colors, and execution make this titanium version feel contemporary.

I have been a keen follower of Baltic since its debut. I have wanted to get a Baltic for myself, but I could not quite make up my mind about which one. When this landed on my desk, I decided to pull the trigger.

This is not a game-changing watch. You have to like the aesthetics and Baltic as a brand in order to be interested. If you do, however, this is a very good option for a carefree daily diver. You can clearly see the passion of Malec and his team in their work. It shines through. The watch feels like they made an effort to get it right, and I think they succeeded. 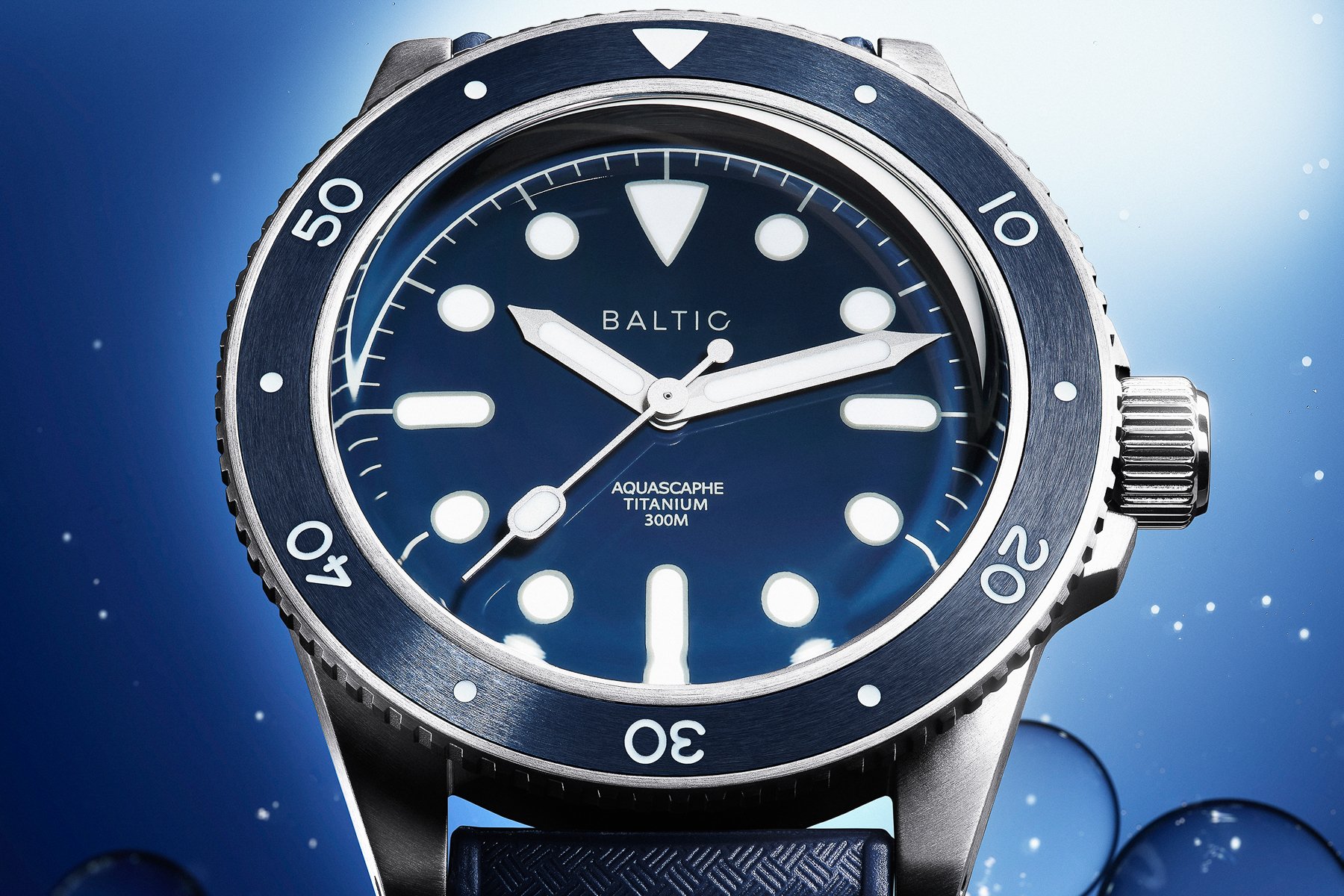 Baltic will release an individually numbered batch of 300 black and 300 blue watches. These are now available for purchase on the Baltic website and in stock for immediate delivery. Non-numbered, standard production versions will arrive later this year. The Aquascaphe Titanium is priced at €710 excluding VAT.

I am interested to hear what you think of this new Baltic release. Is it the one that could finally push you over the edge too? Let me know in the comments.