Book Review: Longitude By Dava Sobel — A Concise History Of John Harrison And His Marine Chronometers

One can only look at watches for so long before the obsession requires other inputs. Recommended by my father, Longitude: The True Story of a Lone Genius Who Solved the Greatest Scientific Problem of His Time by Dava Sobel ended up being exactly the watch-adjacent content I was looking for. It’s a book about ingenuity, dedication, betrayal, eventual triumph, and a great deal of hard-earned money. John Harrison is the father of marine chronometers, the precise timing instruments that allowed ships from the 1700s into the 1900s to navigate by longitude. Without Harrison and his chronometers, Great Britain would not have had the success it did in establishing and maintaining its empire, making one British astronomer’s personal vendetta against Harrison and his chronometers all the more damning.

Dava Sobel’s Longitude was originally published in 1995. As the book pertains to characters and events long since dead and passed, a publication date of more than 20 years ago has little bearing on the book’s readability and engagement. By 1995, Sobel had witnessed the proliferation of relatively highly accurate quartz time-telling and was beginning to see the spread and use of personal devices with signal-controlled time. In the ’90s, most seafaring vessels switched over to satellite-based computerized navigation systems. However, many governing bodies and organizations still require standalone chronometers (now often quartz) and someone trained to use one. 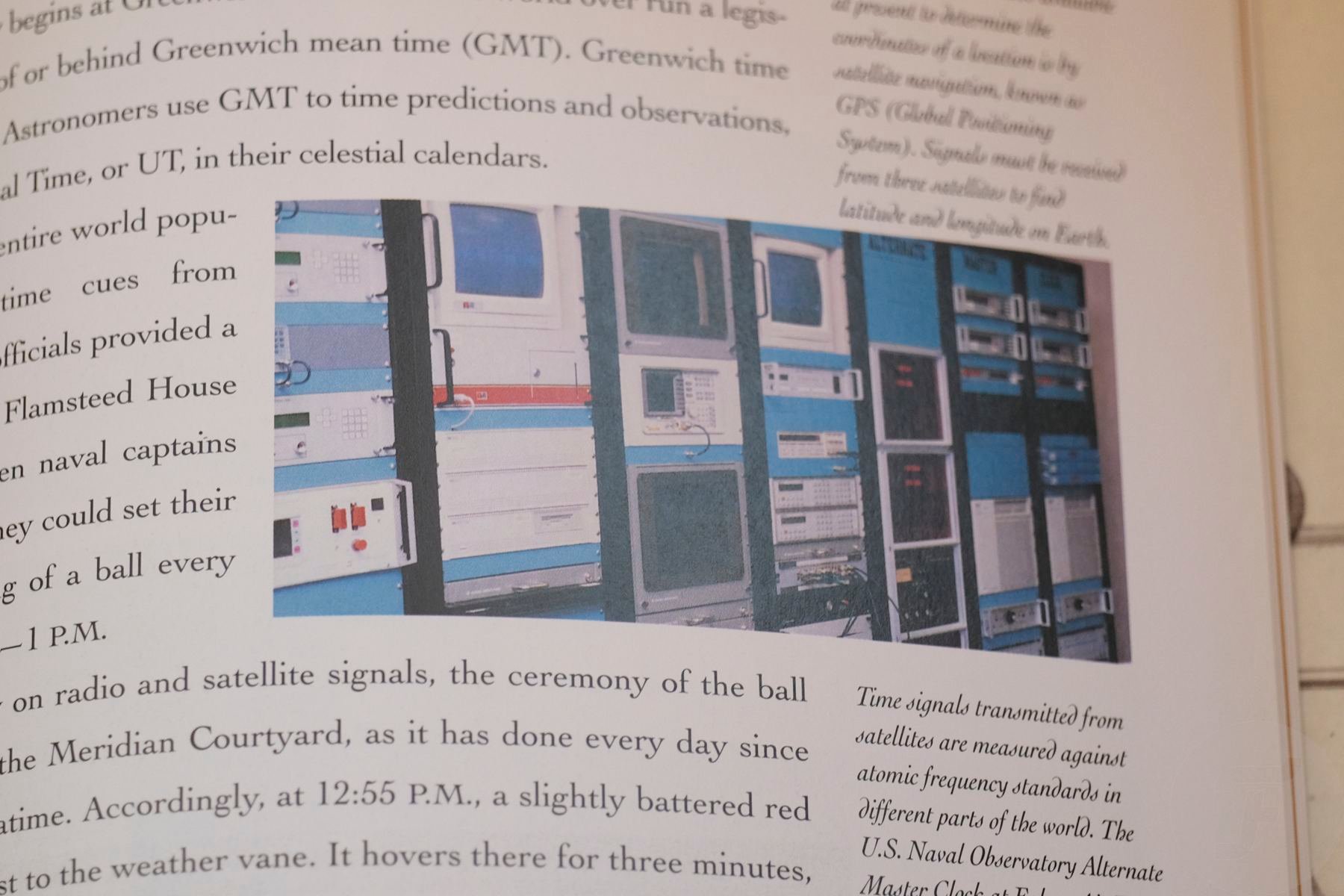 No better time to look back

I imagine the ’90s might’ve been the perfect moment to reflect back on a time when extreme accuracy in measuring time was a pipe dream ranked among human flight and space exploration. If this was present in Sobel’s mind when she wrote Longitude, she makes little reference to it. I wonder what her thoughts are now, some quarter century since then, as mechanical wristwatches catch up to and even surpass the accuracy of Harrison’s exquisite machines. The Zenith Defy Lab with its ±0.3 seconds per day accuracy would’ve been burned at the stake as a witch had it shown up in 1714 as a solution to everyone’s problems. 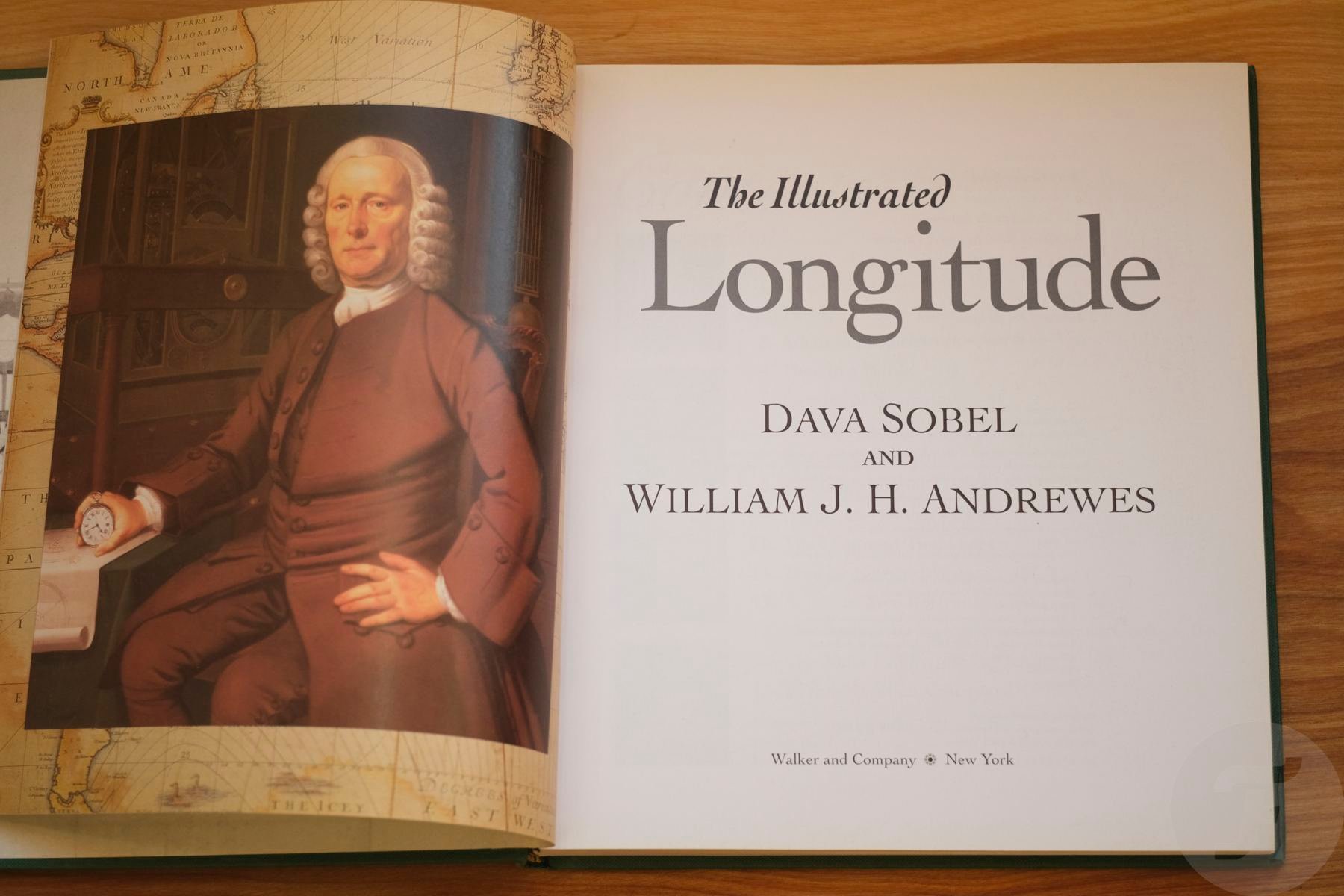 As Sobel details, navigation at sea before the invention of marine chronometers was thwarted by the “longitude problem”. One can easily enough navigate from north to south, or along latitude, with astronomical knowledge and a sextant. However, orienting oneself along longitude, the east/west axis, is much more difficult. The earth’s rotation makes the heavens generally useless, and with no landmarks out at sea, one was essentially sailing blind. This led to all-too-frequent catastrophic wrecks. In 1714, the British Parliament passed the Longitude Act, calling for entries that solved the longitude problem. It also promised a monetary grand prize worth many millions today. 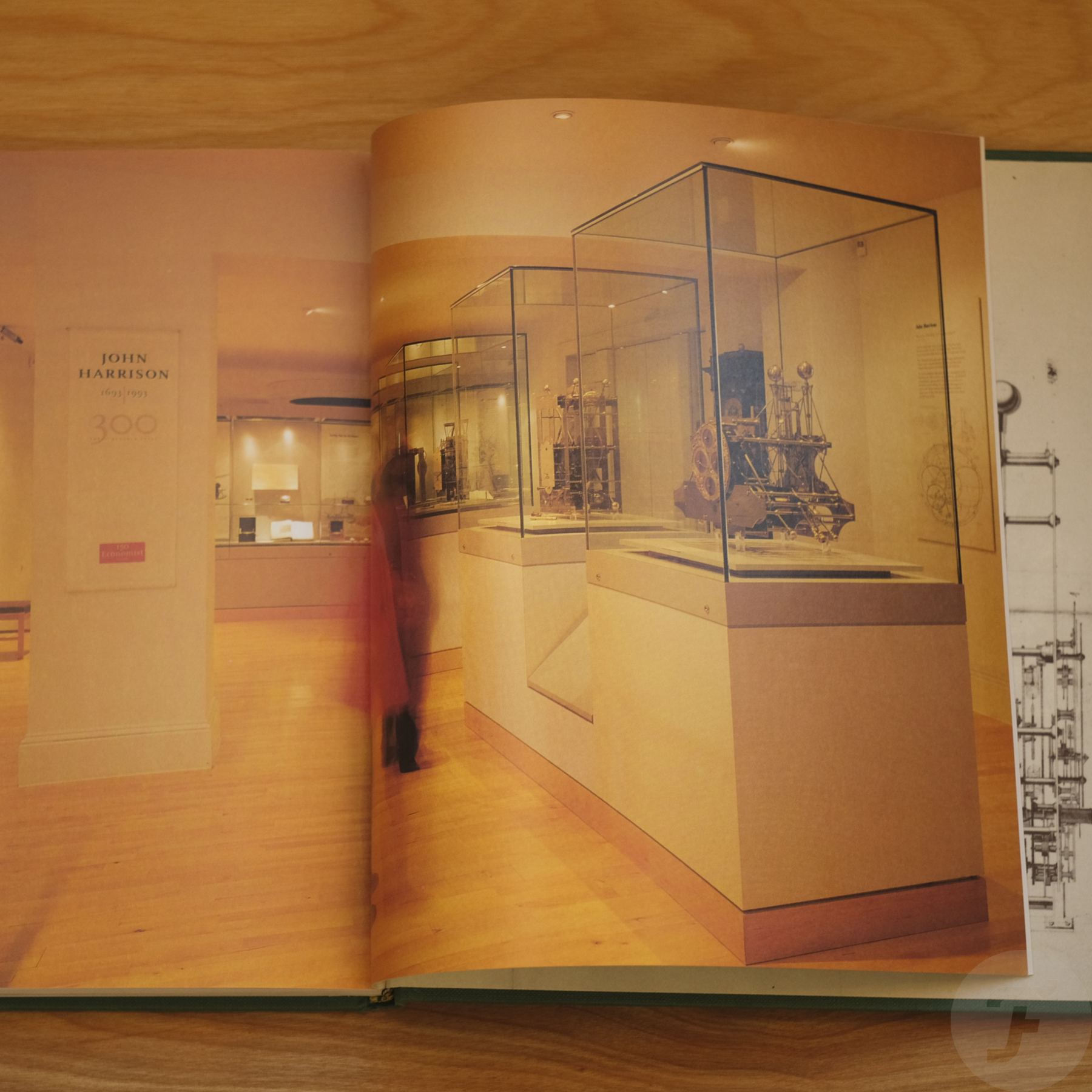 Harrison’s timekeepers on display at the Old Royal Observatory

Our protagonist, John Harrison, was born into modest means. He was a carpenter by trade. Where Harrison developed the skills necessary to eventually create his chronometers is murky. What we know is that he was 21 years old when Parliament announced the Longitude Act. He undertook the challenge and had the rest of his life ahead of him to devote to the problem, which he did.

For the rest of his life, Harrison would devote himself to developing his chronometers and solving the longitude problem.

Harrison presented his first design in 1730 — a highly accurate sea clock. If one can maintain accurate-enough time set to a known point in longitude, they can use the time and changes in observed noon to determine relative distance, thus determining longitude. For the rest of his life, Harrison would devote himself to developing his chronometers and solving the longitude problem. He produced four iterations of his clocks, simply labeled H1 through H4. Over the years, his chronometers were tested in actual ocean voyages, proving their merit, which should’ve settled the issue and won Harrison his prize money. 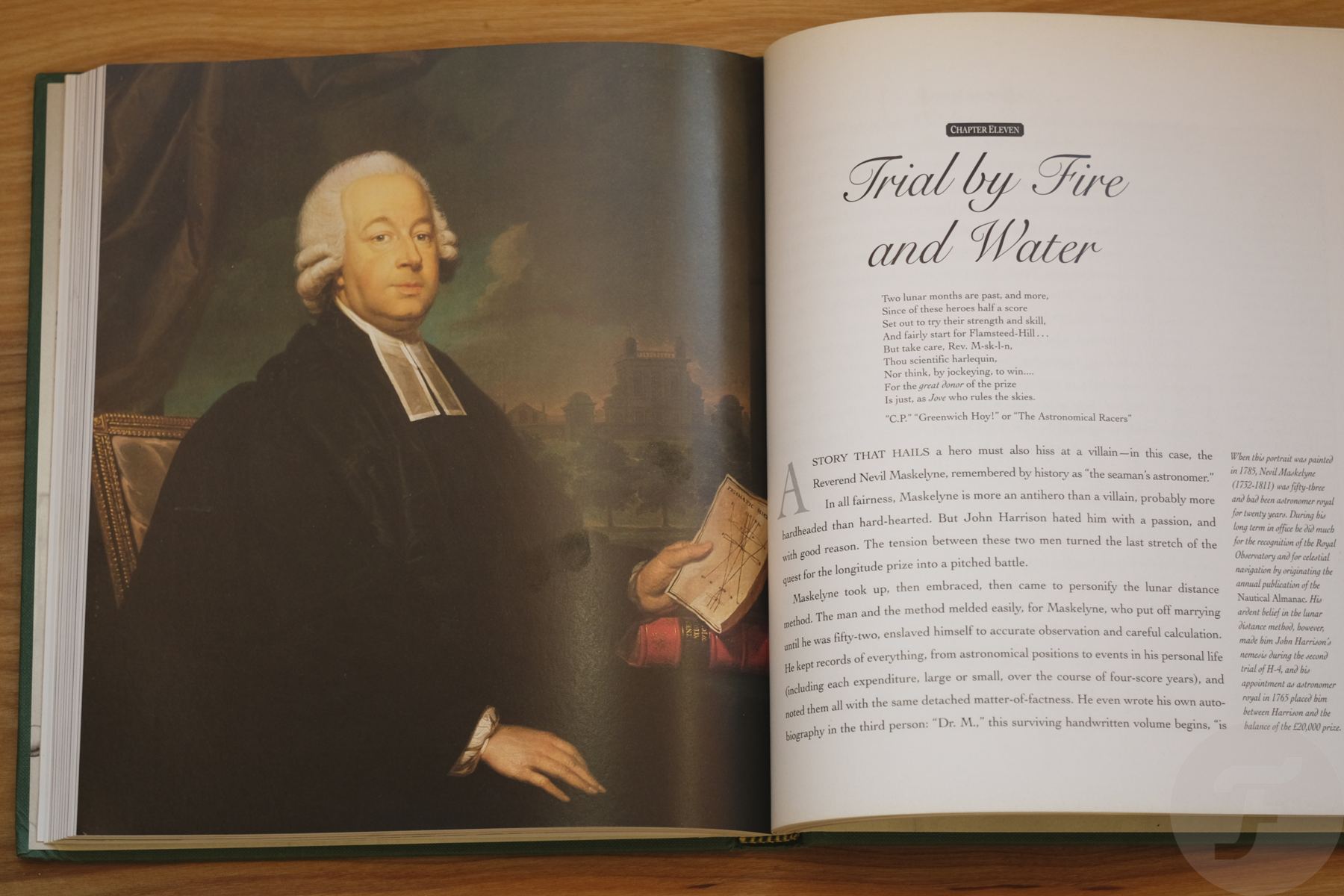 But though Harrison had patrons interested in seeing him succeed, Harrison also made unlikely enemies. Many of the scientific elite, some of which tasked with review and approval of submissions to the Longitude Act, saw Harrison, a simple carpenter with no formal training or schooling, as naive and unworthy of serious consideration, let alone the immense grand prize. They saw his mechanical solution to such a literally astronomical problem as idealistic at best. At worst, it was lumped together with the other nonsensical or impossible solutions submitted. Some of these other submissions included injuring dogs at regular intervals to illicit yelps.

Once Harrison’s clocks began to prove their merit, the reaction from the certifying board became openly hostile. One scientist, Neville Maskelyne, was convinced the best solution — his solution — was in developing complex books of charts that closely tracked the Moon, planets, and stars. He found Harrison’s time-based solution to be an affront to the purity of astronomy and took personal issue with Harrison’s endeavors. Maskelyne became the fifth Astronomer Royal and a driving force in the scientific elite’s efforts to thwart Harrison by any means necessary. This included changing the Longitude Act’s rules, which added extra steps before Harrison. At one point, Maskelyne confiscated Harrison’s chronometers and notes and demanded that he replicate his work from scratch. 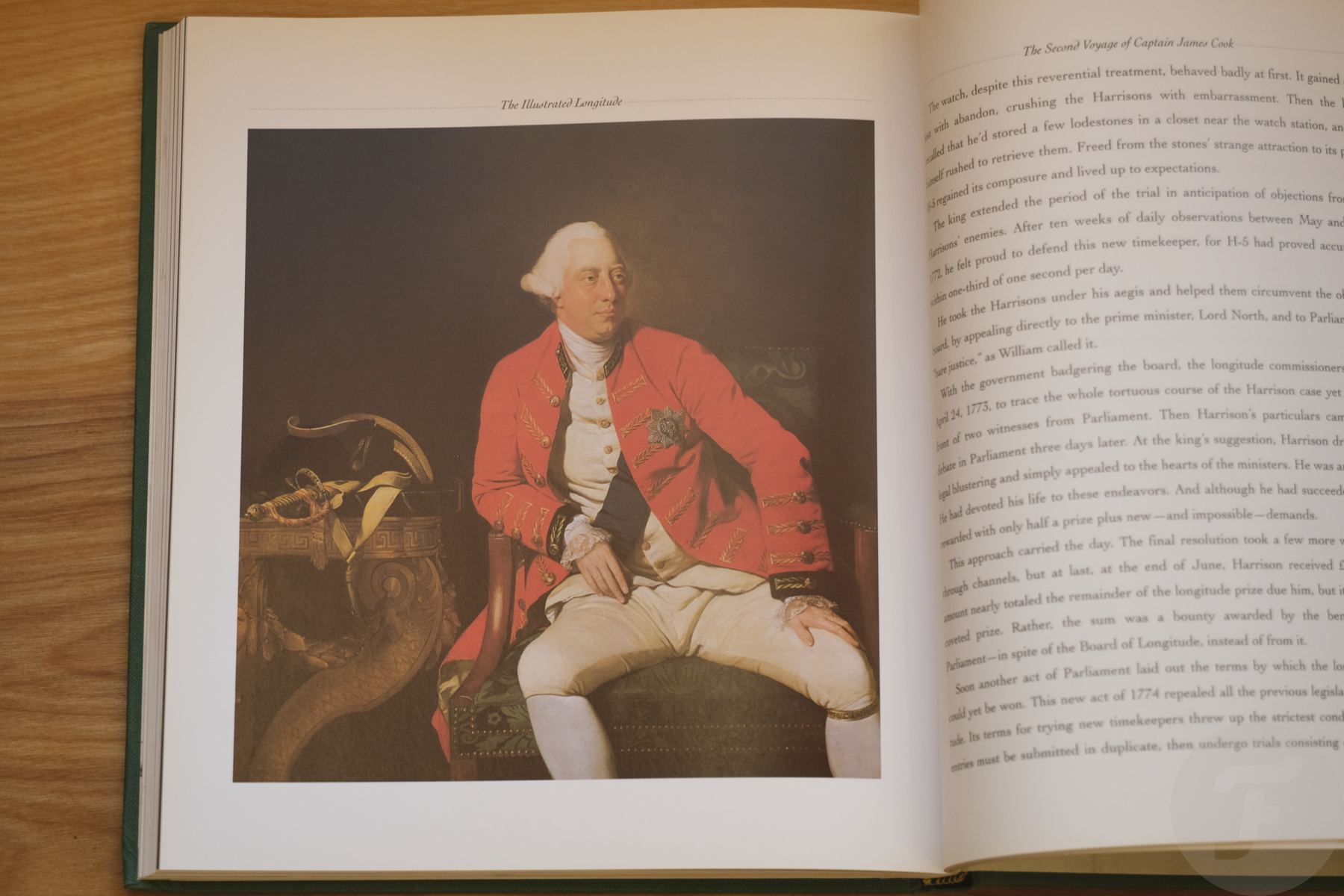 King George III looking none too pleased about the shenanigans he has to deal with.

After 40 years of toil and tribulation, an aged and exhausted Harrison directly appealed to King George III. Harrison received his prize money in 1773, though not the apologies or recognition he was due. He died in 1776, very rich and very tired. He left behind some of the most beautiful and accurate clocks and watches the world had ever seen. More importantly, he had solved the longitude problem. It was through the development of Harrison’s advances that coordinated, precise ocean navigation became possible, leading to the British Empire’s rise, for better or worse. Other less elegant or accurate solutions to the longitude problem became mere footnotes in Harrison’s journey, as did Neville Maskelyne. 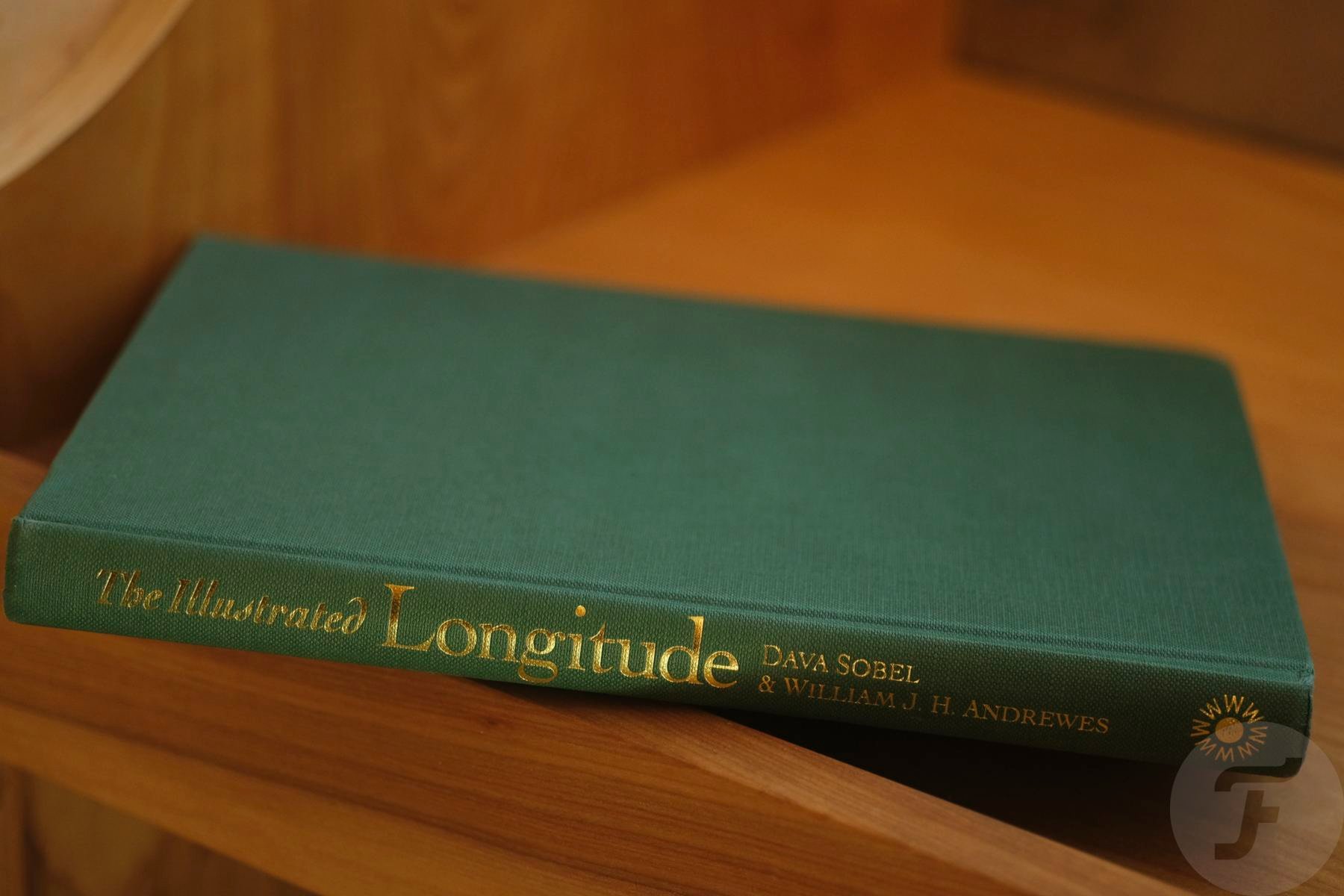 Dava Sobel takes the reader through brief histories and nuances of astronomy, time, and navigation, and details the riveting account of Harrison and his chronometers. The book is brief, totaling only 208 pages or under a five-hour listen via audiobook. I listened to the audiobook first in a day of travel. The brevity doesn’t sacrifice any key information but keeps a story about science, clockmaking, and politics accessible and interesting for any reader. The proof is in the continued attention that Longitude receives. The original text was republished in 1998 as an illustrated hardcover, which I received from my mother as a gift. Visuals and captions are provided by William J.H. Andrews, and he does an excellent job of bringing color and added insight to an already colorful story.

My father’s recommendation was not solely because of my interest in horology. He, too, is a watch collector, but first and foremost, he is a US Naval Officer. He’s moved on from submarines and ships now later in his career, but it’s a testament to how good Sobel’s telling of history is that a former sailor and his watch-enthusiast son can both gain such enjoyment from the same book. If you consider yourself a history buff, sailor, or horology head and you haven’t read Longitude, you owe it to yourself to get a copy. It’s a great way to pass the time.