I fully realize that my taste in watches is not what you could call “traditional” by any stretch. I adore the likes of URWERK. I love bold black and bright yellow color schemes. And I can’t get enough of the liberal use of alternative materials in watchmaking (think carbon fiber composites!). That’s not very classic, yet I do have a healthy respect for timeless classicism in watch collecting.

Being a part of the Fratello team, I, of course, have a strong appreciation for the Omega Speedmaster and its historical journey to the stars. I may not own a Speedy just yet, but that’s only because I’m taking some time to find the right one. There are many other “staple” watches that many of our kind covet and collect. Just look at the popularity behind classics like the Patek Nautilus and the AP Royal Oak! Both classics that I would be proud to call my own. You may have noticed one glaring omission from that list, though. That’s right, the Rolex Submariner.

It could be argued that it’s the perfect dive watch. To be honest, I wouldn’t argue against you. The dimensions are possibly some of the most comfortable you’re likely to find in pretty much any non-dress watch. It’s a true icon in the world of watches, and it’s one of the few watch designs that transcends our community and has made its way into all walks of life. Heck, the makers of the Call Of Duty series of games even give you the chance to adorn your character’s wrist with a not-so-subtle homage to the Submariner. Of course, there’s the classic black 16610LN, or if you want a splash of color, you could even choose a 16613 Bluesy. 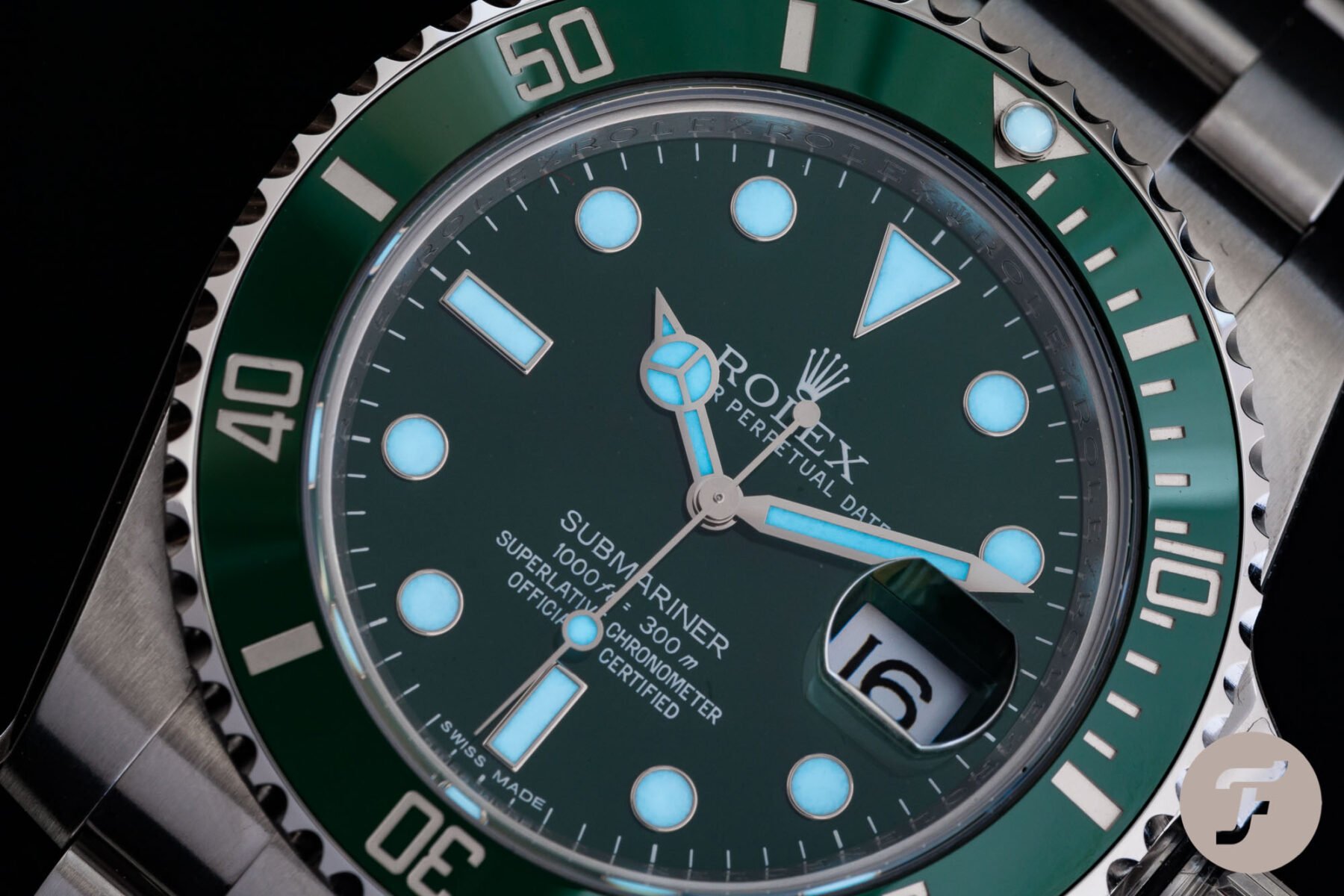 I couldn’t even get one anyway…

If you’re reading this article, I’d suggest it’s fair to say you’re a watch fan/collector. So you’ll more than likely be well versed in the fact that the Rolex Submariner is very difficult, if not impossible, to walk in and buy from your local Rolex dealer. Waitlists of several years and purchases of less desirable watches to “qualify” you are the name of the game when trying to get yourself a Submariner at list price. The easiest method for most is on the second-hand market, where there are Subs a-plenty. The main difference being the price tag is significantly above the list price. Owners and unscrupulous dealers looking to make a quick buck are ruining the market for people who genuinely want to own and wear a Rolex Submariner.

Who doesn’t want a few grand in their pocket to go and purchase something else they do want for free essentially?

Thankfully, I am not one of those people. Of course, I wouldn’t entertain paying those, quite frankly, absurd prices on the second-hand market. I also wouldn’t be bothered about buying one at list price. Not even if I were offered one today. Now, let’s remove the concept of purchasing a watch at list and flipping it at a profit. Because as much as I have disdain for this, I get it. Who doesn’t want a few grand in their pocket to go and purchase something else they do want for free essentially? I can’t fault the logic. But, if I was offered a Rolex Submariner at the list price, I would not be interested.

So I hear you asking, “why?” I also hear the inevitable cries of “Rolex bashing”. Well, to those about to throw their arms up in despair, remember Fratello is a broad church. We are all watch lovers and collectors with massively different collections and preferences. I’m not saying the Rolex Submariner is a bad watch. I’m not even saying Rolex itself is bad. You need not look very far to find plenty of Rolex-positive articles among our pages. It’s just that I don’t desire a Submariner, so the cries of “why?” deserve a thorough response.

I have already admitted that the watch is a timeless classic, offers some of the best wearable dimensions I’ve ever come across, and is an icon that transcends watch collecting. So why would I not want one? Well, there are a few reasons. 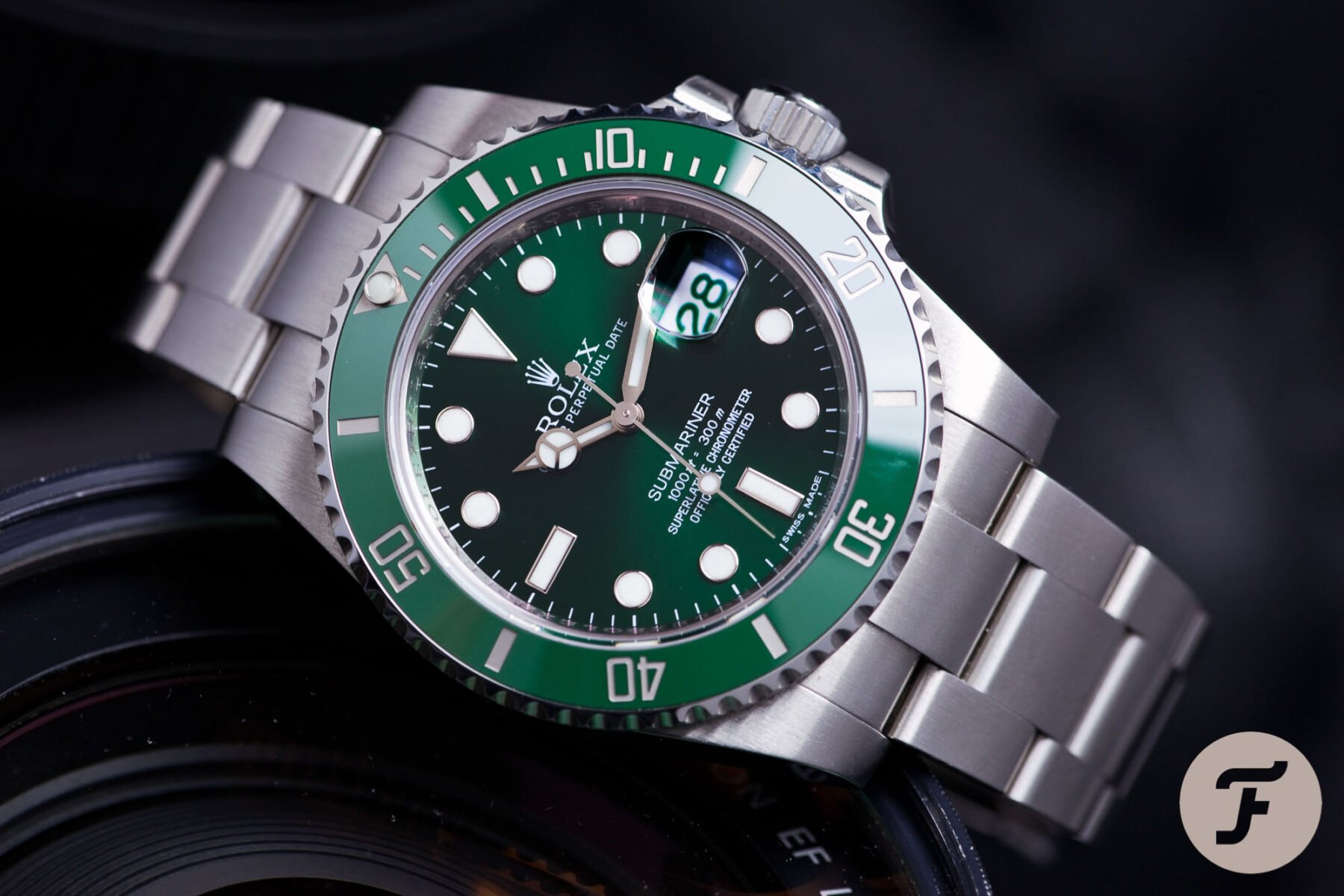 1 —All aboard Rolex hype-train!

I don’t like being told what I should like, covet, and wear. The number of posts that I see on social media, and even sometimes in the comments on Fratello, where people make a statement that Rolex is the best. That the Submariner is the ultimate watch for every situation, or that nothing else can compare. I hate that mentality that other people’s tastes should be discarded and a perpetuated one-track message forced upon the masses. Rolex is not the only answer, Rolex is not the single best watchmaker to have ever existed, and Rolex does not make the undisputed single most excellent watch ever in existence. Chill out and open your minds, people. 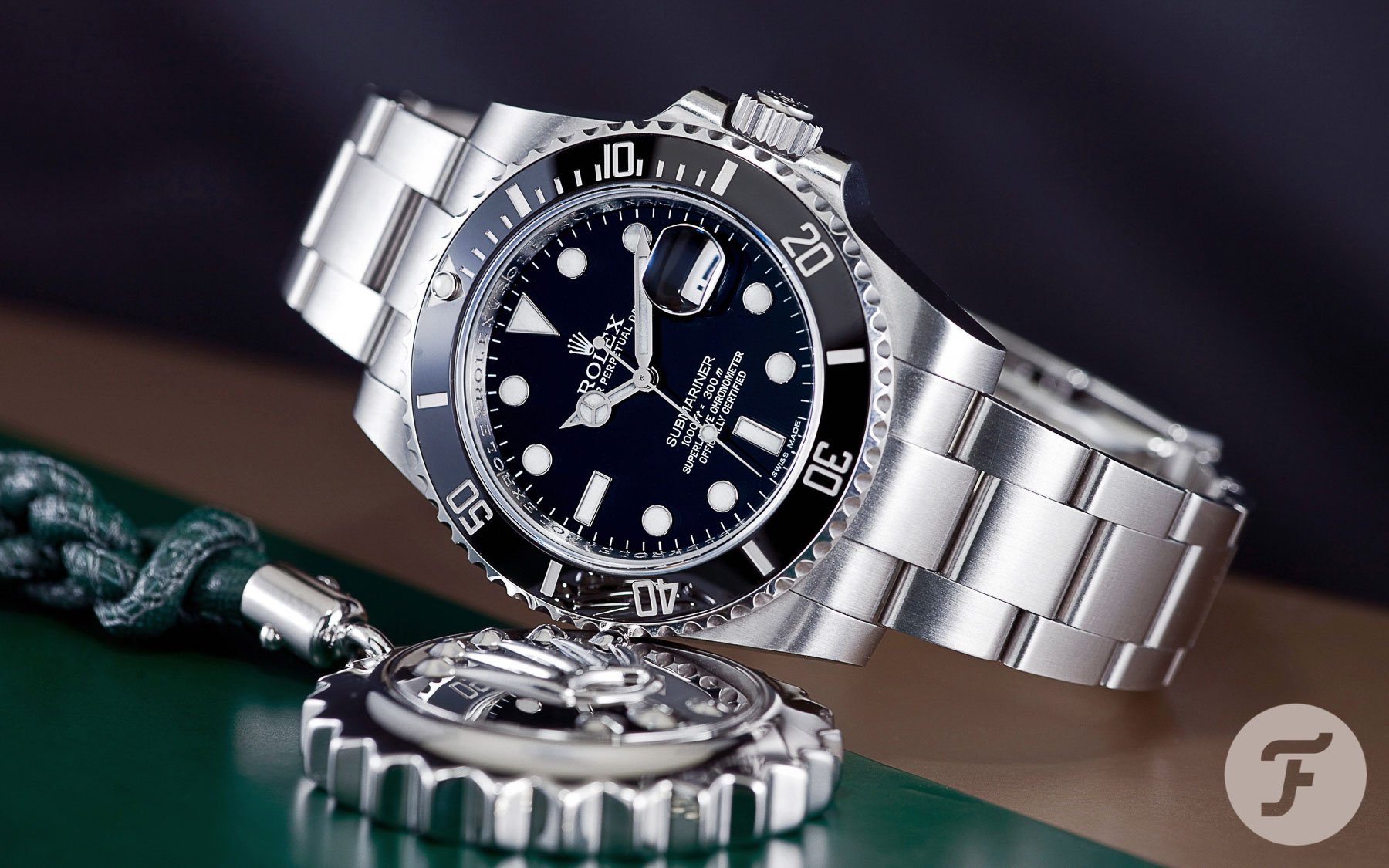 2 — It’s a great watch, but it doesn’t fit my personality

I’ve said it twice, and I’ll say it thrice: the Submariner is an inherently excellent watch. However, I like things that are a little less traditional. I like modern materials and designs. So is the very classic Submariner going to be the best bet for my personality? No. The Submariner is a master at what it does, but it’s not a jack of all trades. No watch is. You can’t force a watch to be “right” for yourself or for anyone else. If you usually like 45mm pilots chronographs, embrace it and enjoy wearing what you want. Don’t try to force yourself to like something that “isn’t you”. 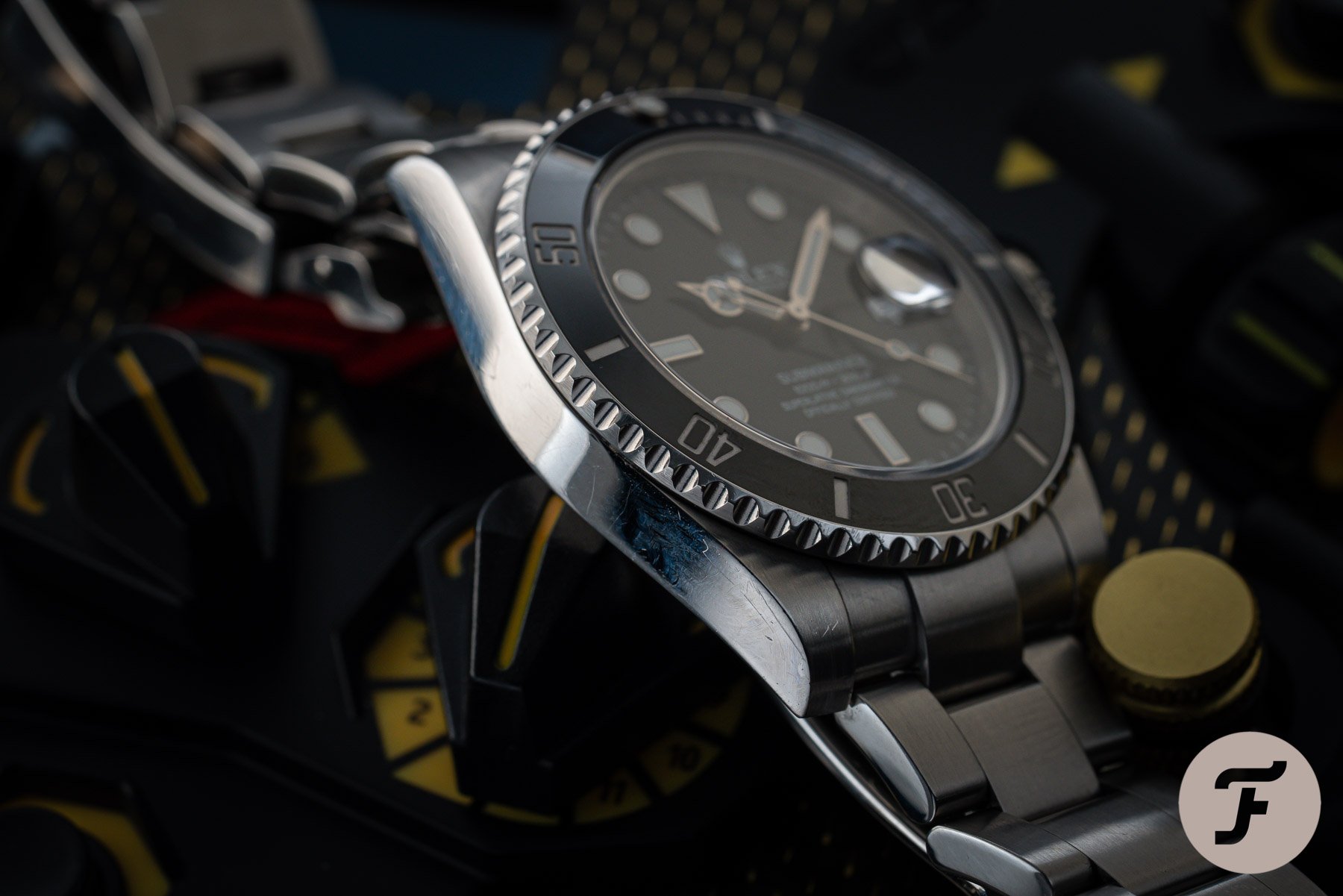 3 — The Submariner is not unique enough

This is possibly a little bit unfair, but it’s still relevant for me. The Rolex Submariner is an unfortunate victim of its own success. The amount of people out there wearing a Submariner is enormous. The number of fakes out there, and the number of homages out there means that Rolex’s Submariner is far from a unique watch. Despite it being an icon of exclusivity, its own exclusivity is vastly diminished by its stylistic ubiquity (even if its handsomeness and success are to blame for that).

In any industry, not just the watch industry, success brings the attention of those who will ride the coattails and try to copy and fake their way to an ounce of that same success. This is, unfortunately, what has happened with the venerable Submariner. I want my watches to be a little more unique, and (see point 2) I want my watches to express my personality and individuality. I don’t want to walk into a room and have several people wearing the same watch as me, whether it’s real, fake, or an homage. 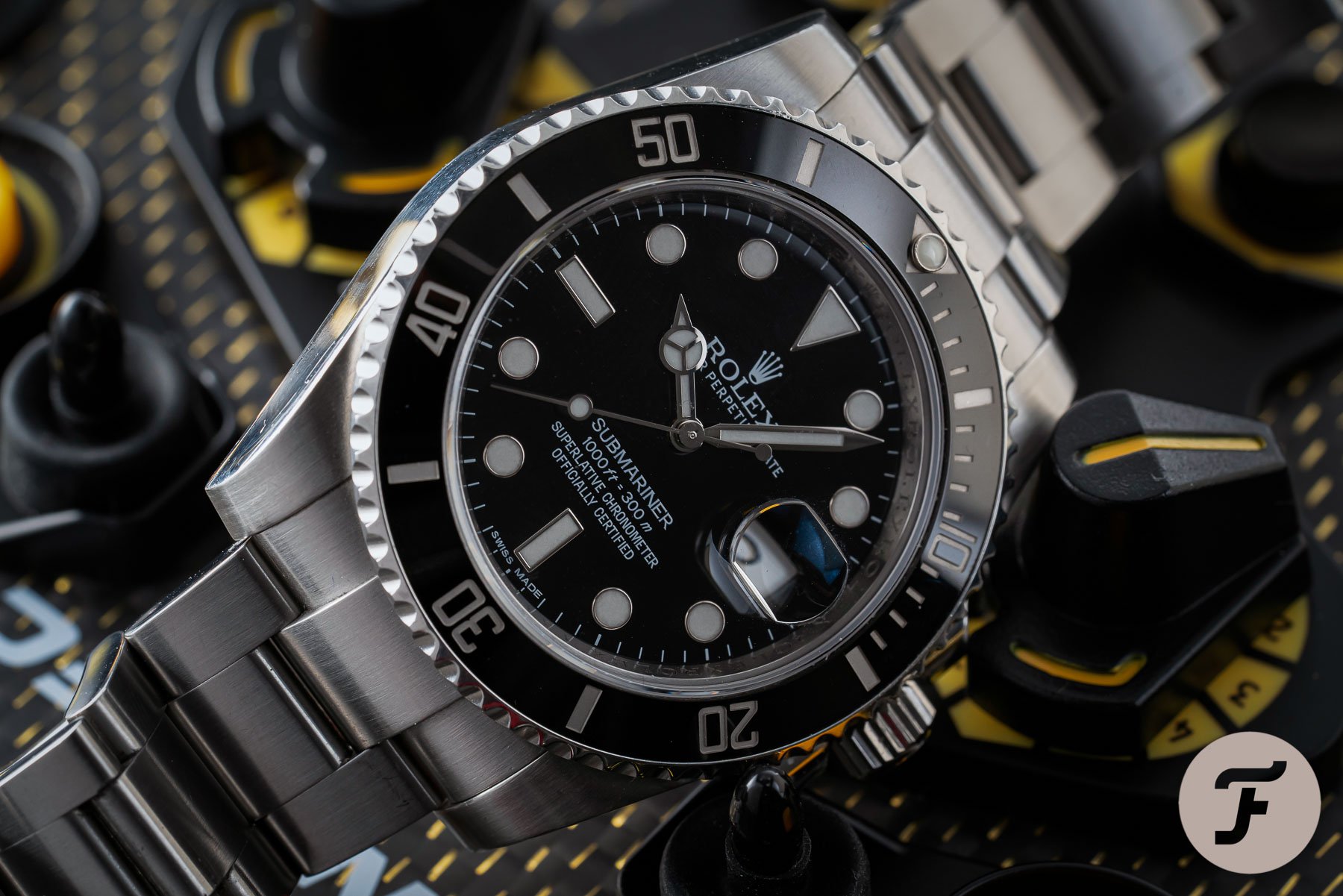 4 — Rolex p***es me off with its lack of creativity

Every year, Rolex launches are hyped by the community and industry alike. And every year, we hold our breath for something truly remarkable, but we get the same thing as before, just in different colors. I’ll admit, this year, we saw some charming new dials for the Datejust, and last year we saw some colorful new dials for the OP. But when you take a step back, you realize we’re almost praising Rolex for doing the bare minimum, for existing. Obviously, I’m not expecting the brand to abandon its profitable product lines that sell well — that’d be ludicrous. I am, however, asking Rolex to be creative. Try new things and show us what you can do!

AP tried something new with Code 11:59. Granted, it may not have been as successful as the brand might have hoped, but it showed a willingness to try. That in itself is commendable. Perhaps a little more success can be found in the ultra-cool AP Concept watches. If Rolex tried something like that, I’m confident it’d be a huge success. So why not prove how good Rolex could be and fight for the ultimate bragging rights? Maybe it’s me, but Rolex is too lazy at the moment. And that in itself is why I would not buy a Submariner, or indeed any other Rolex watch right now*.

*Actually, I love the idea of buying a Rolex and letting the wonderful folks at Artisans de Geneve do their thing, but I don’t have that kind of money. Woe is me. Either way that doesn’t count as far as this article goes.

Now I’m keen to hear your thoughts on the matter. Am I taking this too personally? Have I got Rolex all wrong, and is it actually a brand of the people after all? Let me know in the comments.

Hot Topics
Introducing: The New Seamaster Professional 300M 60 Years Of Bond — With A Special Animated Case Back
102 comments
Are You Still After An Omega × Swatch MoonSwatch?
74 comments
It’s Time To Invest In A Dress Watch — Our Picks From Breguet, Omega, Grand Seiko, And More
70 comments
Sunday Morning Showdown: The Tudor Pelagos Provocation — Pelagos Vs. Pelagos 39
55 comments
The Rolex Waitlist Conundrum — How Much Will The Price Of Your Watch Increase While You Wait?
48 comments
Popular
The Ultimate Sports Rolex – The Explorer II Reference 1655
Robert-Jan Broer
17
(From The Archives) Shut Up & Read The Truth About Cartier Watches
George Cramer
21
Hands-On With The Seiko Prospex Dawn Grey Series
Robert-Jan Broer
12