A couple of years ago, we did an article on the Rolex Cosmograph Daytona. We arranged a Formula 1 car (Alonso’s car from 2007) and a classic racing car for our photo shoot, and of course a weekend-bag full of Rolex Daytona watches.

Although Rolex produced chronograph watches since the 1930s, the Rolex Cosmograph Daytona wasn’t introduced until the 1963. The Daytona name was given to commemorate their sponsorship of races held on the Daytona Beach in Florida.

Since we had a hard time time sourcing a race car from the 1960s we went way back in time and found one from the 1930s. The era where Rolex started making chronograph watches. The Rosengart car we’ve found is actually one of the first, if not the first, car to feature brake lights! 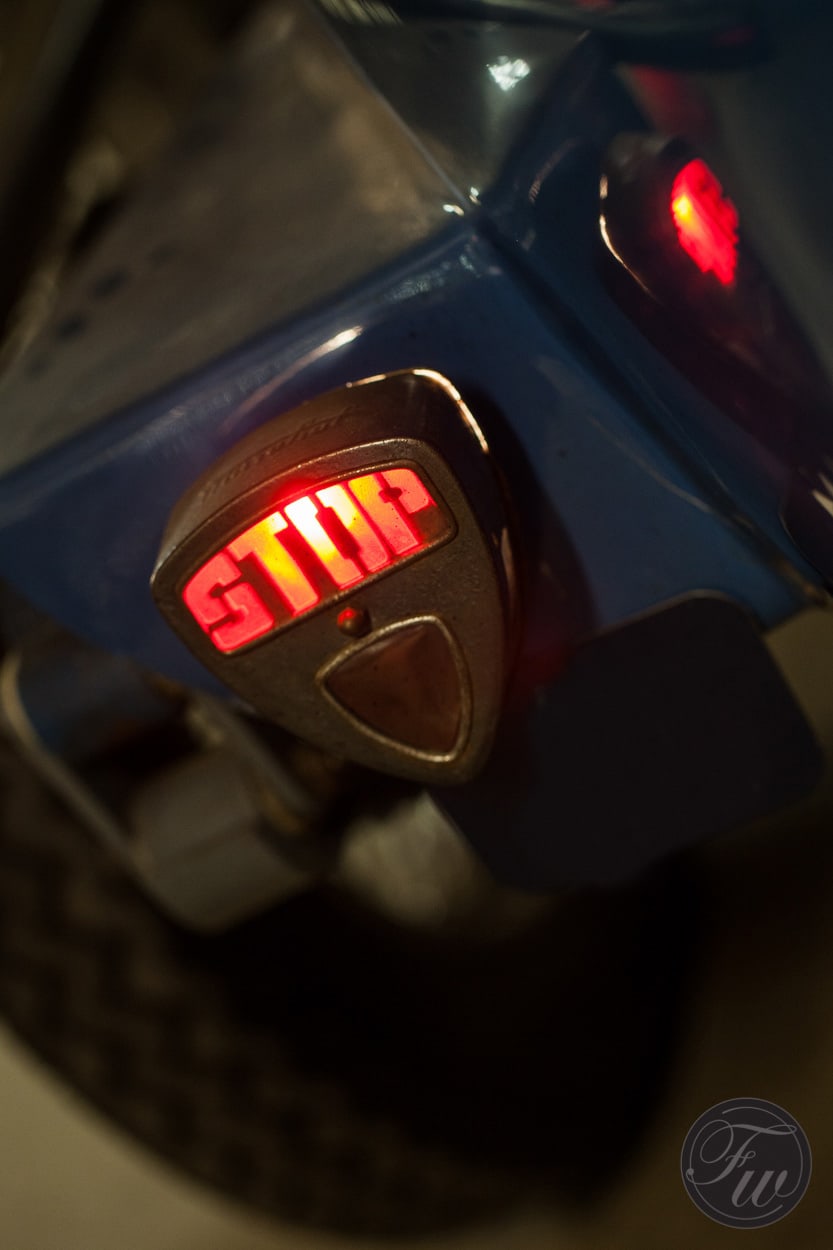 In the late 1970s and early 1980s, Rolex Daytonas were far from popular, something that suddenly changed as you probably know. Rumour has it that the interest (or hype) in the Daytona started after Paul Newman was spotted on the cover of an Italian magazine with a Daytona on his wrists. Collectors and enthusiasts bought these old Daytonas and if you bought one in the 1980s, you probably made some very good money in the meanwhile. A solid investment, to say the least. 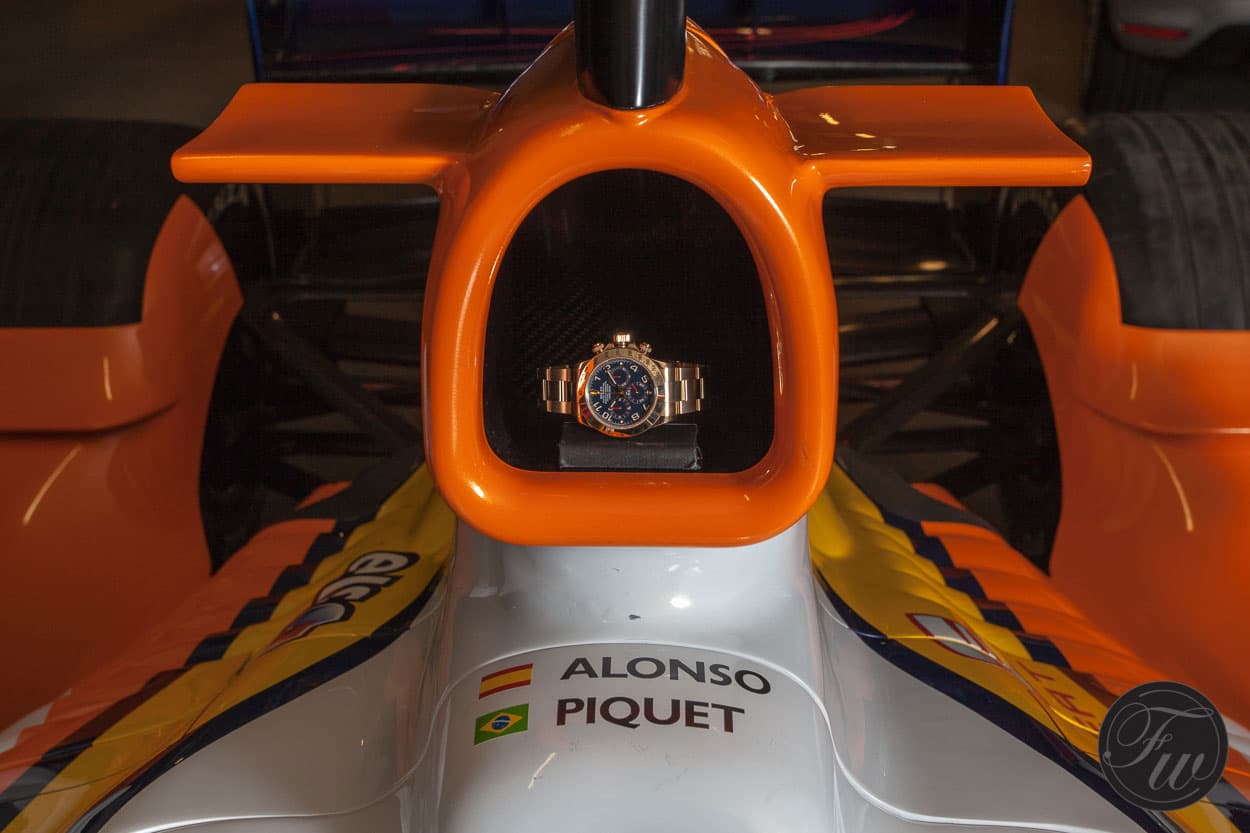 In a nutshell…   The hand wound models like the early 6239, 6241 and 6262 are highly sought-after. These models lack the screwed-down pushers, which were introduced later on in the 6240, 6263, 6265 etc. Having the screwed-down pushers, the case immediately got the status of ‘Oyster’. In other words, the watch became water resistant as well. The hand-wound Valjoux 72 based models lasted until 1988.

In 1988, Rolex started using an automatic chronograph movement based on Zenith’s El Primero chronograph movement for their Daytona 16520. Rolex did some tweaks (for example an amplitude of 28.800bph instead of 36.000bph) and labelled this movement as Rolex caliber 4030. Since 2000, Rolex is using their own developed movement in the Rolex Daytona (1)16520, caliber 4130. 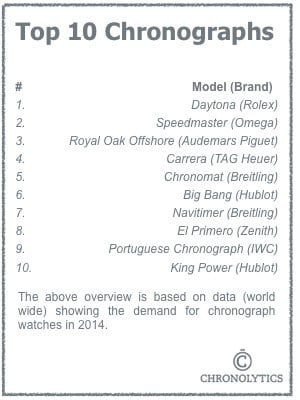 Although the Daytona hype isn’t the same as it was 5 years ago when it comes to new watches, it is still one of the most popular watches. More over, it is the most popular chronograph watch world wide (source: Chronolytics).  Although the waiting lists disappeared, it still has the same cult status and an impressive number of fans. The demand for a vintage Rolex Daytona however, can hardly be called a hype as it seems to be a never ending story. A vintage Rolex Daytona is high on the wish list of probably any watch collector out there.

Without further ado, have a look at the Rolex Cosmograph Daytona watches we sourced for the photo shoot. Enjoy! All photos can be clicked for larger versions. 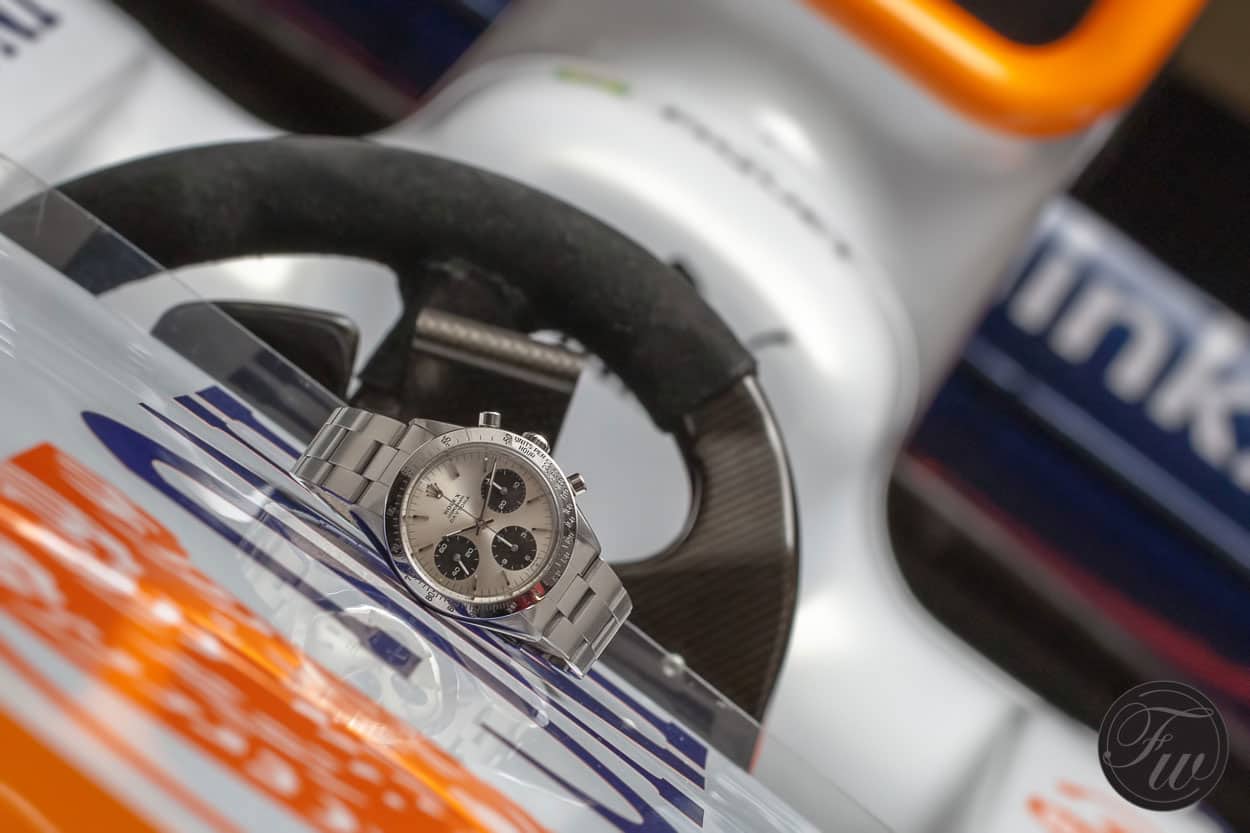 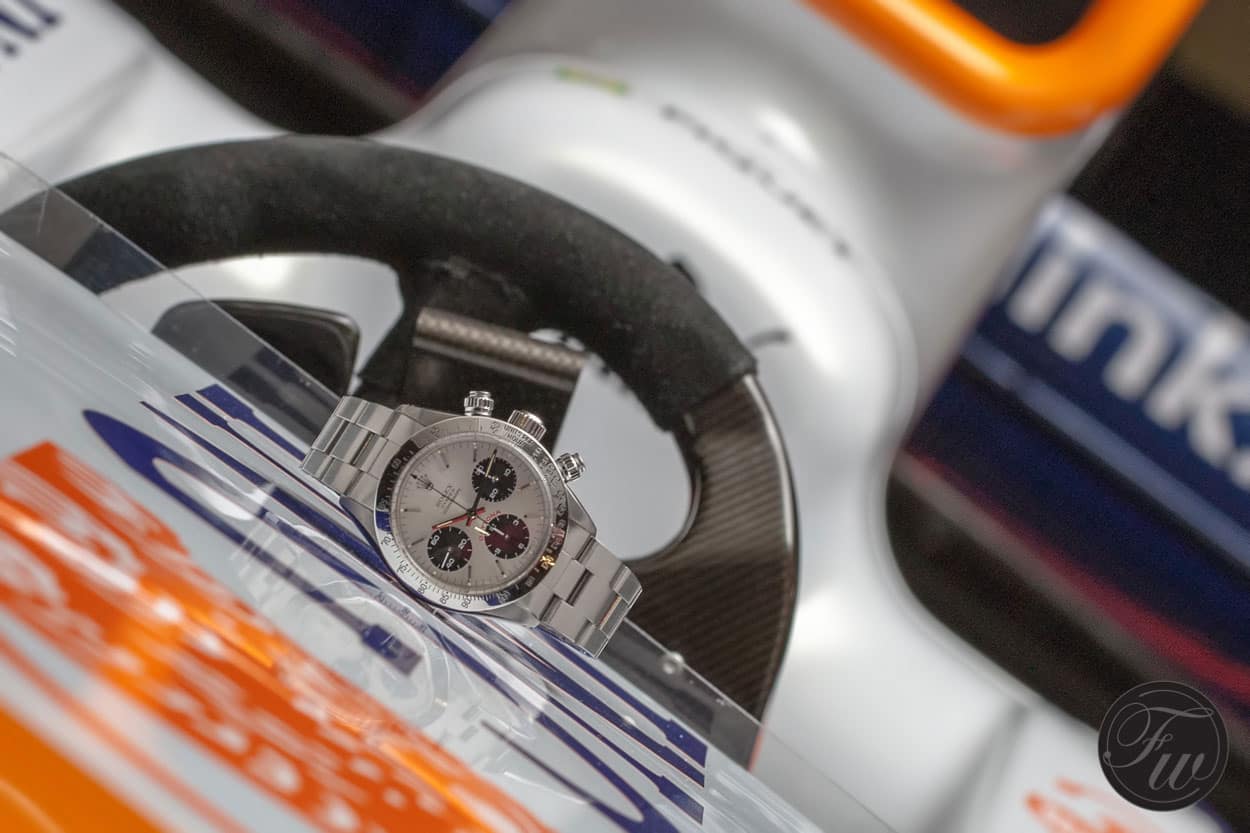 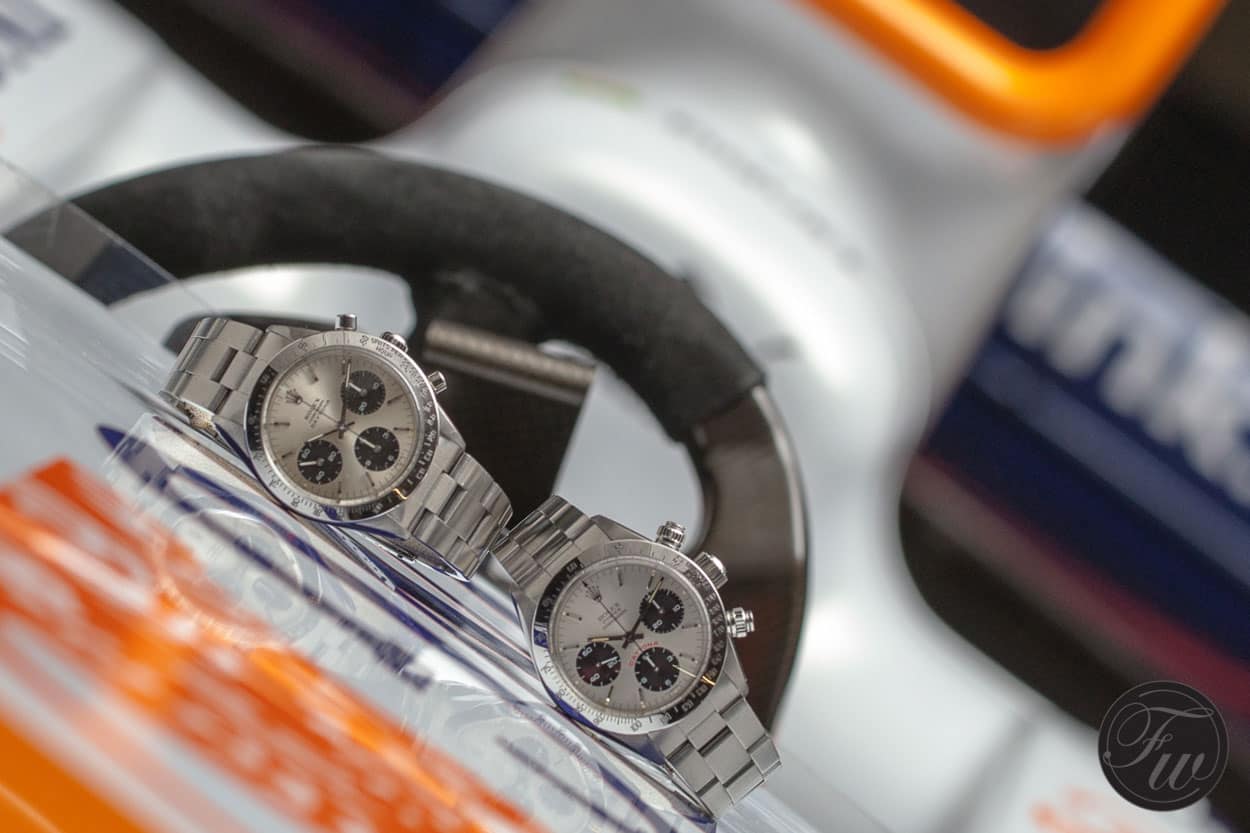 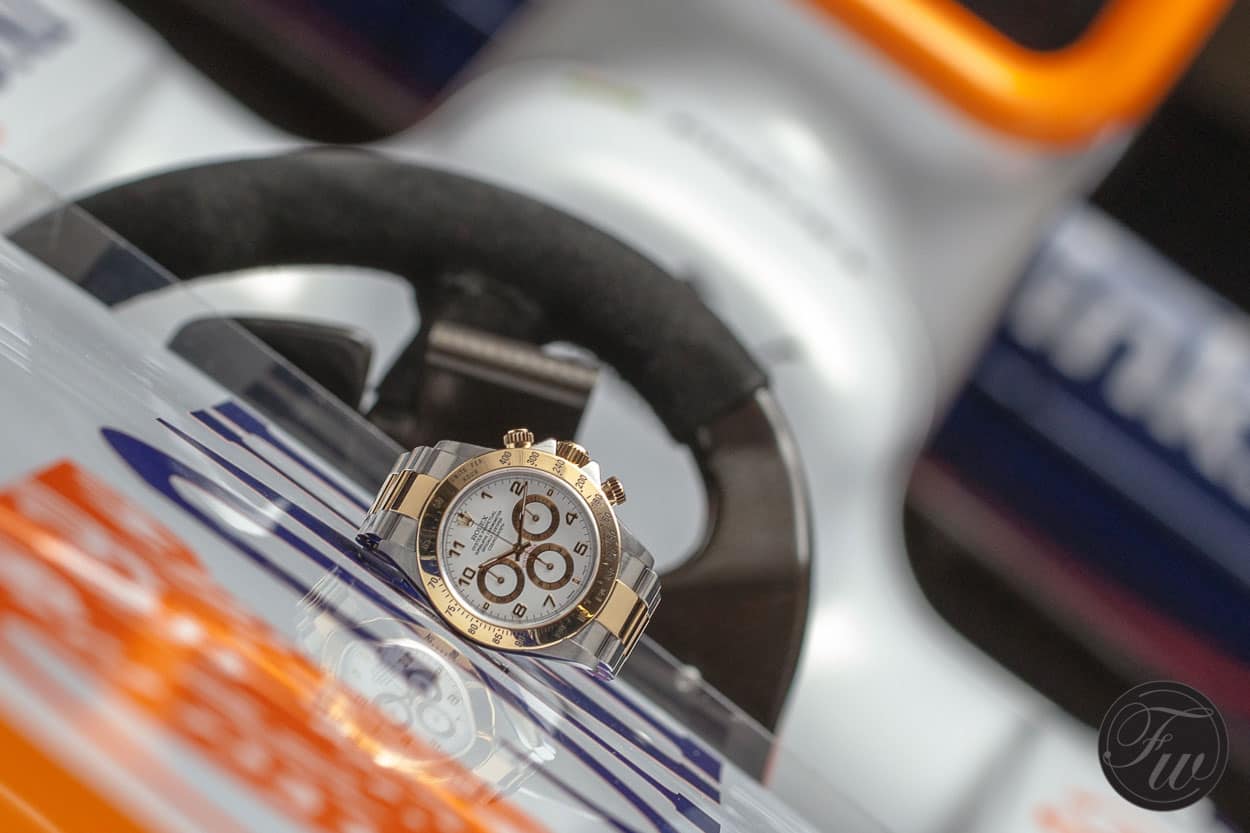 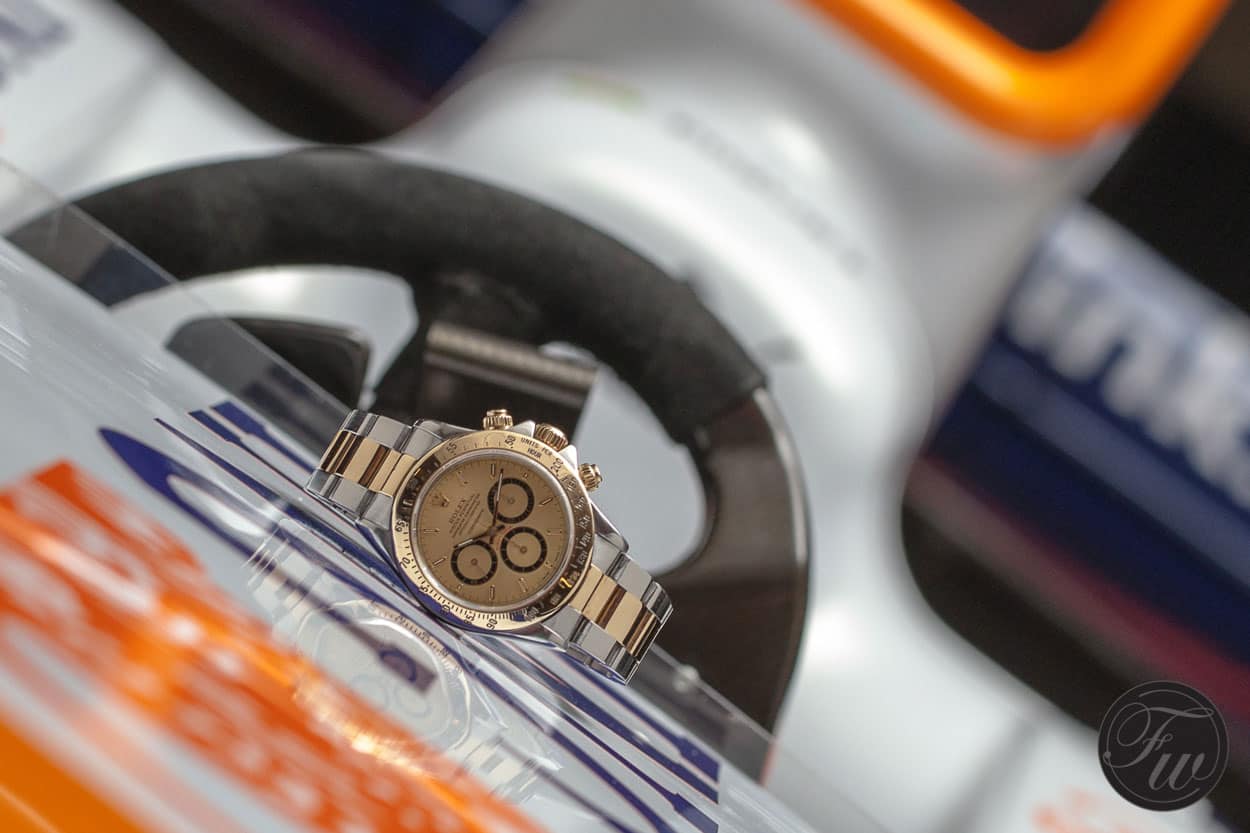 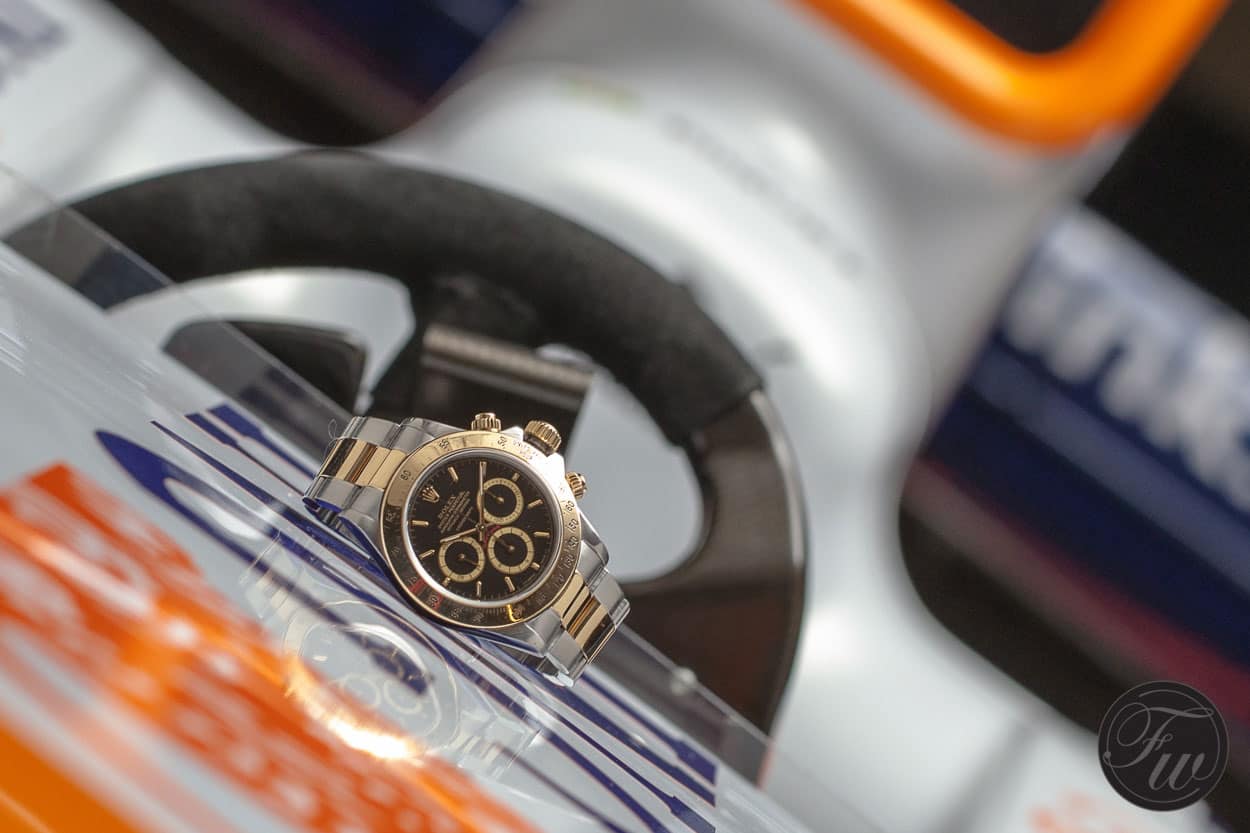 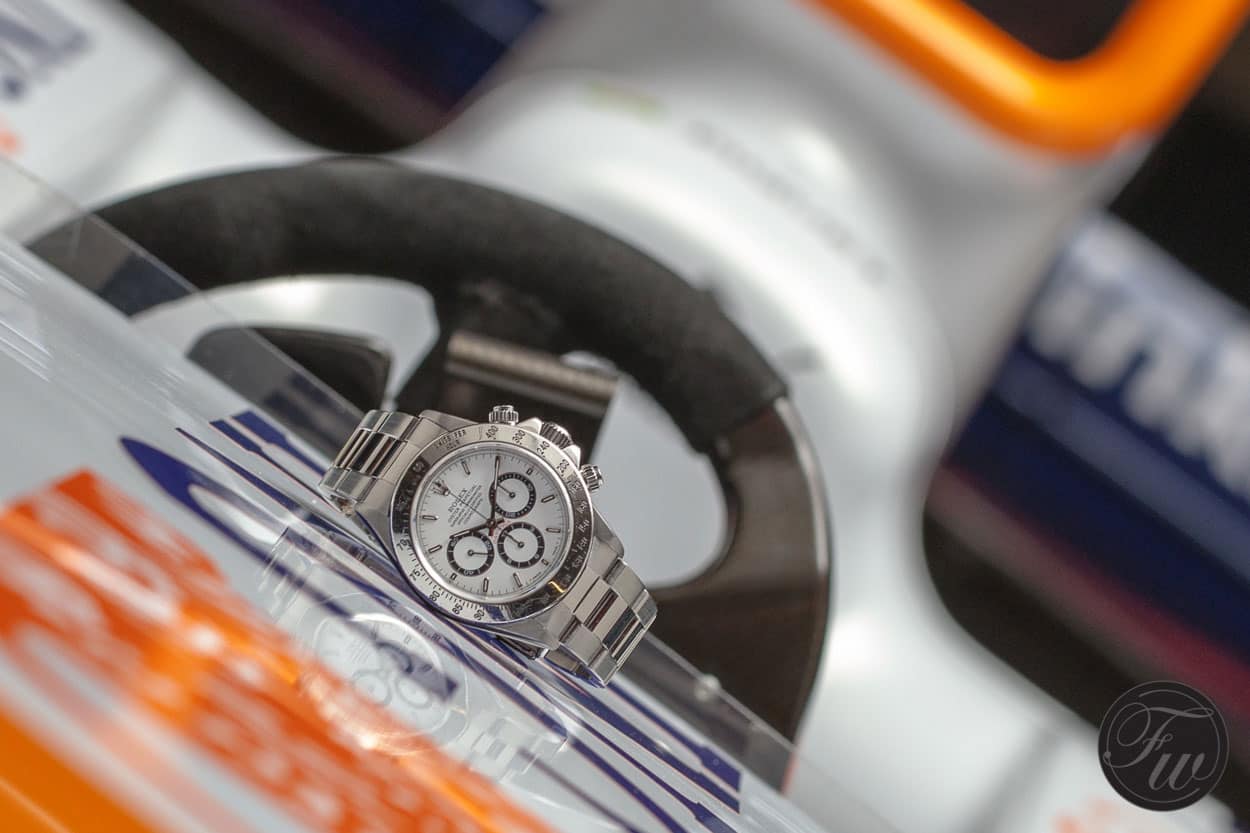 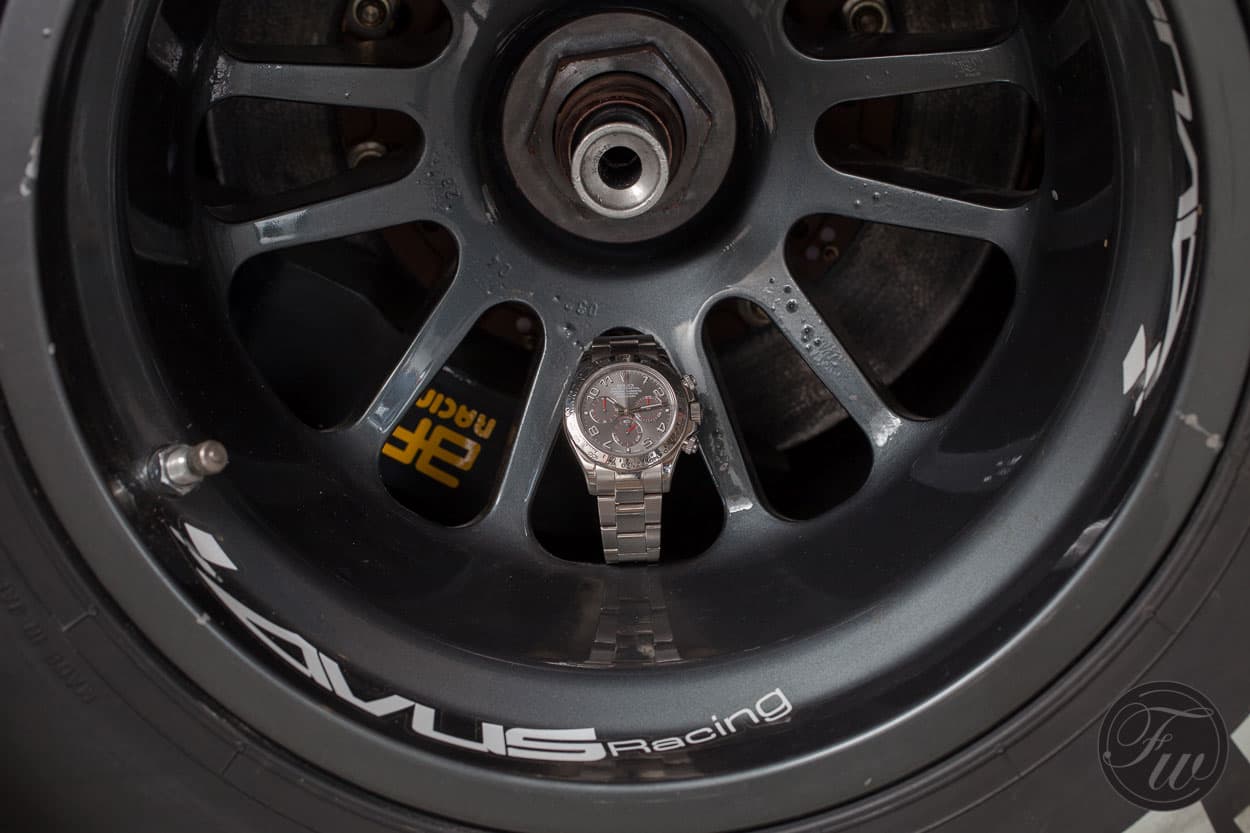 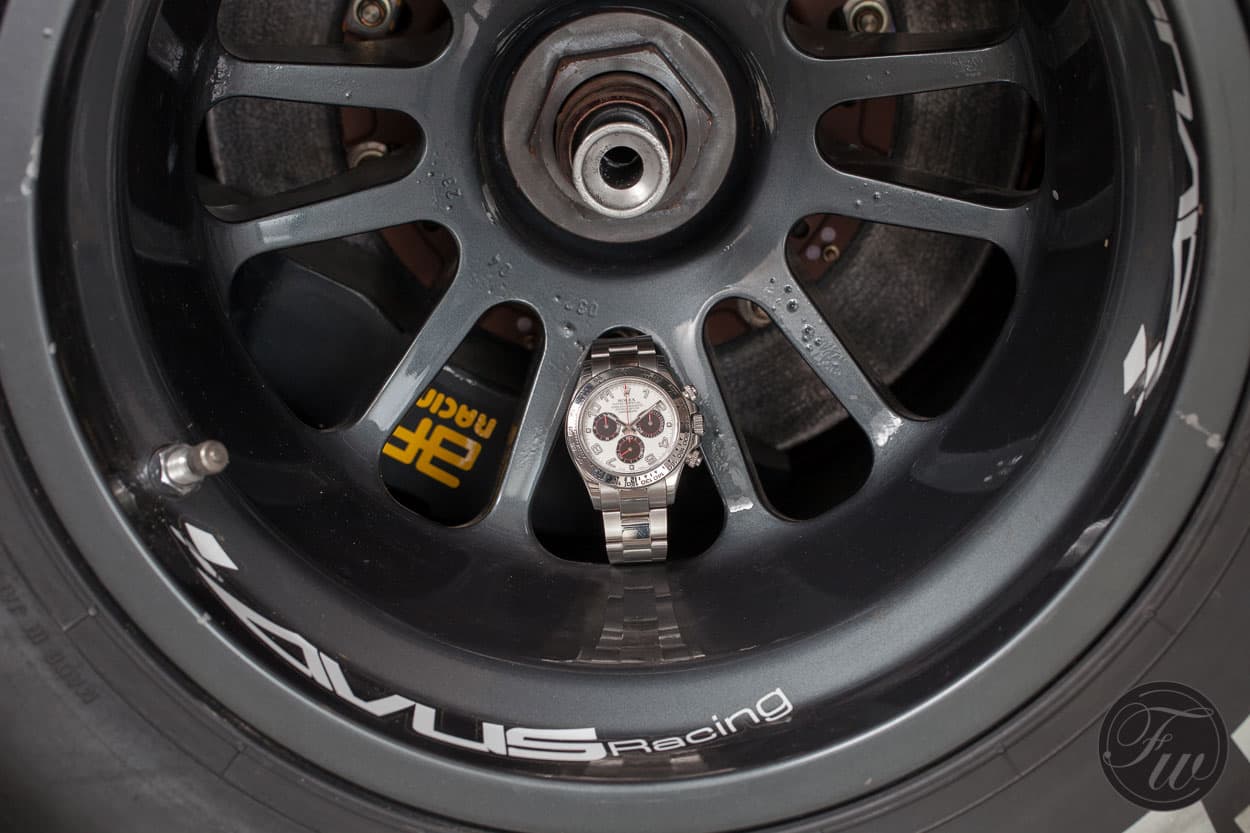 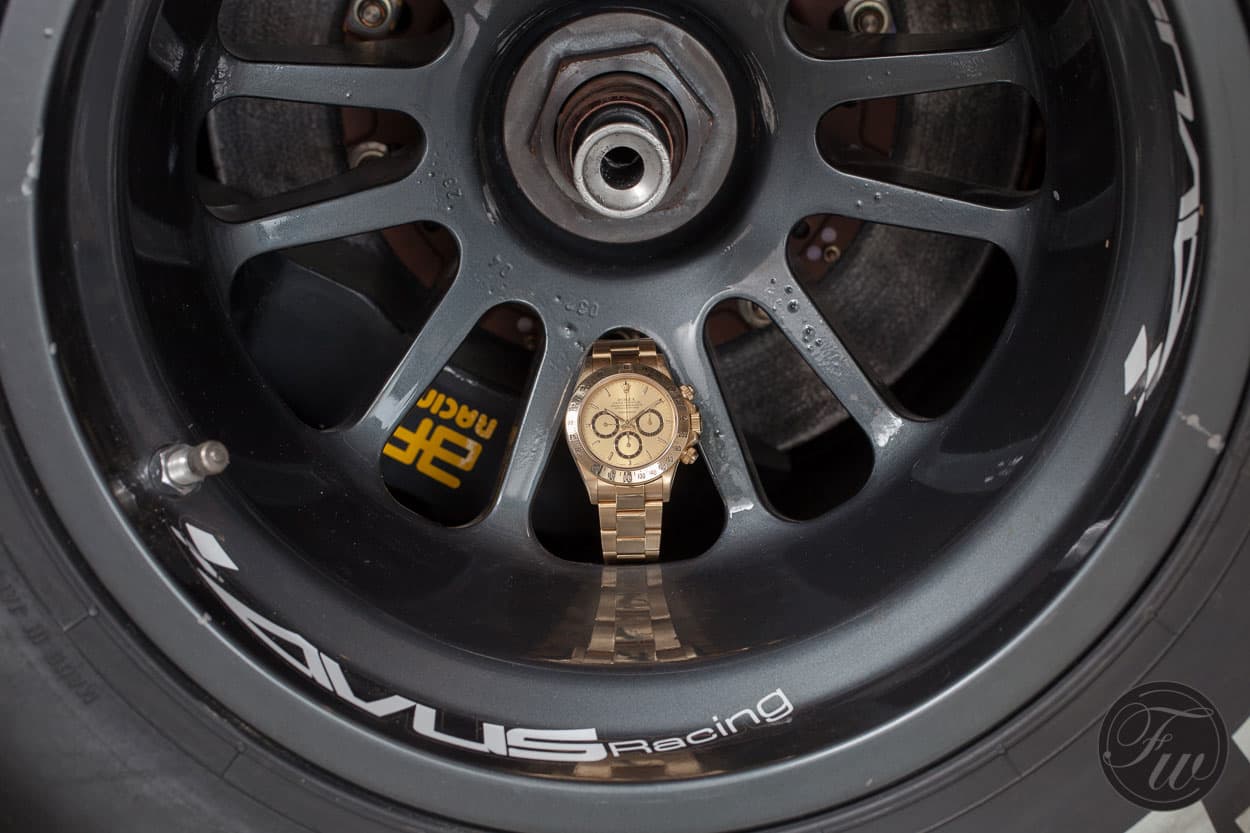 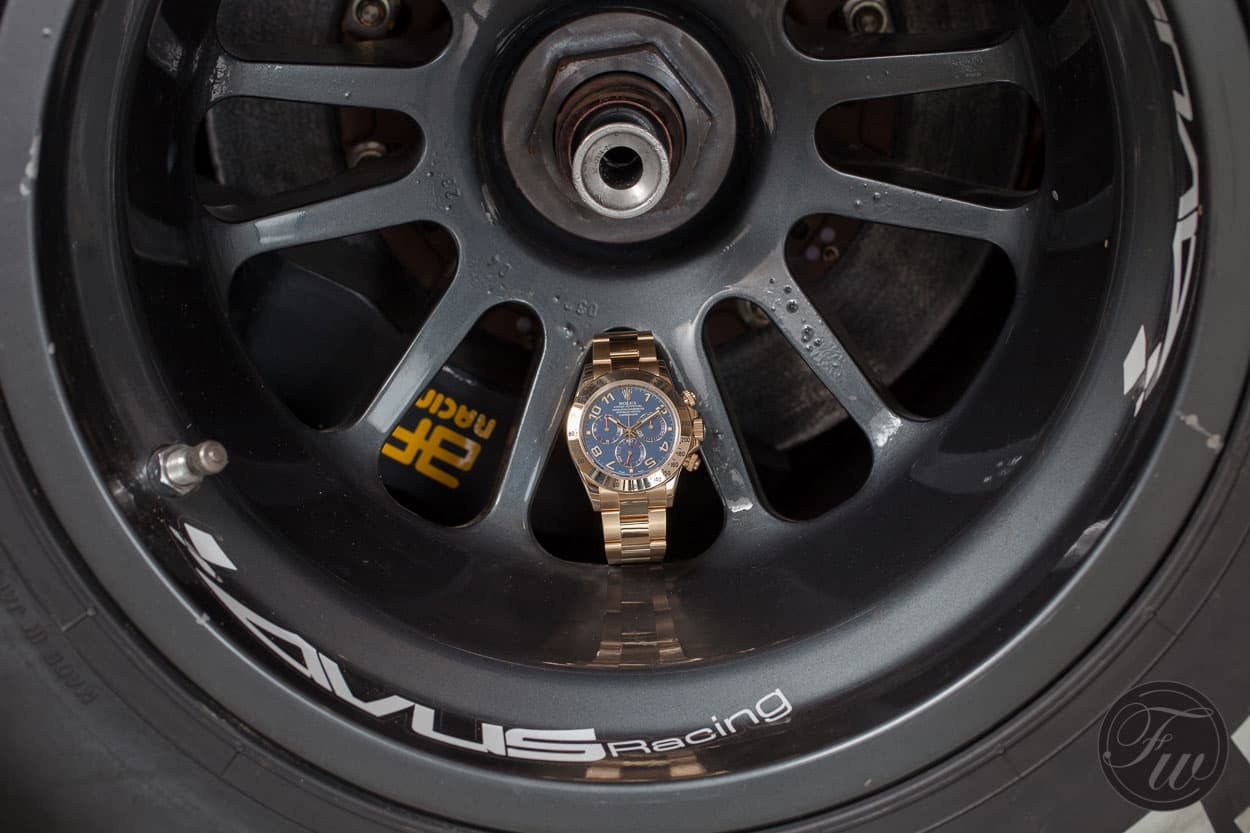 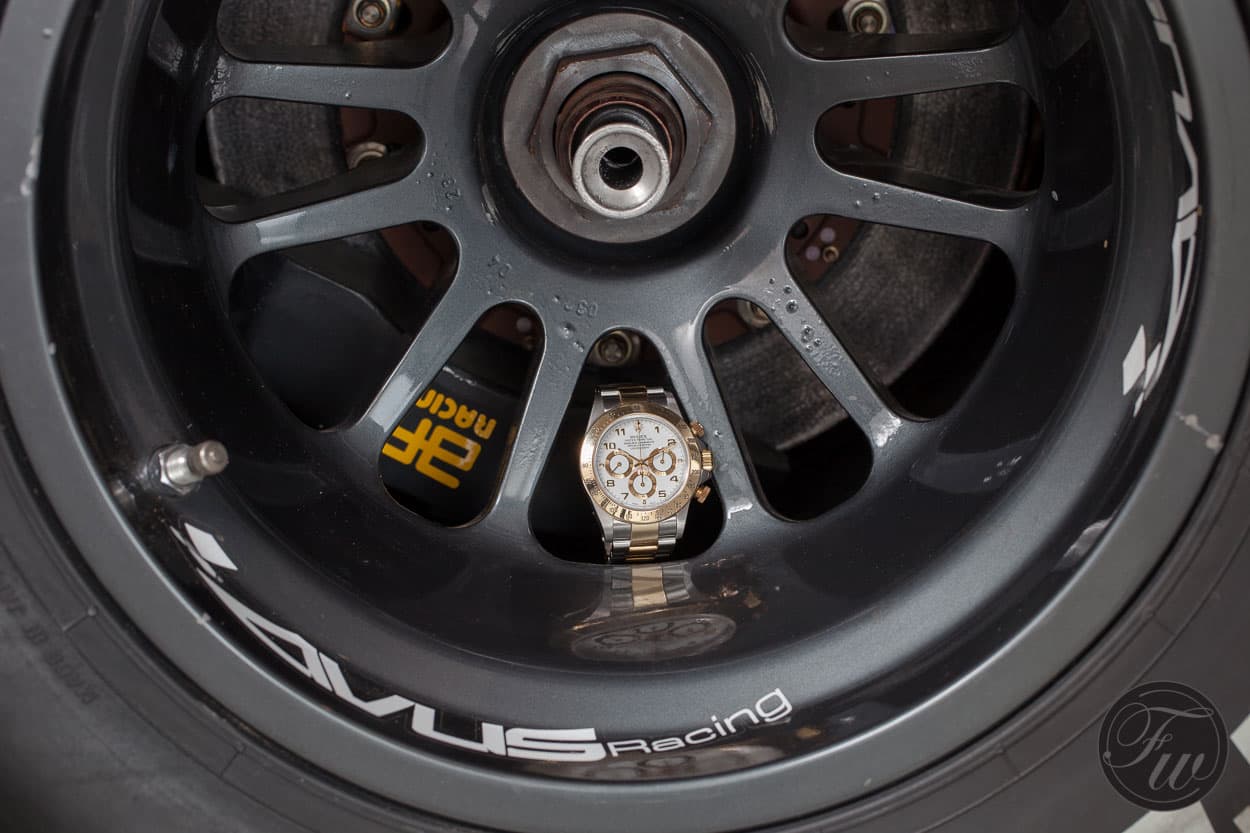 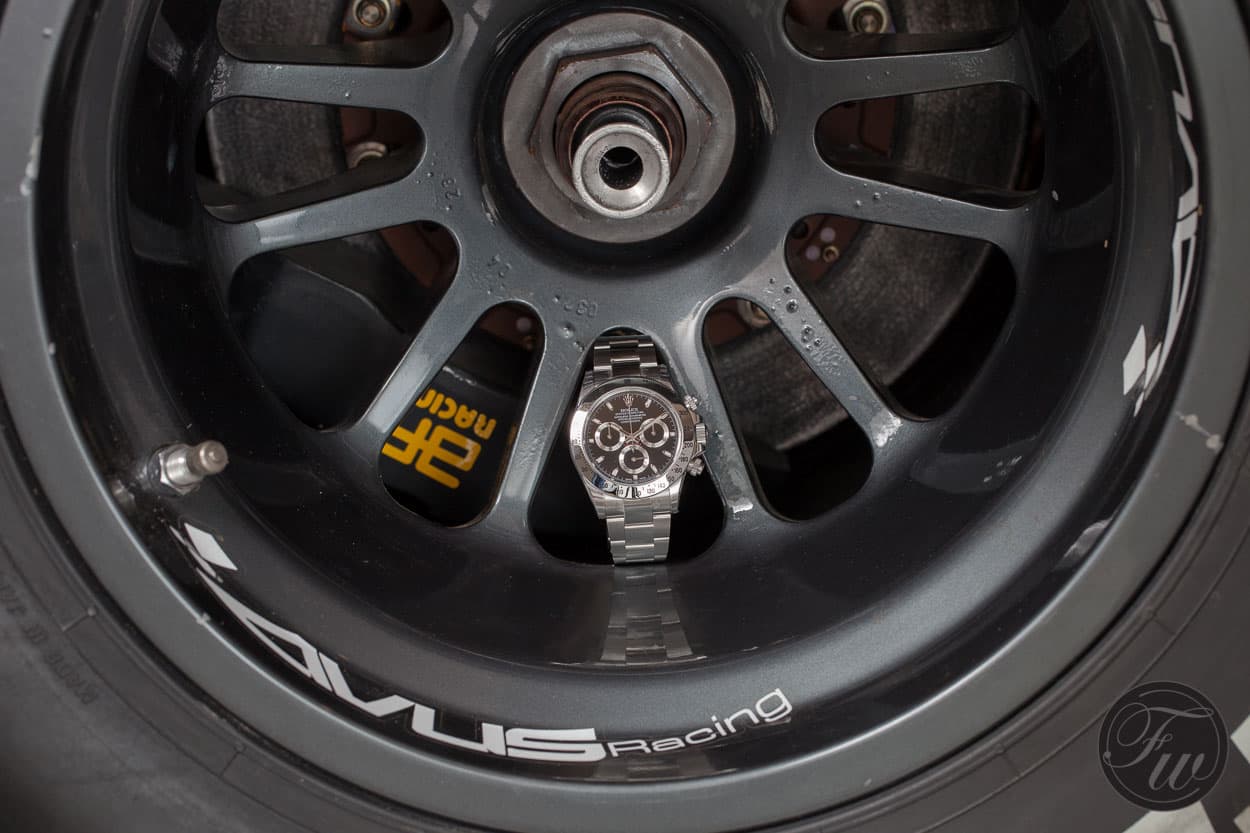 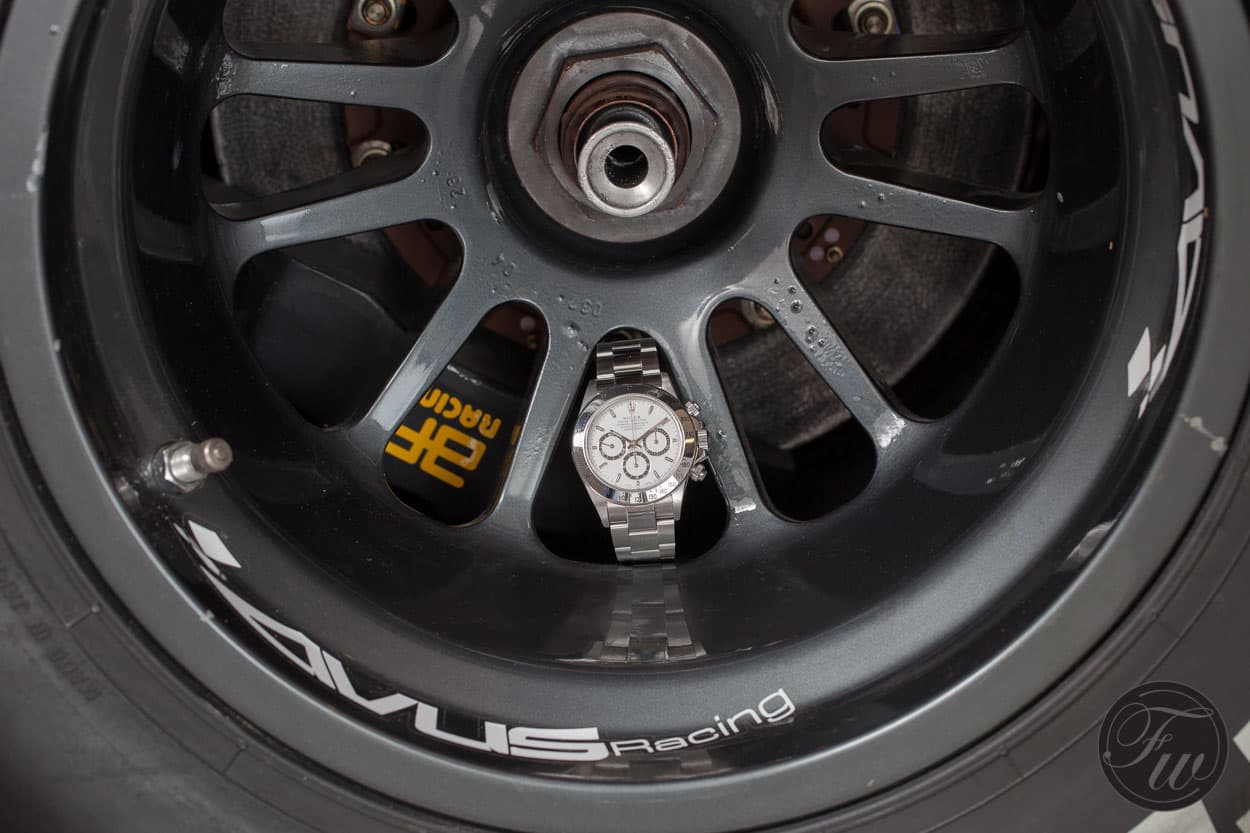 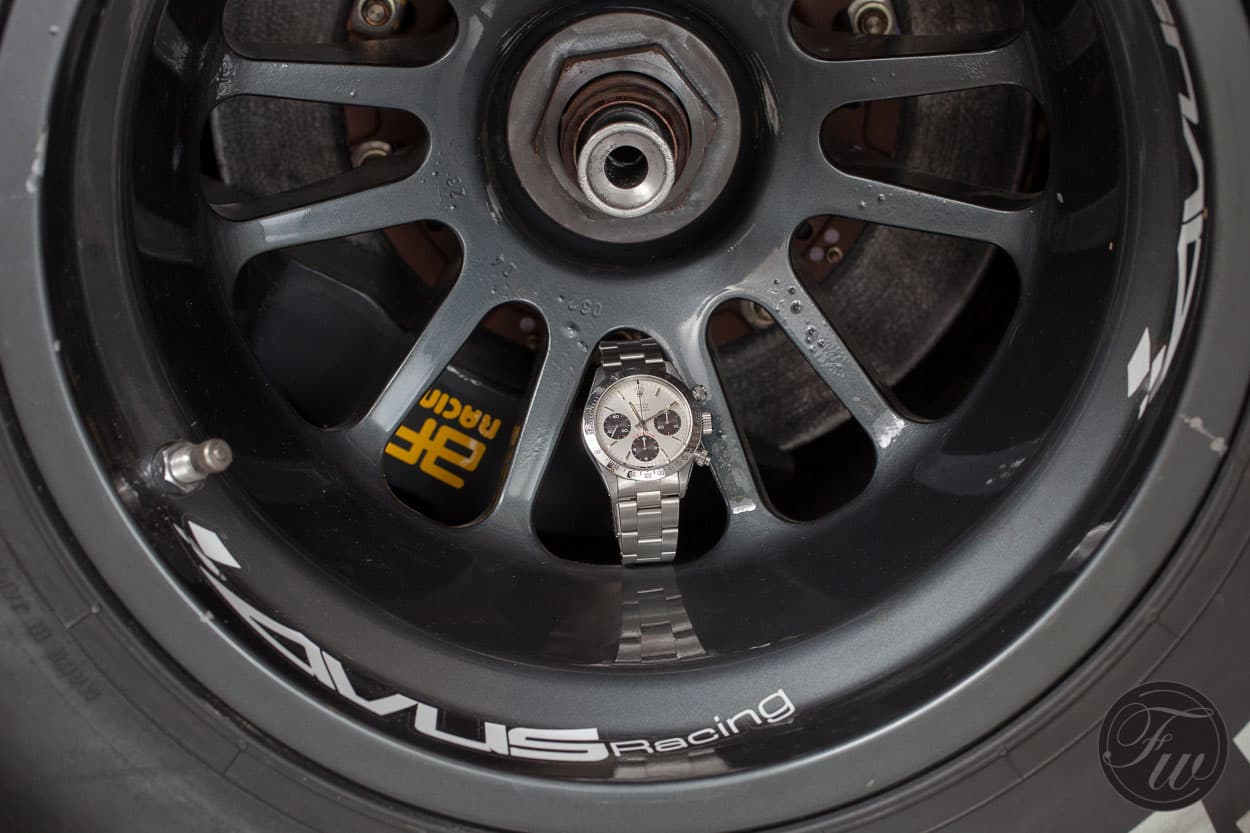 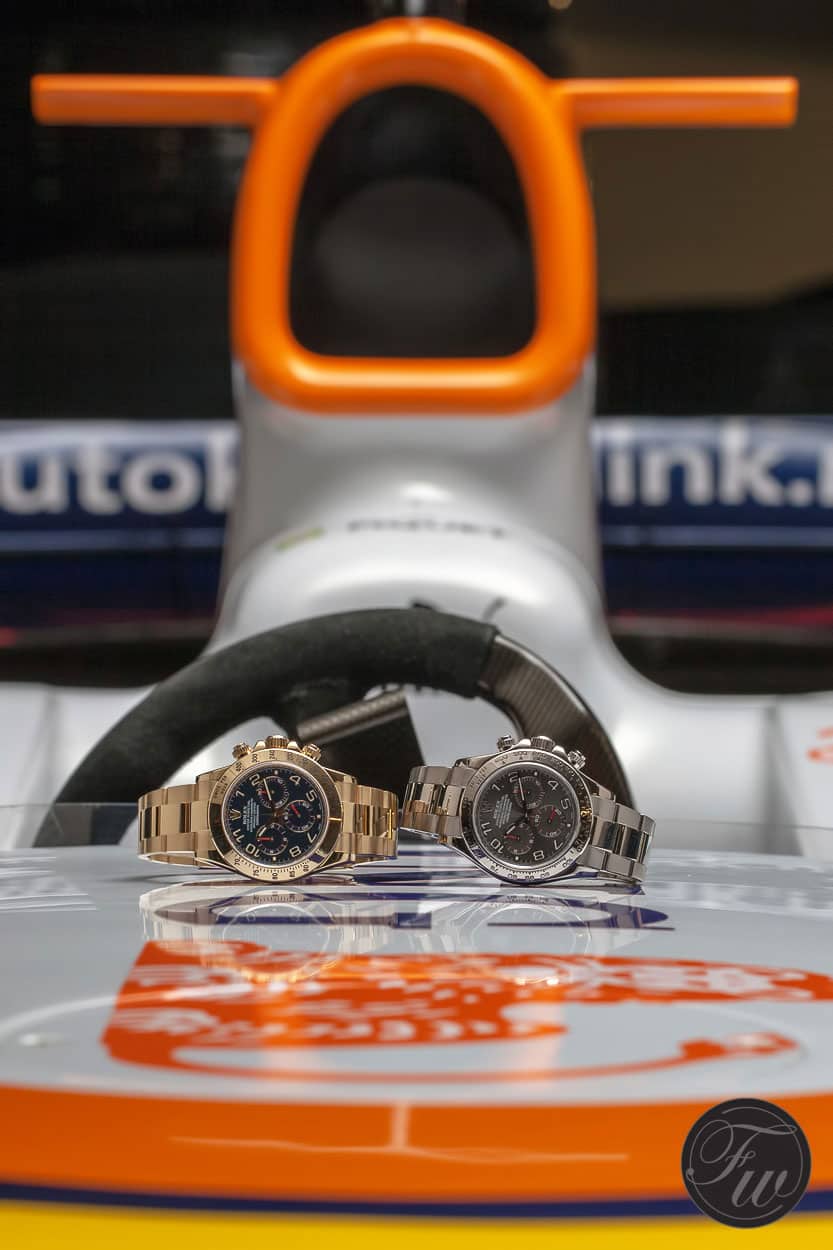 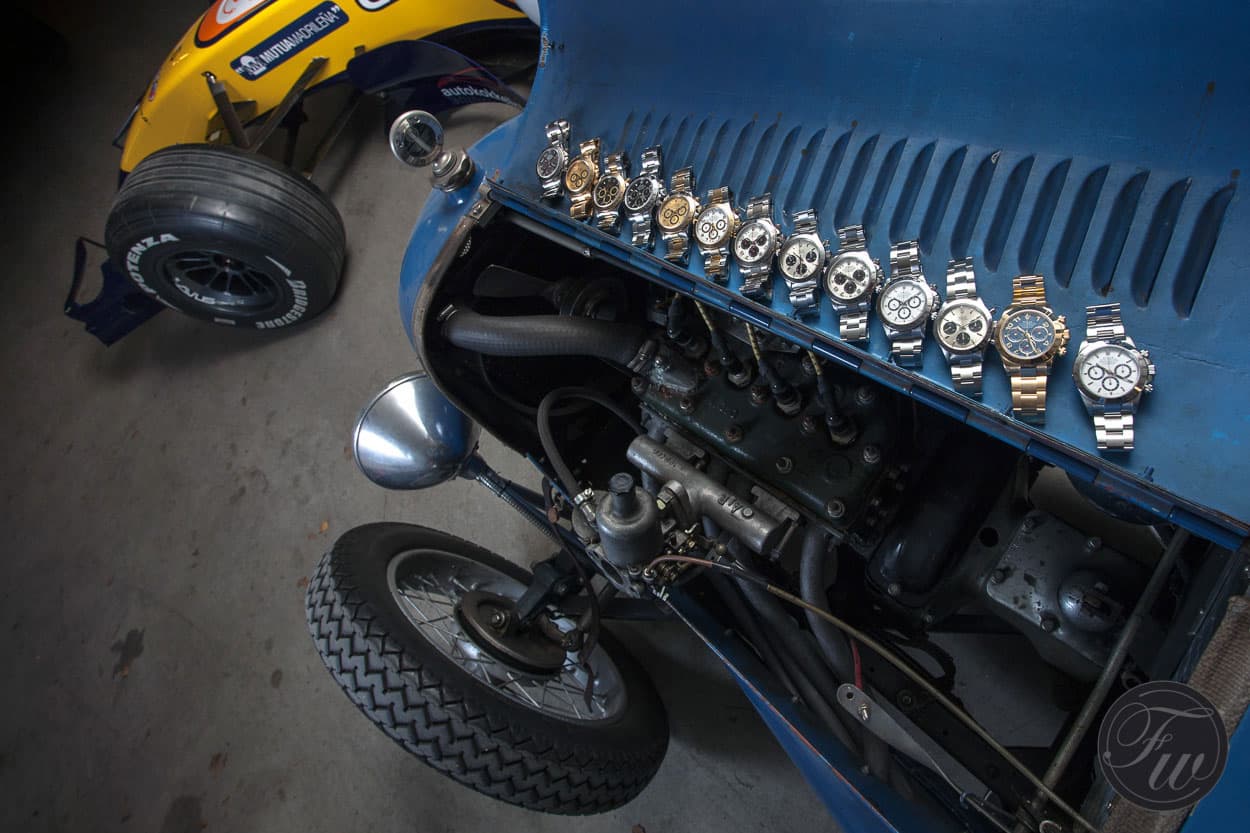 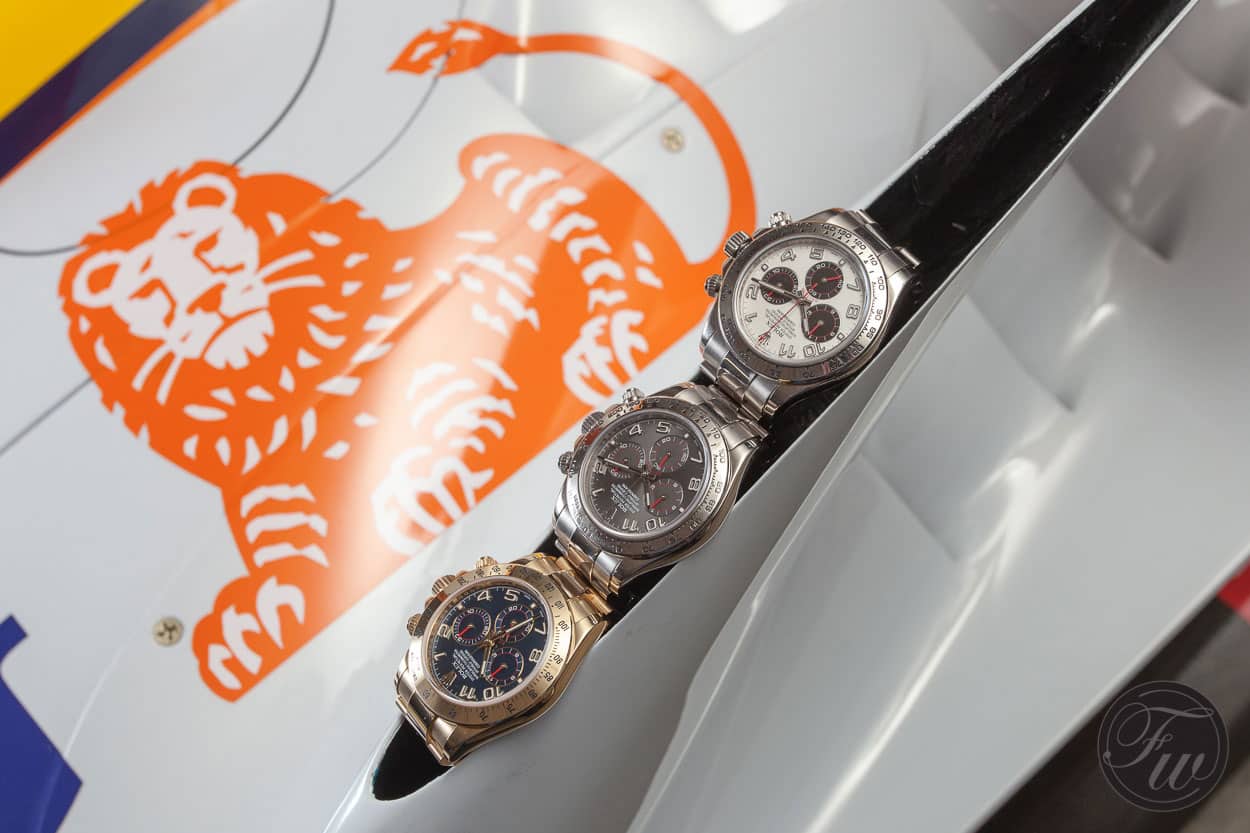 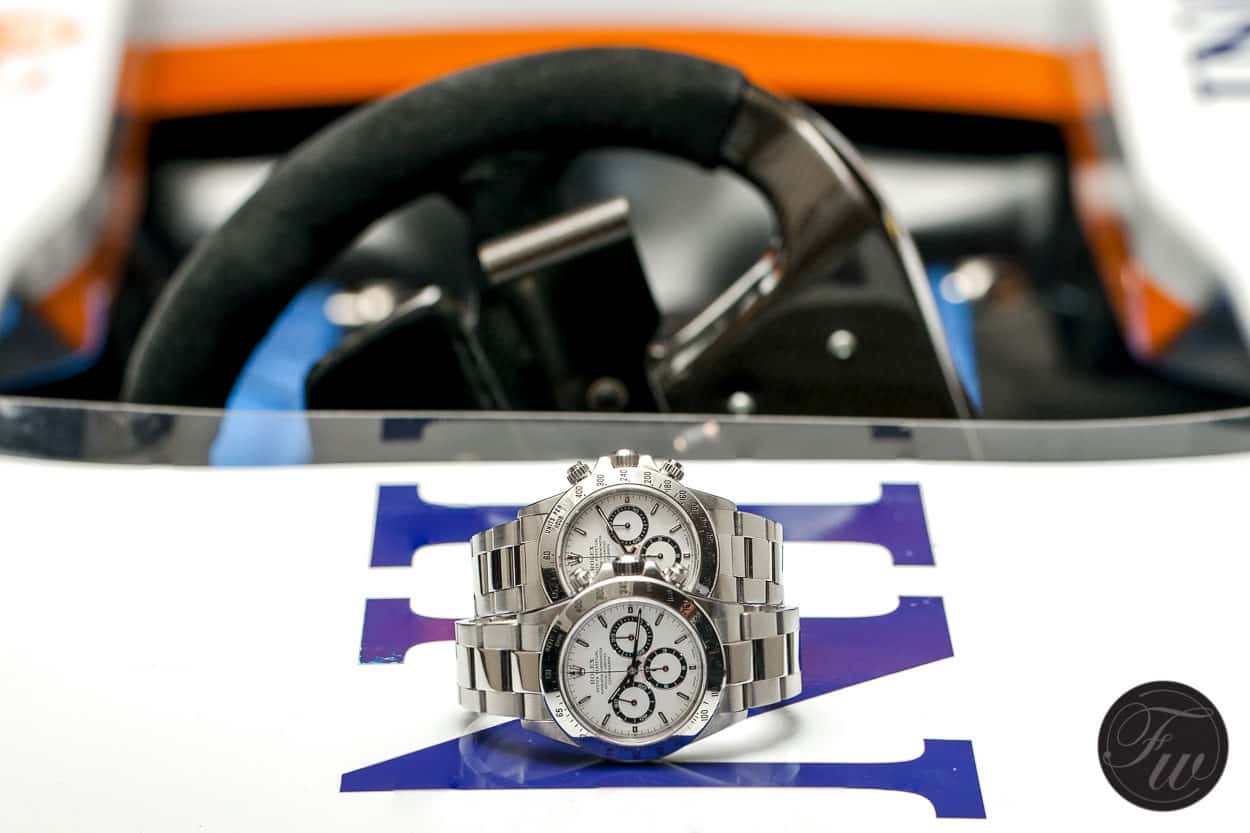 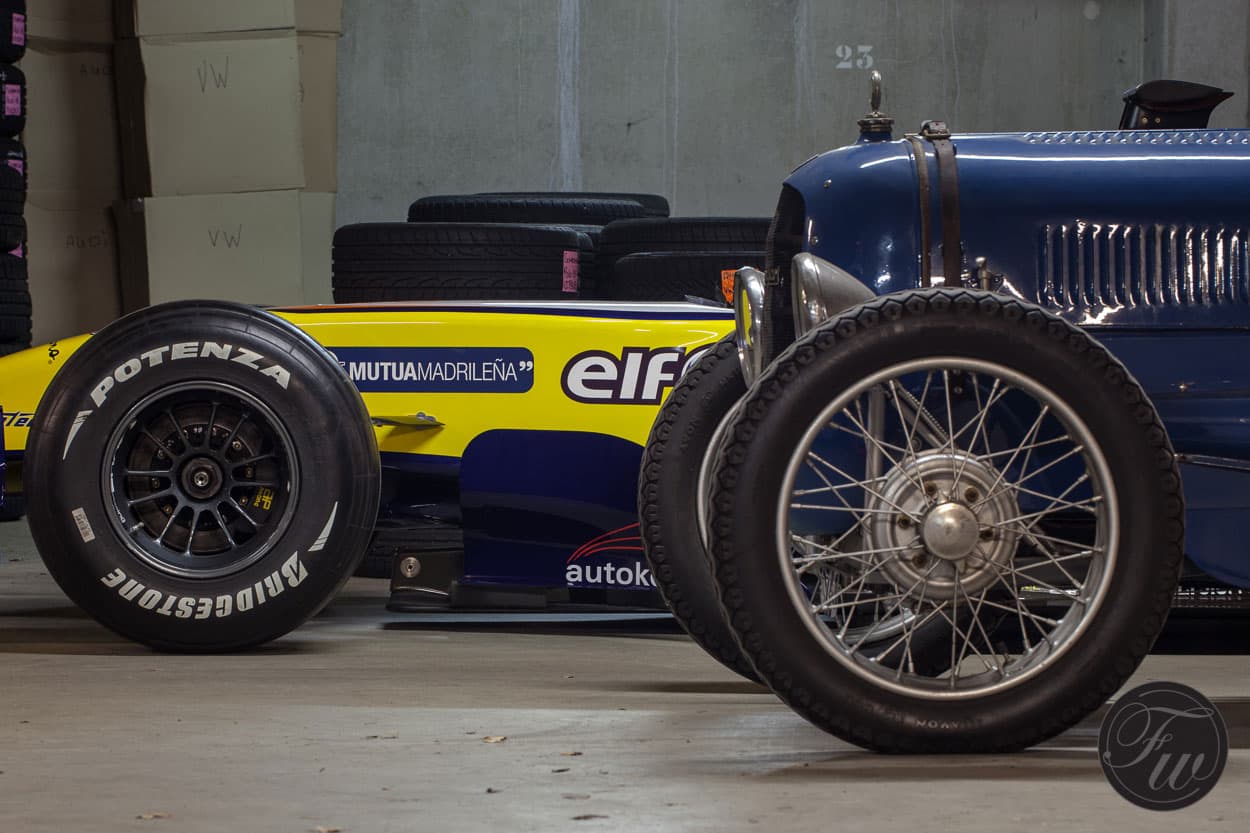 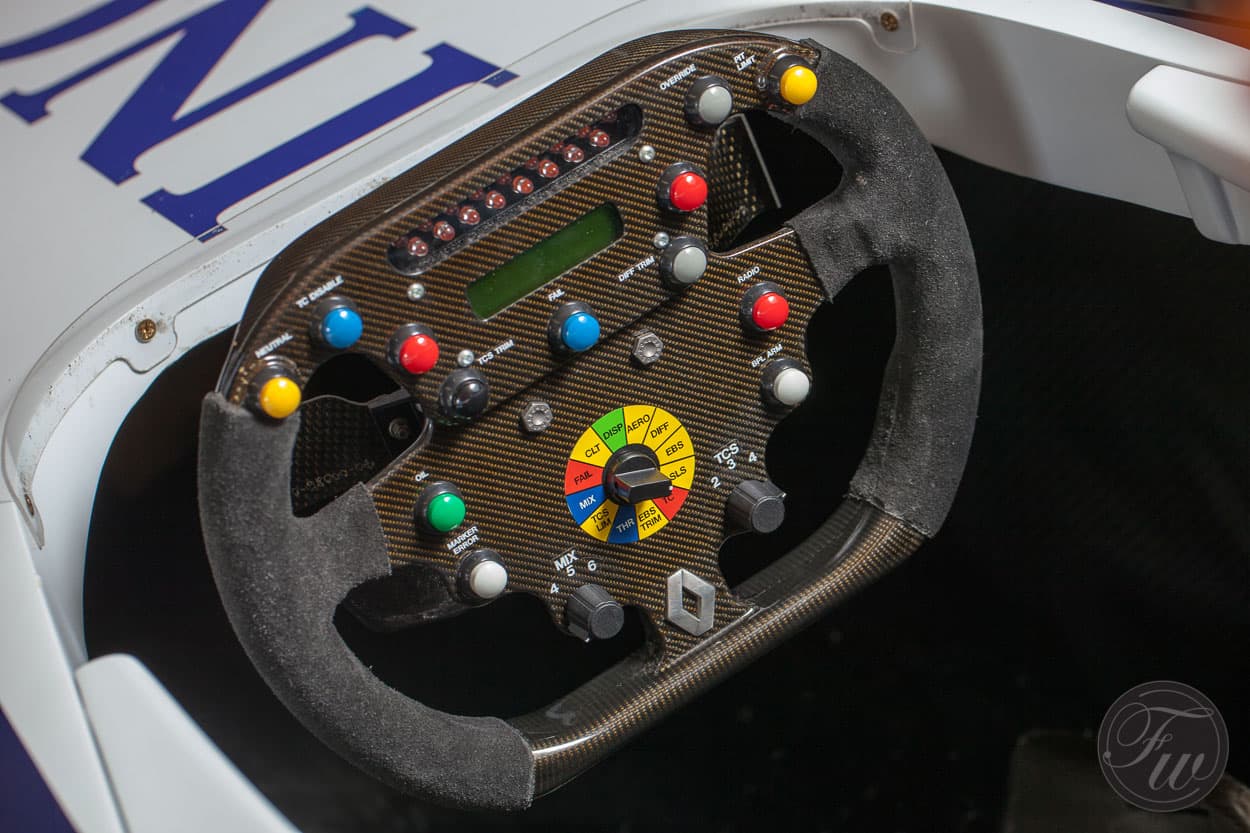 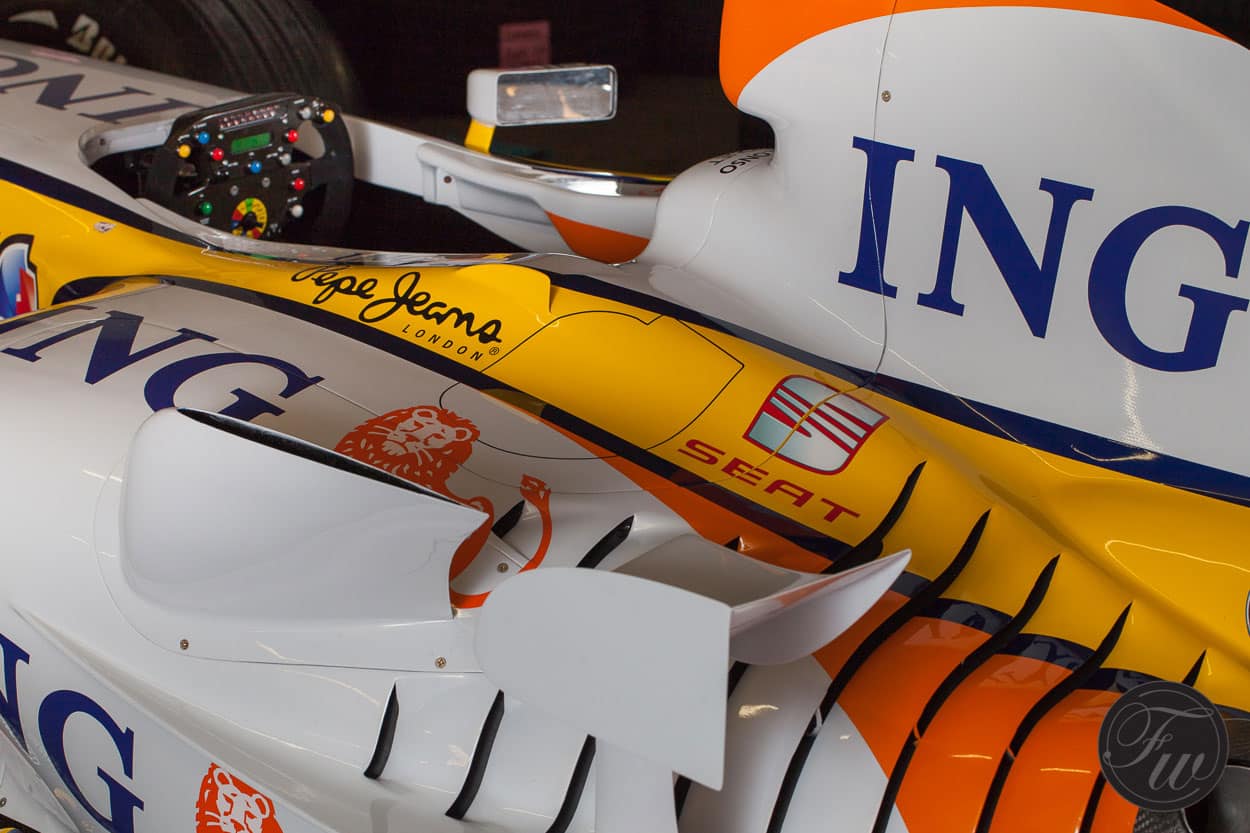 A big thank you to Dennis van Staa, who arranged the watches, cars and location.

Hot Topics
Introducing: The Omega Speedmaster Super Racing With Spirate System
165 comments
Design Vs. Specs — Which Is More Important To You When Buying A Watch?
86 comments
My Predictions For New Omega Speedmasters In 2023
54 comments
The Time To Buy Is Now: How The Current Economic Climate Influences Watch Buying And How You Should React
51 comments
A Regret-Free Guide To Buying Your First Luxury Watch — Part Three: Higher-End Options From Omega, Rolex, Grand Seiko, And More
48 comments
Popular
Grand Seiko SBGA211 ‘Snowflake’ And Why I Didn’t Buy It
Robert-Jan Broer
23
Speedy Tuesday – The Original Omega Speedmaster Ultraman
Robert-Jan Broer
7
You Asked Us: Rolex Submariner vs Omega Seamaster
Robert-Jan Broer
25