Hamilton Releases A 38mm Version Of The Beloved “Murph” Watch

Today, Hamilton releases the Murph 38mm. But let’s rewind for a brief moment to 2014. It was then that Christopher Nolan cemented his reputation as a master of chronology. We had seen the producer/director play with time before in classics such as Memento and Inception. The 2014 epic Interstellar was a movie only he could make. Nolan approached Hamilton and requested two watches. One was a standard Khaki Aviation Pilot Day Date, the other a custom design that would feature heavily as a plot prop. The latter became known as the Murph watch.

Hamilton released the Murph to the public in 2019. It was received with great enthusiasm but was also often criticized for its size. At 42 × 52mm and nearly all dial, it wears very big. 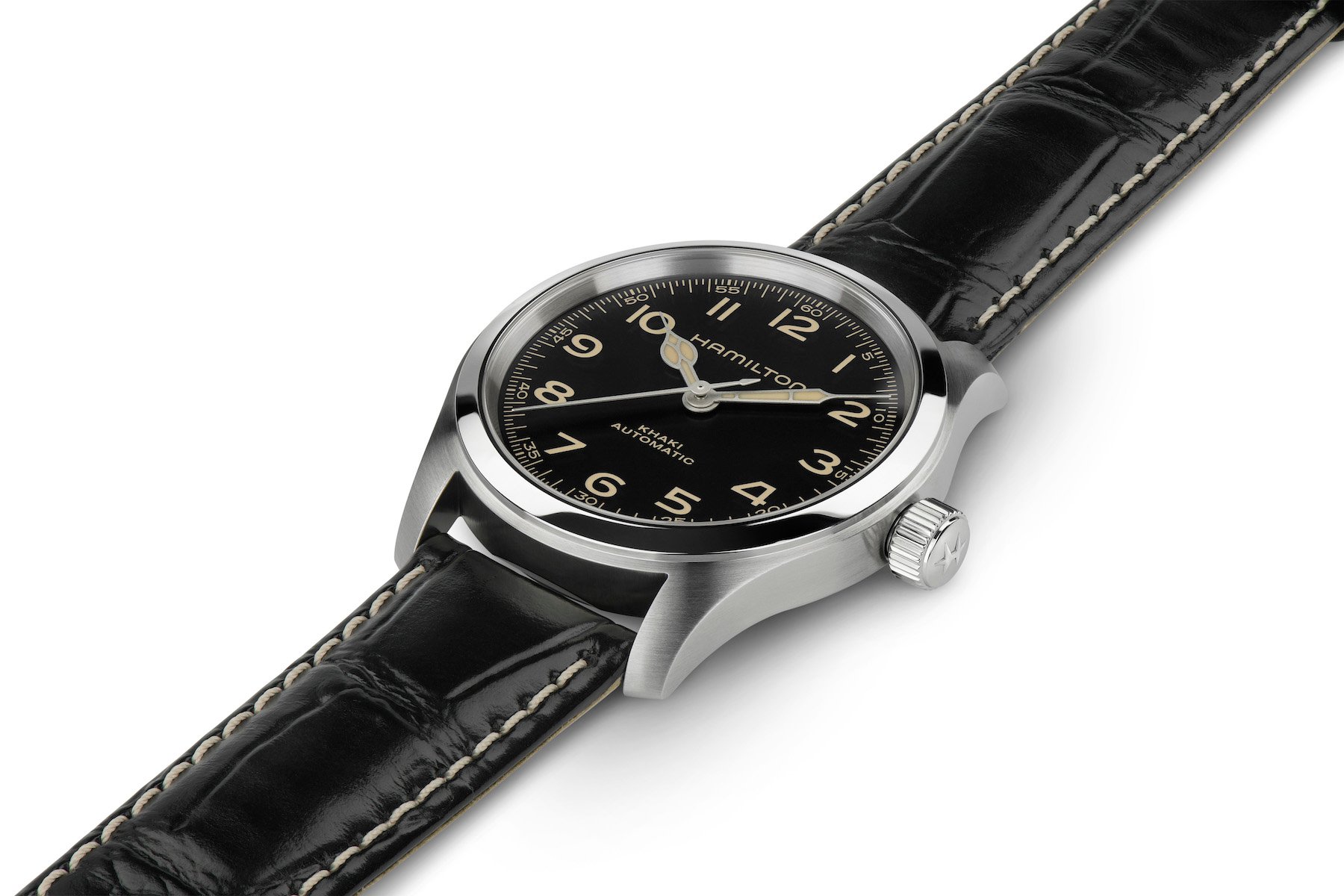 Today, Hamilton addresses the feedback by adding a second size option. Sensibly, the brand went for the currently very popular 38mm diameter. The 42mm version remains in production for those with a taste for bigger watches.

Beyond the size, there are two more changes compared to the 42mm version. For starters, the Morse code on the seconds hand — spelling “Eureka” on the 42mm version — is gone. The prop watch in the movie did not feature it, so you could argue this is more faithful to the original. Secondly, the sapphire crystal has been treated with an anti-reflective coating.

Otherwise, the Murph 38mm is identical to its bigger brother. It is still a time-only watch with aviation-inspired aesthetics. You get a black dial with beige printing and lume. Arabic numerals and cathedral-style hands complete a very attractive and specific look. 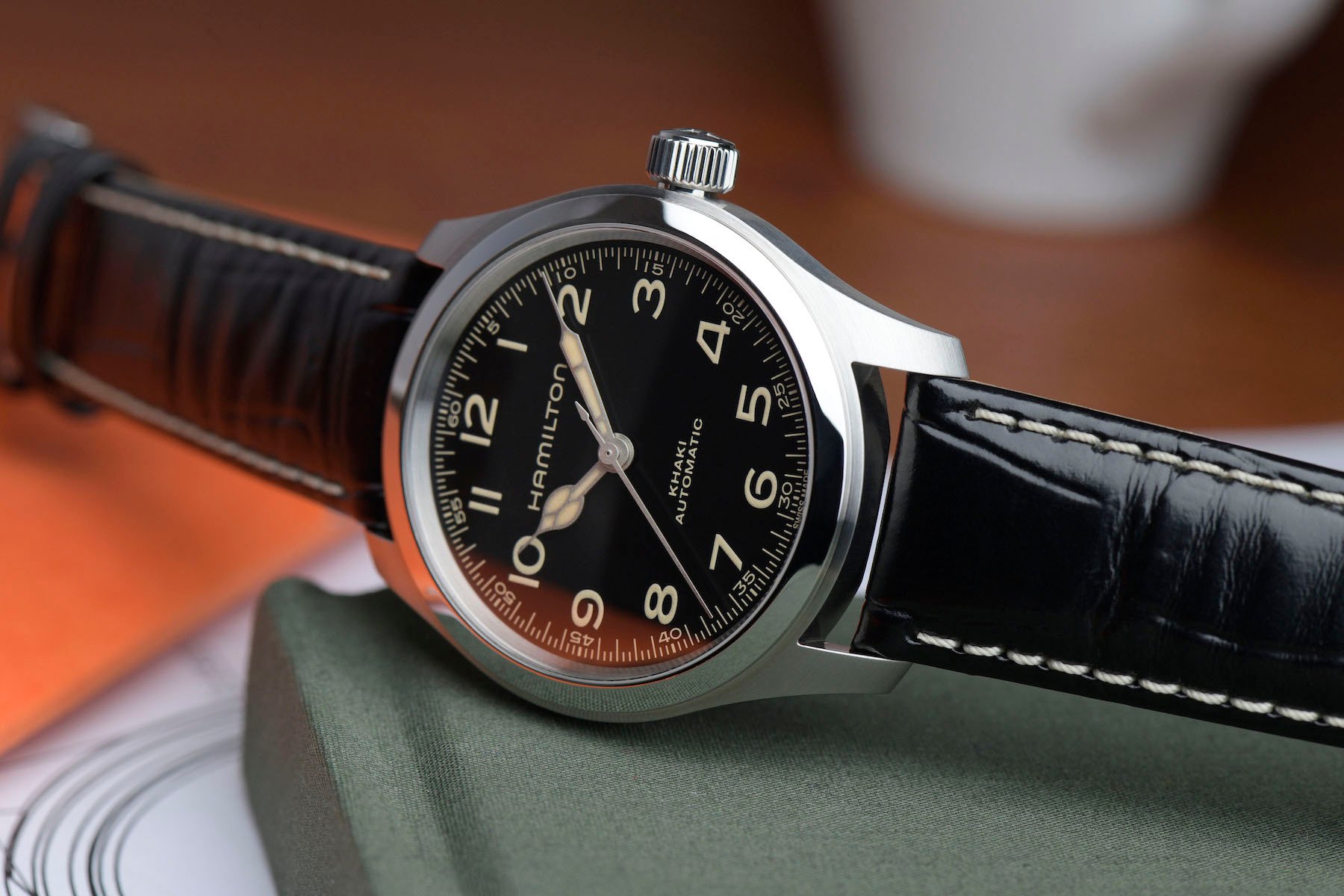 I remember quite casually selecting Interstellar in my streaming app. I am not big on science fiction, and I had not really looked into the film before, so I hit play with zero expectations. Somehow, the it grabbed me, and once the plot unfolded, it even amazed me. I came away thoroughly impressed. It triggered me to watch other Nolan movies and got me considering a Hamilton Murph to boot. It was one of those rare movies that really lingered in my mind for a couple of days.

Cooper, the main protagonist in Interstellar, wears a regular Khaki Aviation Pilot Day Date. He gives his daughter Murph a second Hamilton watch. I am not getting into the plot here, but eventually, father and daughter are able to communicate in Morse code via the seconds hand of that “Hamilton Murph”. The watch, then, is a crucial plot device.

It is easy to see why the Hamilton Murph is so popular. The movie has a devout fan base, and the associated watch is really quite attractive. I can only see it getting more popular now that a more subtle size is available. 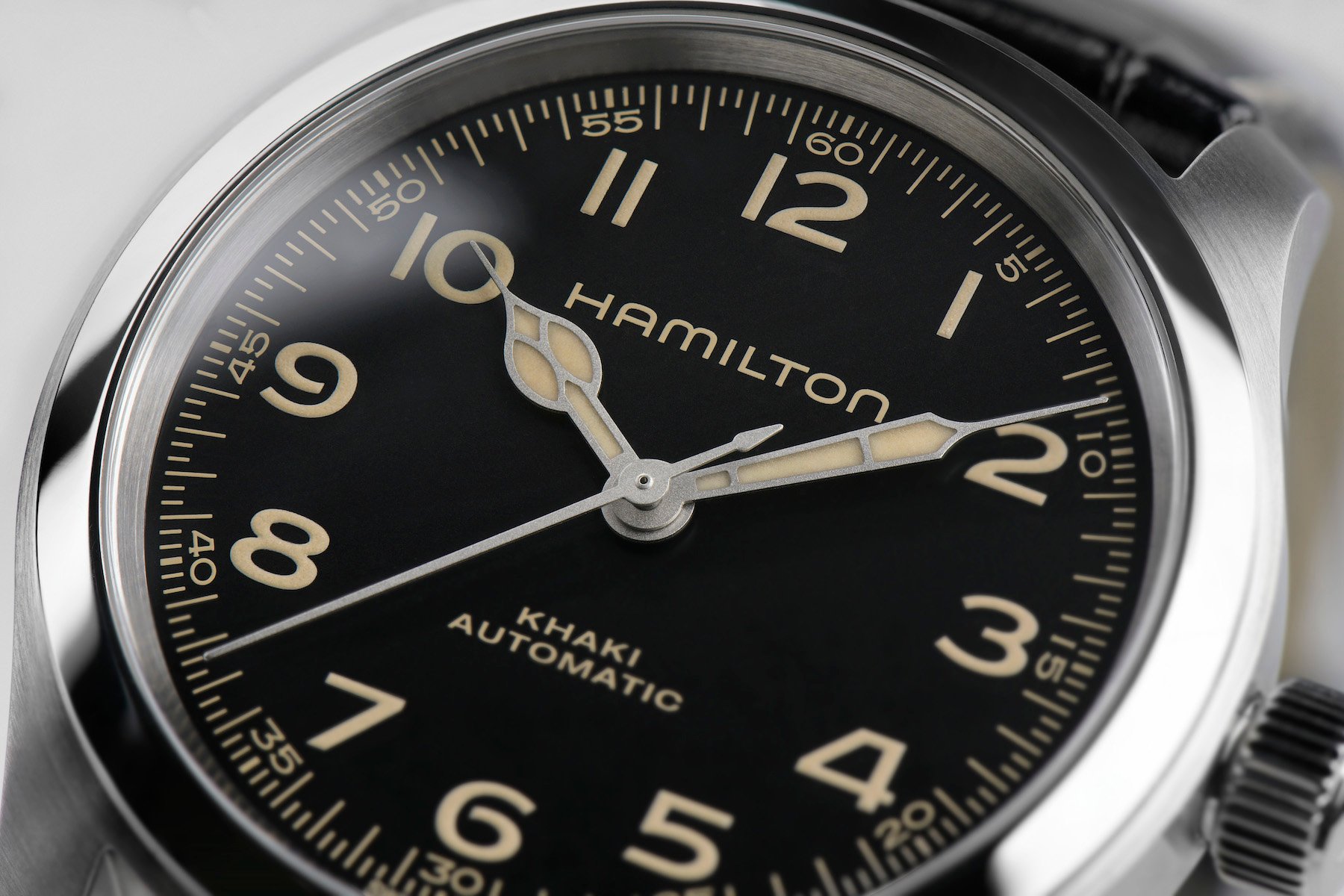 The new Murph 38mm has a length of 44.7mm paired with a height of 11.1mm. I have not had a chance to try it out yet, but that has all the potential to wear like a dream. A 20mm lug width ensures the majority of your strap collection will fit. Handy, as I’m sure the Murph 38mm is a real strap monster. 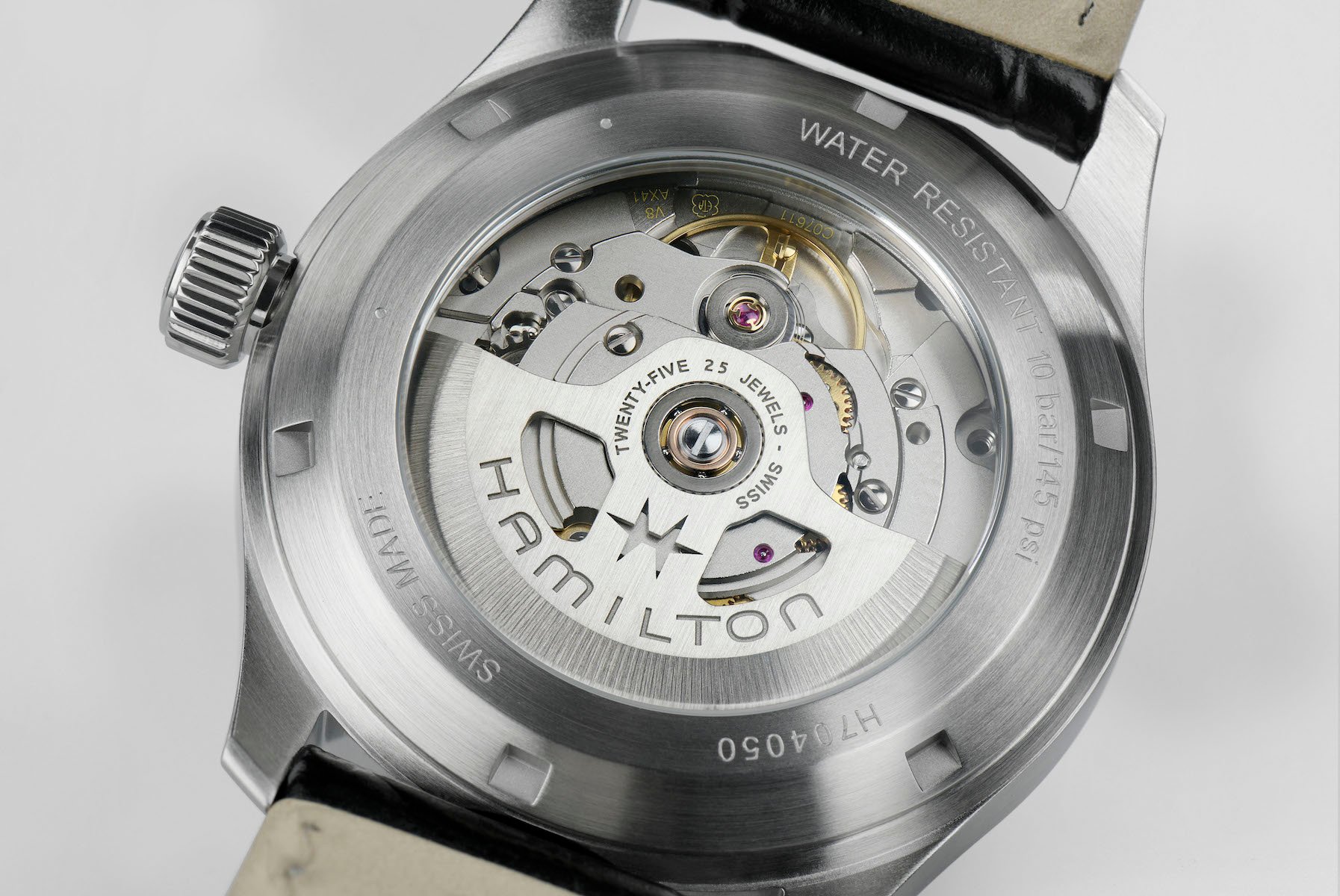 Behind the sapphire display case back, we find the H-10 automatic caliber. It is an evolution of the ETA 2824-2, with an upgraded power reserve of 80 hours. It is operated via the oversized crown. Even though it is not of the screw-down type, water resistance is rated at a very reasonable 100 meters. Topside, we find the aforementioned AR-coated sapphire crystal.

The Murph 38mm comes on the same black leather strap as its big brother. This 20mm croc-pattern strap is fitted with contrasting white stitching.

I can only applaud this move from Hamilton. At this size, this is now a watch I would consider buying. It reminds me of the Seiko × TicTAC 35th Anniversary Limited Edition. It has that same Alpinist/Explorer vibe going on. And to me, that is a good thing. I am a big fan of small do-it-all watches. This now fits that template.

As I said before, I was close to buying the original Murph watch after seeing the film. I am glad I did not. I am quite confident that I would not have worn it because of the size. And with this one now coming out, it would have left me with serious buyer’s remorse. But this Murph 38mm might just lure me back in. I think I’d better keep myself from re-watching Interstellar anytime soon…

The Hamilton Khaki Field Murph 38mm is available now and comes in at CHF 870 / EUR 945 / USD 895. Let us know your thoughts on this release in the comments below.