How Should You Set Your Watch Down Overnight? — Preventing Scratches And Accounting For Positional Deviation

Dear Fratelli, how do you set your watch down overnight? Do you put it in a watch box? Do you put it on a stand? Is it on some kind of table? Or do you simply keep it on while sleeping? Of course, there are many ways to put your watch to sleep at night. As such, before I choose my new watch-storage solution, I wanted to know how my watches would be affected by different storage methods. We’ll go through a few of those effects below.

Now, this hasn’t been a real-life scientific study of everything that can happen to your watches while storing them overnight. Rather, it’s been primarily an online search of what people have to say on different aspects of the topic. I must say, I was surprised at the lack of info I found. Besides a few random forum posts, two or three helpful articles, and a YouTube video, I wasn’t able to find much else. So, as a disclaimer, this is not a definitive guide on how to set your watch down overnight. It’s also certainly not a guide for storing your watches long-term. This is just a quick heads-up on what you should take into account before sending your watch off to its horological dreamland. 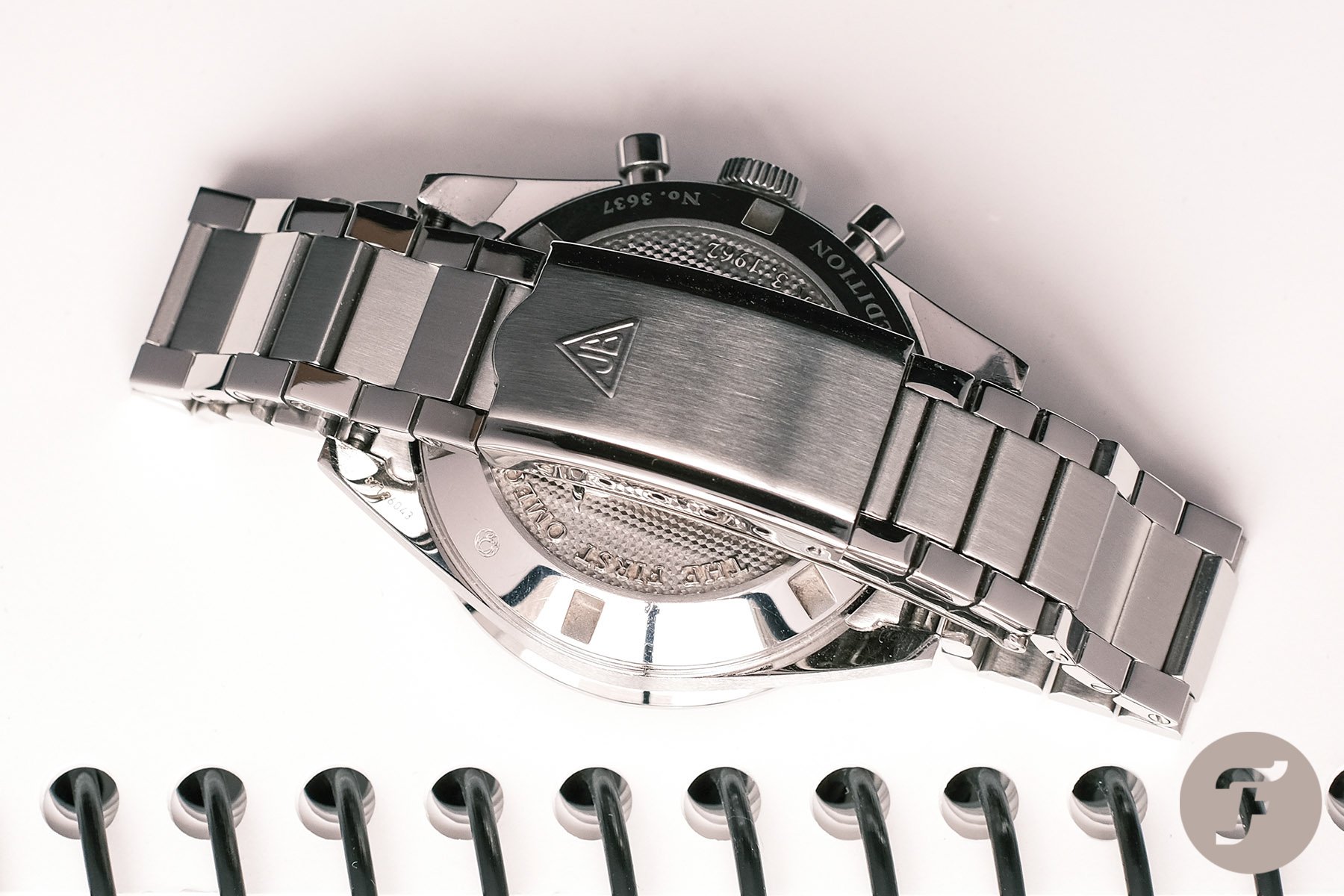 How to set your watch down overnight — The risk of scratches

When talking about how to lay a watch down overnight, many people mention the difference between watches on bracelets and straps. With a strap, there’s not much risk of scratching your case back, simply because the strap’s material often isn’t hard enough to do so. A bracelet, however, could damage your watch’s case back, especially if laid down flat on a table, for instance. Therefore, it’s better to lay the watch on its side or close it around a cushion to protect the case back. Alternatively, a watch stand could be a good solution to help avoid this kind of damage to your watch.

Do you prefer to just set your watch down rather than put it on a stand? Then just make sure the surface won’t scratch your watch. Set the watch on its side and use soft something like a leather watch tray to prevent unwanted damage. 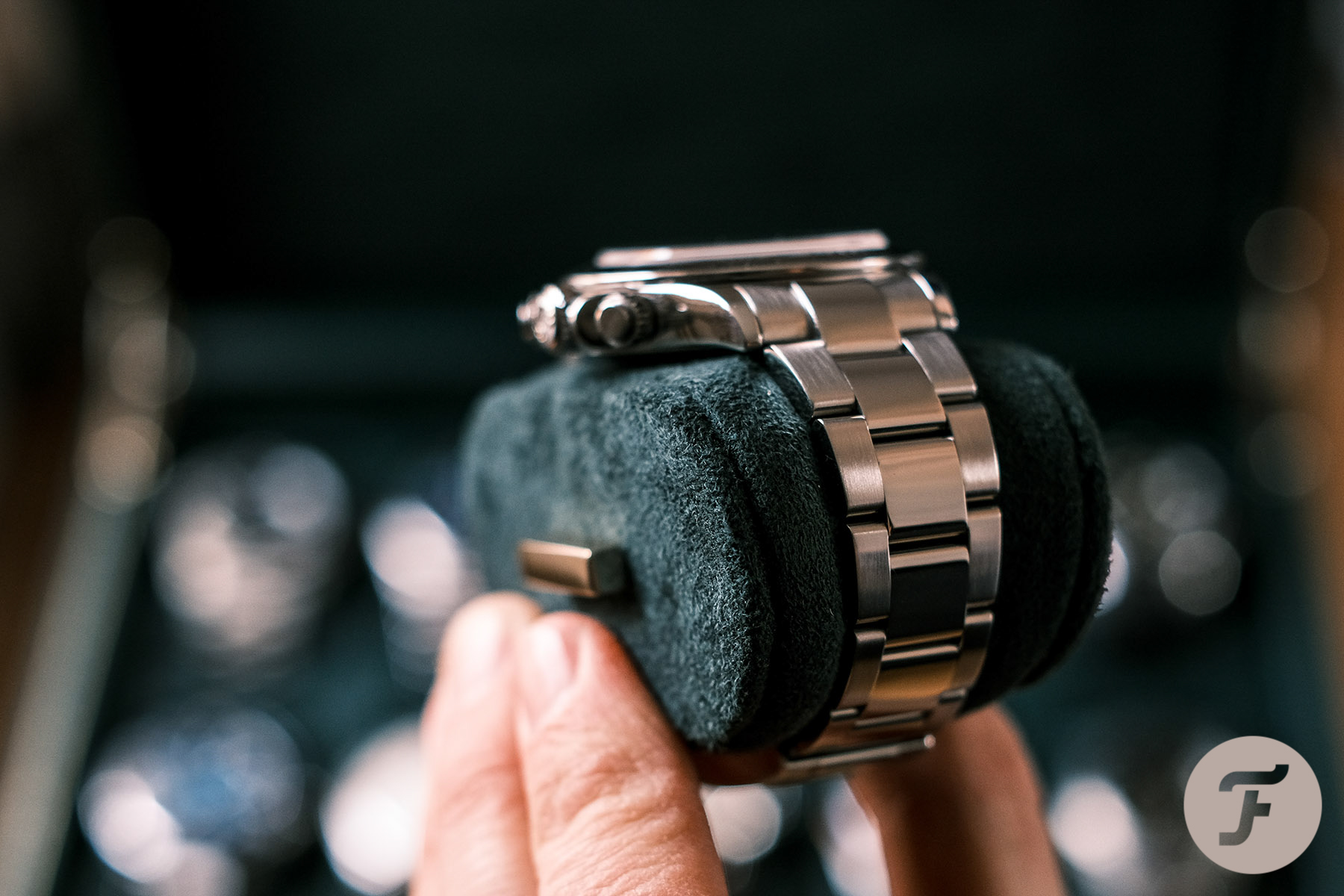 But the point that gets the most attention when talking about overnight watch storage is how the position of the watch can affect its accuracy. Now, this actually isn’t a very big concern of mine, as I wear a different watch almost every day. I kind of see a watch as a piece of clothing, which I also tend not to wear two days in a row. So, when I put a watch on in the morning, I often have to wind and set it anyway. But, of course, there are many people with smaller collections and those who simply wear one watch all day, every day. That’s why I got so many hits on this topic during my search.

What’s clear to me now is that a watch’s resting position can definitely have an effect on its accuracy. That’s why watches have often been regulated in multiple positions. But why does a watch’s resting position matter so much? Well, that’s because a mechanical watch movement consists of many small moving parts, and all those moving parts are affected by gravity. The most important part that’s being affected is the balance wheel — well, unless you own a tourbillon, that is. 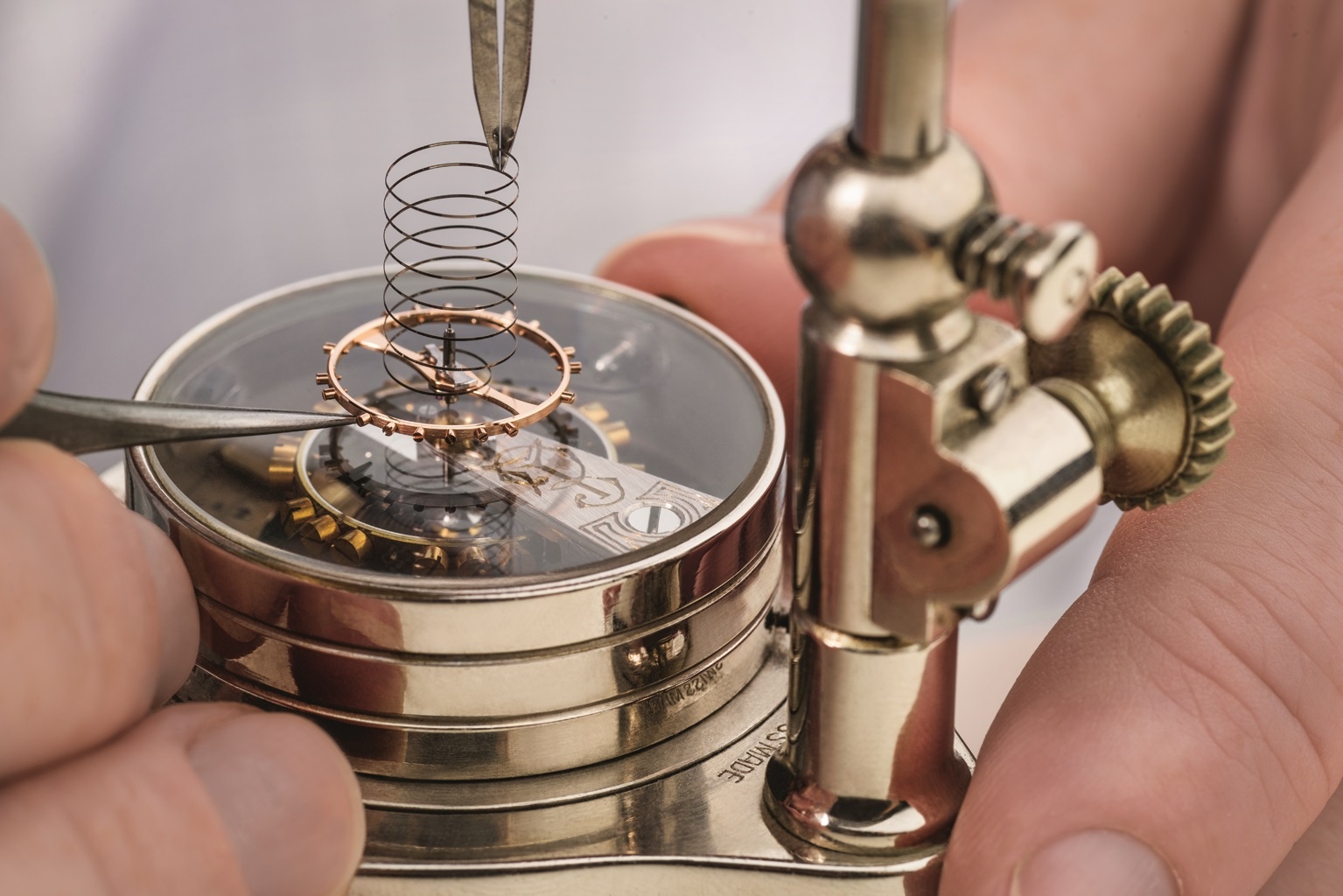 More or less friction on the balance wheel

I’ll try to keep it simple here, not because I think you won’t understand, but because I am not a watchmaker myself. Admittedly, I only have some basic knowledge of the workings of mechanical watch movements. The balance wheel plays a big part in the accuracy of a watch. It usually hangs between two bearings, and that means there is some friction there. But the position of a watch can actually determine whether there is more or less friction. A horizontal position will often lead to less friction than when a watch is laid on its side. The less friction there is, the faster the watch will run.

So, if your watch is usually running slow, then it might be a good idea to try and store it dial-up or dial-down. This will cause the balance wheel to have less friction, and it might allow your watch to lose less time overnight. The other way around is also true.

If your watch is running fast, it might be a good idea to store the watch on its side. This will cause more friction and will slow the movement down. But here comes the tricky part — which side should you set the watch down on? Should it be crown-up, crown-down, crown-left, or crown-right? In this video, Dave from Just The Watch shows that in his case, all of his watches have their own preferred position. Rolex actually used to include advice pertaining to this in its warranty booklet. Nowadays, Rolex leaves these instructions out, likely because its Superlative Chronometer tests are so stringent. Modern Rolex watches, when leaving the factory, should not deviate more than ±2 seconds per day. But that doesn’t mean they can maintain that forever, and it certainly doesn’t mean the resting position doesn’t influence accuracy anymore.

How to set your watch down overnight — Final thoughts

As I said earlier, I’m actually not that worried about the accuracy of my watches. But after having learned the above, I’m certainly going to pay more attention to it. I might even start recording how my watches are performing. Based on the results, I can then try to influence a watch’s accuracy by adjusting its resting position at night. It could be a nice experiment to learn a little more about my own watches. And in the meantime, I can further my knowledge of how those movements actually work.

Regarding scratches, I was already aware of that, and I do try to take it into account every time I put my watches down. However, I must admit that I do sometimes lay my braceleted watches down flat on the table. I should really try to be more cautious in that regard. But what about you? Did you already know all this? Do you take both accuracy and scratches into account when storing your watches overnight? Let me know in the comments.

Later on, I’ll write an article on the storage solution I went with and what influenced my decision in the end. Stay tuned!

Hot Topics
Introducing: The New Seamaster Professional 300M 60 Years Of Bond — With A Special Animated Case Back
105 comments
Are You Still After An Omega × Swatch MoonSwatch?
85 comments
It’s Time To Invest In A Dress Watch — Our Picks From Breguet, Omega, Grand Seiko, And More
72 comments
The Rolex Waitlist Conundrum — How Much Will The Price Of Your Watch Increase While You Wait?
50 comments
The Best Omega Speedmaster Watches Of 2022
40 comments
Popular
Top 10 Rolex Watches – Overview of Models Favoured By Our Readers
Fratello
24
Grand Seiko SBGA211 ‘Snowflake’ And Why I Didn’t Buy It
Robert-Jan Broer
22
Two Patek Philippe Nautilus Watches: 3700/1A Versus 5711/1A
Robert-Jan Broer
16