With a design inspired by Japanese zen gardens, so you could call this a proper zen watch
Daan de Groot
comments 19
Share

To me, watches are a way to stop the world around me for a moment. Choosing which watch to wear in the morning, winding it, setting the time… All of this gives me a moment to stop running on the way to my kids’ daycare, then school, and eventually, the office. The same happens when I glance down at my watch during the day. I don’t necessarily look at the time. However, I often catch myself looking at my watch when I’m searching for the right words, for example. Somehow, a watch can put you into a different state of mind. The people at Grand Seiko really understand this principle in a way that no other brand does. The design of their new limited edition for the European market, the SBGY027G “Karesansui”, will even take you to a state of total zen.

Last year, Grand Seiko introduced the SBGW267 and SBGW269. Those watches were inspired by how light plays with Japanese architecture. There was a lighter and a darker version to represent the color of the morning or evening light when it hits a shōji, “a moveable paper screen which is placed where it can diffuse light to maximum artistic effect.” Well, this year’s SBGY027G is inspired by Japanese dry gardens called karesansui. They’re often made up of white sand or gravel, and they’re all about how the sunlight plays with the wave pattern deliberately created with a rake. The designers at Grand Seiko have done their best to recreate the calmness that these gardens emit. Let’s sit down and take a good look. 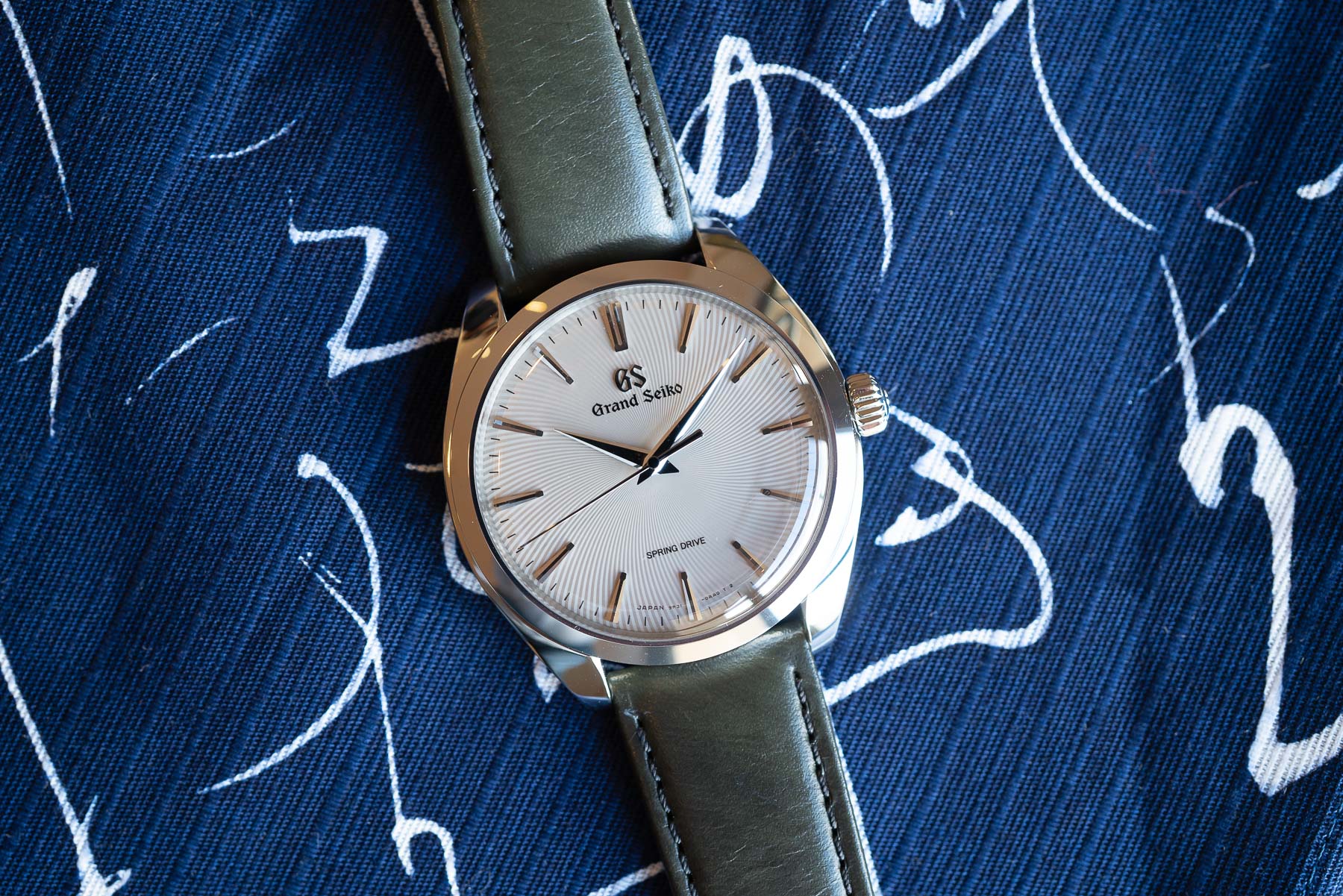 Because that’s exactly what the chief monk at a temple does on the porch of his residence. He sits down on a particular end of the “zen garden” and observes how the sunlight plays with those grooves. And no, you’re not supposed to set foot into the garden. It’s merely there to look at as a means to soothe oneself. There could be some rocks placed in the middle of it or some water around it. However, the main exhibit is always the raked sand. And those grooves are there to imitate how water flows and to represent the essence of nature. The purpose of the karesansui is to help monks and other people meditate while they’re sitting next to it. 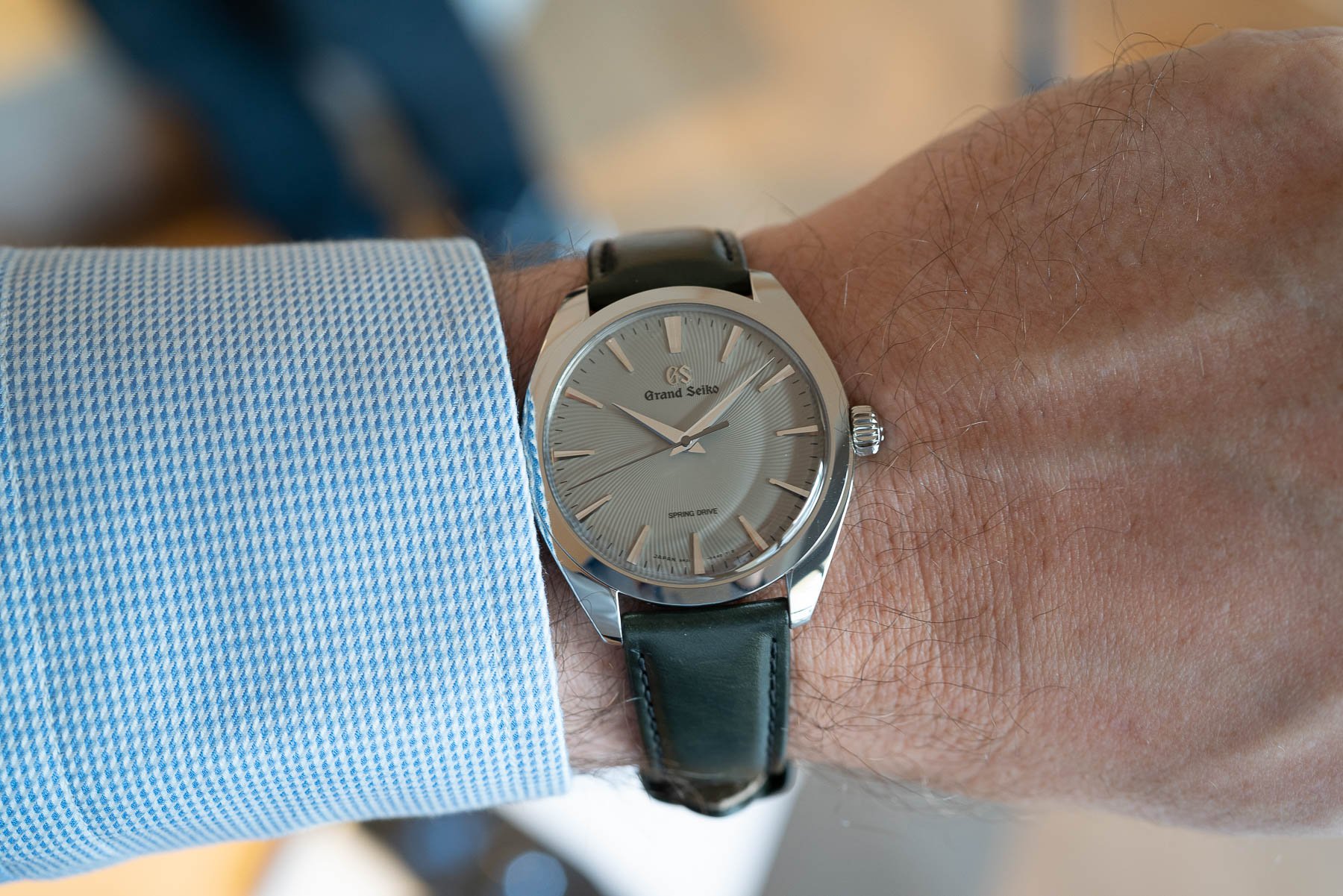 And when you look at the SBGY027G’s dial, you immediately see the resemblance with the patterns in the sand. The grooves gently swirl away from the center of the dial. They’re microscopically fine right at the center and become more pronounced towards the edge of the silver dial. Well, the silver color, as you can see in the hands-on pictures, plays very nicely with the light, just like in those zen gardens. From a certain angle, the dial might look truly silver, but from another, it almost appears dark gray. This is a magnificent effect that once again speaks to the dial artistry of Grand Seiko.

The rest of the dial is kept quite clean with only the logo and brand name at the top and the Spring Drive indication at 6 o’clock. In addition, the iconic razor-sharp hands and indices have been kept as simple as possible (for Grand Seiko, that is). That means there’s no lume to distract you here. The 38.5mm case has quite an organic shape and measures 10.2mm in thickness and 43.7mm from lug to lug. This includes the domed sapphire crystal that also follows the shape of the fully polished case. The proud bezel on top adds a bit of character, but overall, I’d say this is more of a dress watch than a sports watch. As such, it comes on a very nice smooth green leather strap.

Inside the Grand, Seiko Karesansui is the 9R31 Spring Drive movement. This caliber requires hand-winding, of course, because that’s the way to soothe yourself every morning when you get up. That said, you could go without winding the watch for about three days thanks to its 72-hour power reserve. And you certainly don’t have to worry about running out of power because you can always check how much is left via the indicator on the back of the movement.

And of course, Grand Seiko chose to go for a Spring Drive caliber for its zen watch. The second’s hand of a Spring Drive movement runs so smoothly over the dial that it’ll hypnotize you into a deep sleep. And its accuracy of ± 1 second per day — ± 15 seconds per month on average — will ensure you arrive on time for all your important meetings (or at least let you know how late you are). 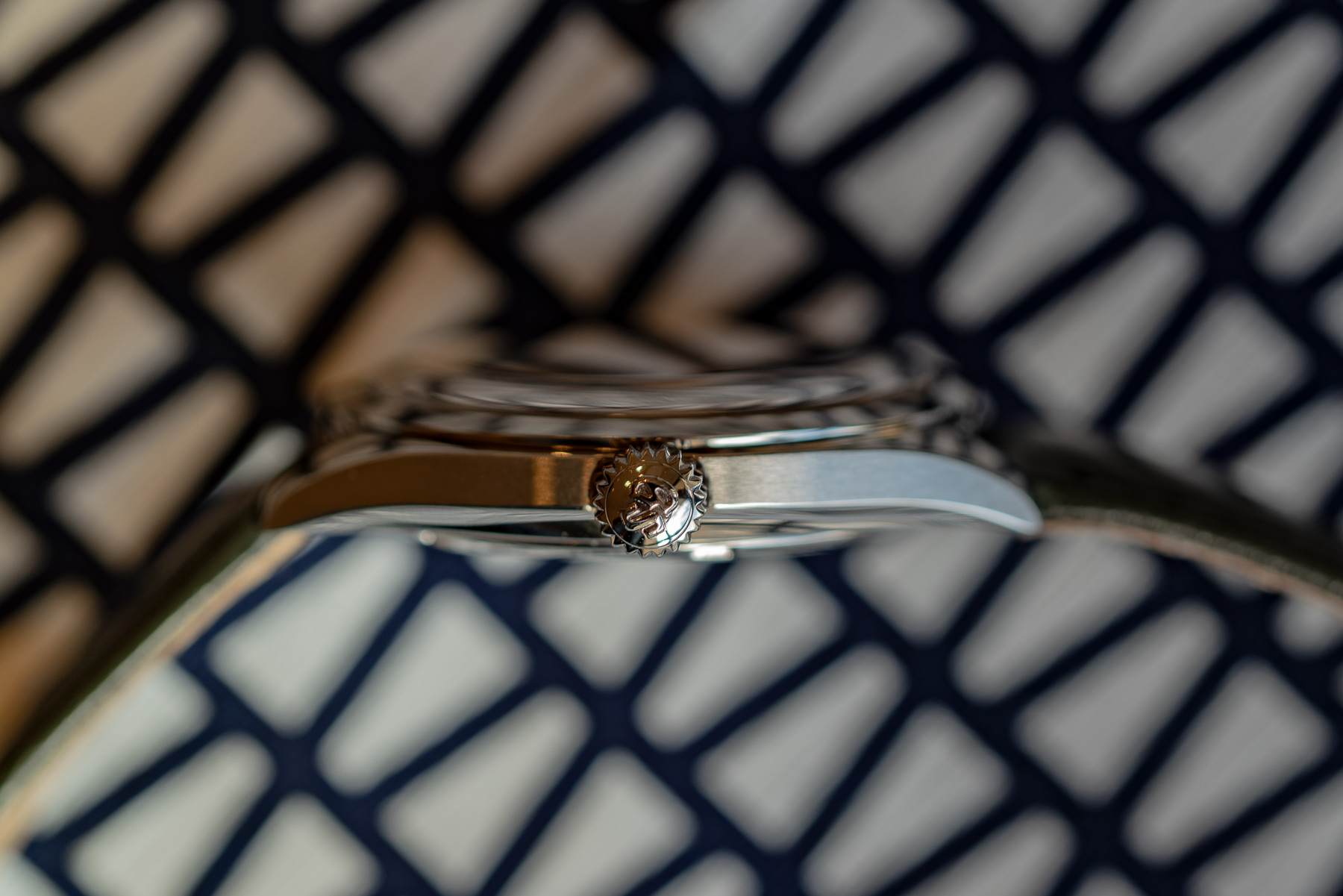 All in all, I think Grand Seiko has done a great job here in designing a very soothing watch. It has a well-proportioned construction, and there are not too many frills, so it won’t distract you too much during your meditation sessions. But the swirling pattern on the dial is beautifully done. It brings calls images of those meticulously raked Japanese sand gardens to mind.

The Grand Seiko Karesansui (SBGY027G) will be limited to 100 pieces. The watch will be available in Europe only through the Grand Seiko boutique at Place Vendôme in Paris and various authorized retailers as of January 2023. It will carry a retail price of €9,200. Please visit Grand Seiko’s website for more information.

Let me know what you think of Grand Seiko’s new zen watch in the comments below.