Stunning Variation On The IWC Pilot’s Watch – The Spitfire

The IWC Pilot’s watches were always amazing tool watches. At some point, like many other brands, IWC decided to bring more variation to the game: enter the IWC Pilot’s Watch Automatic Spitfire.

Since 1948, IWC delivered its Pilot’s watches to the British Army and Navy and the Mark 11 with its caliber 89 movement is being regarded as an icon. Over the years, IWC continued to develop and innovate their Mark watch and today we are looking at the Mark XVII in their collection. Not the 18th iteration, as after the Mark 11, Mark XII followed. Besides the classic Pilot’s watches, like the Big Pilot, Chronograph and Double Chronograph, IWC also introduced their Spitfire Mark-series based on that collection. At first, this was a more frivolous designed version of the classic Pilot’s. Not my cup of tea to be honest and I always prefered the regular Mark-series for example.

But if you look at their Pilot’s Watch Spitfire collection today, that’s a different kind of story. I might even prefer the Spitfire series over the regular Mark models. Let me explain why.

Although I still like the original Mark model, the Mark XVIII that is in the collection today, the Spitfire appeals a bit more to me because of the use of an in-house movement (caliber 32110), the size of the watch (39mm is just so perfect), but I also prefer the use of yellow-ish colors for the hands and some of the hour markers. Some dislike it, as it is ‘faux patina’ and thus implying something it is not (which is vintage), but from a design perspective, I do love the warm colors a bit more. There is still enough contrast to properly read the time, but the watch has this more ‘military’ look to it with these non-white colors. What I don’t particularly fancy is the ‘Spitfire’ on the dial, in red.

The finishing on the case of the IWC Pilot’s Watch Automatic Spitfire, or basically about any IWC watch out there, is pretty good. For me, this is often what makes the difference between watch brand that’s serious about its products and those who are not. The satin-brushed parts are nicely done and the facets on the lugs are polished. The Spitfire also found its way on the case back, as you can see below. No view on the in-house movement, but a nicely engraved Spitfire. I think it would have been sufficient to keep the Spitfire on the case back and refrain from printing the name on the dial. However, I am pretty sure that many fans will have a different opinion of course. 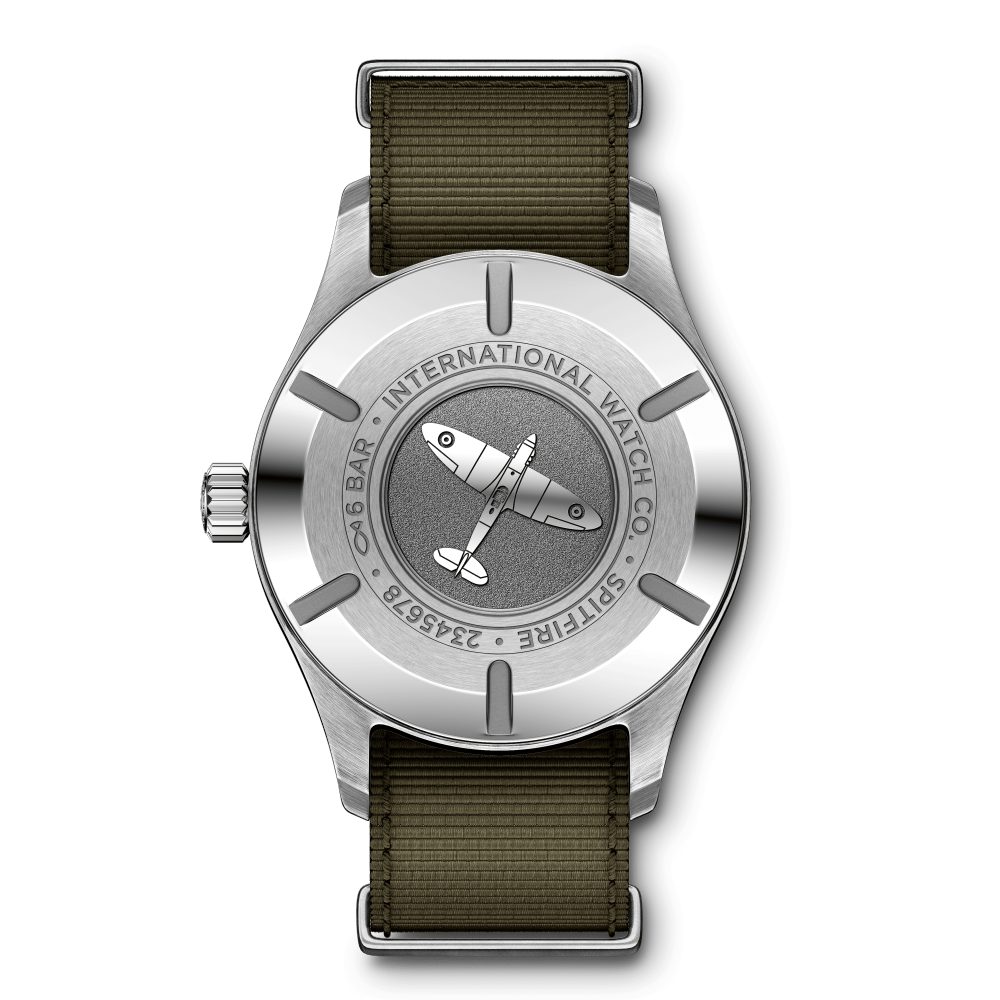 The case back also shows the fine quality of finishing and the differences between the surfaces. This isn’t new for thisIWC Pilot’s Watch Automatic Spitfire of course, but I do feel I should mention it (again). The 39mm case diameter and the modest size of the crown make it a comfortable watch on the wrist. Although the Mark XVIII is 40mm, previous Marks were in 36mm, 38mm and 39mm. The Spitfire takes it one step back from the Mark XVIII and is in 39mm.

Bronze is still hot it seems. Panerai (well, Gerald Génta to be honest) set the trend for bronze some years ago, and although I don’t think it particularly belongs to the more expensive watches, it sure does look good. With the price point of the IWC Pilot’s Watch Automatic Spitfire, I think the price and the bronze case still makes sense. The dial of the bronze version is green, which really goes well with the bronze color. Also here, you will find the Spitfire printing on the dial.

The bronze IWC Pilot’s Watch Spitfire comes on a calf leather strap and has a higher list price. You will have to add 600 Euro to the price of the steel version to own this bronze edition.

IWC used different movements for their Mark series and Spitfire editions. Where they used the hand-wound caliber 89 for the Mark 11, the Mark XII used the Jaeger-LeCoultre 889/1 movement (and dubbed it IWC caliber 884). Later on, starting with the Mark XV (which came after the Mark XII) the movement changed from the JLC based automatic movement to the famous ETA2892-A2 caliber. IWC called it their caliber 37524 and made some changes to the construction as well as the finish of this movement. The Mark XVIII uses caliber 35111, based on the Sellita SW300-1. You can say the IWC Pilot’s Spitfire watch has a slight advantage here, using their own movement for a price difference of 200 Euro. The Sellita sure isn’t a bad movement, but I dare to say I prefer an in-house IWC movement for this small difference. The IWC caliber 32110 has a power reserve of 72 hours over the 42 hours of the Sellita based caliber for example. 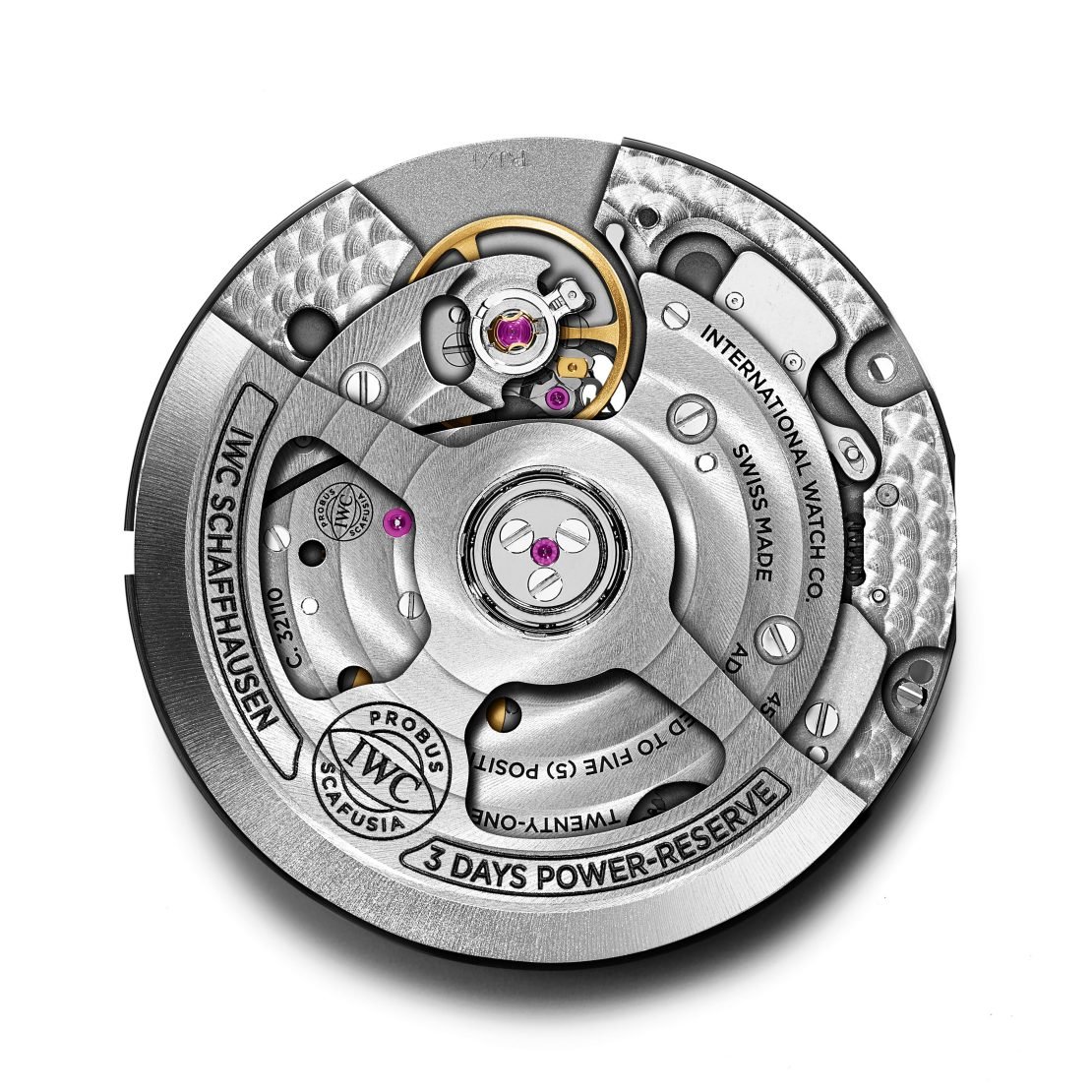 This year is IWC’s focus on their Pilot’s collection. My absolute favourite is the Big Pilot Le Petite Prince that I covered in this +2000 words article, and not even because it is a tourbillon watch, but because of that little fellow on the Moon disc. During a recent IWC boutique opening in Amsterdam, it also became clear once more that the IWC Pilot is such an important watch for the Schaffhausen company. The link with the Spitfire seems a bit thin at first, and perhaps it is, but IWC did (also) deliver watches to the RAF and is now in the progress of supporting the Silver Spitfire (The Longest Flight) that will do 43.000 kilometers (starting this August) and visiting multiple countries. This particular Spitfire was built in 1943 and restored boasting this very cool silver finish. 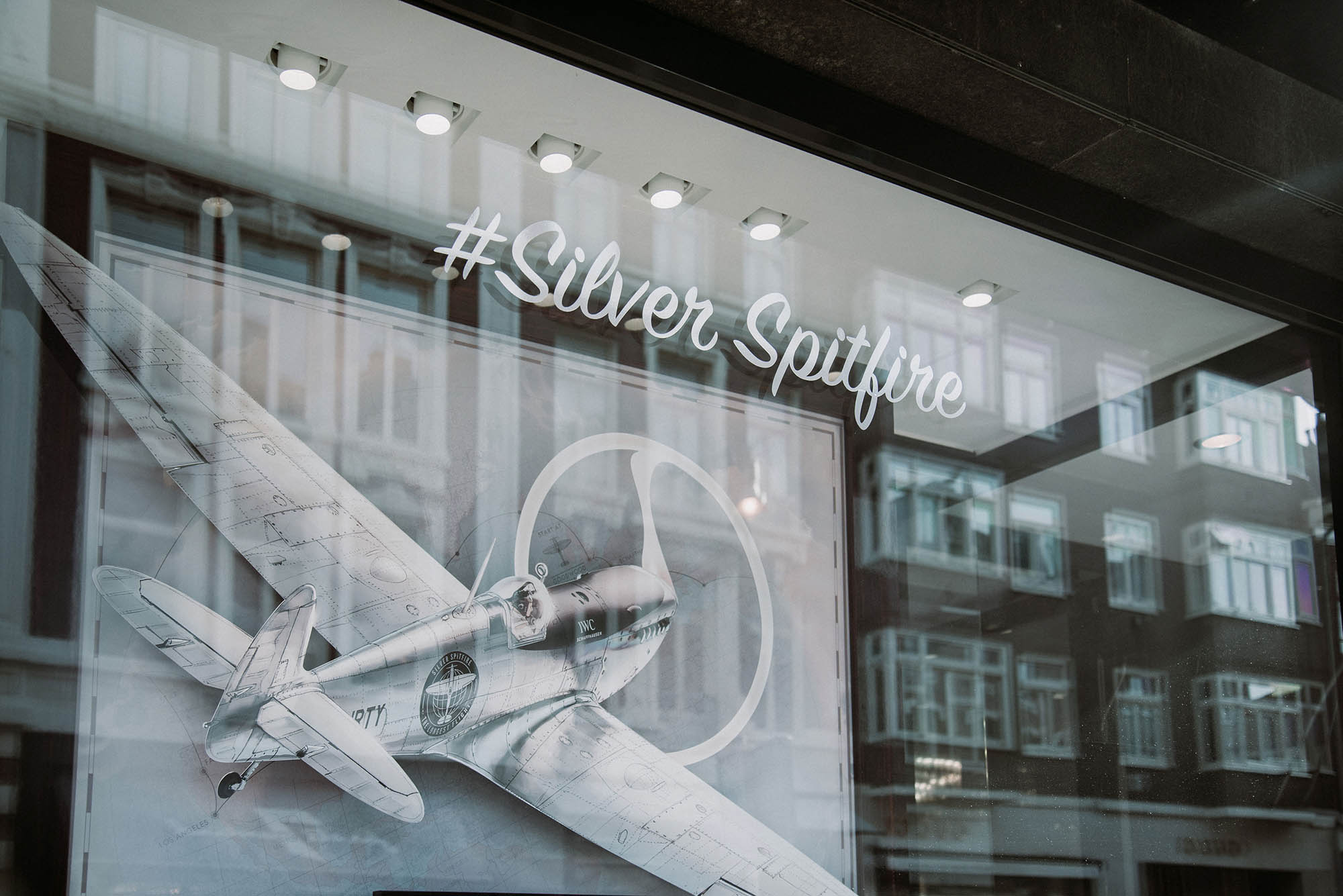 For €4900 you will buy yourself a pilot’s watch with great and significant history. But more important though, is that it ticks a lot of boxes. The size is pretty good and suits most wrists, then there’s the beautifully designed dial and the use of their in-house caliber with 72 hours of power reserve.

The steel version comes on a green textile strap as you can see in the images, but you can add any 20mm strap to this watch if you want.

It is a no-nonsense watch, although I am not super keen on the Spitfire printing on the dial. But that wouldn’t be a dealbreaker for me. IWC has been the master of storytelling for a long time now, but the link with the Spitfire is not overly convincing for me. The press release quotes IWC CEO Grainger-Herr “Just like the Spitfire, our watch collection of the same name also perfectly combines form and function.”. Well, I would have put a bit more effort into making a real connection with the Spitfire or a story from the past where IWC perhaps played an important role for a Spitfire pilot. But, just this minor point of critique aside, the watch is pretty good and I can’t think of another pilot’s watch in this price range that is more convincing. An IWC Pilot’s watch is the one to have, be it the normal Mark XVIII, Spitfire in steel or in bronze, that’s up to you. My vote goes to the steel version of the IWC Pilot’s Watch Spitfire.