For a long time now, I’ve been keen to see the artificial aging for which Laco has become renowned firsthand. I’ve seen it on photos. I’ve heard tell of its authenticity. But until now, I’d never had the chance to study it up close. The model that finally gave me the insights I’d been craving was the Laco Kempten Erbstück, a 39mm flieger-style watch sporting the brand’s famous Type B dial.

I’ve always preferred the Type Bs to the Type As. I frequently talk about it (so forgive me if I’m boring you on that, or any front). While I appreciate the cleanliness and clarity of the Type A 12-hour layout, there’s something refreshingly complete about the Type B (that places the 5-minute markers in the prominent position normally reserved for hour markers and shifts the 12-hour scale to a small, central ring). I like how it gives the impression of imperativeness — every minute counts. In comparison, the Type A is a languid style. The kind of fighter pilots I like to imagine wearing watches of this nature are hyperactive risk-takers that live by the second, not by the hour. 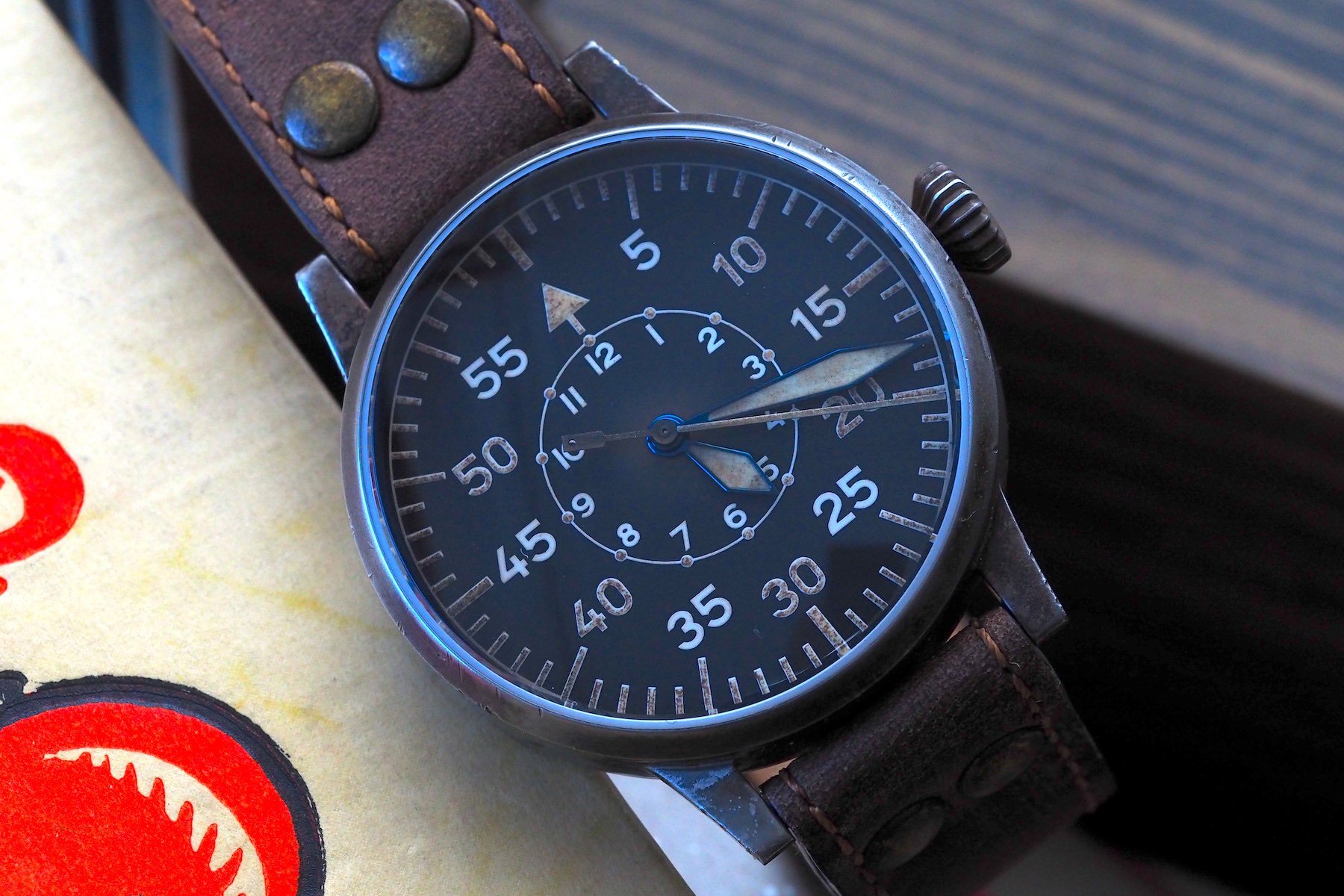 I’ve got a couple of Laco watches in my collection. This one is just a loaner, but it was well worth borrowing for a few weeks because it presents the brand in a different light. I own the Laco Squad Amazonas and the Laco Würzburg. The former is worlds apart from this model (although it does have the finest bezel — bar none — I’ve ever encountered so is worth checking out in G’s review here). The latter, however, is much more similar in spirit.

In fact, had I not had the chance to borrow the Kempten Erbstück, I would have continued to assume, erroneously, that the Würzburg, the Kempten Erbstück, and, to be honest, the entire selection of Laco’s pilot watches were pretty much the same. They are not. There are differences riddled throughout the range that I’d completely missed. And some of them are surprisingly major. 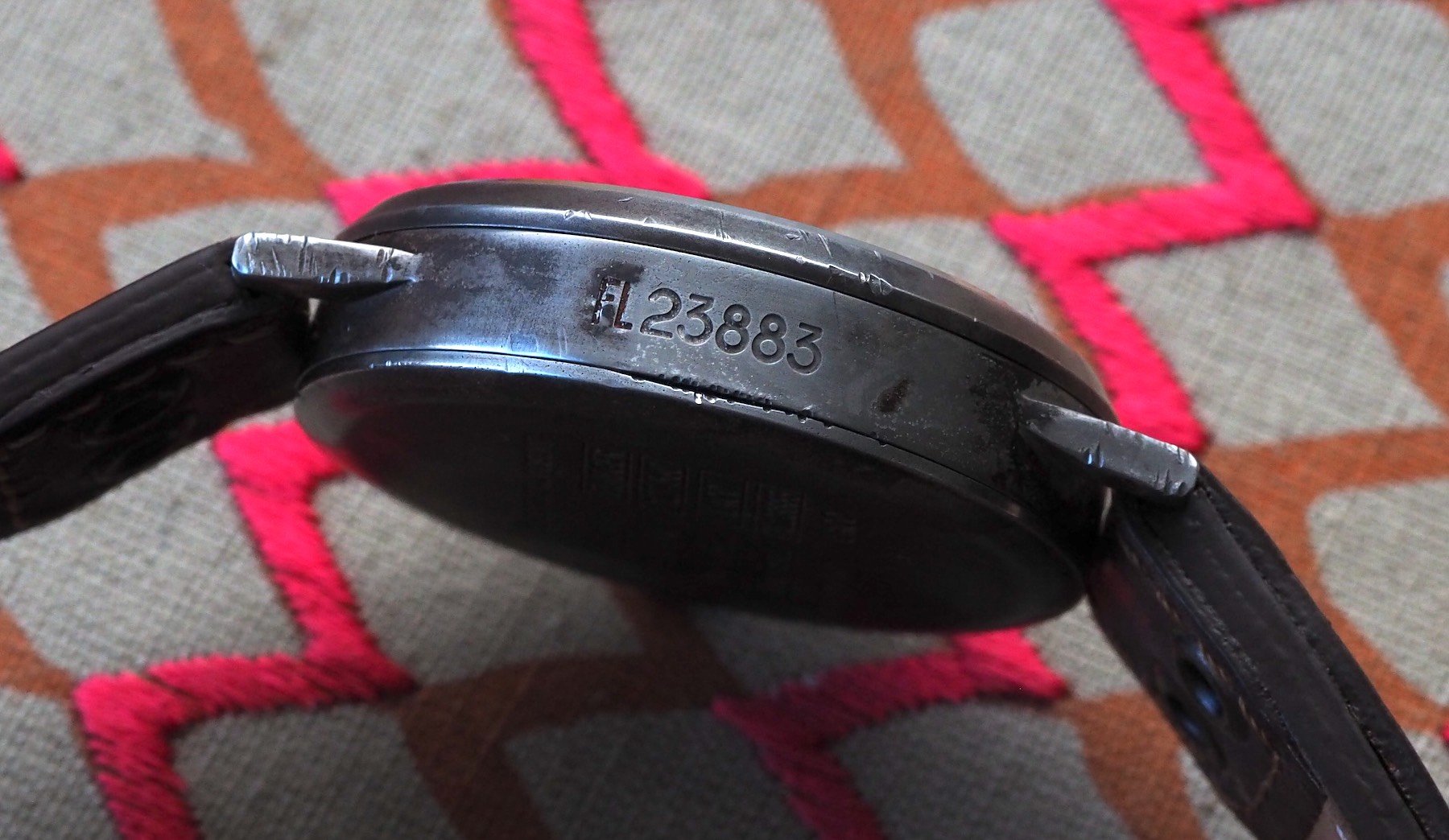 It’s all about the lugs

Laco has two distinct collections of pilot’s watches. There are the Basic models and the Original models. The Basic range uses a more modern case shape with swooping lugs. These models are powered by cheaper, Asian movements. The Original Series, however, uses short, flat, stubby lugs that project from the case parallel to the case back. Powering these models are Swiss movements.

This style of lug echoes the welded lugs that might have been attached to existing pocket watches in the past. As such, in profile, the watch has a very “layered” appearance. Accentuated by the aging effect (which I’ll get to in a moment), the sense that the components have been cobbled together is kind of charming. When you hold the watch in your palm, you really feel like it’s seen some action and lived a hard life. It feels more like an artifact from a bygone era than anything else. And that, I suppose, is entirely the point.

Bizarrely, my Laco Würzburg has a case more similar to the basic models which is, I imagine, one of the reasons I hadn’t appreciated how striking a visual the Original Pilot’s watches from Laco offer. 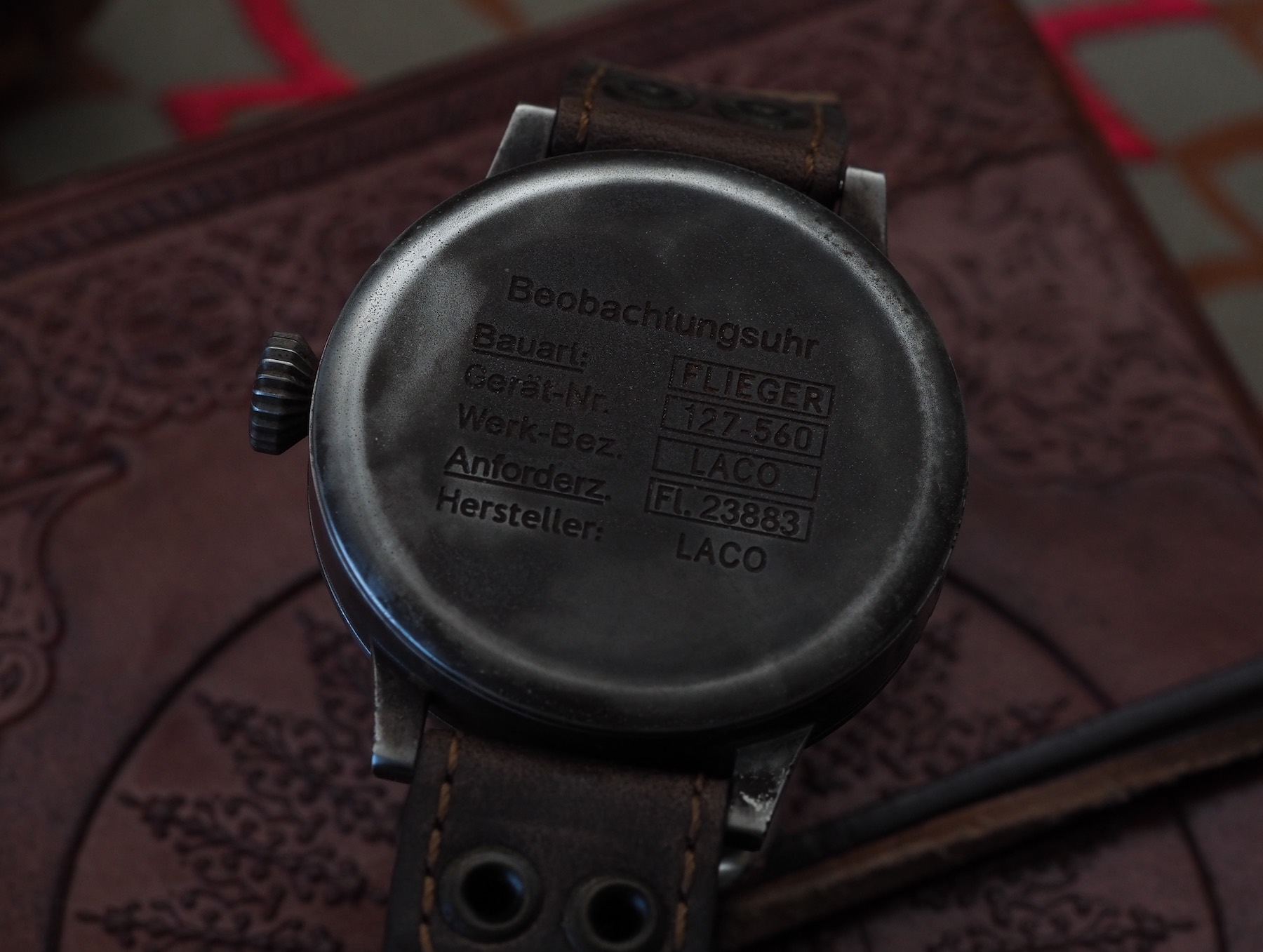 Some people simply hate this whole artificial aging process. They want a new product to be…well…new when they buy it. And guess what? I’m in this camp also. I hate distressed ballcaps, ripped jeans, and deliberately damaged anything. That’s why I was so keen to get one of these Laco watches in hand to see if my feelings could be changed.

I’m not going to lie, I still wouldn’t buy an aged watch for myself, but now I do kind of get why somebody else would. Simply put, I just prefer the crisp and clean models in Laco’s range (in fact, I adore them), so winning me over entirely would have been largely impossible. However, I must say that I was impressed. The aging techniques really do look like the real deal and the conscious application of dings, dents, and scratches is masterfully done.

I first became interested in Laco’s ability to authentically age a product when I was writing for aBlogtoWatch and witnessing Ariel and Matt create their Laco Rad-Aux limited. I thought the end result was awesome as an object but wasn’t sure I’d ever want to wear something that someone else had battered to high heaven on my behalf. Now, having seen this Kempten Erbstück, I’d really like to see that Rad-Aux limited on my wrist. Laco has a surprisingly deft touch when it comes to color. The Rad-Aux used a bright red/orange accent to great effect. Here, with the Kempten Erbstück, the alternating numbers, switching between beige and white, give the dial a vibrancy it could easily have lacked without that flourish. 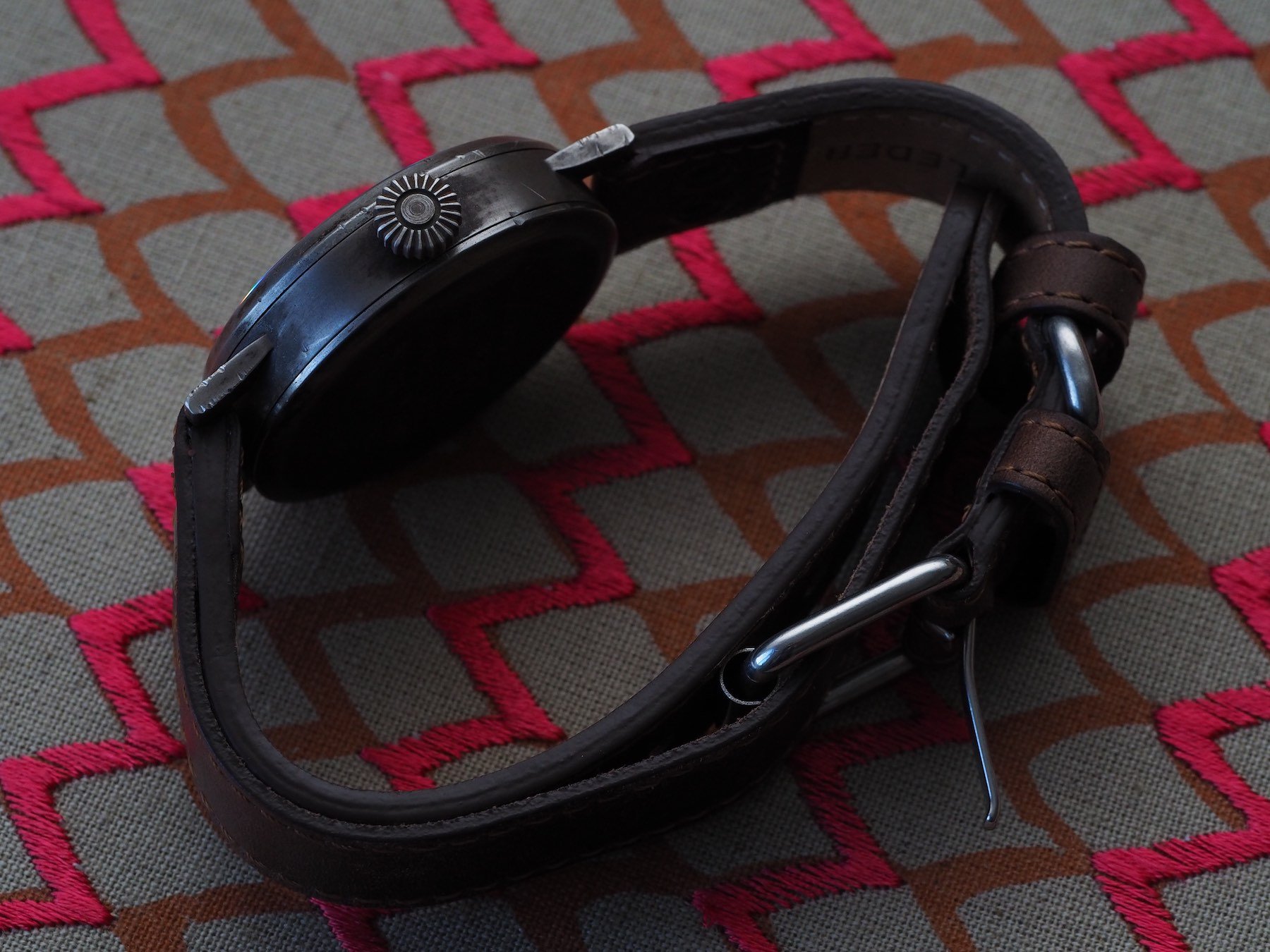 The proportions and the lugs of the Erbstück are unusual for a pilot’s watch. I love a 39mm watch, but I have to say that this one wears even smaller than that in my opinion. Oddly, this is less to do with the width/thickness ratio, and far more to do with the lugs’ and, crucially, lug holes’ position.

As the lugs poke straight out from the case, the strap attaches pretty much dead-center. Consequently, the watch seems to stand up taller than it is, rather than sinking into the wrist and contouring ergonomically as you might expect. As a small-wristed man, I generally prefer a lower-profile wrist-hugger. But the way this watch wears does suit its aesthetic as a dashboard instrument.

This thing looks like a gauge. It looks like a tool. The bulky, double-ply strap the Kempten Erbstück is supplied with takes some getting used to but only serves to enhance this rugged, rough-and-ready, authentically anachronistic aesthetic. The strap style is unusual and perhaps better suited to the larger Laco watches (as it is seriously heavy-duty), but the leather is, as always, lovely, and the color, once again, is spot on. 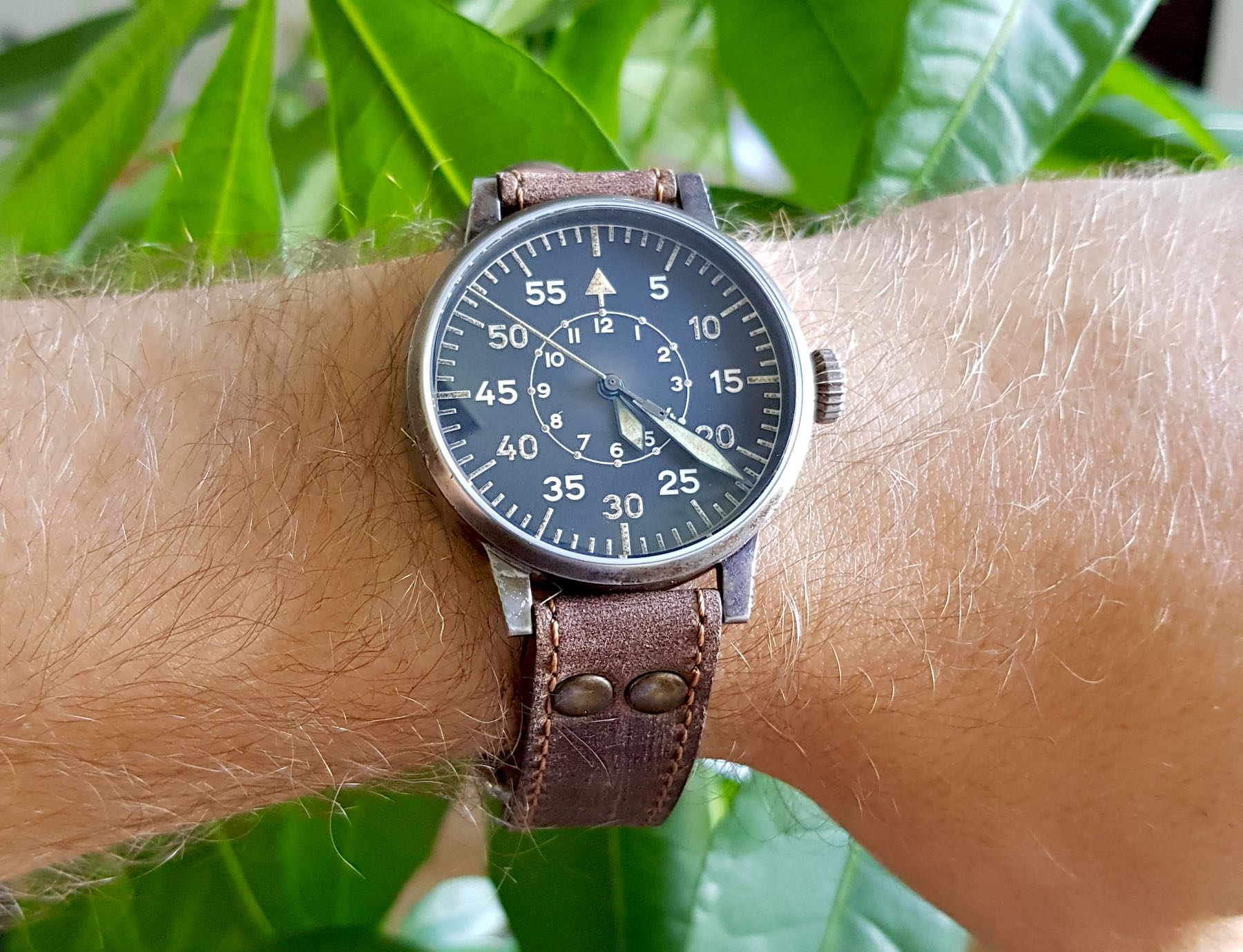 A joy to wind

Despite this watch’s petite diameter and spindly lugs, there is nothing about its construction that feels weak. The case looks like it could survive (and quite possible has survived) being run over by a tank. The crown, too, is large, easy-to-grip and operate, and a faithful nod to the Fliegers that gave this watch life. The winding experience offers a reassuring click and is an enjoyable daily interaction with the watch. 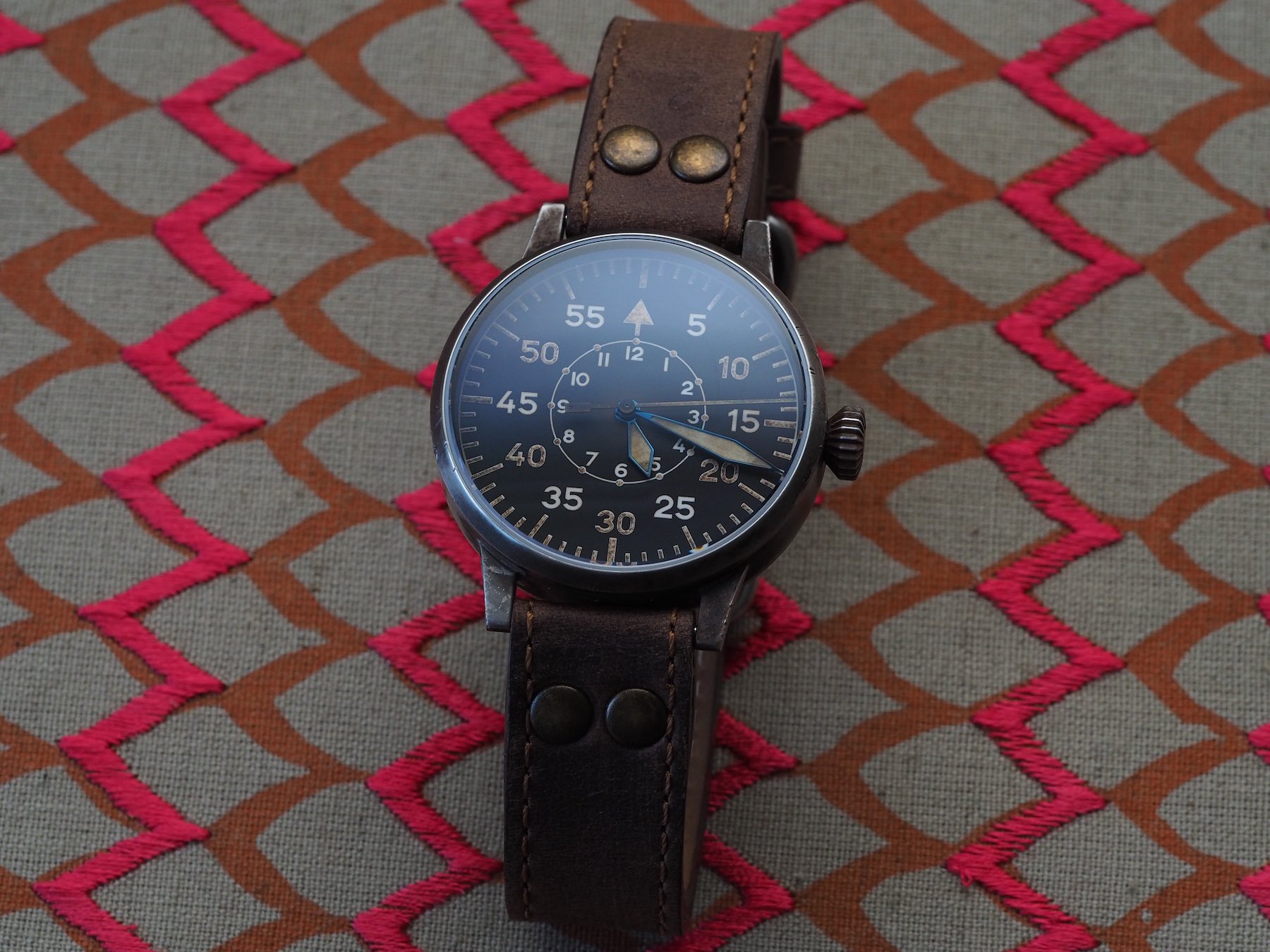 Laco has a habit of deploying blued hands at any opportunity. My gut tells me I would have preferred black hands on this model but, if you close your eyes and imagine it, it would likely have looked painfully dull (and the hands could easily have got lost against the dial). In the name of legibility and flare, the polished blued hands actually work really nicely when paired with the warm, aged tones of the dial, case, and strap. 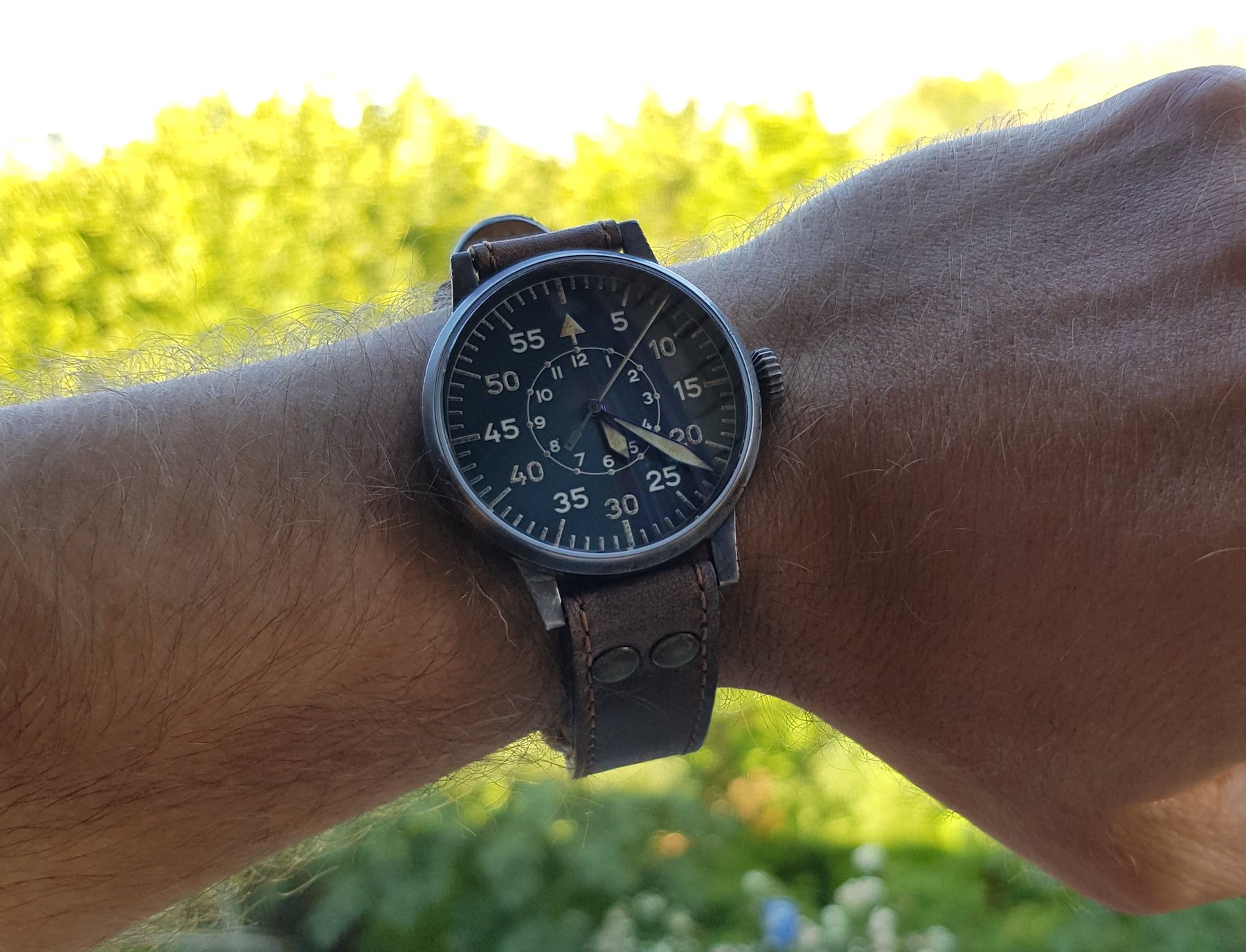 This review was exactly what it should be for me personally — an illuminating experience. I had a lot of things wrong about this watch and watches of this style. I’ve come to an odd conclusion. Buying and owning a product like this is quite a different proposition from buying a “regular” luxury watch. It seems like it would resonate more with someone who has an interest in history — particularly military history — rather than your run-of-the-mill watch fan.

I find this interesting because it draws into sharp focus that watches can be many things to many people. This is something I’ve labored in the past but, to be honest, my arguments have always been too notional and based on “a feeling”. Normally, I go down the “artwork” or “engineering” routes because those are the kinds of watches that really excite me. But here is another style that I’d hitherto ignored (or at least certainly not given its due).

Although it’s harder than ever to meet your watches face-to-face before purchasing, I really would encourage you to seek one of these out. And I’d extend that encouragement to anyone. Even if you’re convinced that an artificially aged watch is not for you, it might be an interesting exercise. It certainly was for me. Let us know what you think about the aging technique, and which Laco watch is your favorite in the comments below. Learn more about Laco here.