Just yesterday, we reviewed the new limited edition Alpinist 1959 Re-creation. That watch was an expensive throwback to the original Laurel Alpinist. Today, we look at a series of new pieces dubbed the Alpinist 1959 Modern Re-interpretation series.

It’s clear that the release of the limited edition 1959 Alpinist Re-creation was a proper surprise. Granted, this watch kicked off a series of watches that is now quite popular. Still, the original Alpinist was and is incredibly rare. The fact that Seiko went down this path is a benefit, though. I say that because almost every time they announce a reissue of sorts, they bring moderately priced serial production watches with modern touches. Today we look at those watches that Seiko is calling the 1959 Alpinist Modern Re-interpretation collection. 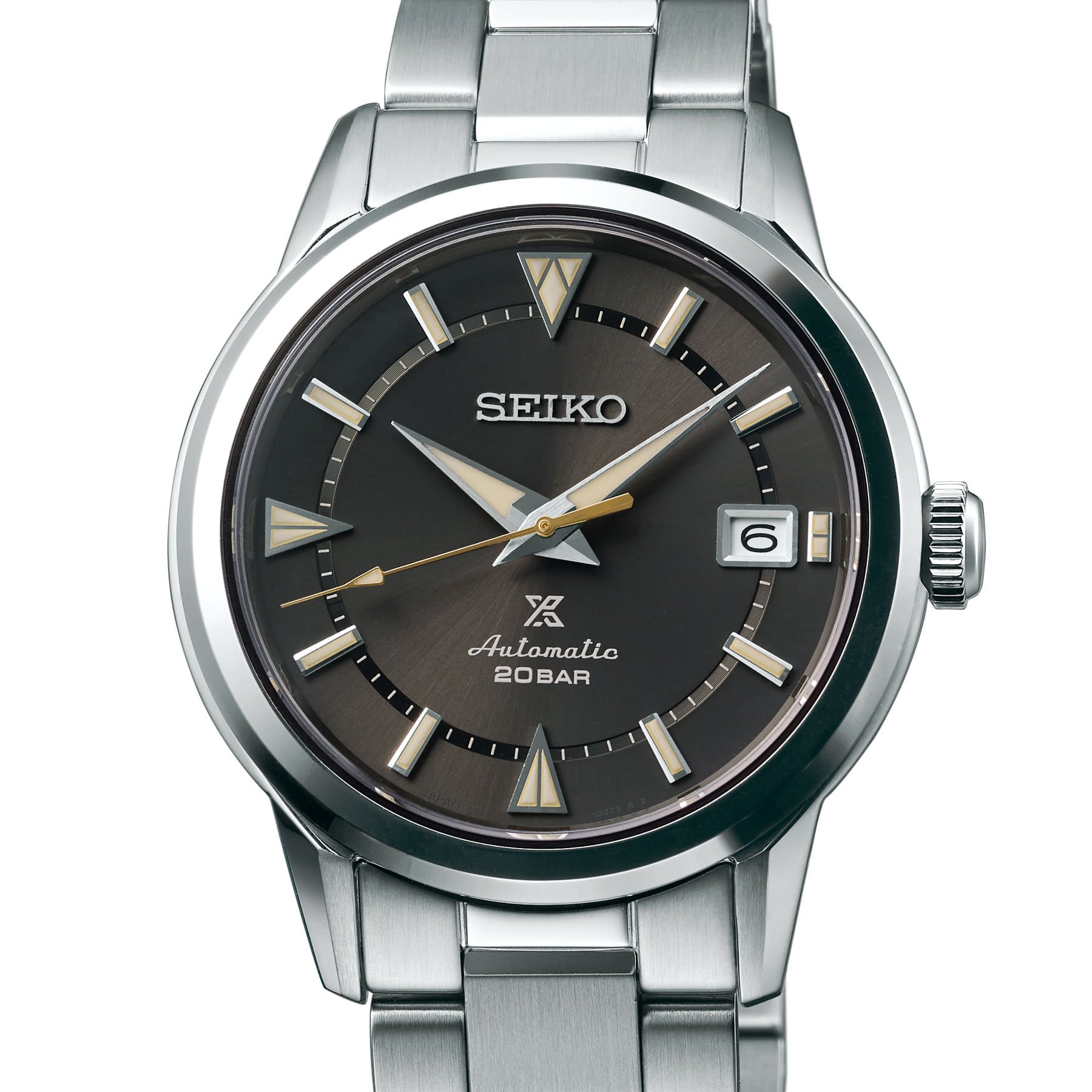 Just to ensure that there are no hard feelings — as “tough” as I was on the 1959 Re-creation, you’ll see that I find a lot to like with the Alpinist Modern Re-interpretation lineup. All in all, Seiko has become quite adept with these modern versions inspired by their most classic models. These newfangled versions aren’t the dirt cheap Seiko watches of the past. They’re more on the entry level side of luxury now, but these watches come with better dials, better bracelets (thank goodness), and decent movements. 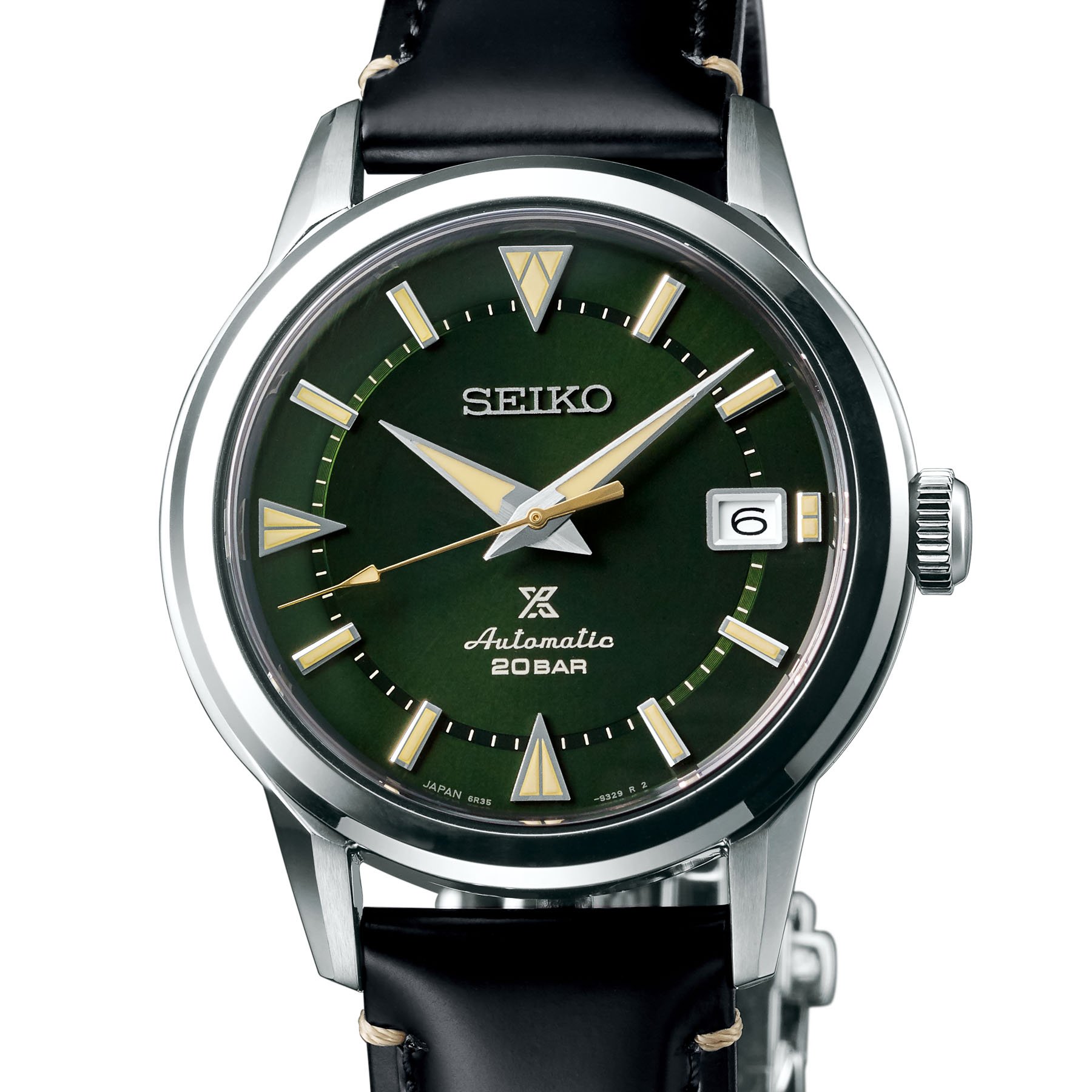 The Alpinist Modern Re-interpretation brings along a 38mm steel case in the same general form as the original from back in 1959. This translates into highly chamfered and curved lugs. Versus the limited edition model, this one loses the cross drilled lugs. Seiko tells us that it has a curved sapphire crystal, so not quite as domed as the limited model. The 6R35 automatic is visible via a display back and brings its beefy 70 hours of power reserve. If you’re reading this, the idea of having one watch to do it all just might be foreign. Still, with 200 meters of water resistance and an ample screw-down crown, this watch could be your everyday accomplice. 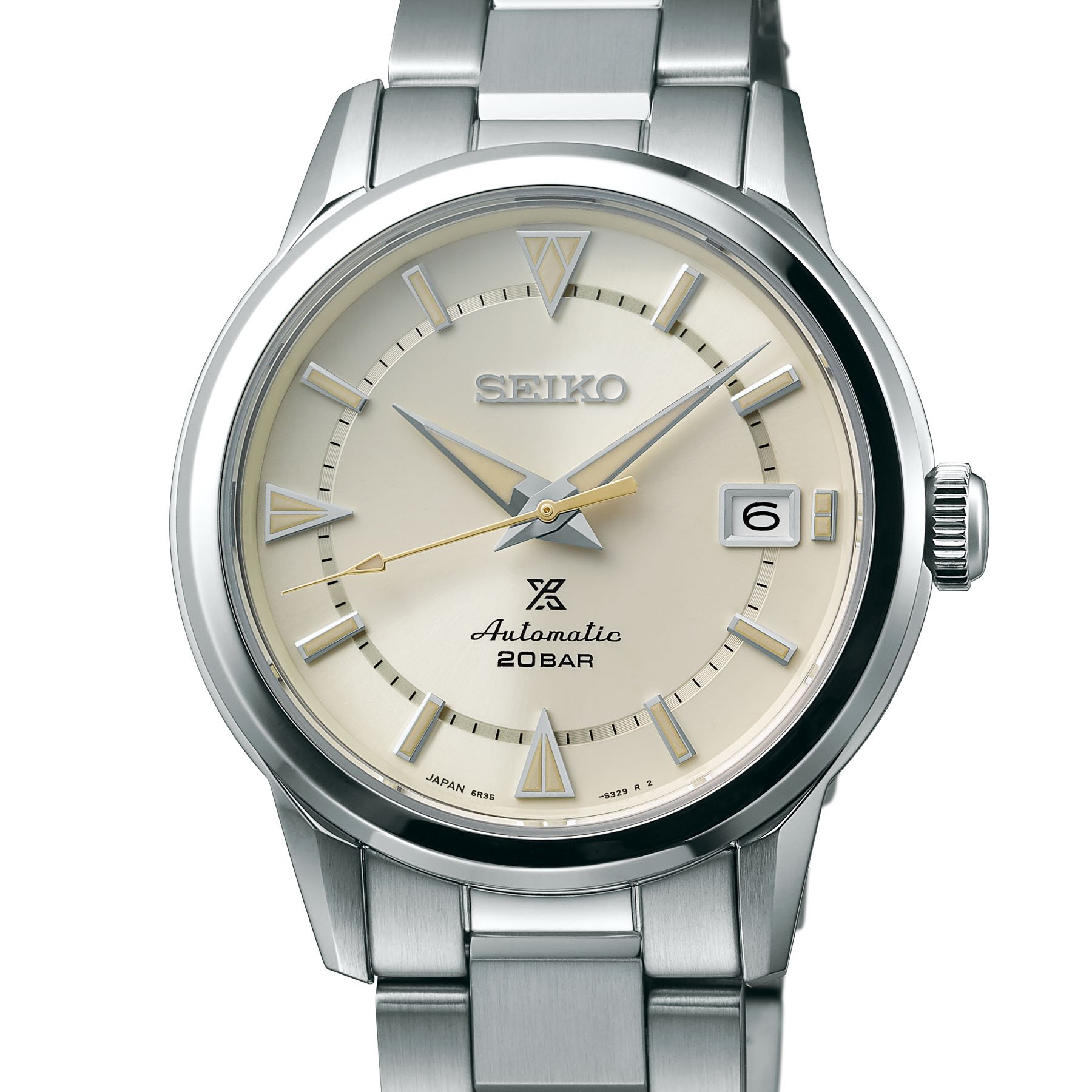 To kick things off, we get three different variants of the Alpinist Modern Re-interpretation. The SPB241 comes with what I’m going to term as an “eggshell” dial on bracelet. The SPB243 looks grey-brown and also comes on a bracelet with a push-button folding clasp. Finally, there’s an SPB245 with a green dial like other modern Alpinist models. This one comes on a black cordovan strap with push button folding buckle. No matter which model you choose, Seiko chose to equip the models with aged looking Lumibrite. The lumed dagger hands are here, but we can see that Seiko change things up on the seconds hand. For all three, they chose a gold contrasting hand with lumed arrow tip. Thankfully, the unique triangular indices from the original model return, yet they only make their way to these watches at 6, 9, and 12:00. These watches have a date at 3:00, so that’s a noticeable difference.

What I really like here is how the Alpinist Modern Re-interpretation “interprets” the minutes track on the dial. On the older version and the limited model, this is made up of simple printed white tick marks. These models do something just a touch different and it really adds something to the watch. Seiko added concentric ridges where the minutes ring lies and this adds some depth to the dial. Simple? Sure, but it’s effective and helps break up what would otherwise be a vast space. An applied logo helps class things up and we get the typical script work above 6:00. 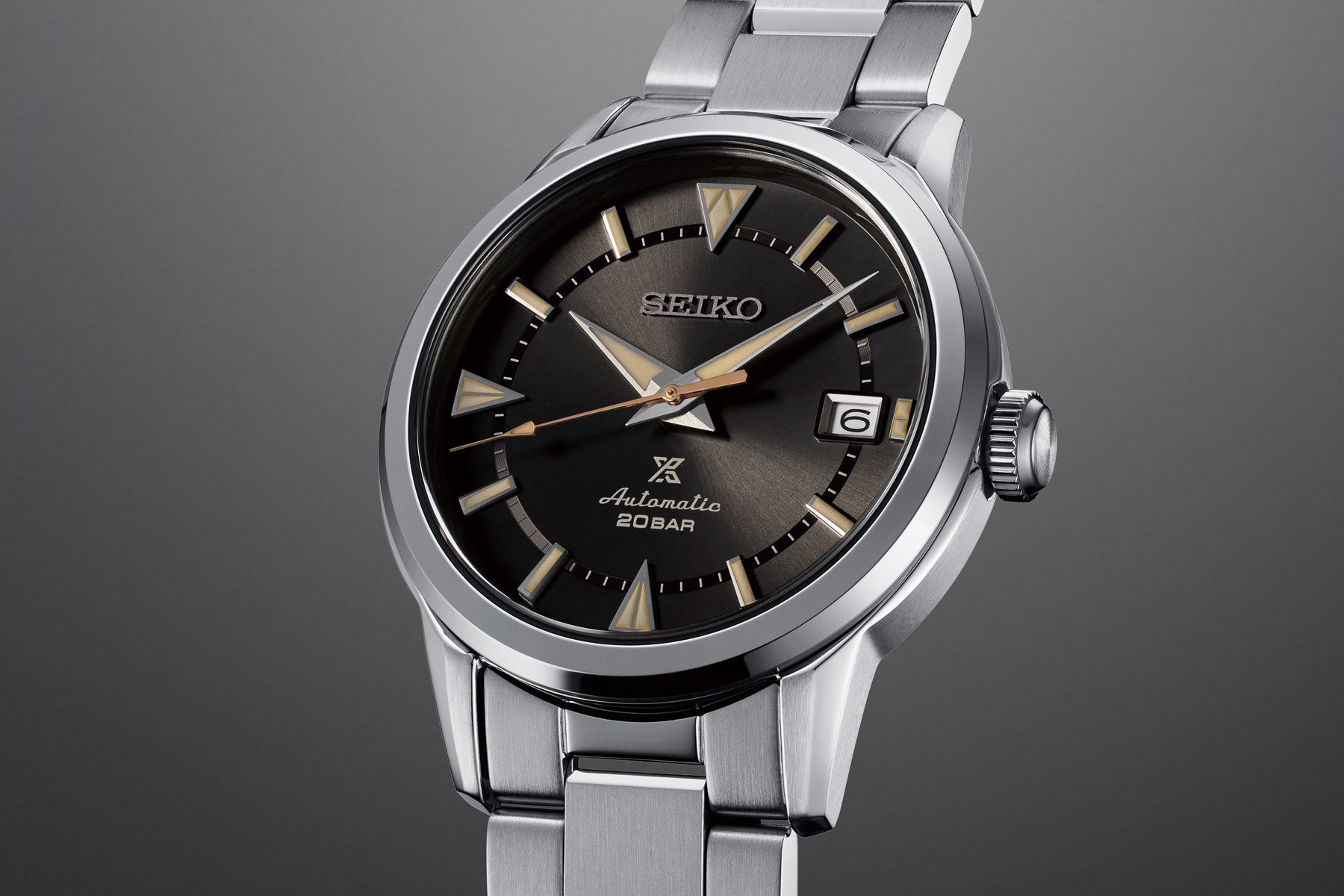 I have to say that I really like this new Alpinist Modern Re-interpretation series. The dials have a lot going for them and even if they’re interrupted by the expected date wheel, it doesn’t truly bother me. The watches look strong overall and they truly should work well for all occasions. Seiko will price the models on bracelet at €749 and €729 for the green model on strap with availability beginning in August 2021. That’s right in the same wheelhouse as the rest of the “Alpinist” series and feels well priced. If I were opting for one of these, the dark dialed version would be the safe and typical move for me. However, that off-white version keeps calling and strikes me as quite different for a Prospex watch. What do you think about these and if you like them, which would you choose?