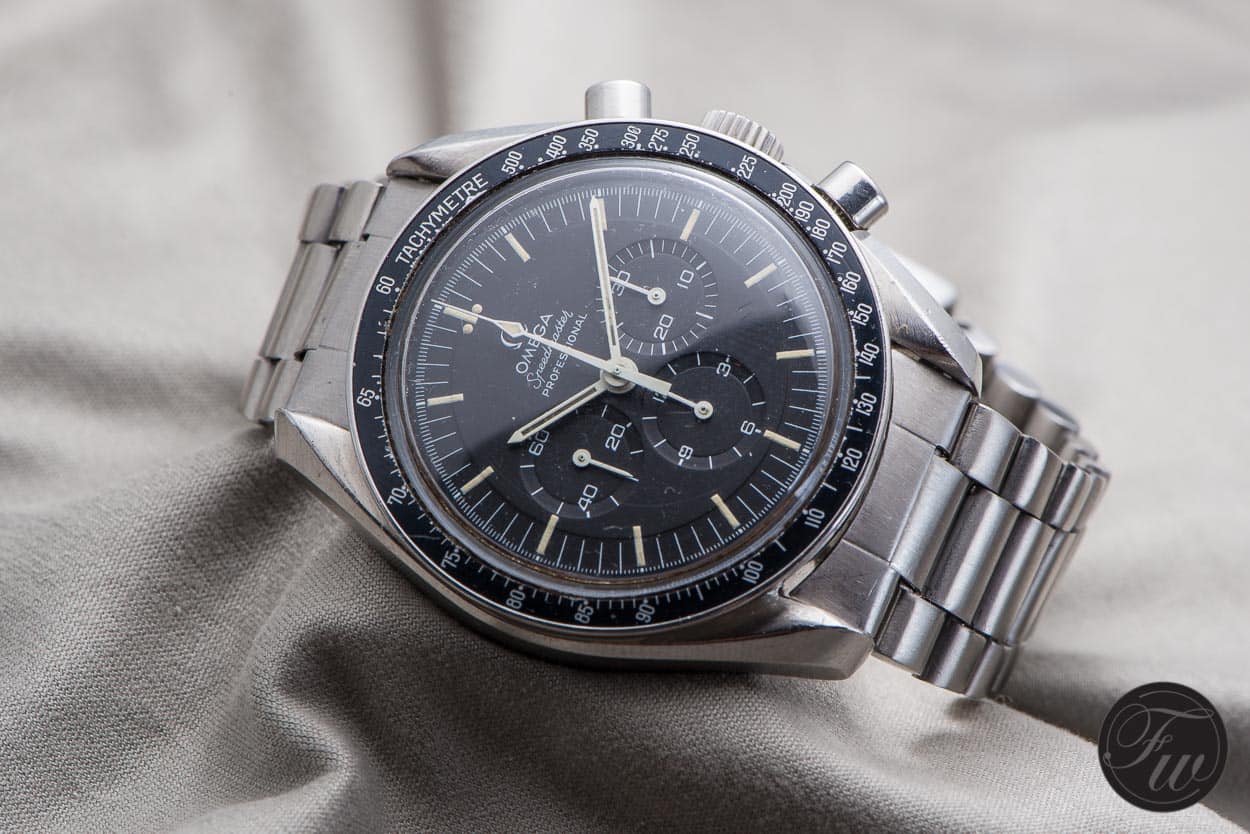 However, looking at the back of this Speedmaster Professional 145.022-71, we see something awkward. A clean caseback, with no inscription. But wait a minute, you might say, there are different casebacks for the 145.022, with and without inscription. True, but: 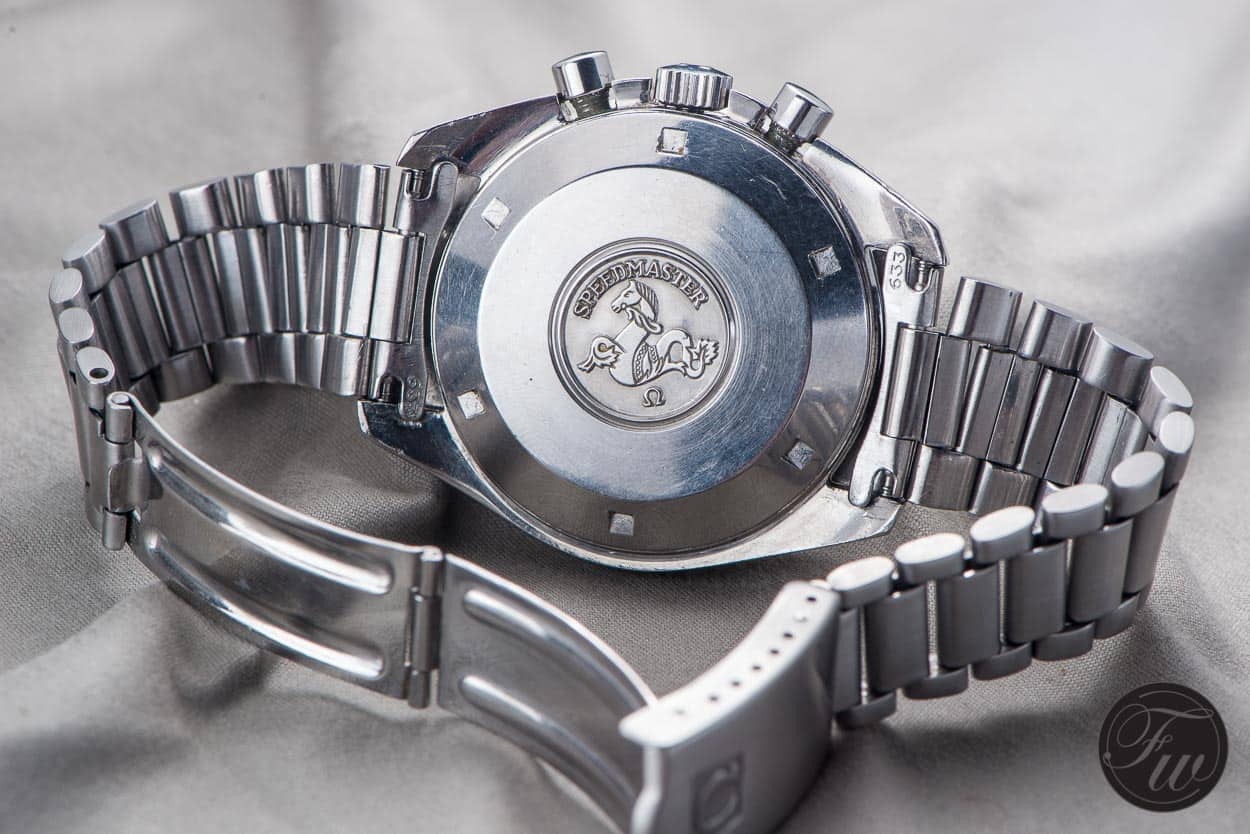 As you can see, the watch has a plain non-NASA caseback. It does have the beautiful sea-horse and ‘Speedmaster’ writing, but no inscription like the “First Watch Worn on the Moon” or “Flight-Qualified by NASA for all Manned Space Missions” ones. In fact, it looks a bit like the caseback of the Speedmaster’57 Replica reference 3594.50. But it really is a caseback that belongs to the 1971 production reference. If we take a closer look, by opening the watch and study the inside of the caseback, we see the following: 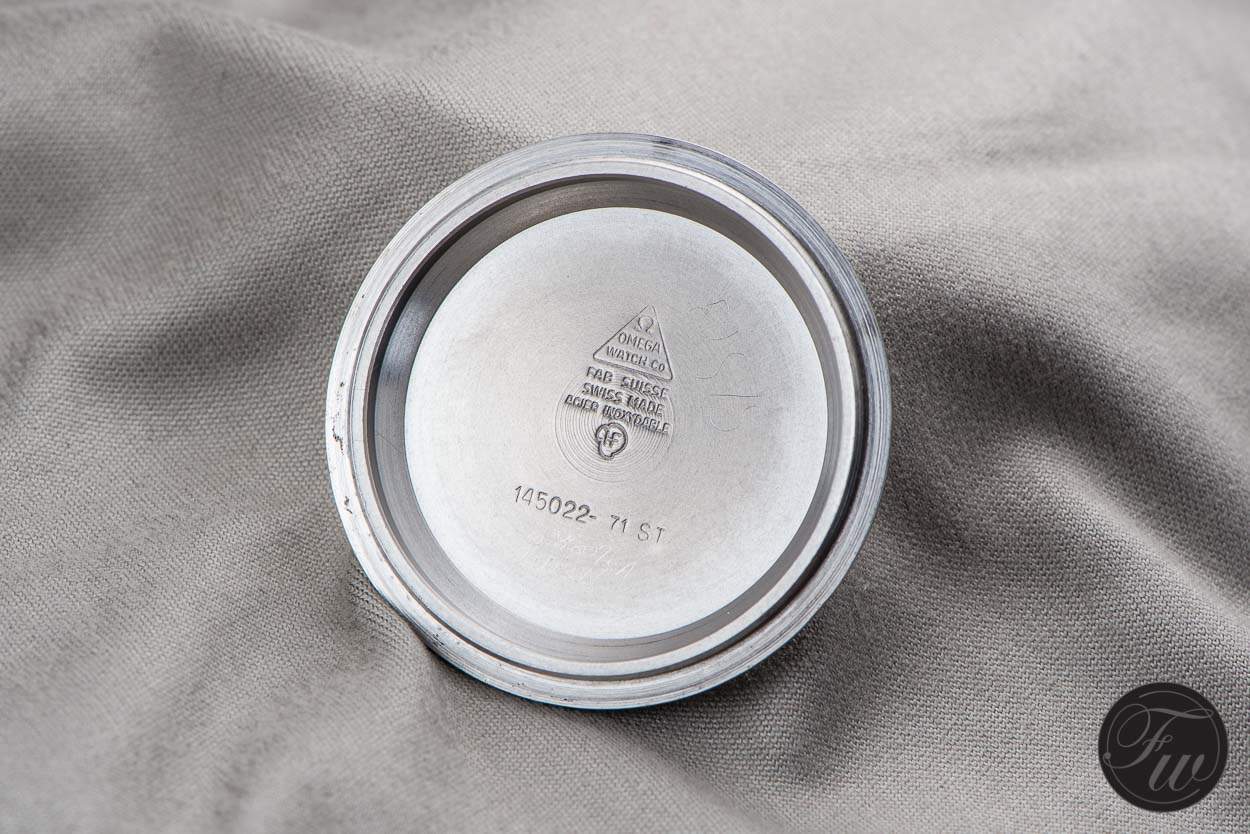 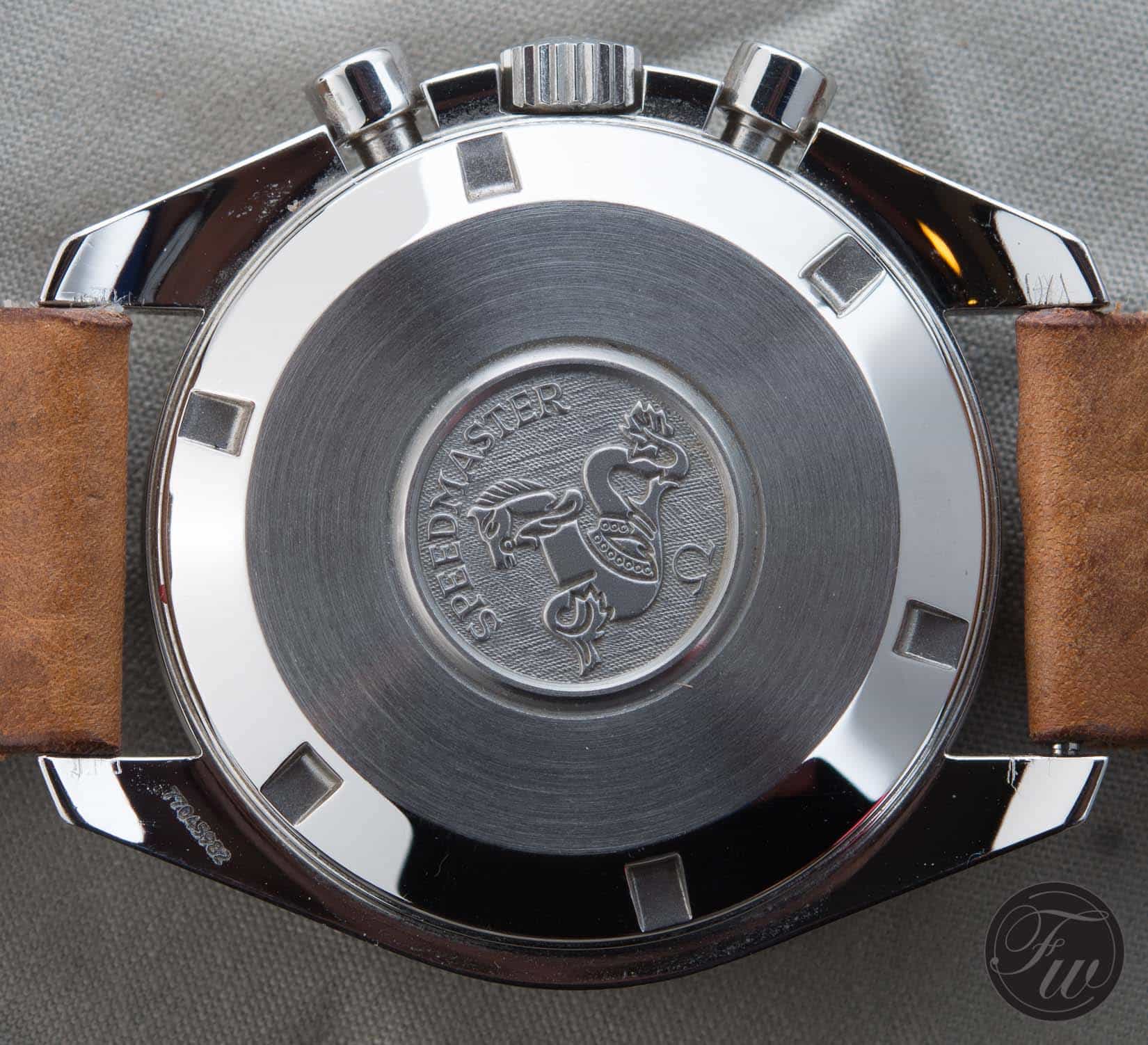 According to Moonwatch Only, the reference book on Speedmasters, these Speedmaster Professional 145.022-71 casebacks with no inscription are known, and can be dated to 1971 and 1972, but the reason is (at least at the time of printing) unknown to them.

The explanation from former NASA engineer Jim Ragan (during the Q&A session of the Speedy Tuesday Event of October 28th) is that this empty caseback is the result of the following:

When Omega decided to put the inscription “Flight-Qualified by NASA for all manned space missions” on the casebacks, instead of the “First Watch Worn on the Moon” straight-text inscription, this needed to be approved by NASA’s Public Affairs at the time. As there was some delay in this approval process, Omega has put out some 145.022-71 casebacks with no inscription at all. So for a very short period, this has been done with this specific reference. 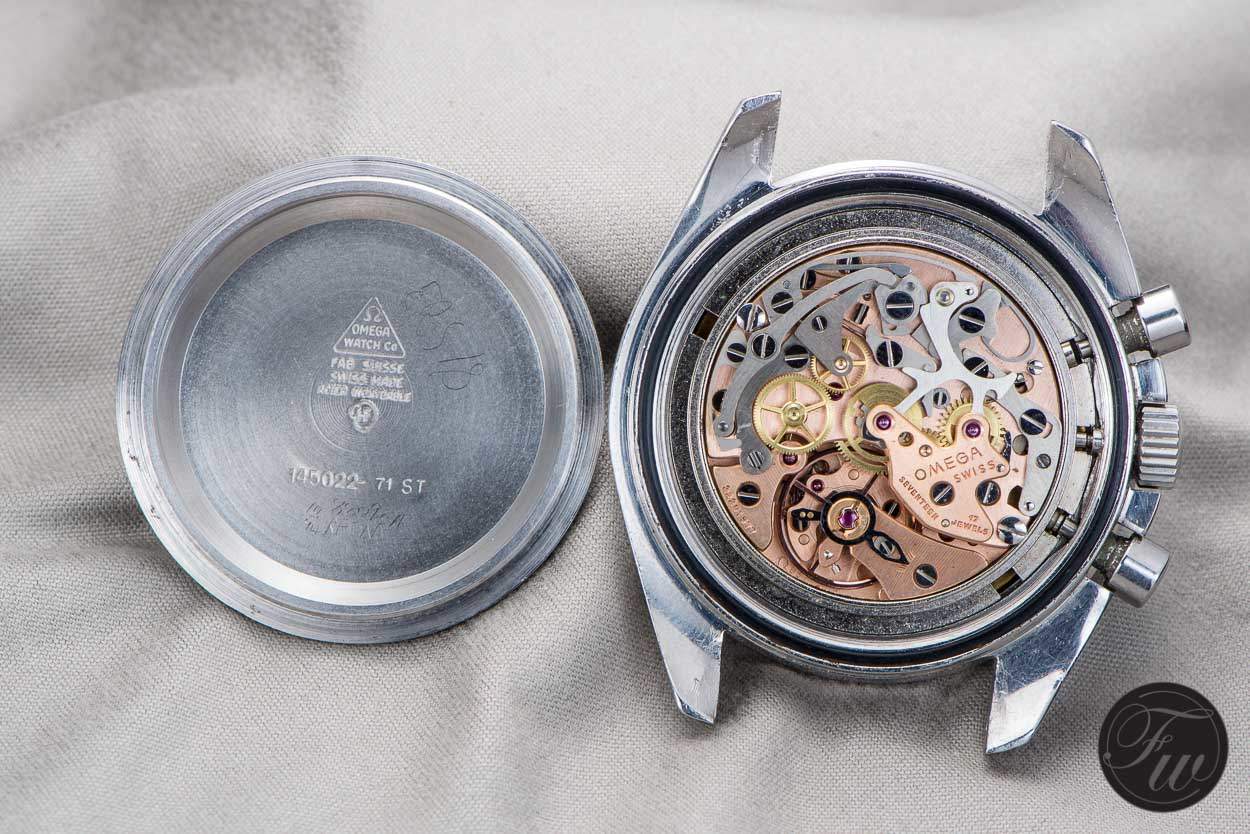 So, now you know. When you come across a vintage Speedmaster Professional with no inscription, don’t put it away as ‘frankenwatch’ just yet. Have the watch opened and check for the inscriptions (145.022-71) on the inside.

This watch is currently for sale via Roy & Sacha Davidoff in Geneva. A big thank you to them for allowing us to take pictures of this watch.