On Friday, June 24th STOWA was awarded at the FH Aachen for its excellent Flieger Professional DIN watch with German DIN standard 8330 for Flieger watches.

After multitude testing it was fix – the STOWA Flieger Professional DIN is not affected by the physical stresses of air traffic and also it represents no hazard potential or compatible with other onboard instruments of the air craft. 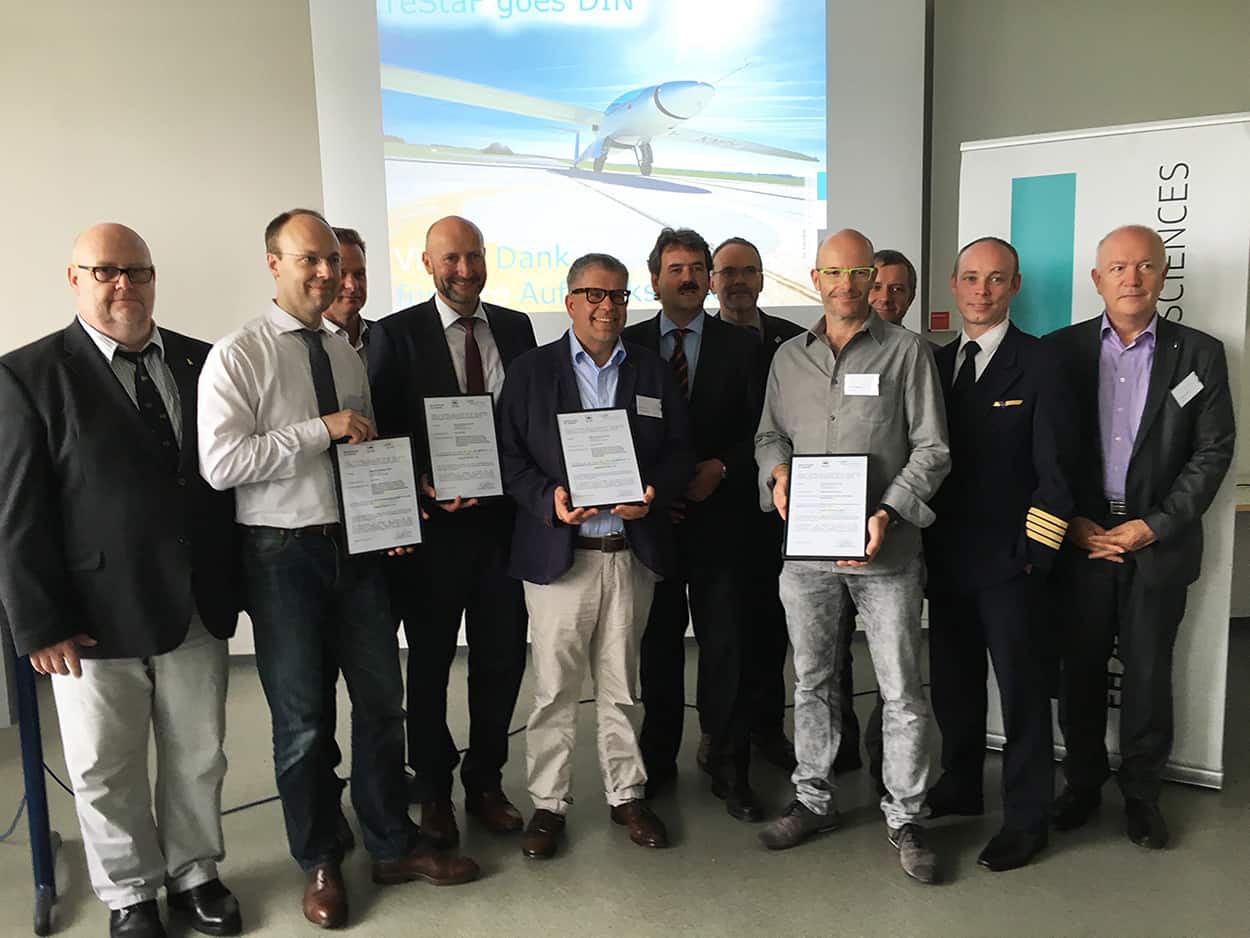 Developed and designed by Jörg Schauer and Hartmut Esslinger, the founder of frog design – besides others he worked successfully for Wega, Apple, Sony and many more – the STOWA Flieger Professional DIN watch combines a new inspiration, a new concept: a classical watch case with a bionic shaped bezel for modern flying.

All rigorous tests passed – the STOWA Flieger Professional DIN performs beyond expectation by not affecting by any physical stresses of air traffic and also it represents no hazard potential or compatible with other onboard instruments of the aircraft. 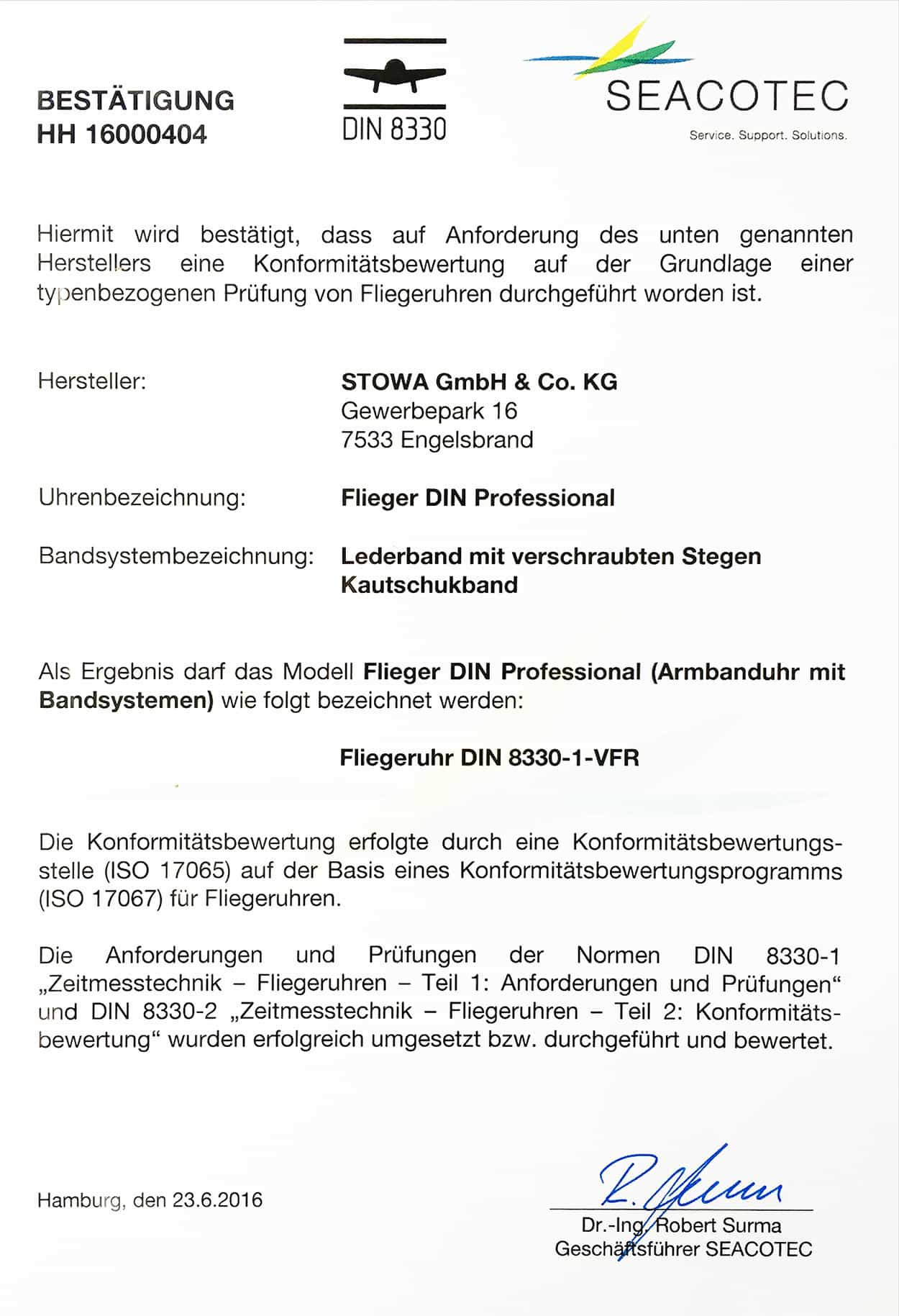 There was one main target for STOWA to participate at the new German watch standard DIN 8330: STOWA and Jörg Schauer would like to bring back the concept of the Flieger watches to its origin as a watch equipped with special functional and technical features. Furthermore the STOWA Flieger Professional DIN watch should ensure that it can replace the time measurement equipment existing in the aircraft completely for the pilot.

Jörg Schauer: “It is a pleasure for us that we anew adduced evidence: Also a small but nice and high professional manufacture could meet DIN demands.” 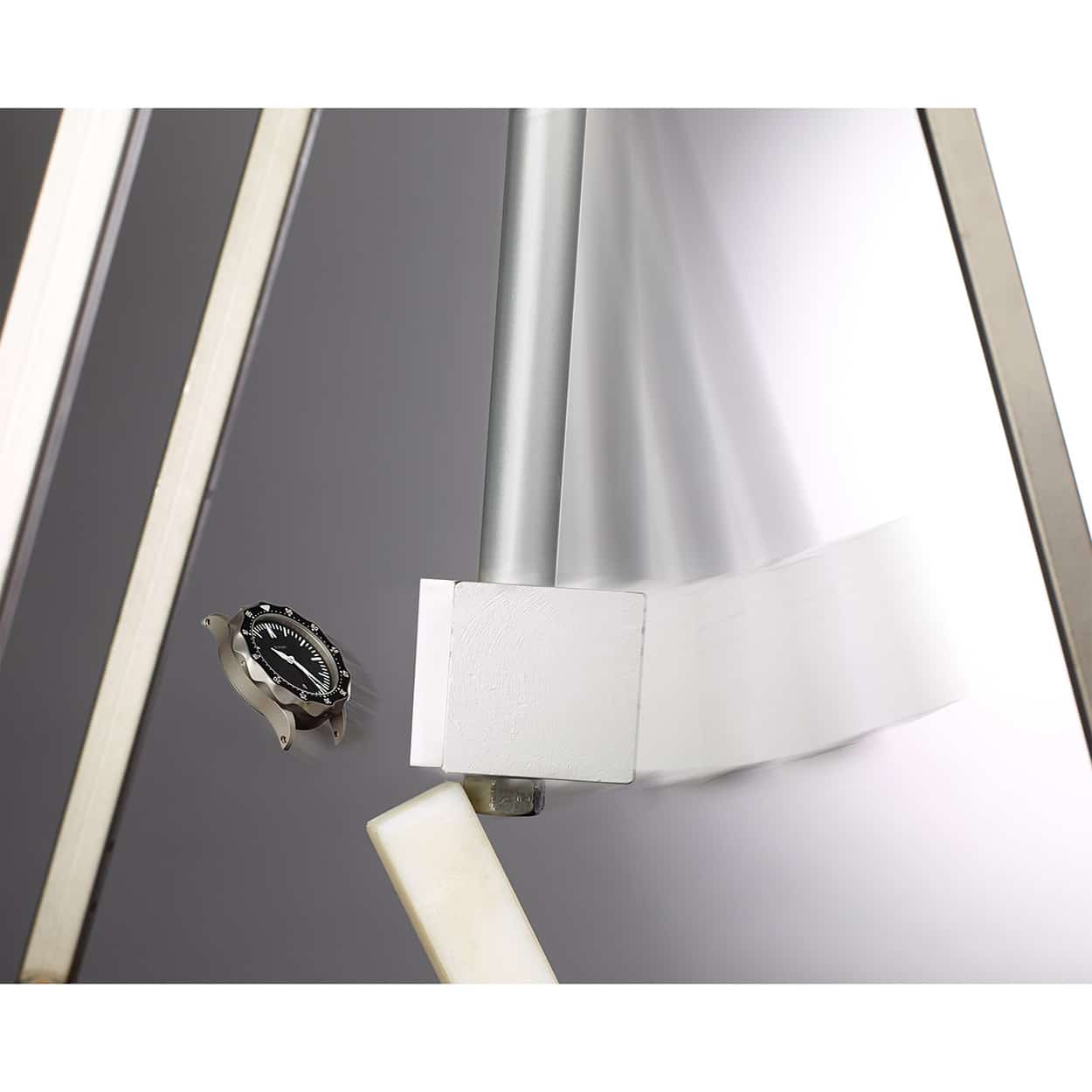 At the initiative of Sinn, Frankfurt and under intensive participation of STOWA for the first time in decades, a completely new German watch standard is issued and will start now. The background was the fact that German DIN standards in the watch sector enjoy the highest reputation in Germany and internationally.

The basis for the new German watch standard DIN 8330 is the Technical Standard for Flieger Watches (www.testaf.org), developed in 2012. DIN 8330 envolves TESTAF and upgraded it to an industry standard. 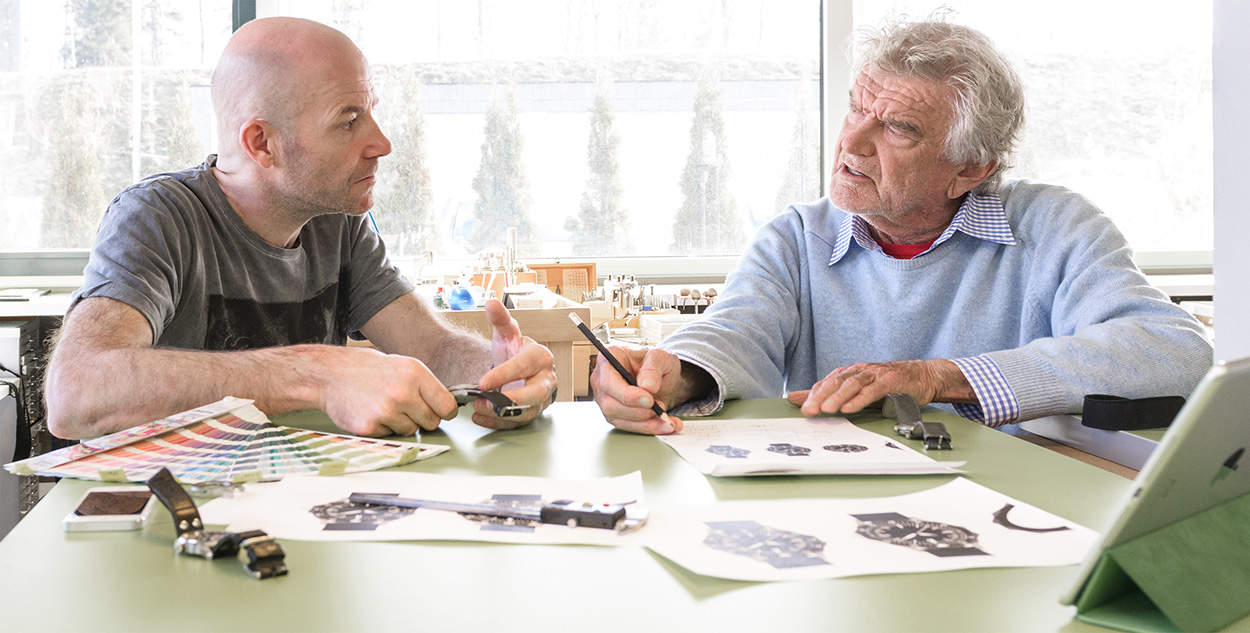 Hartmut Esslinger, frog design founder and inventor of the Apple design language and Jörg Schauer, watchbuilder and ceo of STOWA brand together discussing a detail of the new Flieger Professional DIN.

STOWA, one of the largest manufacturers for Flieger watches, looking back to a long history as manufacturer of professional Flieger watches since 1940 and produces its characteristic watches in various designs again since 1997. Featuring manual wind, automatic movement or as a chronograph.

More information on STOWA can be found here. The STOWA Flieger watch can be ordered via their on-line shop.