The Fast And The Fratelli: Seiko Prospex Speedtimer Versus Tissot Heritage 1973

Welcome to The Fast And The Fratelli. The goal? To find the best racing chronograph of the past ten years. The rules? Each editor selects two watches that must be able to track elapsed time for at least one minute. The watches also must feature a tachymeter scale, and their movements need to be mechanical. And most of all, each watch must be thoroughly fantastic. But we’ll leave that up to the Fratelli to decide.

I chose two chronographs inspired by vintage designs, and they show that vintage-inspired watches can be very different. With the Prospex Speedtimer SRQ037J1, Seiko presented a modern timepiece that only has some design hints from models in the distant past. Tissot, on the other hand, with its T124.427.16.031.01 Heritage 1973 chronograph, more or less copied one of its models from the ’70s. There is something to be said for both, and I’m eager to learn which you, the Fratelli, prefer. 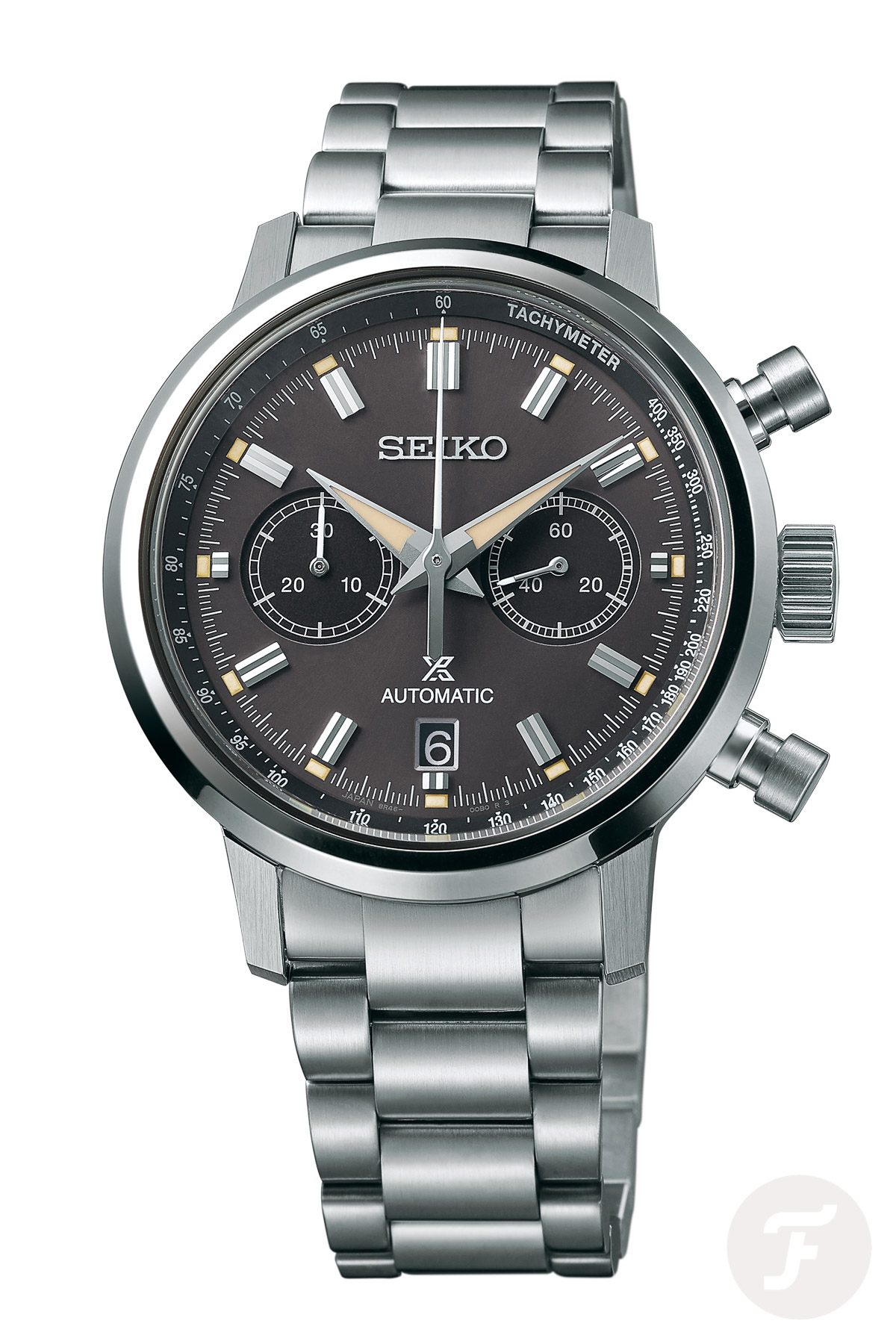 The ancestor and inspiration for the SRQ037 was the first automatic chronograph ever available to the general public. In May 1969, the first caliber 6139-powered watches were available to buy. Truth has to be told, though: they were only available in Japan. On the other hand, the other first automatic chronograph contenders — the Zenith El Primero and the Heuer Calibre 11 — came to the market shortly thereafter, and probably weren’t available in Japan at all. 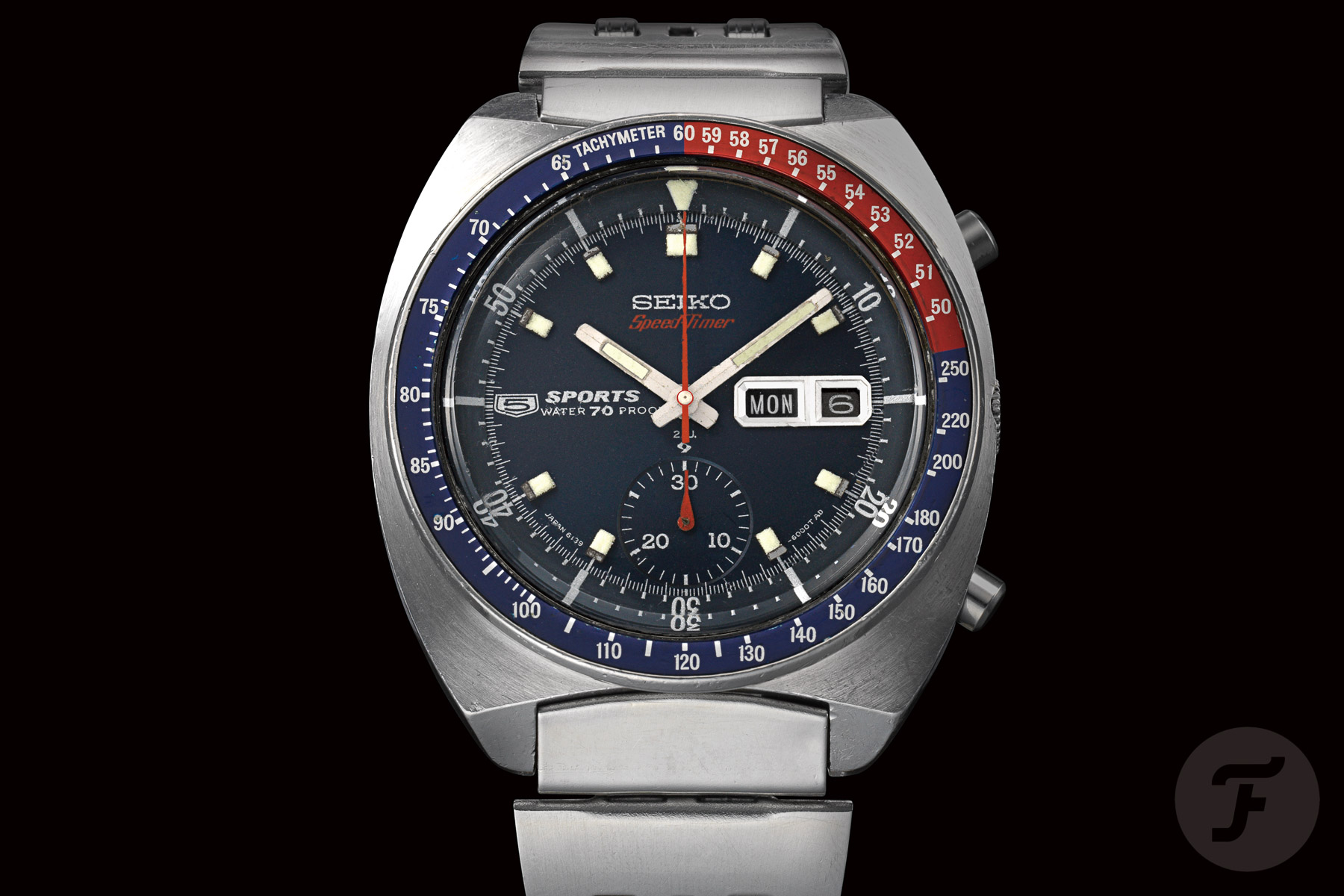 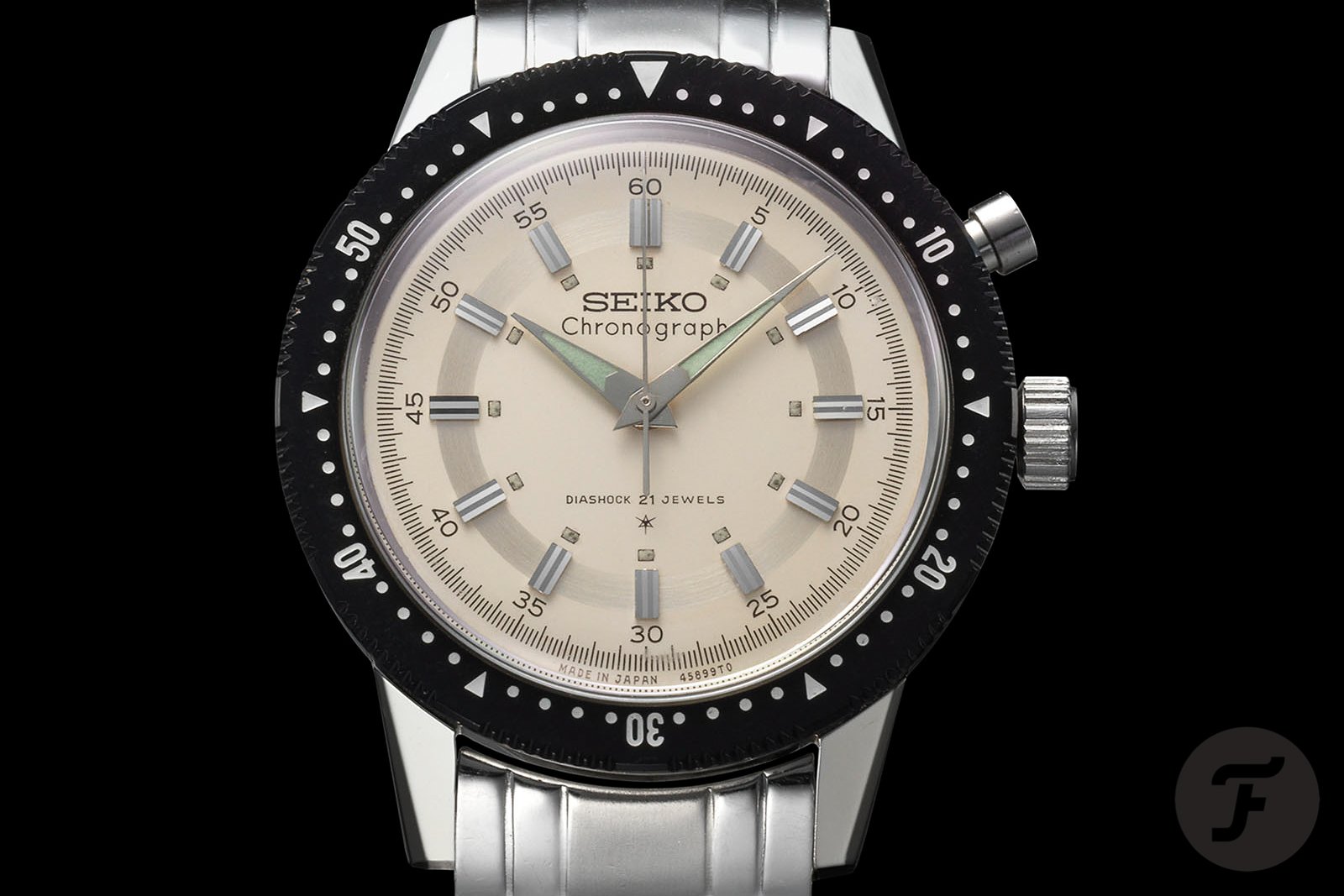 But it does share some design cues with Seiko’s manual-winding Crown Chronograph, presented in 1964. The SRQ037J1’s beveled hour markers, sharp hour and minute hands with luminous material, and chronograph pushers echo that design. 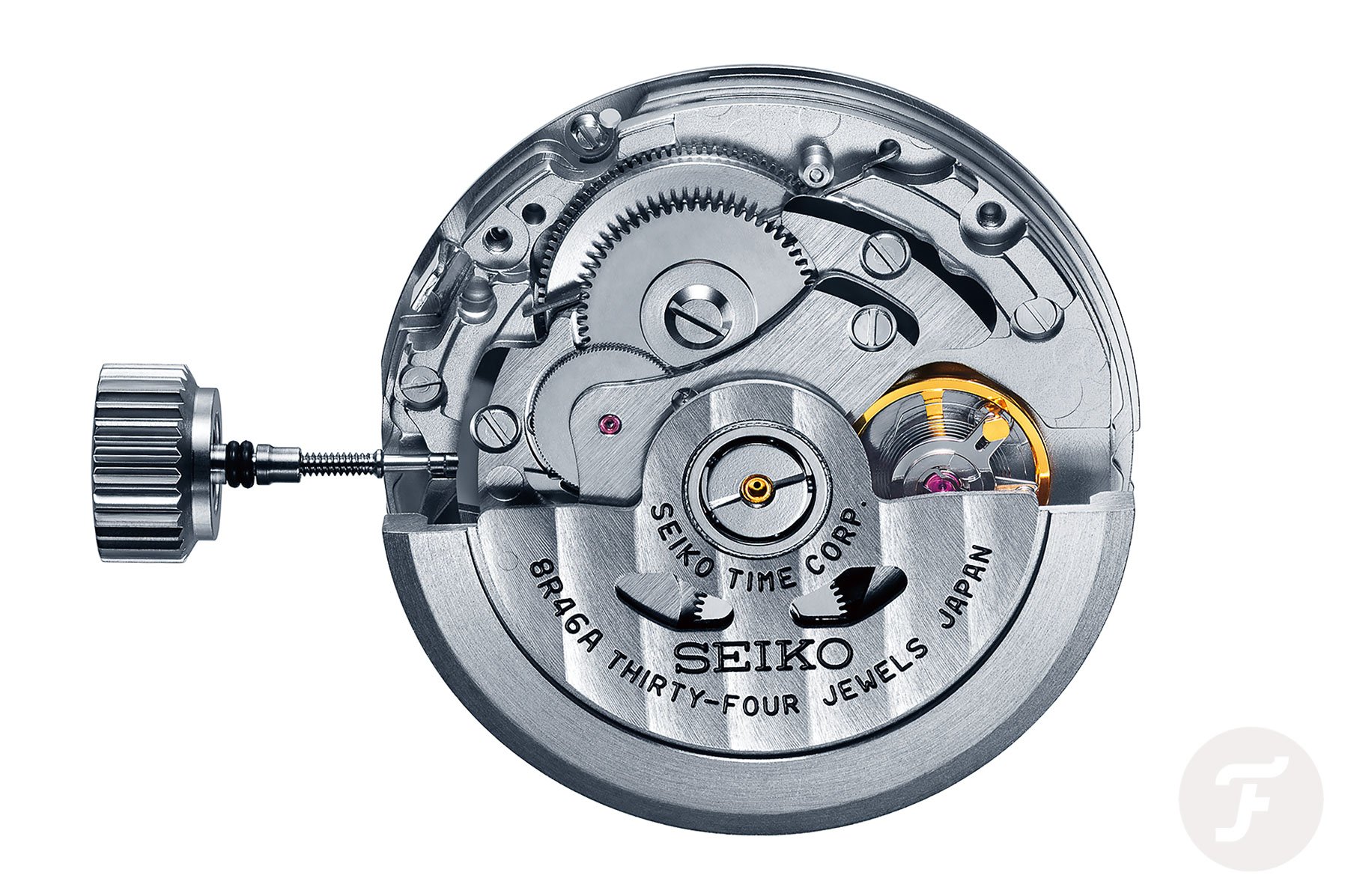 Besides some outward resemblances with the 1964 Crown Chronograph, the modern Speedtimer does have some technical similarities with caliber 6139 that was used in the first Speedtimer series. The new one is powered by Seiko’s latest and most advanced chronograph caliber 8R46, which operates, just like caliber 6139 back in the day, via a column wheel and vertical clutch. That, however, is pretty much it. The Seiko caliber 8R46 sports a higher number of jewels (34), a higher frequency (28,800), and no day indicator. 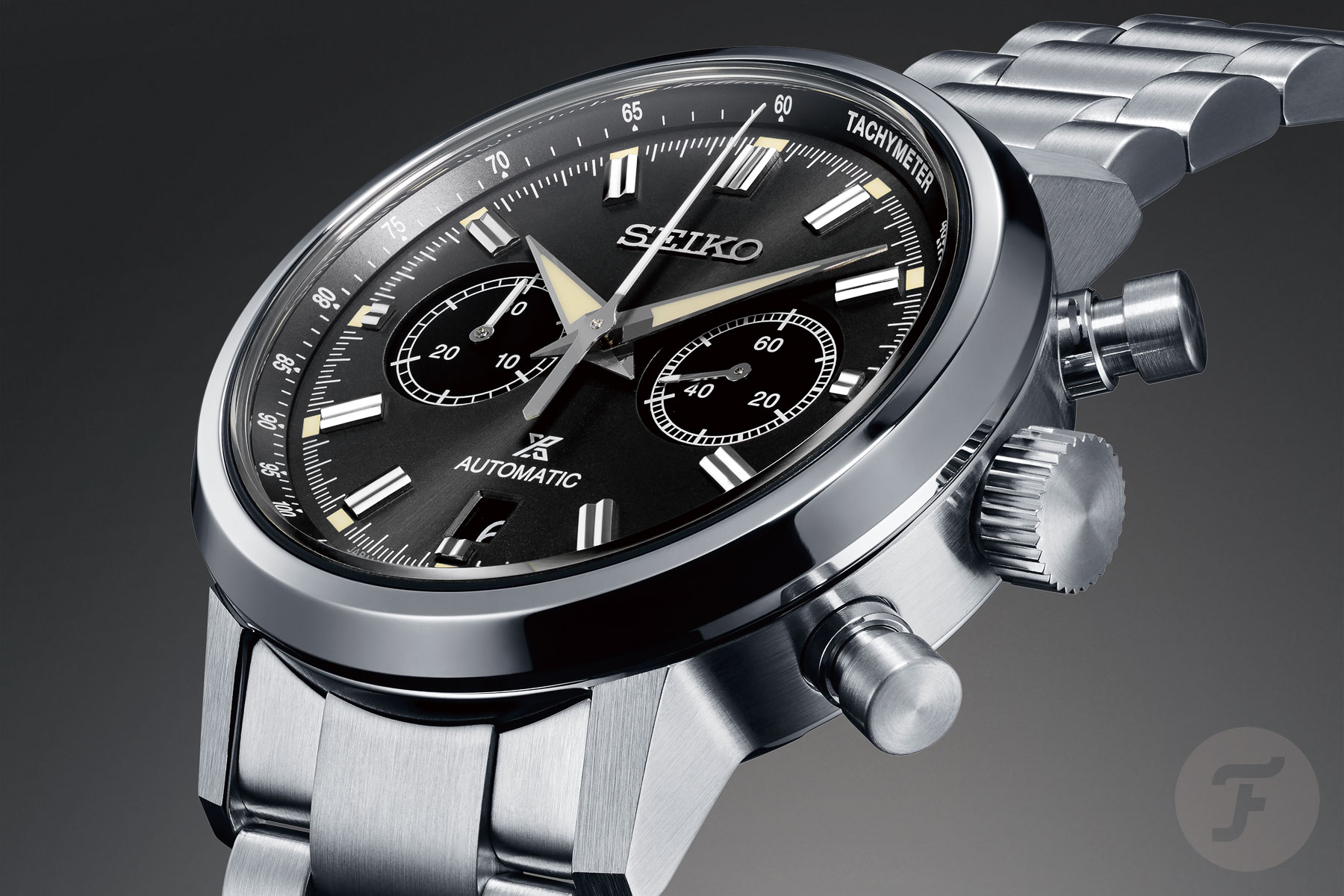 Despite a few design nods to vintage Seiko’s, the SRQ037J1 very much looks and feels like a modern chronograph. And that’s something to admire. I can’t think of many newly presented chronographs whose designs are not only inspired by but directly copied from models in the past. The new 42.5mm Seiko Speedtimer has an entirely fresh appearance, and that’s exactly why I like it so much. The new Speedtimer will be available in Seiko boutiques and selected retailers starting this month, with a label price of €3,000. 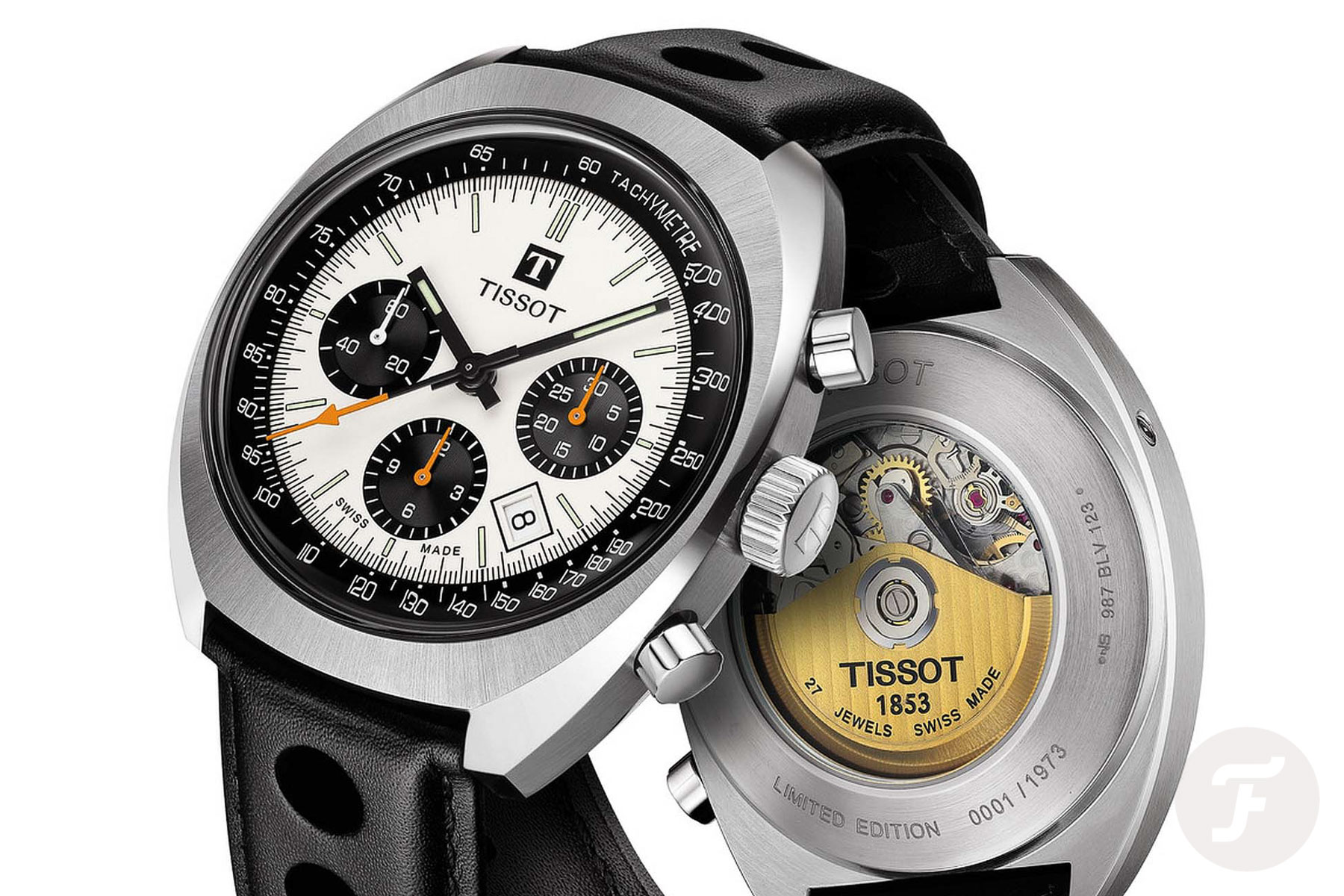 My other choice for this tournament is the Tissot Heritage 1973, a watch that seriously resembles the original Tissot Navigator from 1973. In this case, however, the historical similarity was more critical than it was about technical progress. In 1973, the Navigator used a Lémania caliber 1342 movement; today, Tissot chose for the rather dull but reliable ETA Valjoux 7753. 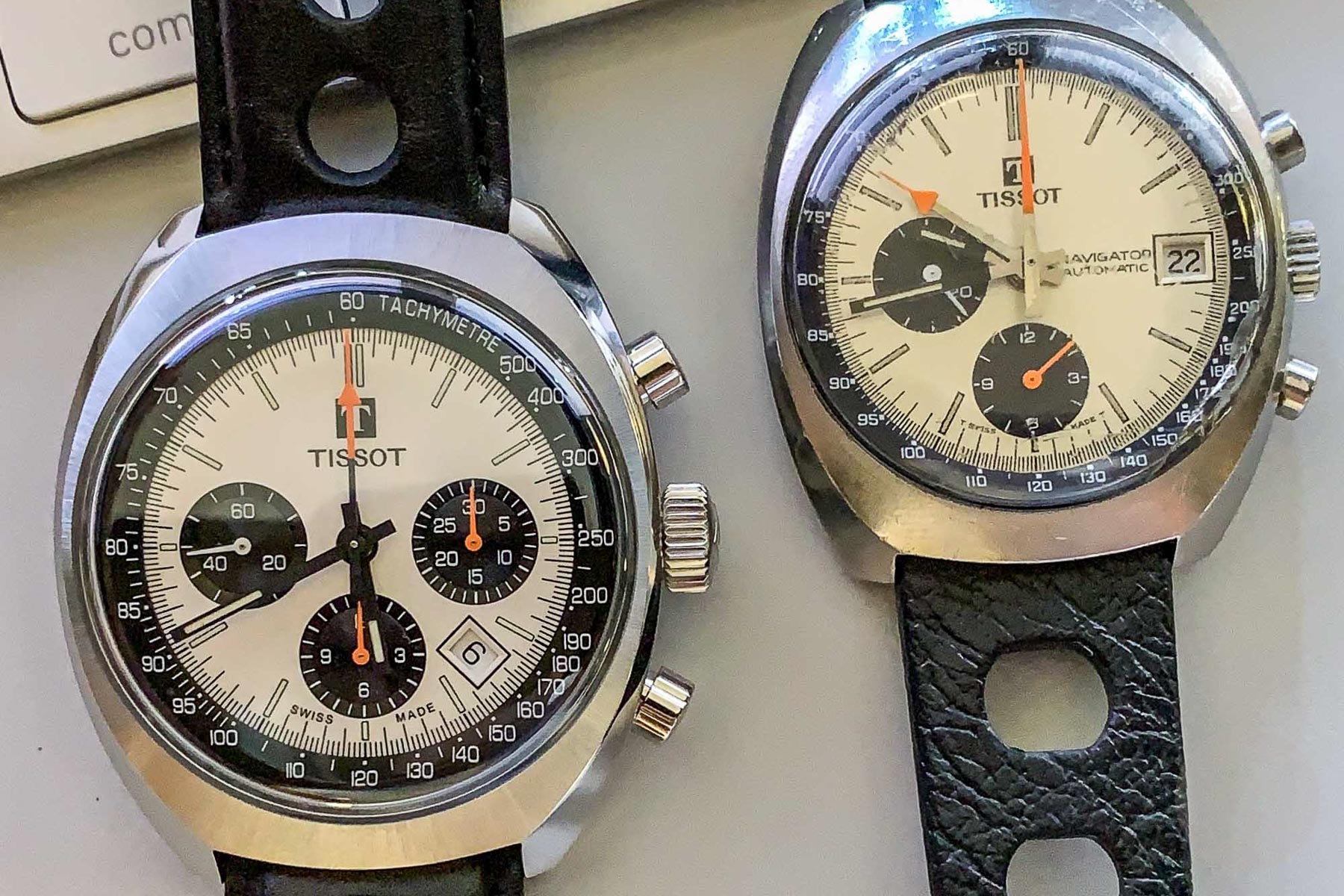 The Tissot Heritage 1973 chronograph shown here is, or was, a 2019 limited edition of 1973 pieces. You might be lucky to still find one new, but otherwise, you have two options — either find one pre-owned or buy a version of this watch that isn’t limited. 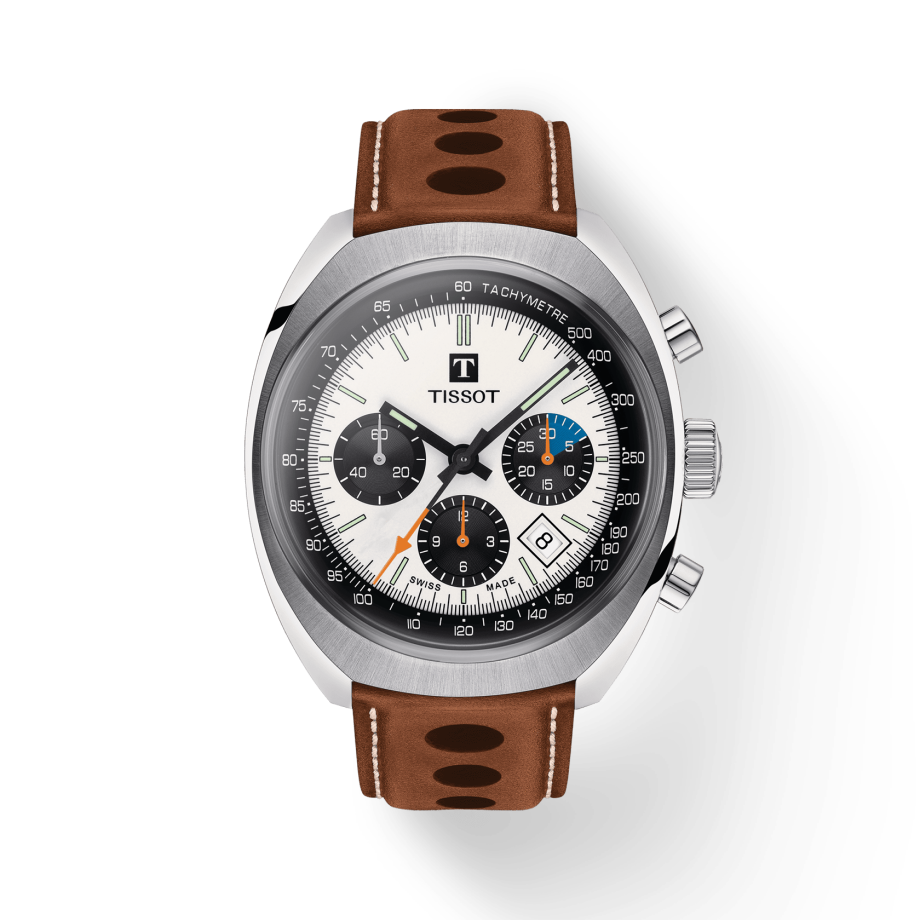 In today’s Tissot line-up, there’s reference T124.427.16.031.01. This watch is very similar to the limited edition, except for a tiny blue segment in the chronograph’s minute counter. Plus, the movement used is now said to be the Valjoux caliber A05.H31. A quick investigation reveals that this new caliber is based on the 7753. The rotor is the most visible difference, but this movement also has 60 hours of power reserve rather than the 42 hours of the 7753. 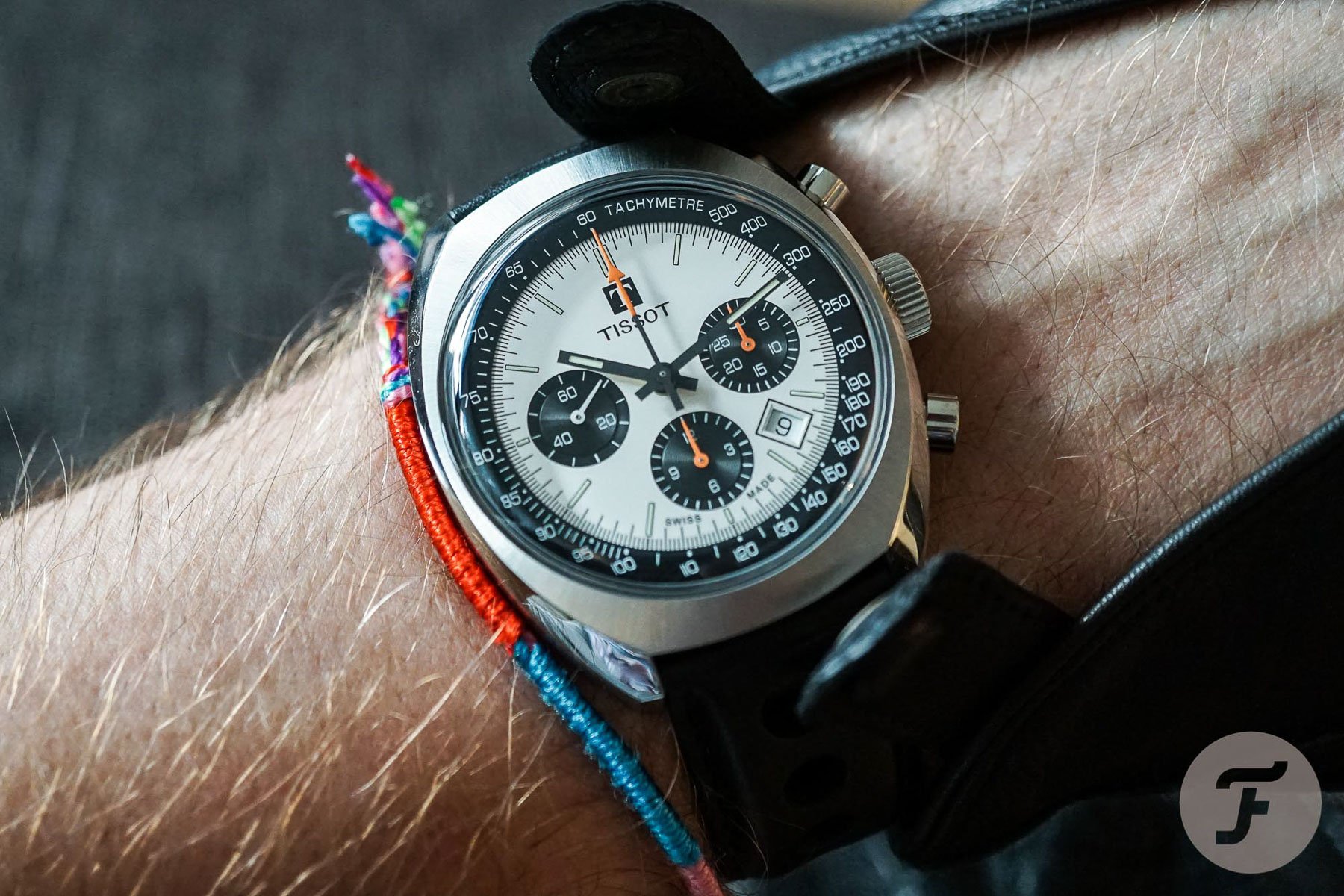 It is remarkable how close the new Heritage 1973 is to the original Navigator dial. The logo, the tachymeter scale, and even the outline of the indexes are identical. The designers definitely did their best to reproduce the face of the watch. And even the style of the hands is similar too. If we look at the watch that inspired this Tissot Heritage 1973, the Navigator, the case certainly shows similarities. With a diameter of 43mm, the new Heritage 1973 is slightly larger than the 39mm Navigator. But the case shapes are very similar. Plus, the finishing on the case is superb, with sunburst on the top and polished lugs and sides.

As I mentioned, the non-limited version of the Tissot Heritage 1973 chronograph is available in Tissot’s current line-up and has a price of €2,130. 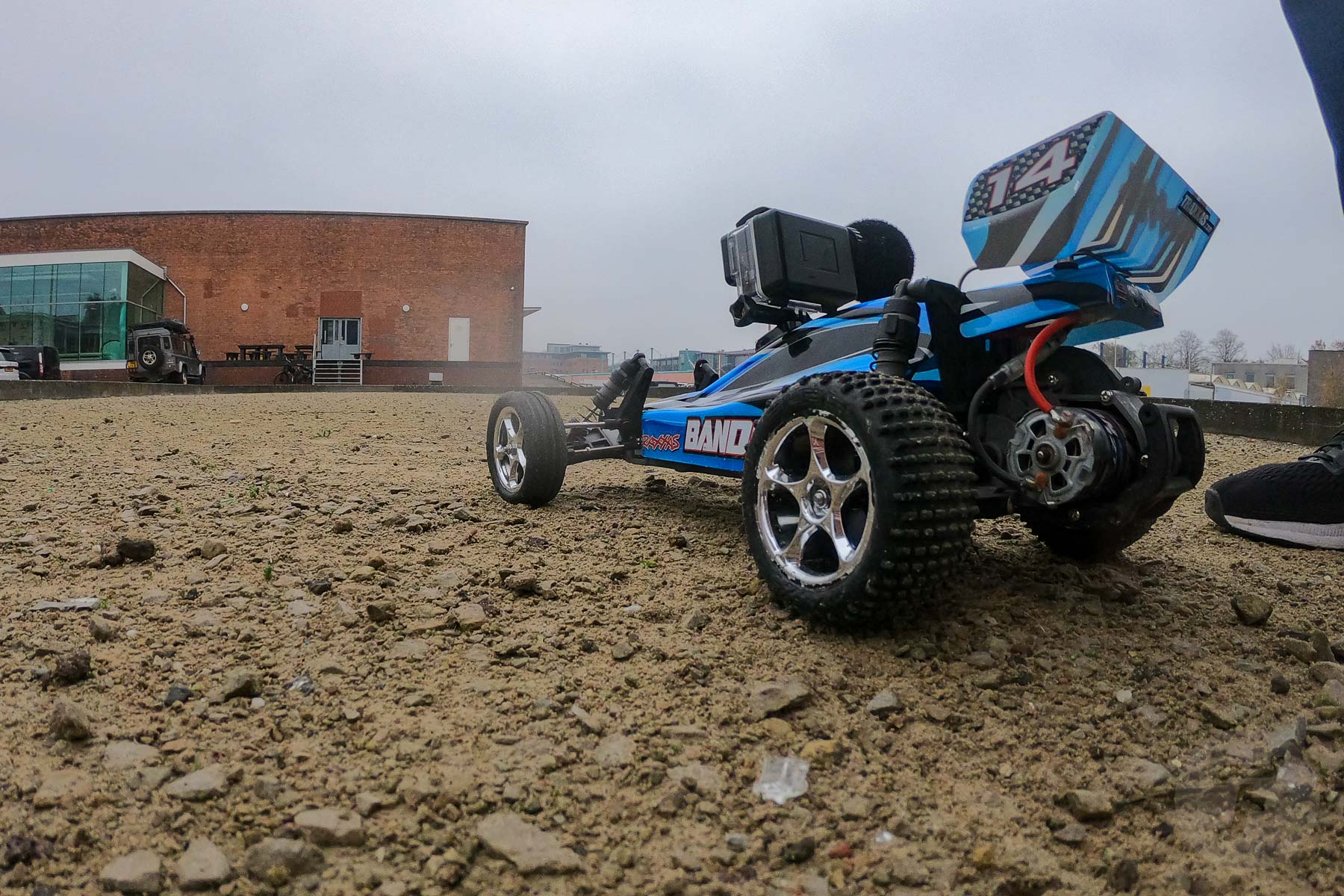 Now it’s up to you, Fratelli!

Which one would you choose to time the laps of your Traxxas Bandit RC car? The technically modern and minimally vintage-inspired Seiko Prospex Speedtimer SRQ037J1, or the overtly vintage-inspired Tissot Heritage 1973? Please leave your vote below and explain why in the comments.

The Fast And The Fratelli — Seiko Prospex Speedtimer Vs. Tissot Heritage 1973