This past week, the Tudor Royal had its international debut. We break it down and ask whether it’s a worthy consideration versus the Rolex Datejust with a slight twist.

A few months ago, we covered the release of the new Tudor Black Bay Fifty-Eight Blue. Despite the fact that it was just a simple color addition, it was met with rave reviews. But keen observers also noted that there was another release from the brand. Something called the Tudor Royal was shown. Unfortunately, it was only released to the Asian market — until now. In this odd year, Tudor waited a few months to “reveal” it to the rest of the world and we actually think it’s a neat watch (well, some of us). But is it a worthy, less expensive, alternative to the formidable Rolex Datejust? 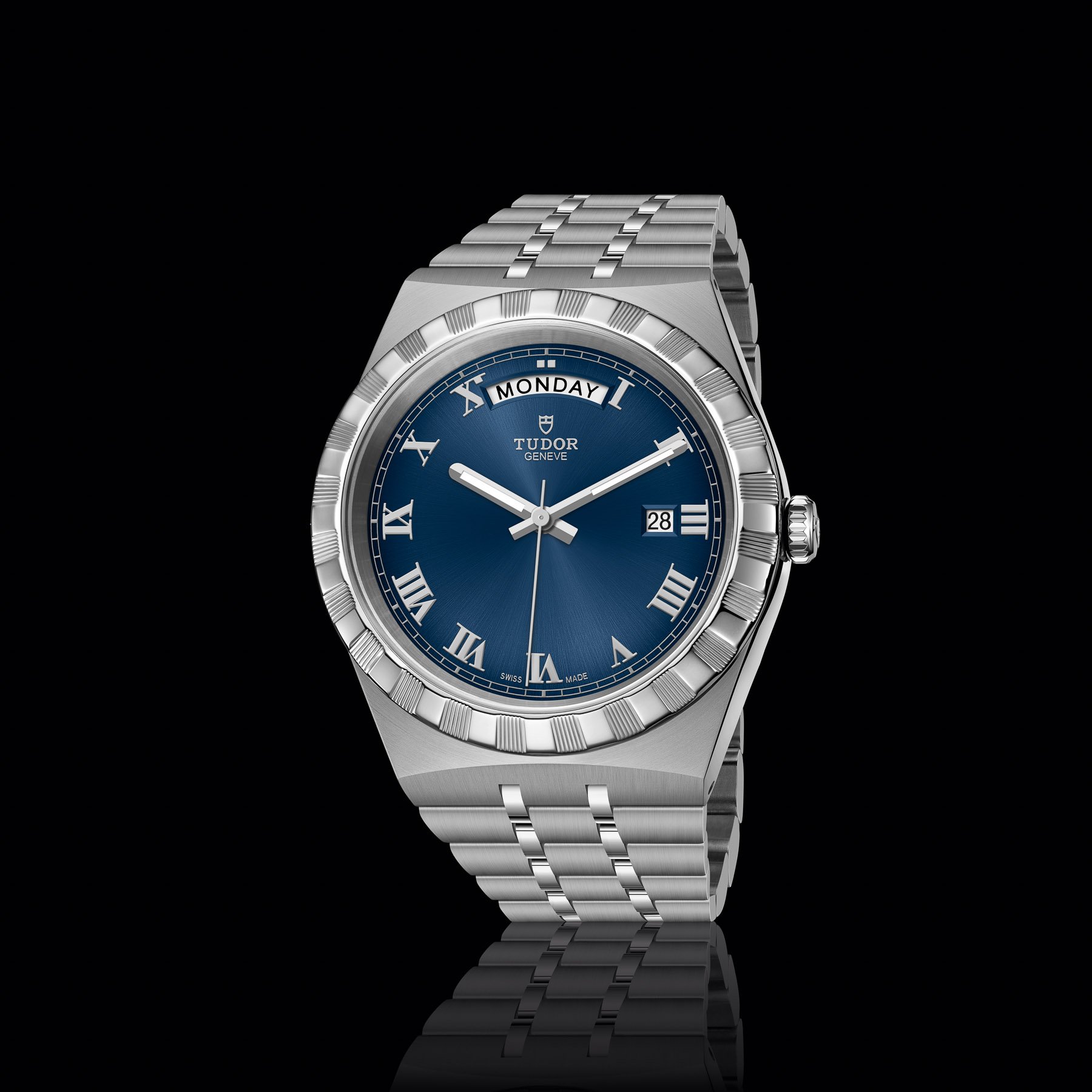 What is the Tudor Royal?

The press material for the Tudor Royal classifies it as “sport-chic”. In our world, that translates to a dressier watch with some mild sporting intentions. More than that, though, it’s immediately obvious that the watch capitalizes on the current fascination with integrated bracelets. And to be clear, this is a proper integrated bracelet with just a couple slim notches in the case to accept links. Viewing it head-on, the new Royal also brings in loads of reminders from the past and draws upon pieces within the Rolex and Tudor back catalog. 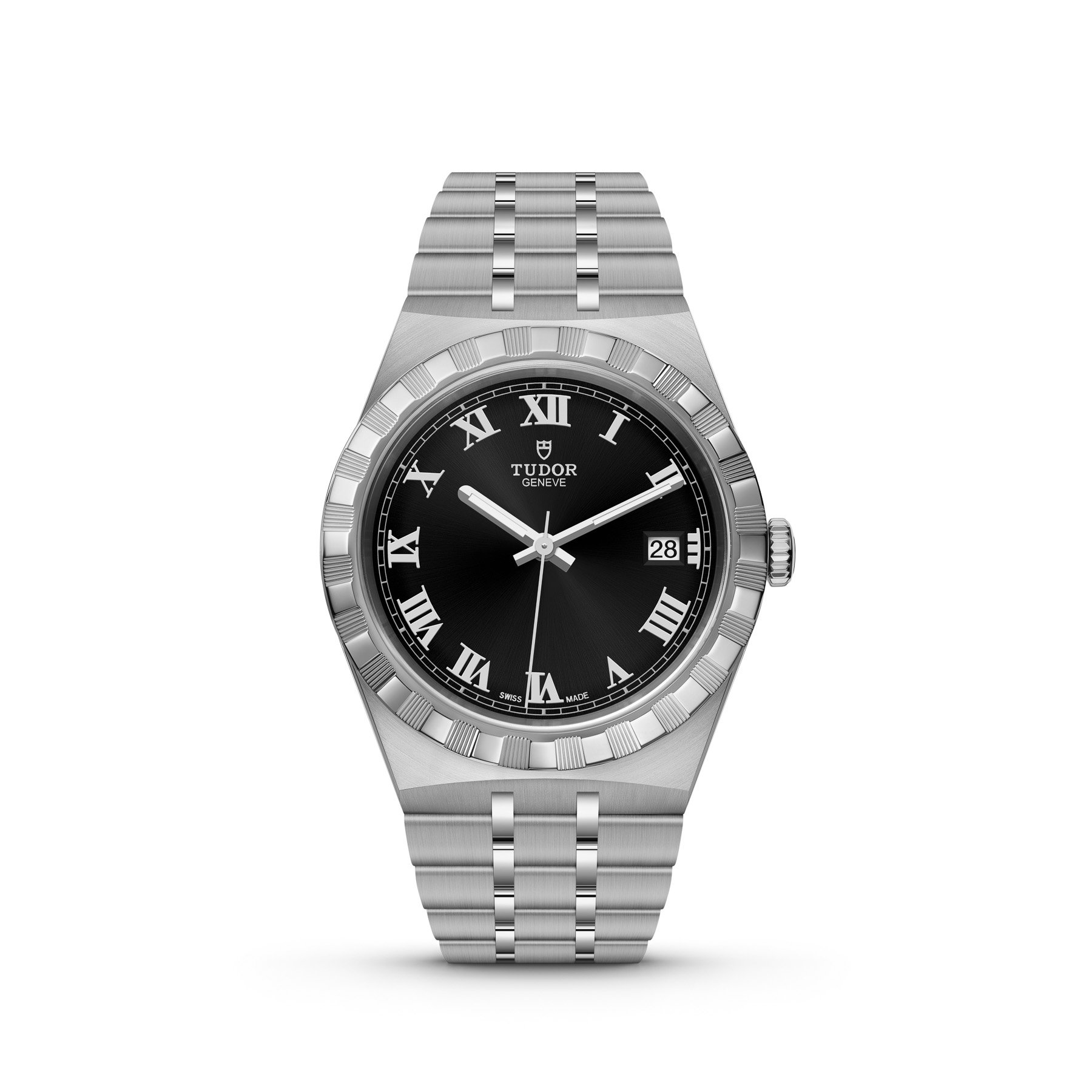 First things first, though. The new Tudor Royal comes in four case sizes — 28, 34, 38, and 41mm. Black, blue, or silver dials can be paired with stainless cases while black is available on a bi-color model. Champagne options are only with bi-color. A mother-of-pearl variant is there in the 28mm and 34mm sizes. Finally, Roman numerals are the standard indices and round diamonds are an extra. 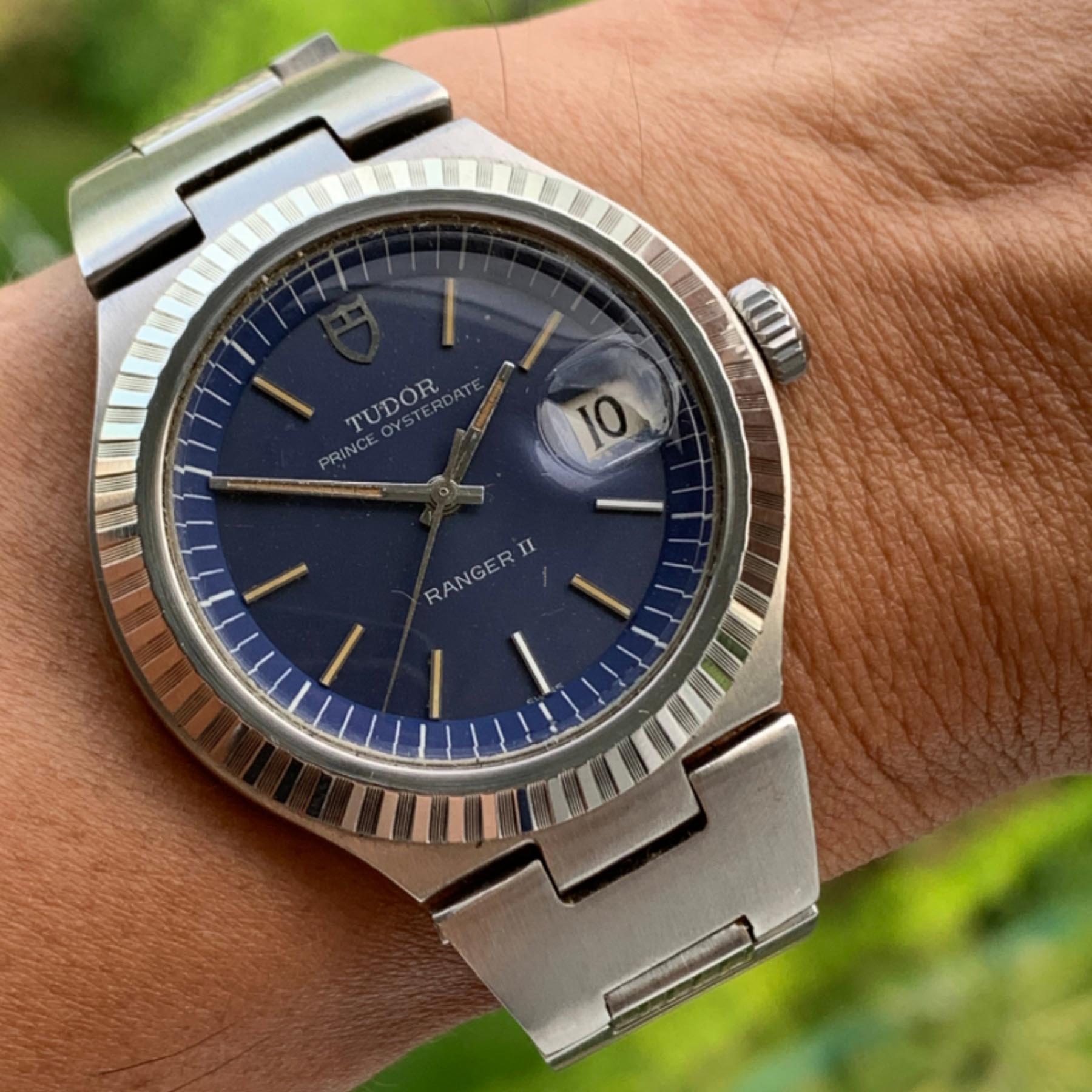 Drawing on a number of watches

Even though we can only make do with press shots at the moment, I’ve taken a long look at the Tudor Royal. The funny thing is that it felt familiar, but not from any one watch. On the Tudor side of things, there are plenty of watches like the Date-Day that, functionally speaking, lend some DNA. However, I think it’s the Ranger II that most closely resembles this watch (the pic above is via Chrono24 and courtesy of seller Chuin Seong L in Singapore). That was kind of a weird 70’s watch that was sporty, but later added things like gold plated elements. It’s a watch that has never truly caught on with vintage collectors and perhaps it was once released as a budget response to the then burgeoning integrated bracelet trend. Funny, eh? 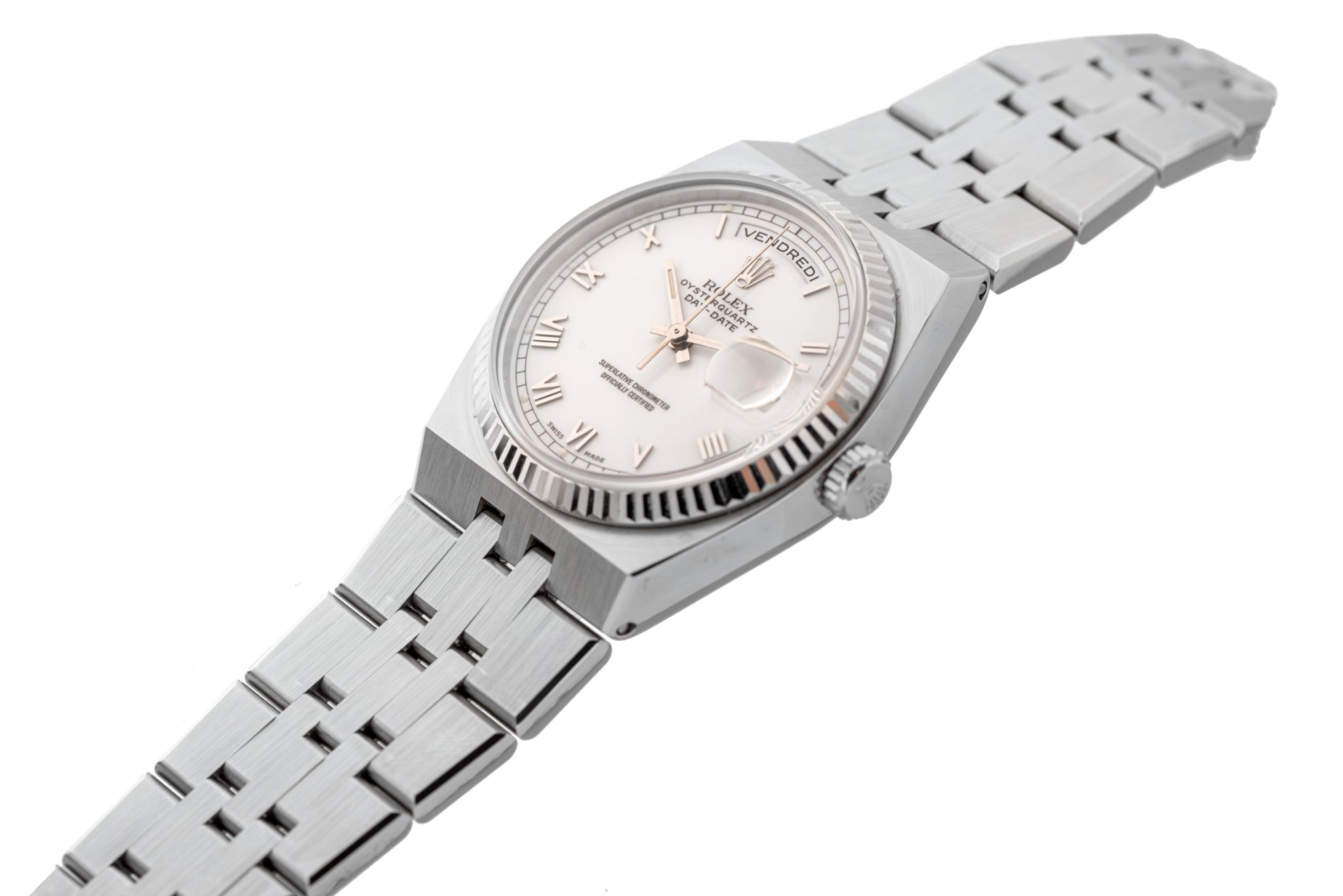 I also see a lot of Rolex Oysterquartz Datejust and Day-Date in this watch. In fact, I think that’s even more prevalent in the case design and overall layout. With this, I draw upon the oft-made comment that Tudor is the more daring, on-trend brand in the Rolex stable. It seems that Rolex has no imminent desire to (re)enter this integrated bracelet game. 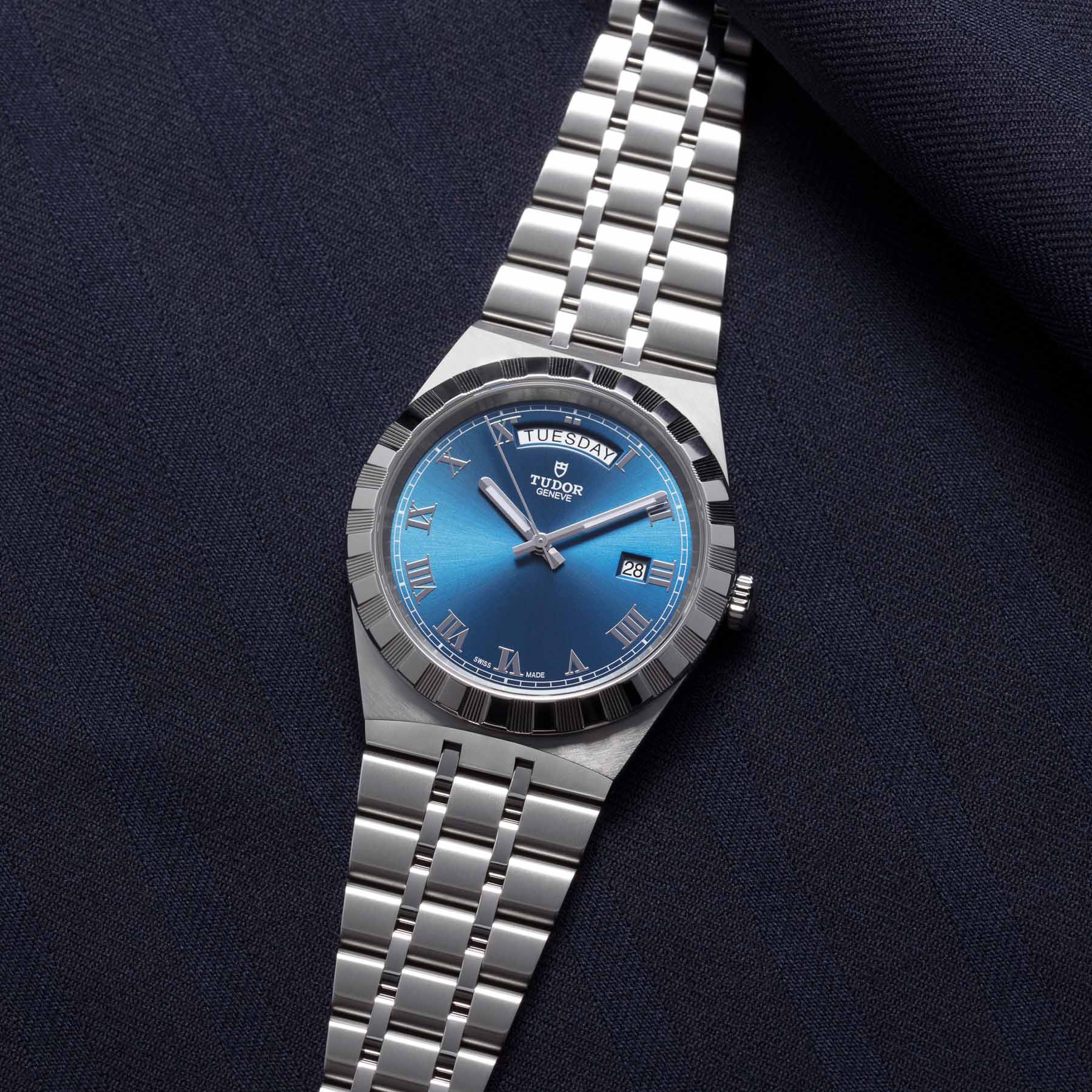 After the watch crowd digests a new Tudor, a typical and usually dangerous question emerges. How thick is it? Well, thankfully, the Tudor Royal makes this an easy question to answer. At just 10.6mm thick, we can thank the slender ETA and Sellita sourced movements. While some pooh-pooh the use of an off the shelf movement, I’m so over this discussion. ETA and Sellita make a great and dependable workhorse that actually aids the form factor here. Much like the Breitling Superocean Heritage ’57 I own with a similar movement, I would’ve skipped it had it been bulky. 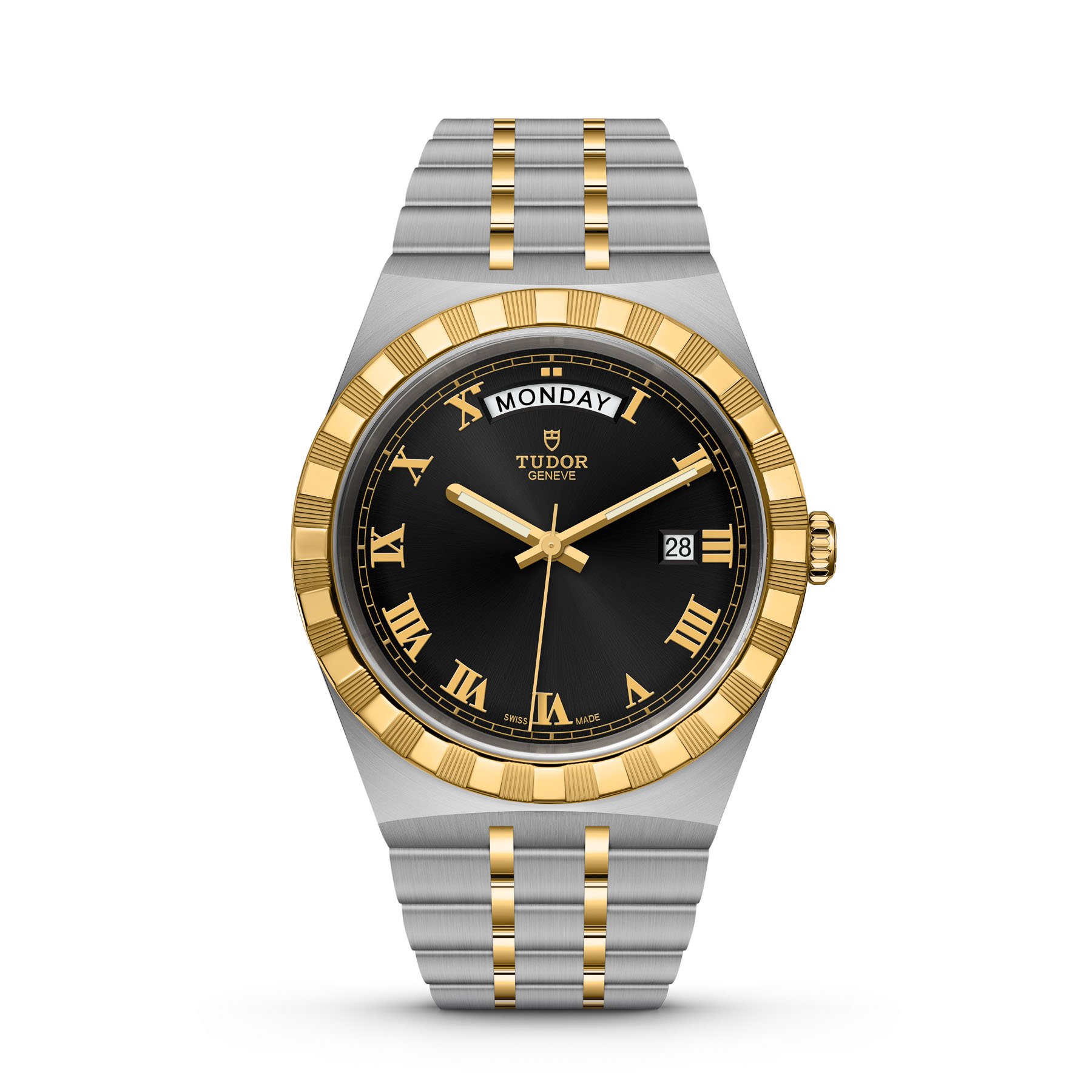 Some early commenters have stated that the Tudor Royal looks a bit bland and some don’t love the bezel. And then there’s one guy — let’s call him “RJ” — thinks it looks painfully similar to the Maurice Lacroix Aikon. And let’s just say that he doesn’t love that watch. All I can say is that I disagree. I think that the new Royal comes off well and I applaud Tudor for making a sharp looking watch at a relatively affordable price. I even think that the bezel looks good and the crown thankfully eschews the oddness on some of the Black Bay models. The dials look clean and legible as well. I will say that I think the blue and black dials look more successful, but that’s down to personal preference. Yes, they look a lot like Rolex watches. 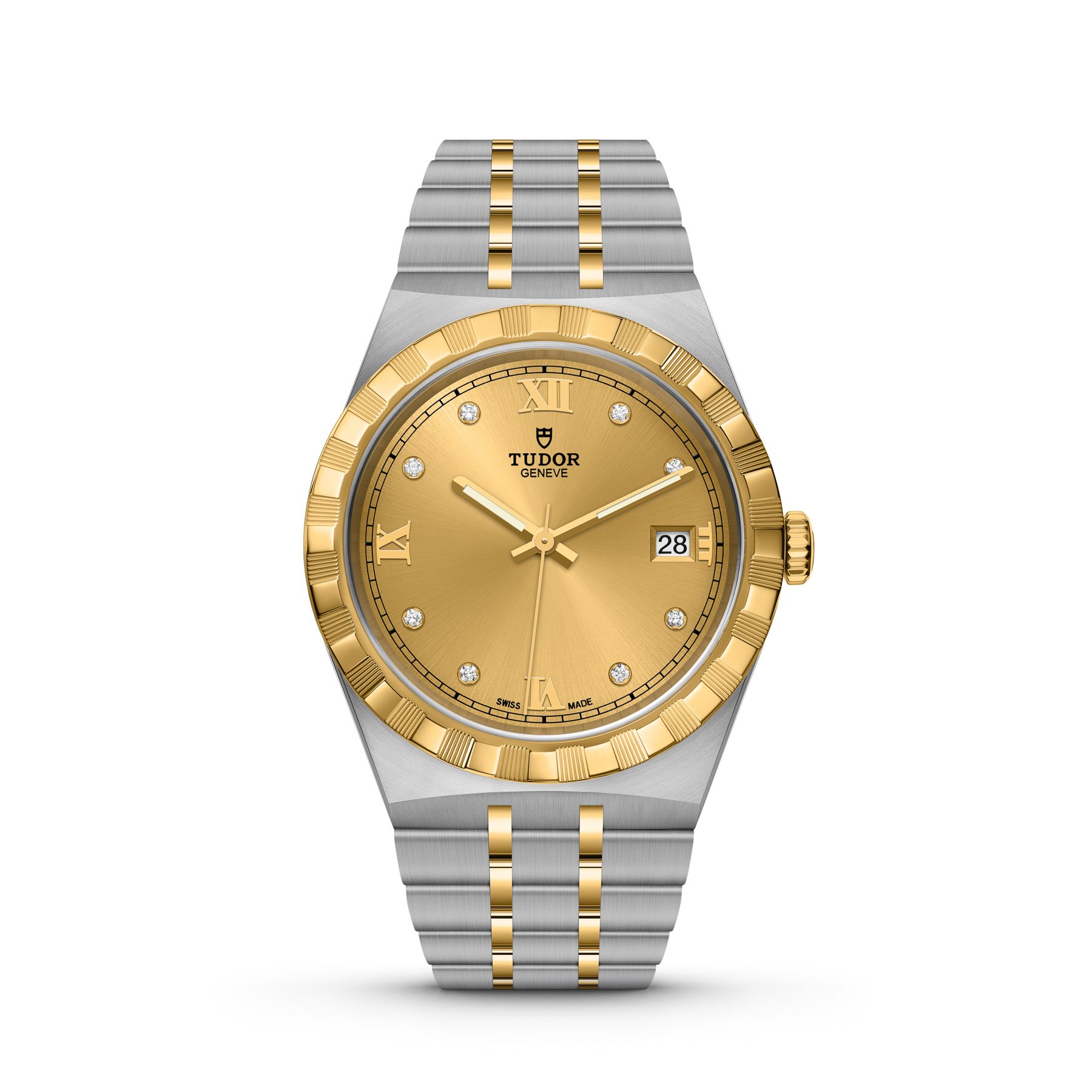 My only question with a watch like the Tudor Royal is whether it’s a flash in the pan. I say that because I think about watches like the Ranger II or any of the Oysterquartz models and they just don’t register as classics to me. That’s a pretty contentious comment, especially on the latter model, but I still see them as a bit passé. On the other hand, integrated bracelet watches like the Royal Oak clearly have staying power (and no, I’m not saying that the Tudor Royal is some future icon), so maybe this trend is truly here to stay. And hey, I even got a random message from a friend who likes watches (but isn’t an addict like many of us) and he really likes the looks of the new Tudor Royal. 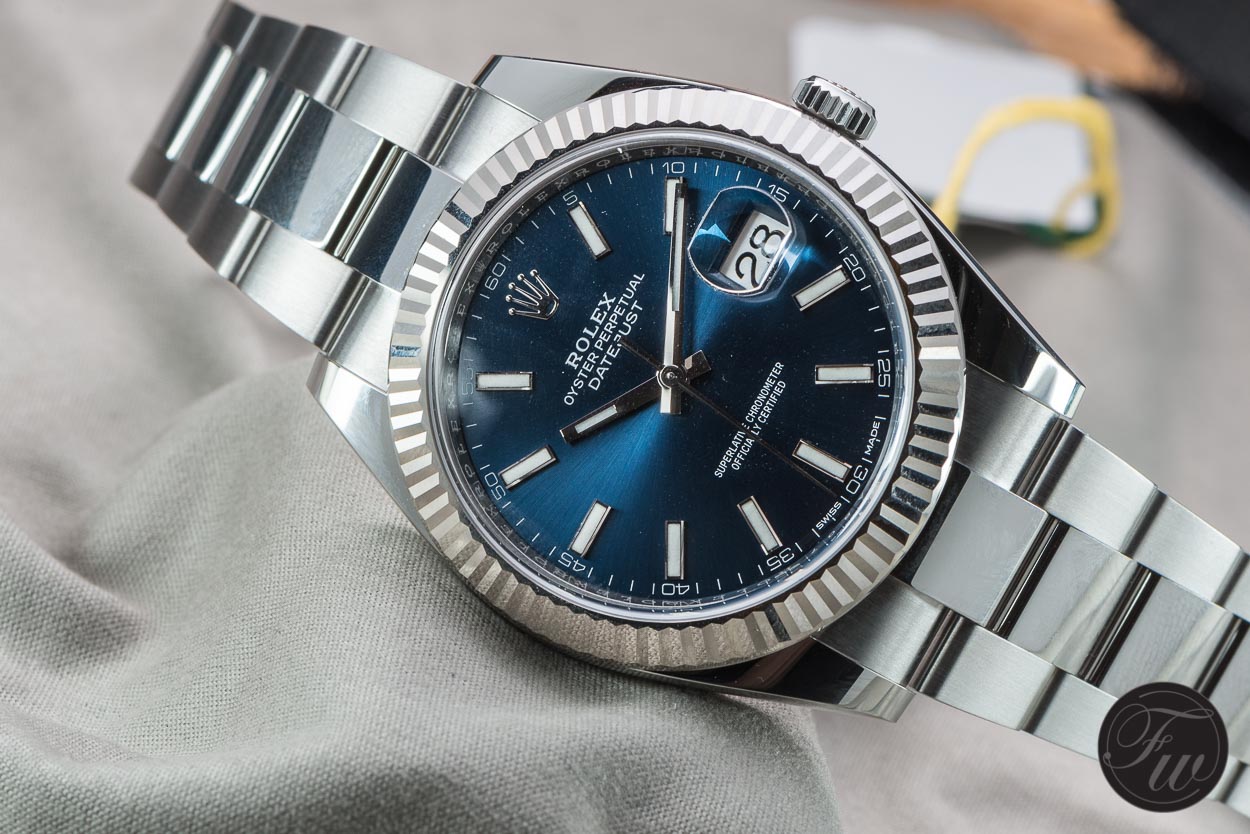 Spending a moment on the Rolex Datejust

Before we get too carried away here, I’m really not suggesting that the Tudor Royal is a true competitor to the Rolex Datejust. While the Tudor will boast some fantastic finishing at its price level, the Rolex should deservedly blow it away. Then again, a steel 41mm Datejust begins at €9,000 while a 36mm model starts at €7,800 (visit Rolex for more). Just to be clear, you could basically choose four Tudor Royal variants for the price of one Rolex. Of course, a Rolex is a Rolex and that means an exceptional in-house movement, chronometer certification, a wonderful bracelet, and some real brand recognition. And I must say that while I don’t find a Datejust super exciting, it is one fantastically crafted piece of kit that can stand the test of time. 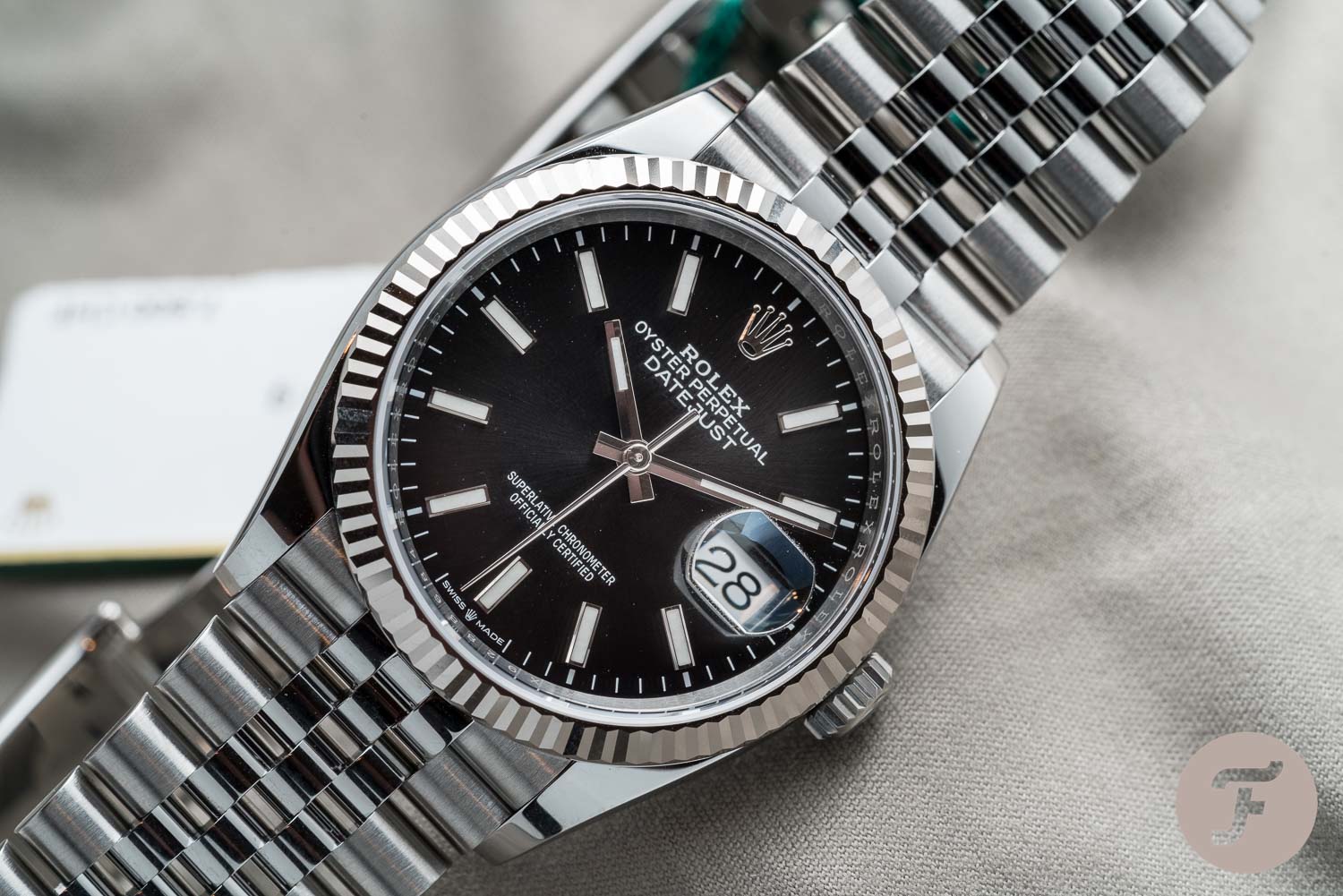 The Datejust, though, occupies an interesting space. Sure, it’s in the same dressy sporty watch category as the Tudor Royal, but I think things have changed. One generation ago, it felt like the Datejust was the typical rite of passage watch. Perhaps it still is, but I think that sportier pieces like the Submariner and GMT-Master II have stolen much of its thunder. Still, I do find that especially as people mature, a Datejust feels like a more age appropriate choice for many. But do a lot of those folks truly want a Datejust or do they simply get one because they think they should? And if there were a well-made option within the Rolex family that gets them 90% of the way there such as the Tudor Royal, would it actually be considered?

So, let’s pose this question. I don’t think we need to ask if the Tudor Royal is “better” than a Rolex Datejust. No, I’m curious if you think it’s a suitable stand-in for a Datejust if you’re interested in dipping your toe into the sporty dressy category, but not sure you want to drop massive amounts of money. If you think there are better, more classic affordable options, let us know in the comments section.