The definition of ultra-thin just got a new meaning when Piaget introduced their Altiplano 38mm 900P timepiece earlier today. It is the world’s thinnest mechanical watch with a hand-wound movement. A watch that merely measures 3.65mm in height. The 900P reference finds it roots in the very first ultra-thin movement made by Piaget in 1957, caliber 9P. 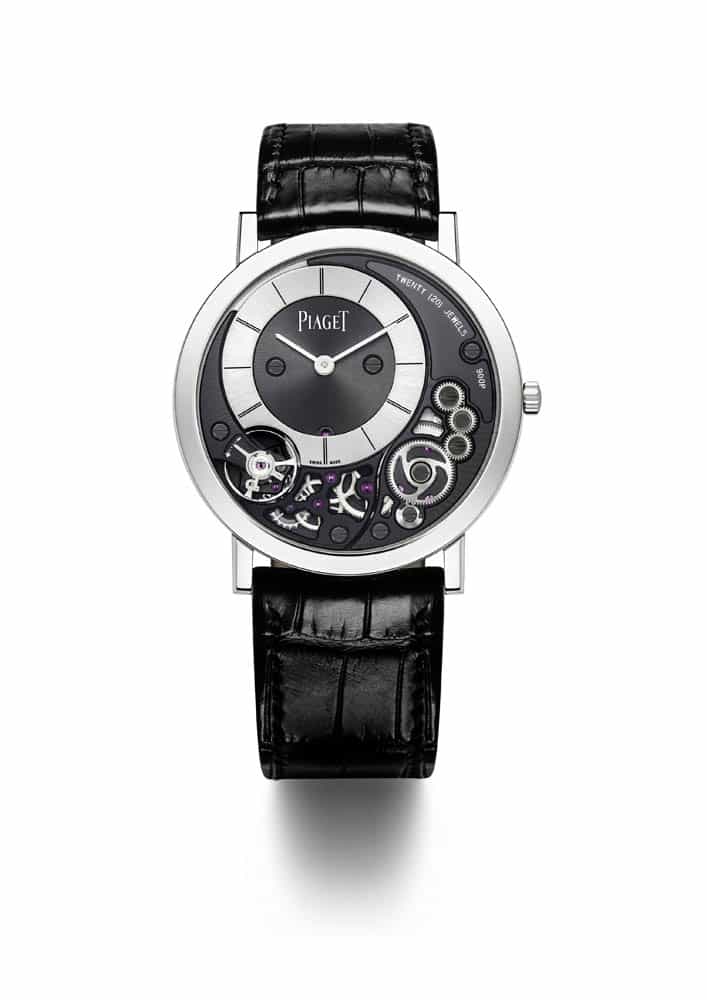 Piaget has a thing going on for ultra-thin watches, that’s for sure. Since 1957, Piaget has developed and manufactured 23 ultra-thin calibres (out of the 35 movements that they developed and produced in-house). 12 of these ultra-thin movements has set new records for being the thinnest movement world wide.

The skilled watchmakers of Piaget are constantly pushing boundaries in order to create a new ultra-thin movement. Perhaps the caliber 430P being one of the most favoured and famous movements of them all.

For this Piaget Altiplano 38mm 900P the Piaget production facilities in both La Côte aux Fées (movements) and Plan-les-Ouates (cases) worked closely together to get a matching ultra-thin case to fit the ultra-thin 900P movement. Piaget claims to have worked for a full three years together on this ultra-thin timepiece. The Altiplano 38mm 900P consists of 145 parts that have been meticulously made to fit together and result in the thinnest watch out there. A painstaking process for all watchmakers, engineers and designers involved. Some of the wheels used for the movement are barely thicker than a hair’s breadth and approximately 40% thinner then what’s considered to be normal. 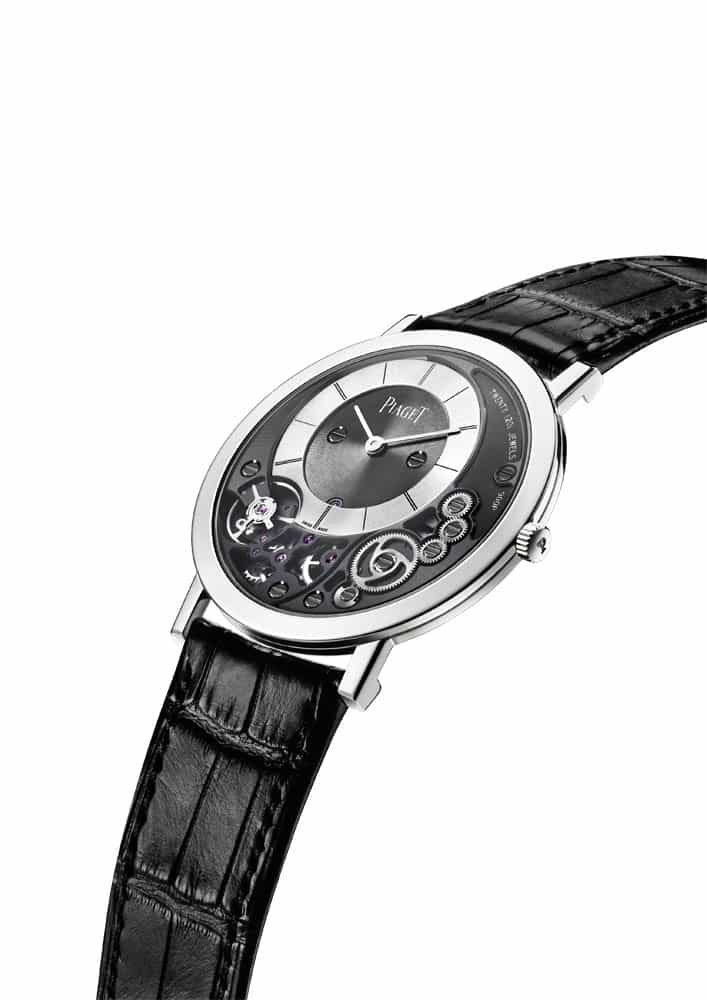 As you can see, the Piaget Altiplano 38mm 900P has a decentralized dial and shows parts of its ulta-thin movement to the wearer. The balance wheel can be admired at an aperture at 7 o’clock on the dial. The open worked dial also shows part of the gear train and the black coated movement can be admired as well, including some of the screws that hold the movement together. A bit of an industrial look but yet very classy.