The Omega Speedmaster Snoopy is perhaps the most popular modern variation of the Moonwatch. The first Speedmaster Snoopy Award was introduced in 2003, and the third — and final — model in 2020. Where the first two Snoopy models were limited editions, the last version is not. That said, the Speedmaster Silver Snoopy 50th Anniversary is not that easy to obtain.

In this video, I will guide you through all three versions from 2003, 2015, and 2020, giving you some background on each of them. Where the first Speedmaster Snoopy Award from 2003 was based on the then-standard Speedmaster reference 3570.50 with a Snoopy patch at 9 o’clock and a case back with the same image, the second Speedmaster Silver Snoopy Award (45th anniversary) had more to it. It’s a white dial with a lot of storytelling going on, and on the case back you’ll find a silver Snoopy on an enamel background. This black-and-blue background represented the night sky with silver powder stars. 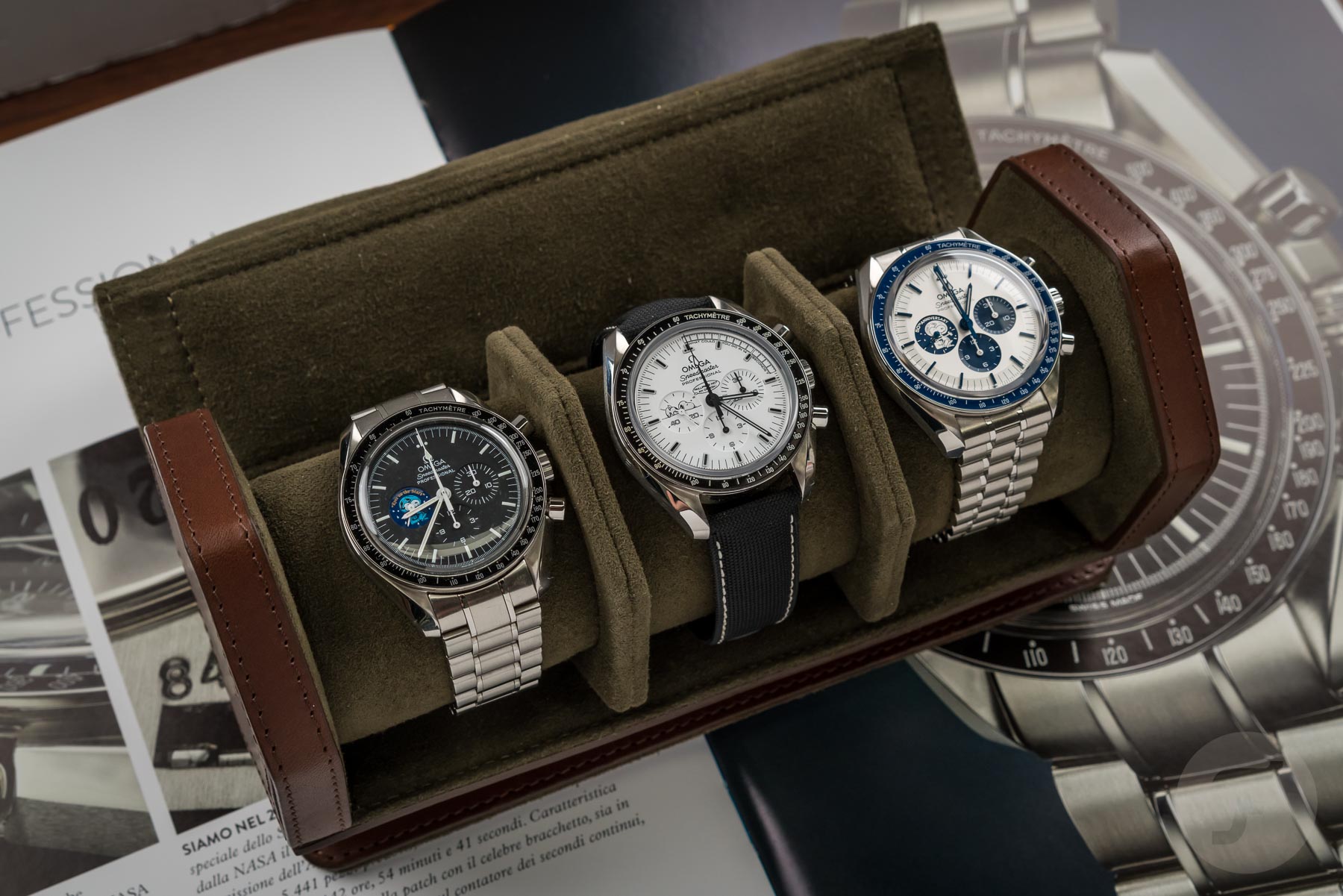 In 2020, on the 50th anniversary of the Snoopy Award given to Omega on October 5, 1970, the brand introduced the third Speedmaster with the Snoopy theme. The sterling silver blue panda dial had Snoopy pictured in the subdial at 9 o’clock while on the case back, you’ll find an automaton. The rotating earth is connected to the small second’s hand, while the chronograph second hand was connected to this invisible hand on the backside of the watch, carrying the space capsule with astronaut Snoopy inside. Because of these additional complications, Omega had to make the chronograph hand on the dial side of the watch extra lightweight.

Enjoy the video and let us know which one is your favorite.