Will you lose your shorts for quartz and $3,900?
Michael Stockton
comments 0
Share

Welcome back to Wrist Game or Crying Shame, the weekly article that puts your hand eye coordination skills to the test. Yes, we ask you to click a button in order to tell us if you’d wear our watch of the week or not. Today, we look at a white whale of sorts with the Grand Seiko SBGX115. But first…

Last week, I asked you to look at a homely kinda old Rolex Submariner 14060. It wasn’t overly special, but it was special enough in your eyes to conquer with an astounding 85% Wrist Game win. I’d liken that 15% to the one person who didn’t vote for Derek Jeter on their Hall of Fame ballot. Jeez, and I can’t stand the Yankees… We’re going to keep on the diving theme today with a look at the very recent, but likely forgotten, quartz Grand Seiko SBGX115. 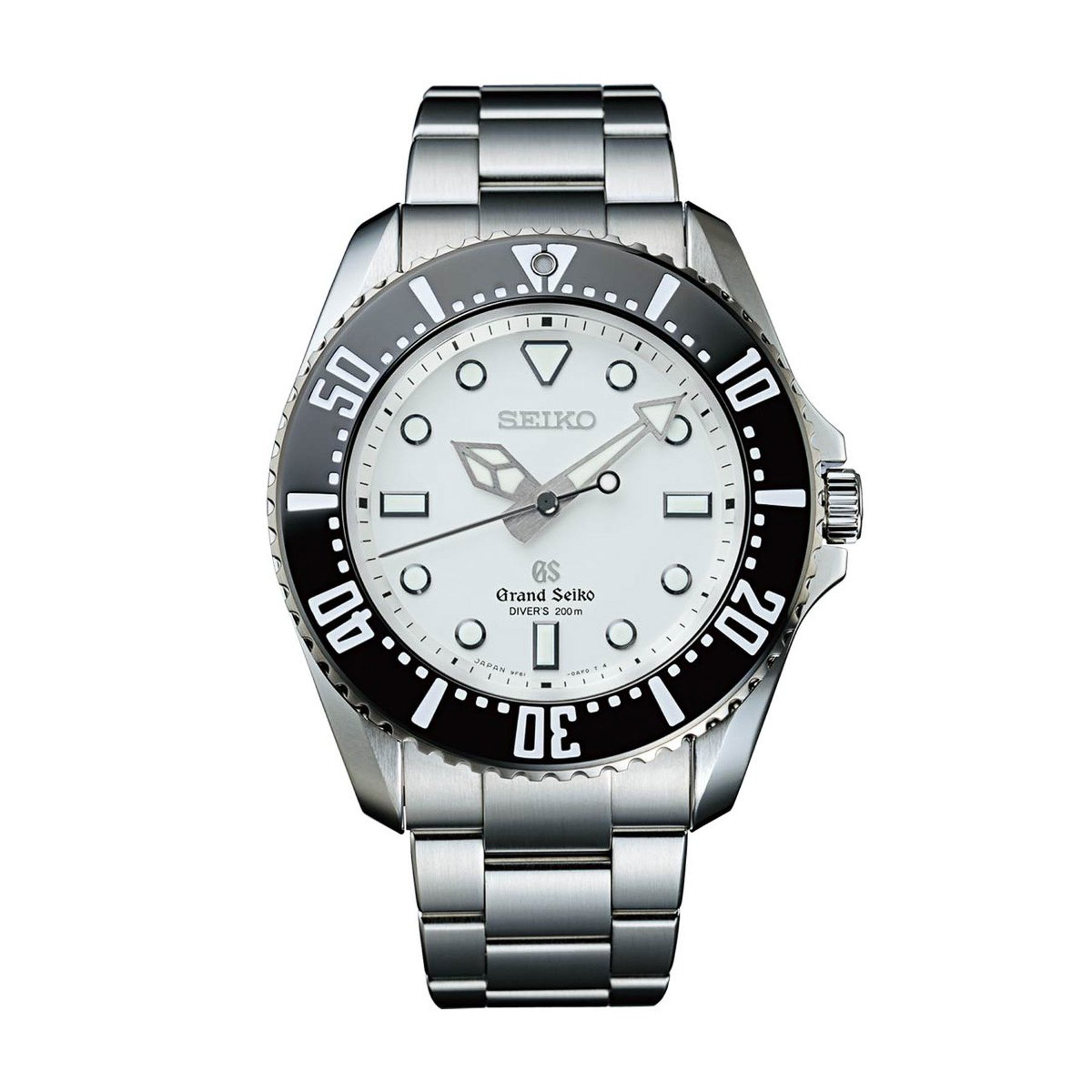 Japan — a land of electronic wonders

Before we dig into the Grand Seiko SBGX115, it’s worth spending a moment on Japan. I’ve mentioned my travels to Japan in the past, but I’ll resurface some basic points. Japan – specifically Tokyo – is the most different modern city I’ve ever visited. Travel to any Western major city and aside from the historical sites and small differences at the supermarket, things become familiar quickly. Japan, on the other hand, is like a futuristic movie where everything is clean, tastes good, and hi-tech (although there are some odd anachronistic surprises). It’s also a watch crazy place with fans of the homegrown brands and the Europeans.

…the timekeeping specs are pretty ridiculous.

As a dyed-in-the-wool mechanical watch person, repeated trips to Japan ultimately broke my will. I have come to accept quartz. But more than that, I’ve grown to enjoy the maniacal dedication to continuous improvement possessed by the Japanese. As you’ll see with today’s Grand Seiko SBGX115, the timekeeping specs are pretty ridiculous. But when I say “ridiculous”, I mean that literally no one would ever notice them. Why is that? Because a normal quartz watch is already so good. But as watch people, we’ve long subscribed to over-specification and infinitesimal detailing. This Grand Seiko is no different. 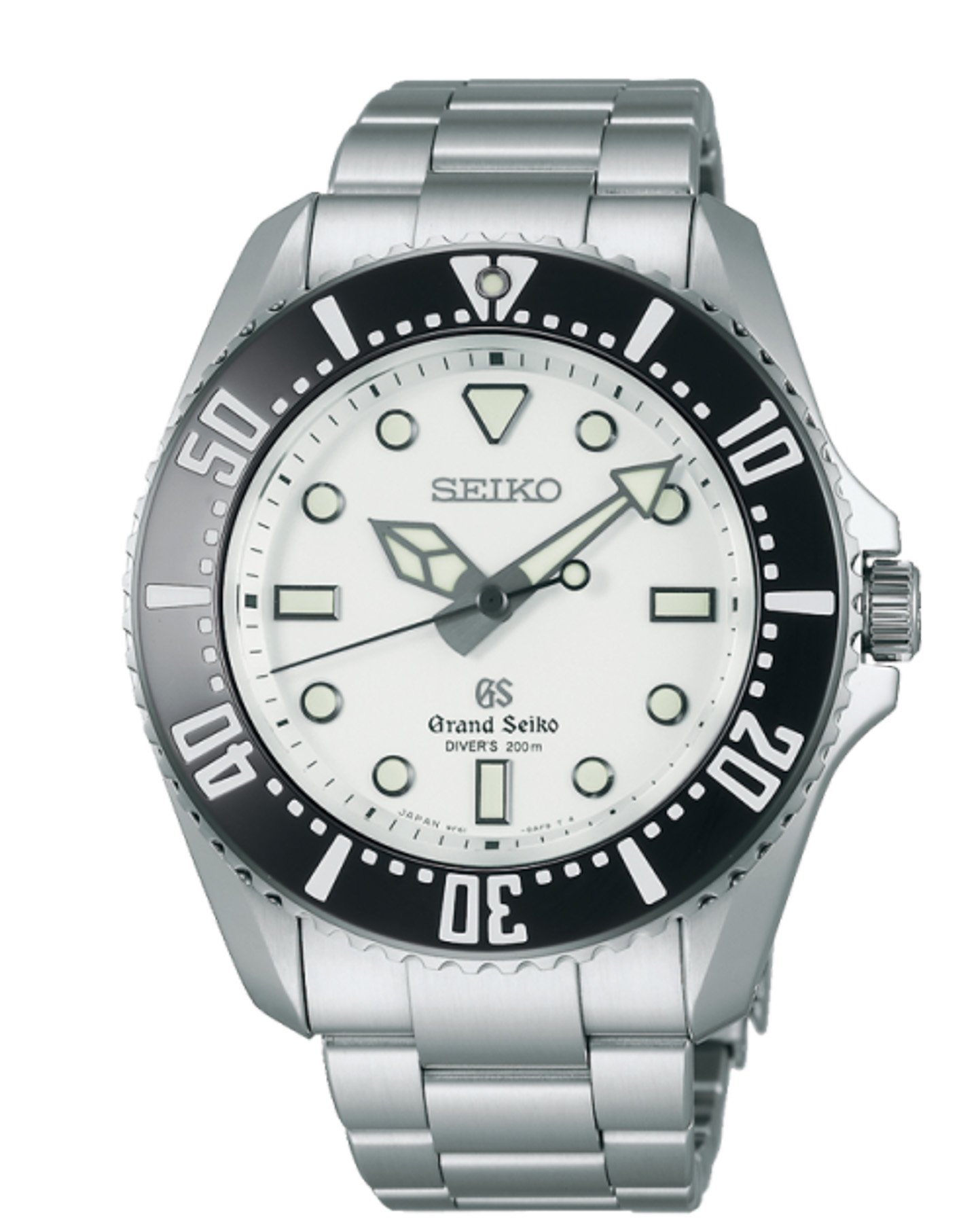 The white-dialed Grand Seiko SBGX115 and its black-dialed sibling, the SBGX117, were introduced in 2015. As such, they were the first ever Grand Seiko quartz divers. That’s kind of a big deal historically, but the news hardly registered within the greater watch world. For true fans of the brand, though, they realized that Grand Seiko hadn’t used any old quartz movement. No, the 9F61 quartz was employed and if you’re a student of the game, that’s a rather badass addition indeed. Whereas typical quartz movements have an accuracy of +/- 10-15 seconds per month, the 9F loses or gains 10 seconds per year. Like I said, this type of achievement is all but unnoticeable, but it’s still cool. 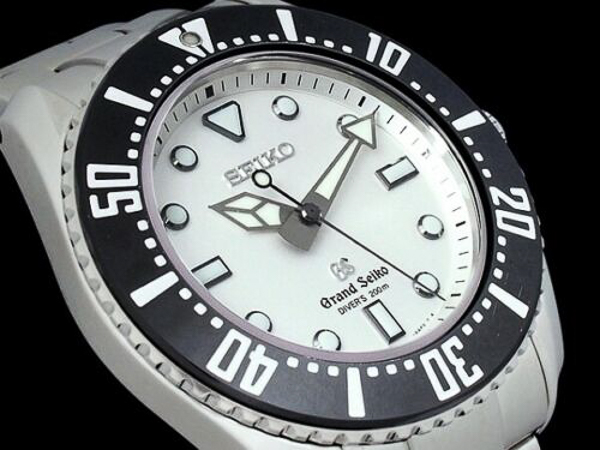 The 9F61 movements used in the Grand Seiko SBGX115, and other models, are put together by hand. The movements feature thermocompensation which is responsible for the incredible accuracy. Essentially, an integrated circuit (IC) measures the temperature 540 times each day and then alters the oscillation of the quartz crystal to improve accuracy.

The 9F is also a high torque and that allows it to use heavier hands. That’s important for a diver with big lume filled indicators. What’s more is that the seconds hand actually moves twice each and every second. An automatic adjusting mechanism with a spring actually helps the seconds hand point exactly to the center of the index or minutes line. That’s pretty cool and resolves an issue frequently seen on lesser quartz. Oh, and one other supreme nicety is the lack of a date window. 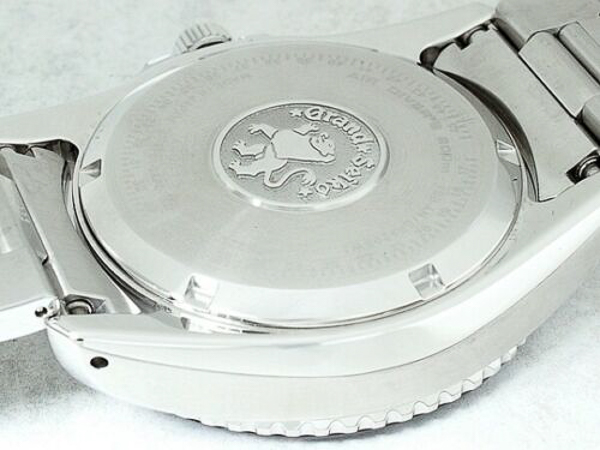 The Grand Seiko SBGX115 is a unique piece because it was the only white diver from the brand. It featured hand-applied indices and “Seiko” logo. Cathedral hands with a brushed surface make an appearance as well. The unidirectional black bezel looks to be ceramic, but I’ve honestly not been able to confirm that. Seiko included an inoffensive Oyster-style bracelet with a deservedly maligned stamped clasp including extension and safety flip-lock.

The finishing was amazing and they fit very nicely.

The SBGX115 comes in at 42.7mm in diameter with a lug-to-lug of 50mm and 22mm wide lugs. The thickness is reminiscent of a Submariner at 13mm. The case shape has an overall design consistent with earlier models like the 44GS and that includes a crown at 3:00. As an aside, I tried these watches on at a department store in Shinjuku. The finishing was amazing and they fit very nicely. Pricing, in the US at least, came in at $4,100. Needless to say, that’s a lot of money for a niche quartz watch. 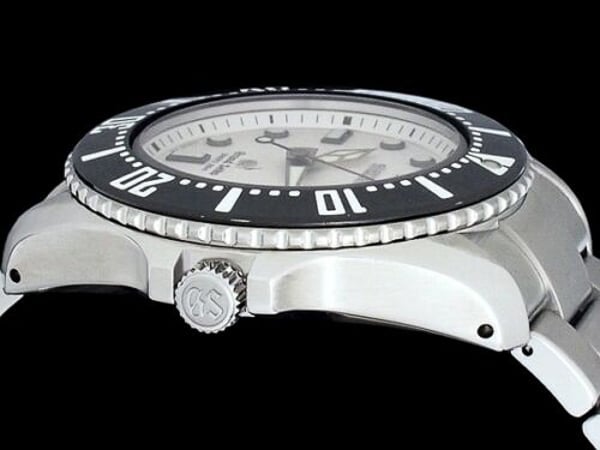 People who wanted a very high-end quartz diver found the perfect answer in the Grand Seiko SBGX115. Obviously, that was a small population, but I still remember these showing up on a lot of people’s lists as their “one watch” to set and forget. The only gripe was a semi petite 200 meters of water resistance. These watches made their way to international markets, but when Grand Seiko decided to remove its “Seiko” name around the 2018 timeframe, these watches were unceremoniously cancelled and replaced by the SBGX335/337. The successors use the same movement, but grow by 1 mm, shift the crown to 4:00, and lose a white dial option. 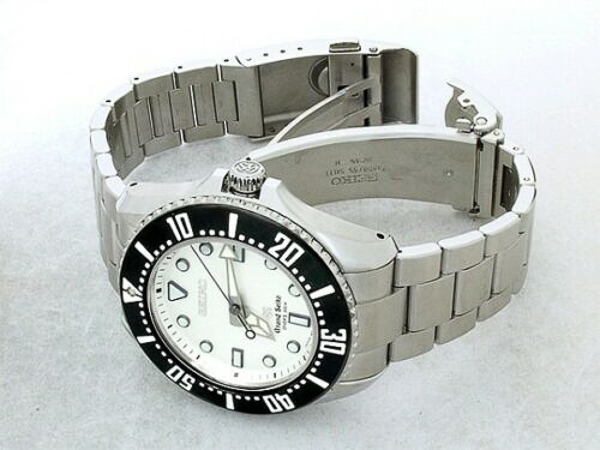 It’s pretty odd that the Grand Seiko SBGX115 was only around for about 3 years. If you think that translates into a rare watch, you’d be correct. I’m no internet Sherlock Holmes, but I found exactly one SBGX115 for sale online. Unsurprisingly, it’s in Japan and the seller only ships to Japan. That’s not so useful, but here on Wrist Game, we’re honestly more about the hypothetical. 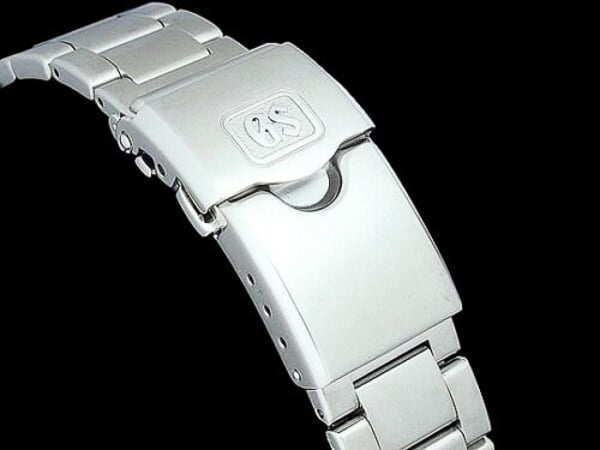 The grainy pics are courtesy of the seller, but I’ve also included a couple of press shots. The example for sale here looks to be in decent shape, but lacks its box and papers. It does have some gratis grime on the bracelet, however.

The price on this example is $3,900 or best offer. That’s a small discount versus retail and the few past recent sales I found show similar strong resale value. Essentially, if you want one of these, you’ll have to pay. Funny enough, Seiko boutiques offered a rare discount on all their outgoing GS models with the old Seiko logo on them and I missed my chance at grabbing one of these. The question to you is whether you’ll make that same decision. Let’s start the voting!