Welcome back to Wrist Game or Crying Shame where your click just might be the hardest decision you’ll make during Summer vacation. Today, we’ll look at a Tudor Big Block 79180 and ask for your thoughts. But first…

Last week, we prefaced this week’s big theme by bringing in a rare transitional IWC Big Pilot 5002. Sadly, this aviator never left the ground and stayed parked with a 63% crying shame defeat. Given the diameter of that watch, I can’t say that I am surprised. But what about a little heft in the thickness department? Enter the Tudor Big Block 79180. 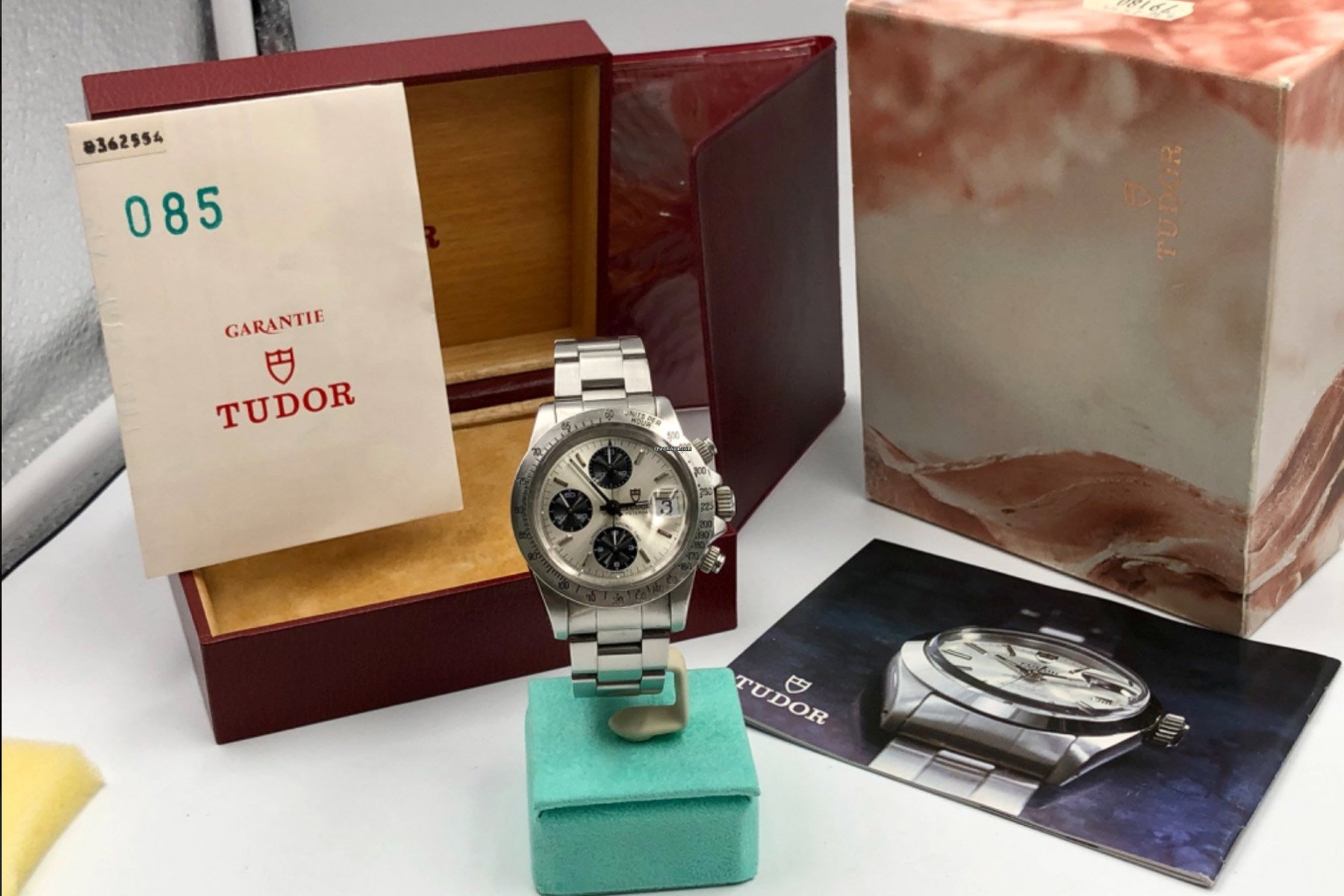 We’ve spoken a lot about Tudor recently. With the recent release of the Black Bay Fifty-Eight in Blue, I guess it makes sense. After all, the world is a mess right now and the Rolex understudy gave us something positive. The Tudor Big Block 79180, on the other hand, moves away from the diver theme and into the chronograph realm. If you head all the way back to 2015, you can read an article about my 79180. If you do, you’ll came away with a few points. 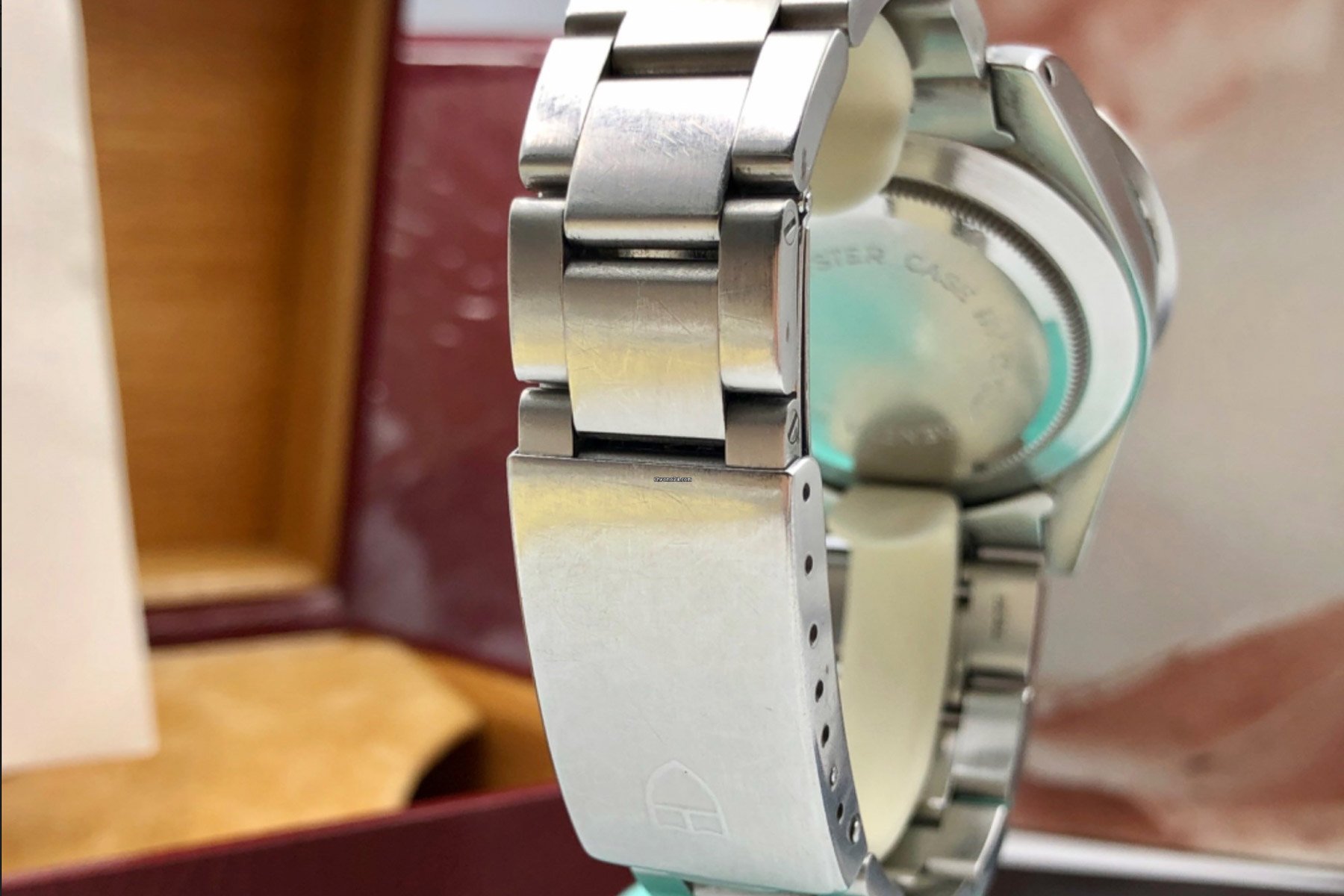 I think it’s always worth mentioning that Tudor, as a brand, is a bit like the Rolex test bed. Or, maybe it’s the the company’s opportunity to stay a little more on trend. However you see it, the fact remains that the Big Block was the first automatic chronograph from the collective organization. In 1976, the 9430 Chrono Time debuted and used a 7750 movement. The dial and bezel styles would change over time, but the basic watch would stay on — in true snail pace Rolex fashion — all the way until 1988. Coincidentally(?), 1988 saw the first automatic Daytona come to market.

The Chrono Time picked up the Big Block sobriquet due to it chunky chase. From the top, it looks perfectly Oyster, but from the side, it’s far more “double Quarter Pounder with Cheese”. Coming back to my 2015 #TBT article, you’d be correct that I’ve never entirely warmed to this aspect even though, at 14.5mm in height, it’s actually middle of the pack in today’s world. With a 40mm stainless case and just 44mm in length, perhaps I should give it another whirl. 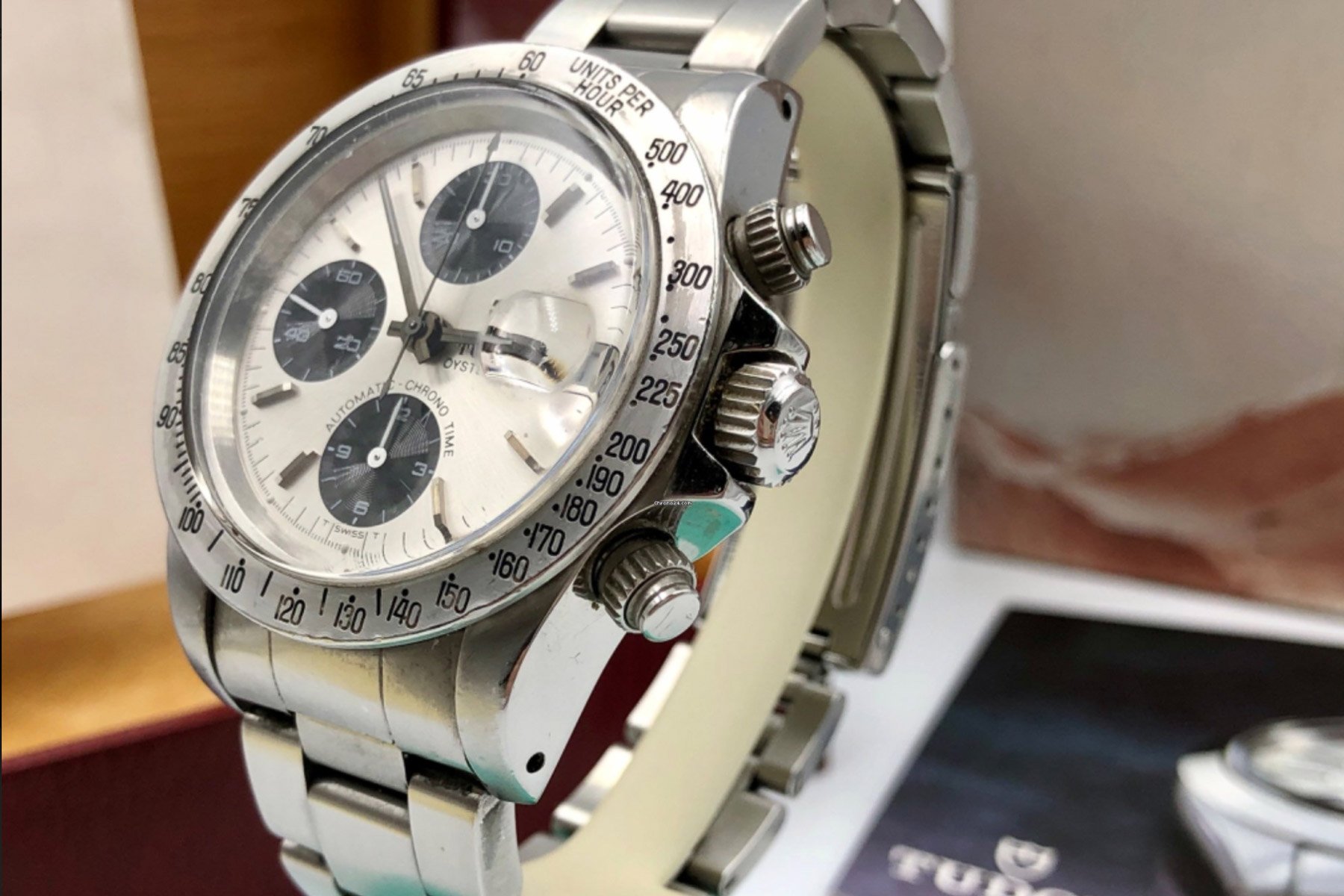 A lot of Rolex goodies in the Big Block

I think we also need to call out the fact that Tudors in this period really used a lot of Rolex goodies. There was an odd transition period where the Big Block had a wonderful 78360 that used a Rolex clasp and then switched to the Tudor shield. Functionally, they’re identical and the 78360 is such a gem no matter what the whiners say about its stamped clasp. Ditto on those tall stamped 589 end links that allow graceful draping over small wrists like mine. The Rolex coronet remains on the screw-down crown and sits betwixt screw-down pushers. If you’re thinking that there’s a lot of Daytona DNA here on offer, you’d be correct. 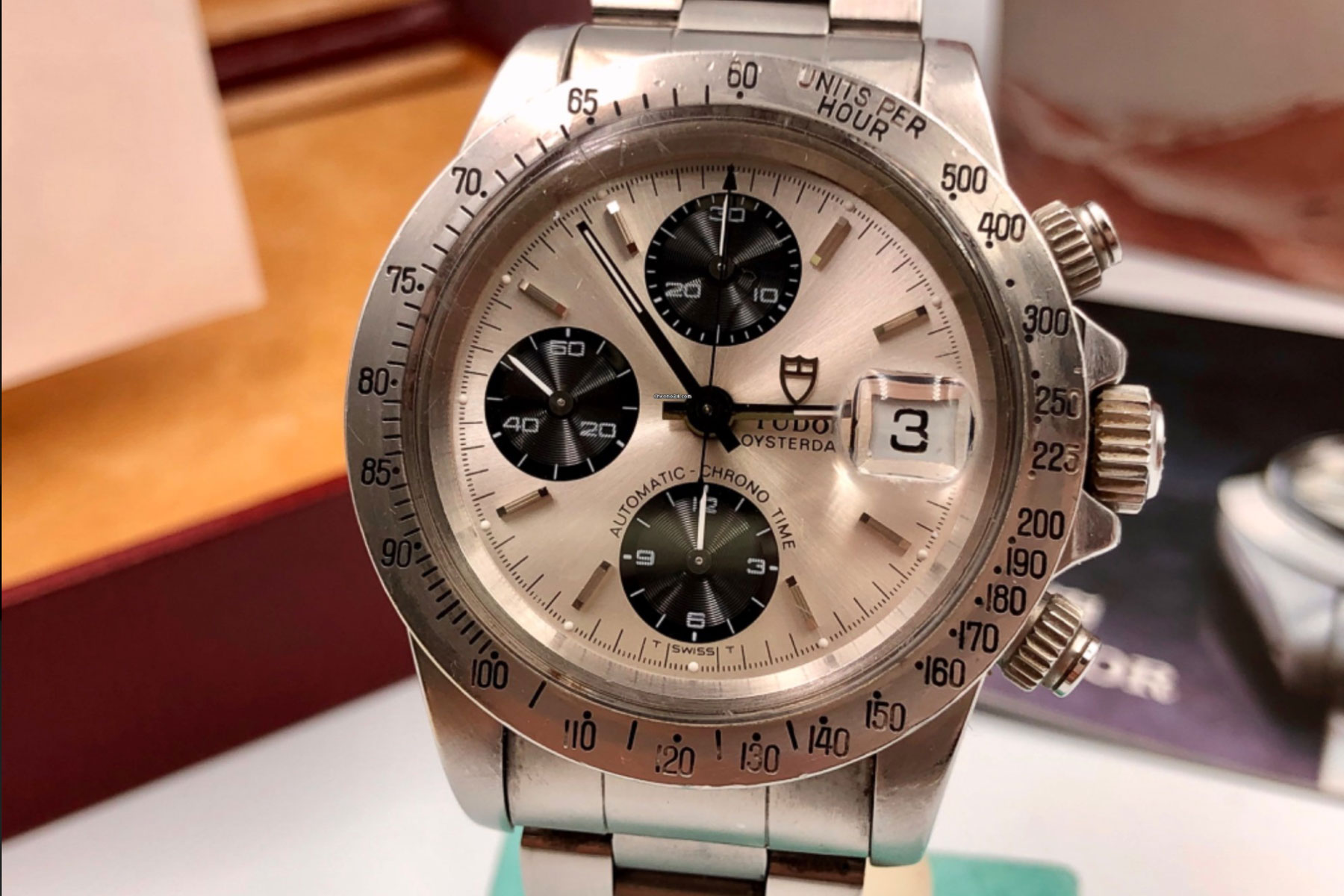 Regarding the dial, the Daytona theme carries forward once we exit the exotic Monte Carlo period. We get similarly applied stick markers, an applied logo, and little lume pips along the edge of the dial. Even the slender hands and arrow-tipped chronograph seconds hand bear a strong family resemblance to the then-manual flagship. Flipping it over, we’re greeted with a threaded case back that nods to its Rolex origination. As an aside, the more I type this the more I’m realizing how cool this watch really is. 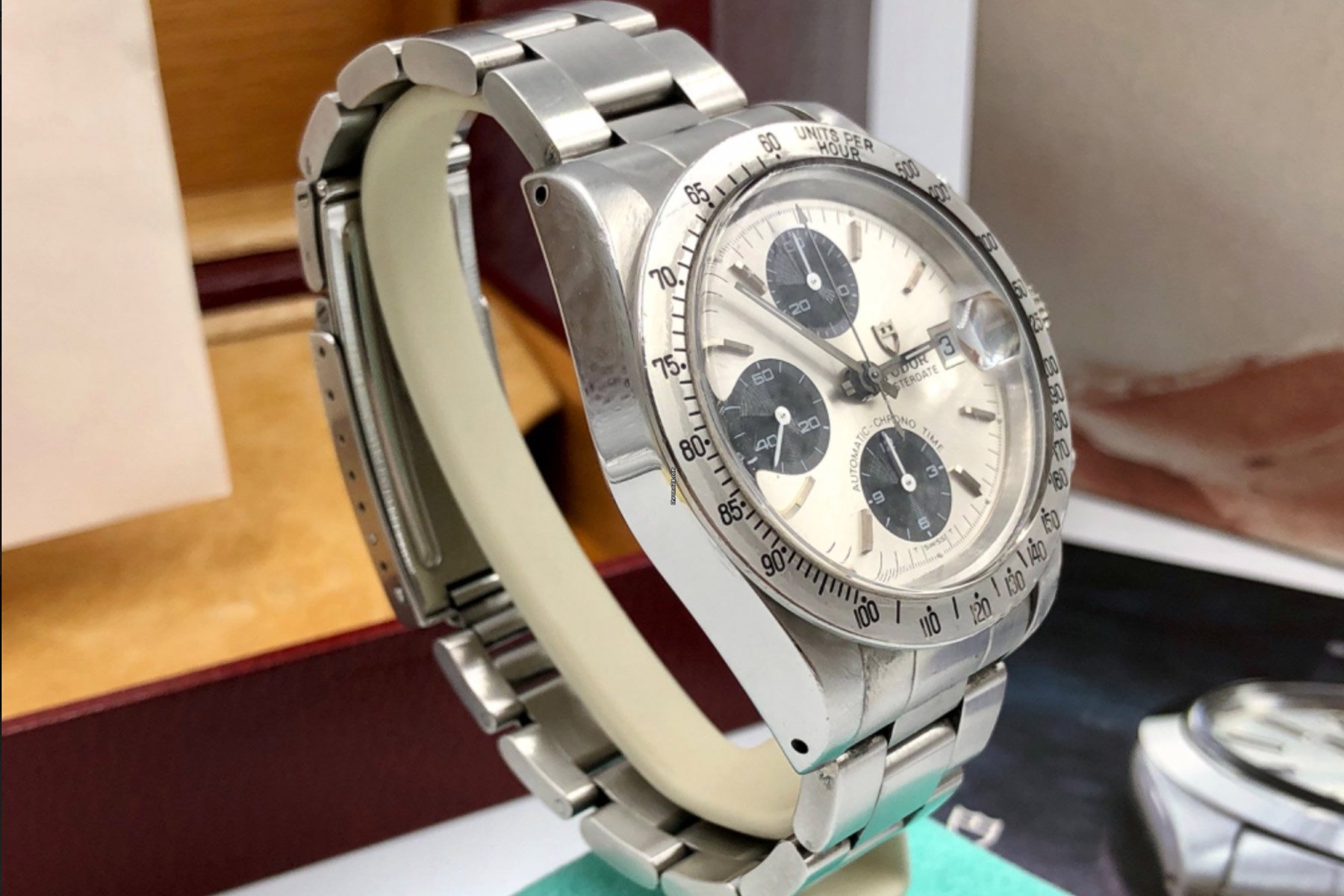 With the addition of a date under a plexiglass crystal and Cyclops, though, it’s clear that the Tudor Big Block was its own thing. I say that versus the Submariner version. Those were far more clone-like and basically just “subbed” out a dial and movement. Tudor actually went the distance here with all kinds of unique parts. And, like I said, 14.5mm isn’t really that thick today and actually fits in with the brand’s current penchant for chunky cases.

When I bought my Tudor Big Block about five years ago, they were starting to gain traction. Even though they used a common movement, the sturdy build and Oyster looks ultimately lured in collectors. I never look at these on the used market but was surprised to see that they’re now quite expensive. No matter what model is chosen — steel bezel, inlay, or rotating — it seems that life starts around the €5,000 mark and increases from there. 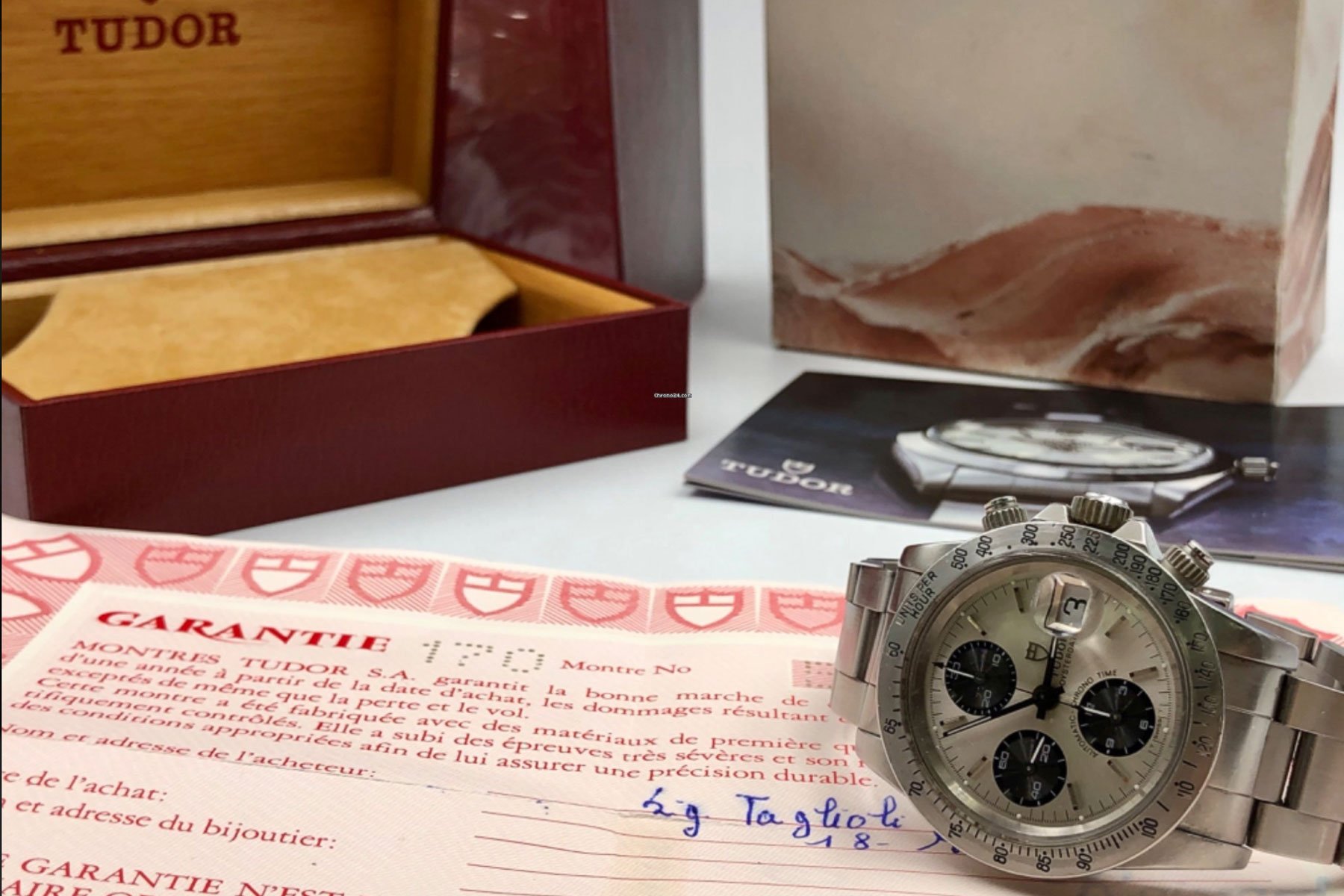 Today, I’ve found what looks like a really nice Big Block 79180 from 1991 on Chrono24. This one comes in panda form and resides in Italy. The pictures and watch belong to Watch Evolution srl. Honestly, at €6,450, that seems like a lot, but not when I compare it to the many models on sale. This one seems to have all of its lume plots intact and the case looks pretty good overall. The bezel even has some honest dents and dings. Importantly, all the boxes and paperwork come with the watch.

As I said, there’s a lot to like about the Tudor Big Block series. The movement isn’t creative, but it’s damn reliable. Furthermore, the fact that it has a lot of bespoke parts and those trademark Rolex looks can only be seen as a positive — as long as you’re into that look. The question for you now is whether you think this represents a decent deal on a historically important model? Have your say below.