5 Watches That Never Really Made It

Sometimes, I feel bad for certain watch brands. They’ve created amazingly beautiful watches, but due to the unknown name on the dial, the price, or bad marketing efforts, they never really made it. Today I want to share with you 5 watches that never (really) hit the big time.

Perhaps unbelievable today, but that is basically how the Nautilus and Royal Oak also started out. Nobody cared. Look at them now. Another example is the Aquanaut. When it was introduced in 1997, as the “new Nautilus” for a younger generation, it was barely picked up. I am not saying the watches in this overview will be picked up at some point and become the “investor pieces” the aforementioned watches have become today, but they are at least worth checking out.

5 Watches That Never Really Made It 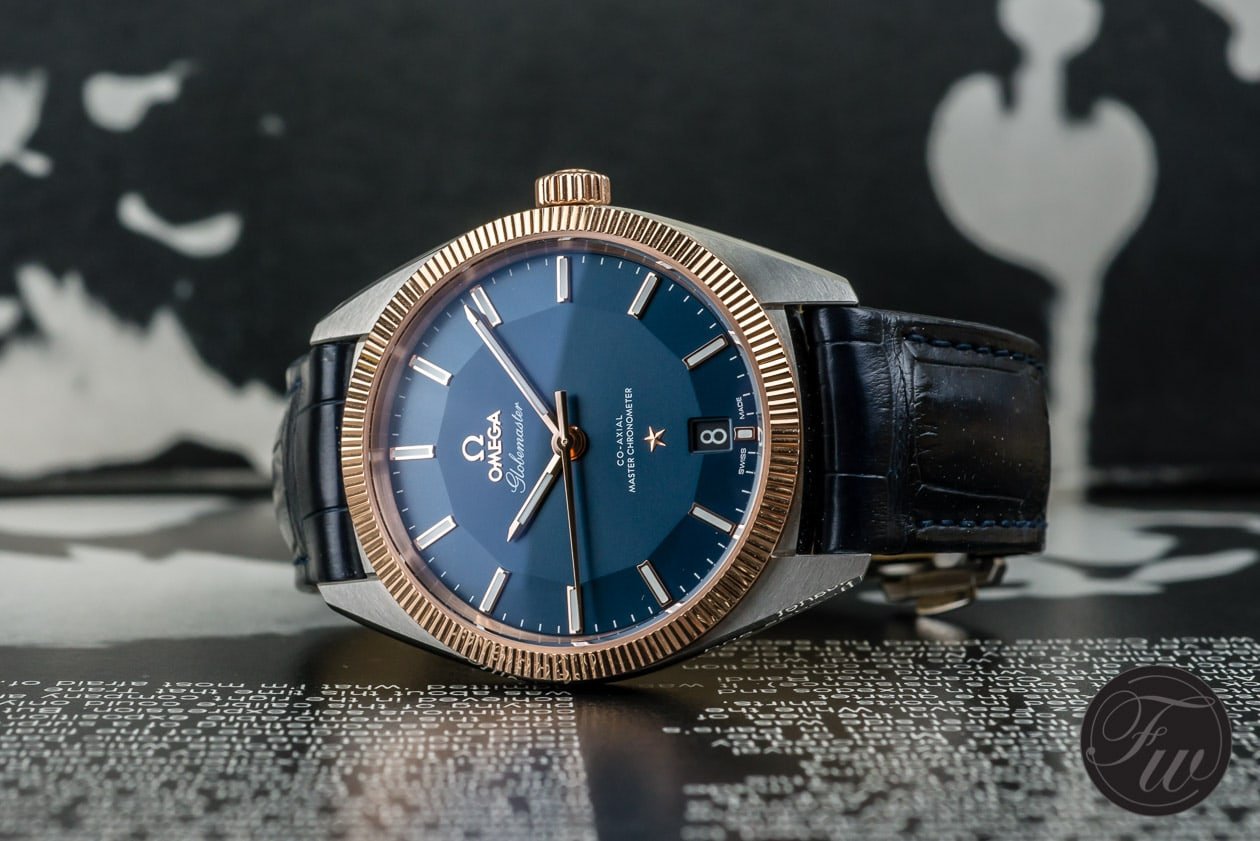 This is one of the 5 watches I feel that missed its momentum. Introduced in 2015, with clear inspiration from the 1960s pie-pan Constellation models, and the first Omega to be a “Master Chronometer”. Ingredients for success, you would say. Although people often think the fluted bezel is too Datejust-ish, the watch has a completely different case and dial design. I cherish my Globemaster a lot, and people are often positively surprised when they try it on. The watch is a hidden treasure in my opinion. 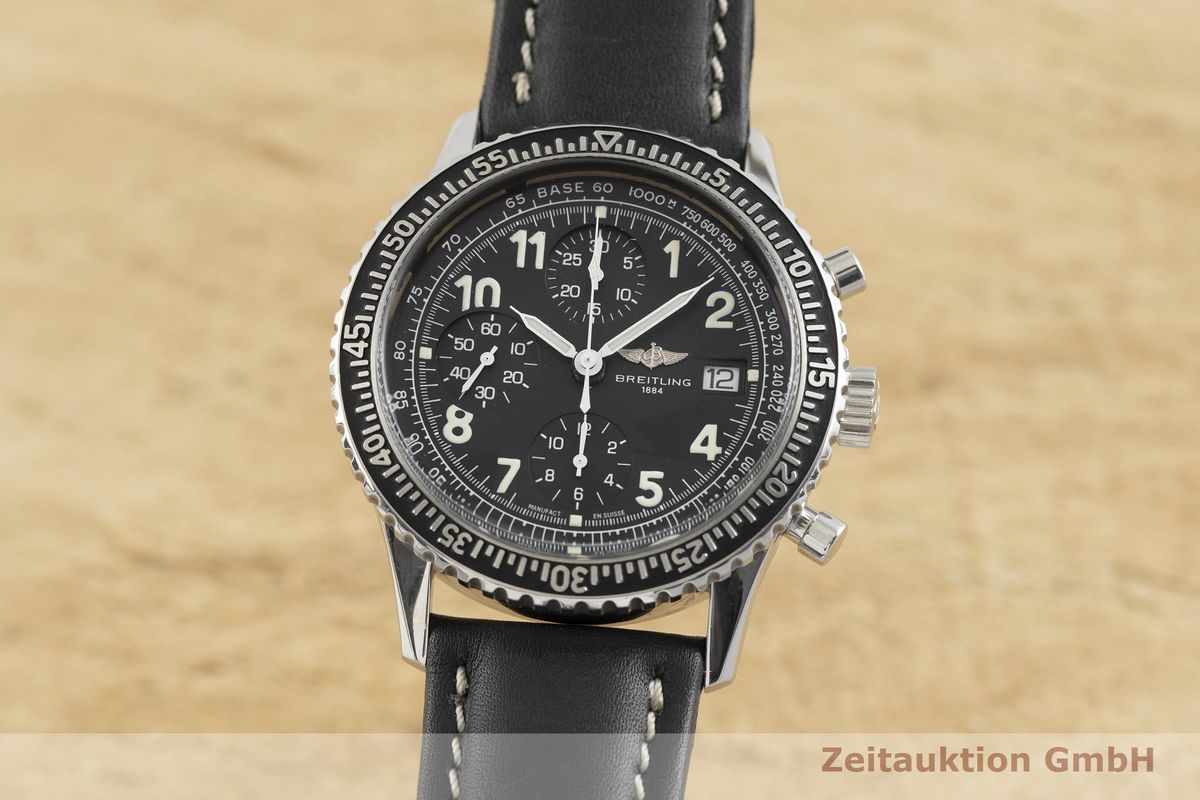 A long time ago, one of my (step)brothers brought home a Breitling Aviastar that he found “in” the couch of a summer cabin of a family member. Asking around didn’t result in finding the rightful owner, which was probably down to the — Wie kann ich es jetzt sagen* — impromptu visits. Let’s keep it at that…

Anyway, the Breitling Aviastar is one of those models I don’t often see and never had. I don’t exactly understand why, as it has design cues that tick a lot of boxes. This particular generation of Aviastar watches was introduced in 1995 and seen for the last time in the Breitling catalog in 1998. So a very short production run. The watches aren’t super cheap, but a lot of fun IMHO. Here’s one I found on ZeitAuktion.

*And yes, that was a Tampert reference… 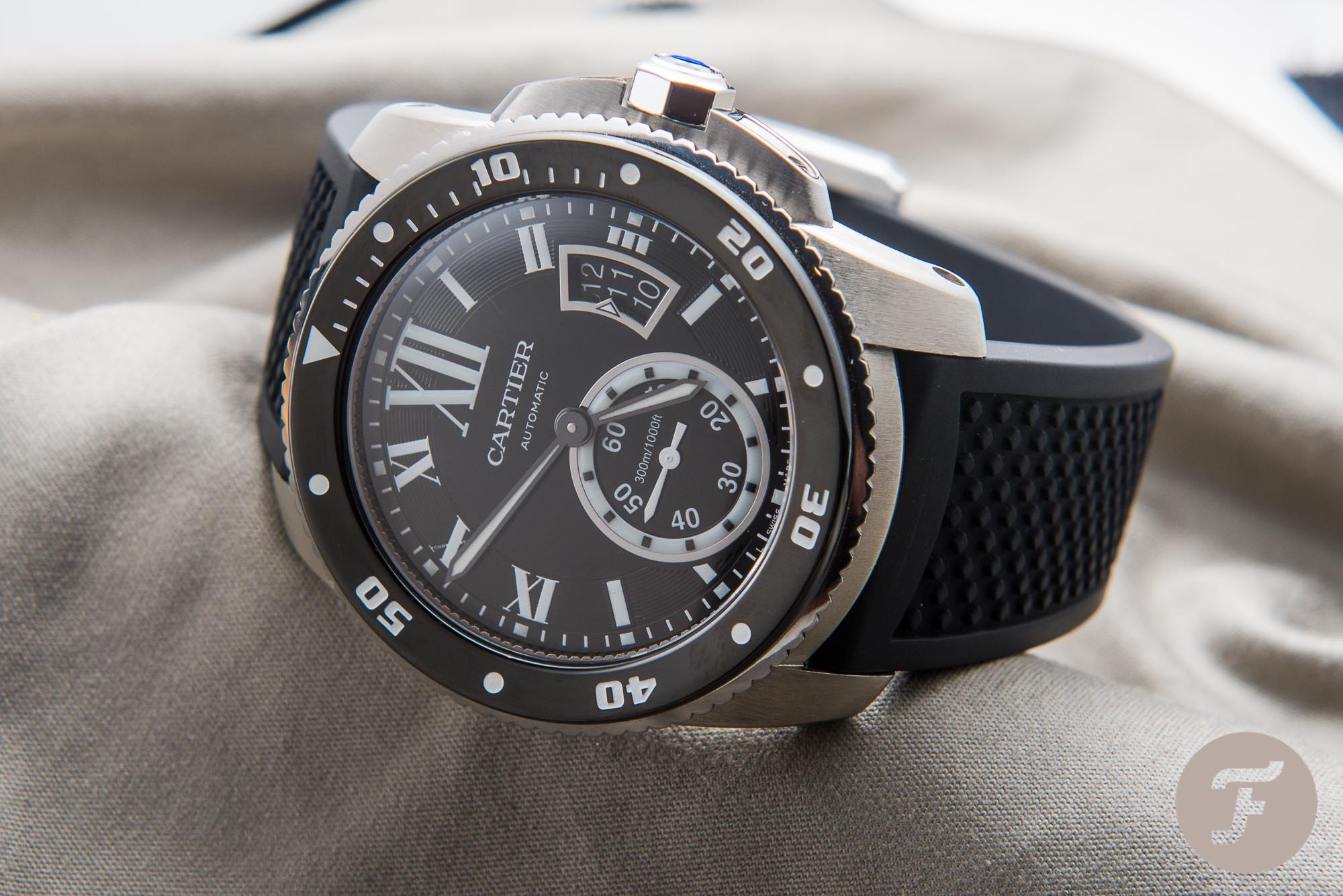 I remember the introduction of the Cartier Calibre de Cartier very well. It was in 2010 and I was happily surprised to see a more masculine looking watch from the brand. Then in 2014, Cartier added a diver version as pictured above. Somehow, the watch crowd never picked up on this Calibre de Cartier. Admittedly, the name isn’t very strong or fitting and raises more questions than anything else.

One of our colleagues from a Norwegian title has been sporting one for a while, but other than that, I never came across anyone who owns one. In 2017 or 2018, Cartier discontinued this collection again. The Calibre de Cartier has a number of things I like, such as the diving bezel, the combination of Roman numerals and index sticks as well as the rugged case design. What I didn’t particularly fancy was the date aperture showing three dates. Other than that, the watch is pretty cool. 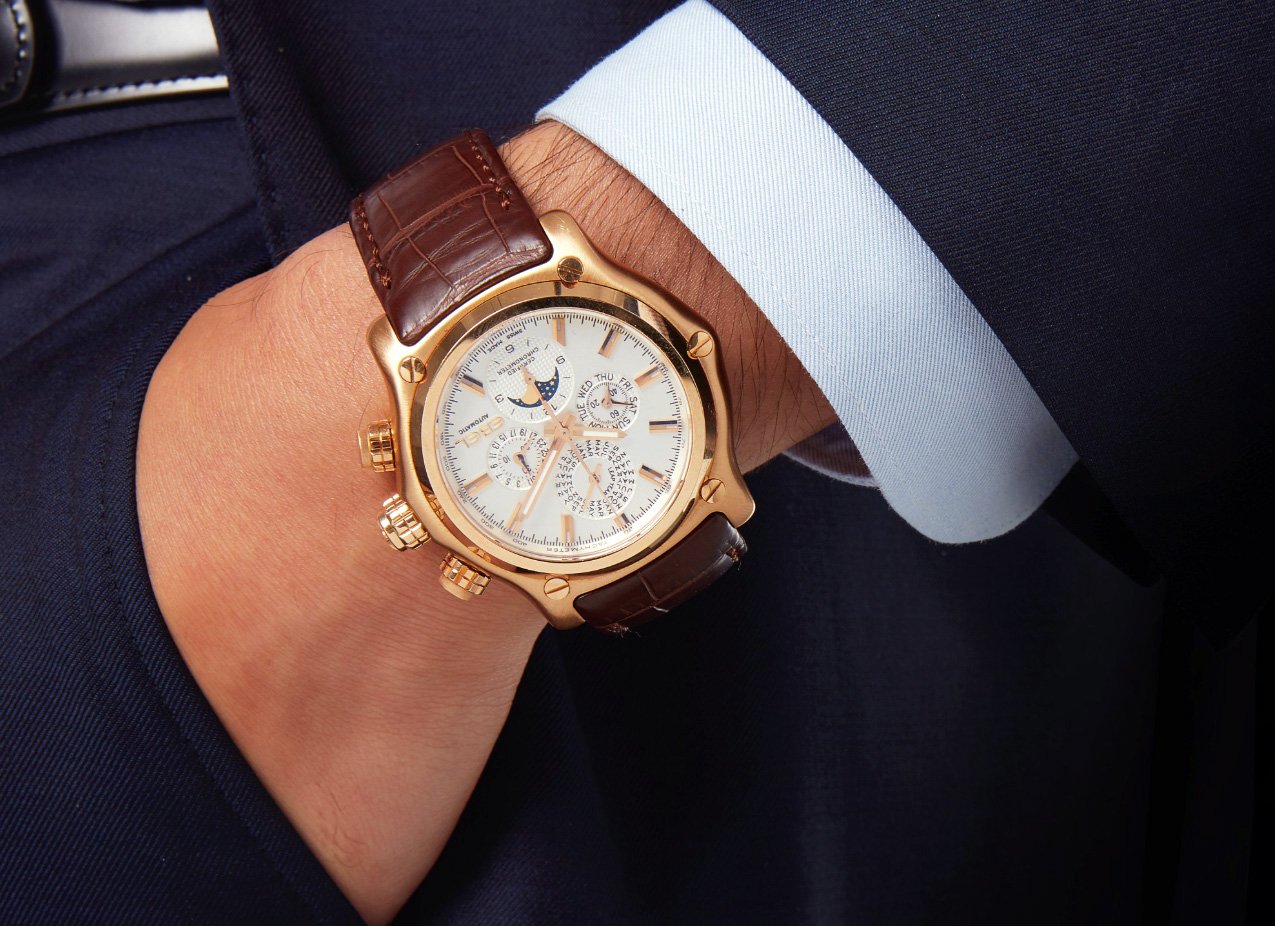 If you’d have told me in the 1990s or early 2000s that Ebel would be almost non-existent in 2020, I would have made fun of you. But the sad reality is that this company went downhill quicker than world champion Greg Minnaar on his mountain bike. Anyway, that doesn’t take away anything from how cool Ebel’s 1911 BTR watch was. I adore the shape and finishing of the 1911 BTR cases. At least in concept, Ebel also made variations that made my eyes water. One of the nicest models though is its 1911 BTR with a perpetual calendar as pictured above. The regular 1911 BTR chronograph can be found dead cheap in the pre-owned market, but the perpetual calendar still would require a 5 digit number. But hey, it’s a perpetual calendar. 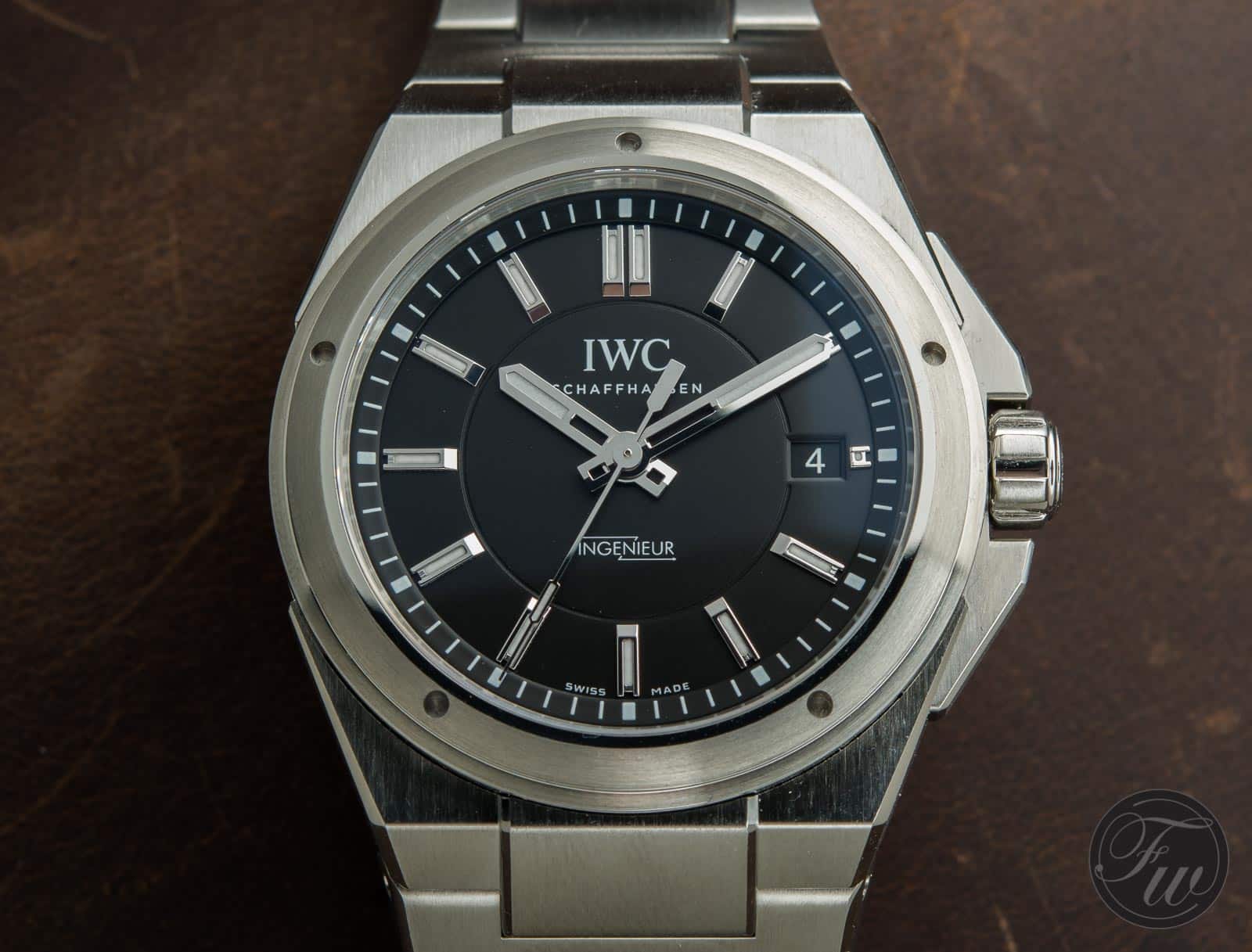 In 2005,  IWC introduced a new Ingenieur, based on the famous SL1832. Originally designed by Gerald Genta in the 1970s, and brushed up in 2005 by IWC. In 2008 I bought reference 3227 and I absolutely loved it. The only reason for selling was because I was after the  Royal Oak and had to free up some funds. The IWC Ingenieur with this Genta design didn’t last that long, as it was replaced a  few years ago with a round and less outspoken model.

A pity, as you can’t create a watch that is loved by everyone. But in the end, watch brands have to pay their bills as well, and when a specific collection or model doesn’t sell, you need to discontinue it. The result is that you can find these watches pretty easy for reasonable prices, although I’ve seen them increasing quite a bit since I sold mine.

These 5 watches that never really made it are just a few of many out there. Some of them never stood a chance when they were released, but perhaps the market would look more favorably upon them now. Please share the watches that you think never really made it but perhaps should have. Or let us know any models you think are worth following (or purchasing) today. Leave your thoughts in the comments below.

Hot Topics
Introducing: The Omega Speedmaster Super Racing With Spirate System
159 comments
Design Vs. Specs — Which Is More Important To You When Buying A Watch?
86 comments
The Time To Buy Is Now: How The Current Economic Climate Influences Watch Buying And How You Should React
51 comments
Introducing: The New Cartier Tank Française
49 comments
A Regret-Free Guide To Buying Your First Luxury Watch — Part Three: Higher-End Options From Omega, Rolex, Grand Seiko, And More
48 comments
Popular
#TBT Seiko H558 Arnie – One Serious Diver
Michael Stockton
26
The Omega Seamaster Diver 300M Returns – On The Wrist Of Daniel Craig
Paul Dezentjé
17
You Asked Us: Rolex or Tudor
Gerard Nijenbrinks
9