A NASA-Issued Omega Speedmaster Professional 145.012-68SP Up For Auction

On December 11th, Phillips will auction off a very special Omega Speedmaster Professional ref. 145.012-68SP. The reference number alone may not seem very special, but what if we told you that this watch was issued to NASA in 1968 and used during training for Apollo, Skylab, and even Space Shuttle missions?

The Speedmaster Pro 145.012-68SP that will go up for auction in December is one of the watches that Omega sent to NASA as part of their agreement. As you probably know, NASA qualified Omega’s Speedmaster 105.003 with caliber 321 in 1965. Omega then shipped these watches to NASA for use during training and in space (the last watch worn on the Moon was a 105.003, on the wrist of Gene Cernan in 1972). When Omega introduced the 105.012 and 145.012 (also with caliber 321), these references started going to NASA as well. Thus, these three references have all seen action in space and on the Moon. The 145.012-68SP was the last Speedmaster Professional reference that Omega shipped for the Apollo program, and astronaut Michael Collins wore his during Apollo 11. In this article here, we wrote about the Speedmaster watches worn on the Moon. 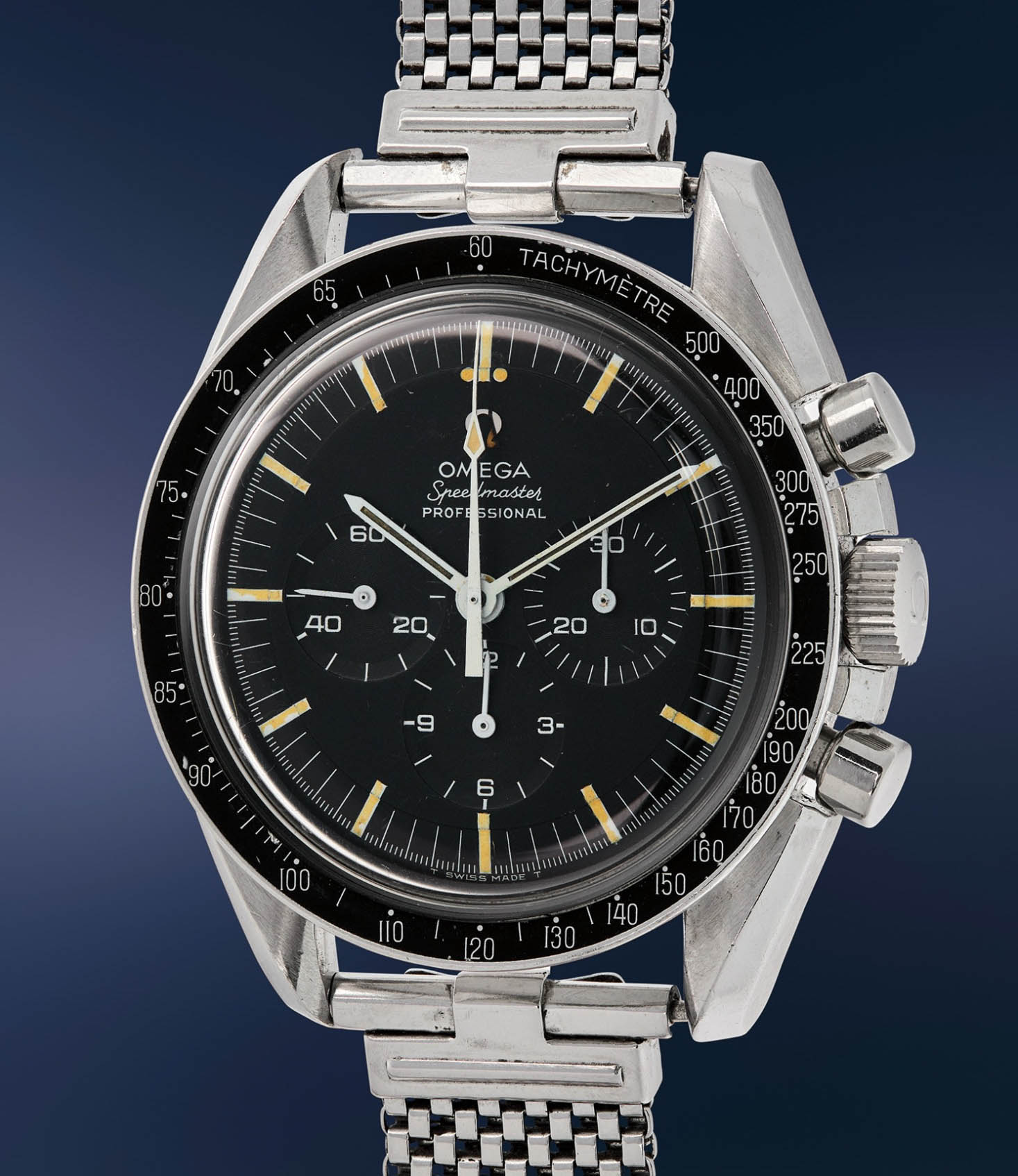 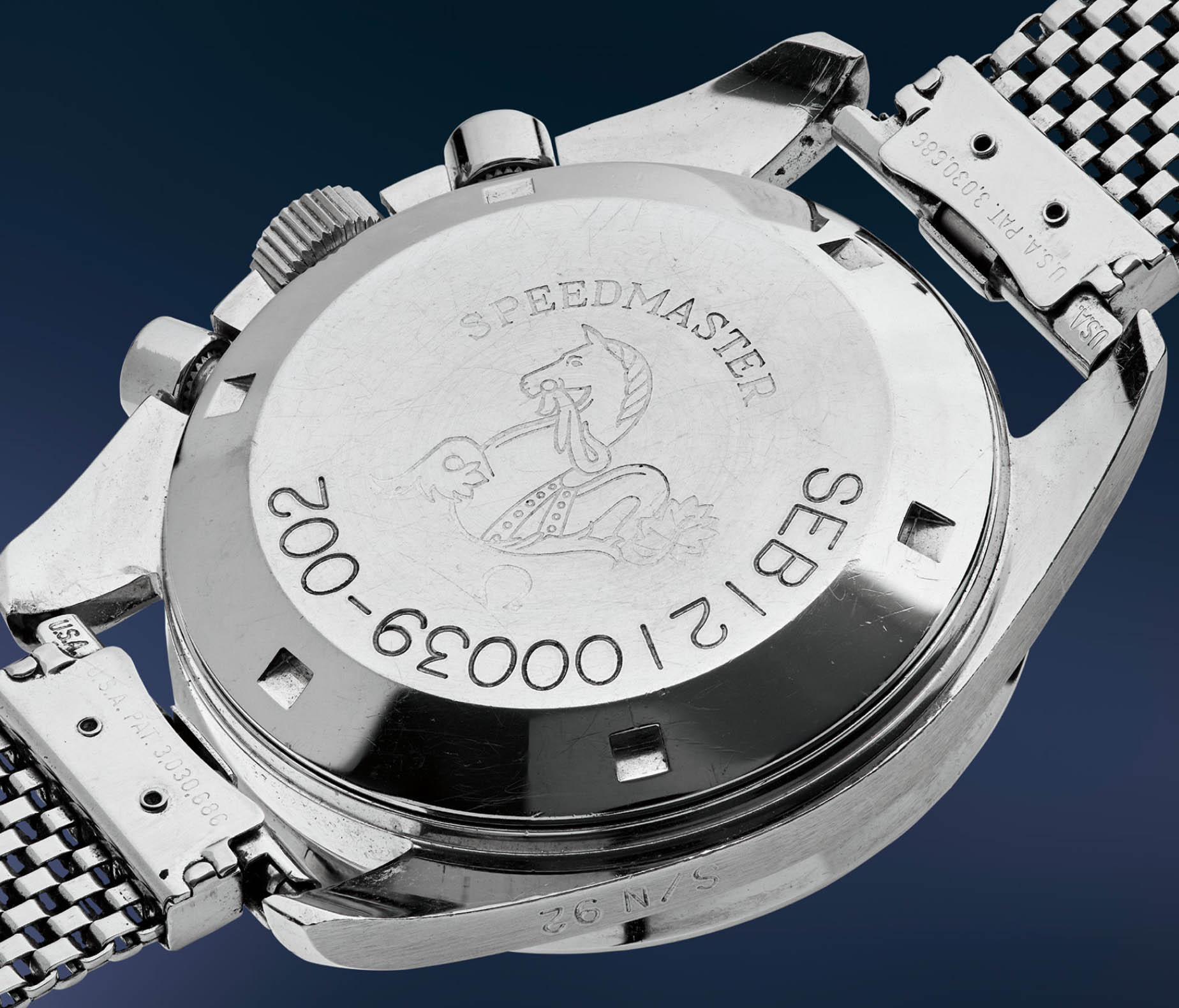 These NASA-issued watches were part of the equipment for astronauts and were returned to the office after each training exercise or mission. Some of the issued Speedmasters are on display in the Smithsonian and in the Omega Museum in Biel, where they’re on loan from NASA. 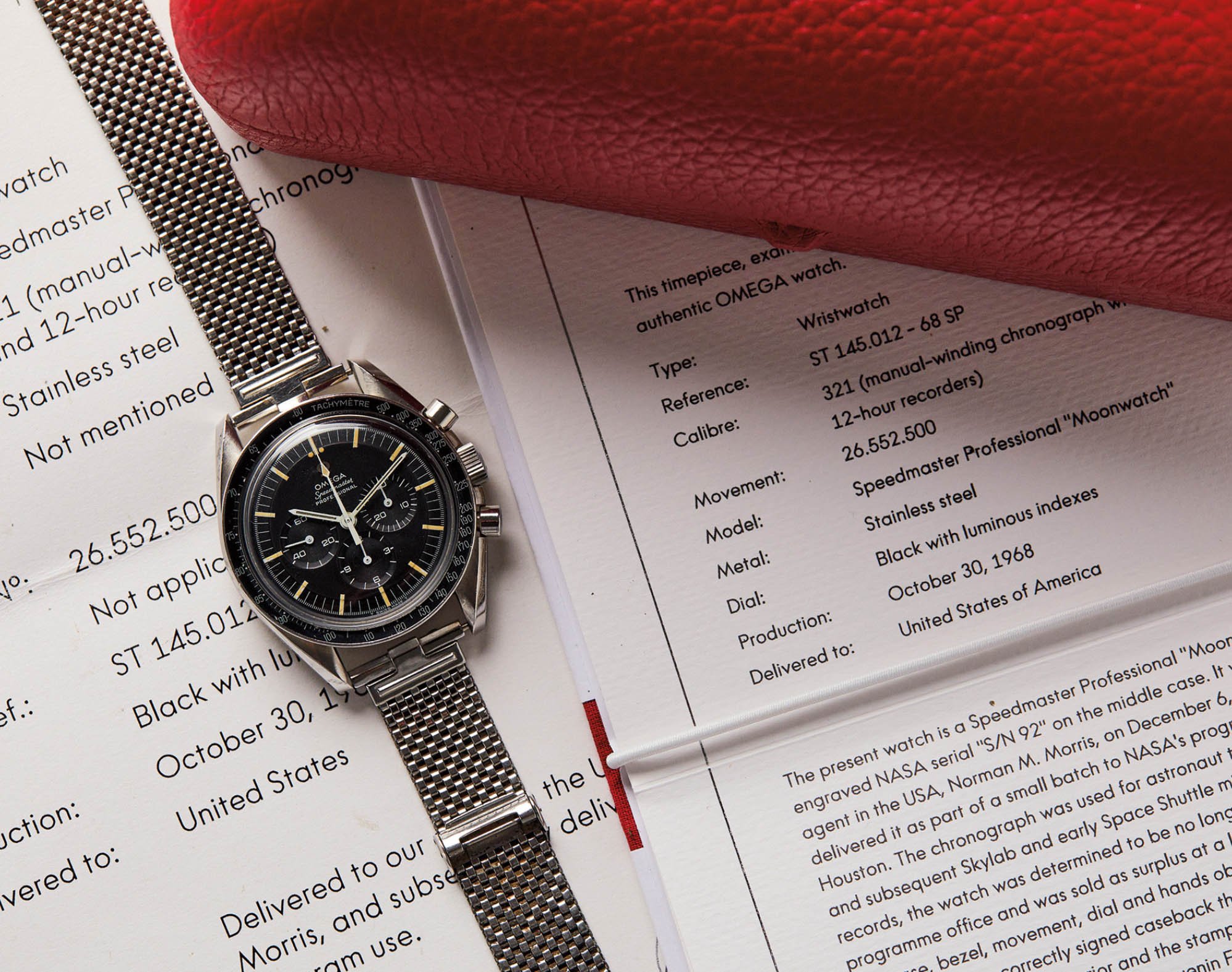 According to the Omega archives (the watch comes with the brand’s Certificate of Authenticity booklet), this Speedmaster Professional was produced on October 30th, 1968. Then, it was delivered to Norman M. Morris on December 6th, 1968. At that time, Morris was Omega’s agent for the USA market. Morris then proceeded to send it to NASA’s Johnson Space Center. In those days, the procurement and testing procedures were done by NASA engineer James H. Ragan, who actually signed one of the papers (Extract of the Archives) that comes with this Speedmaster Pro 145.012-68SP. 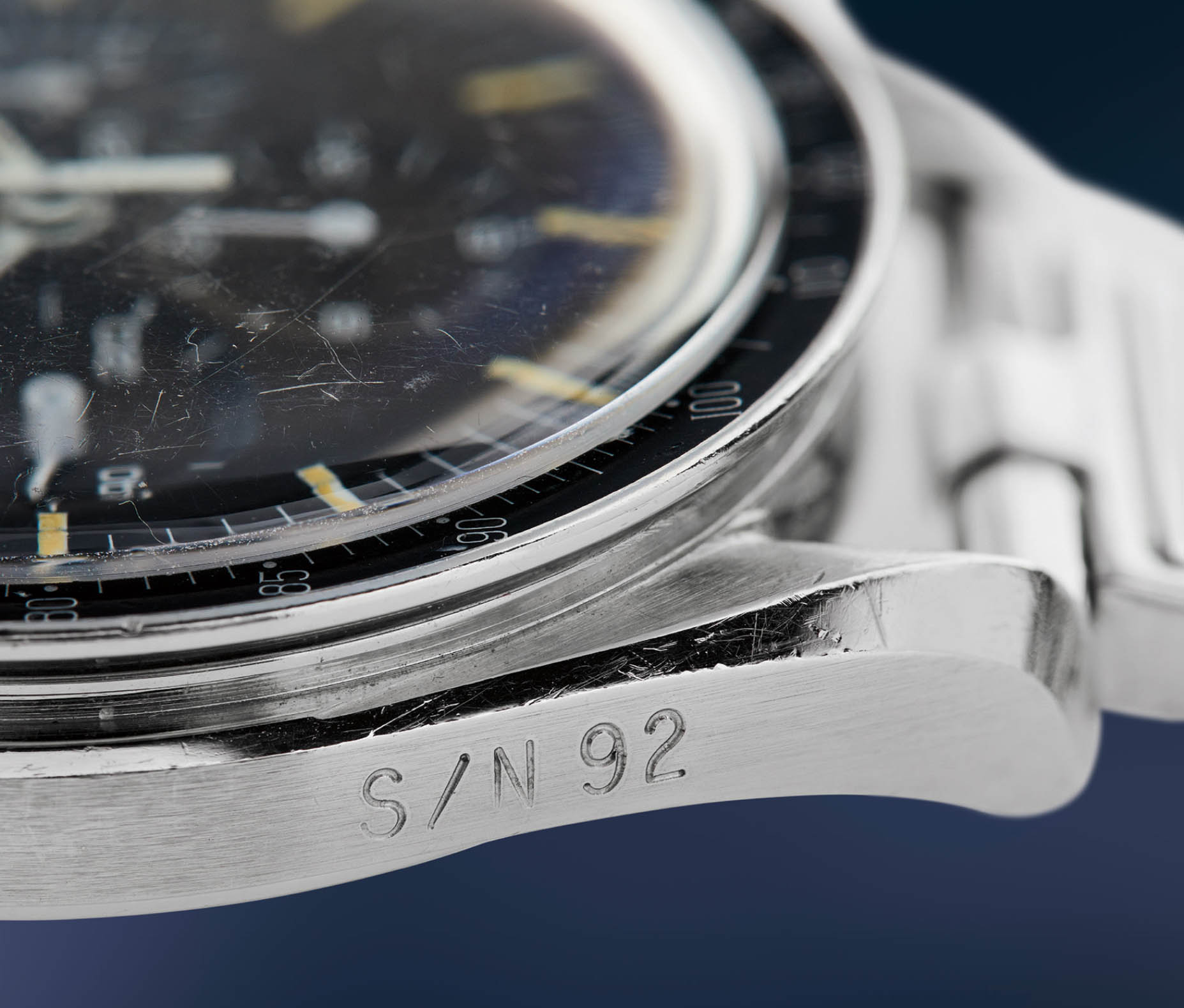 Auction house Phillips estimates this NASA Omega Speedmaster Professional bearing “S/N 92” to sell for somewhere between $75,000 and $150,000. And even though that’s already a very wide range, it might even exceed that estimate based on previous Speedmaster sales. As you know, these watches were the property of NASA, and some of the ones that found their way onto the market have been confiscated. We’re informed that NASA has “released” this watch, and it is legal for it to change ownership. The accompanying extracts mention this; thus far, it’s the only NASA-issued Speedmaster from the Apollo era that can be sold.

You can find more information about this auction here.