Founded by two watch enthusiasts, Philippe Kuratle and Jérémie Senggen, MONTFORT WATCHES Co has innovation at its heart. With “TIME TO INNOVATE” as their leitmotif, they’ve brought some pretty interesting solutions to their Strata model that make it stand out and not just another watch project. 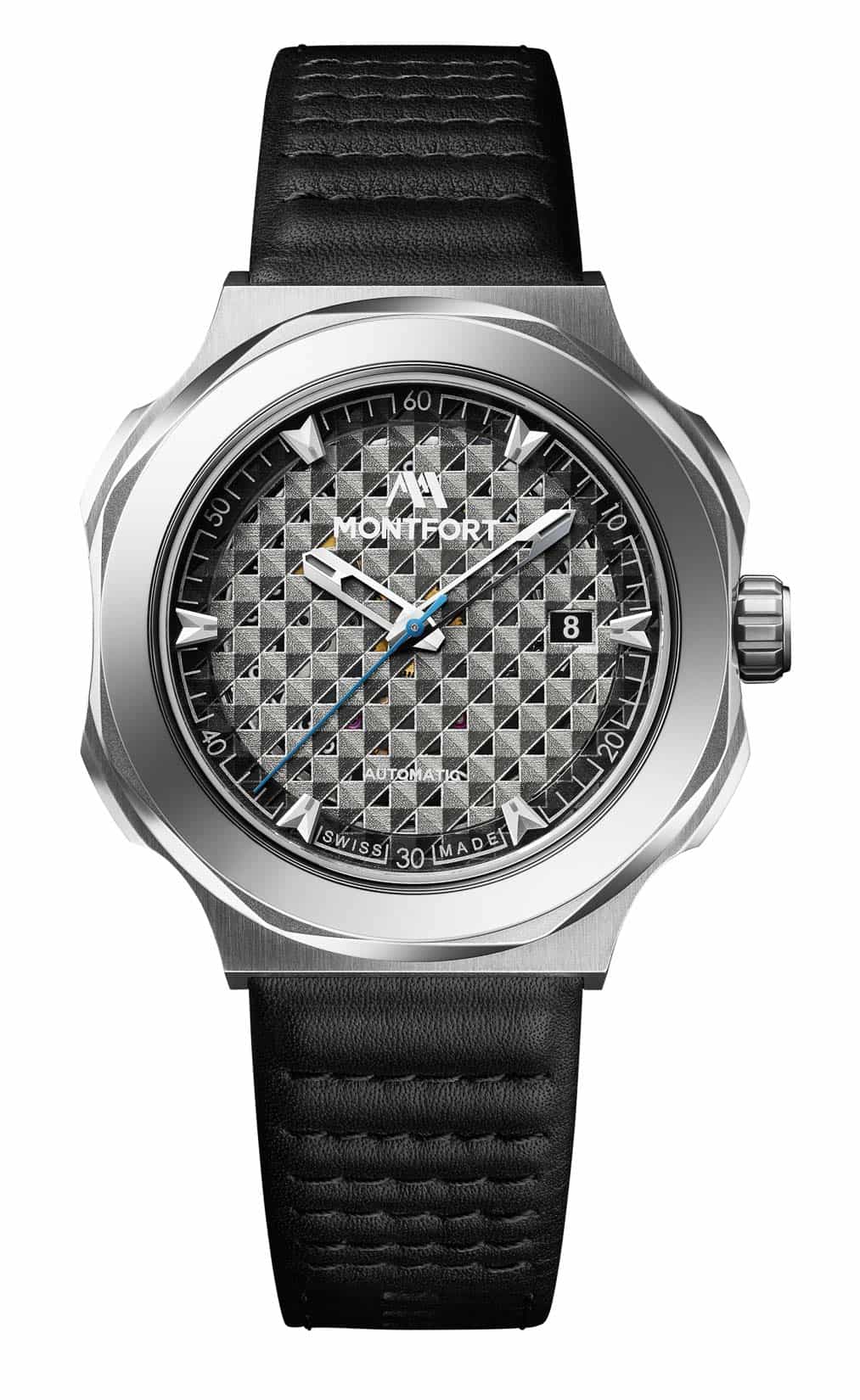 The scratch resistant Super Stainless steel is obtained by diffusion of nitrogen and carbon in the surface, developed by AIM SA and a Danish company called Expanite. Once hardened, stainless steel actually looks very crystalline and the structure of the material reveals itself. Montfort spent a lot of time and energy finding the right way to polish this hardened steel to bring it to the high standards of the Swiss watch industry, but the ‘side effect’ gave the founders a legitimate opportunity to marry the granular, mineral aspect of rocks with the timelessness of the Swiss alps. 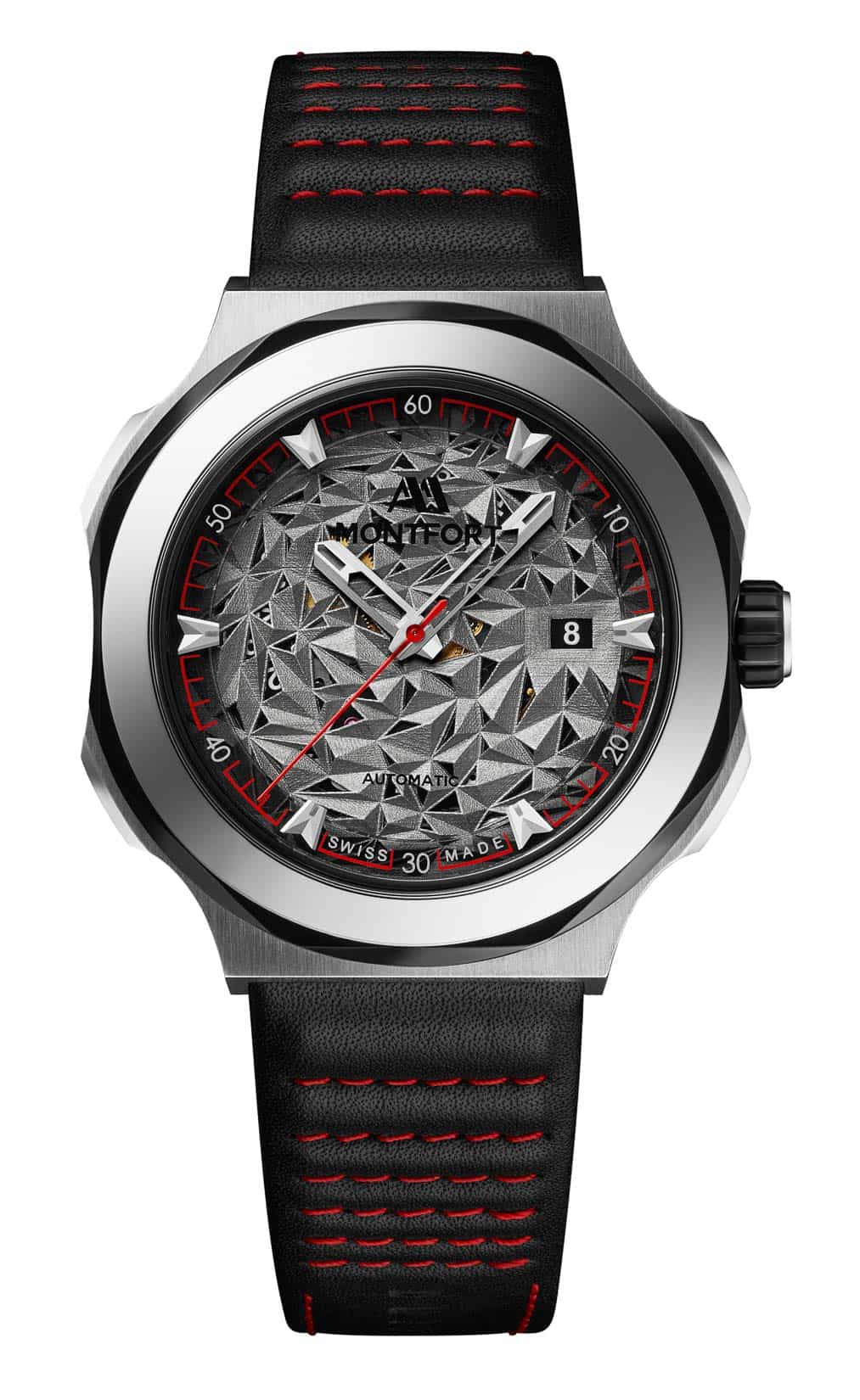 Designed by Jéremie Senggen, a protégé of Gerald Genta, who designed some of the most iconic Swiss watches of the past century (Patek Philippe Nautilus, Audemars Piguet Royal Oak) the Strata models named; James, Frank and Bruce have real character that sets them apart from the competition. The attention to detail and constant quest for value elevates this product to the upper echelons of the mid-range market for – what has to be said – is an unbeatable price. 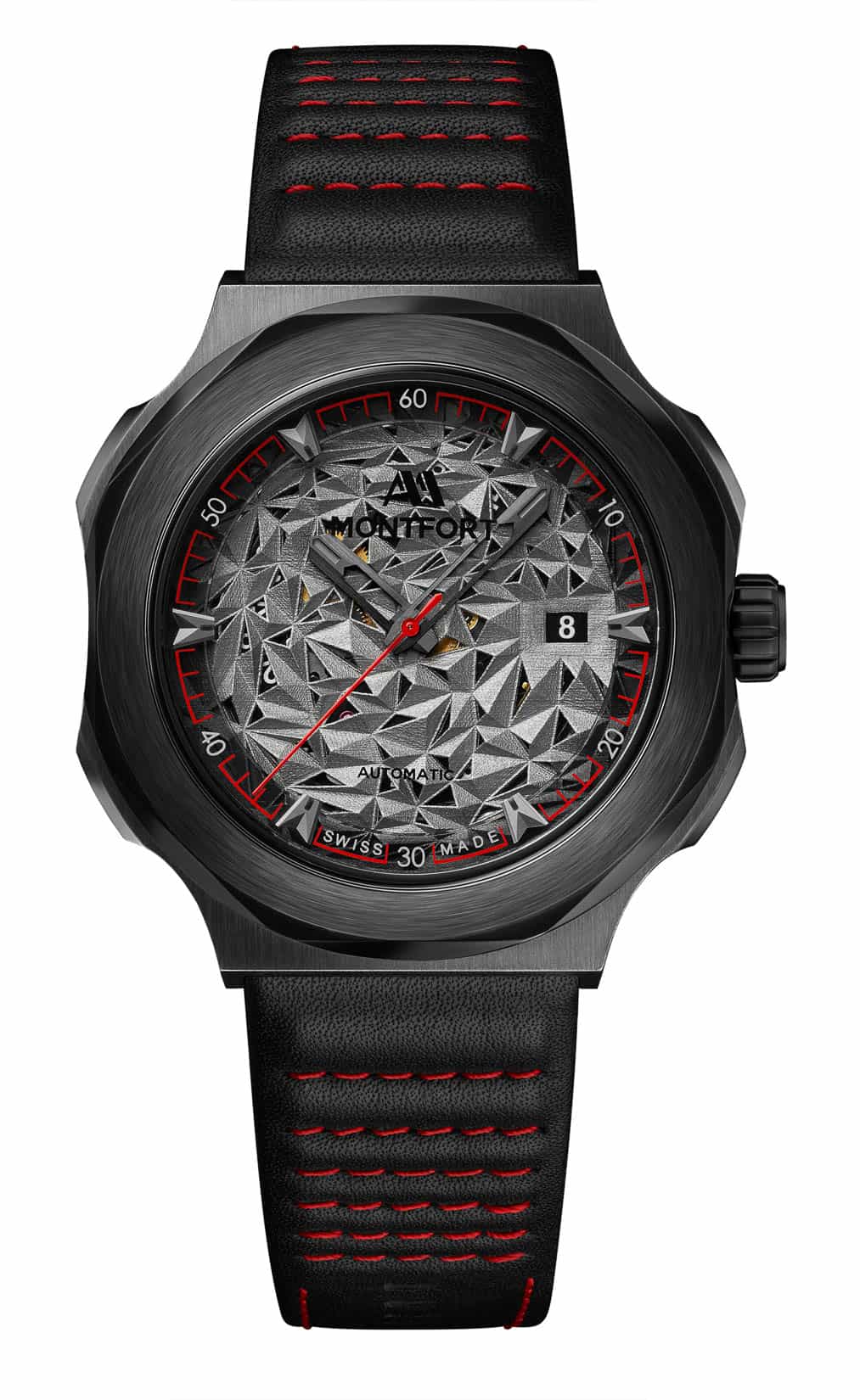 In order to produce the complicated ‘les massifs’ and Montfort’s reinterpretation of a watch industry classic the ‘Clous de Paris’ dials with apertures, MONTFORT WATCHES Co. had to turn to 3D printing – the only technique that allowed true creative freedom. The dial was co-developed with an innovative Swedish additive manufacturing company called Digital metal, Höganäs.

MONTFORT WATCHES Co. is launching a Kickstarter campaign on November 17th. The Strata collection will retail for $1399 – $1799 ($699 – $899 on Kickstarter). Be sure to support this awesome new watch company. 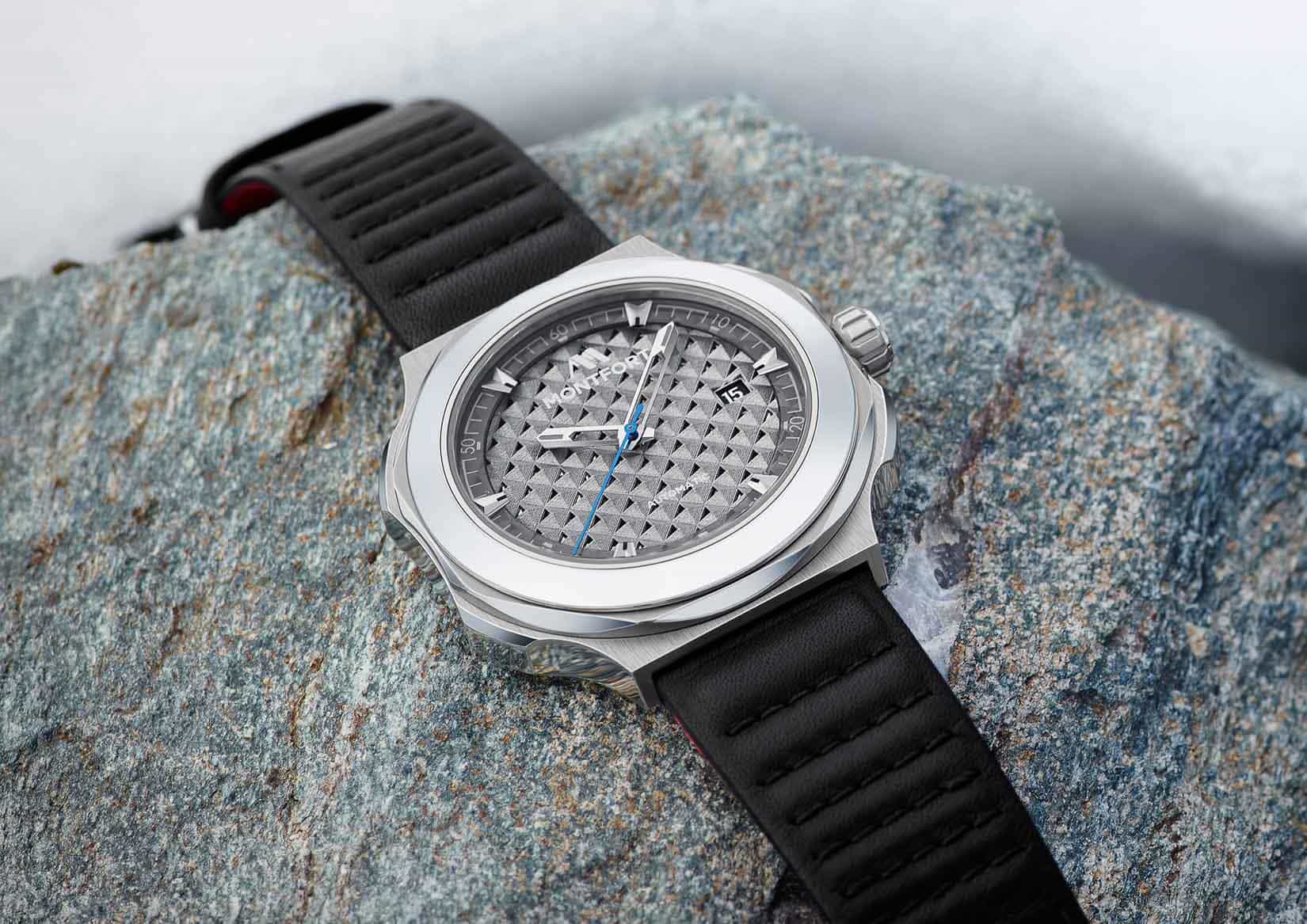