However, this is the white dial version, that gives the watch a more fresh look and – in my opinion – suits the diver watch very well. Officially, the dial isn’t white but silver-toned with the famous “Méga Tapisserie” pattern. 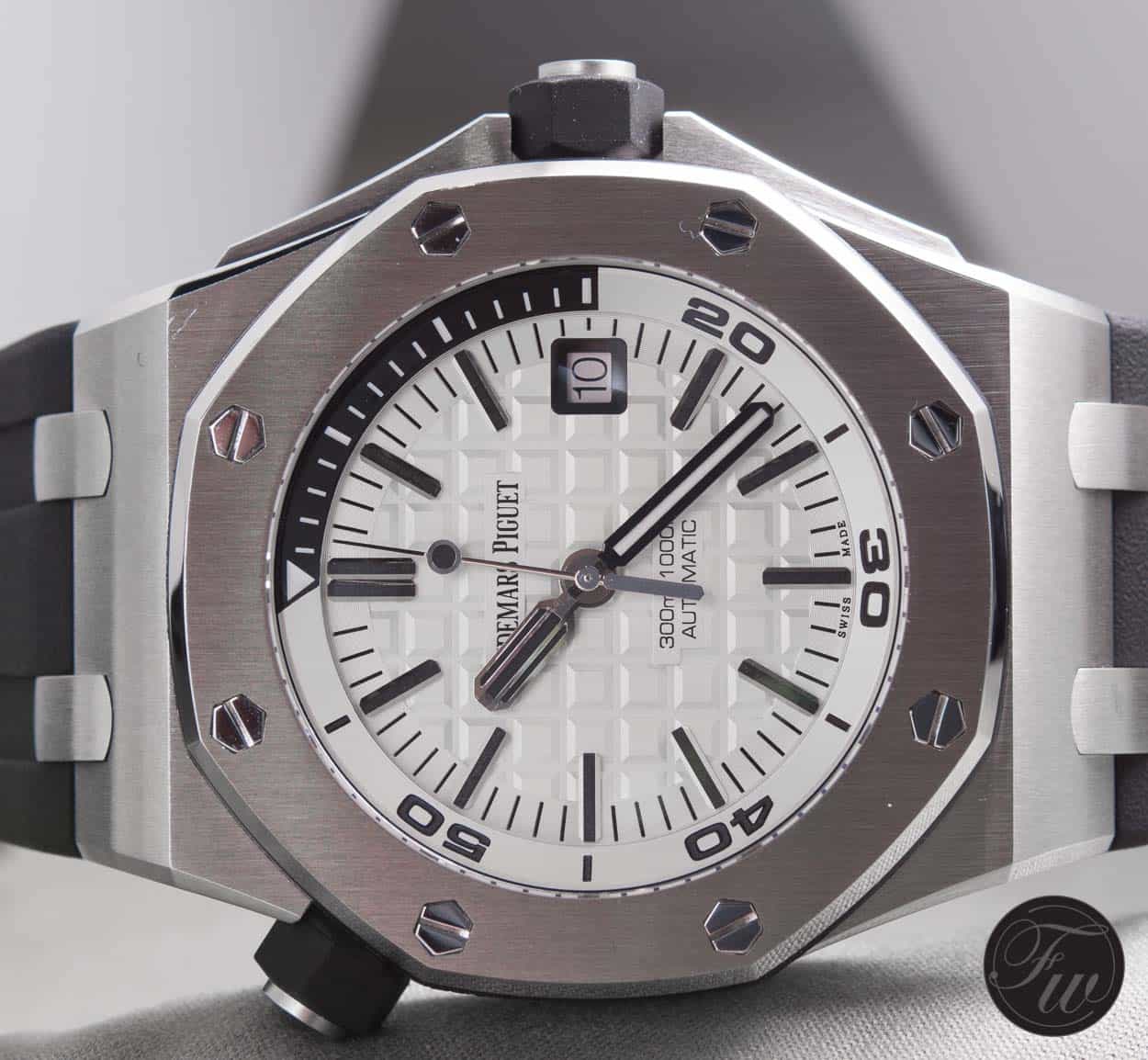 The crown located at 10 o’clock operates the inner diving bezel which has minute markers for the first 15 minutes and a Roman numeral every 10 minutes afterwards. The white dial and black markers give a very high contrast, which probably will do very well under water. You can ask yourself whether the owner of such a high-end timepiece will actually take it with him in the water for scuba diving or that a swimming pool will be ‘living on the edge’ already. 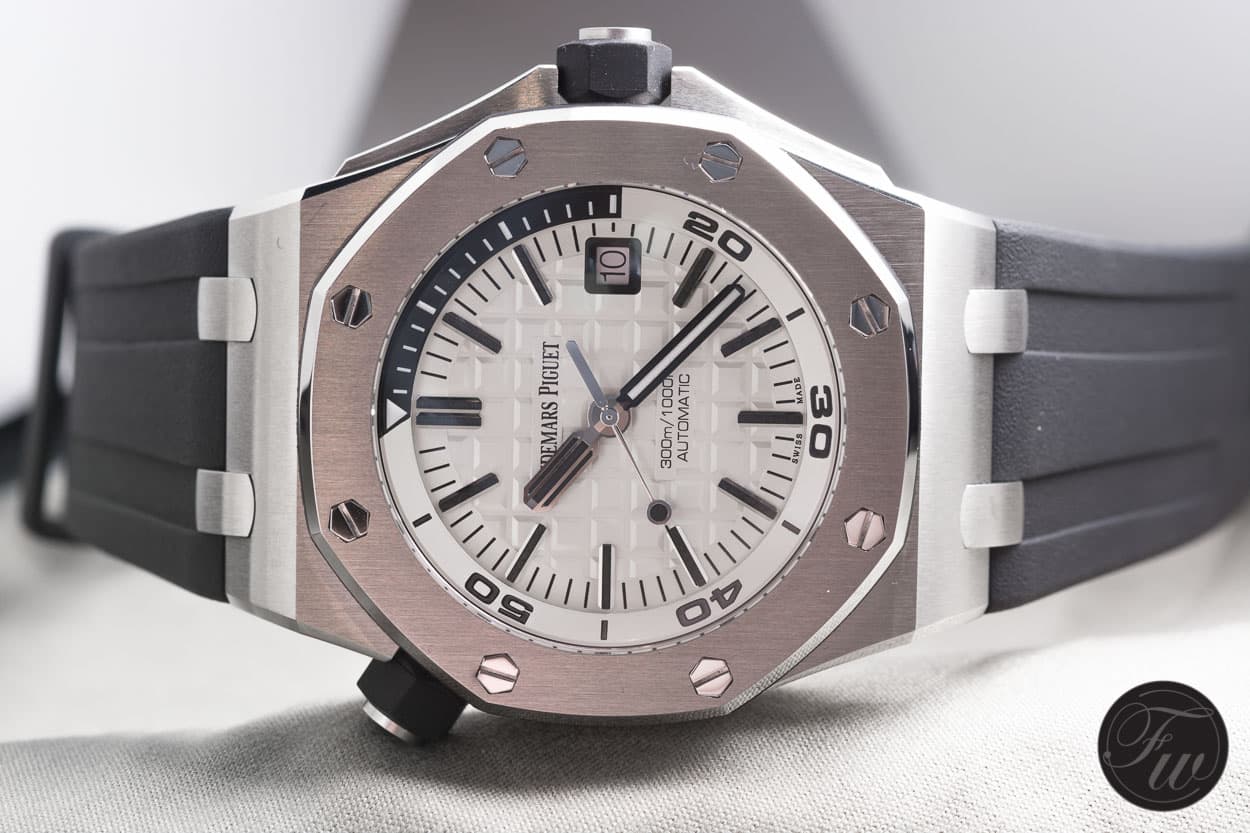 As always, the satin brush finish on the Audemars Piguet Royal Oak is impeccable and one of the trade-marks of these watches. Like the previous reference and the carbon version, this new reference 15710ST Royal Oak Offshore Diver comes on a rubber strap and with a pin buckle. As I already wrote above, the case back of the watch is perhaps the biggest change for this updated Royal Oak Offshore Diver. The new version enables you to take a look at the beautiful in-house developed caliber 3120 movement, introduced by Audemars Piguet in 2005 (in the 15300). You will also find this movement in the current Royal Oak Date in 41mm (reference 15400ST). 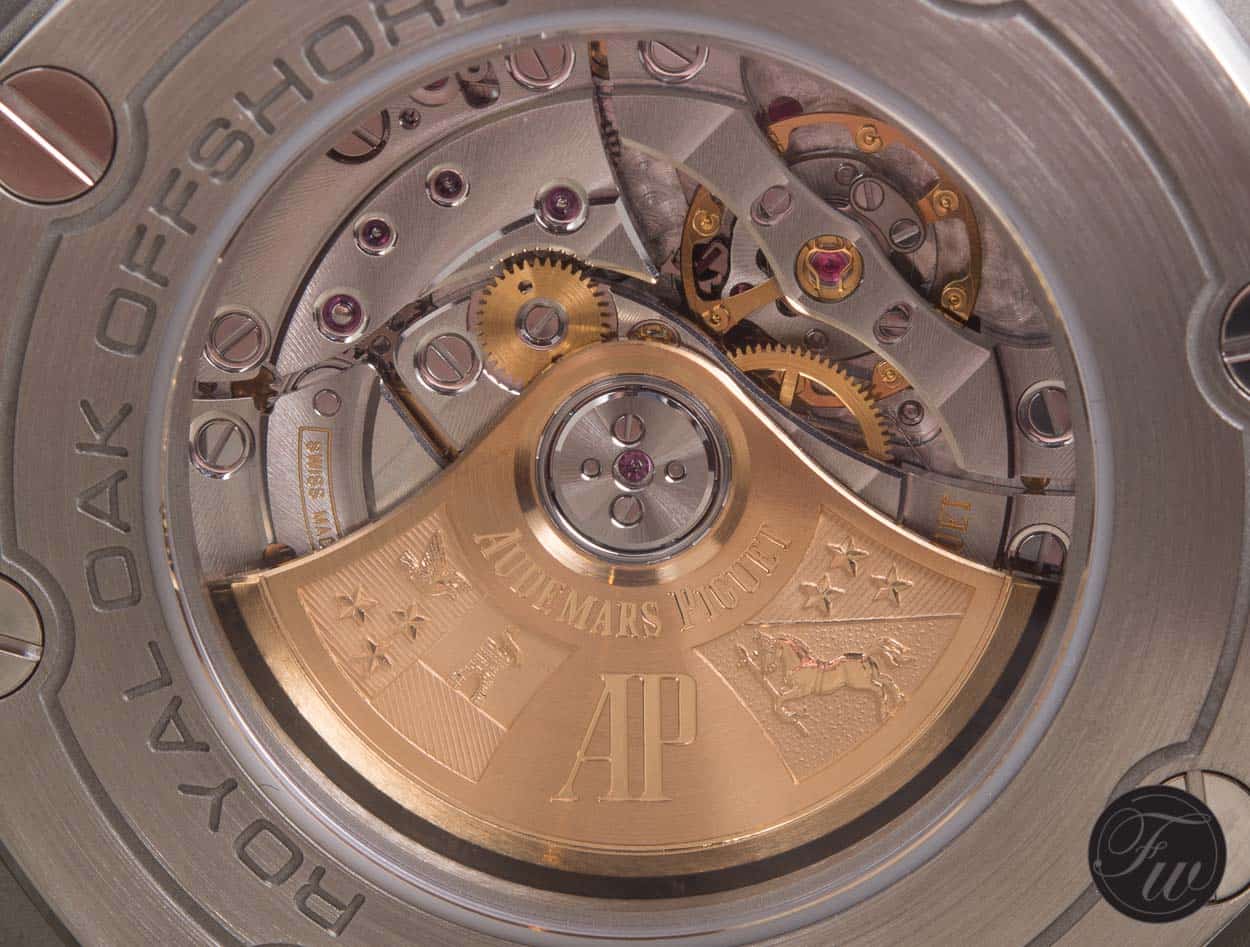 The rotor is made of 22 carat gold and is beautifully engraved. As you can see on the photo above, the balance wheel has variable inertia blocks (similar to Patek Philippe’s Gyromax). These 8 rotatable weights have an advantage over the more commonly used weight screws as it will have less air resistance and a watch maker can increase or decrease the moment of inertia (to adjust the speed of the balance wheel). Also, when you pull out the crown to correct the time, the balance wheel will be stopped. This movement has a 60 hour power reserve and consists of 280 parts. Whether Audemars Piguet’s caliber 3120 has been updated with small improvements during the last 10 years is unknown to me. 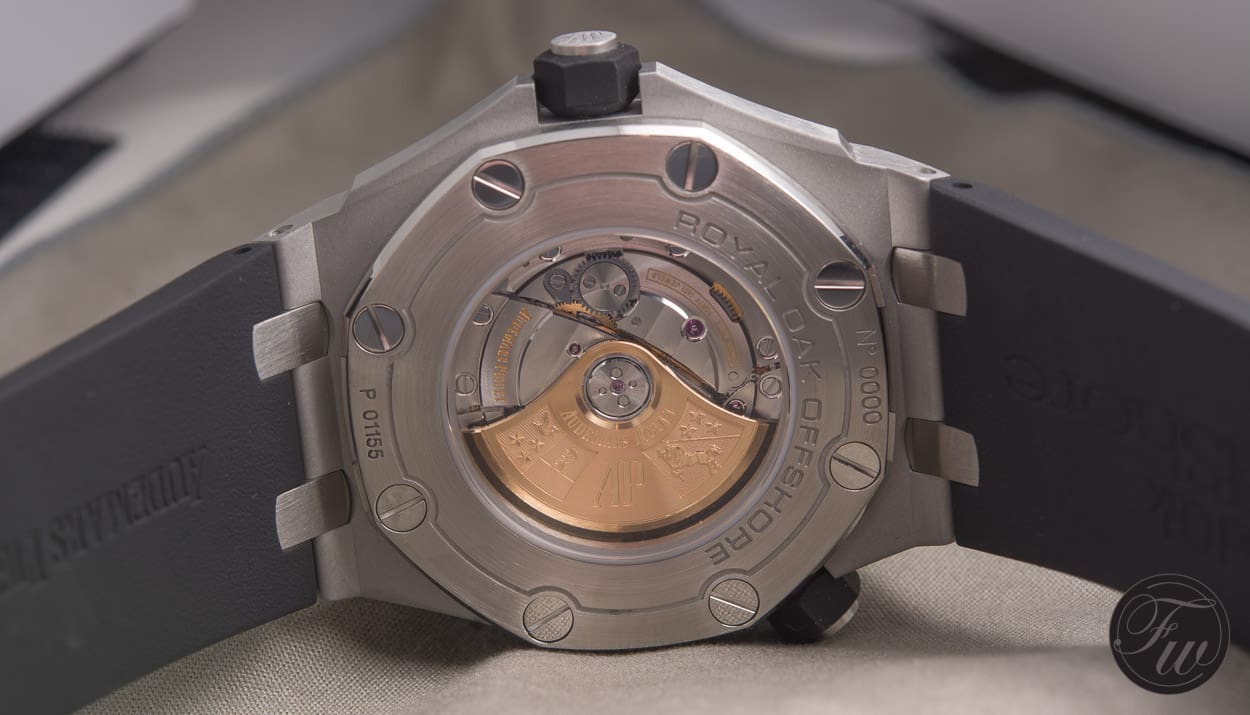 The case of the new Audemars Piguet Royal Oak Offshore Diver reference 15710ST has a 42mm diameter (and not 44mm as I often read)  and is 14.1mm thick. Despite the modest size of 42mm, it wears as a relatively big watch. This is probably a result of the more or less integrated design of the lugs and rubber bracelet. My own 39mm Royal Oak 15202ST also wears larger than most of my 40mm watches due to the shape of the lugs and integrated bracelet.

Price of this new Audemars Piguet Royal Oak Offshore Diver is approx. $19,000.- USD. I did not get a price in Euro so far, as soon as we have the official price tag in Euro I will update this article. I expect it to be around the same price as in USD though.