This year at SIHH, Baume & Mercier introduced a number of new watches dedicated to ladies. However, they did have a very nice watch for gents to present as well: the Baume & Mercier Capeland Shelby Cobra 1963. 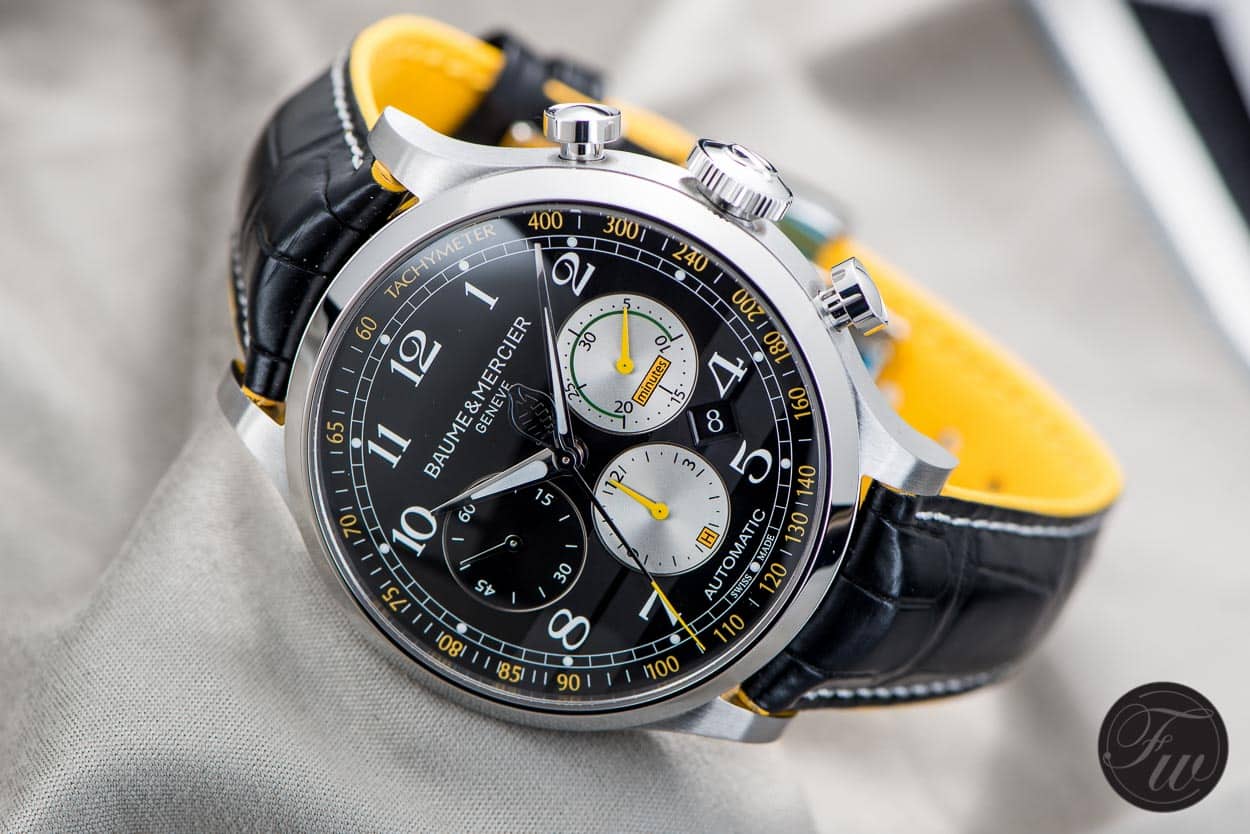 Limited to 1963 pieces each, paying tribute to the year which saw the first Cobra’s victory at the American championship. This means every watch is engraved with ‘One of 1963’, to some a pity that there is no unique number, to others perhaps more ‘quiet’ as they know they don’t have to fight over a specific number. To me personally, I prefer to have a number. If I can’t get a specific number, it wouldn’t mean I wouldn’t be interested in the watch anymore. To others this might be the case.

What surprised me a bit during the Baume & Mercier presentation of this timepiece is that they told us that normally they are more into classic timepieces and that they were surprised to find out that a sports watch like the Capeland Shelby Cobra did so well with their customers. I would have guessed that brands are aware of the fact that sports watches are very popular. Perhaps this will result in seeing more (real) sports watches from Baume & Mercier, at least I hope so. 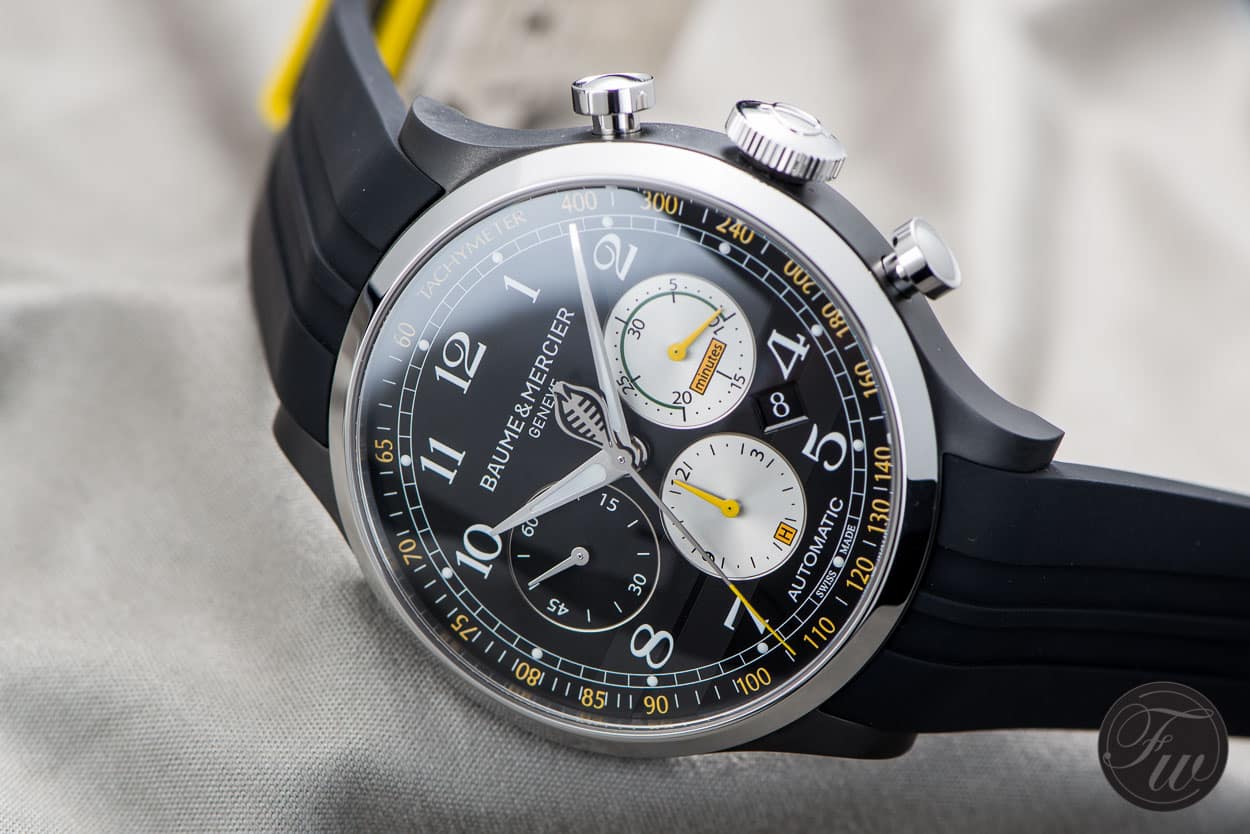 Back to the Cobra watches. On the case back, you will find number “15”, referring to their famous race number of the CSX2128. The CSX2128 was the 289 Roadster built to race the 1963 12 hours of Sebring. The “15” was on the hood and sides of the Cobra in 1963. Drivers of this famous Cobra during the race were Dan Gurney, Lew Spencer and Dave MacDonald. 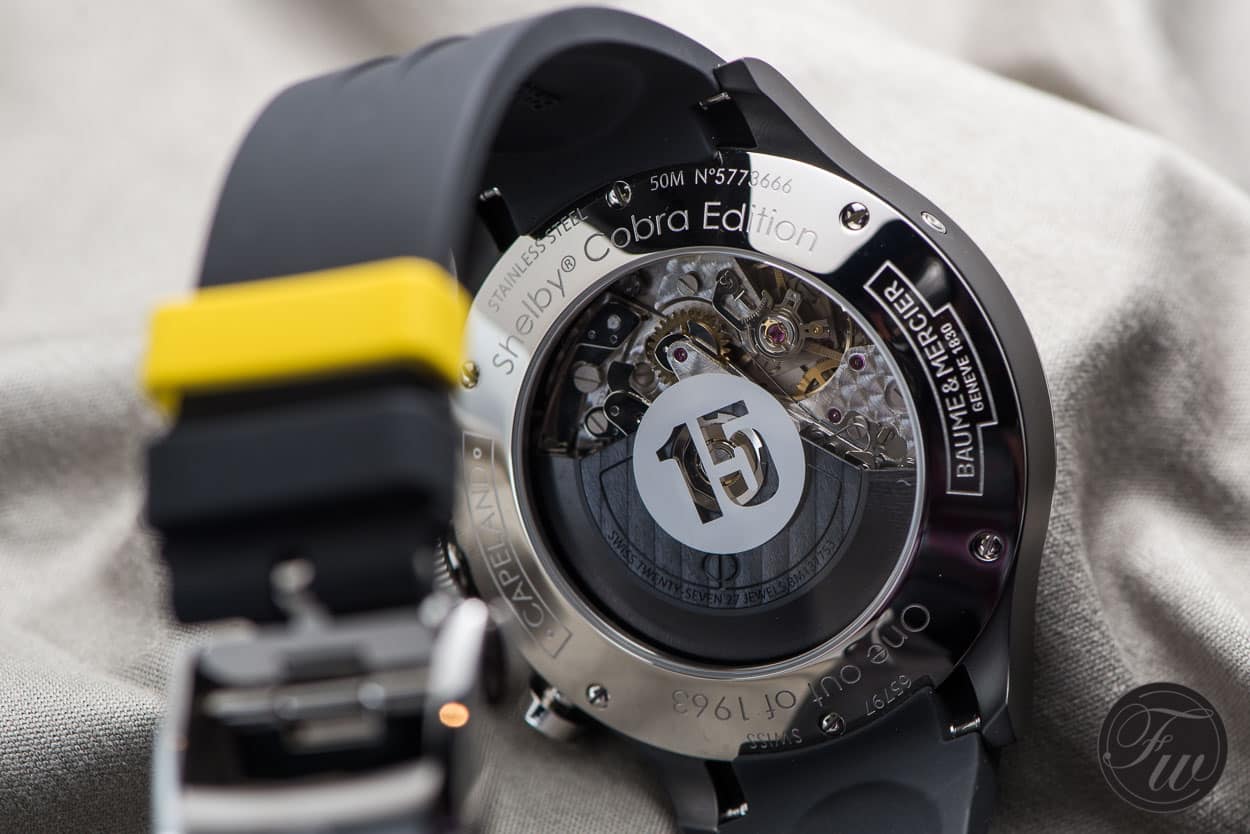 The case of the Baume & Mercier Capeland Shelby Cobra 1963 measures 44mm, so it is by no means a small watch. However, for a sporty chronograph watch this size is no exception today. The dial of the Capeland Shelby Cobra is deep black and has three sub registers, for the hours, minutes and small seconds. The large chronograph seconds hand has a yellow tip that matches the other yellow accents on the dial. The steel version comes with a leather strap with yellow lining, the black ADLC version comes on a rubber strap with a yellow keeper. The Capeland Shelby Cobra comes with a folding clasp, for both version. 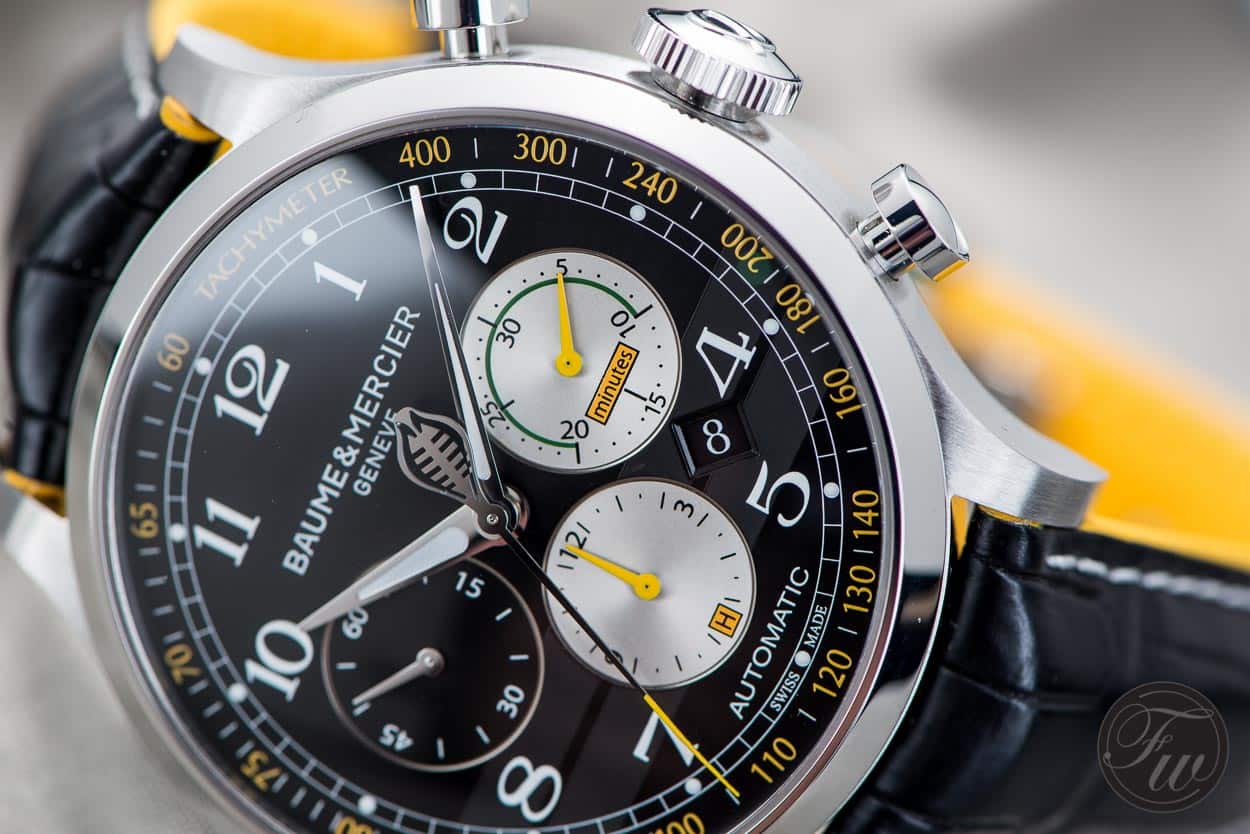 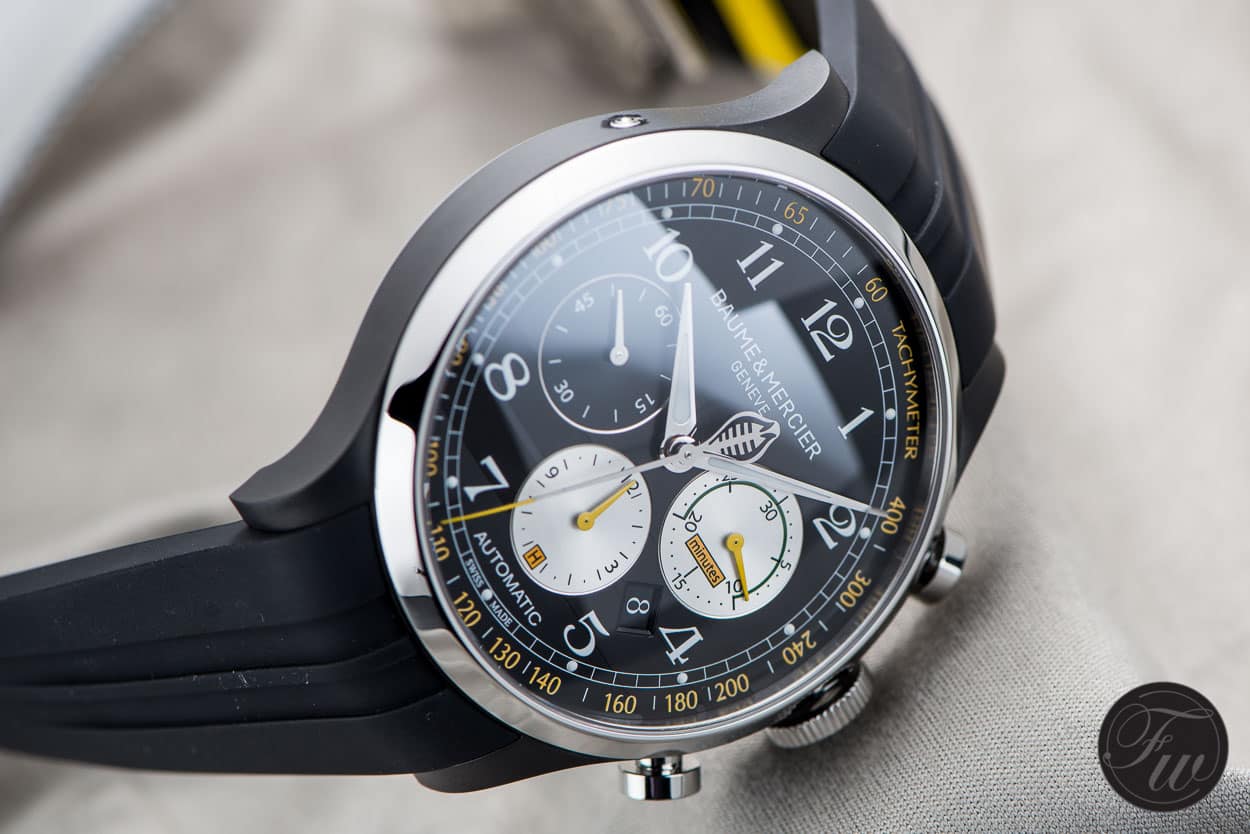 As you’ve probably guessed already based on the lay-out of the dial, the movement that Baume & Mercier is using for this is based on the ETA/Valjoux 7753. This is a slightly different version of the famous Valjoux 7750, but with a small date corrector in the case. This 7750 movement is a solid performer that has been on the market for many decades already, the 7753 iteration was introduced in 2002. It has a power reserve of 48 hours.

The price of the stainless steel Baume & Mercier Capeland Shelby Cobra 1963 is €4100 Euro, the ADLC version will retail for €4400 Euro.