Breaking News: Rolex Updates Datejust With New Dial Options But The Hidden 126234 Is The Best Of The Bunch

How come the most beautiful novelty didn't make it into the press release?
Rob Nudds
comments 14
Share

Okay, I know, I know, I know: everyone’s going nuts over the green leafy dials. But the thing is, they aren’t the big news from this release. I’m not trying to be a contrarian, really, I’m not. That’s just the way I am. Last year, when the internet was melting down over the bright OP dials, I was banging the drum for the silver-dialed 36mm version. That aged pretty well if you ask me. Today, however, I’m saying that texture triumphs over motif and that within this new Datejust capsule release there are two real stunners that could be populating wishlists for years and years to come…

The leaves will come and go. The winds of change will blow them in and out of fashion at will. Texture, however, only seems to get better with age. Think of linen dials. Think of corrugated dials. Remember the dial surfaces that seemed so out there they couldn’t possibly have been made by the most conservative watch brand in the world right now? You see, Rolex has previous experience in this arena and it has always been much better at this kind of thing that people instinctively give it credit for. So, yeah, the leafy dials are sweet. They are really nicely executed. But the gold fluted dial of reference 126233 is miles better. Perhaps even better still, is the white Rolesor model floating under everybody’s radar: the divine blue-dialed reference 126234, the dial of which is pictured below: 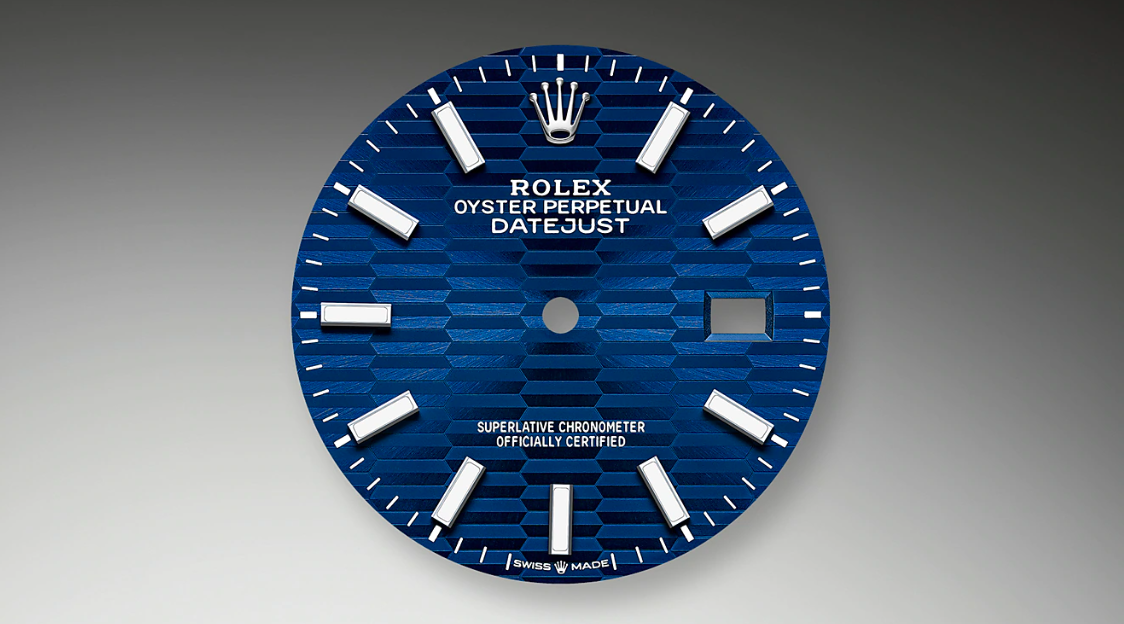 I don’t really understand this, but Rolex has announced the release of four new models (which of course come in a few different configurations with the ability to switch out bezels/bracelets and so on) but reference 126234 isn’t among them. Instead, the gold fluted dial is announced alongside a gold, silver, or green palm motif option. The blue fluted dial in a white Rolesor housing — my personal favorite — isn’t in the announcement. And I’m not imagining things, go and check it out here if you don’t believe me. 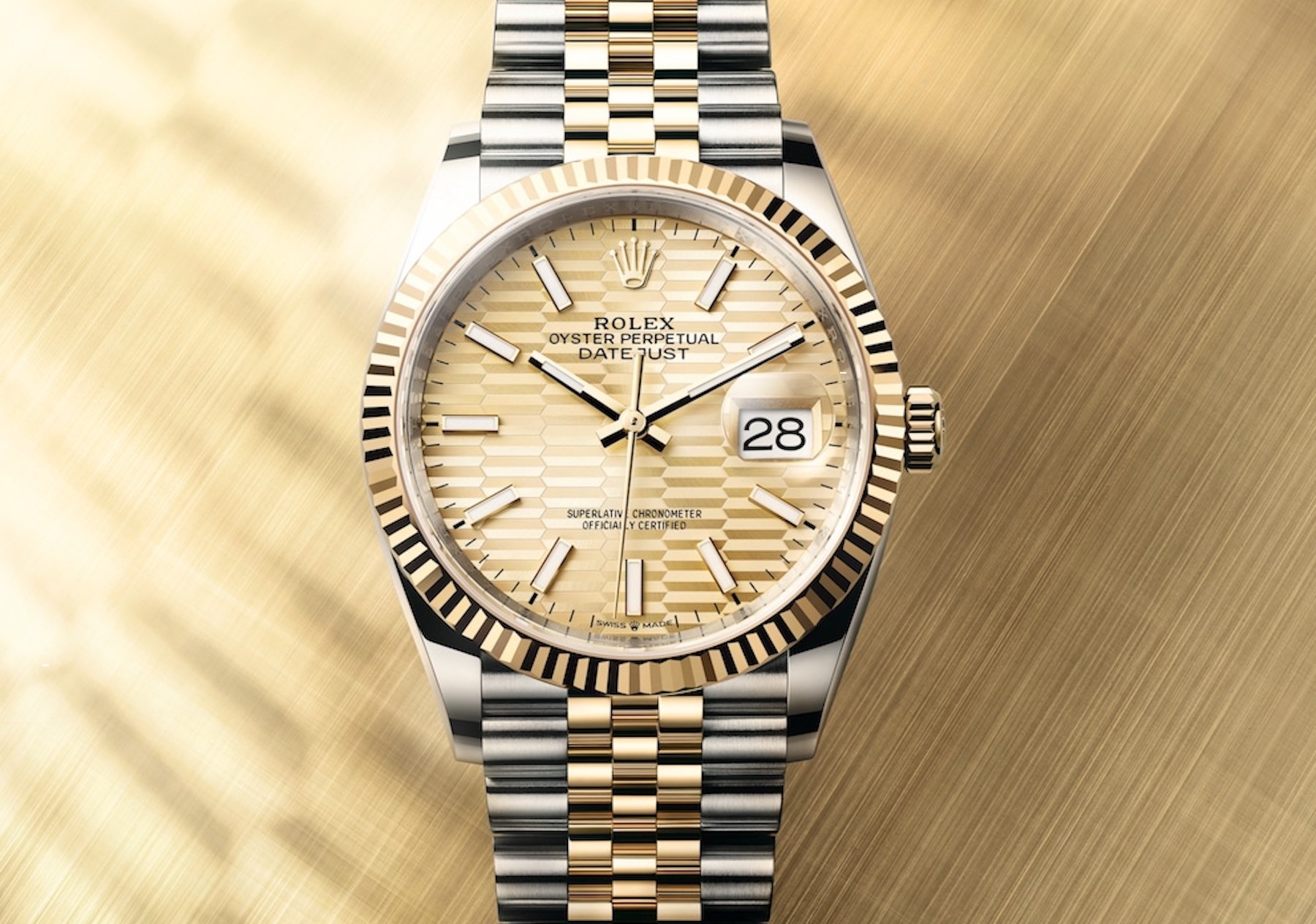 Sticking with the fluted dials for a moment, the pricing of the two references I’ve mentioned thus far are pretty solid. The yellow Rolesor model is €10,900 (neither new dial carries a premium over the existing dials in the catalog), and the 126234 is a very palatable €7,950. That’s exactly the same as the “new” Explorer II, which is pretty decent considering the presence of precious metal. 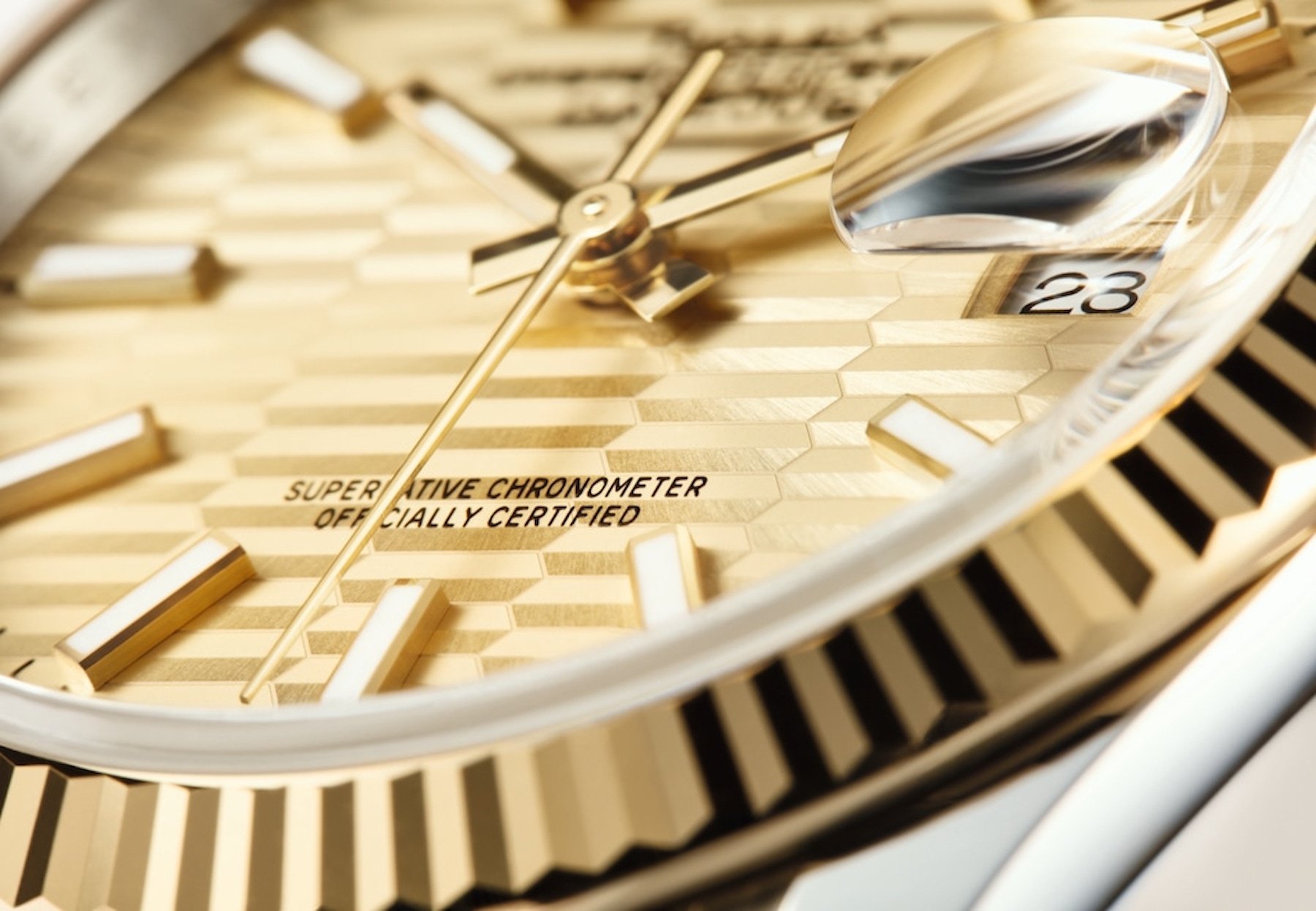 Those two watches — the Explorer II and reference 126234 — are worlds apart in a Rolex sense, but I think they currently represent the very best value in the catalog alongside the silver-dialed Oyster Perpetual (36mm) for €5,200. Rolex watches have gone through the roof in terms of retail in the last ten years or so, and while these entry-level prices would make the eyes of a time-traveling customer from 2008 fall out of their skull, they’re are quite palatable by modern standards. 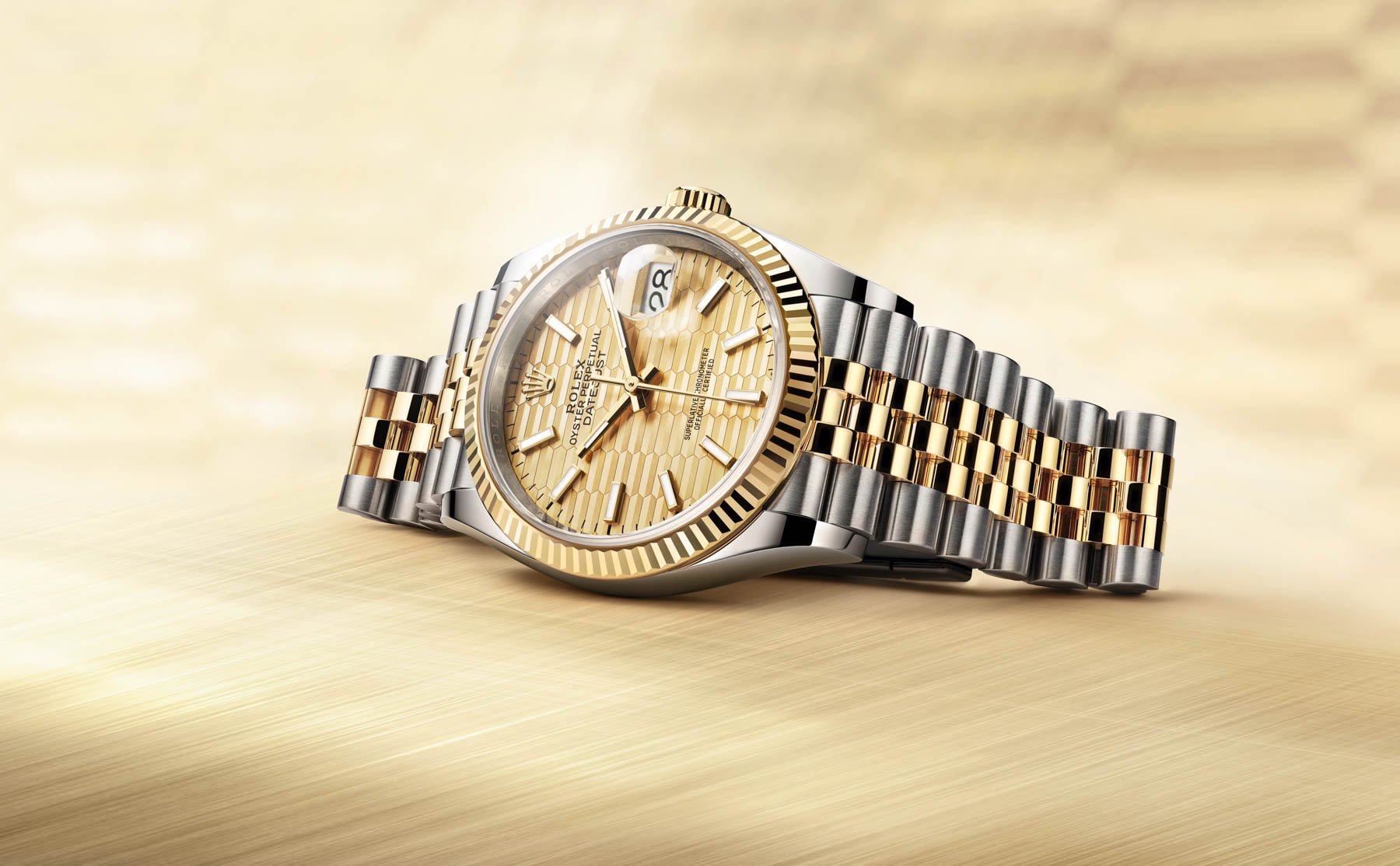 Obviously, the OP is the cheapest of the afore-mentioned trio (and perhaps the most versatile), but both the new Explorer II and 126234 have a lot going for them for what is a relatively small premium (about 50% more, which, in Rolex terms, isn’t that crazy). If you want to live in the moment, by all means, plump for one of the sexy palm dials (green one pictured below).

I have no doubt they will sell slowly and thus become desirable in 20 years’ time, but in that case, I would encourage you to distinguish between things desired for the right and wrong reasons. These fluted dials seem set to join the linens and corrugated faces of the past. Honestly, I’ve never been so close to pulling the trigger on a modern Datejust. It’s just weird I had to discover it for myself… Learn more about Rolex here.