In what could only be described as a shock, we’ve received word that the 40mm steel Rolex Submariner line has been discontinued.

Bethlehem Steel, PAN AM Airways, McDonald’s fries actually fried in lard, or Great Britain as an E.U. member – all institutions once thought to be impenetrable but ultimately proven to be fallible.  And so it goes with the steel Rolex Submariner line.  Whether we’re talking about the version with date, without date, Hulk, or black, consider your chances of finding a new one at an AD somewhere between slim and none. 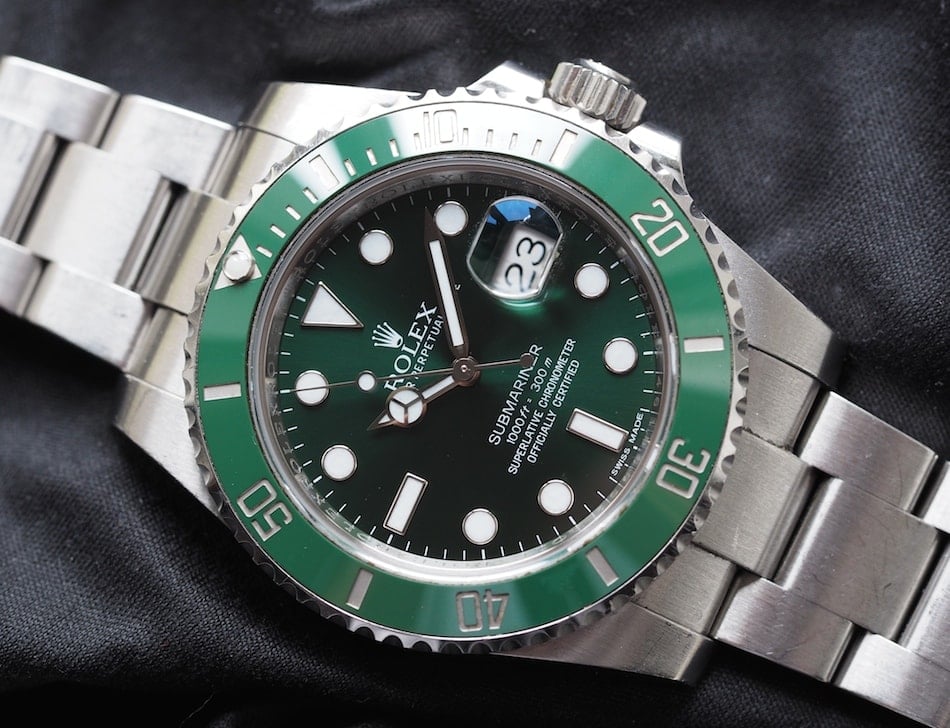 Few signs were shown by the famously secretive and humble brand regarding a potential cancellation of the steel Rolex Submariner line, but perhaps the fact that these pieces didn’t receive an expected update at Baselworld 2019 should have been taken as a sign.  And while we admit that we’re not extremely close to the “coronet”, a few quiet cognacs at the Trois Rois in Basel one evening during the show with a Rolex insider gave us some real, and ultimately tragic, insight. 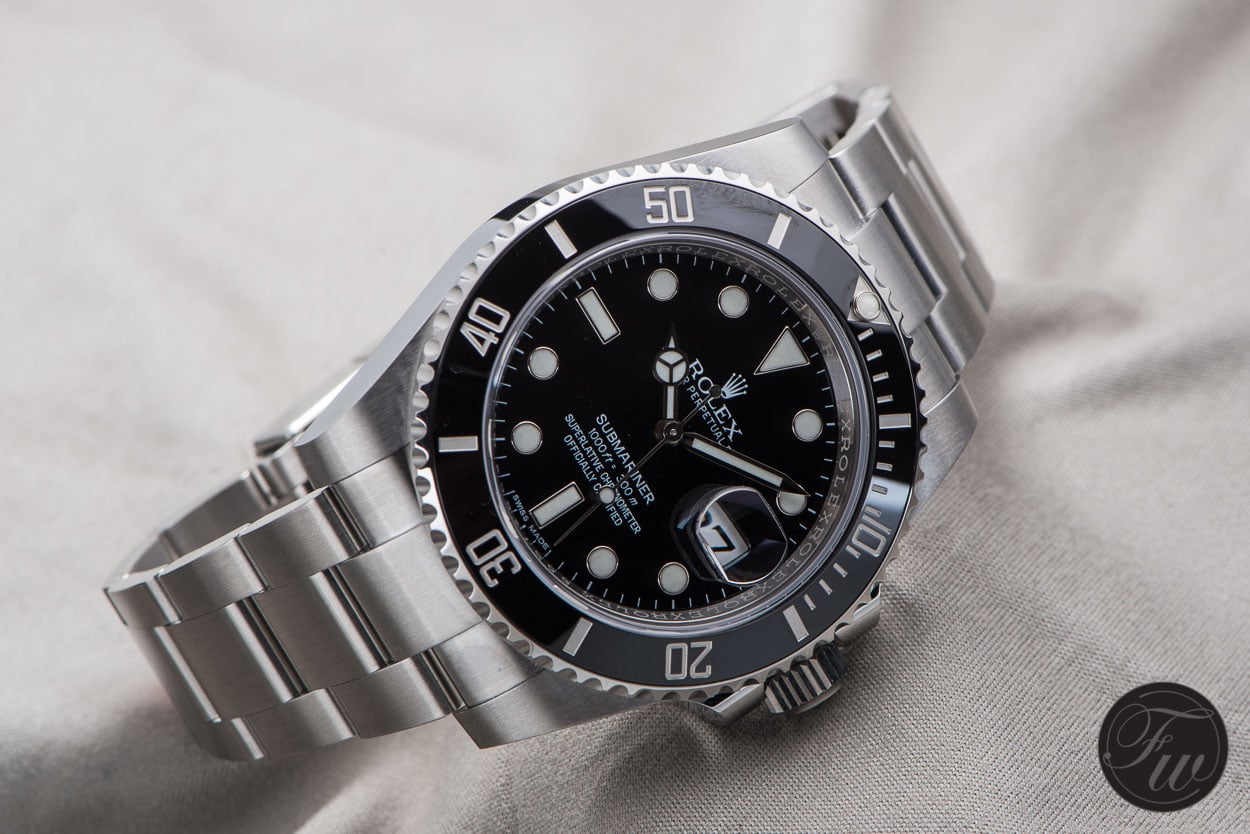 Lack of Supply Due to Lack of Demand

Our source, who obviously wishes to remain confidential, let the information slip about the fate of the steel Rolex Submariner line.  In what could only be classified as a real surprise, it turns out that the decision on the product line was due to several reasons.  First and foremost, it seems that love for the steel Submariner was far more niche than you’d think.  For sure, Rolex noted that internet influencers love to show off their Submariners, but that demand for the divers had actually dropped off by over 50% around the time of the last global recession of 2008/9.  Furthermore, Wall Street managers no longer had the disposable income to afford the outdated divers that were once a sign of budding affluence.  So, if you thought Rolex was curtailing production of steel sports watches such as the Submariner, the joke was on you because Rolex had determined that no one actually wanted them. 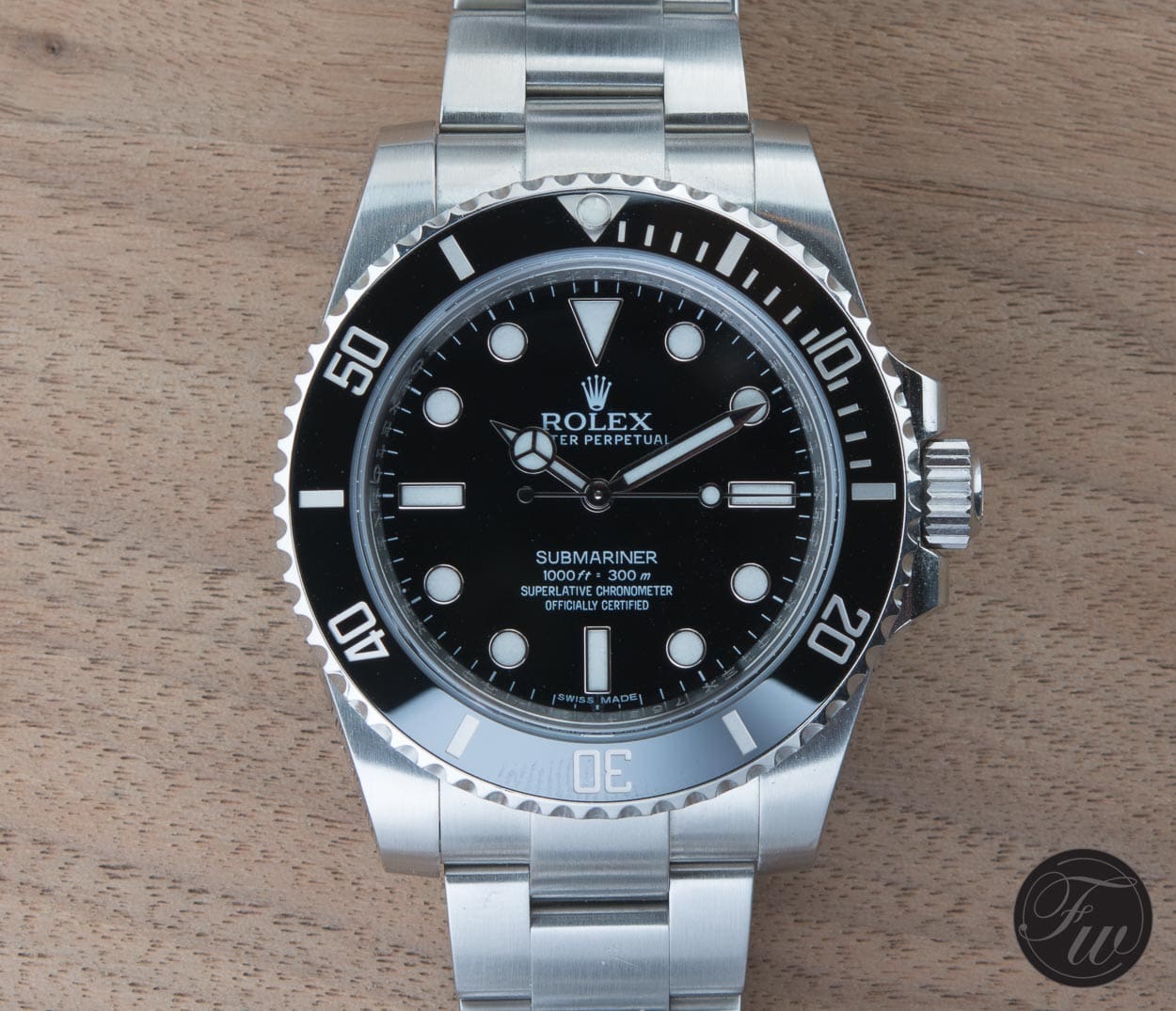 The brand also noted that basic steel instrument-like dive watches such as the Rolex Submariner were essentially useless in today’s age of dive computers and, sticking to their policy of continuous improvement, they no longer felt that such watches were in keeping with their mission. 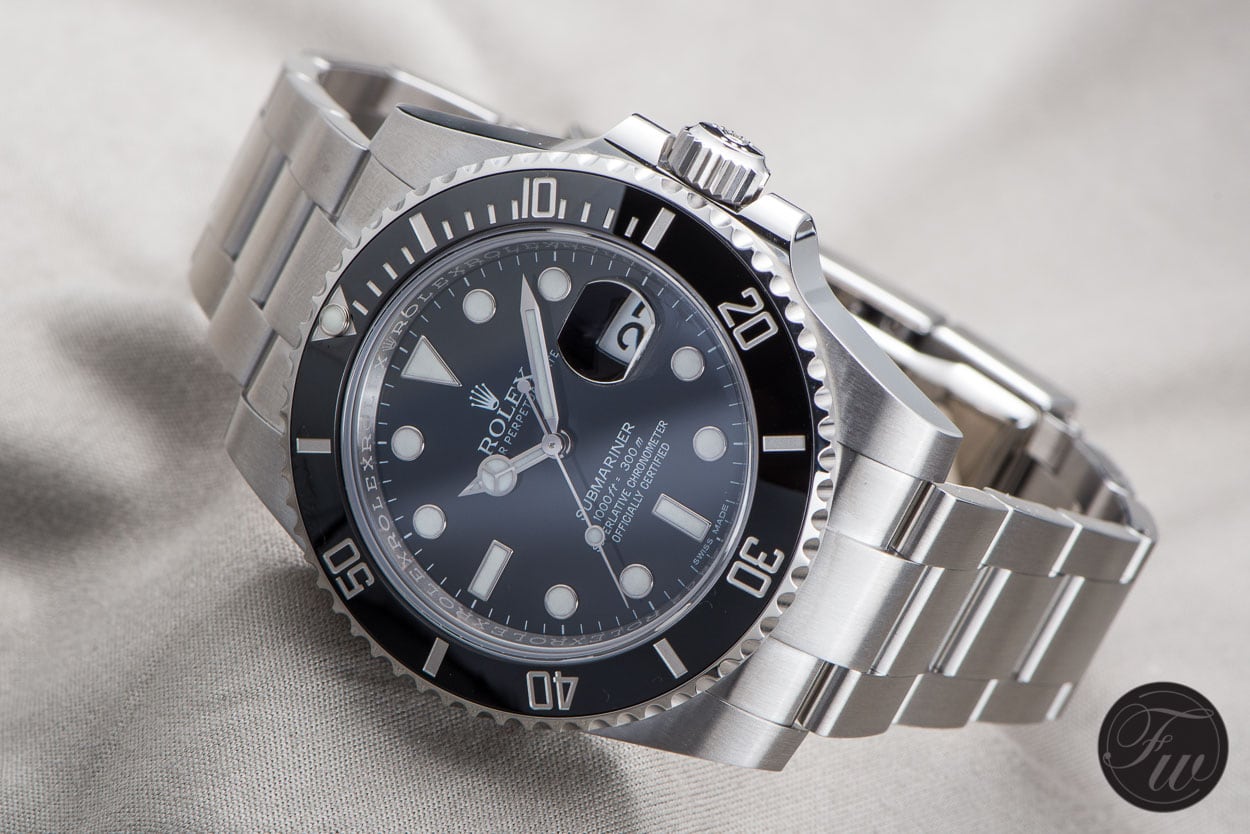 Also, we saw the new two-tone Sea Dweller this year at Baselworld 2019.  While there may have been a collective cringe from the curmudgeons about the addition of a “dandy” version of the once proud king of toolish divers, this introduction should have been taken as a sign.  It seems that they’ll continue to expand the Sea Dweller line at the expense of the dowdy old Subs.  After all, there’s simply not much call for a 40mm and below dive watch these days and, to us, the lack of a helium valve on the lowly 300M diver was always a real oversight.  While Rolex was classically mum about the fate of the two-tone and solid gold Subs in 40mm, our contact hinted that the brand might simply be “running through their massive back stock” before giving the entire model line the axe.  Does this mean solid gold can be expected for the Sea Dweller?  Time will tell. 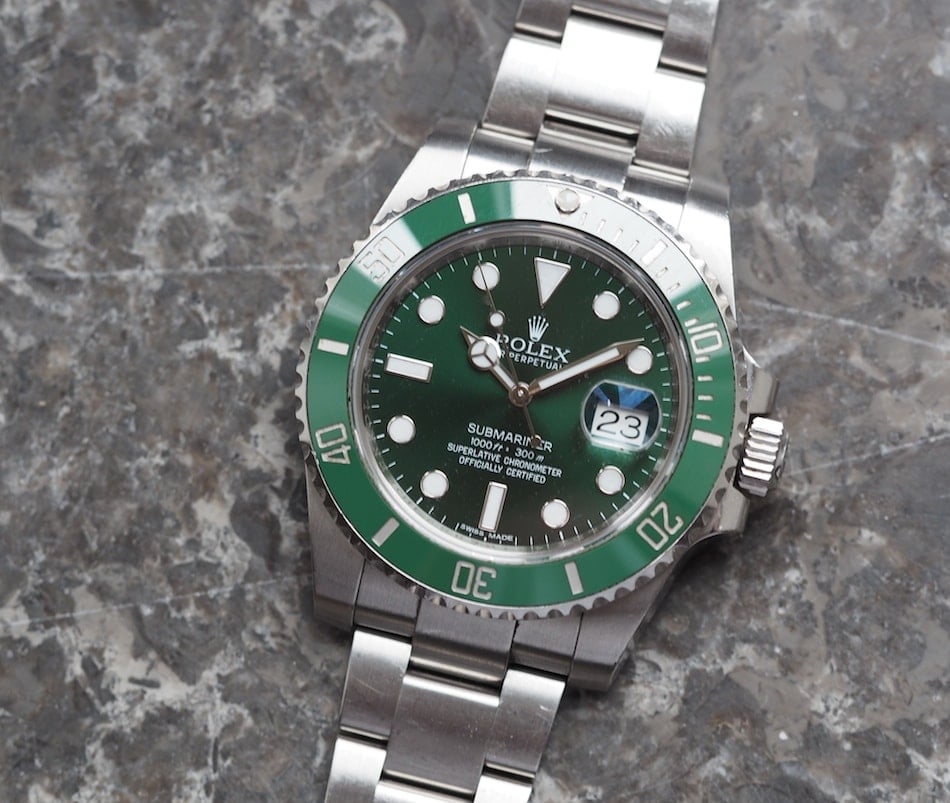 Our thoughts on the departure of the steel Rolex Submariner lineup are mixed.  For me personally (this is Mike writing), I haven’t truly loved a Sub since the aluminum bezel 14060M went away in 2012.  The maxi cases and ceramic bezels since that time were all a bit much for me.  But then again, I haven’t loved a Porsche since the death of the air-cooled engine, so I’m not the best advisor.  Some of our other team members, however, such as Bert and Robert-Jan are mourning the loss and they’re taking it hard.  As owners of relatively new Sub Dates, they’re happy to have made their purchases, but cannot understand why such an iconic watch would be thrown to the wolves.  Let’s see if Rolex’s unceremonious dumping of the steel Sub is good for secondhand values. 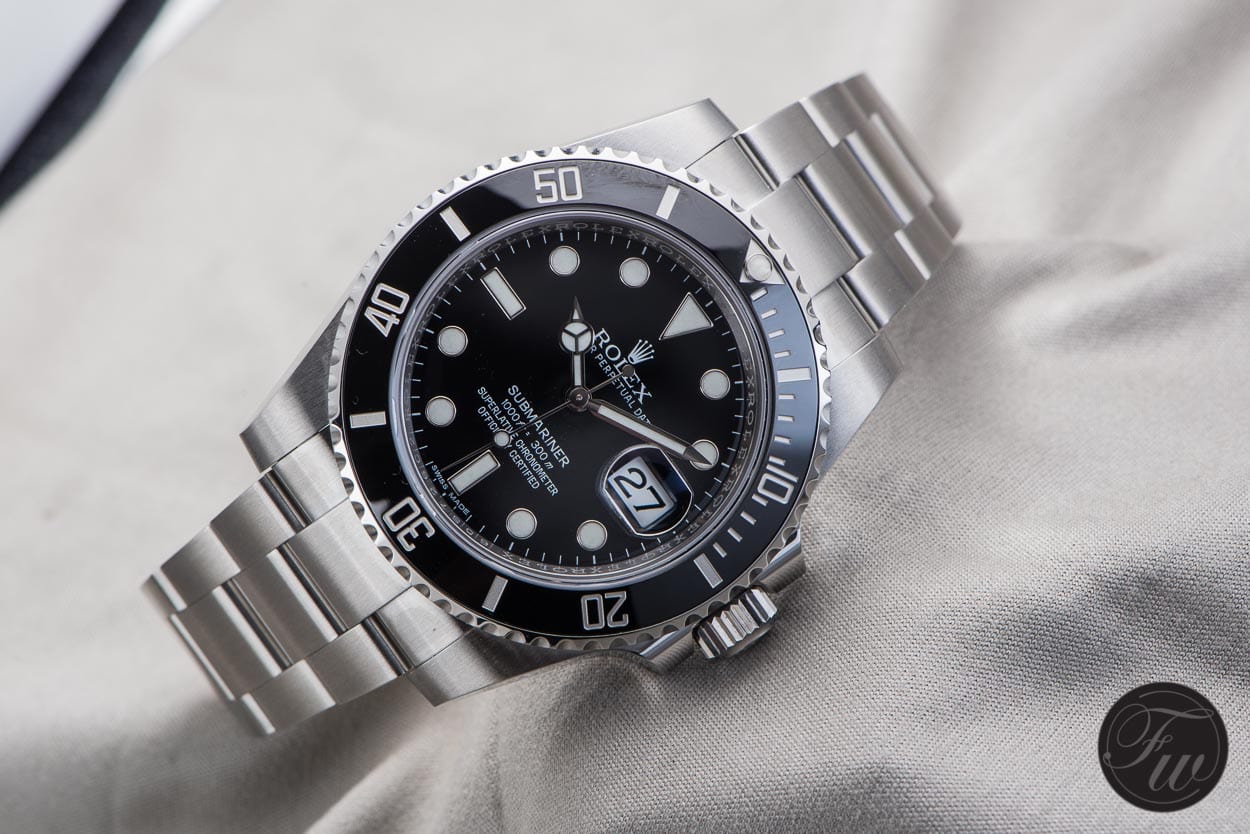 We won’t be the first to admit that we don’t really understand the strategy of Rolex.  They historically make minor adjustments to their lineup at a glacial pace.  Just when you think the time is right to announce an update in time for a sports model’s anniversary, they’ll update the Cellini.  Concerning the cancellation of the steel Rolex Submariner, I suppose we simply have to chalk this up to the fact that all good things must come to an end.  With models such as the steel GMT and Daytona also absent from shop windows for years now, we have to wonder if a similar message is on the way.  After all, when you only update a bracelet on the “Batman”, it just might be a sign…

For more information on the Rolex Submariner – head to APRIL FOOLS DAY!