Building A Watch Brand: Follow Thomas As He Develops A Watch Of His Own

New year, new goals. Mine is building a watch brand. Wait, what? Yes! I have set myself a ridiculously ambitious challenge for this year. I spend my time reviewing and critiquing other people’s work. The time has come to take up the gauntlet and see how well I fare myself. And I want to take you along for the ride to show what it involves.

That means you might see me succeed or fail miserably. Or something in between. It will most likely be a bumpy ride, and I will not censor any of it. In this first installment, I will provide an introduction and my reasons for building a watch brand. Why I am building a watch brand

Quite some time ago now, I made a career switch. I came from a very competitive corporate environment where I was unhappy. With much support from my fiancée, I came to the decision that it was not for me. If I were going to live a long and happy life, I would have to find joy in my work. That meant pursuing something that made me intrinsically motivated and excited, even if that meant drastically lowering my income and career potential. I dove into the watch world and never looked back.

The switch drastically lowered the stress I endured, which is great. I do, however, find myself longing for a challenge every now and then. Something to put me on my toes, working at maximum capacity. Not in the old “overload” sense, but in a healthy flow kind of way.

I took on writing a book in 2021, which I released in 2022. It turned out to be a good move, providing a fantastic challenge. It was one of those efforts that seemed too daunting at first. Not knowing quite how to do it, I just got started. It turns out that all the hurdles that would present themselves were surmountable. In the end, the project has just been infinitely rewarding. It is such a joy to pack a book and print a shipping label with some far-away destination. I need another challenge like that. And I want to make it slightly bigger. Or perhaps smaller. Say… watch-sized. 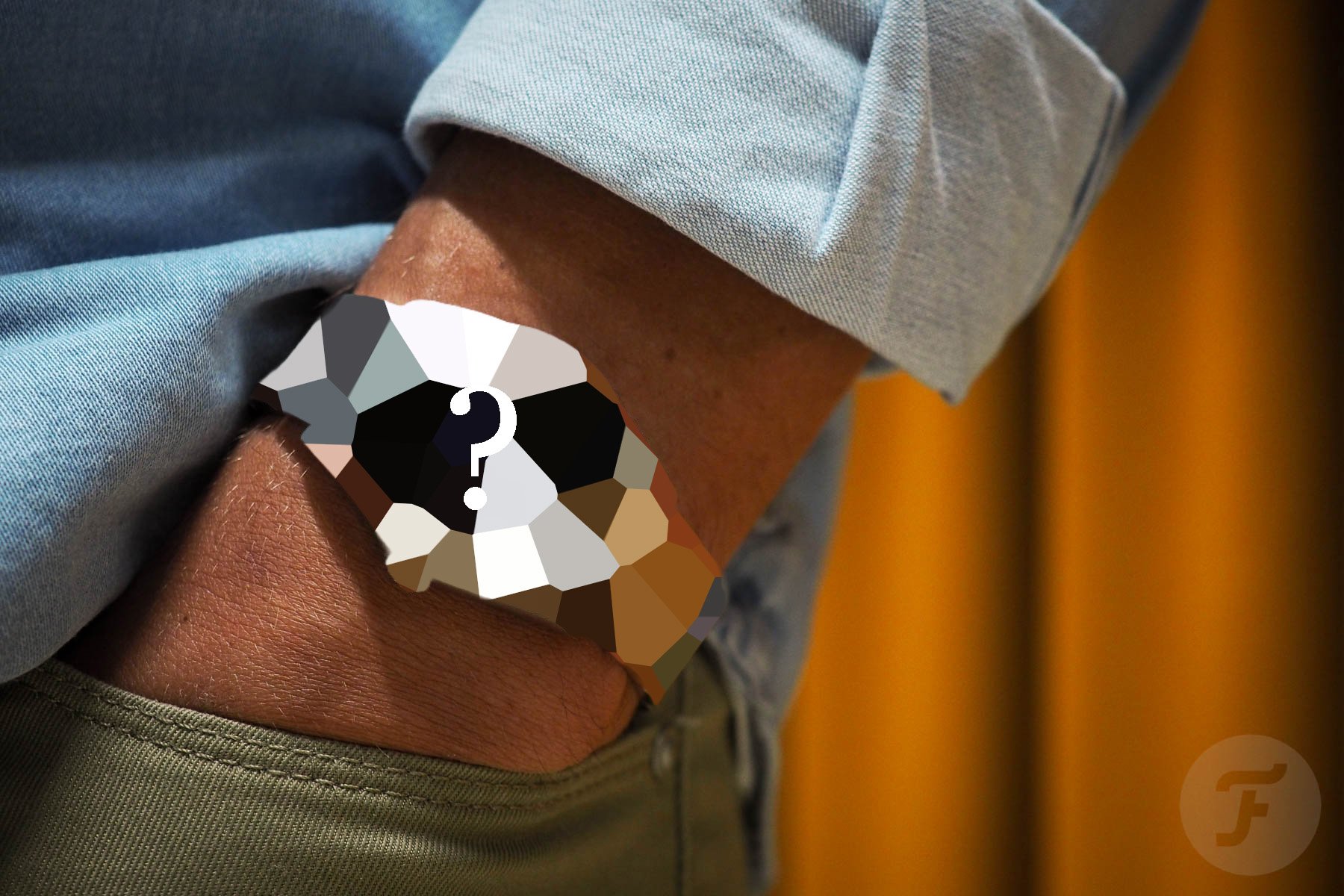 Building a watch brand that has a right to exist

In fact, running something like a watch brand has been a lifelong ambition. Especially since moving into the watch world, it played in the back of my mind. It helps a lot that things like social media, crowdfunding, and rapid prototyping are making it a little easier — or less impossible, I should probably say.

What held me back so far was a good raison d’être for my own watch. At Fratello, we handle a new microbrand watch every other week. Only the best of them actually stand out as a valuable addition to the watch world. There really is no shortage of watch brands, so you need something to stand out. Previously, I had plenty of ideas about a potentially cool design of my own, but they would be too generic or derivative. Perhaps I could have made that work commercially, but it felt unnecessary. It felt like it had no right to exist.

As I handled more and more watches, however, my imaginary dream watch started to form in my head. A list of features and aesthetics that I would love to see in one watch that did not yet exist. A watch that I would personally buy in a heartbeat. One that is quite distinctive, stylistically. And then I figured that if I felt that way, maybe others would love it too. Even if just a handful of people shared my taste, that would be awesome. To me, this watch feels like it needs to exist rather than something I thought up just for the sake of having a watch to sell. 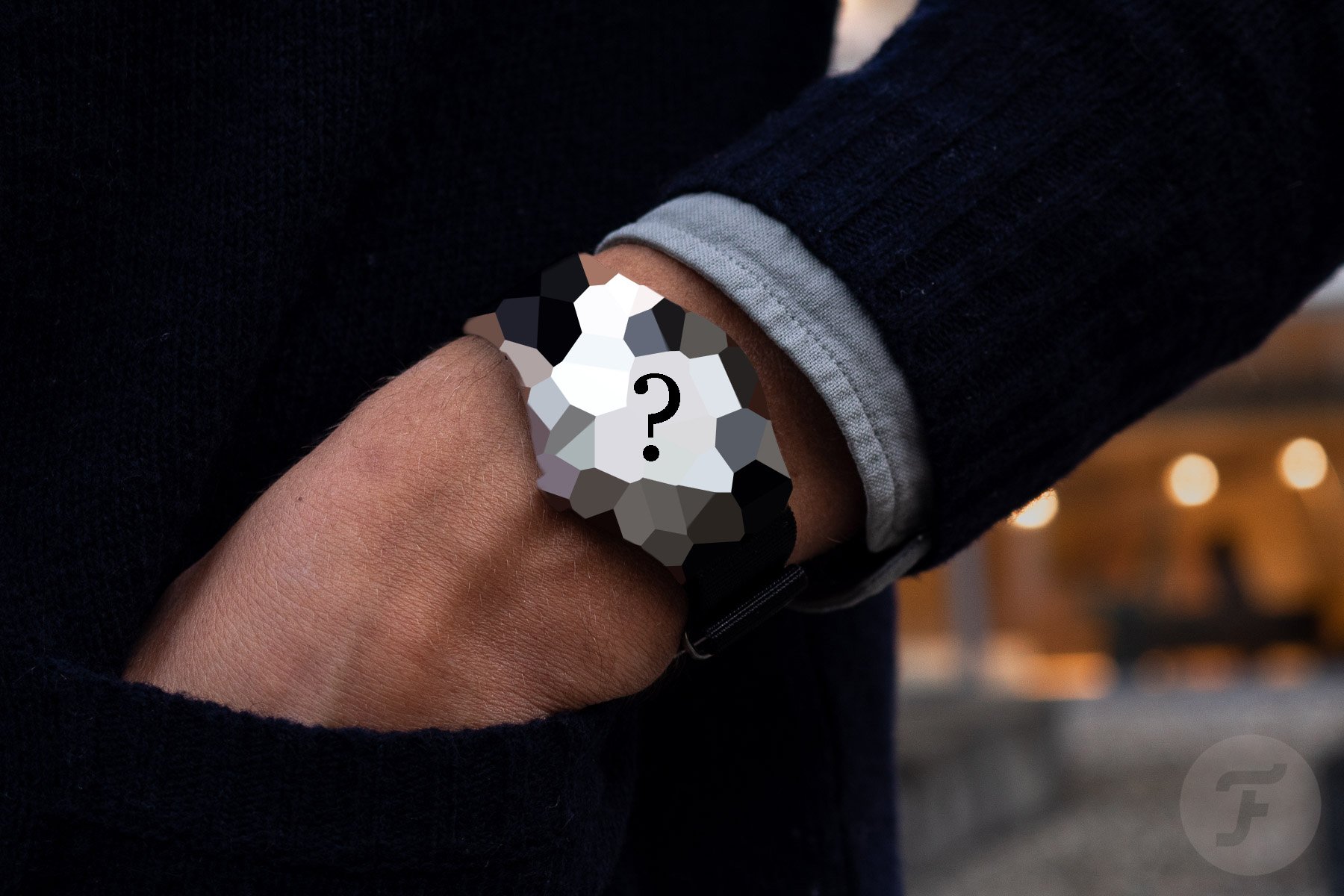 Back in 2008, former Wired executive editor Kevin Kelly posed the “1,000 true fans” philosophy. The idea was that a creator should be able to make a modest living off of just 1,000 true fans. You do not need to speak to the masses if you can create a small, hardcore fanbase.

The idea resonates with me since it fuels a different approach. It stimulates one to take a clear path rather than get stuck in the middle. It can be liberating not trying to be all things to all people. And so I want my building a watch brand to follow that notion. I do not mind if the majority of people think my design is “too x” or “not enough y.” I just need to find a small group of aficionados who love it. And the best way to do that is to stick to what I think a watch should be. That, I believe, is the only way I will find 1,000 true fans that will stick with me.

So accept my apologies upfront; I am sure many of you will not like what I am going to make. I do not intend to make a version for everyone. But if the watch that I envision speaks to you, I hope it does so loudly. It is the only way that makes sense to me in a watch world already overflowing with offerings. And for those who do not feel my design, I hope this series of articles is still worthwhile on its own. 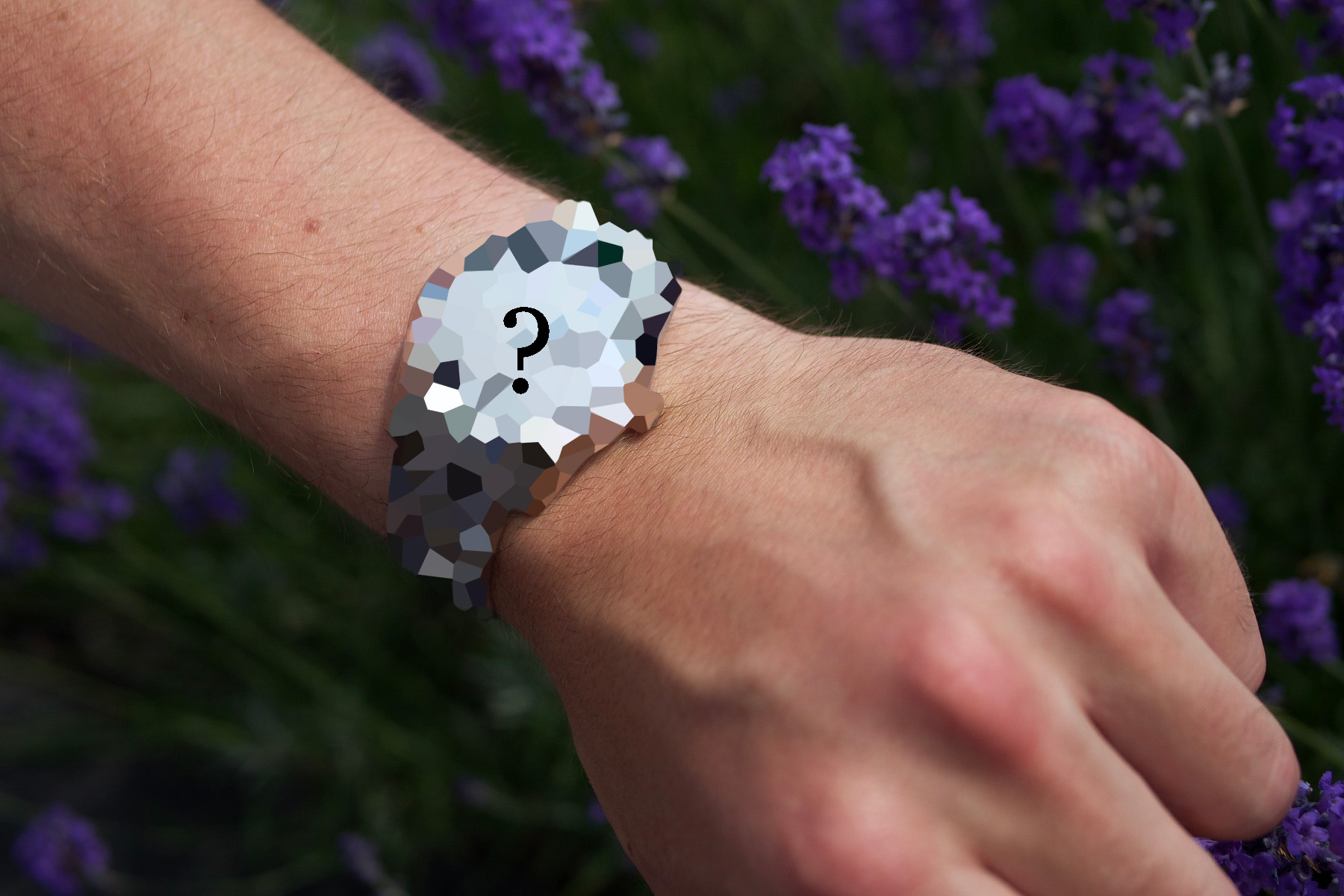 My goals in building a watch brand

Now that we have covered the motivations, let’s set the goalposts. I am fortunate enough to have an amazing job at Fratello that pays the bills, so I really do not care about the commercial success of my own watch. Like I did with the book, I will approach it as a labor of love. If it ends up commercially viable, awesome. If, however, I can barely make it work without losing a ton of money, that is fine too.

The goal, then, is to make something worthwhile. I want the watch to live up to my own standards. It has to be of a quality level that I would be fine with having as my only watch. That is not high horology, but it is certainly not entry-level either. I do not want to skimp on parts to keep the price within a certain segment. The same goes for finishing. I am rather finicky about surface finishing, which tends to be expensive. There is no sense in me building my dream watch and having sub-par finishing. I know this will get me into trouble. Bracelets, for instance, are notoriously costly to manufacture. That is why many microbrands use generic bracelets. Truly great ones, however, are few and far between. At this stage, I am happily oblivious about what a bracelet of my desired spec will add to the overall cost of the watch. That might bite me in the butt later, but we’ll see.

The goal, then, is to design and develop a watch to my own standards and to find a small group of people with whom my approach resonates. This group only needs to be just large enough to make the project viable. That should be doable, right? 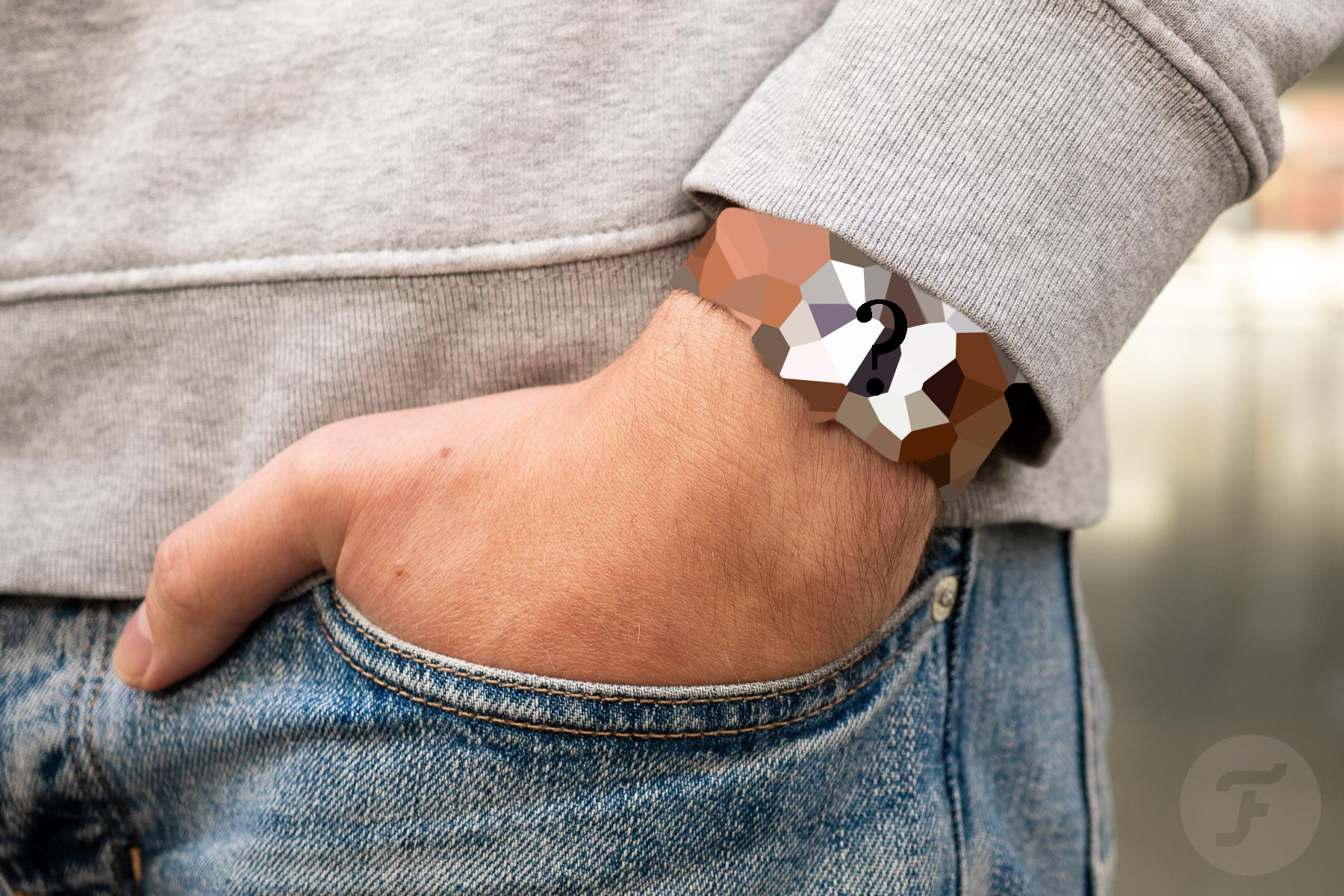 So, Thomas, what are you making?

This should probably come as no surprise to those who have regularly read my articles. You know I am a sucker for do-it-all watches — stylistically versatile watches for everyday use. So naturally, when building a watch brand, my debut model will be a GADA (Go Anywhere, Do Anything) watch.

I will go into more detail in later installments of this series, but there are some things I can already share. A second thing returning readers will know is that my background is in vintage watches. Oh no, another vintage-inspired microbrand? Well, yes. But hang on, it might not be entirely what you are envisioning now.

In my eyes, watch design peaked in the 1930s–1970s era. I am not saying that no great watches were made before or after. The core design language of the watches we love today, however, was largely set in that era. I want to take that language and create something new. I want to make a watch that looks like it could be vintage without straying into homage territory or using faux patina. Picture a NOS vintage watch that was never seen before, suddenly pulled out of some long-forgotten archive. I will go deeper into it later, but this is the starting point. 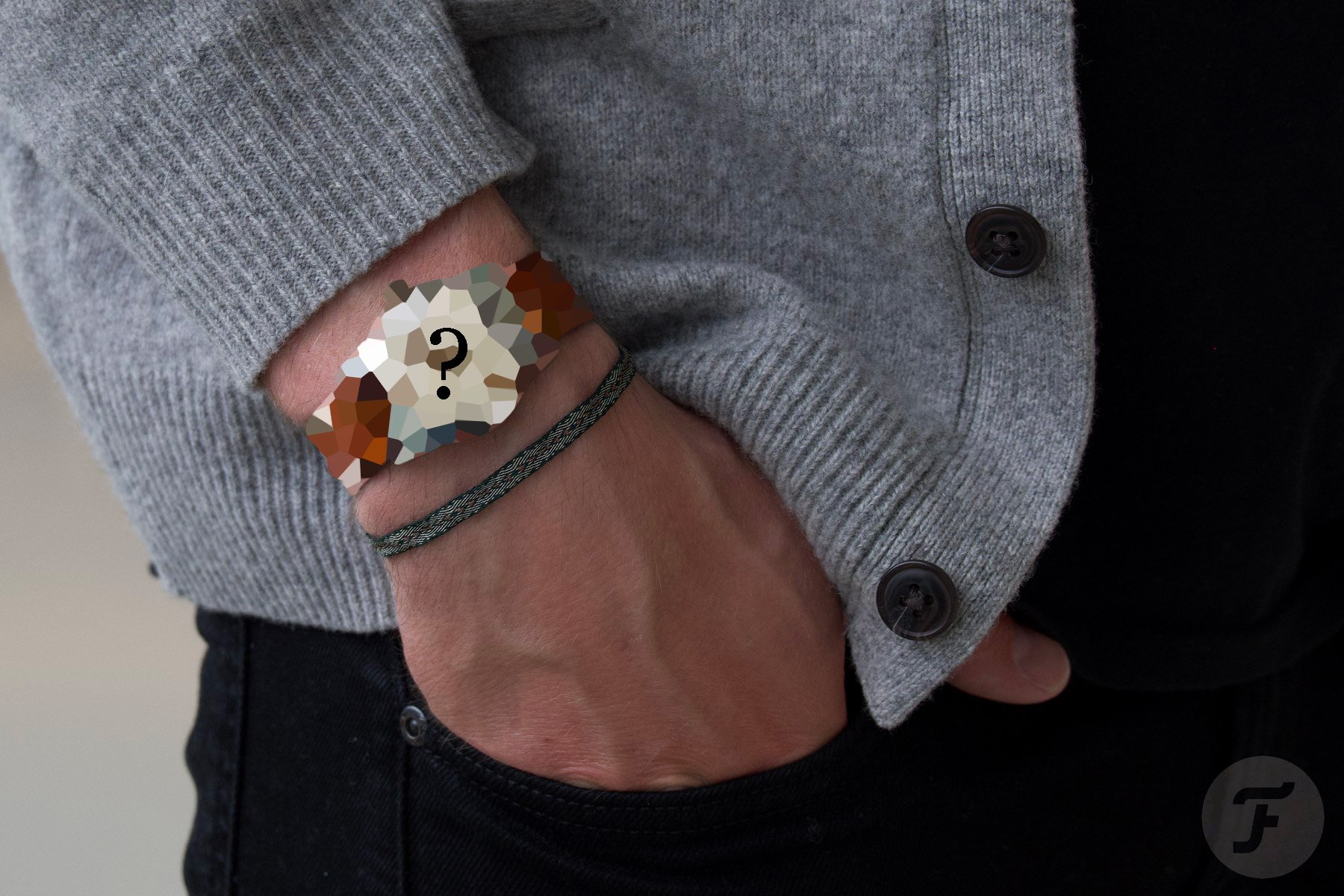 When building a watch brand, you need more than just the watch. You need a brand. Luckily, the corporate career I left was in marketing, so at least I have some basic understanding and experience to build on. In the next episode, I will share more about what the brand itself will be like. Perhaps I can already lift the veil on a name, but I will have to register everything first.

By the time the next article comes out, I will also have discussed my plans with a renowned designer. So far, the design exists in my head only. I can describe it in great detail, but only in words. I need to rely on a skilled designer to turn my imagination into an actual drawing. There is a lot of technical problem-solving to get into as well — issues like striking the right balance between thinness and water resistance, just to name one that we will surely run into.

There is a lot to unpack about the design I have in mind. That goes for both the brand and the watch itself. I have been ruminating on this concept for months already. I am finally at the stage where I am sure I am following through. So in the following articles, I will happily share what I have come up with. 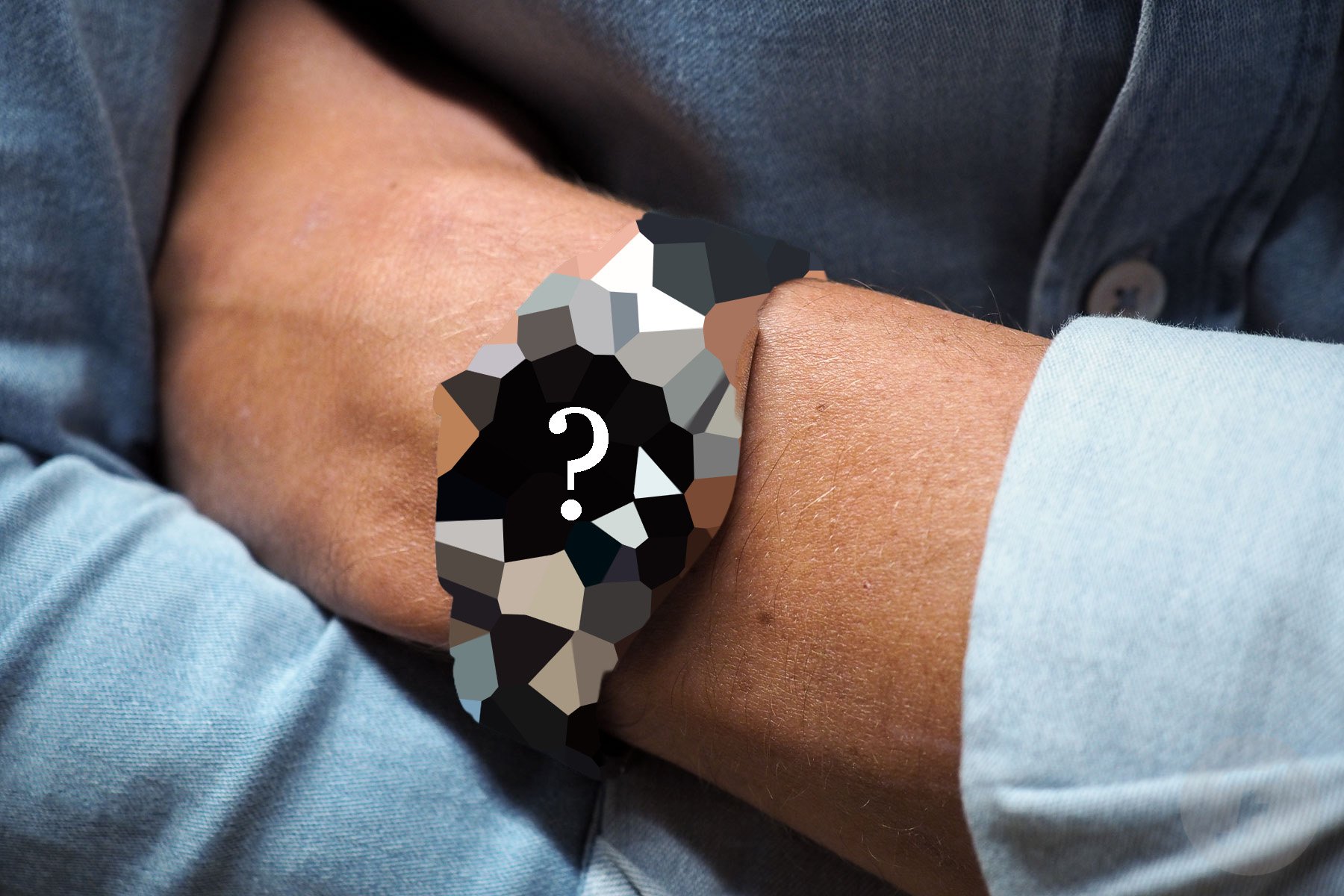 So there you have it. The plan is out in the open. No turning back now. This is actually a little scary. I had been writing the book for months before the crowdfunding campaign put it out in the real world. Now, my even-bigger ambition is already public before there is much more than an idea. But hey, if it does not scare you a little, you have probably set the bar too low.

I am sure the process will be hugely fun and educational for me. And I hope the same goes for you, my watch friends. I would not be surprised if we all gained a bigger admiration and appreciation for the guys and gals who have done this before. It is so easy to criticize and say, “It should have been this or that,” but now we will find out how easy or hard it actually is.

If there is anything in particular that you would like me to share in the process I have ahead of me, let me know in the comments below!