Last week, I published an article on a newly received Mulco Escafandra in my #TBT series of articles. You’ll note that the article is no longer online because I have serious doubts about the legitimacy of the watch. Actually, they’re really no longer doubts. Readers, for this, I hope you accept my apology – and lay off watching or buying these pieces. Mea culpa…these are not good pieces. 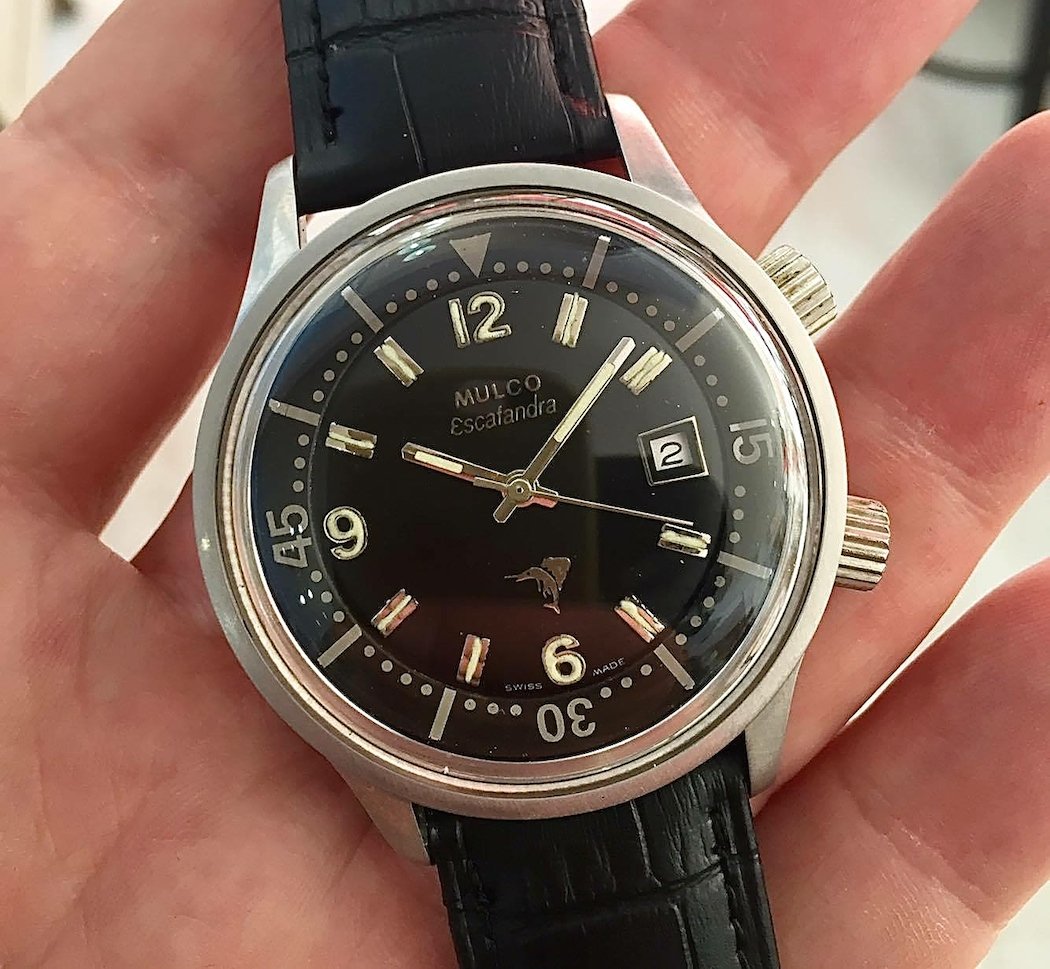 First off, I want to thank one of our readers, Kit “Bloodkrishna” Chung for contacting us at Fratello Watches with a rather complete explanation of why he felt the Mulco Escafandra was false. He cited a number of things related to the case back (a stamped EPSA logo on the inside) and the lack of a true bayonet closure system. Furthermore, he contends that Mulco never made this model – a version with paddle hands is actually correct.  Admittedly, the later part was the only area where I asked for more info as there were a lot of Super Compressor pieces made by many companies using similar cases, crowns, etc.  However, I’m fully convinced, so thank you Kit!

Despite showing Mulco signatures, the case closure is not consistent for a Super Compressor – nor is the stamping of the information on the inside case back – also, all of these pieces are strangely dated “7-62”

The interesting thing about this Mulco Escafandra is that only one had been sold in similar condition on eBay before I decided to buy the featured piece from Andreas (he’s one hell of a standup seller as he’s taking it back and the original eBay seller has agreed to do the same with refunds). Since I took delivery of the watch, several more have come up for sale through various sellers and that points to trouble. All are dated “7-62” on the inside case back and all feature similarly worn cases and roughly lumed dials. Sometimes, I’d chalk it up to a watch getting exposure (like I sadly chose to do in my article last week) and then a few coming out so sellers can make money off of their newly found item, but the recent upsurge in similar models is too fishy.

What else is questionable? Well, go have a look at the various sellers carrying the Mulco Escafandra on eBay right now and then go have a look at what other items most are currently selling or have recently sold. It’s largely a pile of conversions, and frankens. That alone doesn’t make the Mulco a fake, but it’s not a good sign – at all. 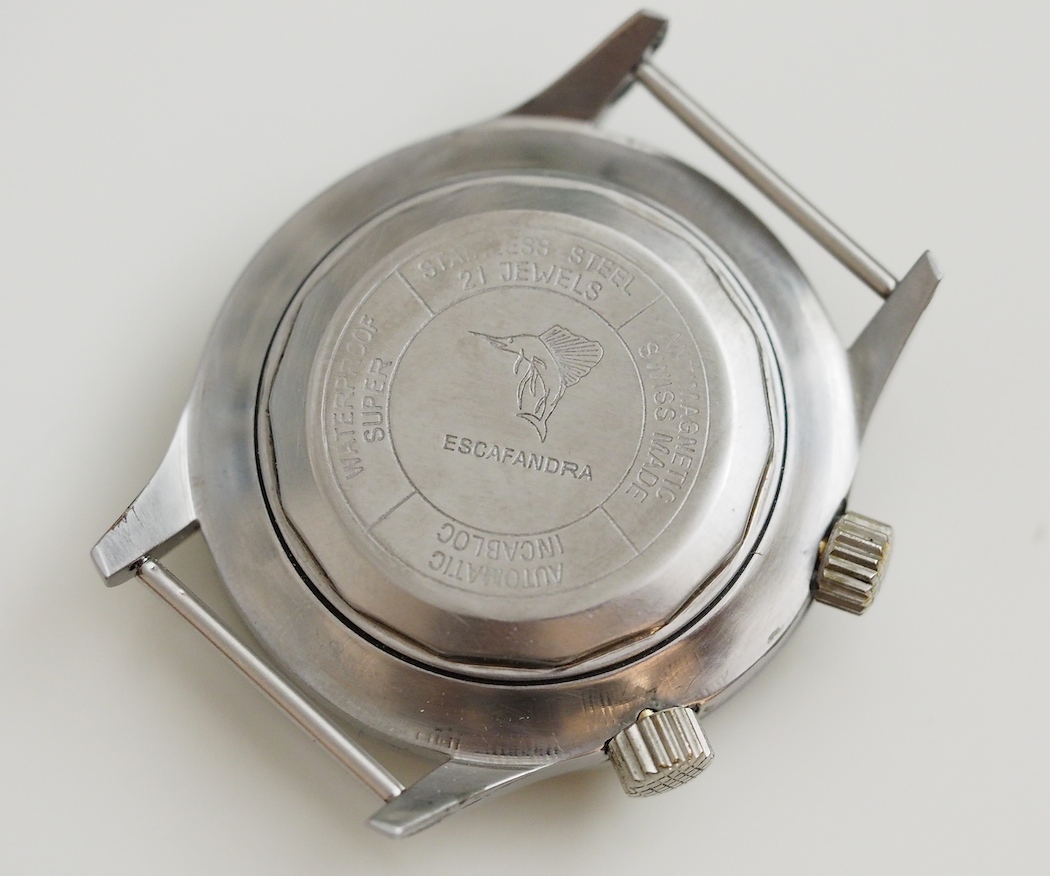 The detail looks convincingly old and worn on the back of the fake Mulco Escafandra, but all pieces I’ve seen look the same – down to the wear spots

Faking a Mulco Escafandra seems to be a weird and eccentric choice, but it’s oddly reminiscent of the oft-fabricated Fortis Marinemaster and the UG Polerouter Sub (another Super Compressor 42mm case). In fact, it’s a good guess that the fiends behind the Mulco also created the UG and perhaps are using up old parts now that the UG has been properly exposed – and they’re showing up everywhere. Furthermore, choosing an obscure watch like a Mulco likely ensures that it will go unnoticed for some period of time or even gain acceptance as a rarely seen model.

Did I like being told that the Mulco Escafandra was fake? Not at all. Did I feel shades of wanting to say that it’s real? Absolutely – and that’s pretty common for us watch collectors who think we might have gotten a good deal or, more likely, found something odd or interesting. For sure, oddball pieces do exist and survive without documentation, but this doesn’t fall into that category.  Plus, it’s always good to learn something – and learn I did.  In the end, tt’s a shame as I actually like the watch and it even runs well. But…fake is fake and that’s just not something we can support nor publish in good faith.

Again, a big thanks to our reader, Kit, for writing in and to Andreas for standing behind his merchandise. I joked with Kit that I’ll stick to chronographs in the future… Again, I hope you’ll accept my apologies for publishing something on a wrong piece. In the end, let’s hope I’ve a learned a lesson that you can avoid.