In 1965, Citizen introduced the first-ever timepiece made in Japan that boasted a mineral crystal. According to the brand, at that point in time, it was also the world’s slimmest automatic watch with a display of the date and day of the week. Citizen named it the Crystal Seven to honor these features that represented its watchmaking advancements. Fast forward to 2020, the Japanese giant revived the model with the new Citizen C7 collection for the Asian markets. Now four of the variants from the C7 series have finally landed in Europe. We received two of them in our office, so lets’s take a look. 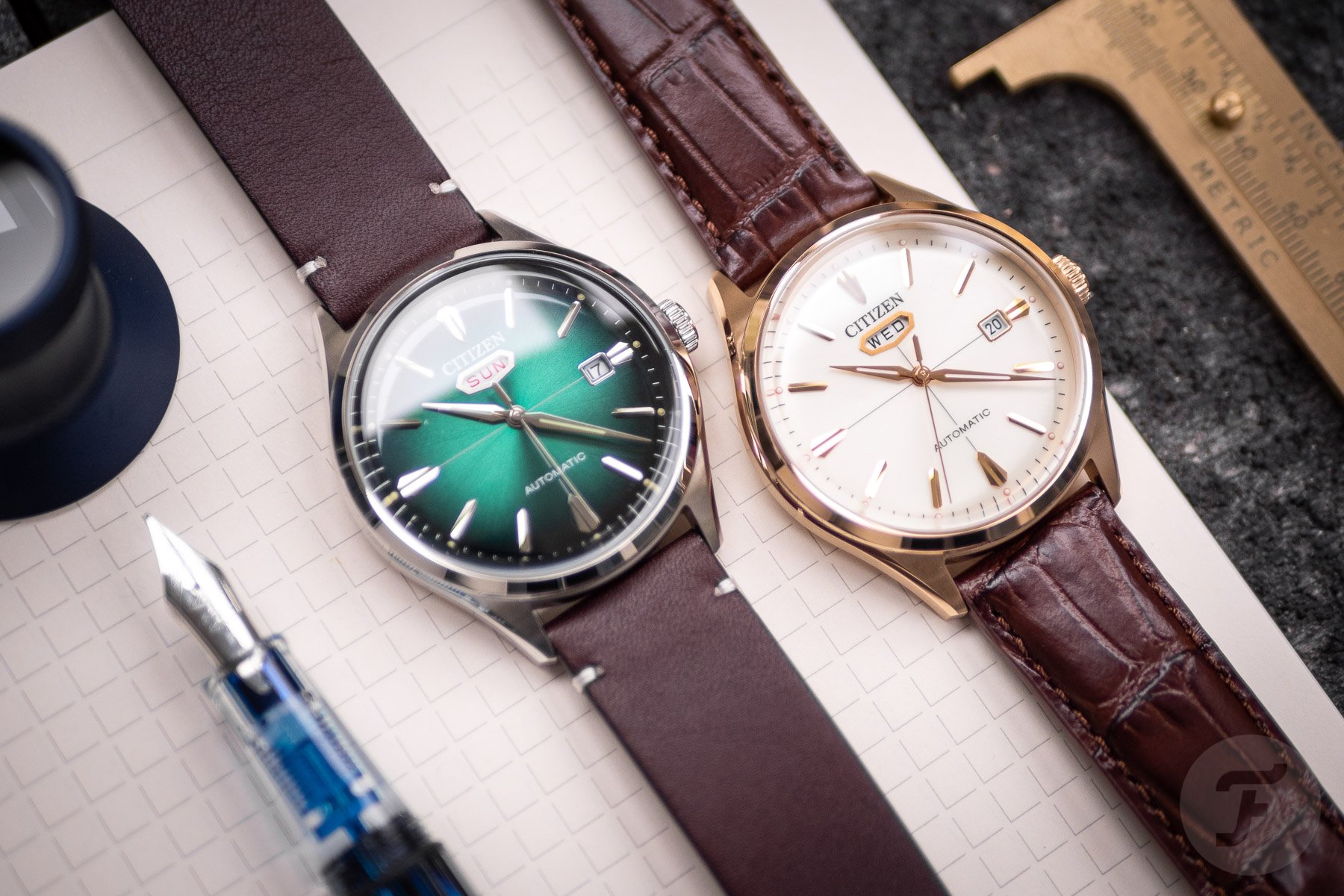 As a watch company that began life in 1918, Citizen’s archives must be a treasure trove. Just last week, we reported on another remake of a Citizen vintage dive watch here. In the same vein, the brand has modeled the design and technical traits of the comeback version on the original Crystal Seven blueprint with a few modern tweaks. 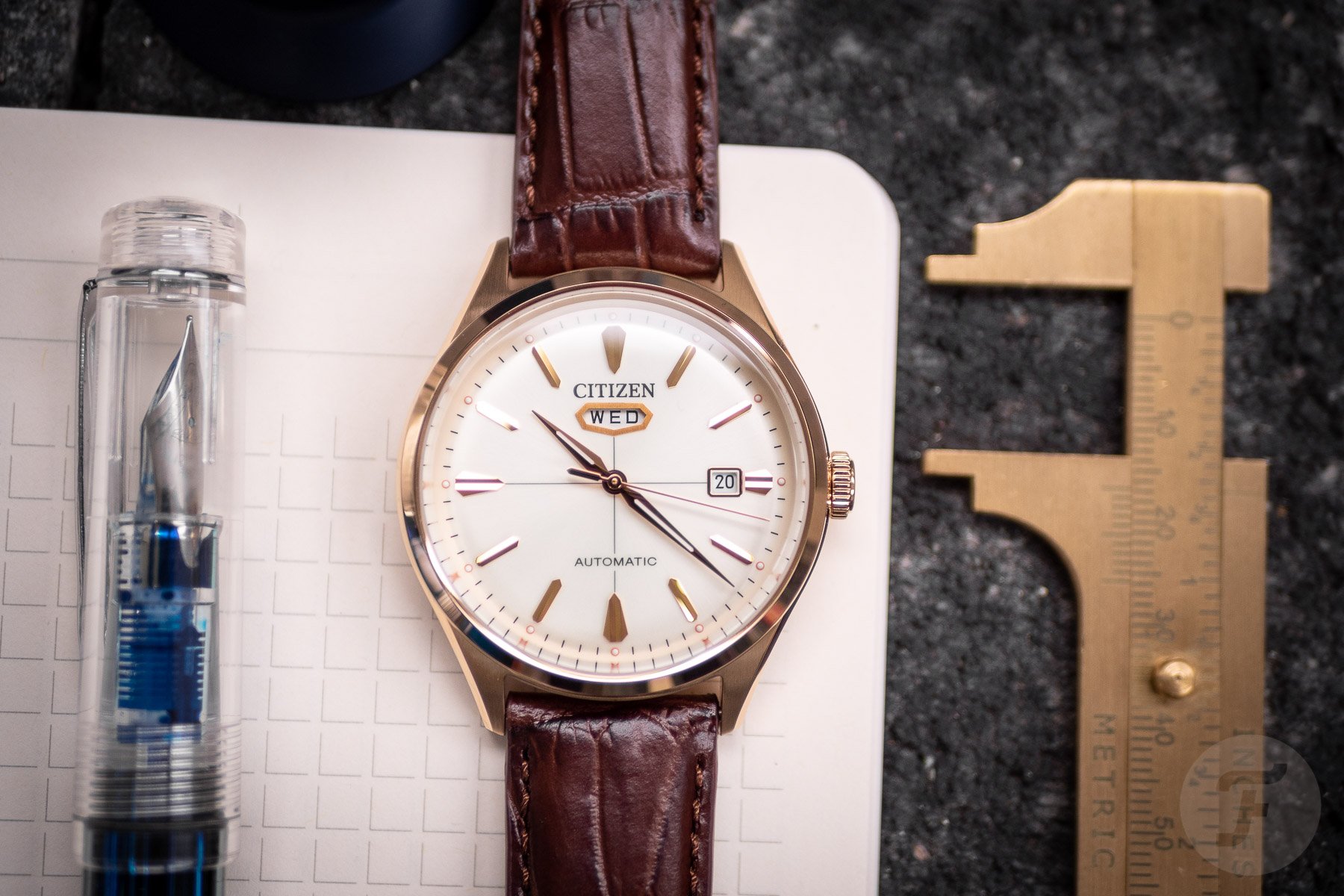 The debut Crystal Seven was such an instant success that a million units were sold in the year it debuted. The following years saw the design evolve into more variants while revolving around the namesake features. 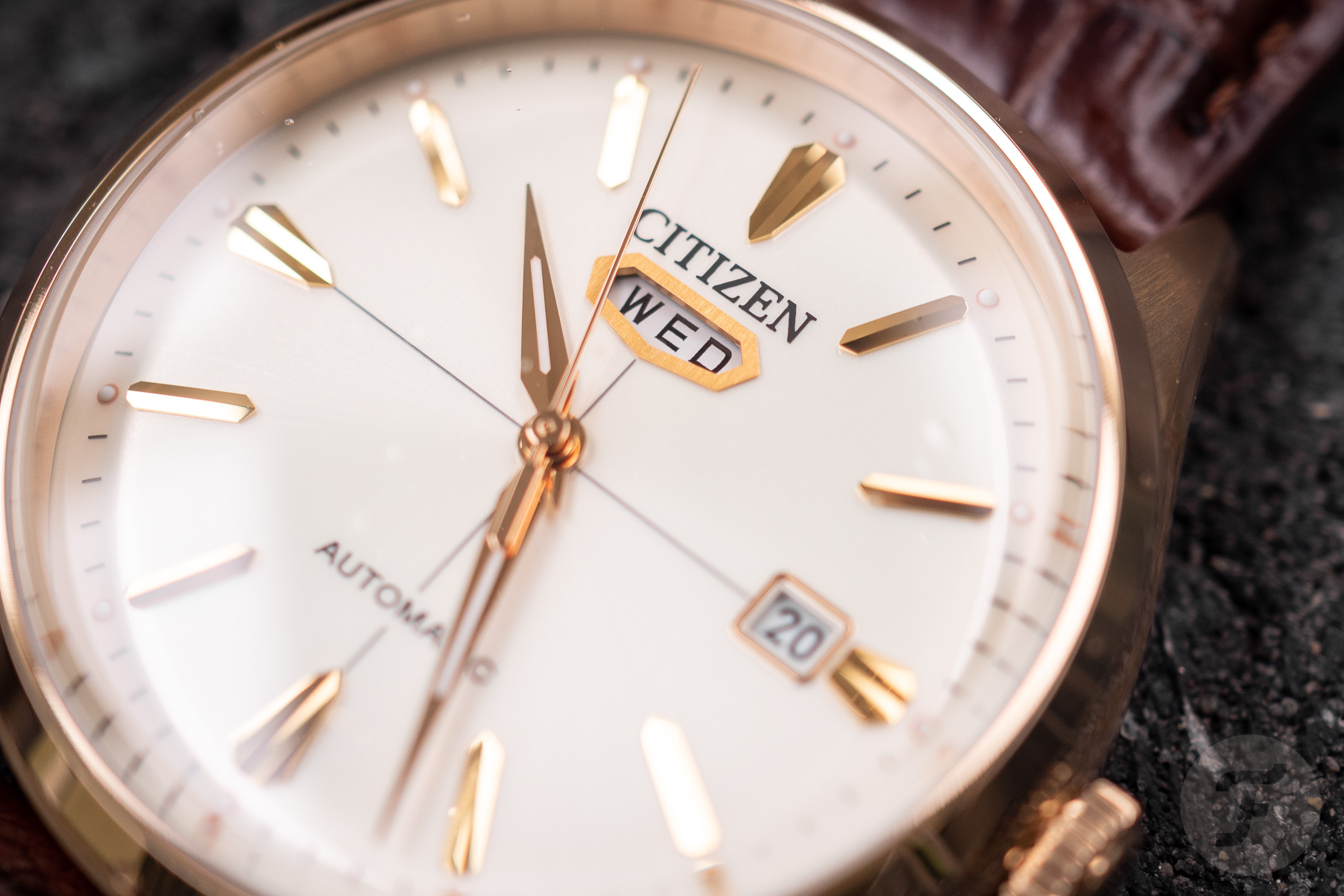 As for the new C7, it stays largely faithful to its 1965 original in terms of aesthetics. However, compared to its 36mm ancestor, it is substantially a larger watch at 40mm. It is certainly an intriguing move given that the market has started to lean towards smaller watches, in some way thanks to the vintage revivals.

Another notable update is the exhibition case back which has replaced the metal case back of the past. On full display is the Citizen Miyota caliber 8200 that powers the new C7. Citizen has used this automatic movement for a long time. It is reliable, and though it is not elegantly finished, it is still intriguing to look at, especially for newer enthusiasts. The mechanism beats at 21,600vph (3Hz) and provides approximately 40 hours of power reserve on a full wind. 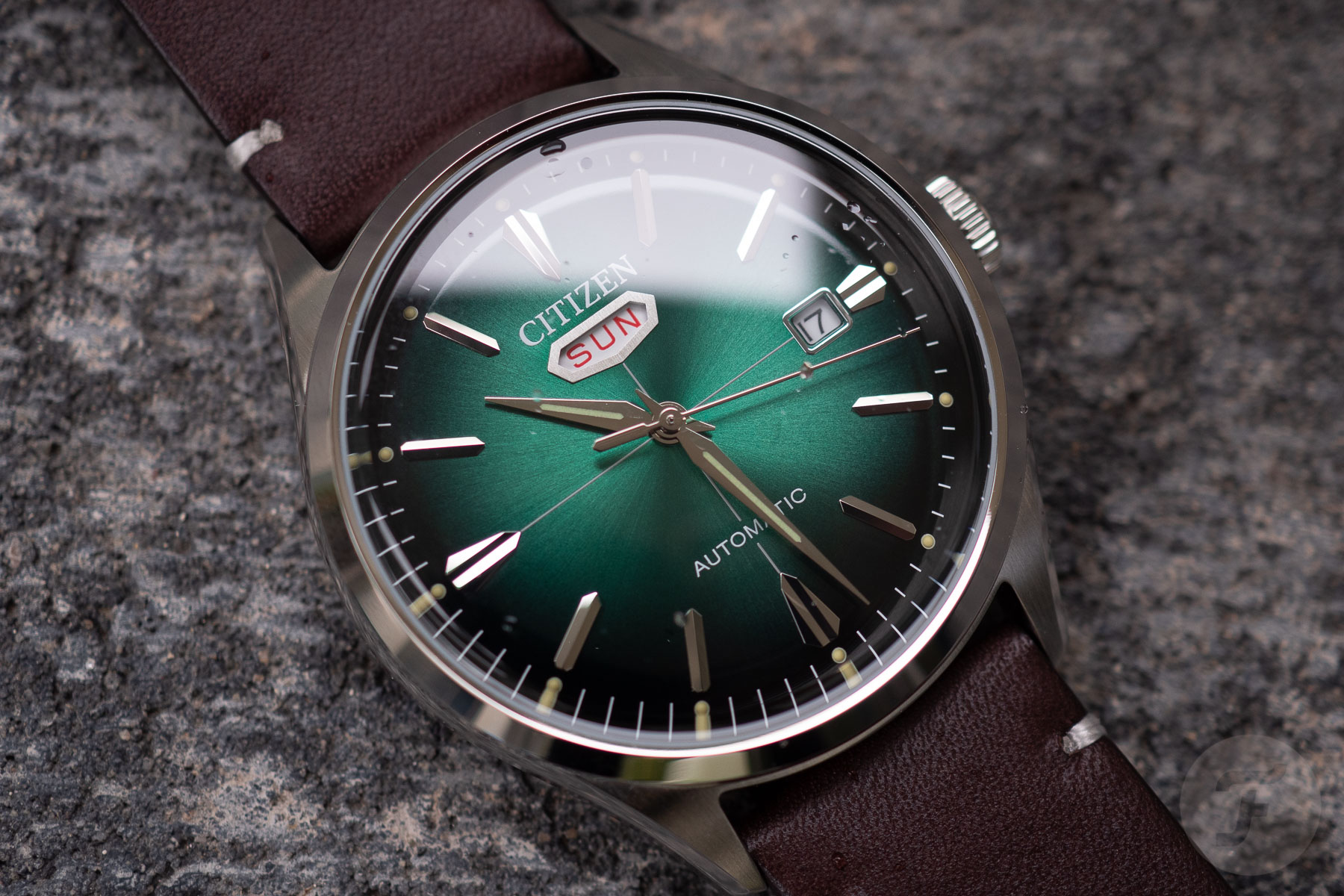 The signature elements of the C7 are, of course, the use of a mineral crystal and the seven-weekday complication. Given how ubiquitous these features are in modern watches, we would have never guessed that back in the ‘60s, they were major advancements in volume manufacturing and were still rare. 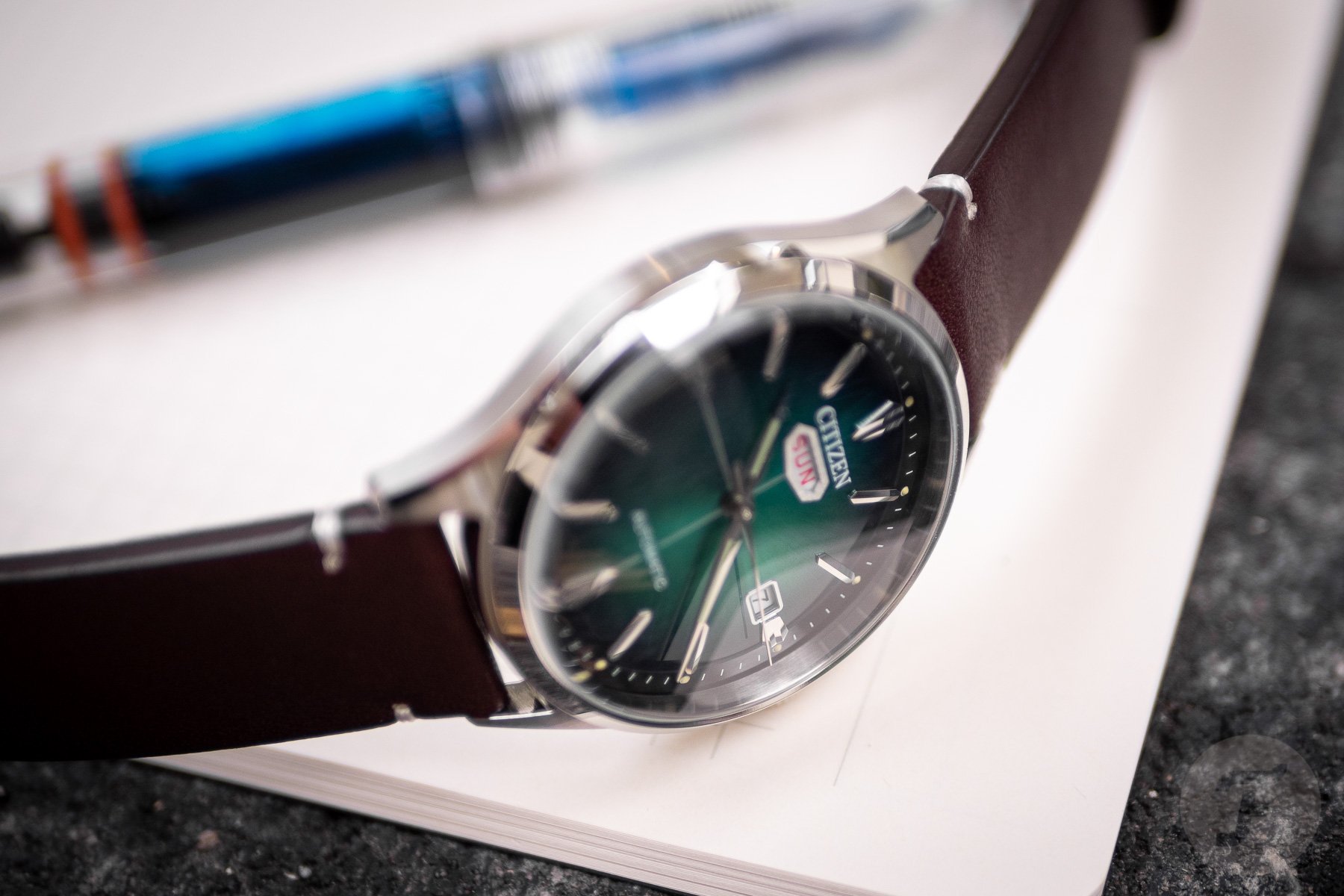 Back then, it was common practice to use an acrylic crystal. This material, sometimes called acrylic glass or Plexiglass, is a clear thermoplastic that is lightweight and tough but prone to scratches. In comparison, mineral crystal is a superior choice that provides greater scratch resistance to enhance legibility. 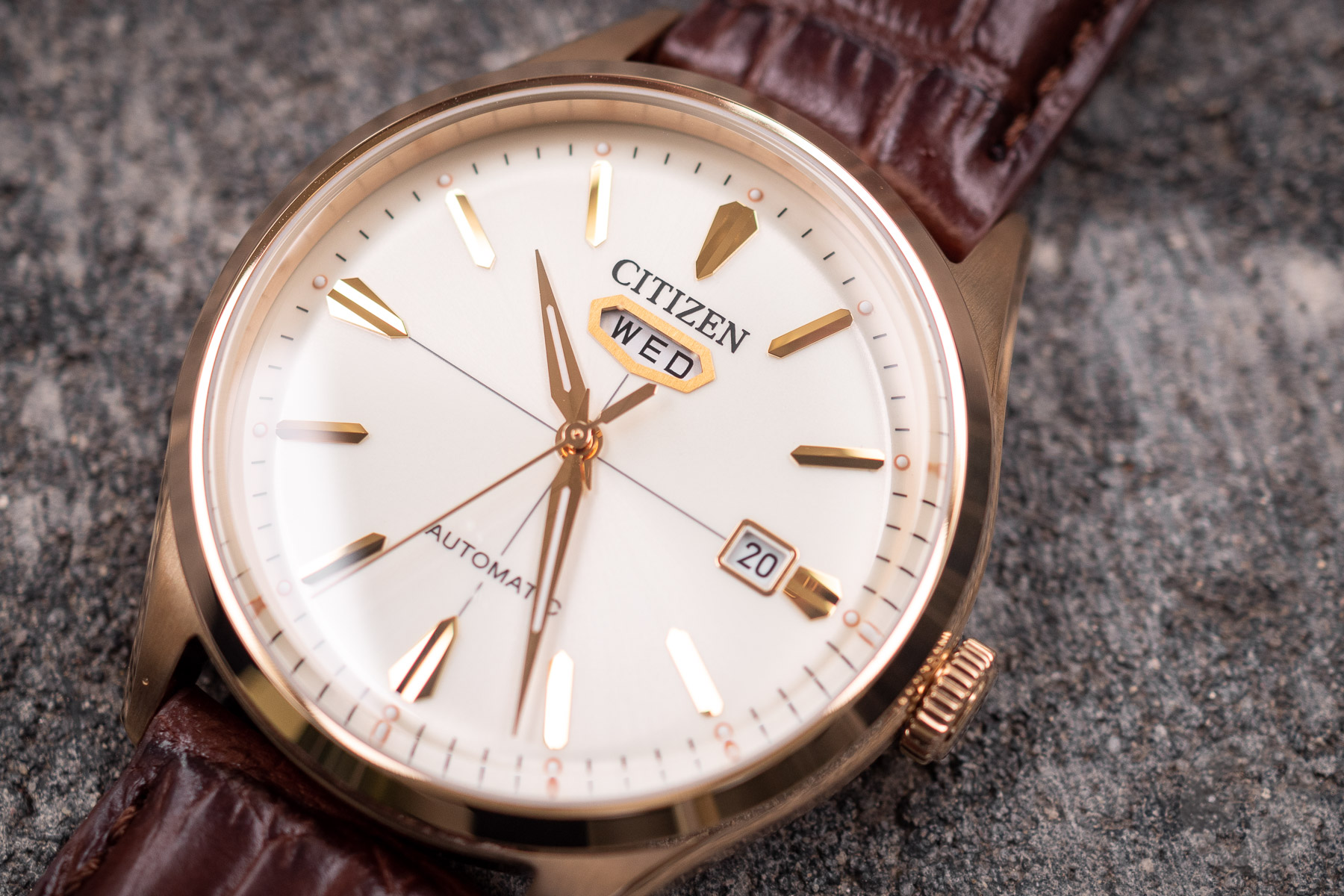 When it comes to the day display, the aperture is located under 12 o’clock. This position was considered unique back then because the standard practice was to put the day next to the date at 3 o’clock. Here, the day window sits below Citizen’s logo with a heptagonal frame to echo the seven weekdays. Interestingly, the applied indexes also take on a heptagonal shape. Like the Crystal Seven watches of the past, the day display of the C7 shows Sunday in red. All other days of the week are printed in black.

The rest of the dial is super clean that it exudes old-school elegance. The two variations we have here set themselves apart by the colors of their metal dials, one in sunburst dark green and another in ivory. While the former is housed in a stainless steel case, the latter is in a pink-gold-toned steel case. Both 40mm cases measure 13.1mm in height, feature alternating satin and polished finishes, and provide water resistance of up to 50 meters. 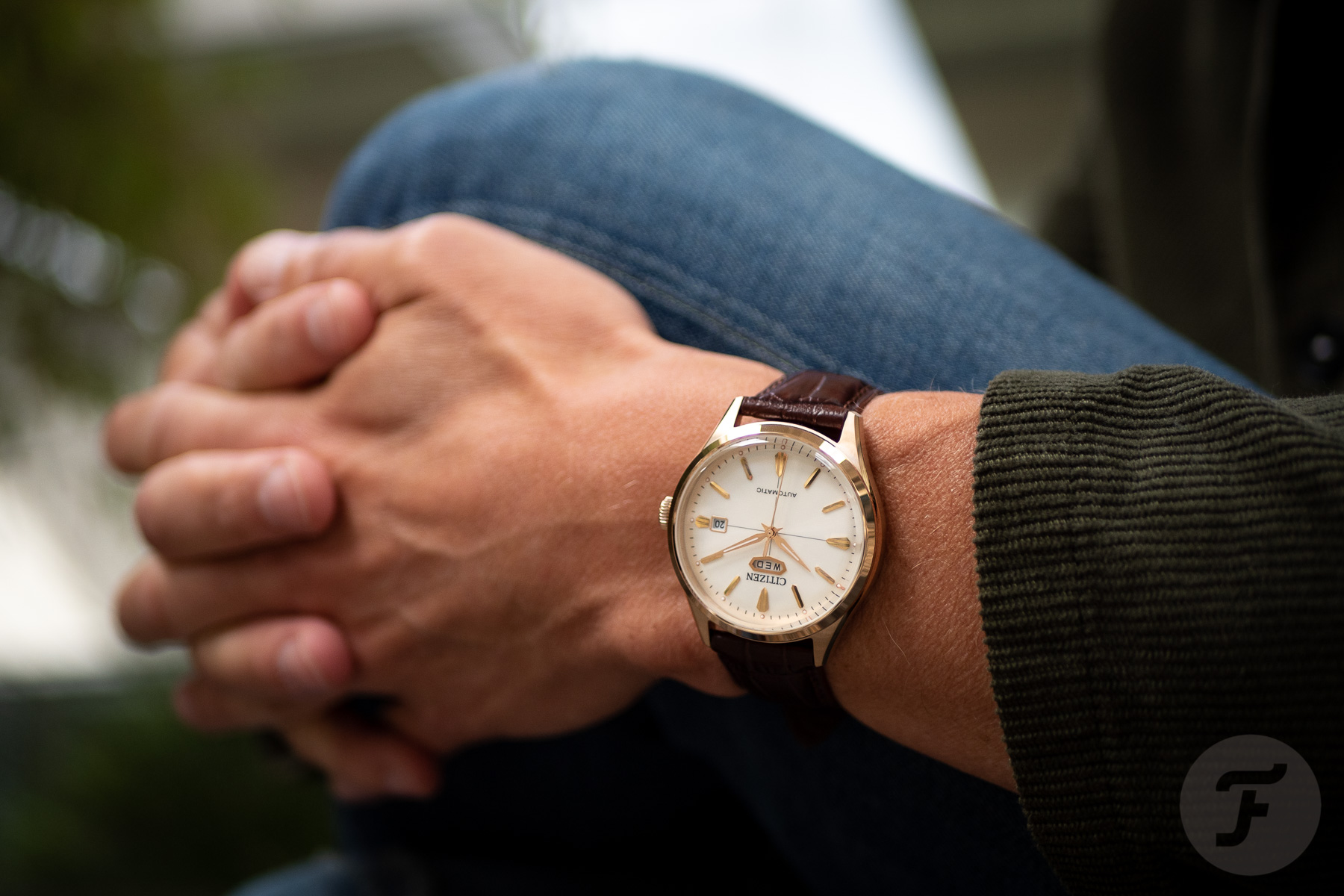 To finish off the classy looks, the green version is matched with a dark brown vintage-style calf strap, while the ivory one is paired with a croc-embossed calf strap. And the best part of all? The green version (NH8390-03X) is priced at €199 while the ivory version (NH8393-05A) retails for €219. With this value proposition, could the modern C7 lure the vintage Crystal Seven hunters?