Slated for launch in the autumn of this year, CITIZEN unveils three new “Caliber 0100” watches, named after the Eco-Drive movement, that delivers the world’s most precise time-keeping accuracy of within ±1 second per year.

Eco-Drive – The passion for precision and ecology

For over 40 years, CITIZEN has pursued higher precision always with Eco-Drive. Since the advent of quartz watch technology in the 1970s, CITIZEN was quick to understand the shortfalls of quartz watches, namely the relatively short battery life, the inconvenient process of replacing batteries, and most importantly the environmental issues of battery disposal. 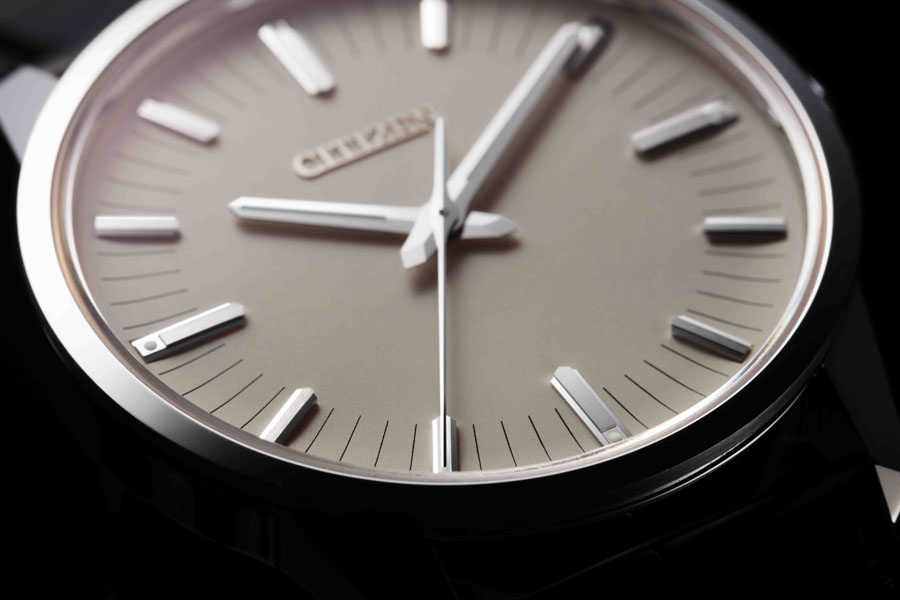 In the search for a better way to power watches, CITIZEN began developing a new method using the limitless energy of light. Eco-Drive light-powered technology became the premier heart of the brand and light has remained its core inspiration for more than four decades of constant improvement. Light is available anywhere in the world, and exemplifies CITIZEN’s philosophy of contributing to society and using its manufacturing prowess to enlighten citizens of the world.

This year marks its new century, with CITIZEN pushing technologies to extreme limits of precision time-keeping to a world’s first accuracy of ±1 second per year. “Caliber 0100” represents its most innovative drive movement and the brand’s drive to evolve watch manufacturing to a new world-leading level. 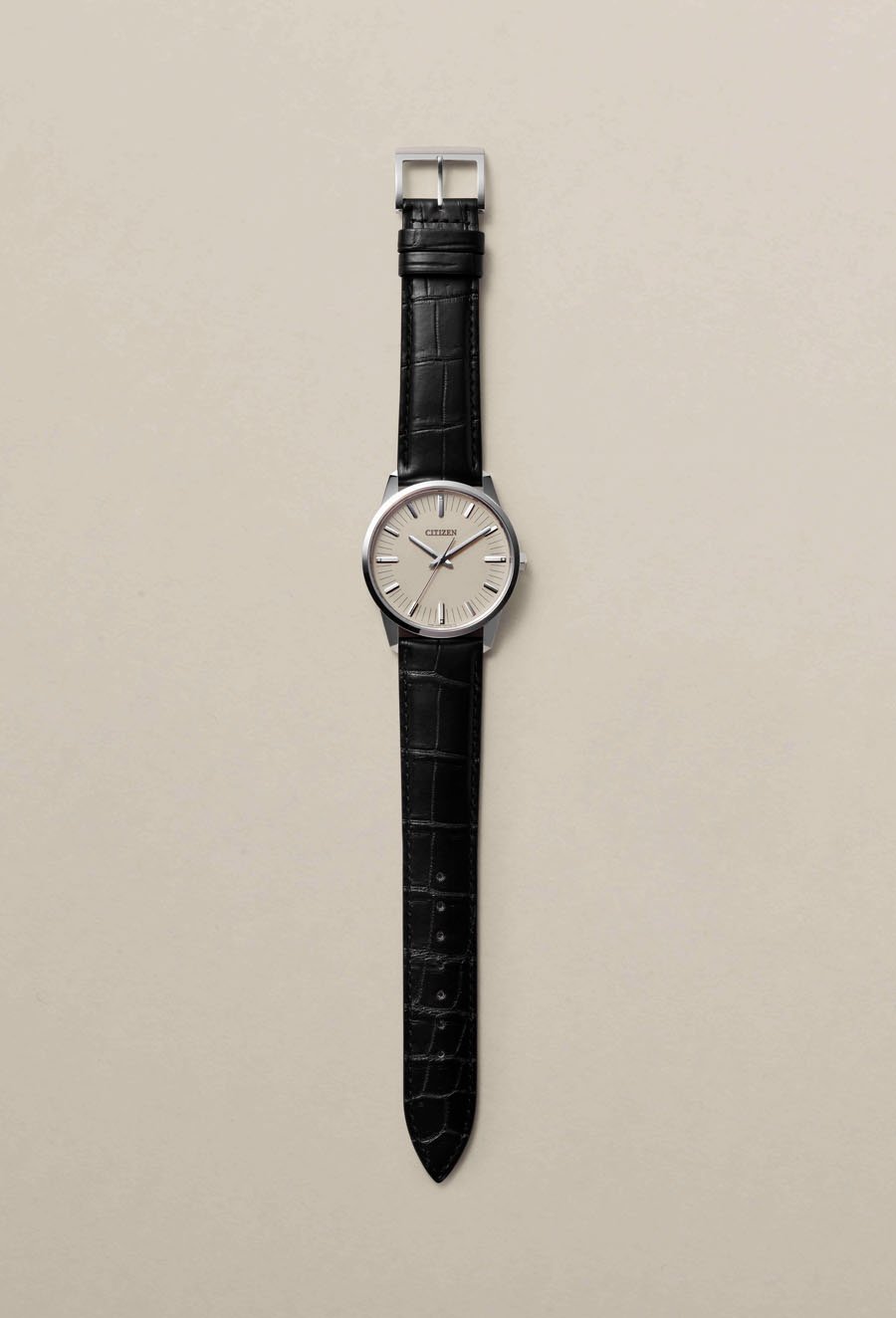 Quest for the perfectly pure second

“Caliber 0100” autonomously calibrates time at an ultra-high accuracy of ±1 second per year internally without relying on data from radio towers or satellites. A single second measurement from this movement is exponentially more accurate than other watches, measuring each second at its most precise and authentic reading.

AT cut type crystal oscillators, however, require greater amounts of energy to operate. CITIZEN was able to compensate for this by thoroughly vetting materials used, intelligent designs, and refined control over its powersaving strategies. “Caliber 0100” technology allows Eco-Drive to run continuously and is significantly more stable for up to six months on a single full charge (8 months on power save mode), even without the presence of a light source. 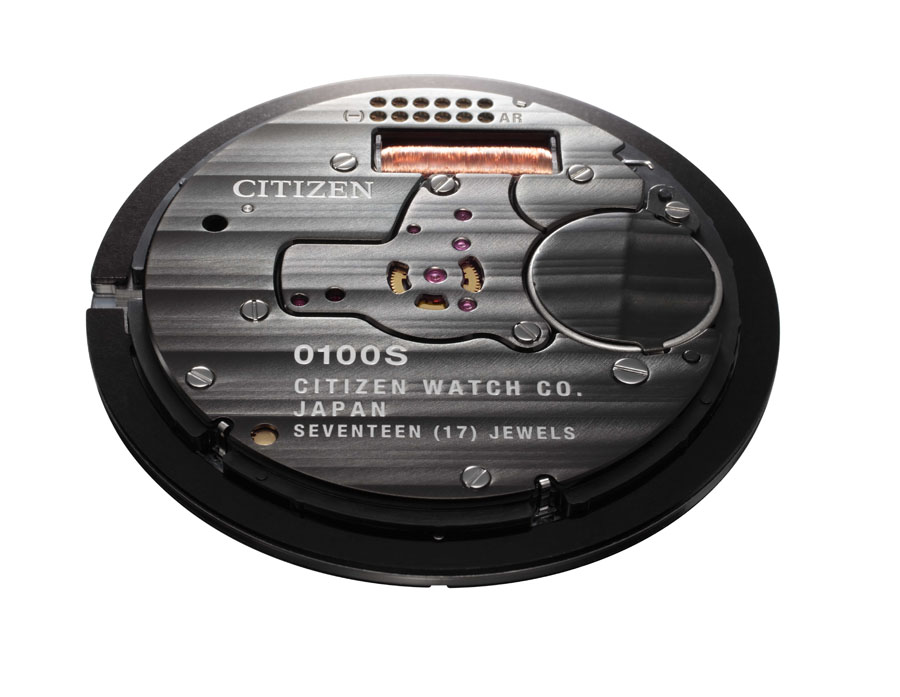 What’s more, “Caliber 0100” maintains its greater accuracy by continuously monitoring and adjusting for frequency and temperature shifts once every minute. The optimal running temperature is between 5°C to 40°C, which is considered the most practical watch temperature environment for most regions of the world.

A new circuit design also includes higher shock resistance, which automatically corrects positions of the watch hands, and an antimagnetic feature protecting the movement from effects of magnetic force. All these innovations combine to deliver an unprecedented ±1 second per year precision accuracy.

Beauty measured with each passing second

The “Caliber 0100” expresses the beauty of individual seconds in its purest form as well as represents CITIZEN’s bold direction to “pursue the true essence of a watch.” Superfluous adornments have been minimised to produce the ultimate simplicity.

Among the most impressive characteristics is the perfect alignment of the second hand and indices when viewed from the front. Individual hand movements are the physical expression of a “second in its purest form,” achieved by adopting the LIGA fabrication process*4 (a fabrication technology for making high-aspectratio microstructures) for individual components. Ordinarily, gears and springs are machine cut and pressed. With LIGA fabrication, more intricate components can be manufactured. Special components made by combining customized springs and gears processed by LIGA fabrication prevent even the smallest inconsistencies of gears to control hand movements, and enables hands to align perfectly with the indices. 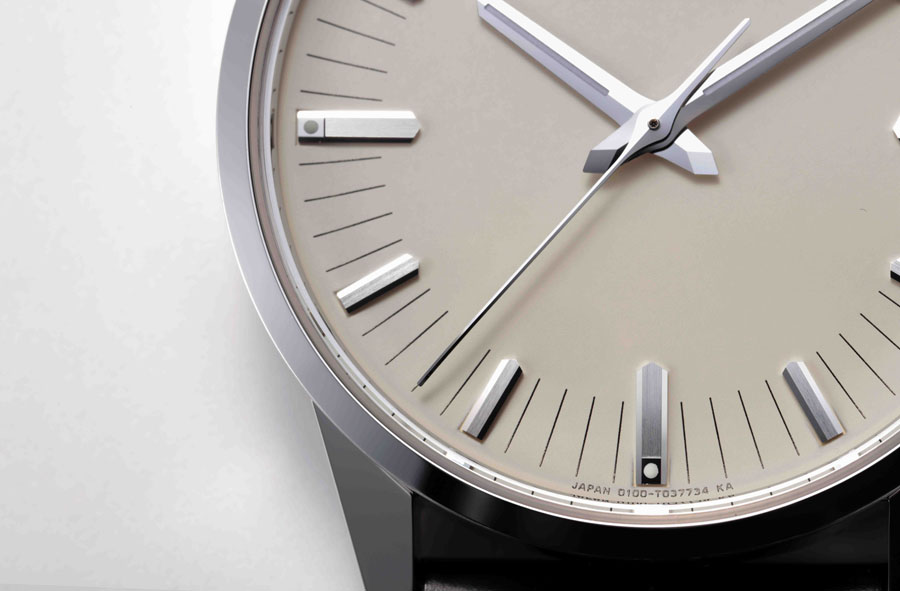 For the watch hands, heavy and long brass elements are utilised, which ordinarily cannot be propelled with traditional torque motors of quartz movements. The simple aesthetics of the exquisite brass hands featured in these new models reflect the design concept of “conveying the purity of every second with superb accuracy.”

CITIZEN’s own skilled watch-making meisters are responsible for assembling “Caliber 0100.” These master crafts people oversee and ensure the highest quality and accuracy of the brand’s watches. They are also entrusted to ensure precision alignments of the second hand with each of the 60 indices once it is set in.