There is a reason true novelty is rare in watchmaking. Long-standing, prestigious watch houses oftentimes avoid it like the plague. They fear alienating a firmly established clientele and diluting the brand that pays their bills (and then some). Newer companies, those hoping to make waves in an entrenched industry with evermore trenchant ideas, frequently lack the budget to cause the kind of stir they believe their enthusiasm and vision deserve to sire. Thankfully, there is a middle way. Brands don’t look for it as often as you might think, but one brand that found it is making sure everybody knows about it. Known for its “total transparency,” CODE41 is continuing its march toward real change with more and more people hopping on board for the ride.

What do I mean by a “middle way”? I’m talking about CODE41‘s proprietary movement, of course! This rather eye-catching automatic, with its dial-side peripheral rotor (a serious anomaly in the watchmaking industry) looks like a total custom job. But such a caliber would, as CODE41’s thorough website details, take several years of development and around 3-5 million Euros in costs. It would result in a single unit price that would most likely come close to the total retail cost of the watch itself.

The long and winding road

How did the brand achieve such a thing, then? Well, the movement is actually based around the famous Valjoux 7750 architecture and manufactured by Concepto, with the aesthetics entirely altered thanks to cleverly redesigned bridges. Peripheral rotors are rare enough at any price point. Rotors visible on the dial side are even rarer. I’m personally a huge fan of the technology and wish it were used more often. I love the uninterrupted view of the movement a manually-wound watch affords its wearer. Micro-rotor movements are pleasing to the eye also, but there is something so robust and satisfying about an encircling peripheral weight that it can’t be beaten in my estimation. 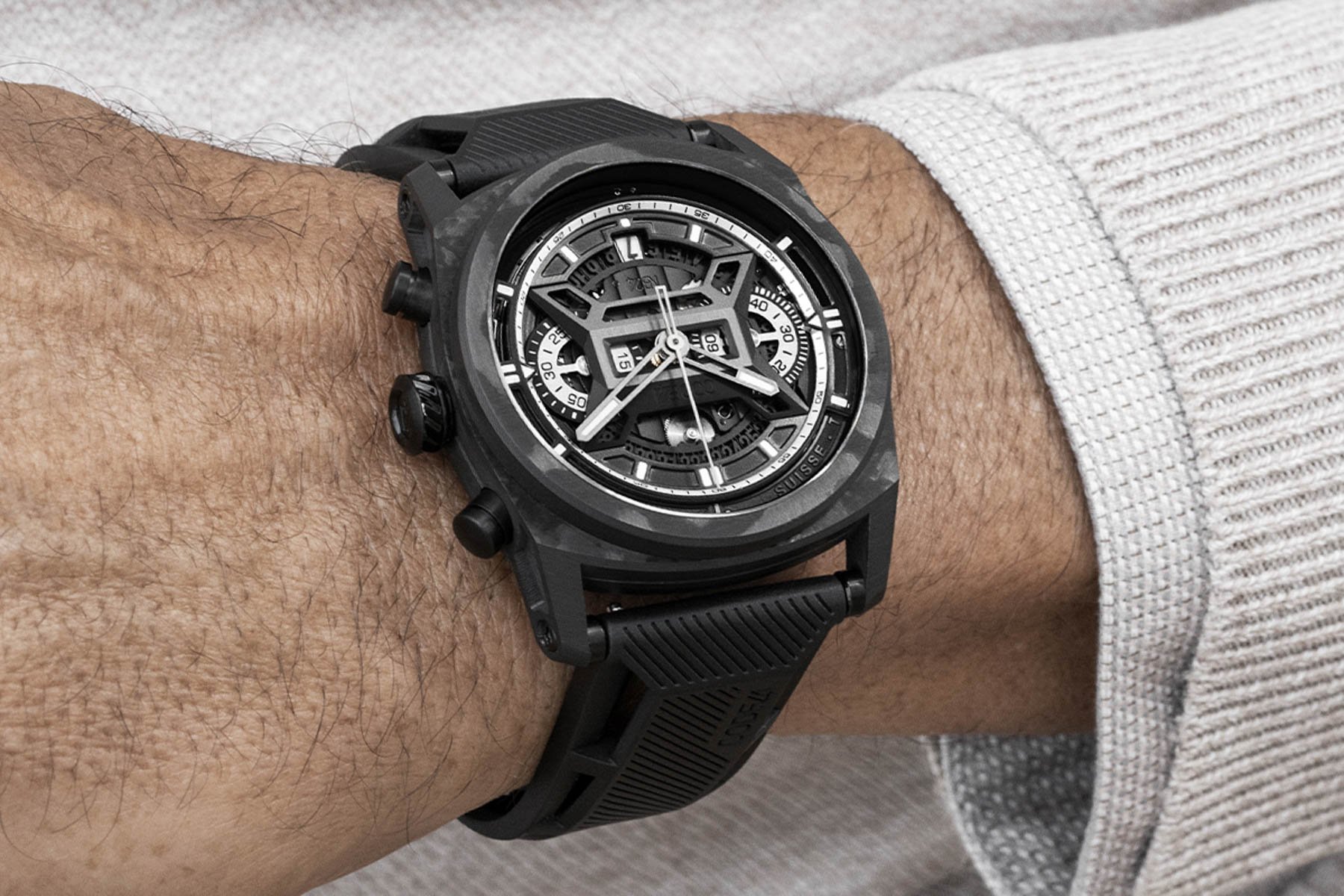 Distinguishing itself from the pack

CODE41 claims to produce the best value-for-money watch available. The brand’s insistence on listing the prices of its components alongside the retail price makes that pretty hard to dispute. With so little data of this nature available from price-point competitors, it seems likely to be either true or close-to-true. The only brands that really stand a chance of competing with CODE41 in terms of bang-for-buck must realistically be group brands that are able to benefit from the economy of scale and inter-brand sharing of ideas. 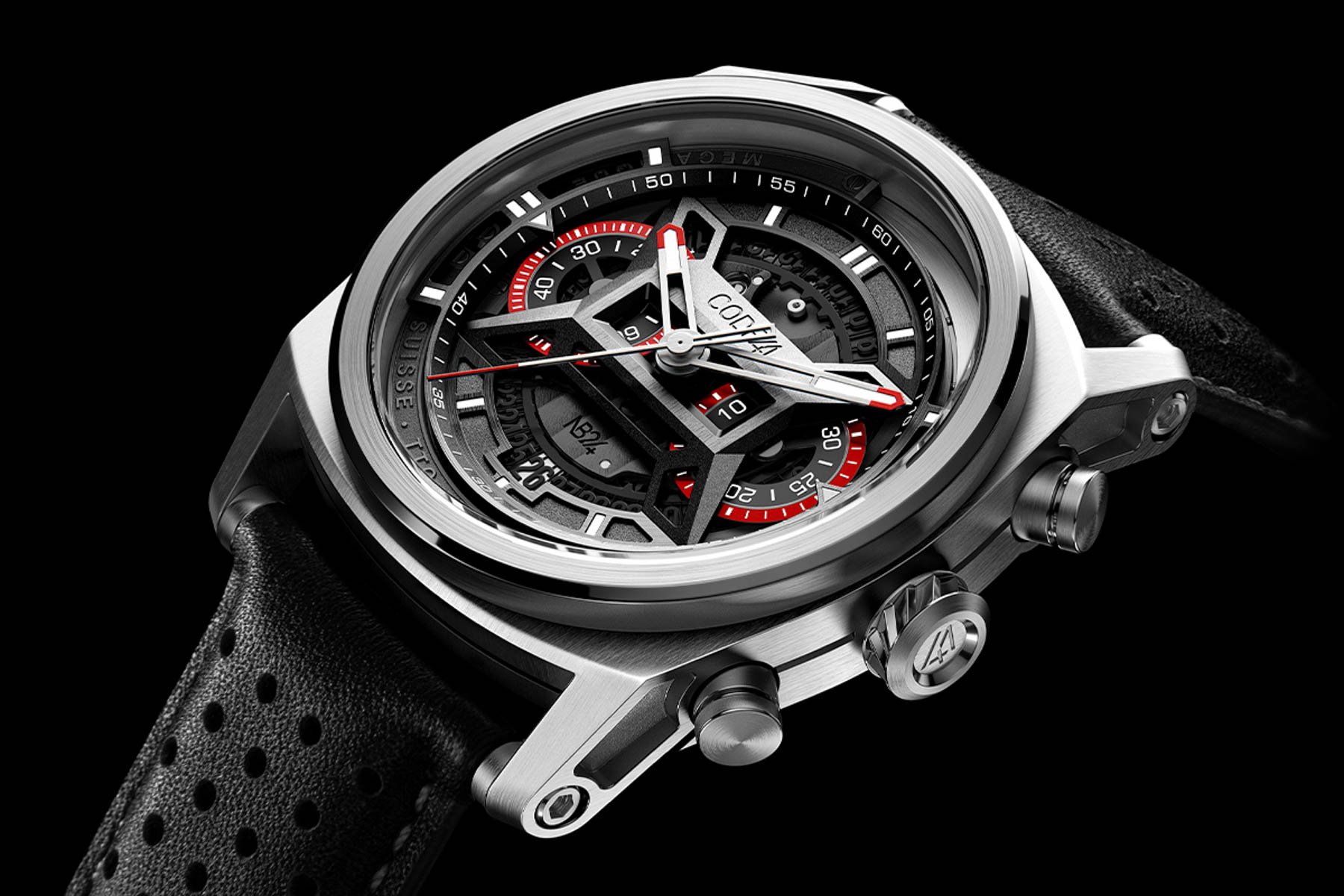 Regardless, the soaring sales numbers of CODE41 make for some impressive reading. The recent “Creator Edition” of this NB24 chronograph was launched in January 2021, attracting 1,380 sales. That amounted to a buyer investment of more than CHF 5,000,000. Given that CODE41 offered that pre-order version from CHF 3,400 in a titanium case, it is perhaps unsurprising. 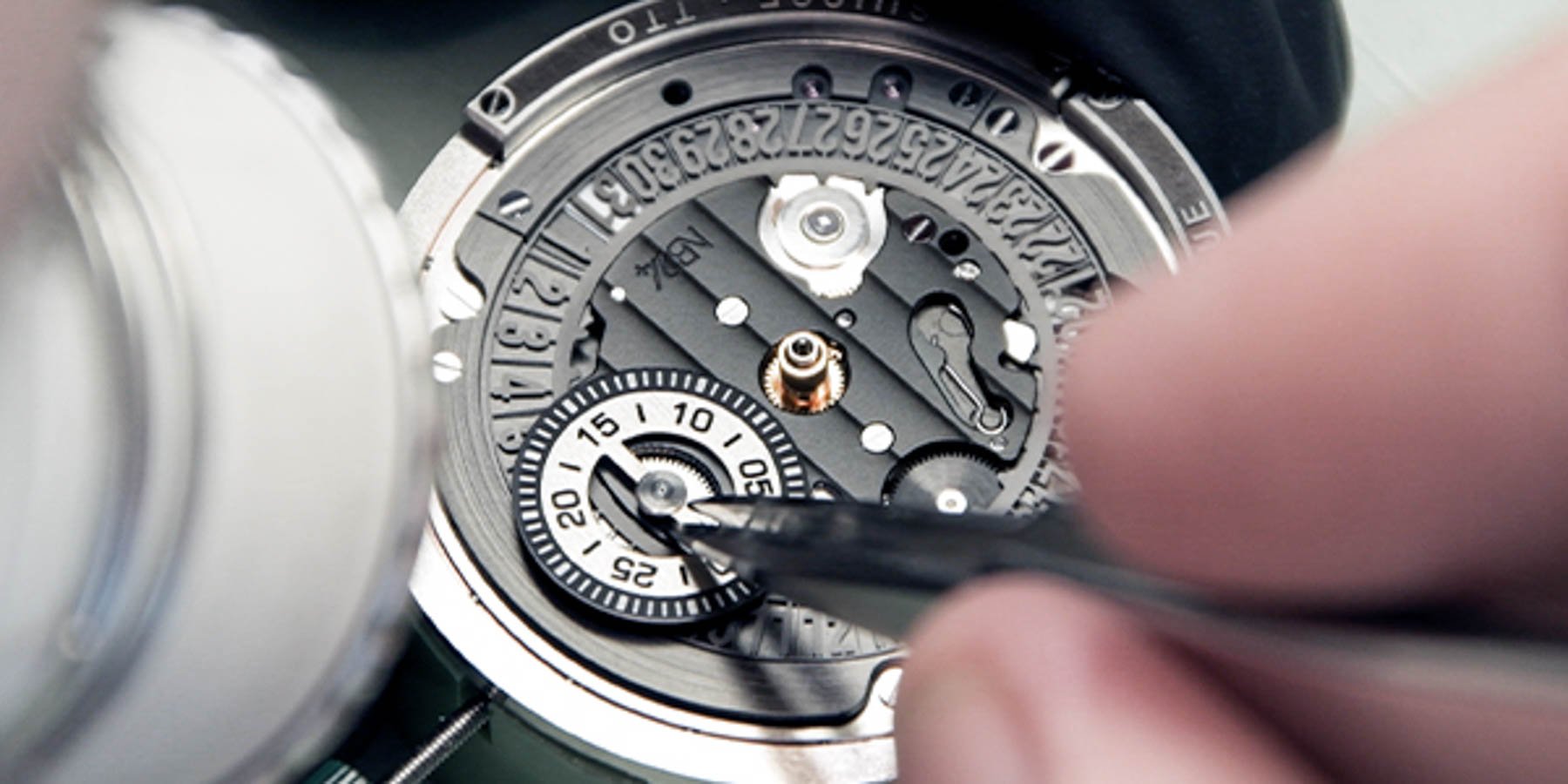 A second edition and a second chance

Now those of you who missed out last time around have another bite at the cherry. In response to consumer demand, CODE41 is producing a second edition of the NB24 chronograph, which is currently available for one more week (the pre-sale went live on November 24th and is slated to run for three weeks from that date). The price for this model starts at CHF 4,593. Considering this is a sub-5K watch, the technology within it is rather impressive. 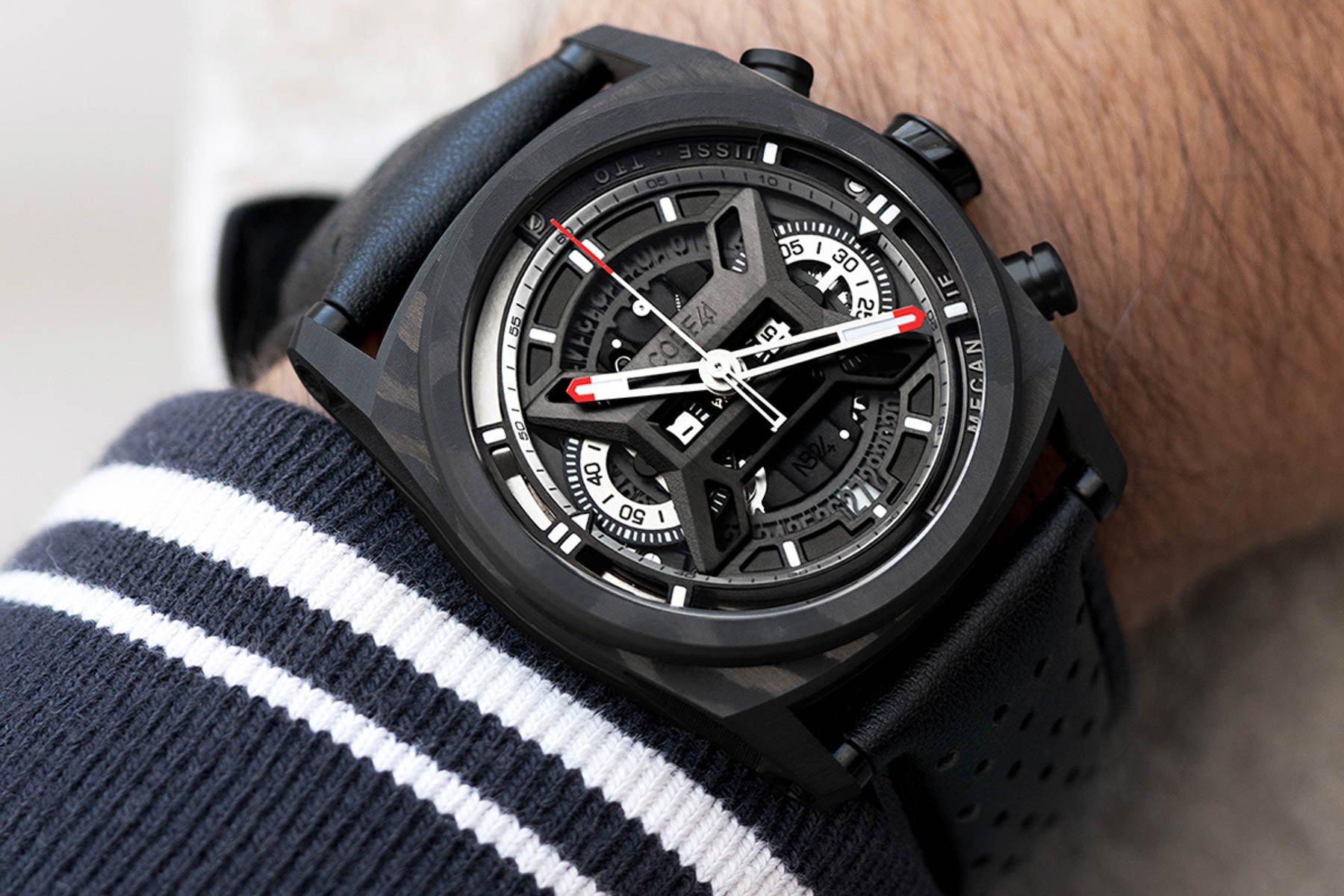 The movement moves on

While I’ve made a lot about the movement inside of this model, the movement of CODE41 as a brand is just as significant a thing to buy into from a consumer perspective. In my mind, the CODE41 brand is as much a social experiment and a market litmus test as it is a commercial product driver. Is this what people want from their luxury watchmakers? Is transparency important? Will being upfront about costs and profits become essential for future generations? Is it attractive to this generation? These are questions we could never have answered beyond speculation without the endeavor of certain brands hell-bent on changing the way we do business in this industry and what is expected of a brand. 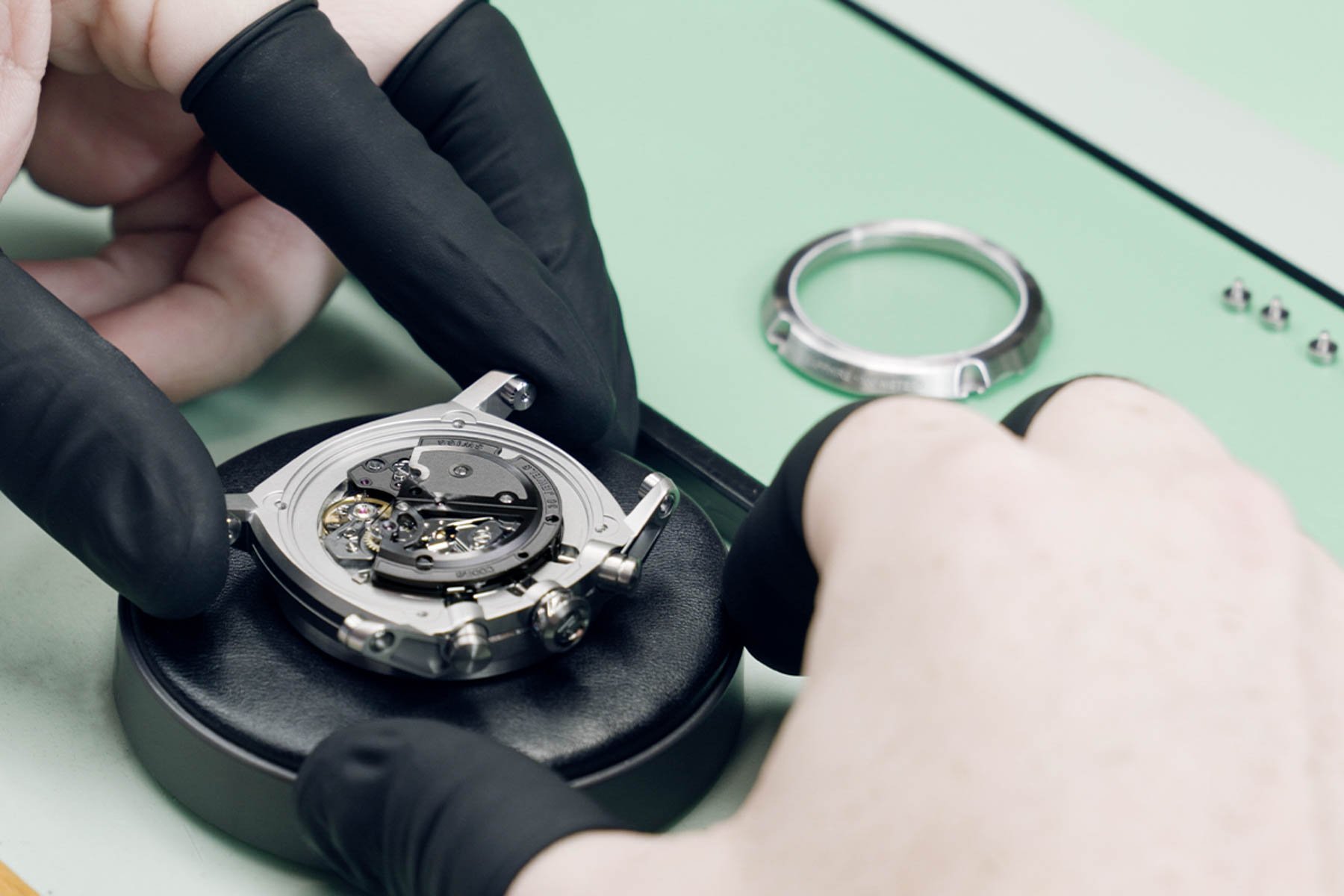 More than Swiss Made

CODE41 is keen to stress that the NB24 chronograph is more than Swiss-made, with 85% of the watch’s value added in Switzerland. That’s way beyond the minimum threshold of 60% to claim the title “Swiss Made”. Despite this, CODE41 chooses not to plaster “Swiss Made” all over the watch due to the increasingly negative connotations associated with a term that is frequently misused and abused. 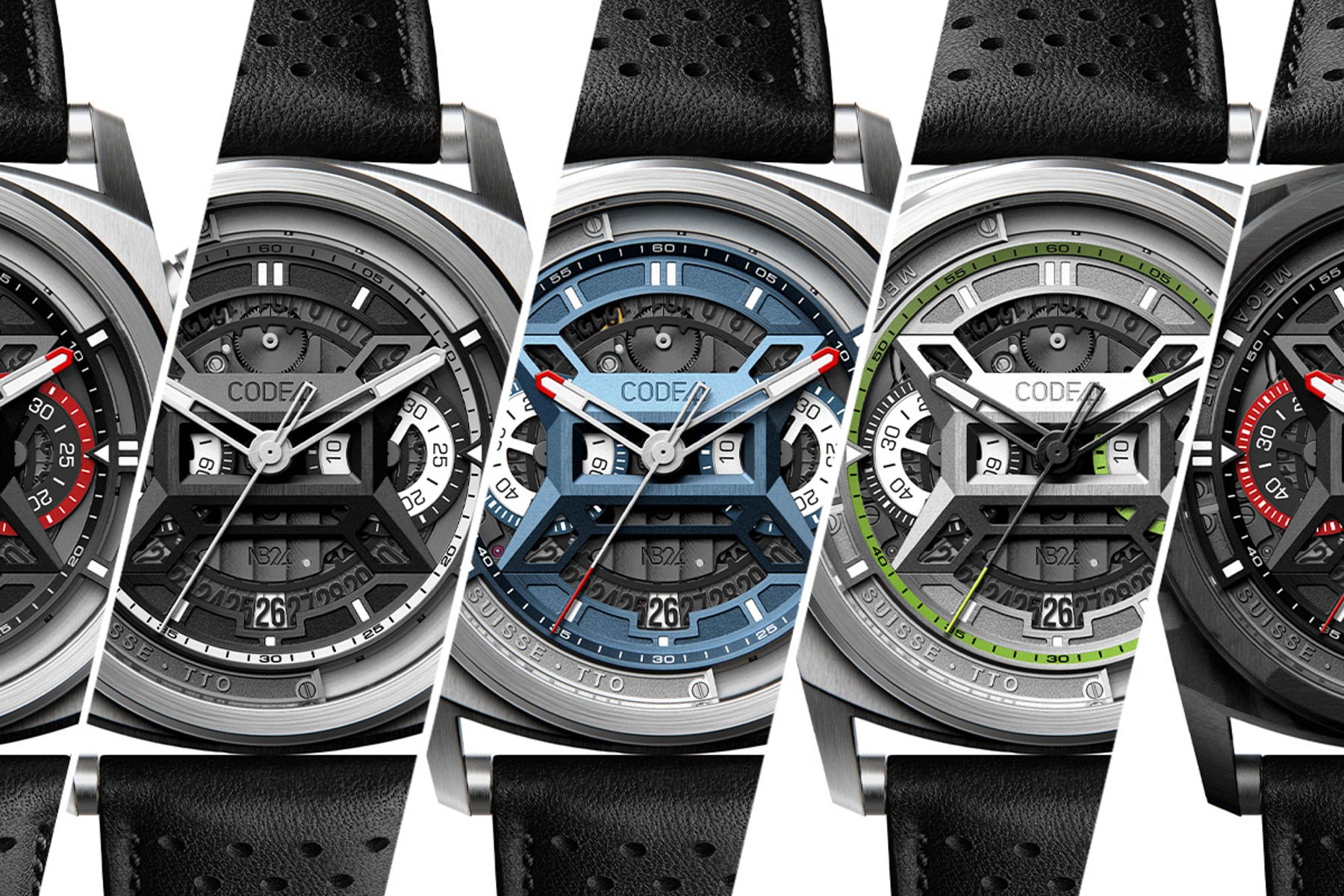 And besides, the origins of the watch are one of the least interesting things about it. In addition to the movement, the case materials are also worth talking about. The grade 5 titanium option is, of course, not unusual for watchmaking, but it is a welcome option nonetheless. The AeroCarbon, however, is not your common or garden fare. This case is made from a high-density carbon fiber used in the aerospace industry. It begins life as a block comprising over 300 layers, each placed at 90 degrees to the previous and compacted under 10 bars of pressure in an autoclave oven. The end product is incredibly durable and lighter (twice as light as titanium, in fact). For me, if you’re going to go for a CODE41 NB24 chronograph, the AeroCarbon case is a no-brainer. 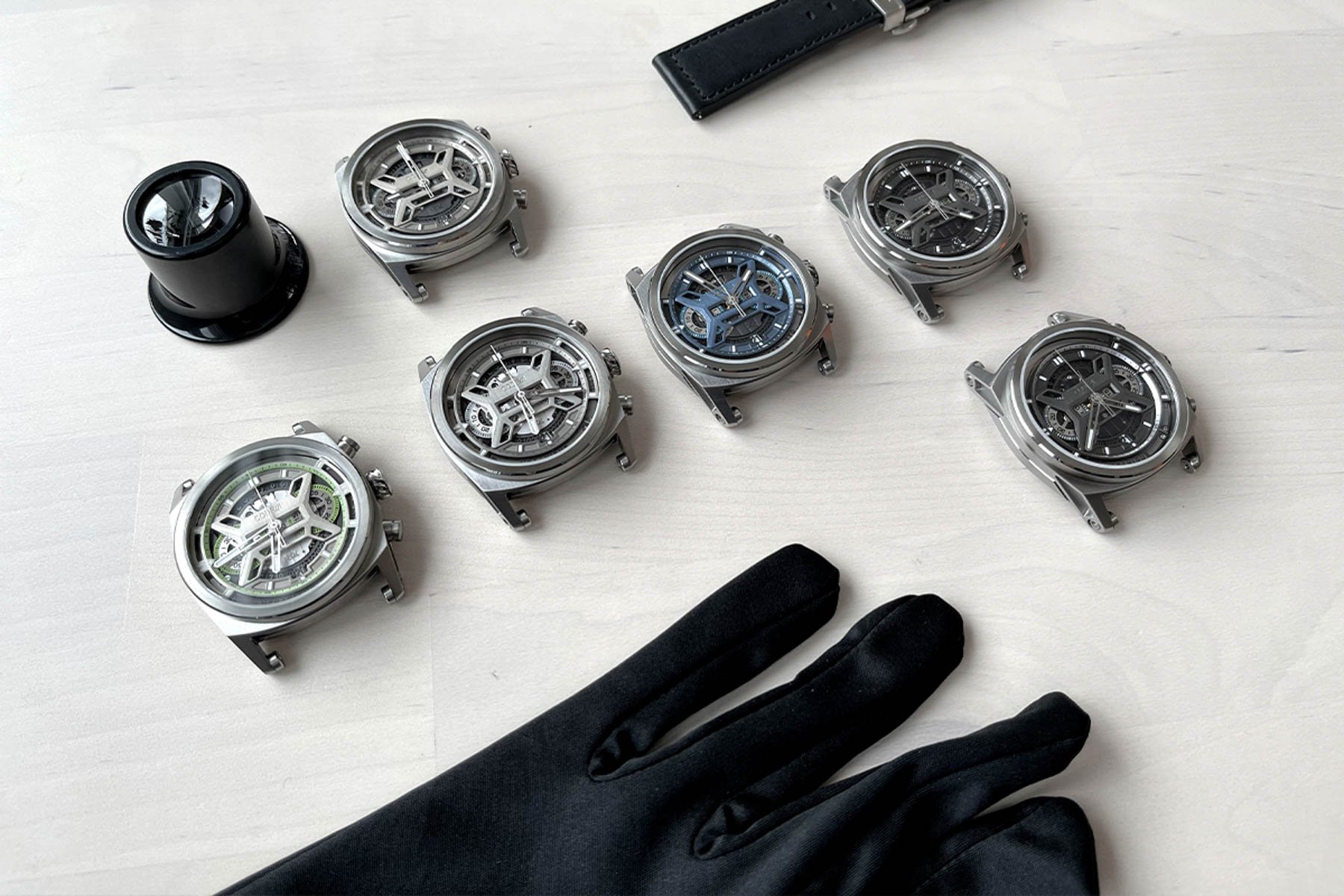 If you want to back this next phase of the CODE41 journey, you have another week before the pre-sale closes. The orders placed in this window are expected to be fulfilled in October 2022. That means you have a significant wait ahead of you. However, from the sounds of things, previous buyers seem more than happy with what they got in the mail regardless. But don’t worry! If you find yourself getting cold feet, there is a simple solution. CODE41 offers a completely free cancelation option providing your order has not yet been dispatched. 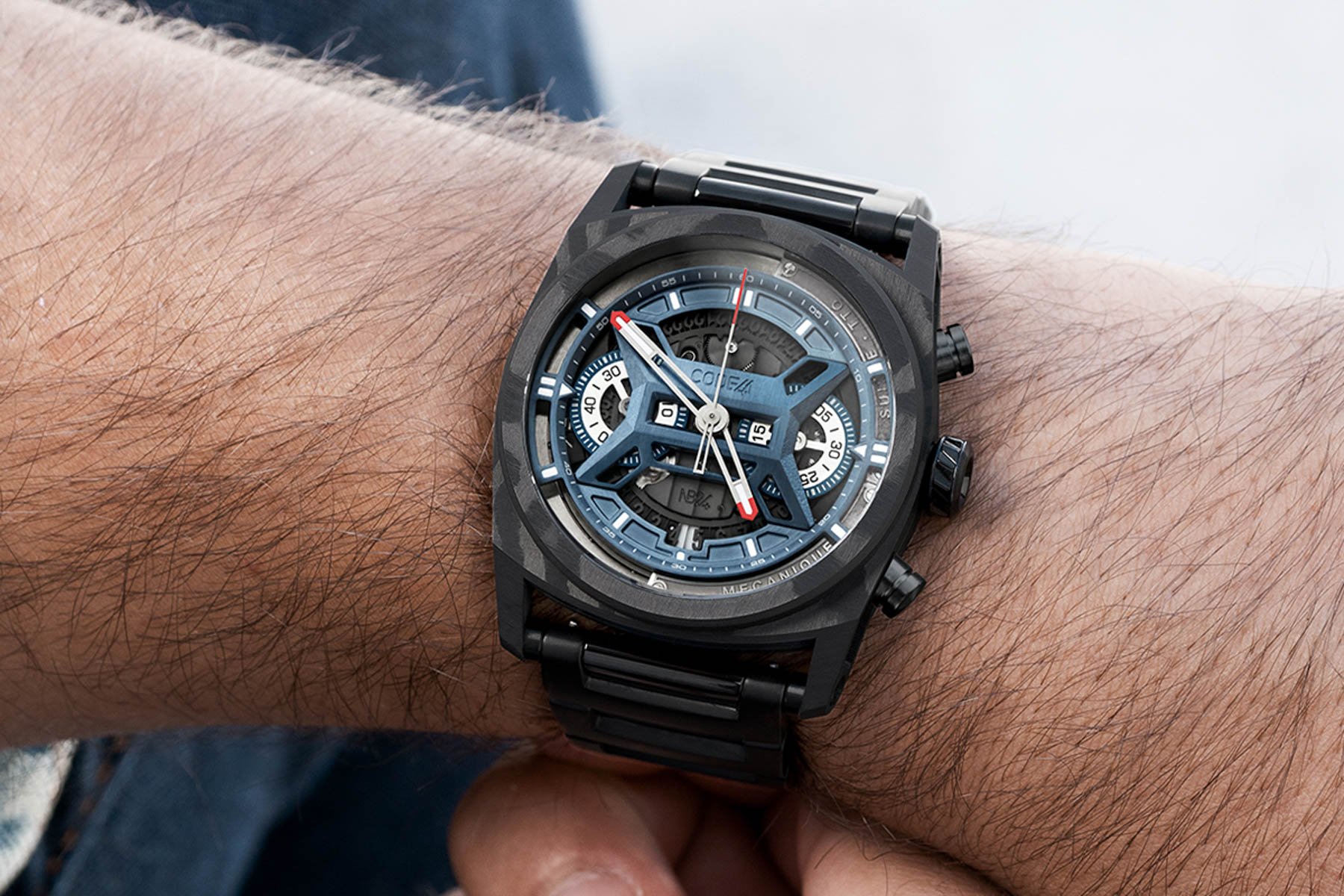 Also, if you don’t like the watch when it arrives, you have 30 days within which to return it. Additionally, each watch has a two-year guarantee should you decide to keep and wear this interesting piece of horological history. Let us know in the comments if any of you have bought a watch from CODE41. If so, what have your experiences of the product and the brand been like? Learn more about CODE41’s mission here.