CODE41 Unleashes The Chronograph With Its New NB24 Model

After CODE41 surprised us with watches like the X41, Anomaly, and Day41 editions, the brand is back with the NB24 chronograph. The NB24 refers to Nigel Bailly, who will take part in the 24 Hours of Le Mans in June 2021. And what better watch to support this endeavor, than a chronograph!

I never used to care for the 24 Hours of Le Mans. That all changed in 2013. Soon after my daughter was born and I had a lot of hours to kill at night. With my restless daughter in my arms, I found myself watching large parts of the 24 Hours that year. It really is a mind-blowing achievement to be able to drive these cars at top speed for 24 hours long. The level of concentration necessary seems inhuman. Conversely, watching such a sport is soothingly hypnotic, so it made for a perfect distraction for my daughter and me as we sat before the TV well into the wee hours of the morning. 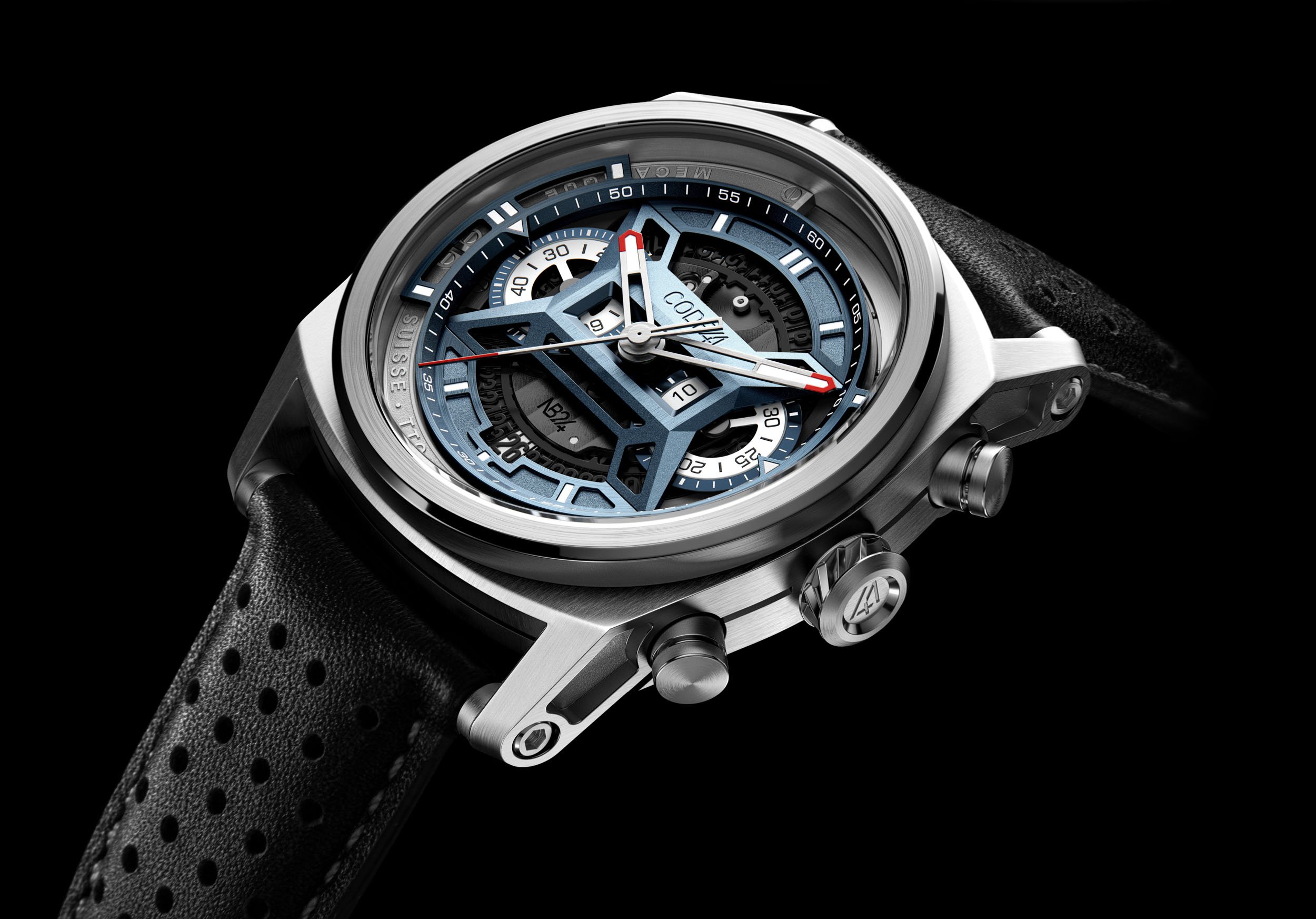 Now, Nigel Bailly is a young paraplegic driver that has a passion for the 24 Hours of Le Mans. He shared this passion and determination with CODE41 back in 2017, and they decided to give him support. Now, more than 3 years later, it is almost time… Nigel Bailly will take part in the 24 Hours of Le Mans 2021, driving as an ambassador for CODE41. Deserving his own watch, the CODE41 NB24 Chronograph was conceived. 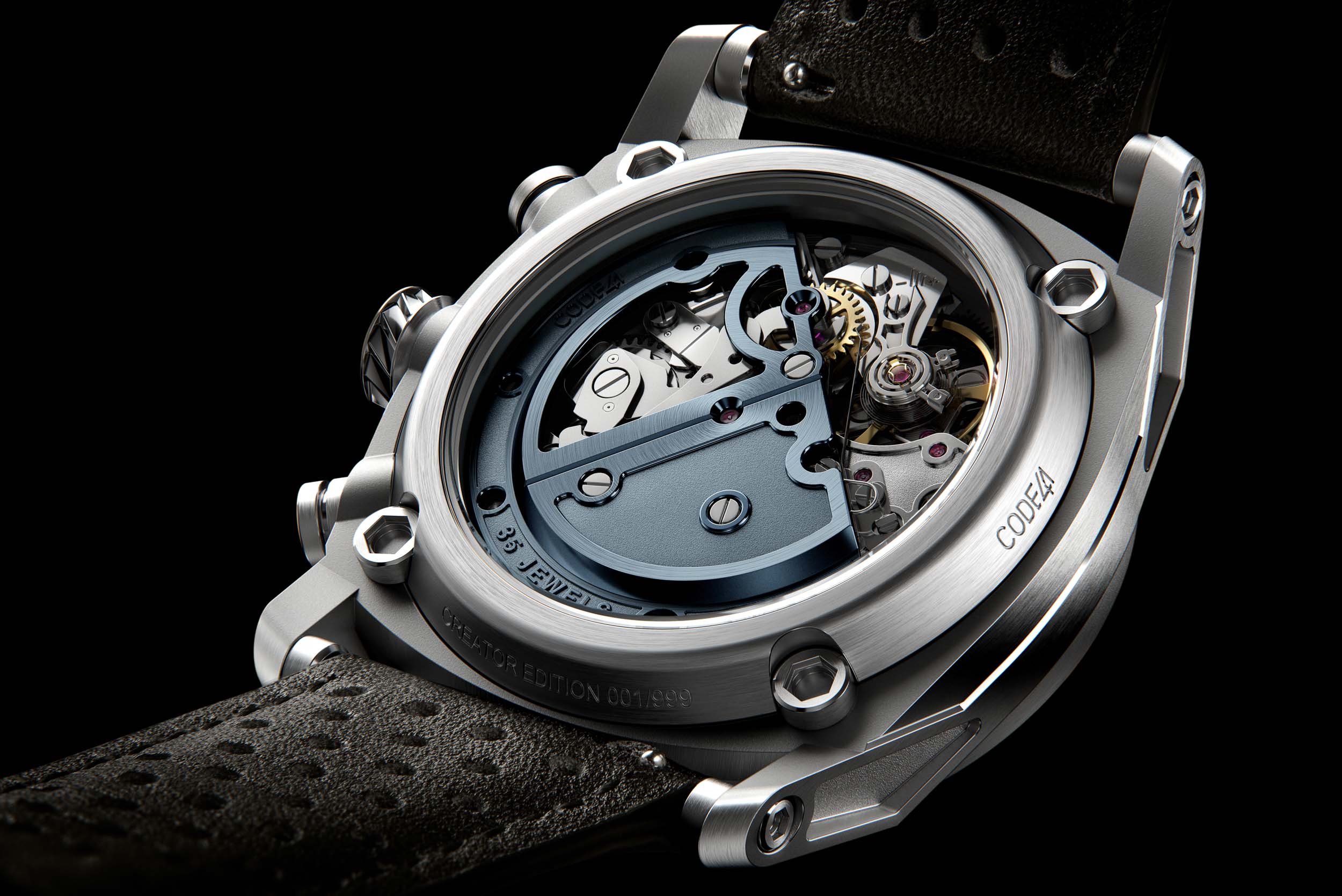 This new CODE41 NB24 Chronograph seems to be based on the successful X41 model. They share a number of similarities, but the NB24 is, of course, a chronograph watch. CODE41 lets its community vote on what they want to see, and they voted for a personalized chronograph movement. 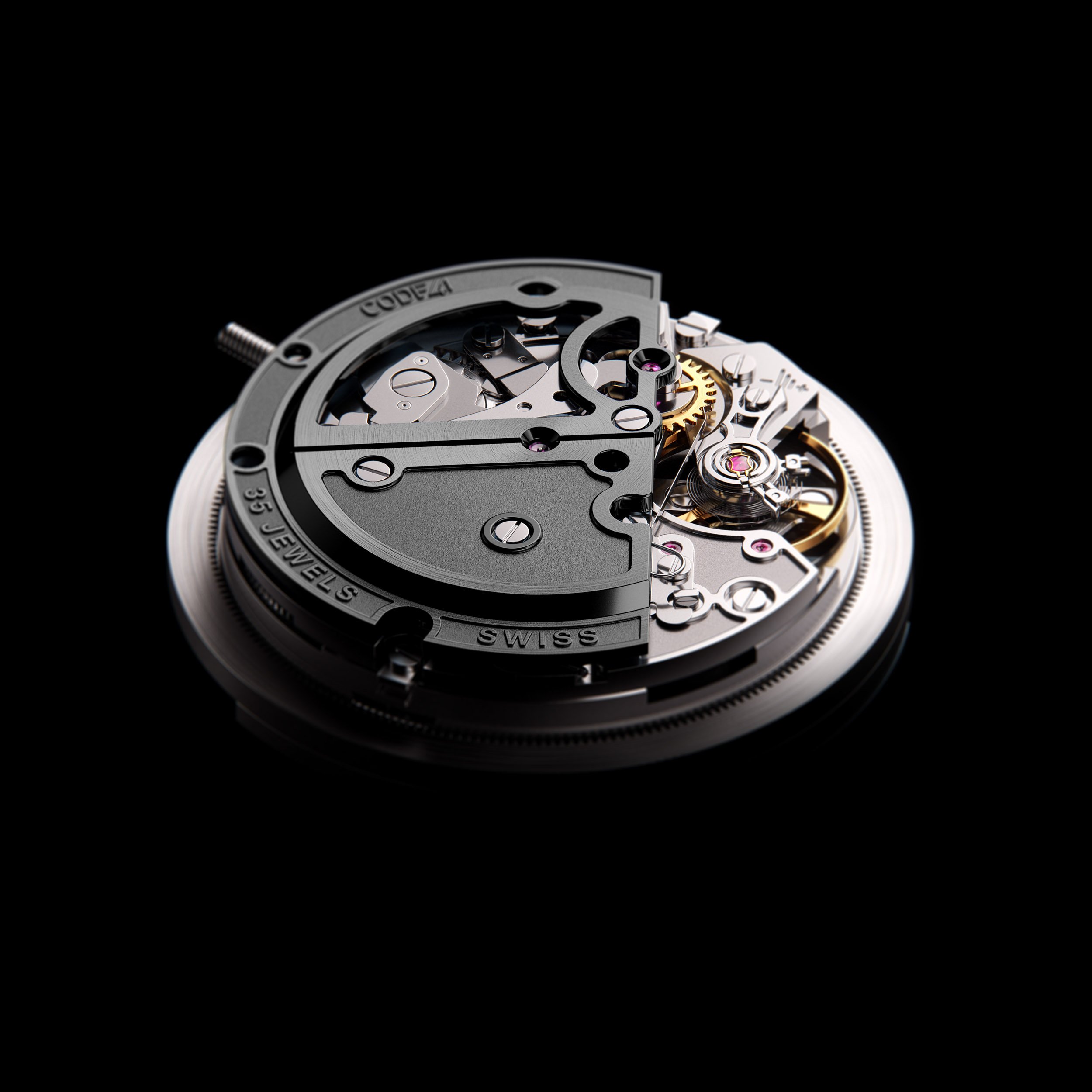 What that means is that this movement won’t be found in a plethora of other watches (by other brands). It is a proprietary calendar produced solely for CODE41. The voting results are interesting. 4,324 were cast in favor of a personalized chronograph movement versus just 1,216 for the standard chronograph movement. 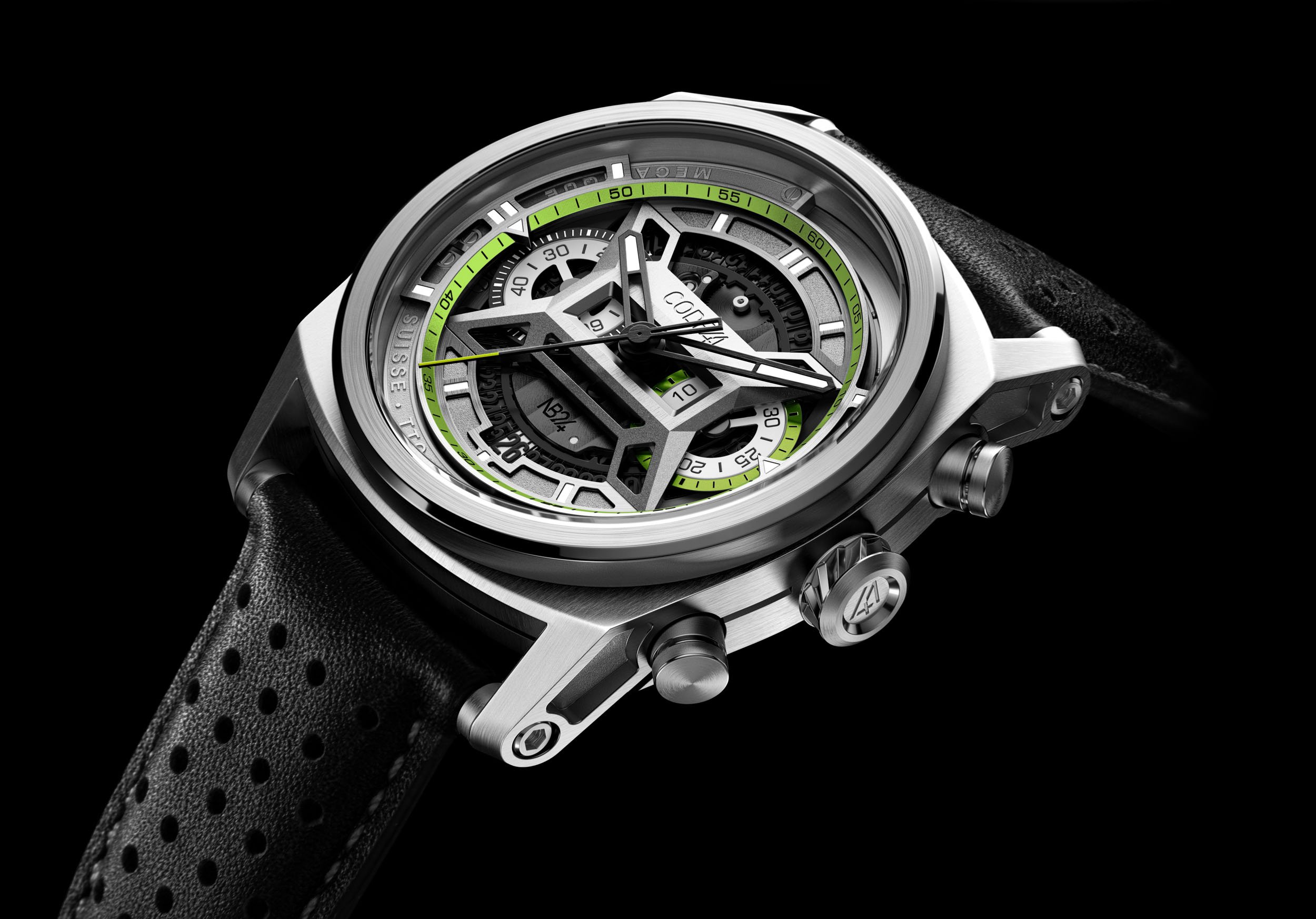 One of those personalized parts is a dial side peripheral weight, instead of a standard rotor. A peripheral weight was already used for the CODE41 X41, but now the NB24 will have one as well, on the dial side. The movement is developed by Concepto, especially for CODE41. Concepto might sound familiar, as it is one of the Swiss players in the movement manufacturing landscape. The CODE41 NB24 chronograph movement has been regulated to perform between +5/-5 seconds per day on average. It has been tested in five different positions. It has a 48-hour power reserve, hacking feature, and has an operating frequency of 28,800 vibrations per hour. In total, the movement consists of 326 parts, of which 35 are jewels. 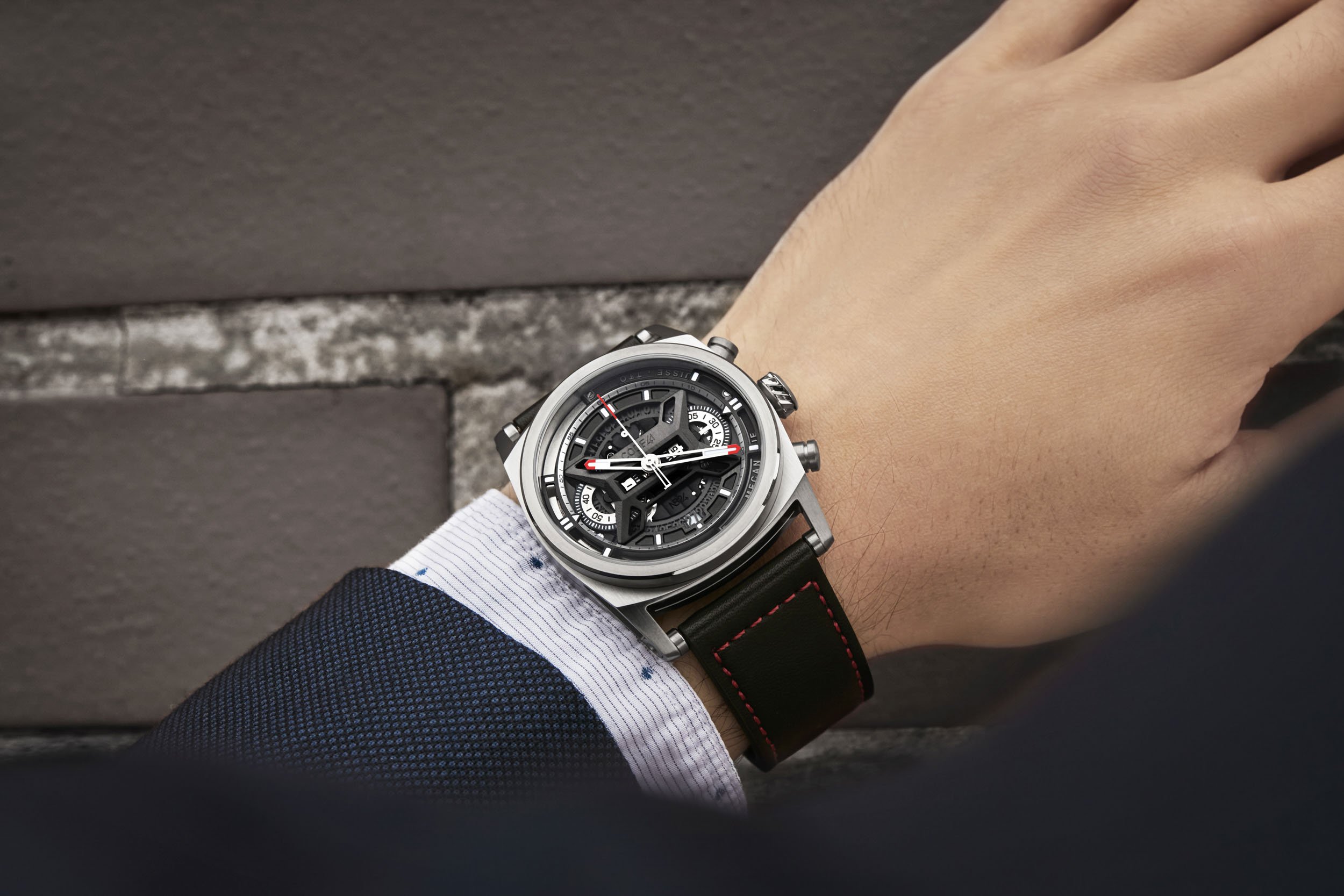 My colleague Rob, who wrote about the CODE41 DAY41 Edition 2 in a previous publication on Fratello, explained the total transparency concept (you can read it here). Although in my personal opinion, it should not always be about price, CODE41 likes to be fully upfront about production costs and origin of parts. The latter I perhaps find more interesting than the cost overview.

CODE41 shared its costs and origin overview for the NB24 in titanium in one of its own project publications, pictured above. As you probably expected, the movement takes up the biggest part when it comes to the production cost of a watch. You will also notice the column that indicates whether sourcing is done in Switzerland or elsewhere. To be considered “Swiss Made”, 60% of the value of a watch must be added in Switzerland. On top, the movement must be Swiss and it must be assembled in Switzerland. Now, this still leaves quite some room for interpretation, of course, but CODE41 is very transparent about the origin of its watches and proudly states that 85% of the value of a watch originates in Switzerland. 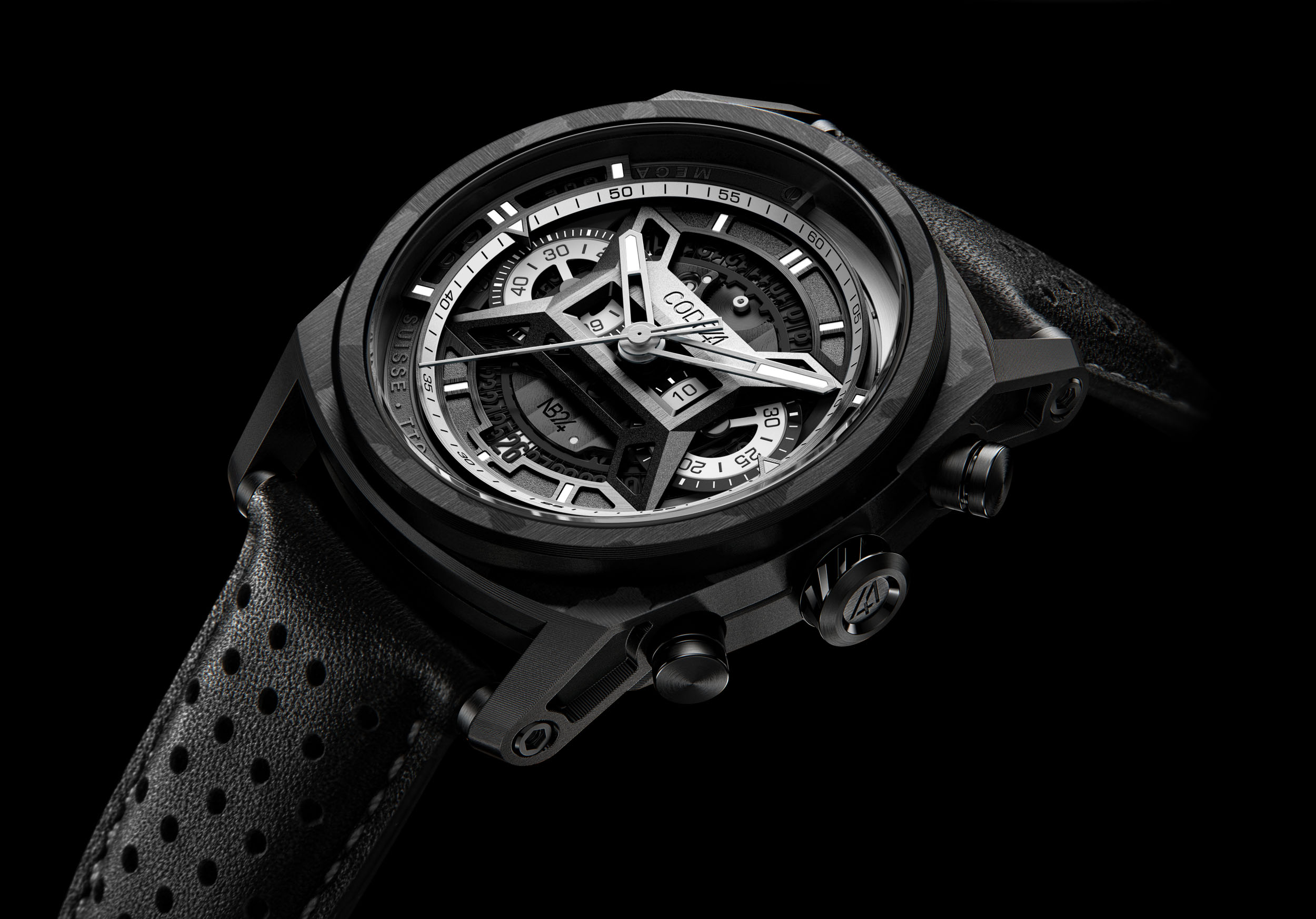 The watch will be available in grade 5 titanium and also in carbon. The advantage of titanium is that it is lighter than steel, (43% lighter, according to CODE41). However, the case of the NB24 chronograph is made of AeroCarbon, which is lighter still. We are talking 108 grams versus 98 grams in total, including the strap. The case of the CODE41 NB24 measures 42mm in diameter and 13.7mm in height. The lug-width is 24mm. 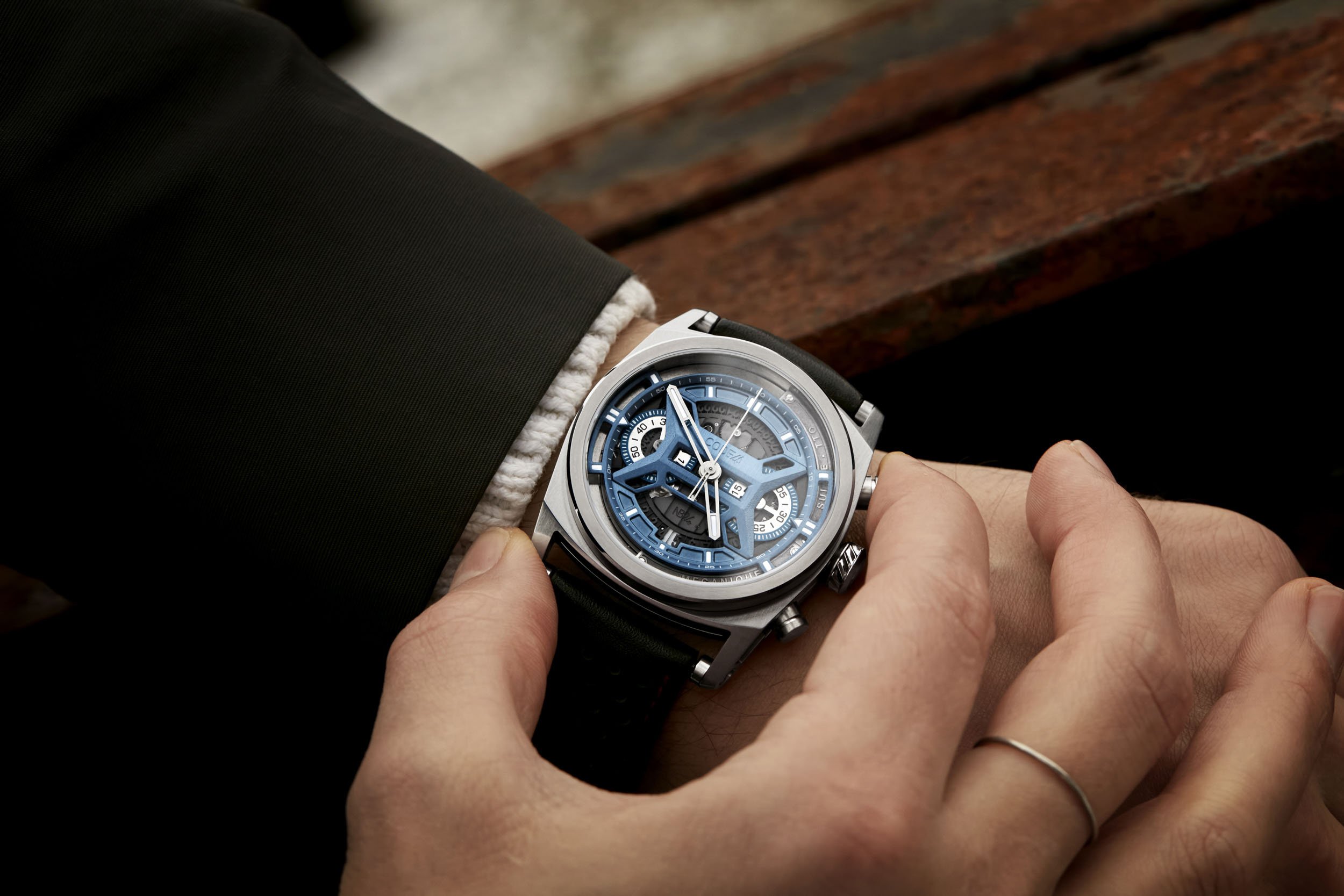 Availability and Price of the CODE41 NB24 Chronograph

Ordering information can be found here.