Cuba may be an unlikely place of origin for a luxury watch brand. One such name, however, indeed originated from the Caribbean island all the way back in 1882. For a long time, Cuervo y Sobrinos was one of the most prominent jewelers in Latin America. Located in the heart of Havana, the prestigious boutique would count distinguished figures as faithful patrons, including Winston Churchill, Albert Einstein, and Ernest Hemingway. In a twist of fate, the now Swiss-owned Cuervo y Sobrinos has engaged in a partnership with the family of the latter. The result is a new watch model named after the American literary icon, the Historiador Hemingway. 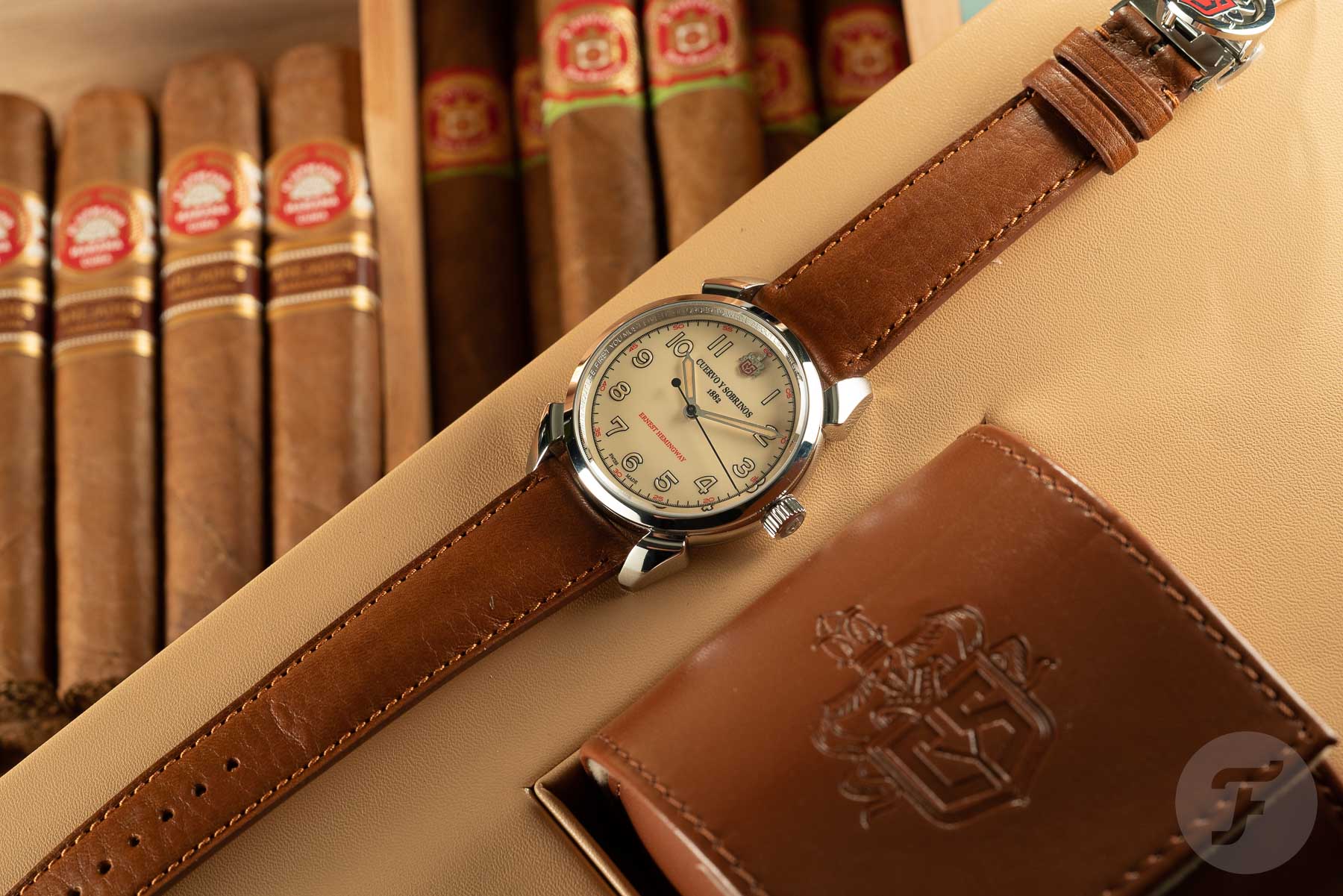 Cuervo y Sobrinos may be a new name to most of you. It certainly was for me when I discovered the brand and met the team five years ago. The independent brand, in fact, celebrates its 140th anniversary this year. In its heyday, the family-run jewelry store was not simply a destination for the rich and famous. Cuervo y Sobrinos (“Cuervo & Nephews”) also offered its own label of luxury watches manufactured in Switzerland. Unfortunately, it was not always sunshine and roses (or Cuban Mariposa lilies, for that matter). On the contrary, its illustrious history could have been buried after the company was seized by the Cuban government and the family fled the country. 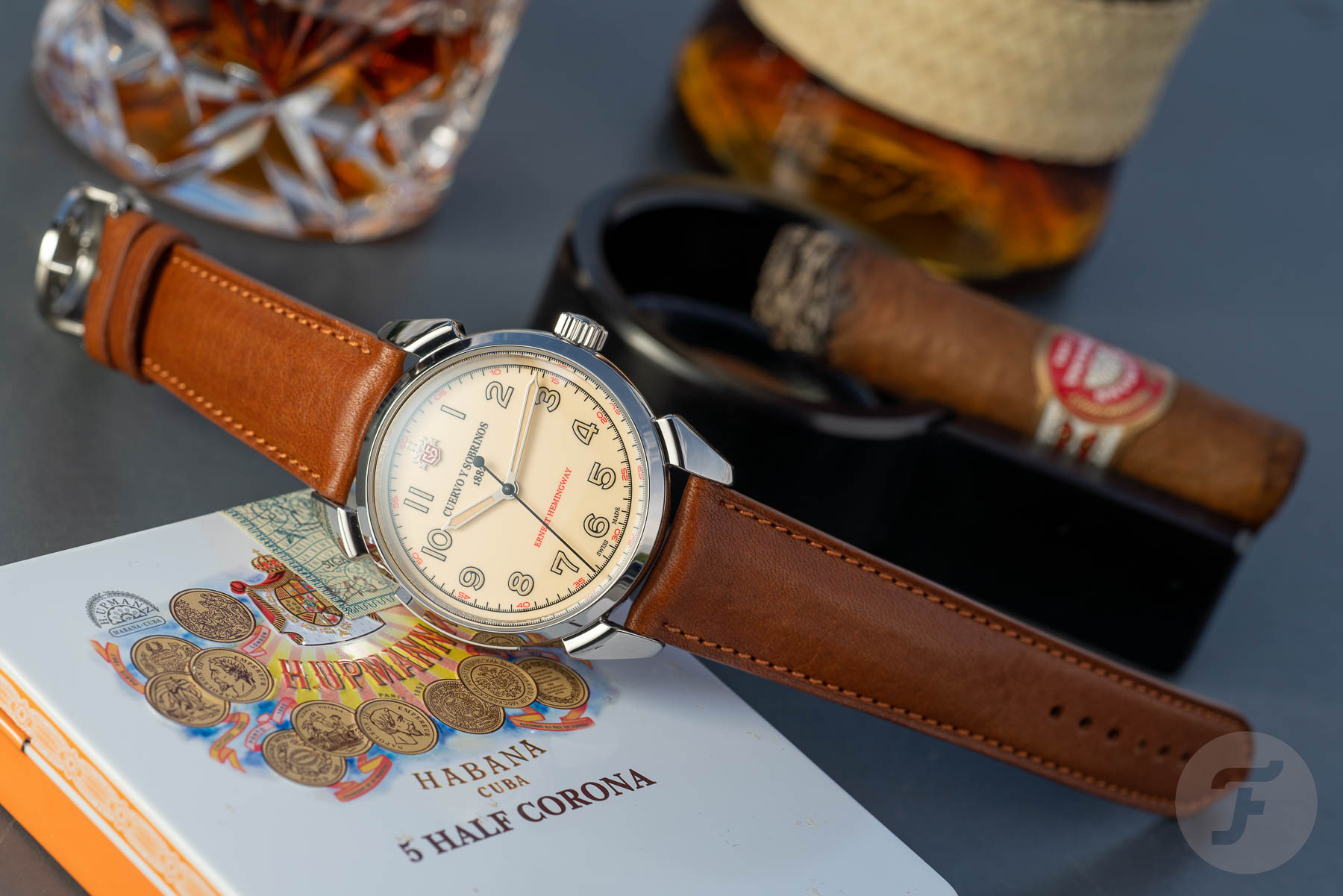 It wasn’t until the turn of this century that Cuervo y Sobrinos rose from the ashes in Europe. The firm has since re-planted its footprints across the Atlantic, and has retailers as far away as Japan. It has established its headquarters and workshop in Capolago, overlooking Lake Lugano in Switzerland. Furthermore, it has even restored some of its former glory by opening a museum-boutique in the central historic district of Havana in 2009. Today, Cuervo y Sobrinos offers Swiss-made watches that are inspired by its colorful heritage and rich stories. Jorg reviewed the brand’s Buceador diver here, which was just pure Caribbean deliciousness. 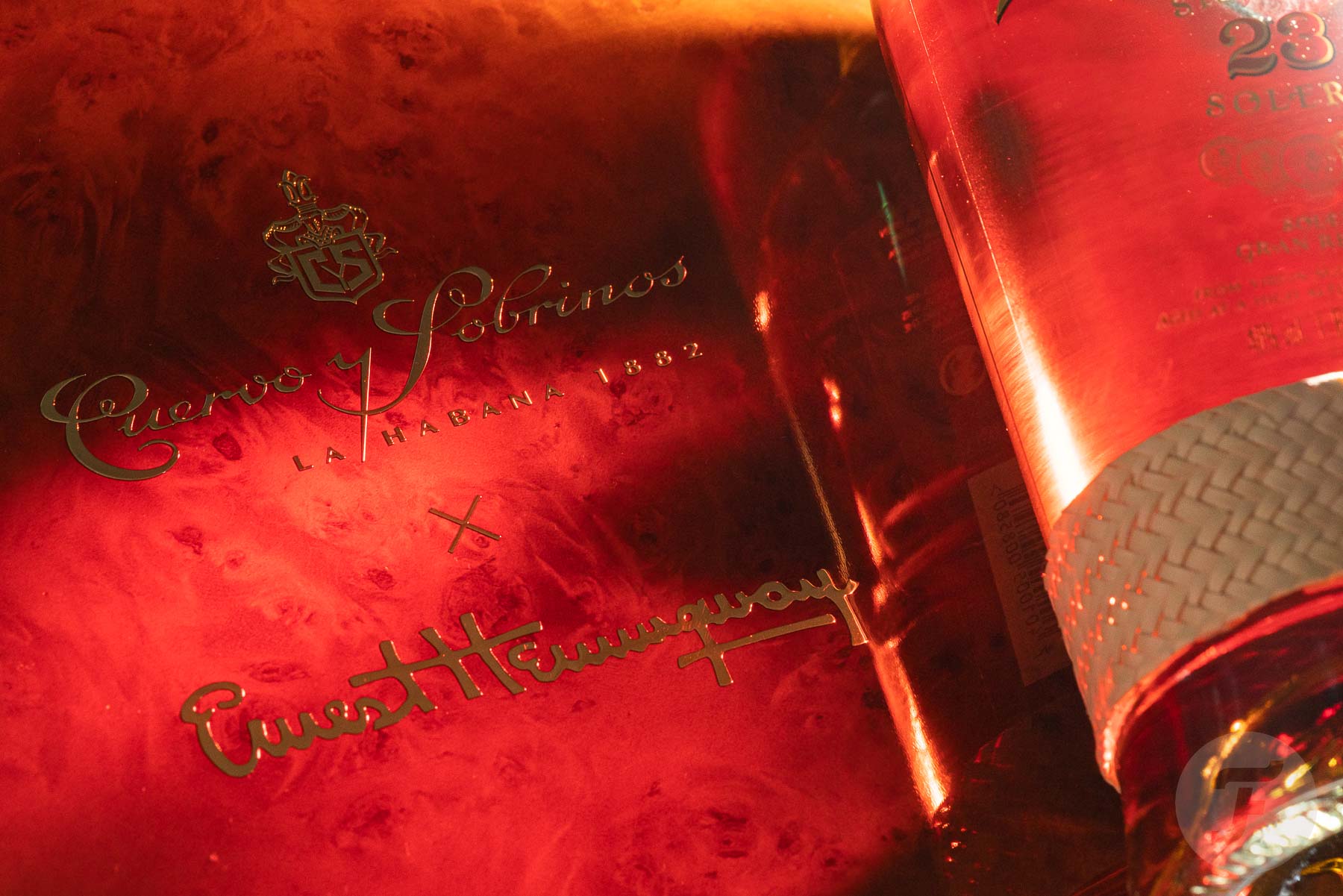 Through historic snippets, Cuervo y Sobrinos traces its Latin roots in the styles and designs of its watches. Enter Ernest Hemingway. The American author lived in Cuba on and off for 20 years (1939–1960). According to Cuervo y Sobrinos, it was during his residency in Havana that the celebrated writer frequently visited its boutique. The life story of Hemingway is as fascinating as one of its novels. From working as an ambulance driver and a war reporter to receiving a Nobel Prize and ending his own life, Hemingway made for a complex character.

Creating a watch in Hemingway’s name is more than paying tribute to such a remarkable patron from a bygone time. For Cuervo y Sobrinos, it also helps map their shared history to the brand’s own timeline. As such, the new model has taken the vintage-inspired style from the house’s classical collection, the Historiador. It is available with two dial colors — a mellow cream and a dark tobacco brown — that are reminiscent of Cuba during Hemingway’s time there. 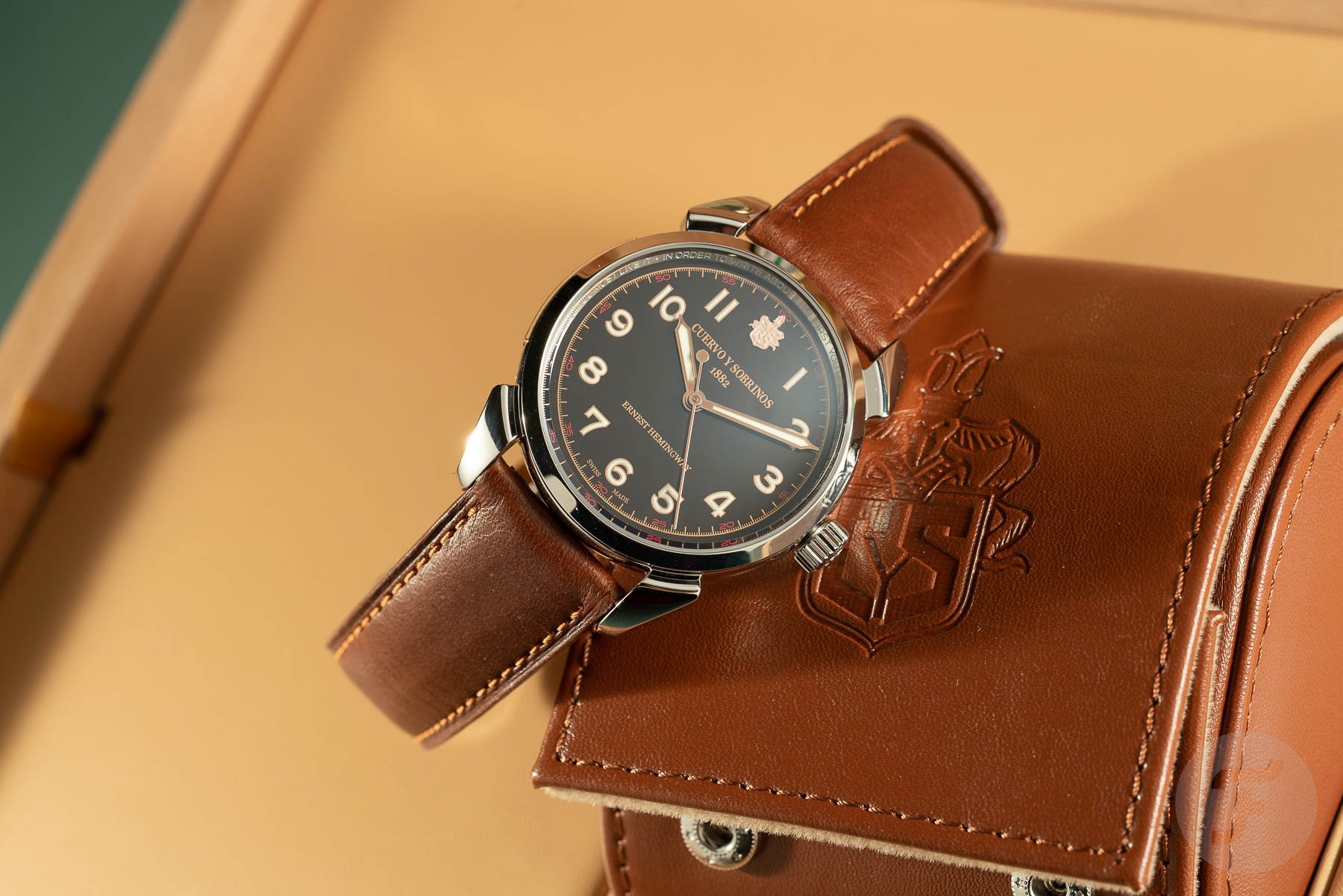 Both dials sport rounded Arabic numerals, a subtle minute track, and a set of three hands in coordinating colors. The hour and minute hands along with the numerals are coated with Super-LumiNova. The full-length seconds hand has an all-polished finish and a circular counterbalance on its end. An applied Cuervo y Sobrinos emblem sits at 12 o’clock with the brand’s name and year of foundation below it. The lower half of the dial displays the Ernest Hemingway name and a “Swiss Made” designation sitting neatly at 6 o’clock. Topping it off is a double-curved sapphire crystal with AR coating to protect all those diligently balanced features. 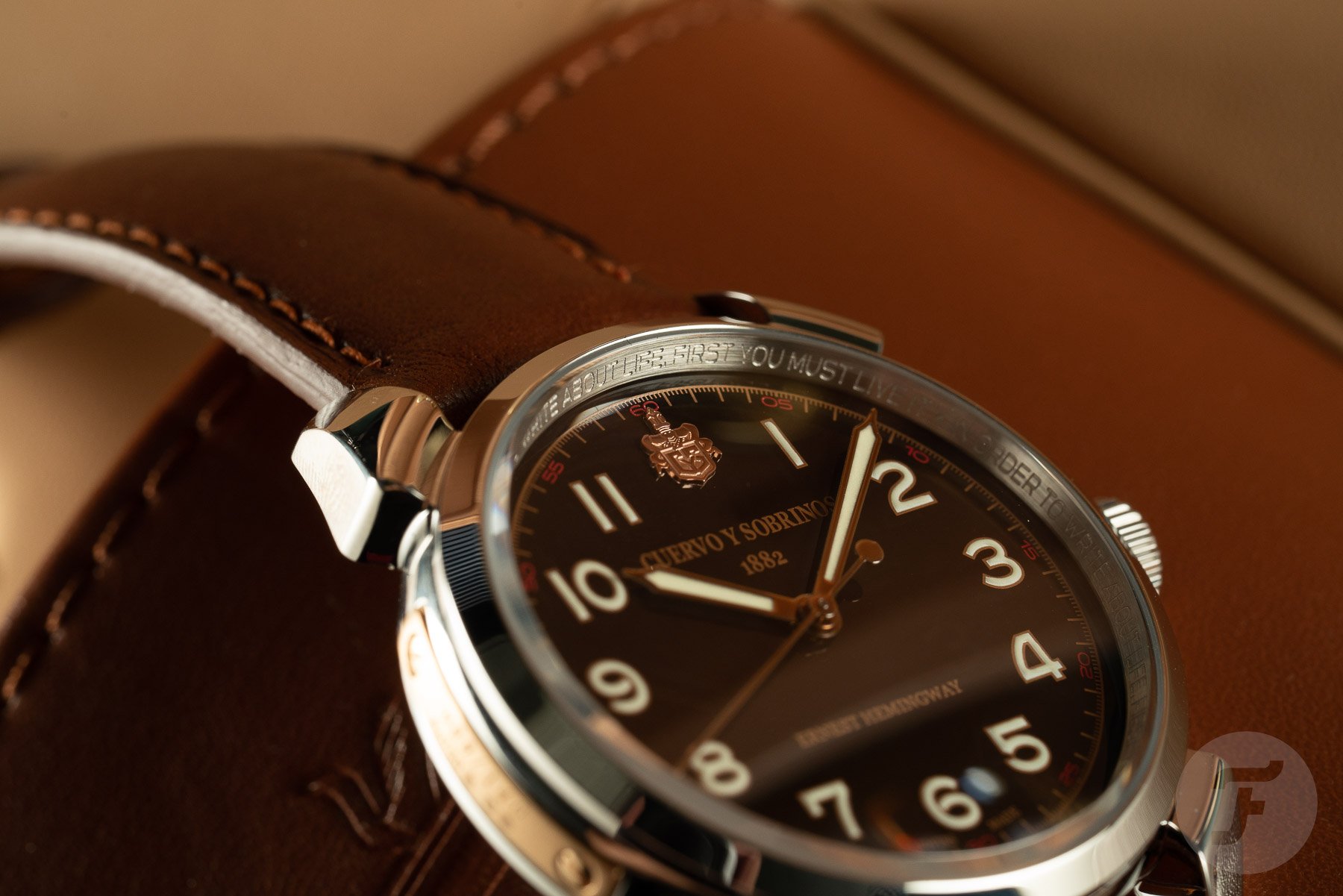 An incredibly thoughtful and discreet feature is a famous quote from Hemingway engraved on the rehaut. It serves as a reminder to the wearer of the watch to be the author of their own life story.

“In order to write about life first you must live it.” ― Ernest Hemingway

The Historiador Hemingway is presented in a polished stainless steel case donning the Historiador’s signature tapering claw lugs. It is classically elegant and wrist-friendly, measuring 40mm in diameter and 11.75mm in height. 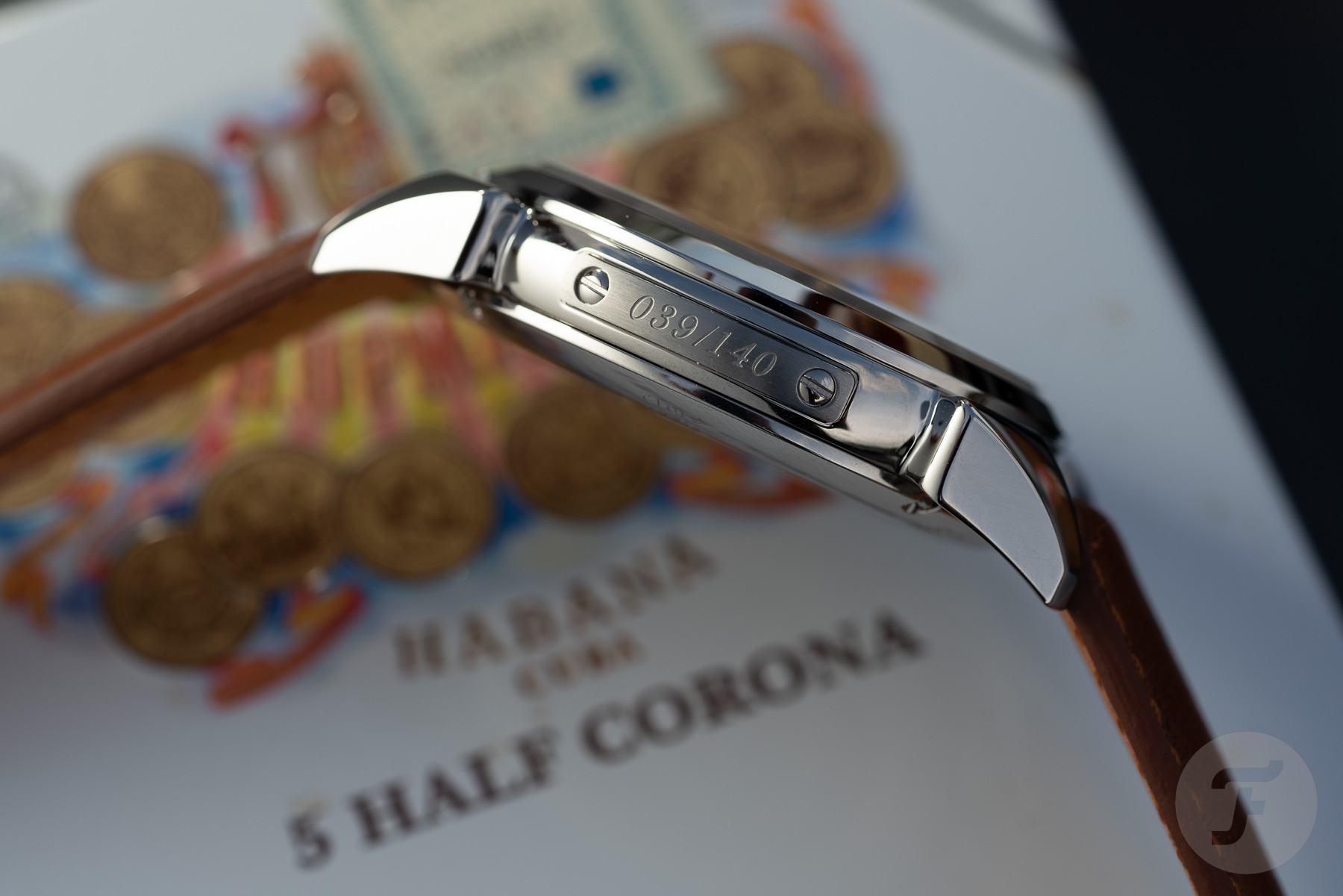 Housed within the watch is the CyS 5121, a Sellita SW200-based automatic movement. This Swiss caliber carries a custom-engraved rotor, beats at 28,800vph (4Hz), and delivers a 38-hour power reserve. 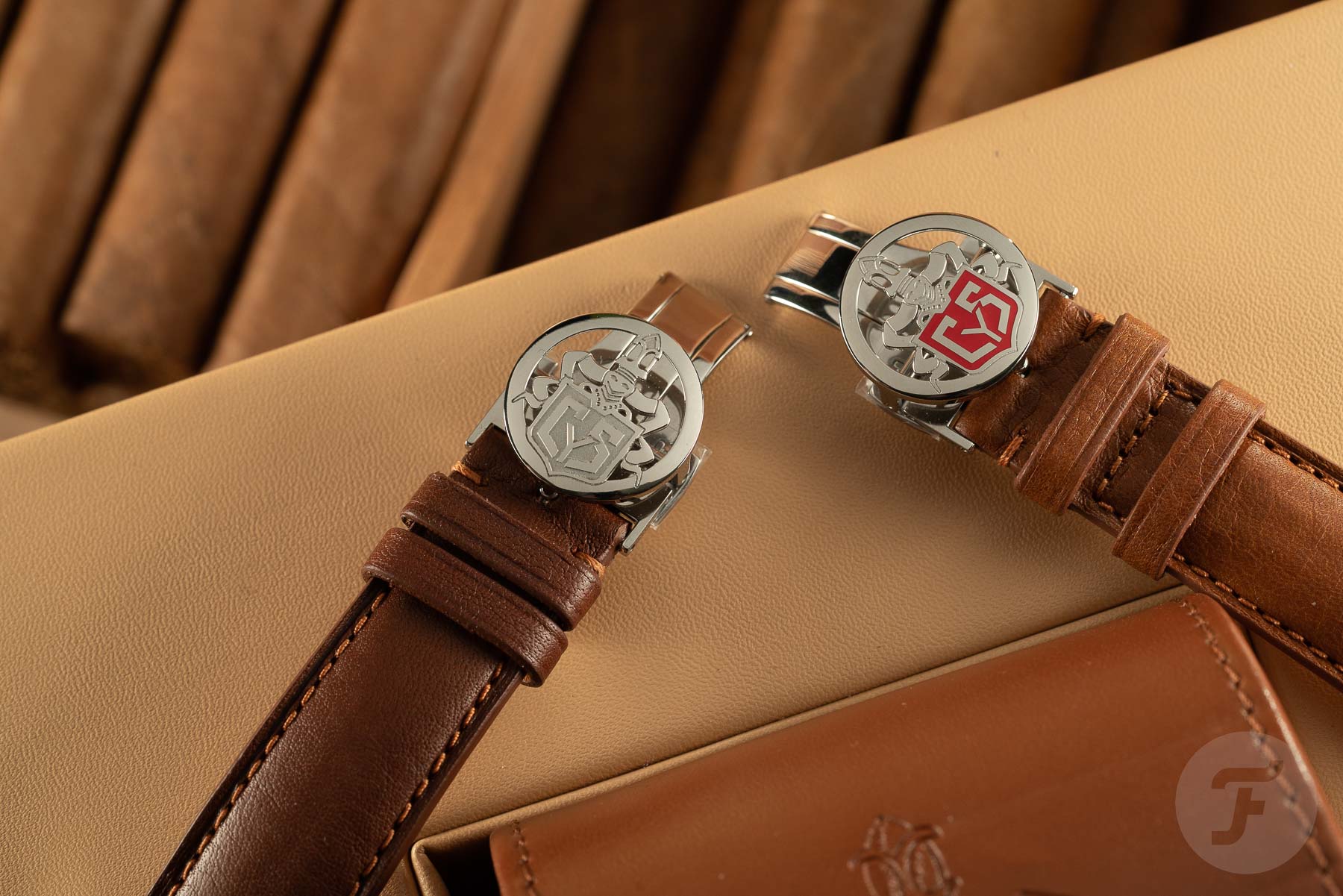 The case back is a solid cover showing general details on the polished outer ring and a full-sized Hemingway logo in the sandblasted center circle. The dials are paired with light or dark brown leather straps featuring a dual-deployant buckle with the “CyS” crest. 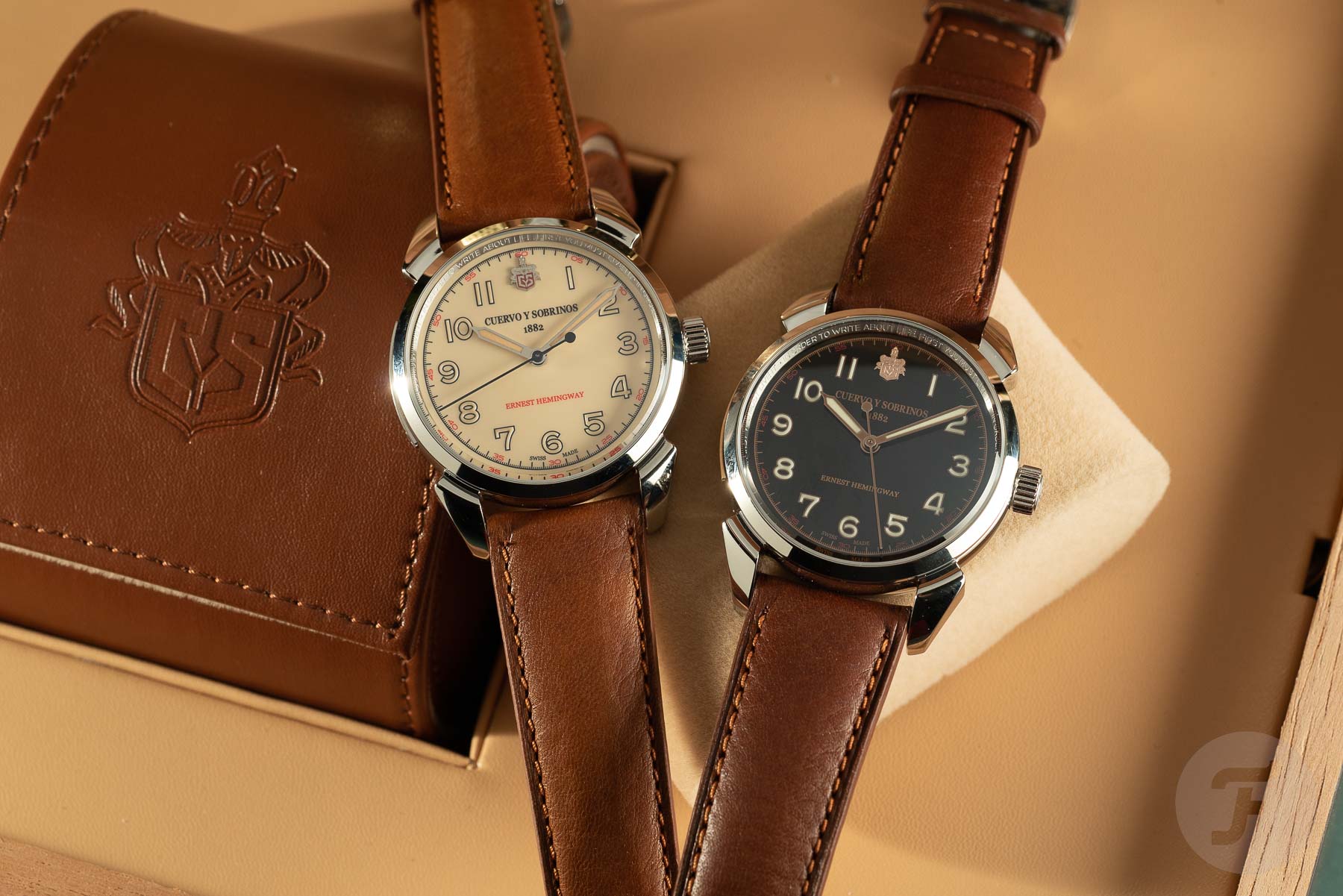 With the family’s blessing

The Historiador Hemingway is officially licensed by Hemingway Limited. Hemingway’s eldest son Jack founded the company in 1988 and managed it together with his two brothers. The family set it up to operate the Ernest Hemingway trademarks and handle licensing affairs. With a partnership in place, Cuervo y Sobrinos may bring further Hemingway models to the series. 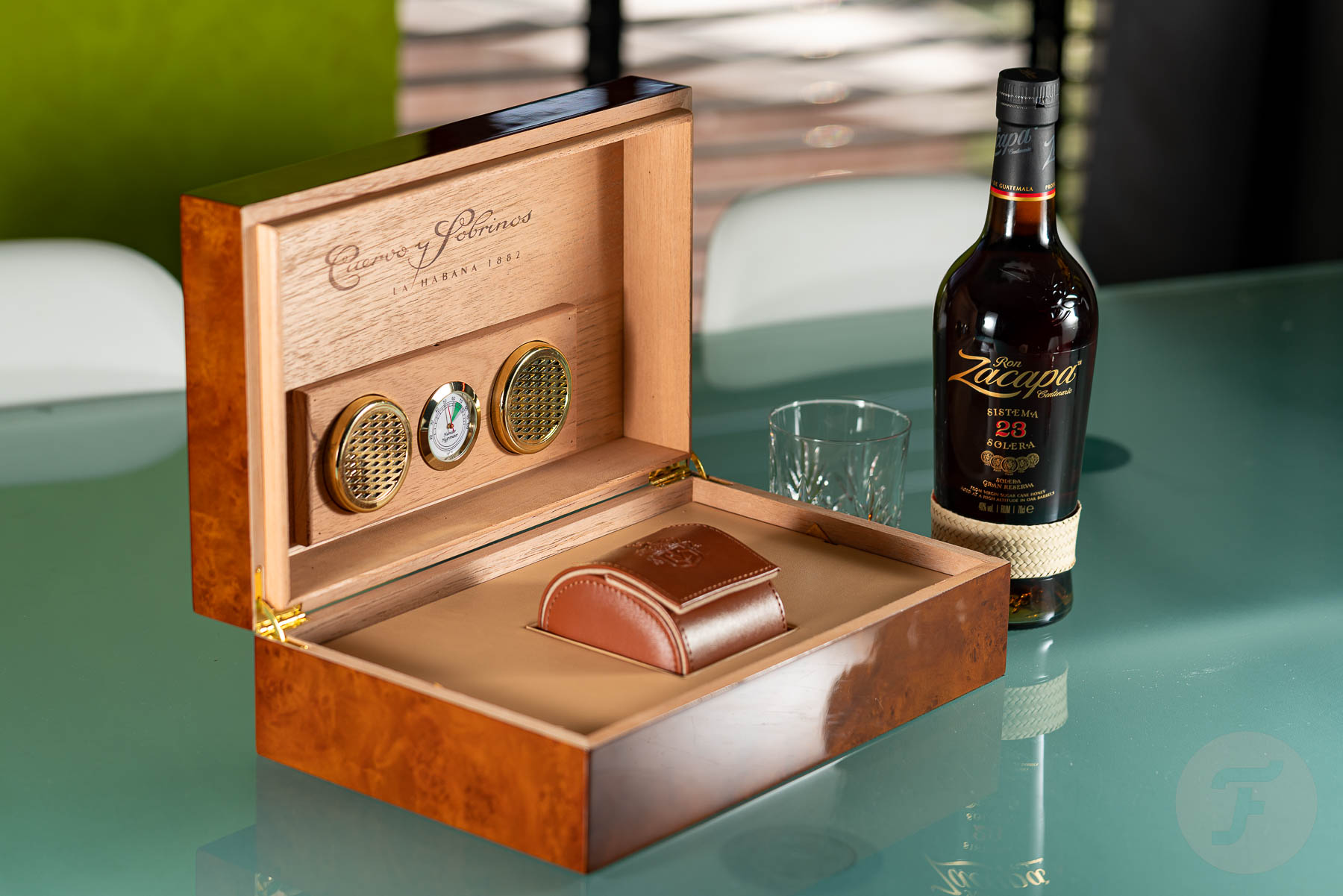 For now, the Historiador Hemingway is available in cream and brown versions, each limited to 140 pieces. While the cream version is priced at €2,500, the brown version is €3,000 with the addition of an 18K gold limited-edition plate on the left flank of the case.