A-11 wristwatches were manufactured during WWII according to a U.S. military standard. American watch companies like Elgin, Waltham, and Bulova produced these watches. Most of them had white hands and Arabic numerals, as well as 60-minute graduations on their plain black dials. They were housed in, by today’s standards, small 32mm chrome-plated brass cases, and it’s believed that at least 150.000 were made. There were so many produced that an original vintage A-11 can still be found for a few hundred dollars. 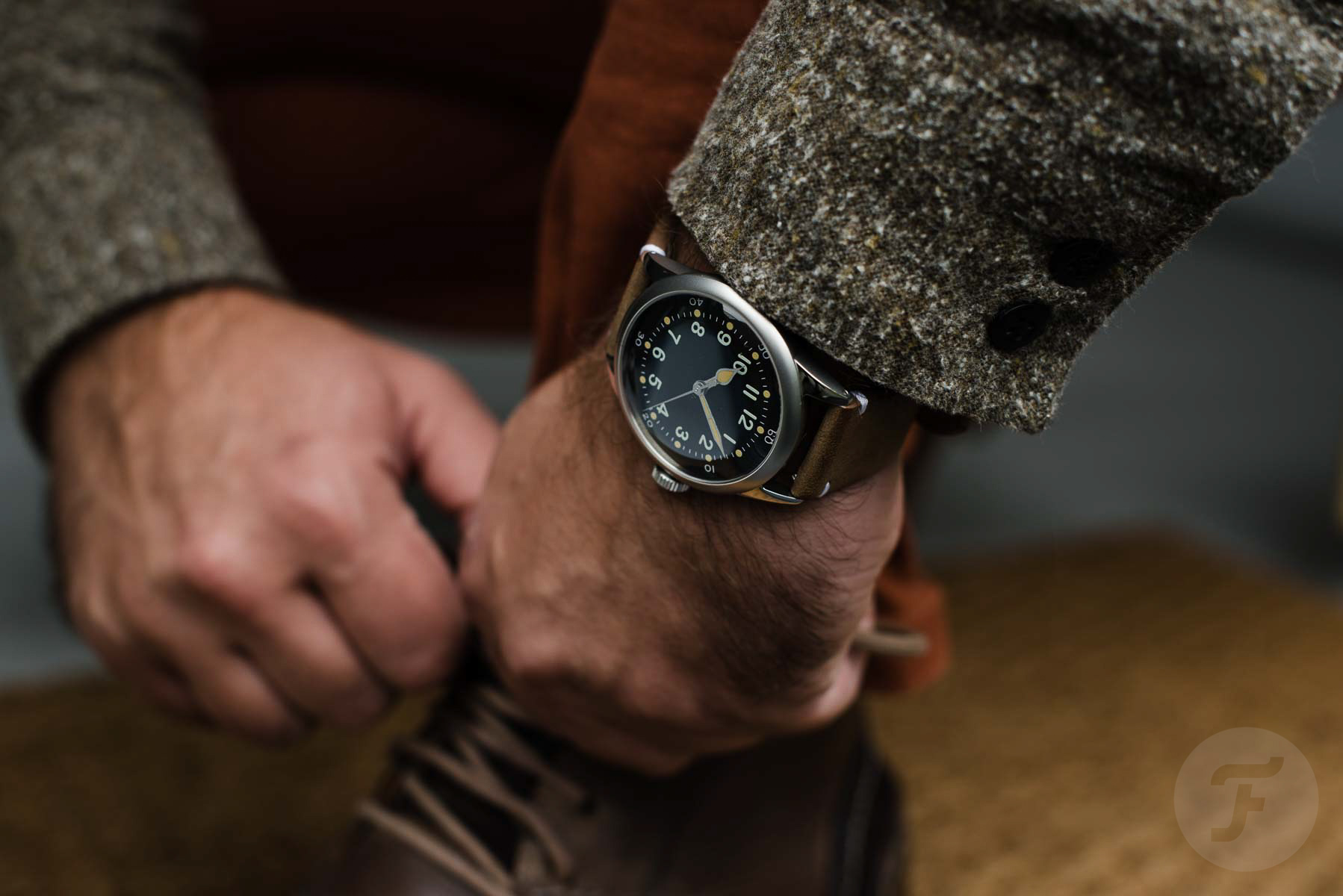 But that’s not the kind of A-11 wristwatch we’re talking about today. What’s more, Praesidus — the manufacturer of the A-11 here — doesn’t want to talk much about its wristwatch at all. In the brand’s opinion, what is of greater importance is telling the story of Thomas Marcus Rice, a U.S. paratrooper of the 501st Parachute Infantry Regiment. The watch Praesidus produced to support this story is just a side effect.

Who is Tom Rice?

So let’s start with Tom then. Tom Rice, 22 years old, was called to arms to defend his country in 1943. He volunteered to join the elite Airborne paratrooper school, a new and untested combat branch of the American Army, and earned his paratrooper wings at Fort Benning, Georgia. He then found himself in one of the most elite and demanding regiments of that time, the 501st Parachute Infantry Regiment of the 101st Airborne Division. This brought him as a platoon sergeant to jump on June 6, 1944, over Normandy for Operation Overlord. Tom was injured even before he reached the ground. He also realized that he had lost his watch as it ripped off his arm when he jumped.

Tom would jump once again from a C-47 over Normandy to commemorate the 75th anniversary of D-Day in 2019. Praesidus heard about Tom’s story personally through a mutual connection. With Praesidus’s military and watchmaking background, the idea of re-creating the watch that Tom lost came up. So when Tom jumped again, he was 97 years old. He was sharp, alert, still wearing his uniform that he wore back in the day, as well as ‘his’ A-11 wristwatch. 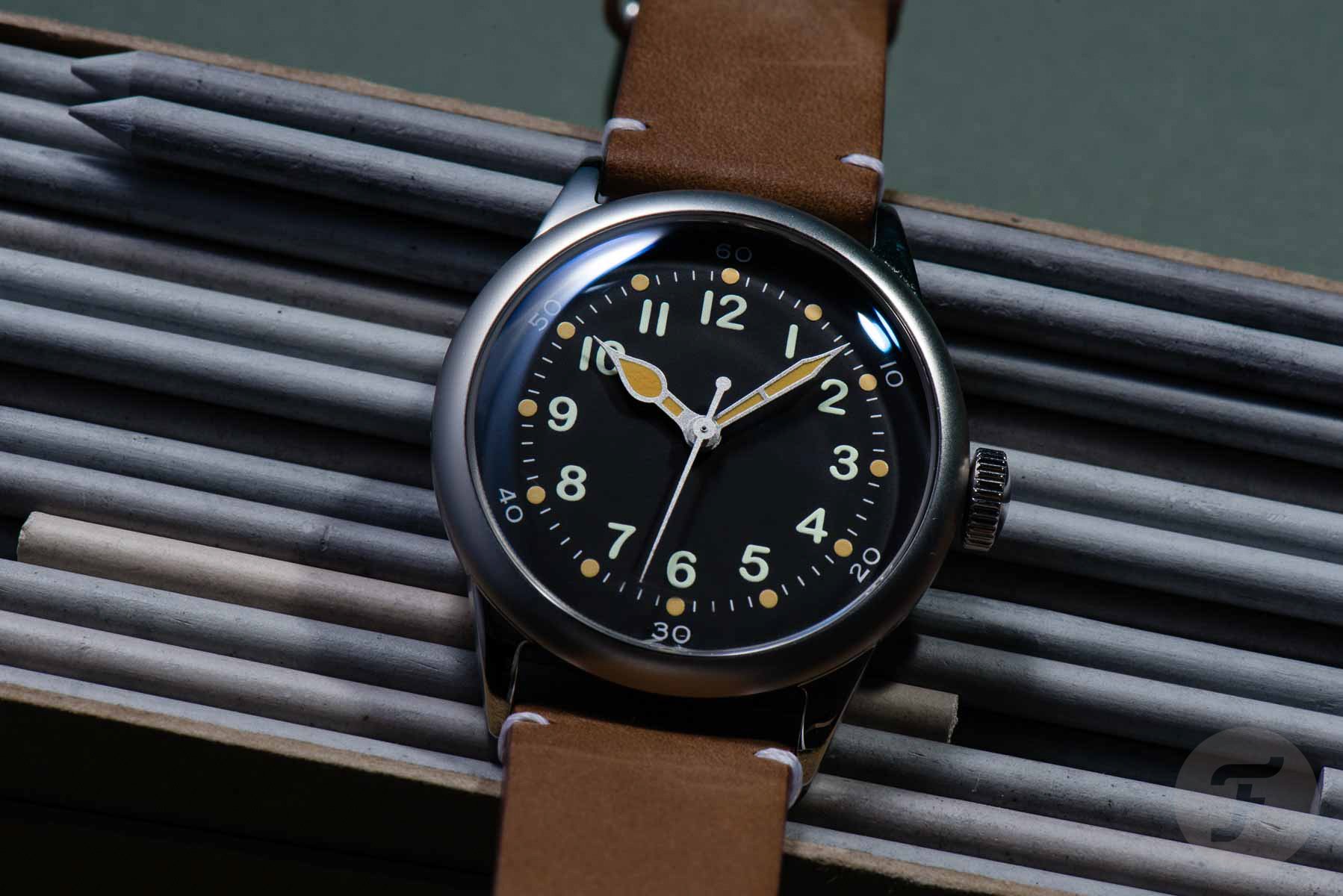 A modern interpretation of the A-11

So far we have focused on Tom, but because we’re a watch magazine, we’ll further concentrate on the Praesidus A-11 wristwatch. The Praesidus A-11, in many ways, is an upgraded version of the original A-11 watches produced in WWII. Let’s start with the size. The reinterpretation doesn’t have a diameter of 32mm anymore, but it’s available in two larger sizes of 38 and 42mm. We’re showing the 42mm version in this review, but I’m sure I’d have liked the 38mm version as well. 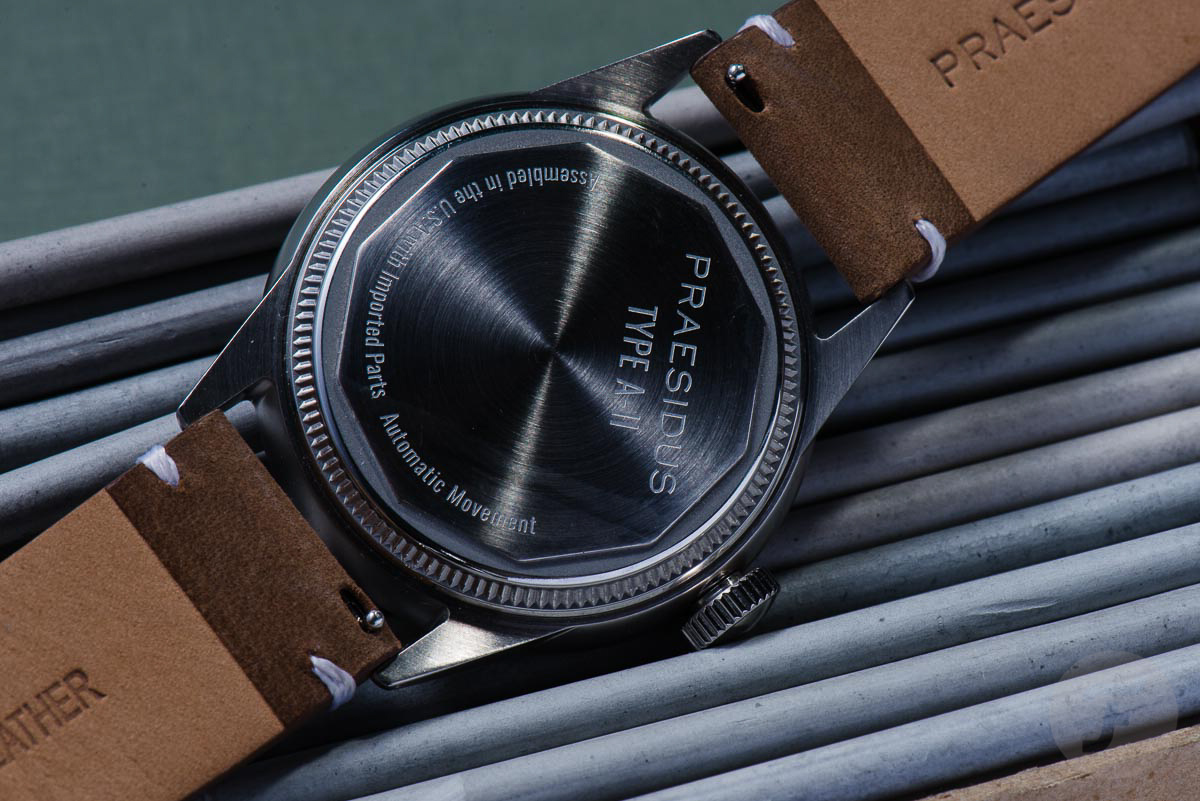 The size is not the only aspect that is different. The casing material has changed as well. During WWII, stainless steel was scarce or more necessary for other applications. Thus, the original A-11 was made from chrome-plated brass. Today, the case of the Praesidus A-11 Tom Rice Edition is produced according to modern standards in solid stainless steel, as is the screwed-in case back. The production version of the case back differs from the one seen above, and it comes with some commemorative engraving etched in it. 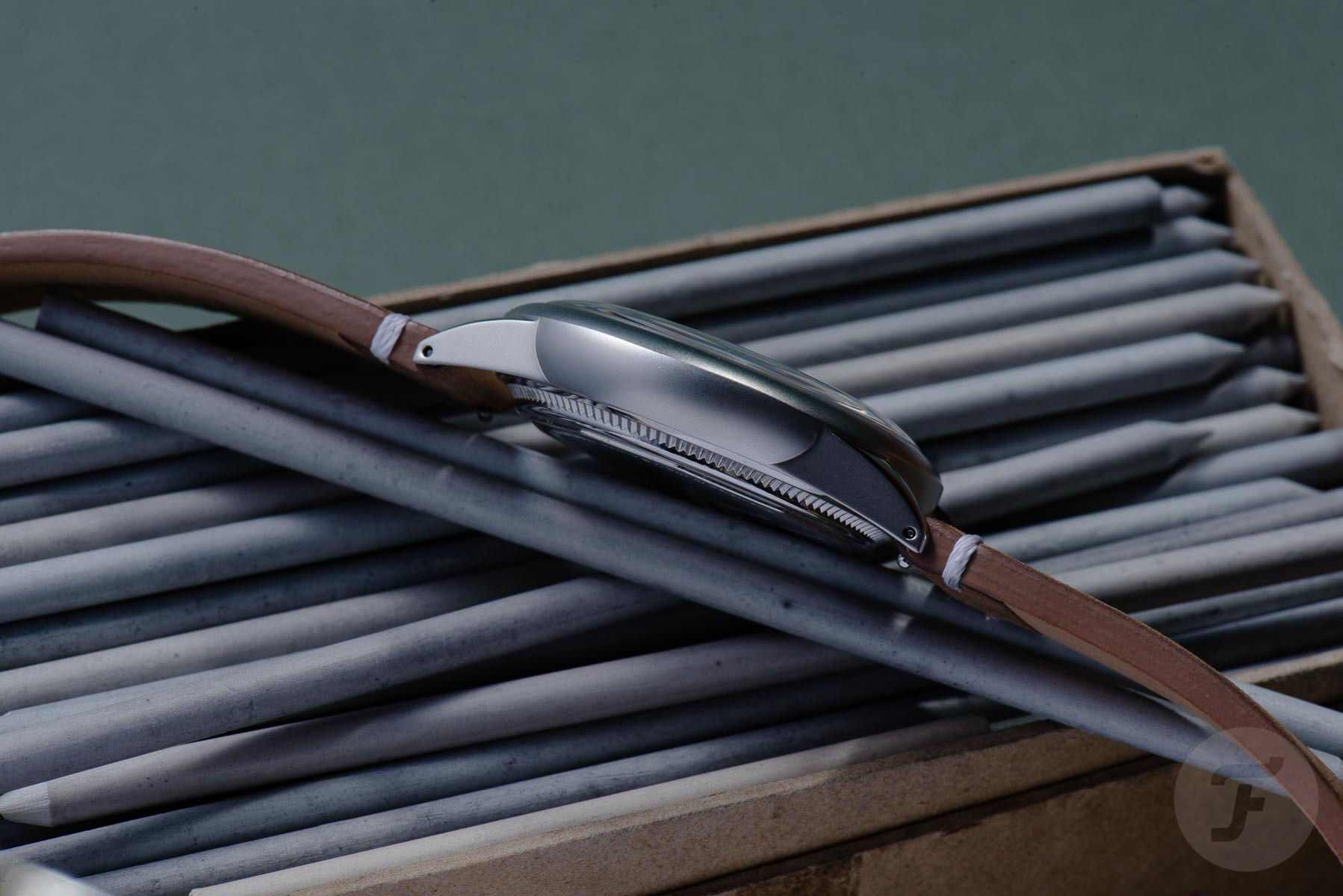 I think acrylic crystal would have suited the new A-11 watch and would have been historically correct. Praesidus, however, chose a mineral crystal. I’m glad the double-domed shape of the crystal, at least, is pretty similar to the original plastic watch crystals from the 1940s. An anti-reflective coating enhances legibility. Mineral crystal is more rigid than acrylic, but it’s neither unscratchable nor unbreakable.

…automatic instead of manual-winding

The Praesidus A-11 houses an SII (Seiko Industries Inc.) caliber NH35 automatic instead of the manual-winding movement used in the original A-11s. It’s important to know that while the movement may be produced in the East, the Praesidus A-11 Tom Rice Edition is assembled in the U.S. 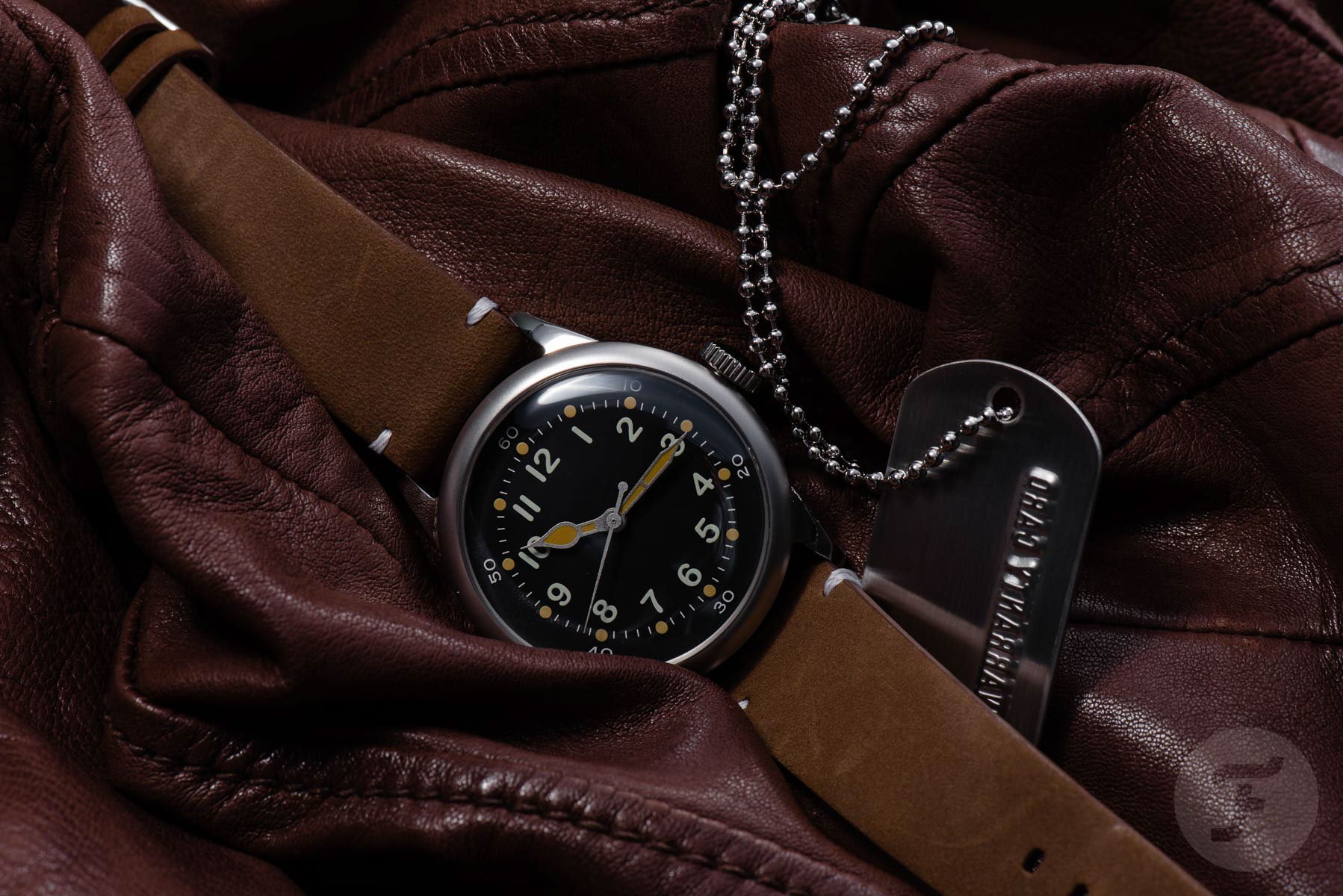 First, I have to mention that I love it that Praesidus didn’t put a brand name on the dial. It’s awesome that design and originality prevailed over brand glorification. Now it’s just a night-black dial with cream-colored indexes that ensures quick and easy legibility. It’s easy to understand why the U.S. Military went for such a design. The Praesidus A-11 Tom Rice is equipped with luminous hands and hour markers that ensure perfect visibility in low-light conditions. Although Praesidus chose cathedral-type hands, we often see leaf- or dagger-shaped hands fitted to original vintage A-11 watches. The cathedral-type hands suit the A-11 very well, however, and add to its vintage character. 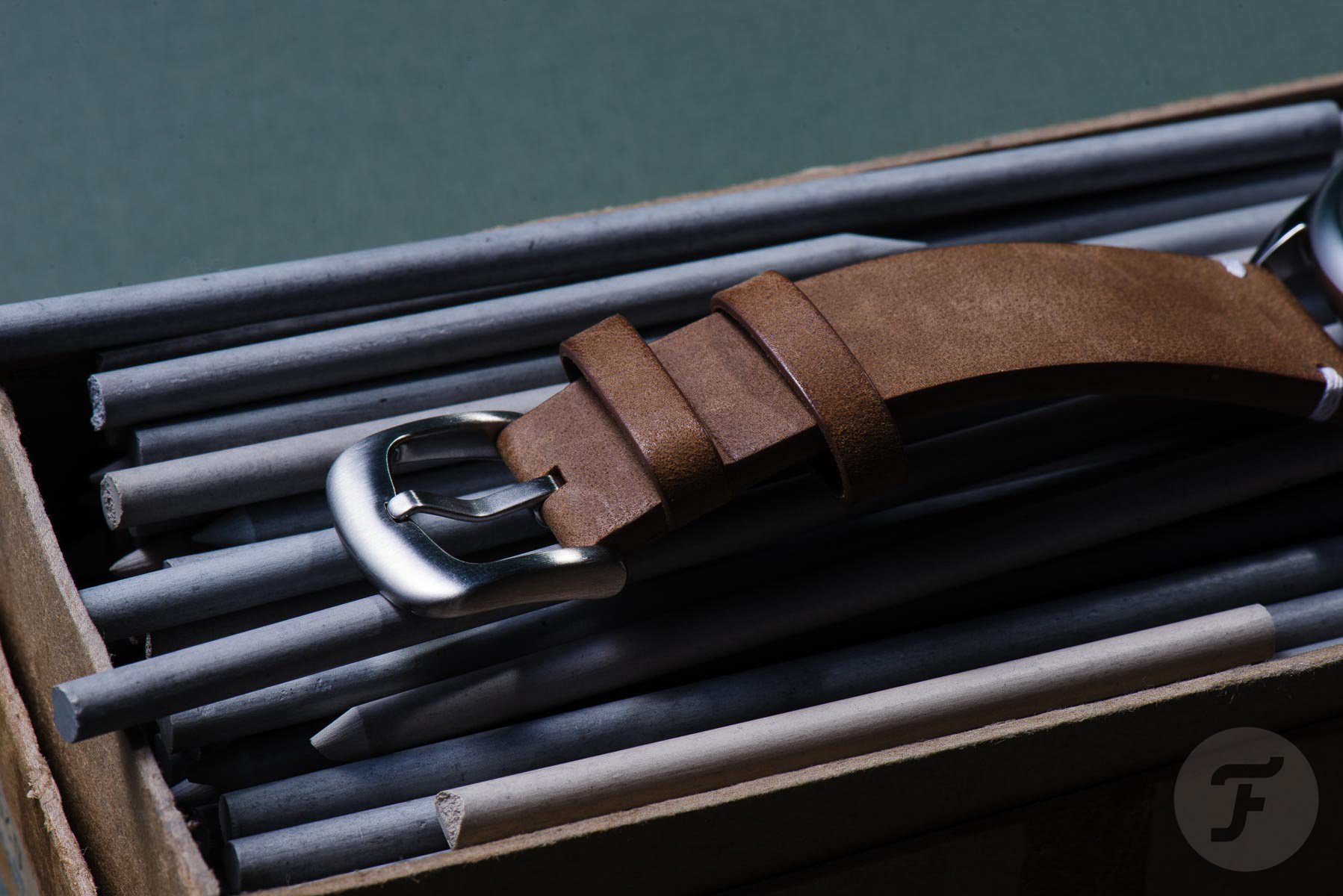 There’s an attractive brown leather strap on the Praesidus A-11 Tom Rice Edition. I don’t know what type of leather it actually is, but it looks and feels a bit Nubuck-ish. I’m sure that as you wear it, the strap will start to look even better than it already does fresh out of the box. At the end of the strap, there’s a solid stainless steel pin buckle that feels well-suited to its task. If you’d rather have a nylon or canvas strap, Praesidus also has them available. And the good news is that all straps sport quick-release push-pins. 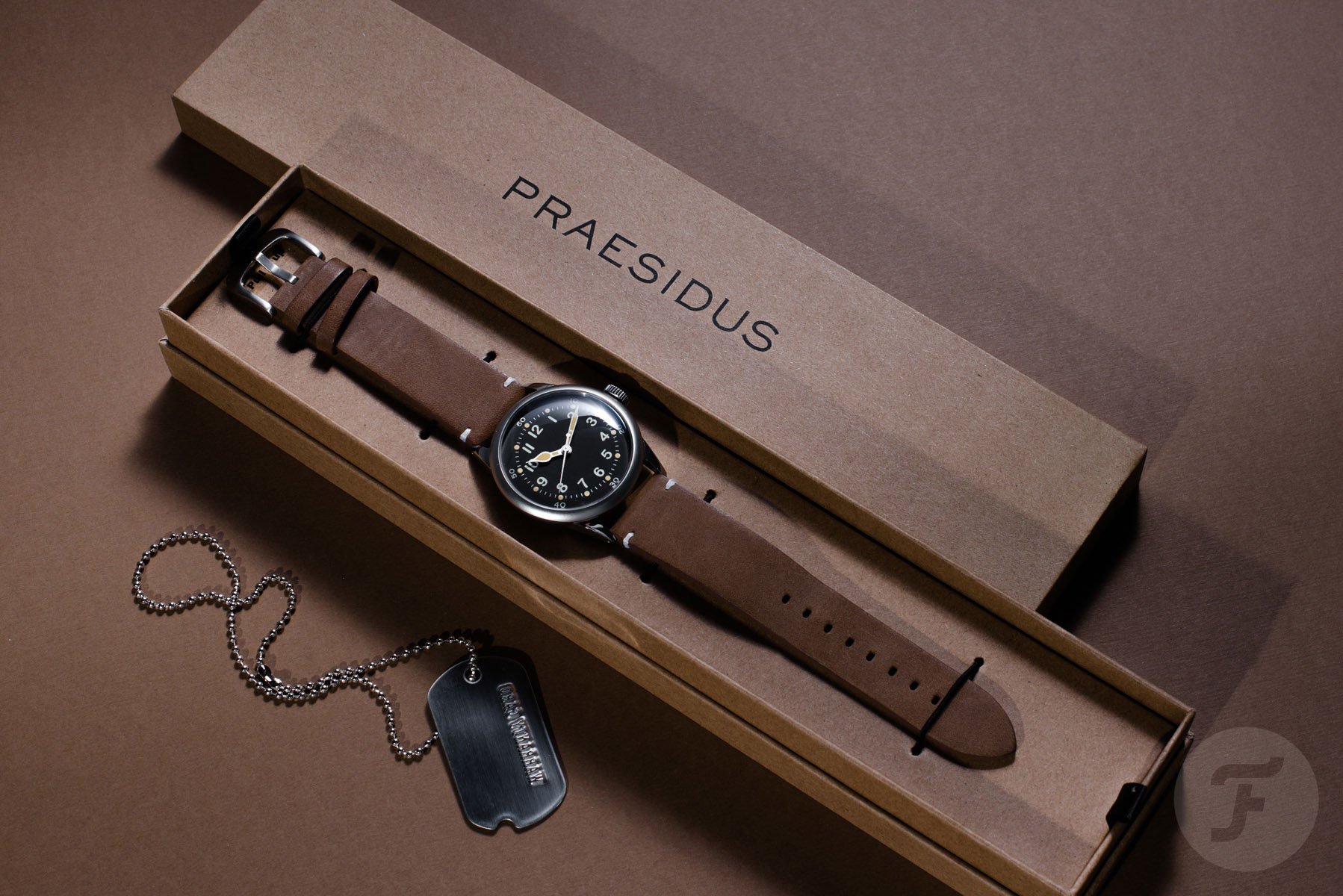 The packaging of the Praesidus A-11

Last but not least, the A-11 re-edition comes in a well-constructed, environmentally friendly cardboard box. Except for the watch, the box contains a little paper pouch with a warranty card in the shape of a metal ID tag. 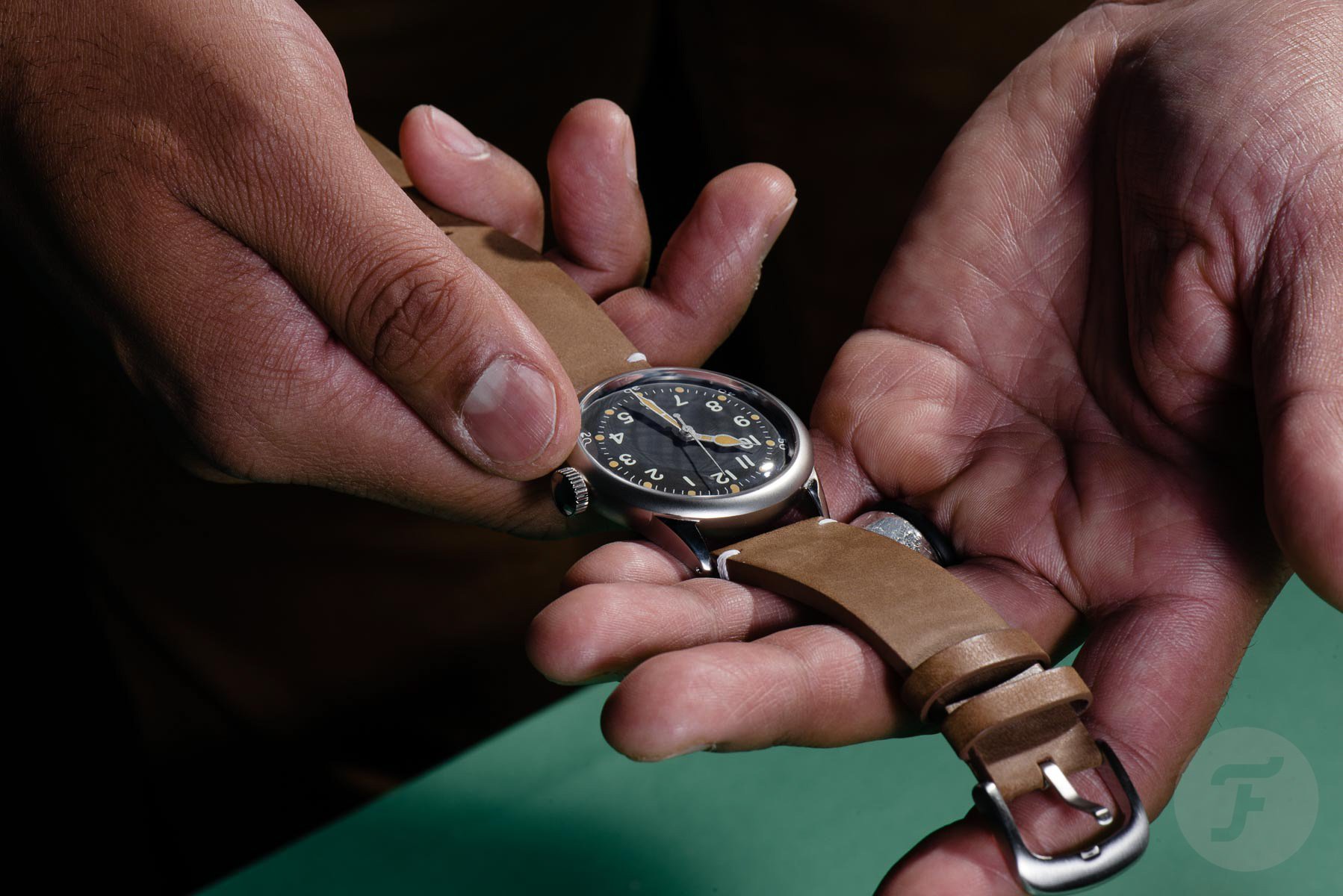 If you’re into military watches and actually like to wear them, the Praesidus A-11 re-edition is an absolute no-brainer, especially at its price of $249. Original vintage A-11 watches are very nice, but keep in mind, they’re hardly suitable for everyday use. Seventy years ago, watches just weren’t produced with the same quality as they are today. Don’t expect them to be accurate or very shockproof, and after so many years, they probably won’t be waterproof either. Wearing vintage watches such as these in our daily lives often results in disappointment. Not only does the modern Praesidus A-11 Tom Rice cost less than a vintage A-11, but it will better suit your needs as a daily watch as well. For more information and the possibility to order, please head over to praesidus.com.