Don’t Be Ashamed About Collecting Watches, The Others Are Worse! 10 Examples Given In This Article!

How often do you need to explain your love for watches? I’ve noticed that I don’t mind explaining why I like watches so much, or explaining what I am exactly doing all day as a watch journalist. It is understandable because – believe it or not – not everyone is into watches or even familiar with mechanical watches. A lot of people are also unaware of the fact that there is an entire industry around watchmaking: e.g. watch magazines, websites, market places, collectors meetings, auctions and so on. For many people a watch is just that, a watch. So I do not mind talking about what I do and explain it a bit. 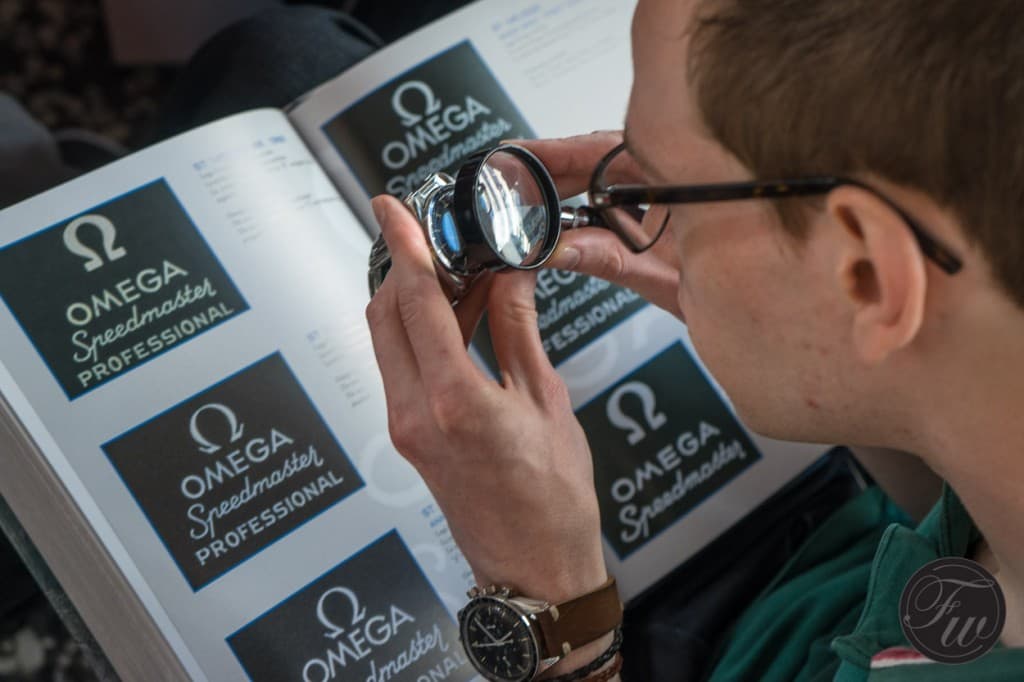 During our Speedmaster collector’s meeting last year in Düsseldorf. A collector is inspecting a watch using a magnifier and a reference book.

However, in some cases it doesn’t stop at explaining. Some times I need to justify my love for watches to them and when I make an attempt to do so, it can struck me at times – during the attempt – that I must sound like a freak or something. I also do believe that being passionate about something (like watches) is something that comes natural, especially for men, I think. If it weren’t for watches, I was probably into HiFi, cameras, vintage calculators, fountain pens (this site rocks), comics, vintage toys or Märklin trains.. etc.

Last week I sat down in a bar discussing this topic with my colleague Jon Henrik Haraldsen  from the Norwegian watch website, tidssonen.no. I showed him a website of a guy that was all crazy about some toys and he showed me a video about someone who was going all mad on cheese knives. Dedicated stuff. On his website there is also a forum where collectors and enthusiasts can discuss watches, but they also have this thread that basically covers this “the others are worse” topic and list websites and videos of people who are deeply into all other things than watches. I have to admit that I’ve come across certain websites of people with other hobbies than watches, like vintage computer games (G&W handhelds) that made me think “Watches aren’t that bad”. I think some of them might encounter more difficulties in attempting to explain to others what they are doing.

Let’s start with some examples – that are easy to digest – of what could have been worse than collecting watches. After a few, I step up the game a bit and make it more intense.

Meet Harry. Harry collects the Game & Watch handhelds from the 1980s. Game & Watch was the pre-decessor of the Nintendo Gameboy (I guess). Although from the 1980s, Harry only started collecting after he found the Donkey Kong G&W handheld at a boot sale in 1999. In total, Nintendo put out 59 G&W handhelds on the market. Harry has them all. For your information, Harry has a girlfriend. 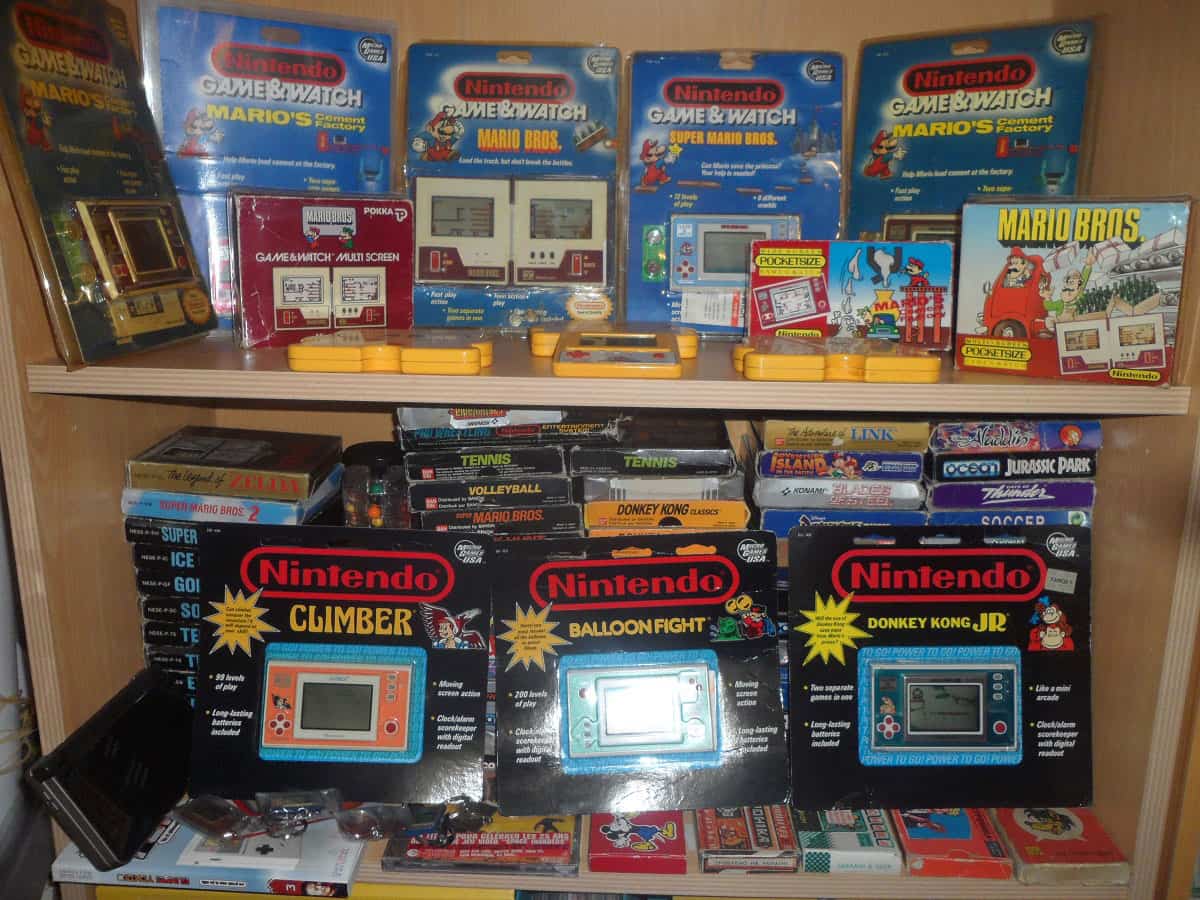 Robots in disguise (not “the skies”). When I was a kid, we had this channel called ‘SkyChannel’ in The Netherlands where they showed all these cool series like Mask, GI Joe, He-Man and Transformers. This was around 1985 I think. The latter one being my favorite, I got a few of these action toys as presents back then. I still have them. However, try to explain to your new girlfriend that you can’t have dinner with her on Saturday evening because you have to attend a Transformers collector’s meeting. Yeah.

Meet Dave, he has a serious collection of Transformers, from the first 1980s models (called Gen1) up to the latest. Restecpa! 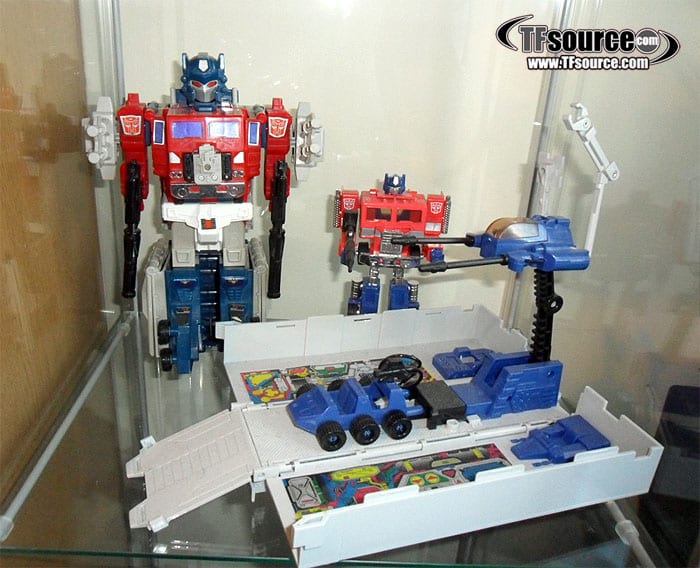 If Dave sparked your interest, go here and join the Transformers Club. 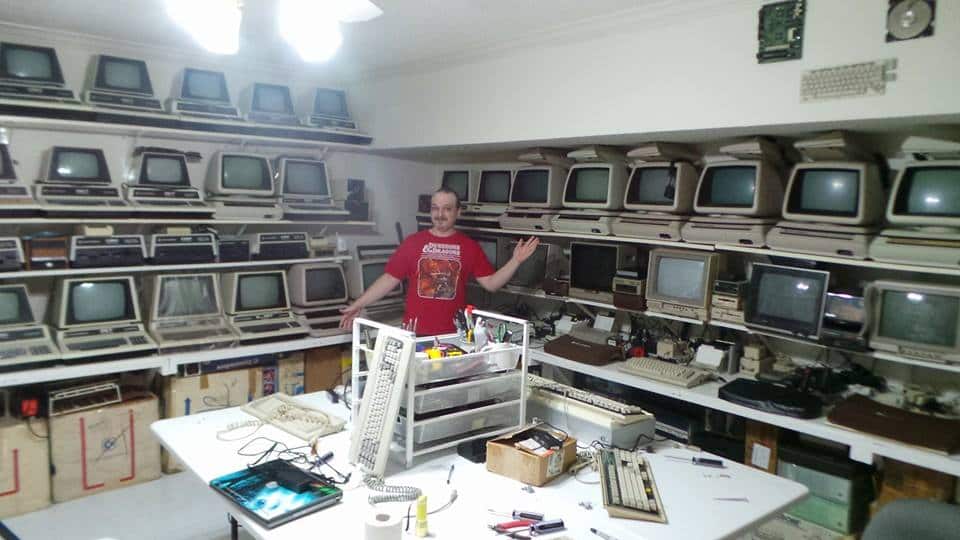 A serious collection of Commodore computers. This guy has hundreds of them.

This guy is collecting Commodore computers, you might remember the C64 and later Amiga computers. In the aftermath, they did PCs for a couple of years but didn’t survive. When I was a kid, the Commodore 64 and Amiga 500 machines where the ones to have for games. 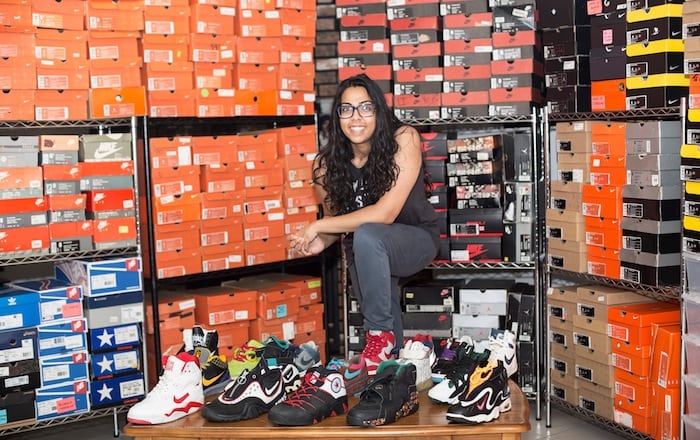 This is not a store. It is the collection from Anita Notta.

An interesting link with short interviews with sneaker collectors (including the above pictured Anita Notta) can be found here. Some collectors tips for sneakerheadz: “Top 10 life lessons that sneakers have thaught me.”

I am stepping up the game here. Not including a picture though, but there are many available. This Graham guy is collecting his navel fluff since 1984. Not going into details, but this guy has 3 big jars filled with it. Just wondering what collector’s meetings will look like.

Colleague Jon from Tidssonen told me about these knife videos by Stefan Schmalhaus. Now, I don’t feel collecting knives is worse than watches, but his videos are legendary! Especially the introduction part is awesome where he cuts a sausage or a piece of bread with the knife that is being reviewed. With a heavy German accent, his English commentary in the video is a joy to listen to. Here is his YouTube channel.

Hey man, I don’t blame you if you’ve never heard about a Brony before. According to the official What is a Brony? website, a brony is a fan of My Little Pony (Friendship is Magic) that is outside the target demographic of little girls. The guys who didn’t enjoy Mask, GI Joe and Transformers, so to speak. I think this might be the only type of collecting you can’t get away with during your first date. Or second date. So don’t mention it, unless you’ve met your date at a Brony collector’s meeting. 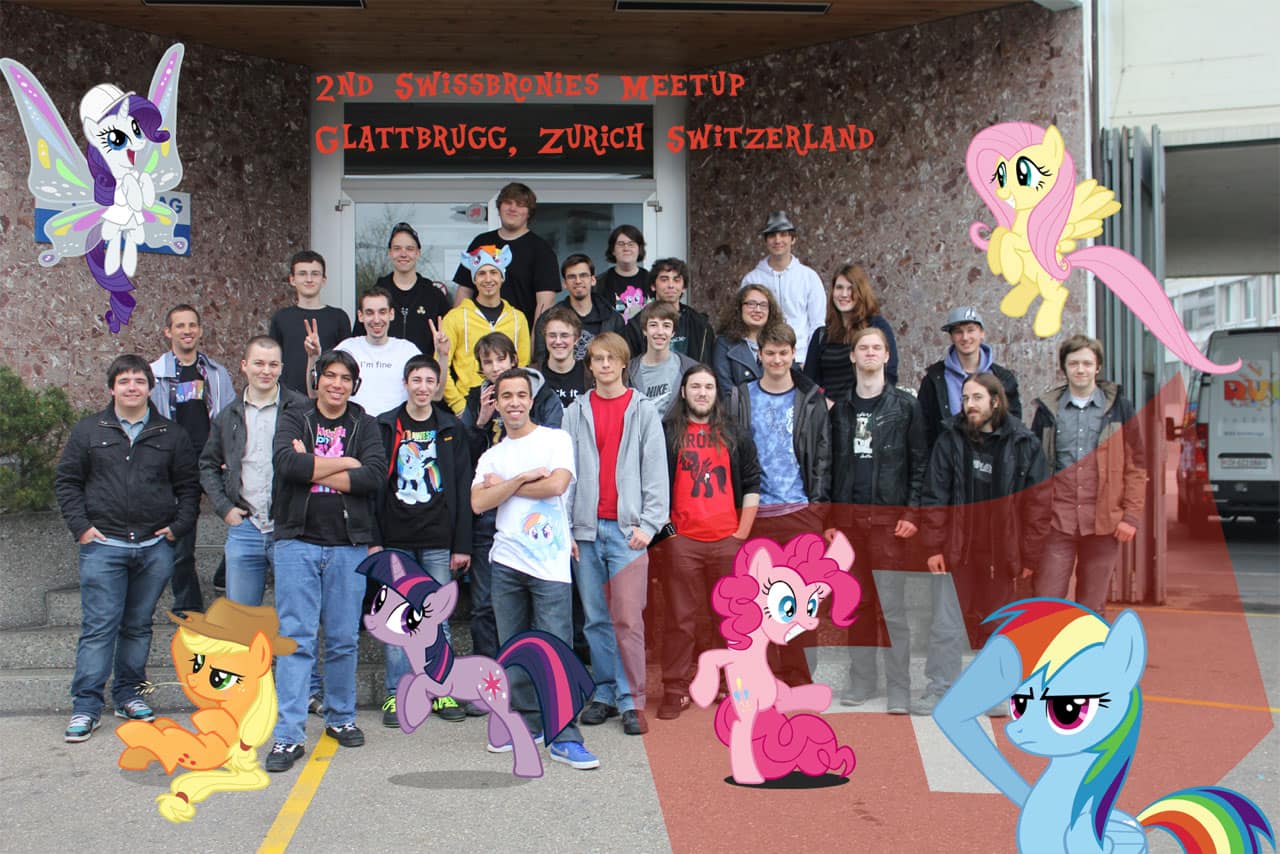 According to the Dutch Brony gang, there are actually collector’s meetings and they do come with some rules. Let me translate the most important ones for you:

An interesting interview with Brony Jake can be found here.

Here are a couple more:

Bring your toy to the strangest (or very common) places in the world and take a picture. On the website ToyVoyagers you will see some great examples (and photos). There’s also a forum to share ideas about toy voyaging. Everyone can do this. Below you see Kevin Kiwi exploring the world. 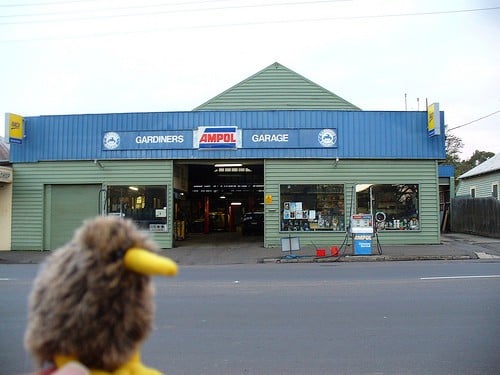 Empty ones, that is. Like collecting tea labels, cigar labels, sugar sachets, enter the world of the baggist. Collecting the little sick sacks from flights. There are a number of websites out there on the topic, including ones like Rune’s Barf Bag Collection that actually has a shop that sells these sick sacks. That website includes an overview of sick bags of a great number of carriers. Impressive work. Below, an old (or should we say ‘vintage’) one from the KLM. 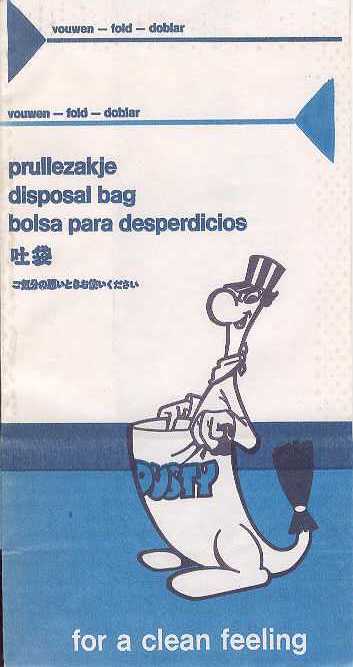 OK, this one comes a bit close to what we’re used to. Collector Mark McKinley has a thing for talking clocks. That’s right, clocks that will actually tell you the time. He even opened up virtual museum, The International Society of Talking Clock Collectors Museum. We hope his neighbors are deaf. 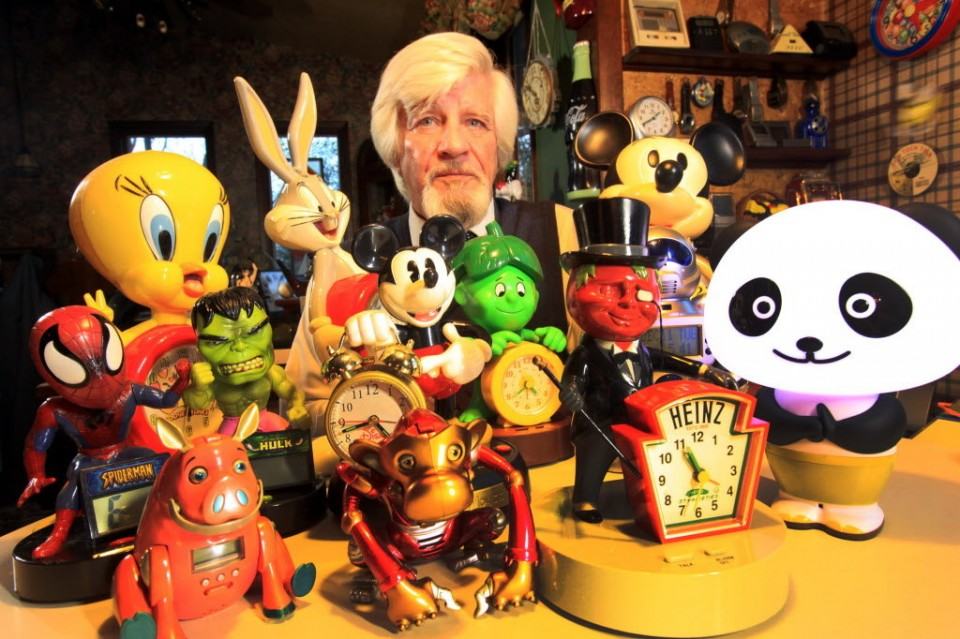 Enjoy Being A Watch Collector

Take the above with a grain of salt (exceptions are there of course), as we all have our quirky habits. While pen, knife and sneaker collecting isn’t that odd, it is about the fanaticism someone puts into it that might give a strange impression to others. Bronies are another thing of course, although LARPing seems to be accepted in some cases. Anyway, I don’t want to mingle into other people’s hobbies or passions of course. Especially when it concerns navel fluff or worse.

Well, to summarize things: Enjoy being a watch collector! It is perfectly fine to stare at a vintage Rolex dial with a loupe for 10 minutes, even in public.

So watch collectors and passionates: Don’t be ashamed, it could have been worse. In case you have interesting “the others are worse” type of websites to share, please do so in the comments so everyone can enjoy (and see that watches aren’t that bad at all).

*This article appeared first on January 25th, 2016. We added some more awkward collections since then.