The end-of-year, pre-SIHH, A. Lange & Söhne event is becoming kind of a tradition meanwhile. However this year was something special, as it was the 200th anniversary of Ferdinand Adolph Lange.

A three day program of which rumours were heard that it was the largest event A. Lange & Söhne organised to date. Far in excess of 200 guests (customers, suppliers and journalists) were invited and flown-in from all corners of the world.

Although the F.A. Lange 200th anniversary celebration was the major reason for the event, a very special watch was to be presented as well, the A. Lange & Söhne 1815 Tourbillon Handwerkskunst. I’ll come briefly back to the watch later on. 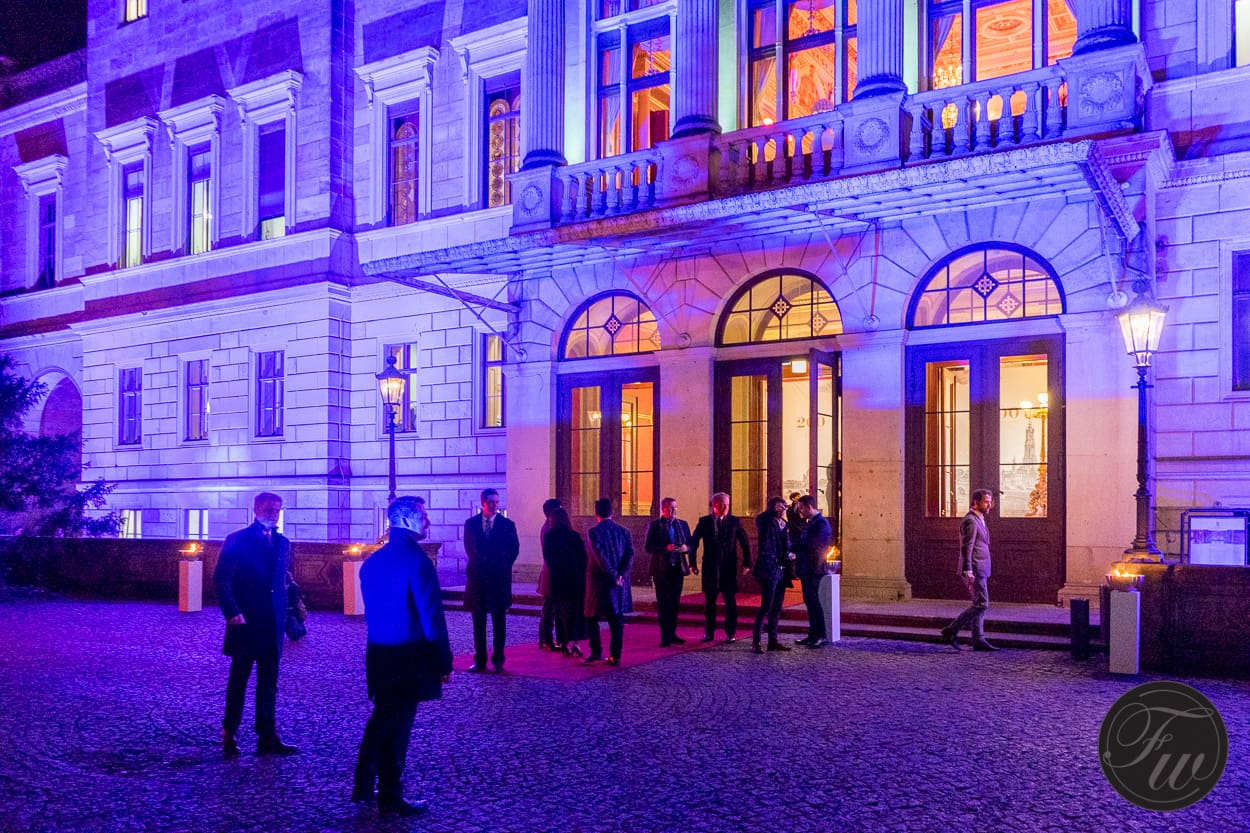 Arriving of the guests at the at the Albrechtsberg castle 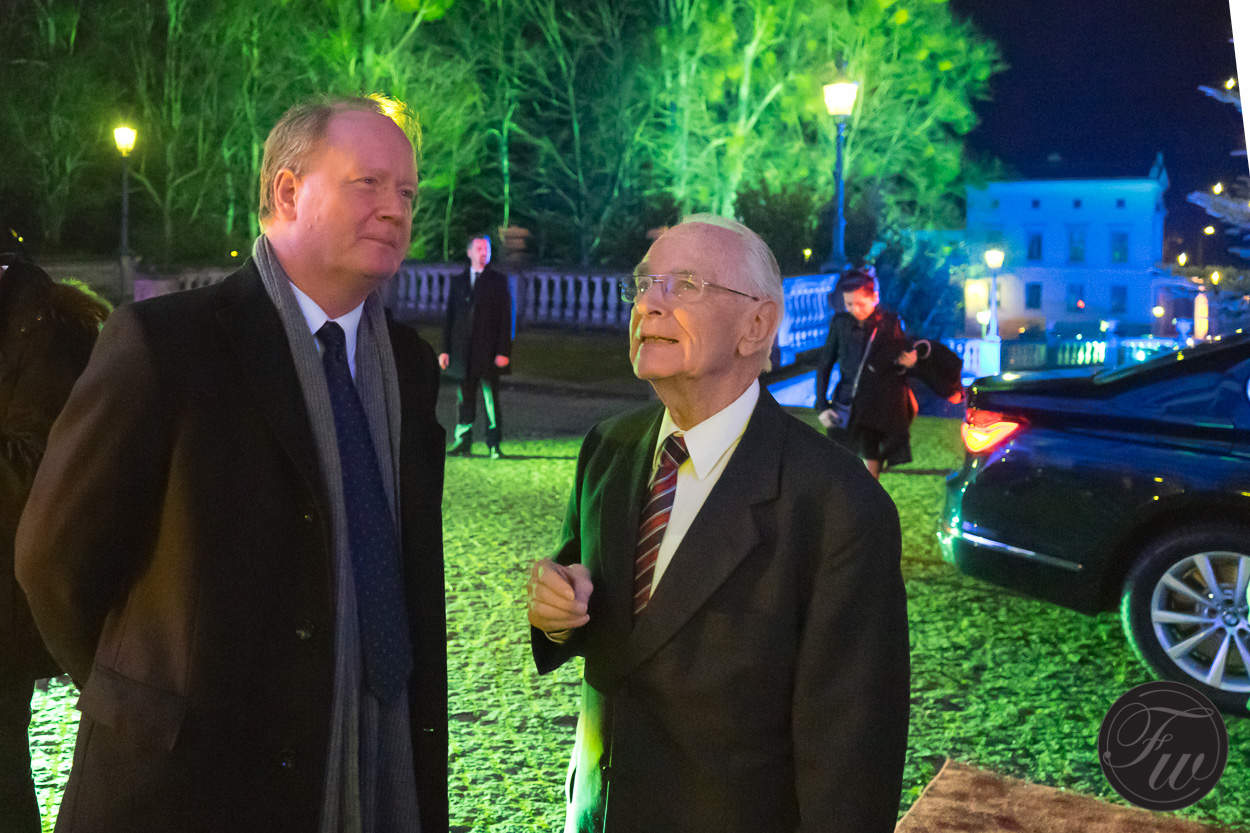 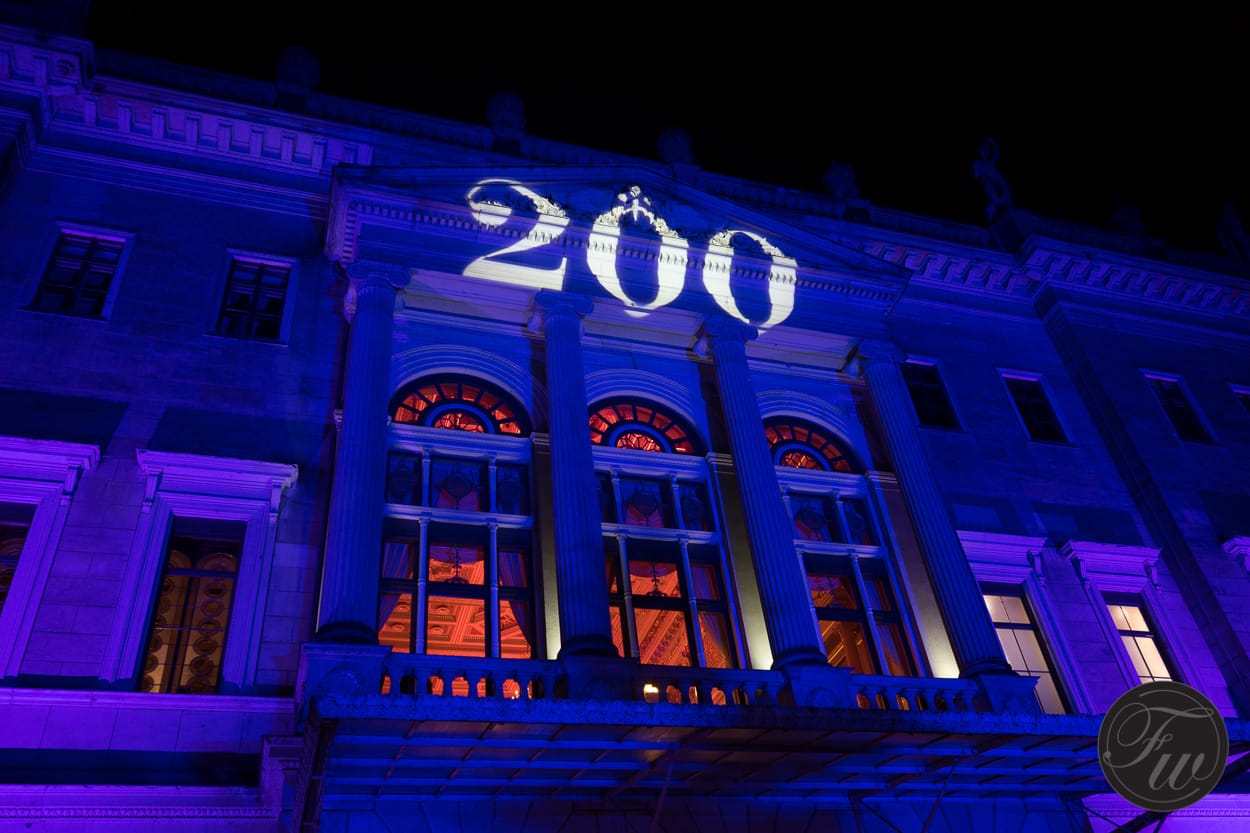 The 200th birthday sign projected at the Albrechtsberg castle

Upon arrival and a quick check-in at a hotel, the event immediately started off on Sunday evening with an informal and delicious dinner at the Albrechtsberg castle. In a beautiful environment with inspiring music and nice drinks, dinners were served in several rooms. Plenty of time and possibility to browse around. And as usual this first day ended up in the hotel bar until late. Always good to perpetuate ones relationships. 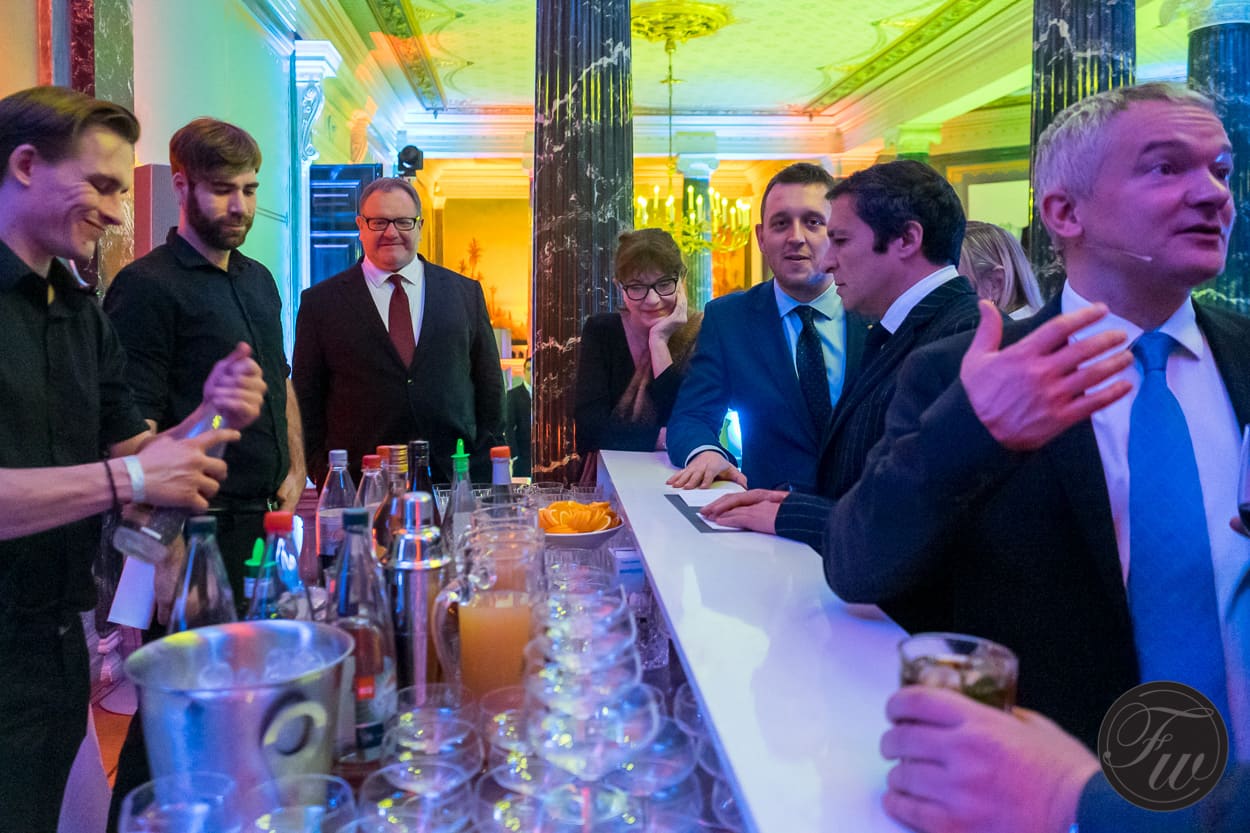 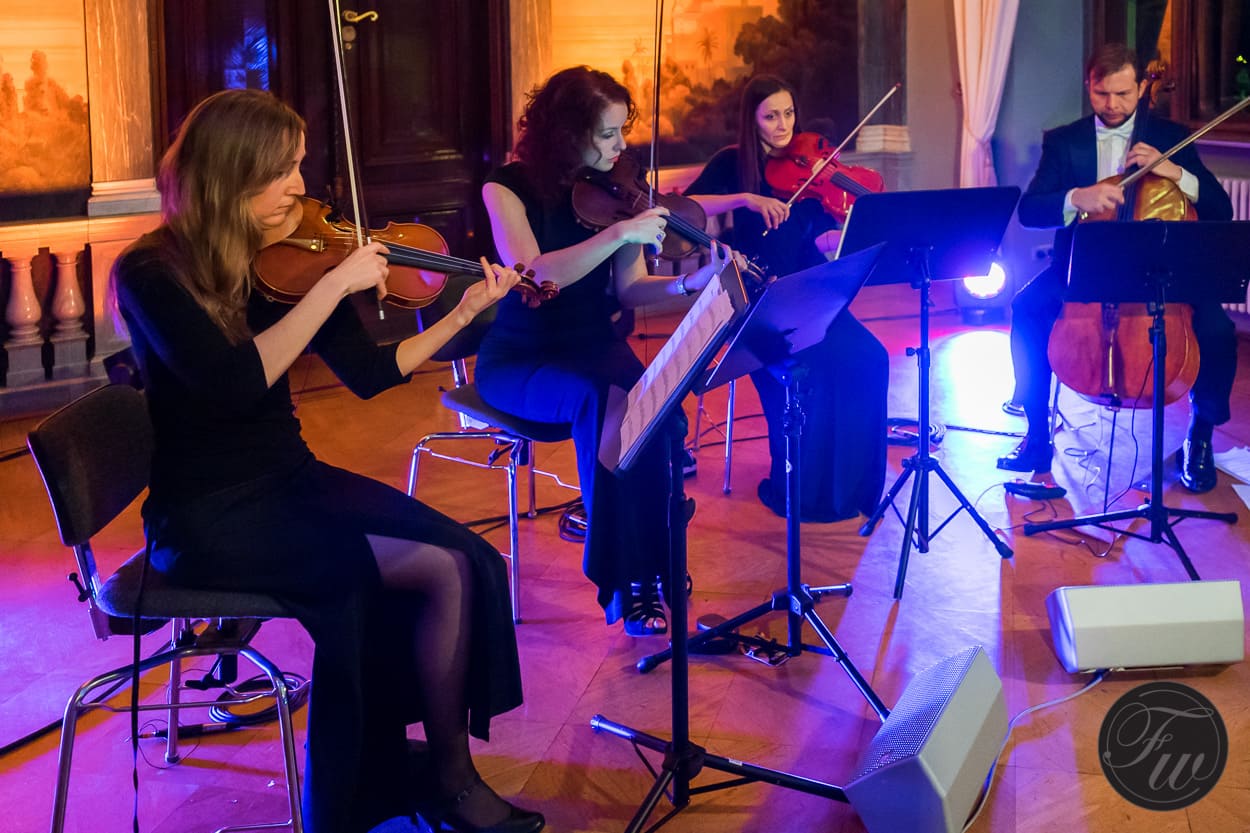 The big jubilee celebration F.A. Lange event was on Monday morning. This took place inside of the Semper Opera in Dresden. You know, that’s the opera house were the famous, and for Lange very important, digital 5 minute clock resides above the stage. We learned that this clock was designed and constructed by Johann Christian Friedrich Gutkaes and his, then 15 year old apprentice, Ferdinand Adolph Lange. 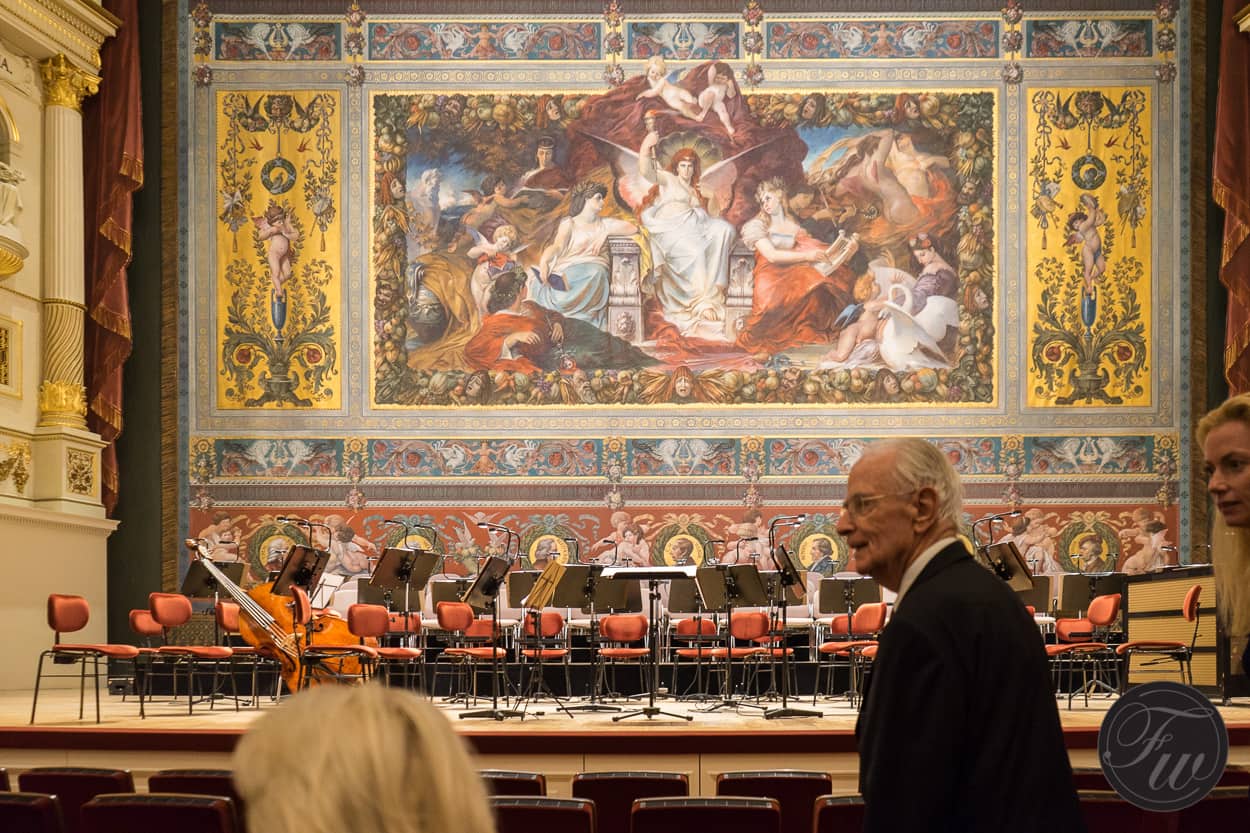 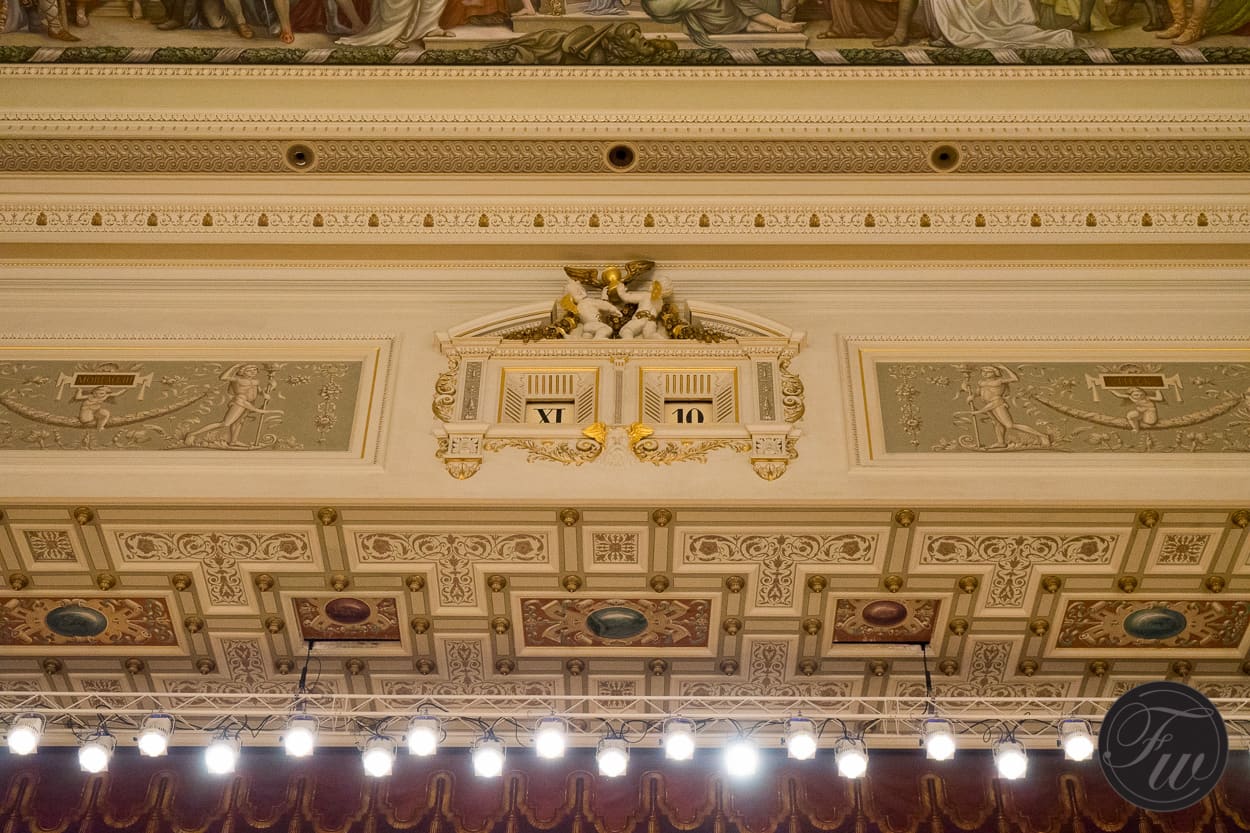 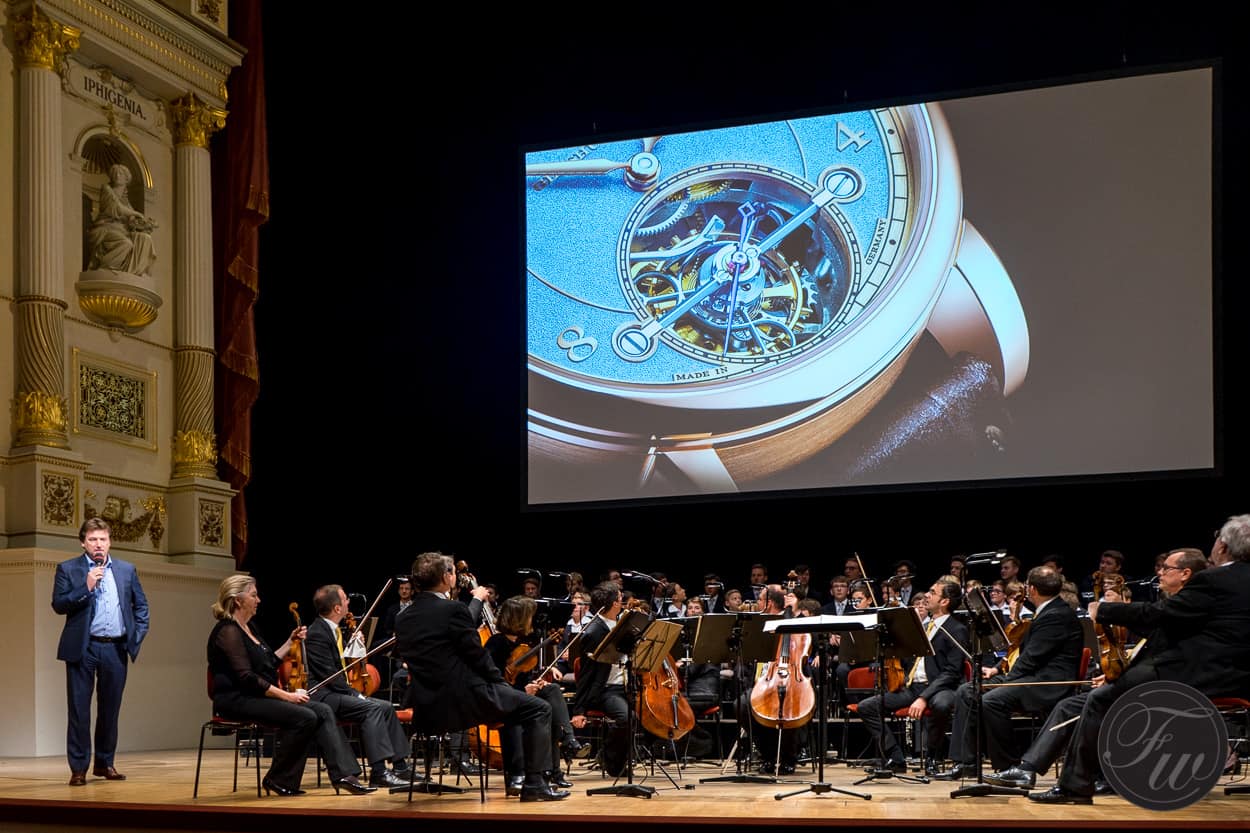 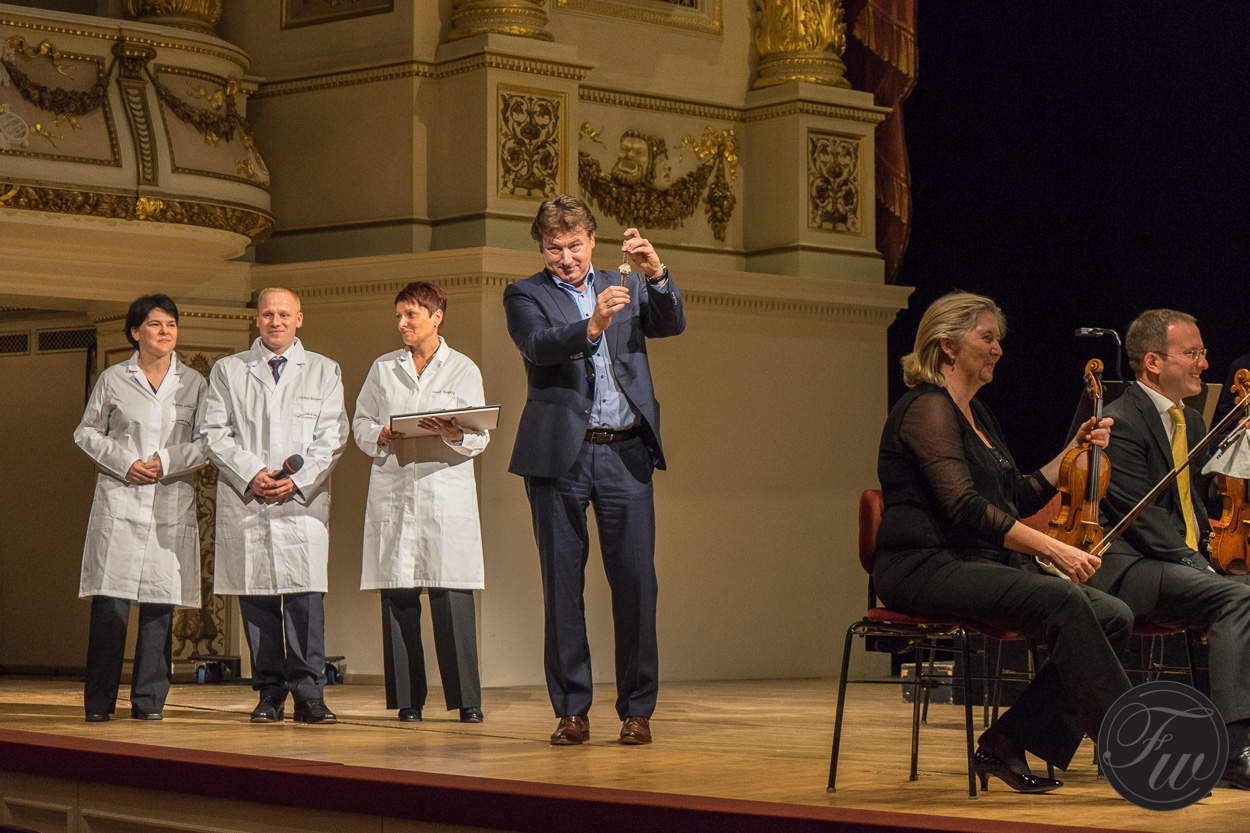 During the performance of a large orchestra and boys choir the history of the A. Lange & Söhne company was, visually supported by interesting visuals, unravelled. Hereafter A. Lange & Söhne’s Tony de Haas introduced the Lange 1815 Tourbillon Handwerkskunst, the fifth model in the Handwerkskunst series. The main and first visual attraction of the watch, besides it’s large aperture for the tourbillon of course, is the dial. The dial has a greyish quite raw finish, which finishing art goes with the name ‘tremblage’. A beautiful combination with the rose gold if you’d ask me. 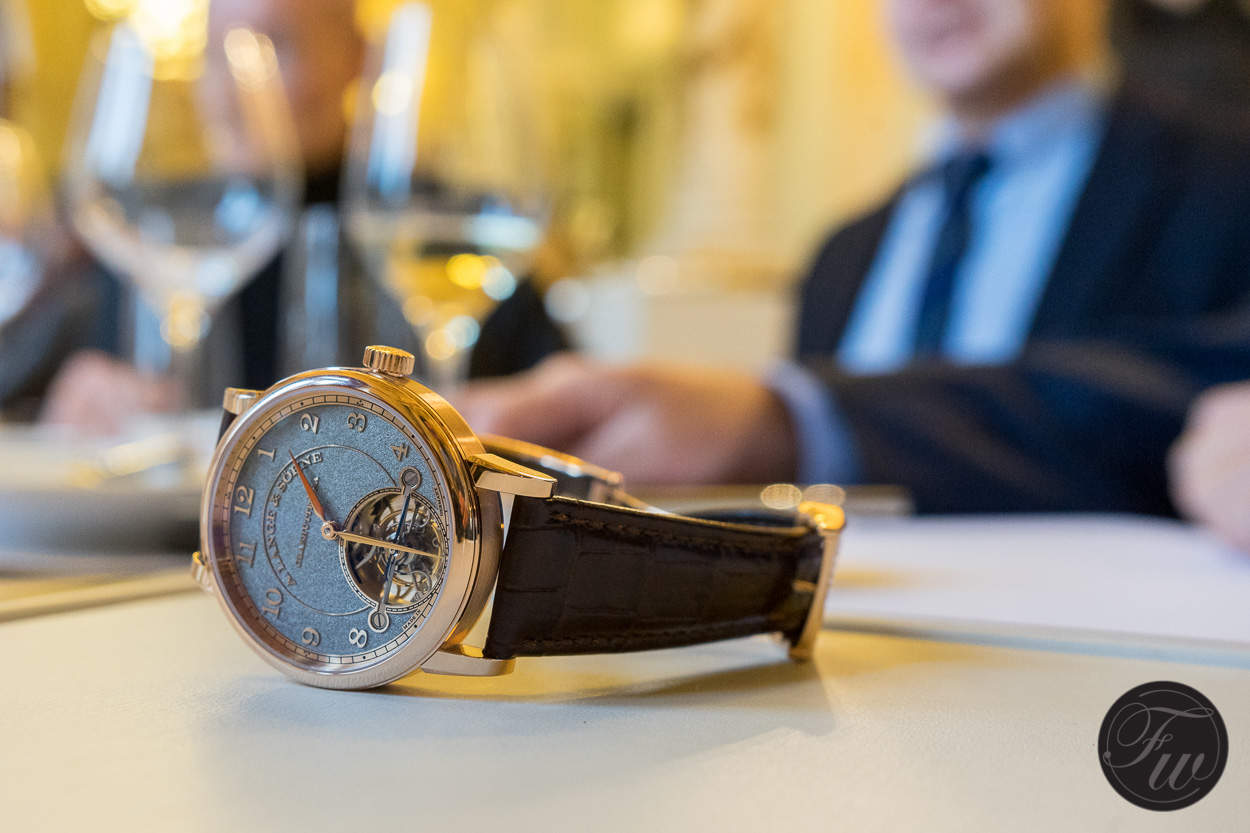 The dial of the 1815 Tourbillon Handwerkskunst

The watch measures 39,5 mm in diameter and has a thickness of 11,1 mm. The 21.600/h L 102.1 calibre has 72 hour power reserve, and can be found in the more regular version of the 1815 Tourbillon as well. It features the stop-seconds mechanism and the reset to zero functionality. However the 3/4 base plate did undergo quite some visual changes to show more of the movement, as did the tourbillon bridge which is now much more openworked. I’m sure I forget to mention some changed details here, however as a last point I would like to mention a number of the internal wheels which sport different shapes of spokes in this Handwerkskunst edition, and which are more meticulously finished. 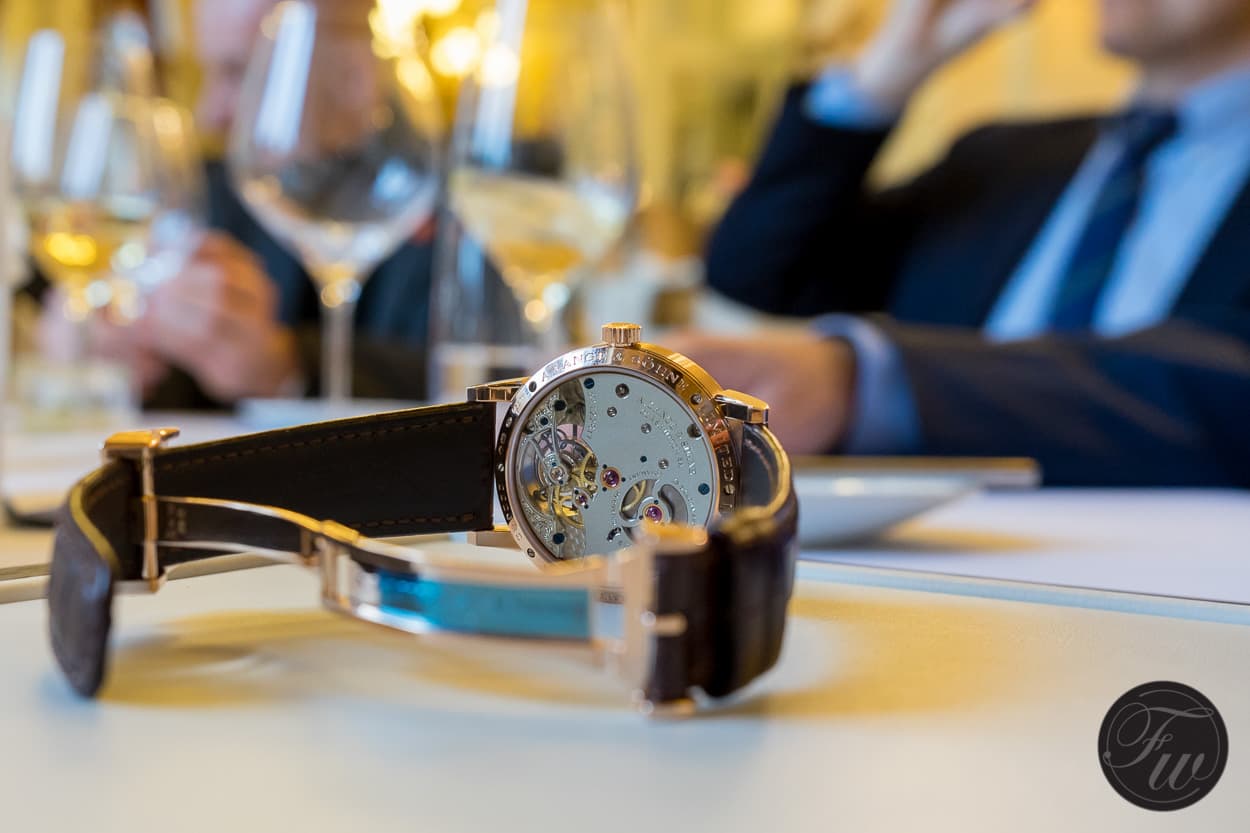 The reworked 3/4 plate of the 1815 Tourbillon Handwerkskunst

The Lange 1815 Tourbillon Handwerkskunst will be limited to 30 pieces which will be available through the A. Lange & Söhne Boutiques (only) at a price of around € 180.000,=. At the time of reading this you might very well be too late anyhow… 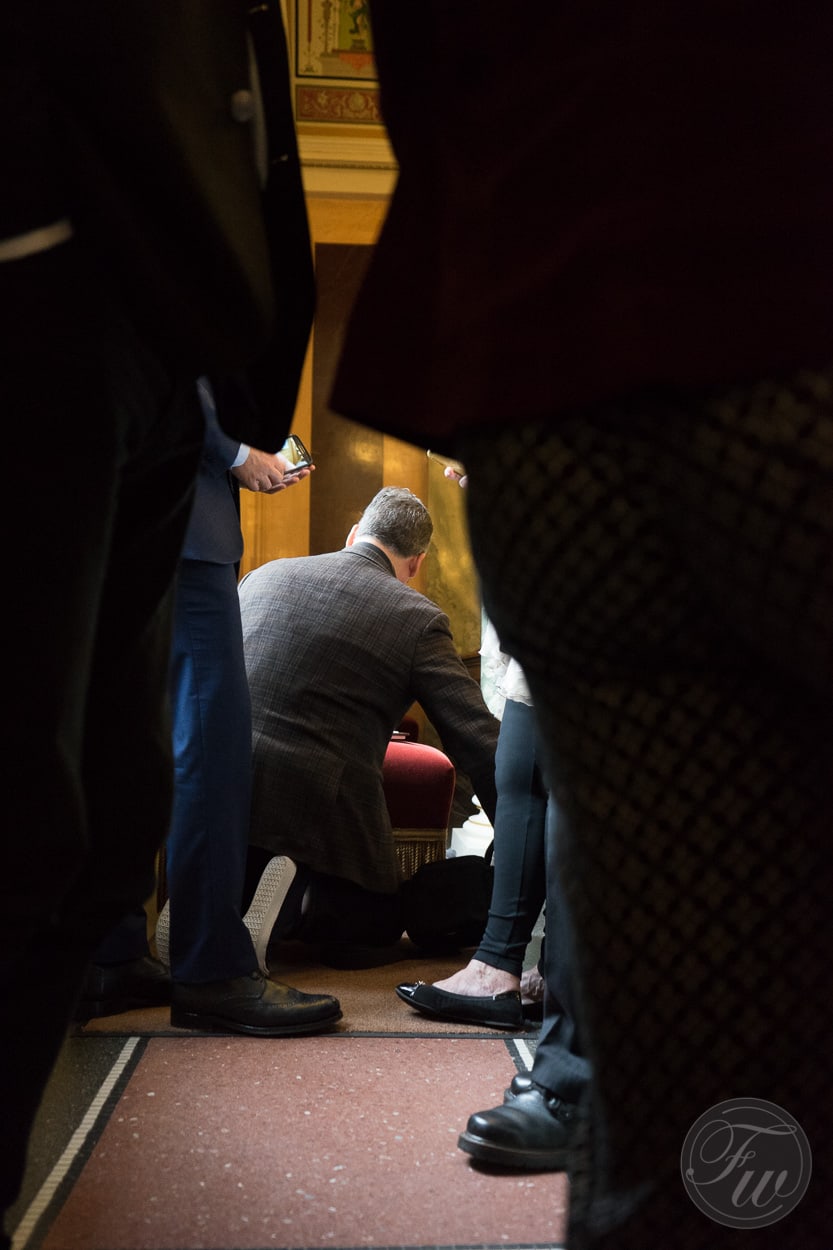 The challenge of getting a glimpse of the real watch 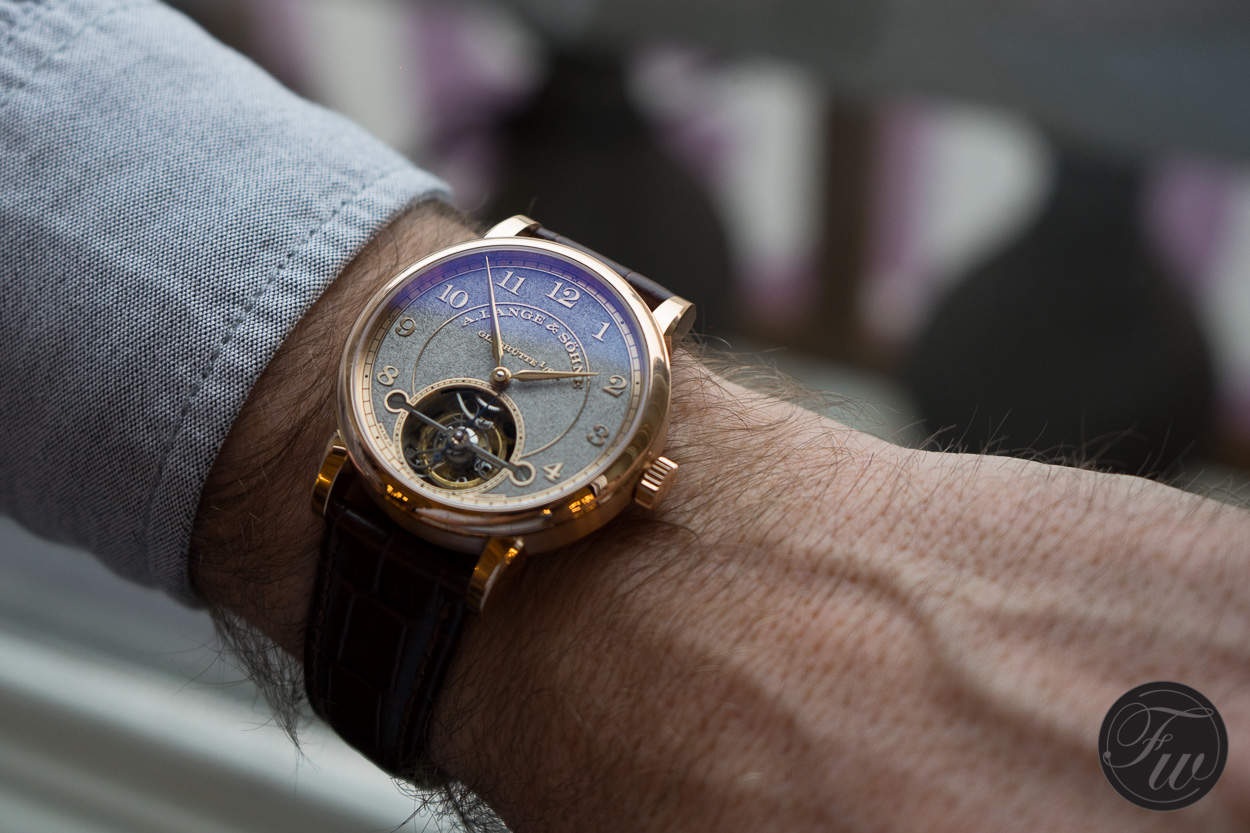 On with the F.A. Lange celebration event. During the lunch in the Semper Opera, following the introduction of the 1815 Tourbillon Handwerkskunst, there was opportunity to have a personal closer look at the watch. You’ll understand that with so many guests this was quite a challenge in which I only partly succeeded. I’m sure however you’ll be able to find more and better pictures on the Internet within short. Please look at the pictures in this article as meant as a quick introduction to the watch. 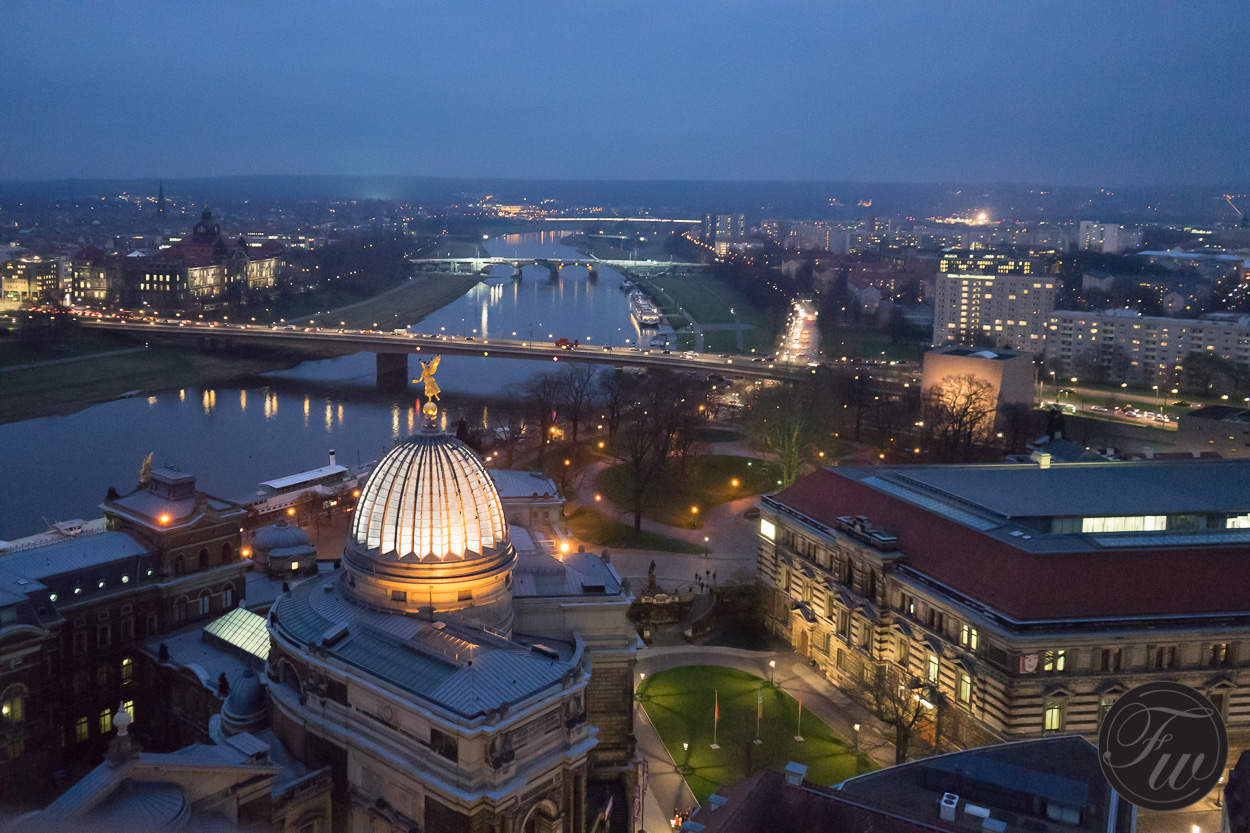 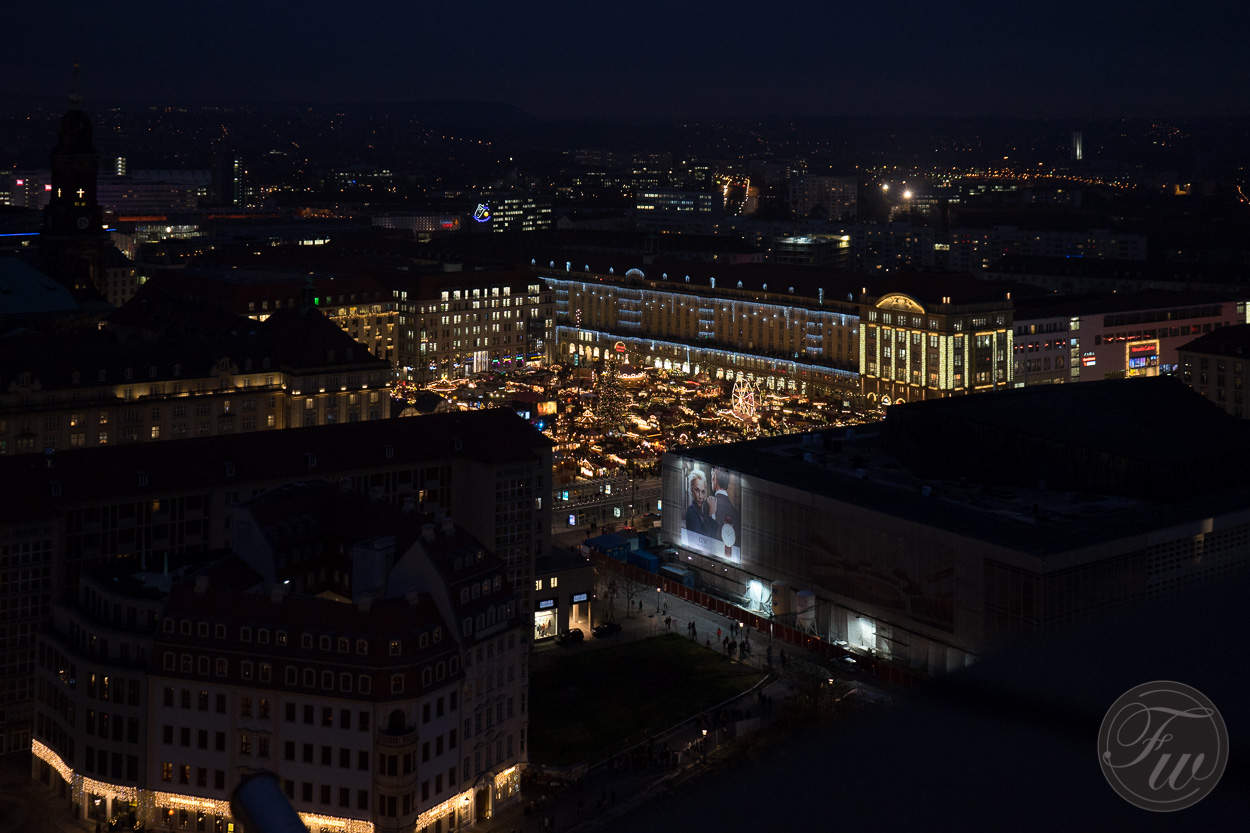 A cultural afternoon option program followed, where I opted for ‘Dresden from above’. An informative stroll through the ‘Altstadt’ of Dresden, which learned us that in fact the whole of the Altstadt in fact is a Neustadt. All historically looking buildings we’re rebuild not long ago, after being destroyed in WWII. The tour ended with a climb of the Frauenkirche which indeed gave a beautiful panorama of ‘Dresden from above’. 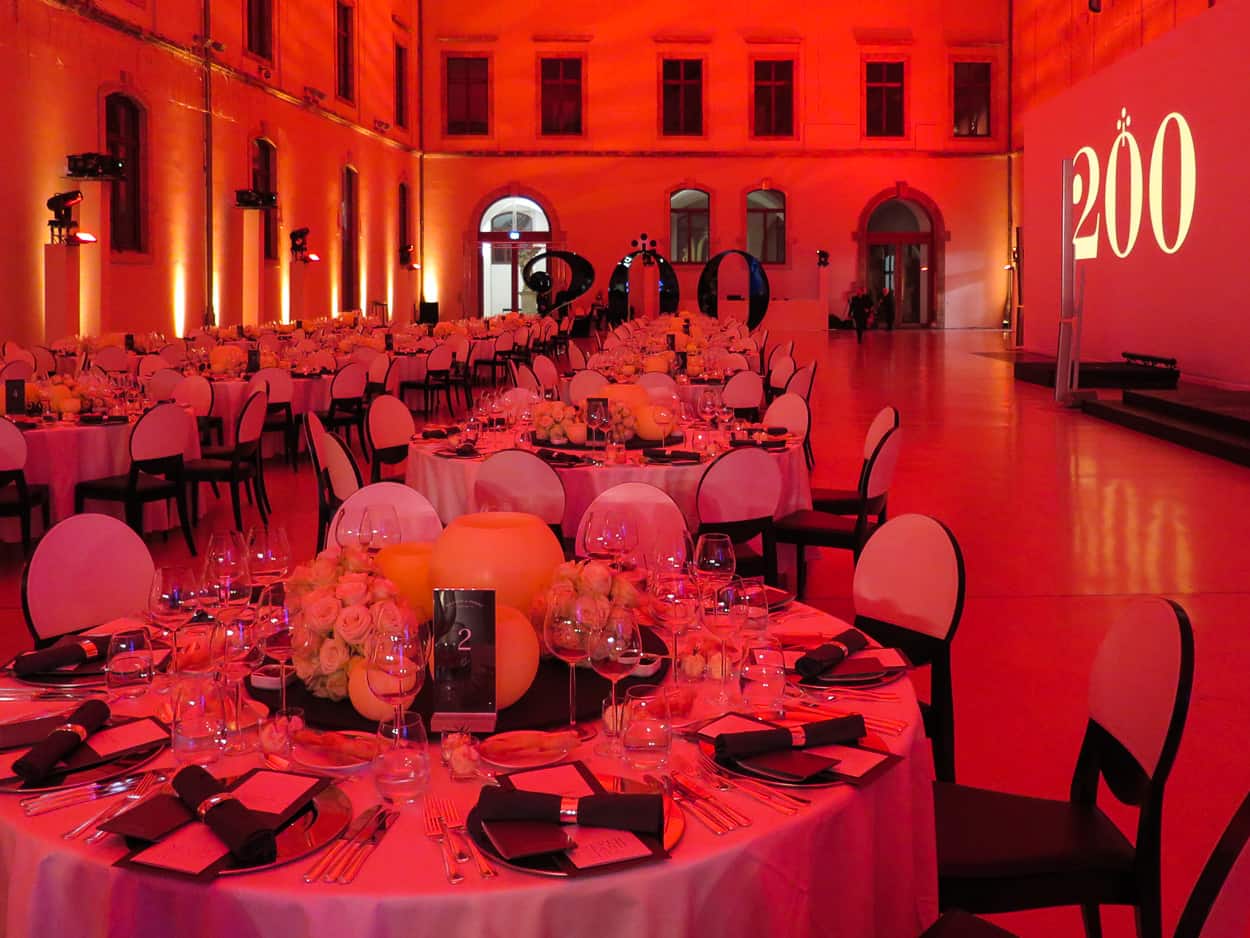 The dinner at the Albertinum 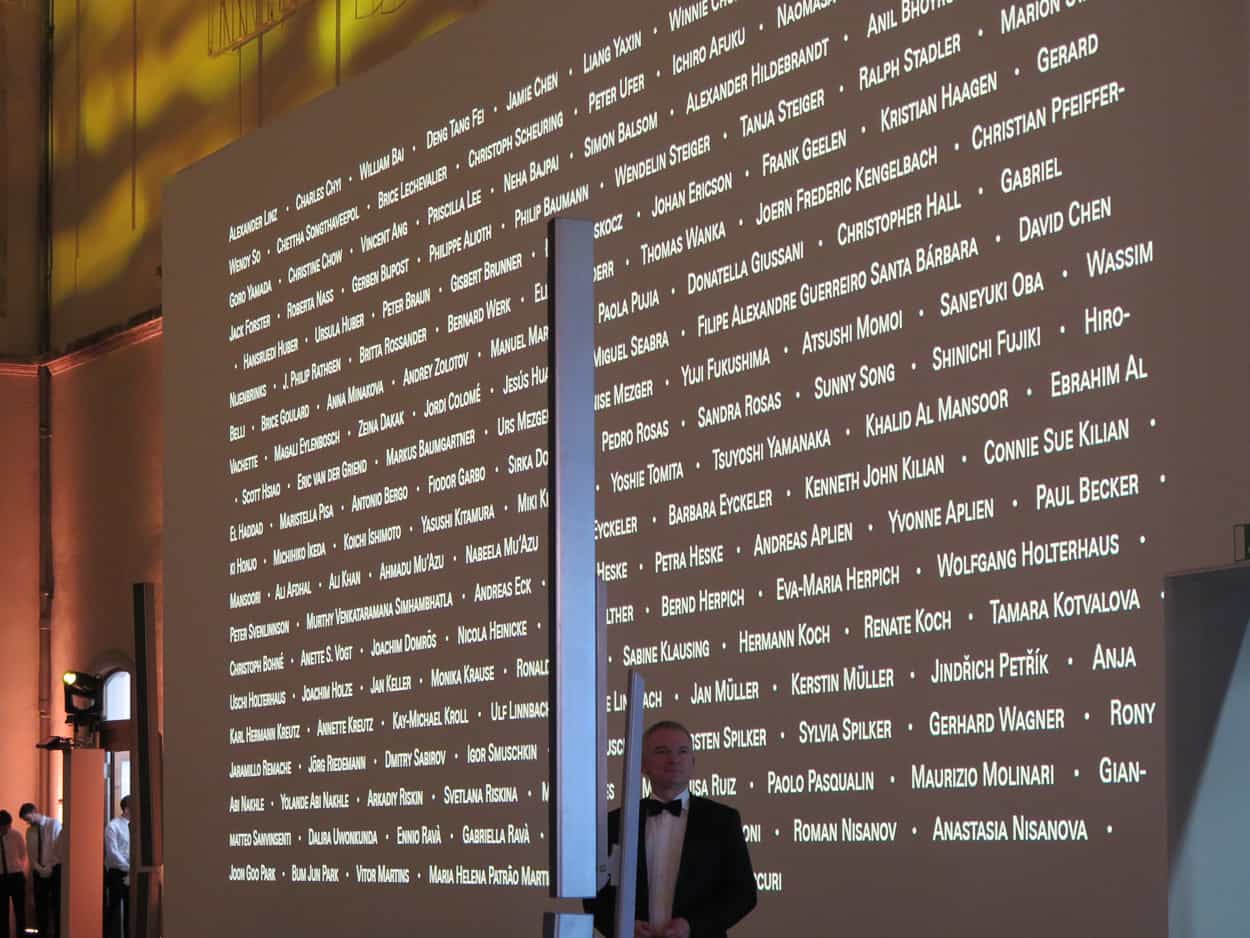 All guests names projected on the wall

The day ended with a marvellous cocktail and gala dinner in the Albertinum. During this dinner the young watchmaker Reima Koivukoski from Finland was announced winner of the F.A. Lange Watchmaking Excellence Award 2015. His solution for a calendar week indication construction was the best over his 7 opponents. Towards the end of the evening a sand artist performed a show, painting in sand the 200 year history of F.A. Lange on music. 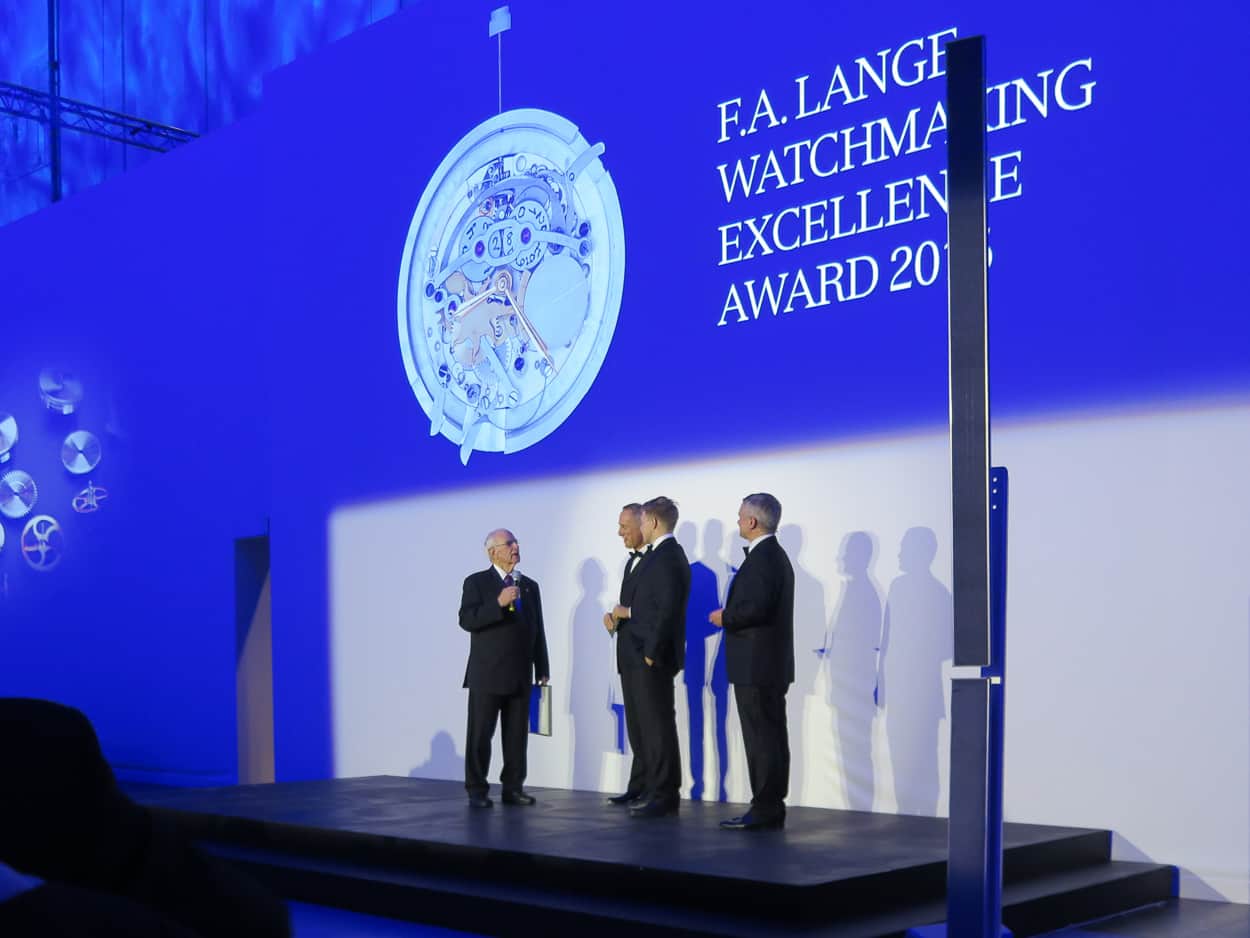 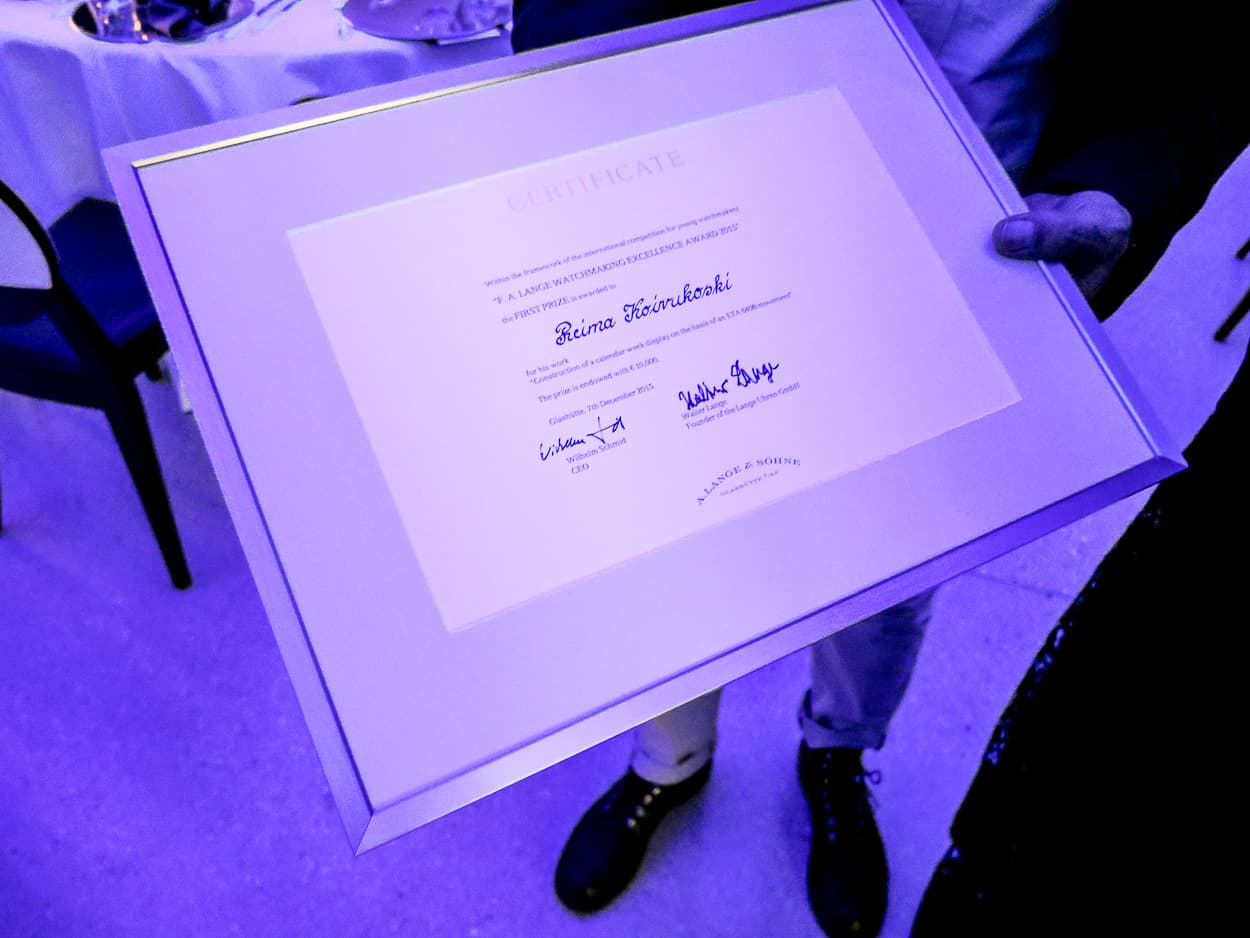 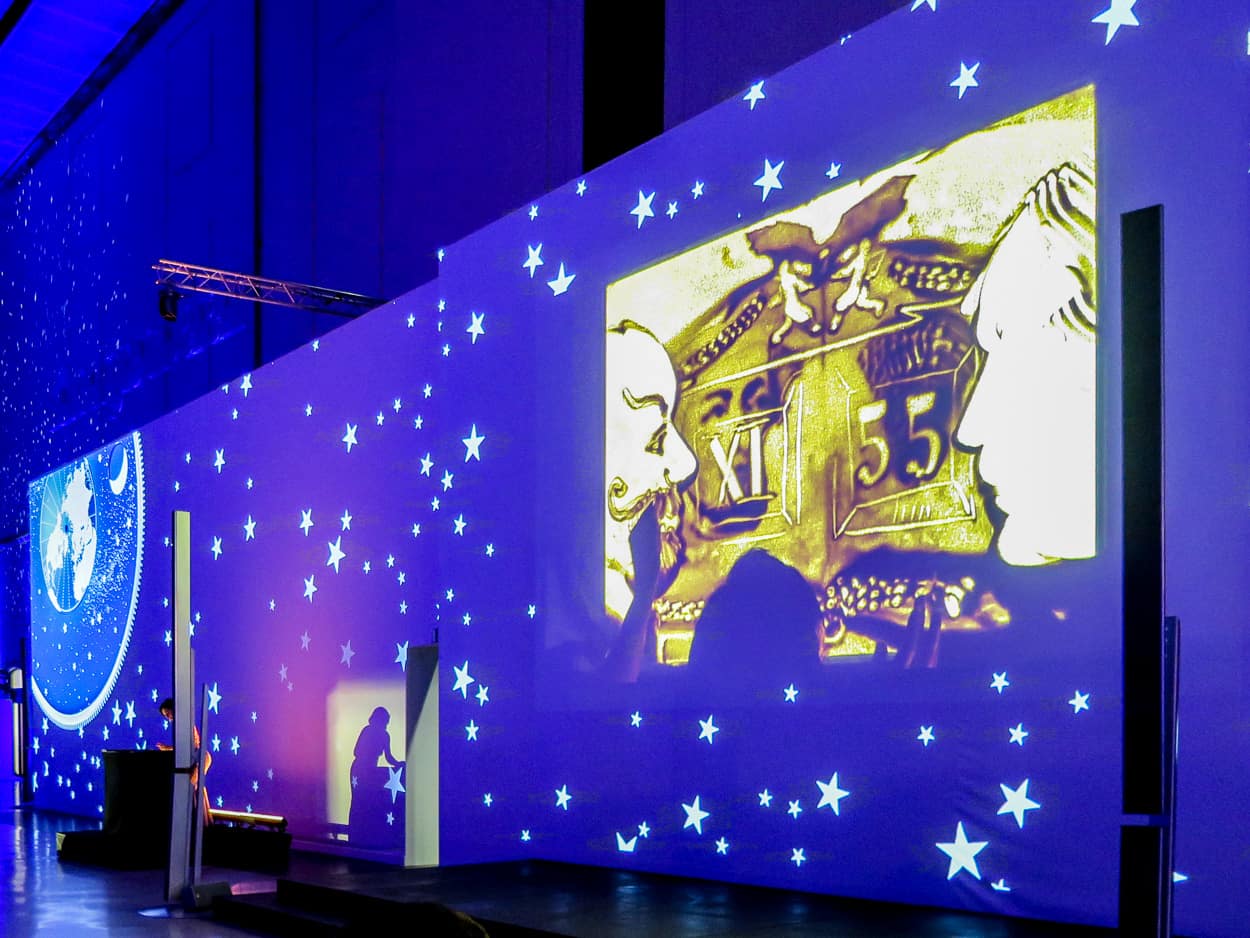 The a sand artist painting in sand the 200 year history of F.A. Lange

Quite early the next morning there was an optional tour to the new Lange factory in Glasshütte. Not all of the guests could make this, unfortunately I was one of them. Ending my trip report here, I would like to thank A. Lange & Söhne for the invitation to celebrate the 200th anniversary of F.A. Lange with them. Much appreciated and an event which won’t be easily forgotten.

The 200-the birthday sign projected at the Albrechtsberg castle

Hot Topics
Theft And The Fear Of Watch Ownership: When Watch Collecting And Crime Both Increase
119 comments
Fratello Top Tip: A Cartier Watch Does Everything A Rolex Does
109 comments
Hands-On: The New Omega CK 859 — A Manual-Wind Master Chronometer With 1930s Flair
74 comments
Hands-On With The Omega Aqua Terra 38mm — A Capable Do-It-All Powerhouse
56 comments
Watch Market Update: Calm Down, Your Beloved Watches Are Not Plummeting In Value
47 comments
Popular
A Question From A Reader: “Which Modern Speedmaster Is Closest To The Original Moonwatch?”
Robert-Jan Broer
13
Rolex Submariner Hulk versus Seiko SLA019 : Shades of Green
Michael Stockton
25
New Hamilton Intra-Matic Auto Chrono – An Introduction (with live pictures)
Balazs Ferenczi
11