The brand invites Fratello and RedBar to lend a hand in beach cleanups in the UK, the Netherlands, and worldwide
Ben Hodges
comments 9
Share

As part of its Change for the Better campaign, Oris invites enthusiastic collectors to participate in cleanup events across the globe. Armed with litter pickers, high-vis vests, latex gloves, and Oris caps, many watch fans descend to their local beaches to rid them of waste. Litter is an unfortunate fact of life, and a few hours over a weekend won’t greatly reduce the overall impact. But spending that time with a group of like-minded conservationists allows us to reflect on our influence on ocean pollution. Last weekend, members of Fratello in the Netherlands headed to Scheveningen beach, and I joined the RedBar Southeast chapter at Brighton Beach.

As part of the campaign in the UK, RedBar Southeast organized its members to join the local cleanup in Brighton. Situated on the UK’s south coast, Brighton is a bohemian city regularly visited by Londoners on weekends. As such, the Oris London Boutique hosted the RedBar members in the Old Ship Hotel overlooking Brighton Pier. Members were encouraged to arrive via public transport to reduce the congestion due to the event. Luckily, planned rail strikes were called off before the weekend to show condolences for the loss of Queen Elizabeth II. As the event kicked off, I received my personal protective equipment (PPE) and was on my way. Splitting into groups of five, each team had a particular type of litter to focus on — plastics, paper, bottles, glass, and miscellaneous. 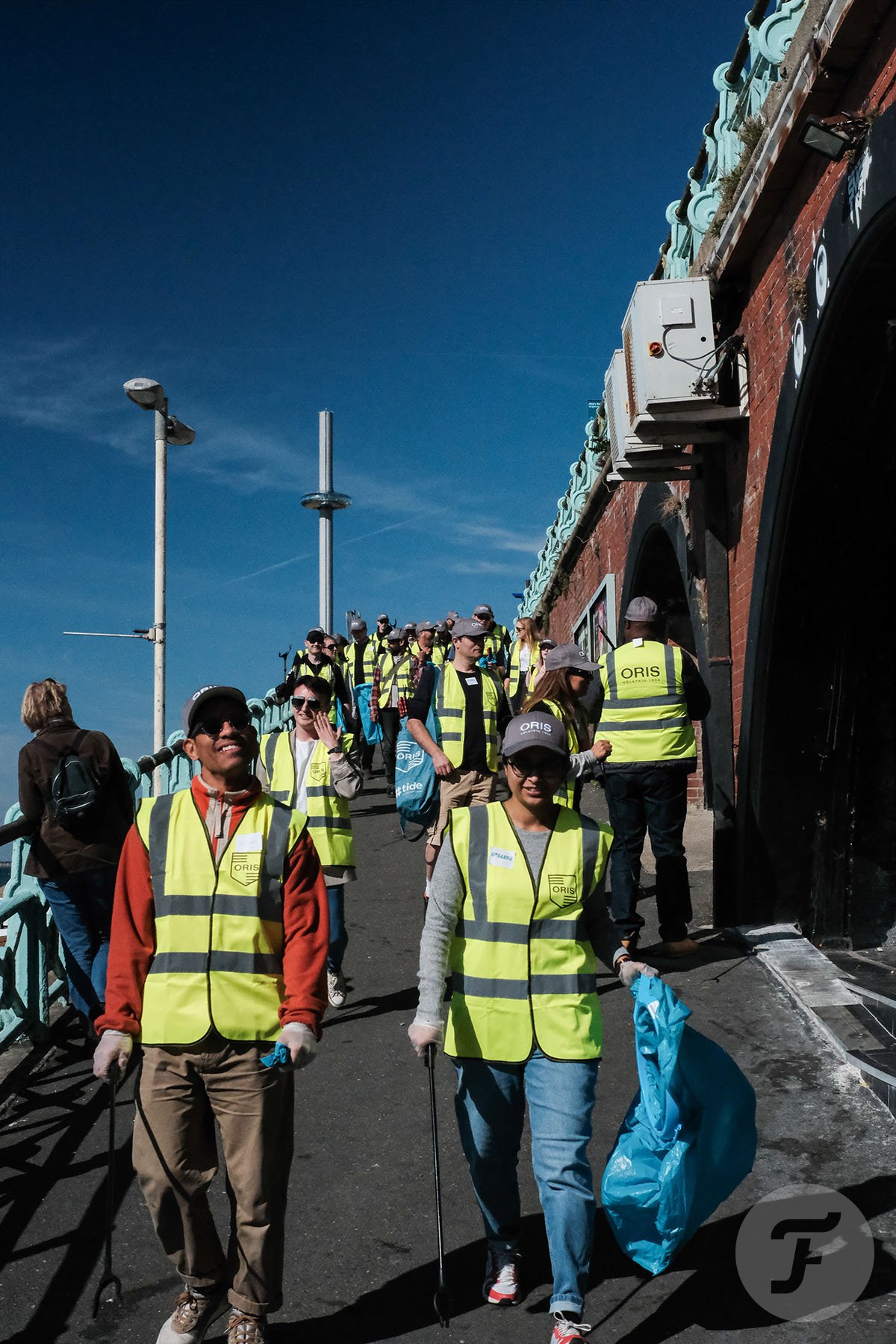 My group was tasked with the miscellaneous duty as we scoured the beach for discarded items. Initially, locating trash was challenging because many pieces blended in with the pebbles. It was also apparent that the Brighton & Hove City Council spent time cleaning the beaches early in the mornings after the night crowds had dissipated. However, after a while, I retrained my eyes to spot rubbish. Suddenly, champagne corks stood out among the similarly colored pebbles. I also came across lighters, food packets, fishing lines, foam rubber, and a few organic materials. Feathers and shells were left alone as nature will decompose these organically. But it’s the non-biodegradable artificial plastics that wash into the sea and affect marine life that the group targets. 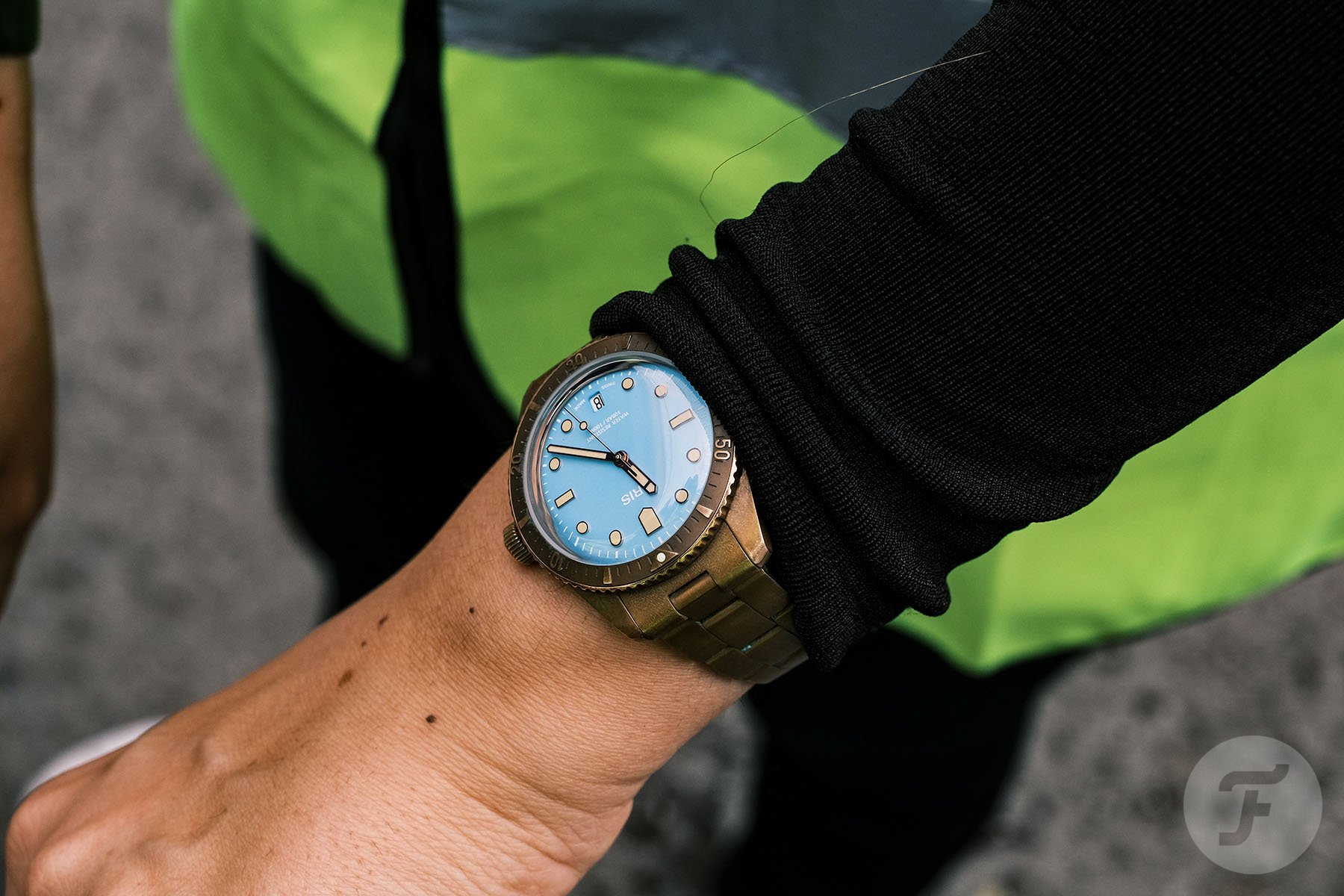 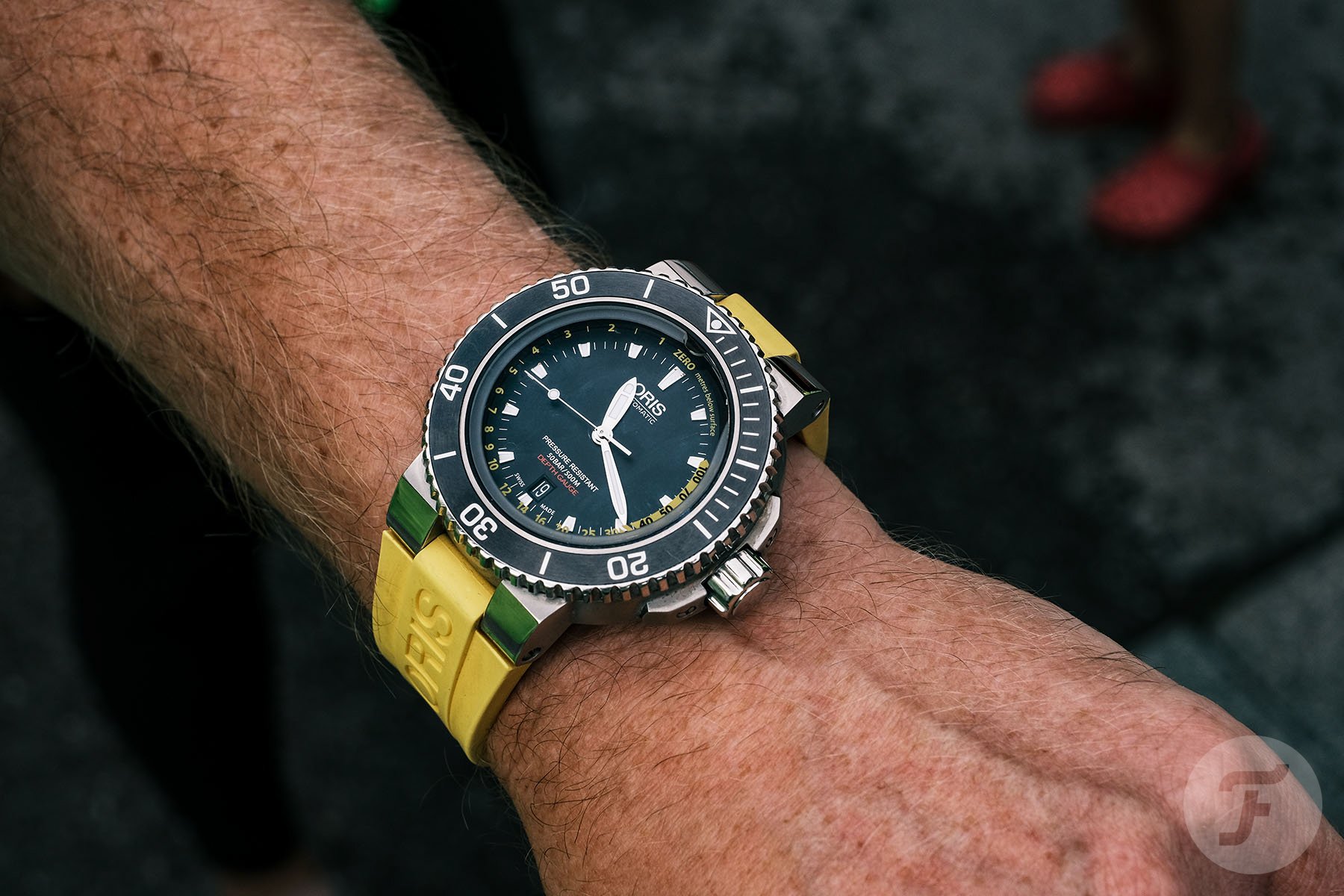 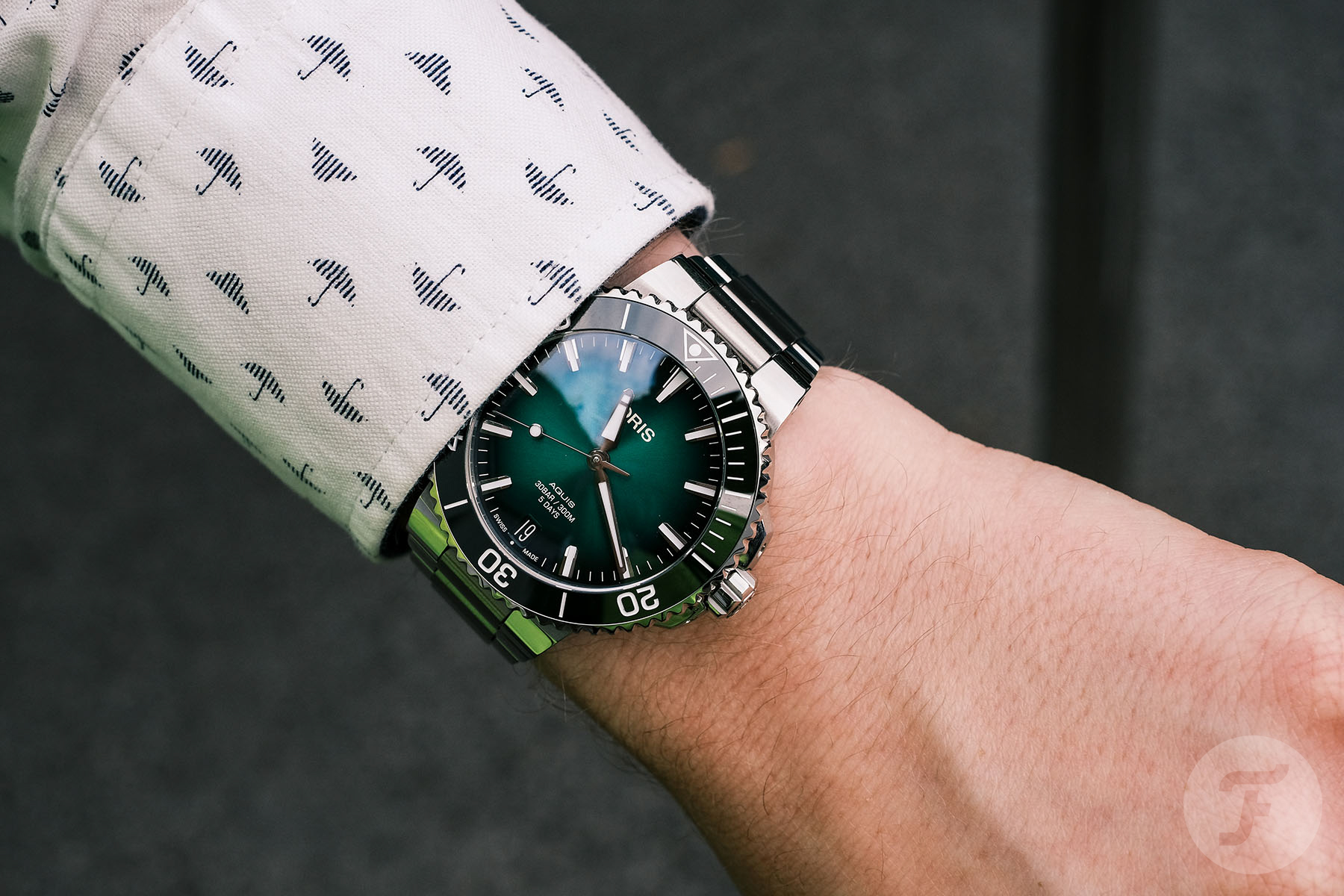 After an hour, a good amount was collected and safely disposed of. Many onlookers took interest in our activities, which also assists with building awareness. Oris then provided lunch with a presentation on its sustainability goals. While the new watches were showcased as part of the presentation, none were for sale as the focus was on the Change for the Better campaign. That didn’t stop collectors from bringing along their prized Oris pieces, with a nice variety on display. On the other side of the North Sea in The Hague, five Fratello members participated in the cleanup on Scheveningen beach. 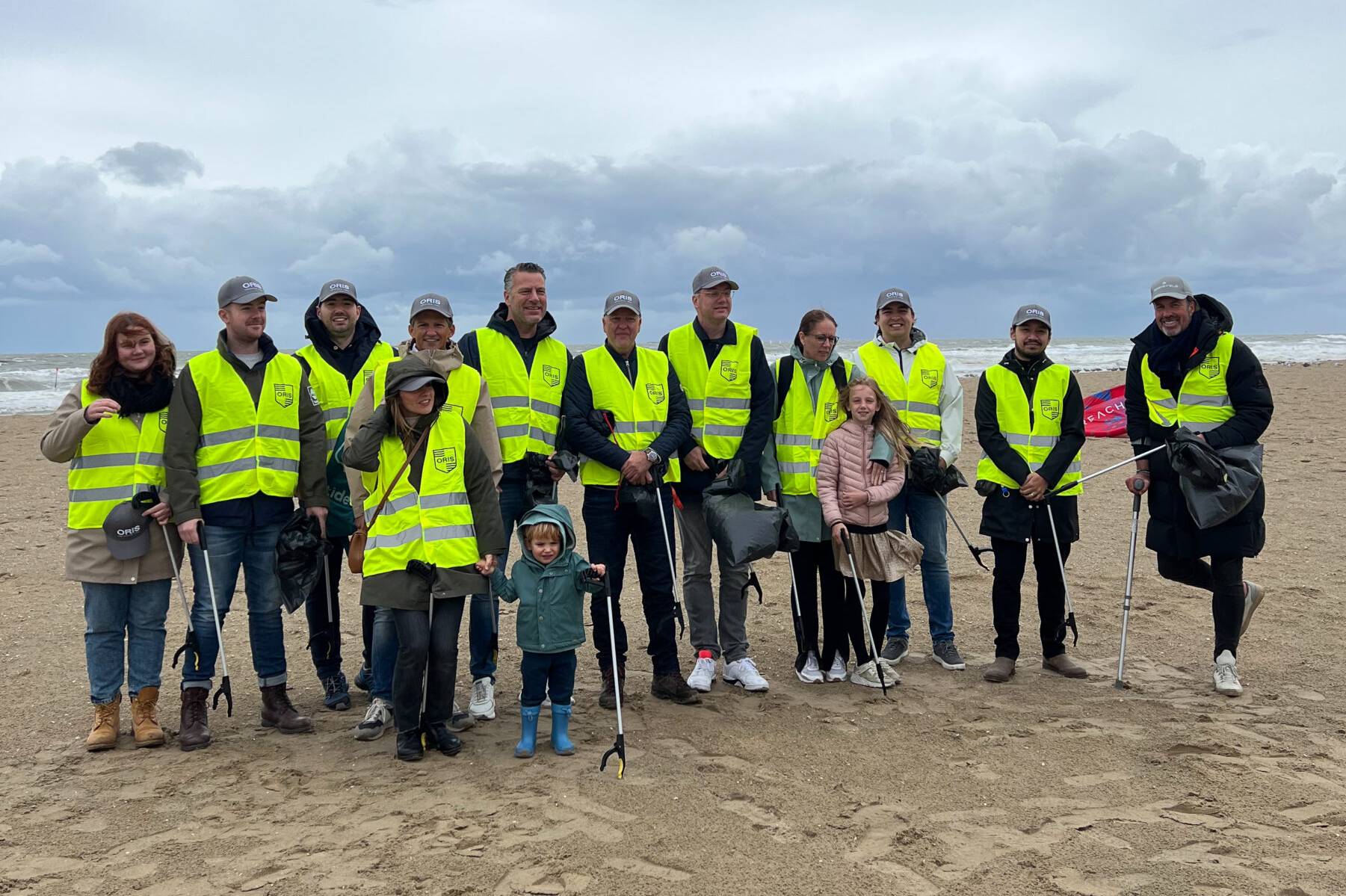 Fratello cleans up in The Hague

Starting out at the Waterreus restaurant, 20 people headed to the coastline to sweep for trash. It was a cold, windy day with storms brewing in the background. Luckily, the rain held off during the time spent on the beach as two groups collected all the rubbish. In the space of two hours, the groups had filled about 10 full bags of trash to dispose of. World Cleanup Day 2022 took place worldwide with many volunteers, governments, and organizations tackling the global waste problem and helping to build up a new and sustainable world. I found the experience quite cathartic and a great way to relieve stress while spending time outdoors. 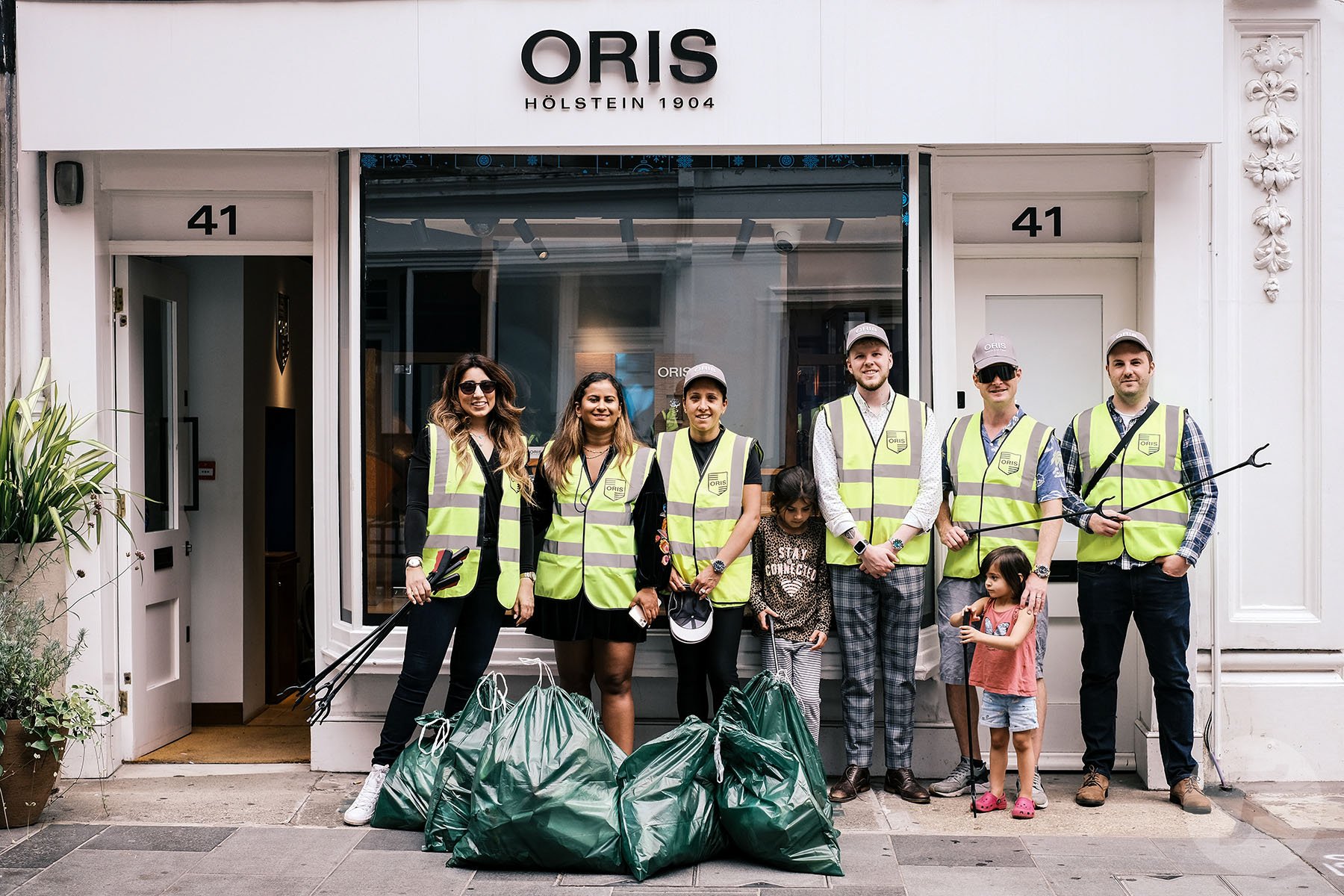 Outside the Oris London Boutique

Oris Change for the Better

“We’ve been working on Change for the Better for a number of years and we’ve got to a point where bringing that change — in nature, in our communities, in our lives — is no longer a mission statement, it’s an attitude.

In 2021, we announced that, through ClimatePartner, we had offset our carbon emissions as part of a far-reaching, global sustainability programme to bring Change for the Better.

When we run Clean-Up Days that take us out into our communities, or workshops that draw people together round a table to share ideas and support one another in bringing positive change, people turn up. To formalise this attitude and our activities, we encourage our teams to think of themselves as “Changemakers” and invite them to take part in Change for the Better Days.”

If you’d like more information on the brand’s environmental efforts, the Oris Sustainability Report 2022 is available here. 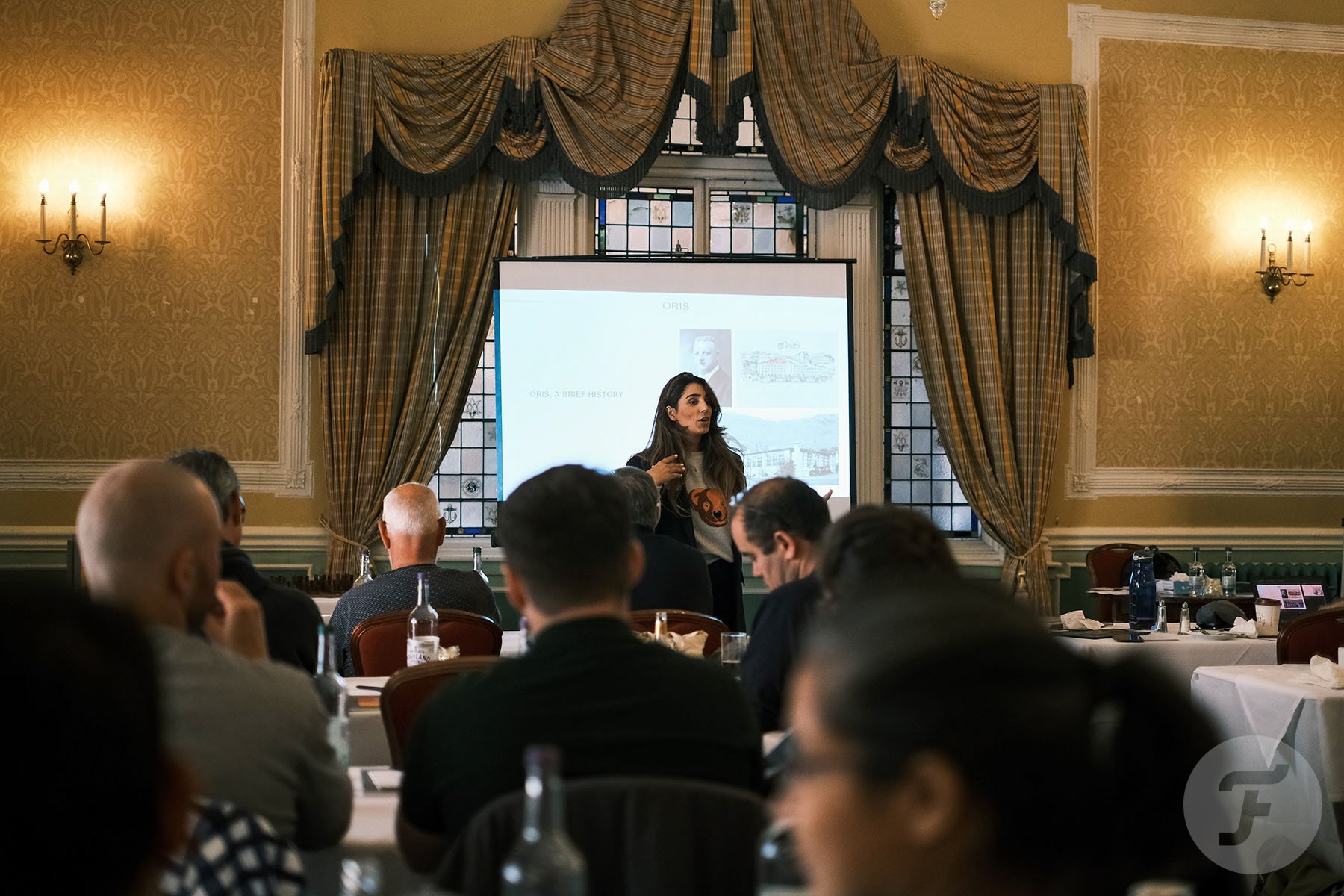 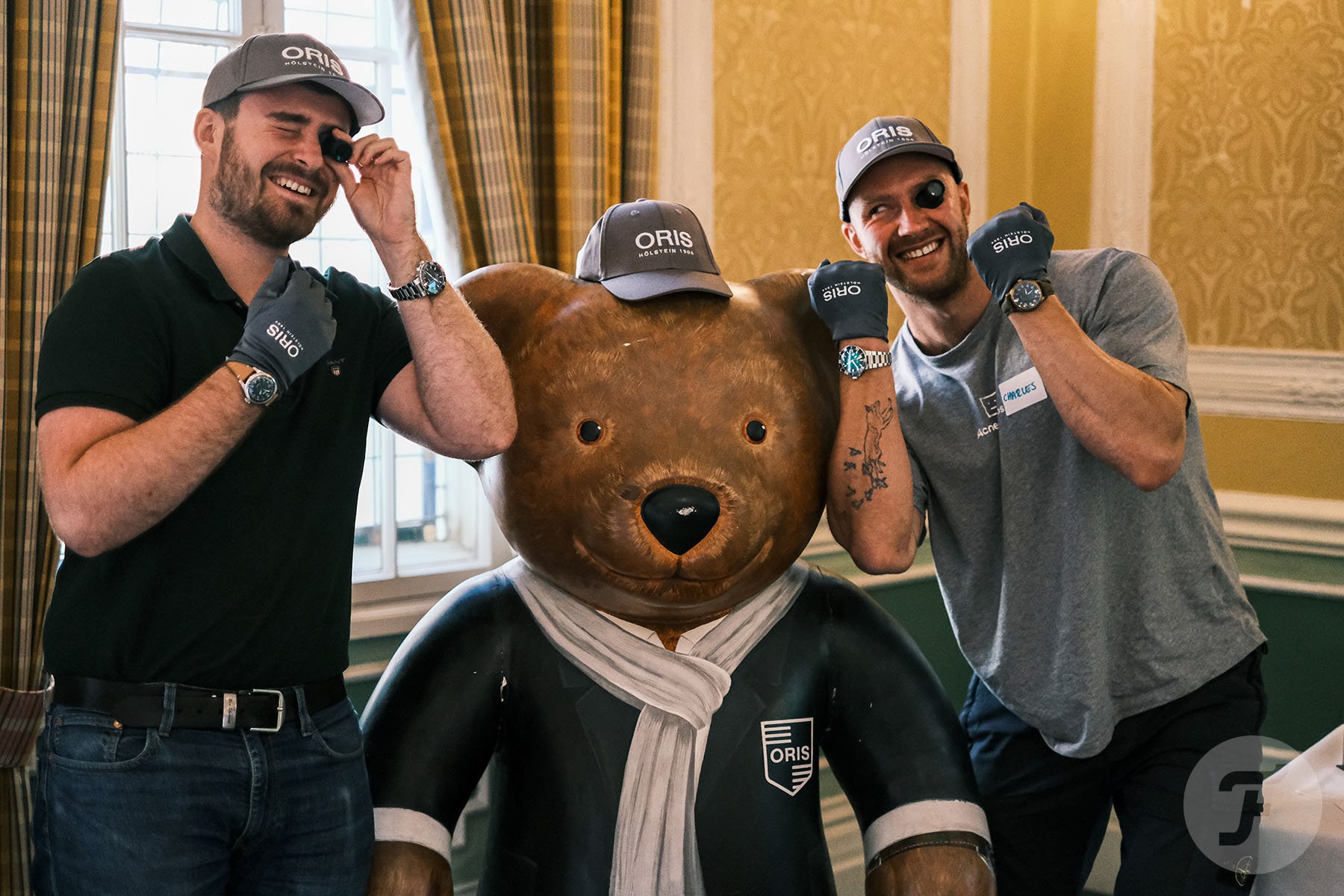 Tom and Charles with the Oris Bear

What Oris has done as part of its Change for the Better campaign goes further than the obvious environmental benefits. Until recently, watch brands held champagne-and-canapé evenings for collectors and enthusiasts. While this is still the case, Oris has inspired a new wave of enthusiasm among collectors willing to get their hands dirty to support good causes. If you’re interested in signing up for these events next time, head to My.Oris.ch to find your local Oris Social Club branch on Facebook and Instagram. The social groups will keep you updated on events such as the cleanups. It’s also worth locating your local RedBar chapter, which works with brands to organize many occasions to involve people and share these moments. For now, enjoy the photos from Scheveningen below. 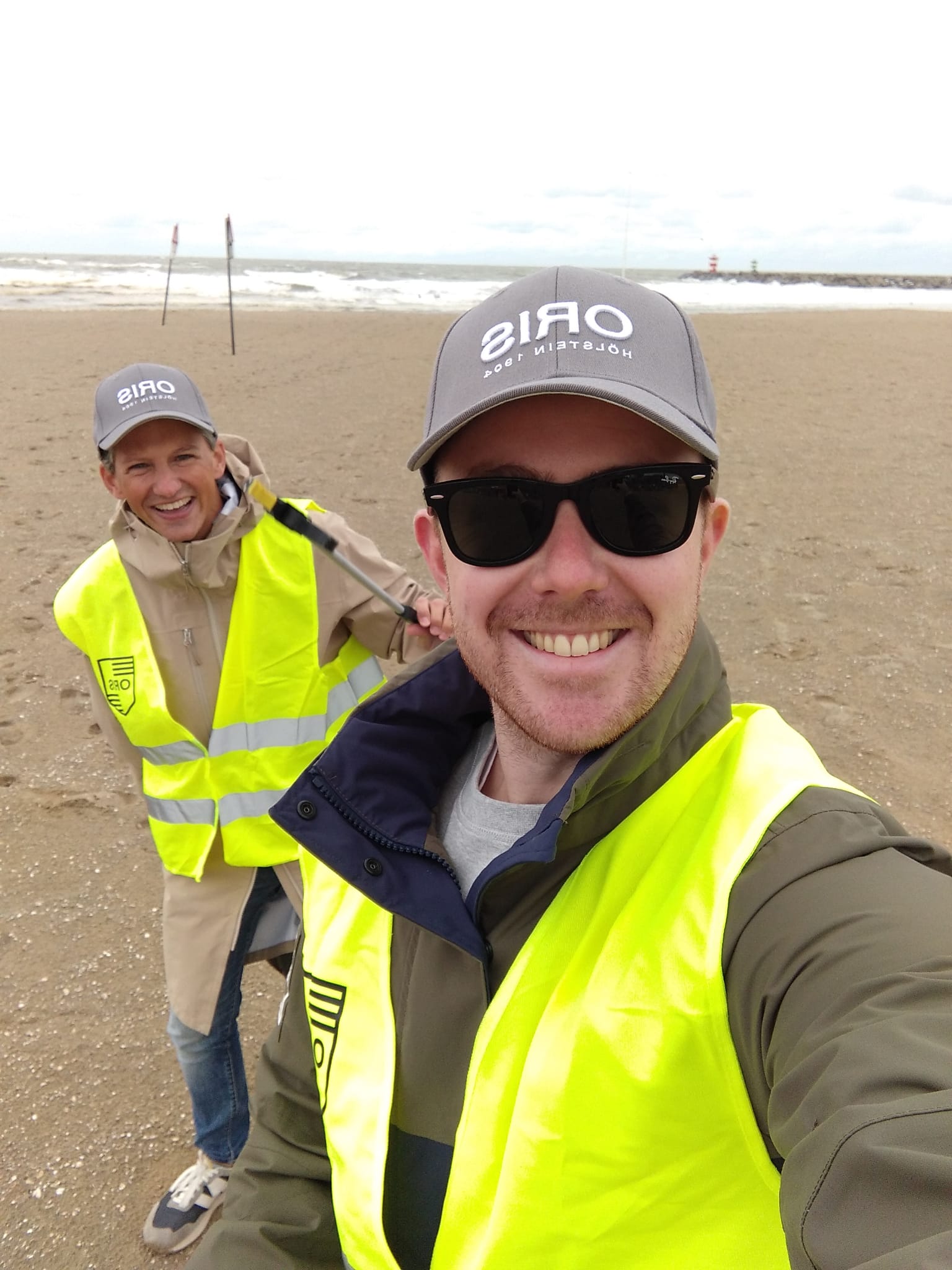 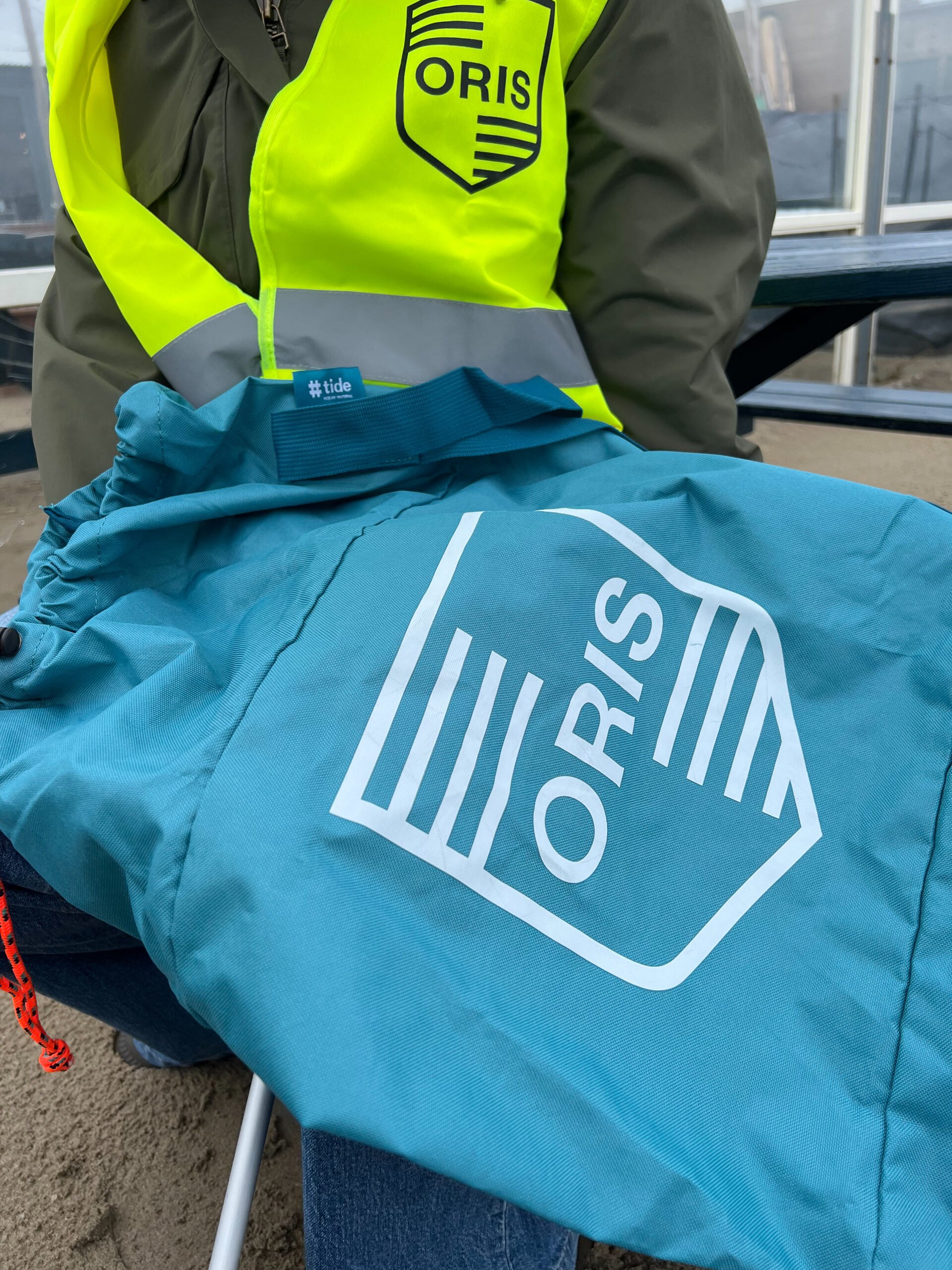 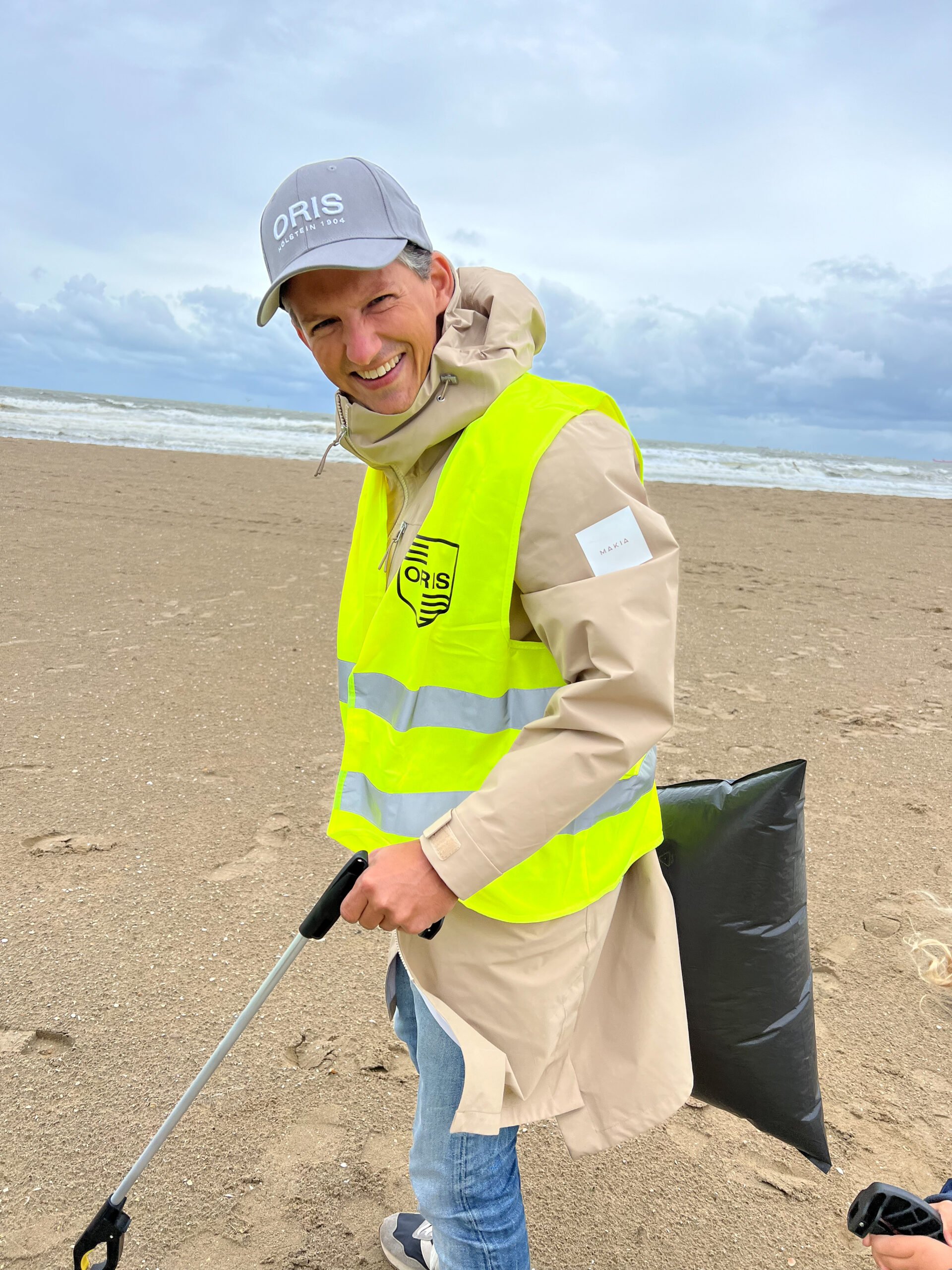 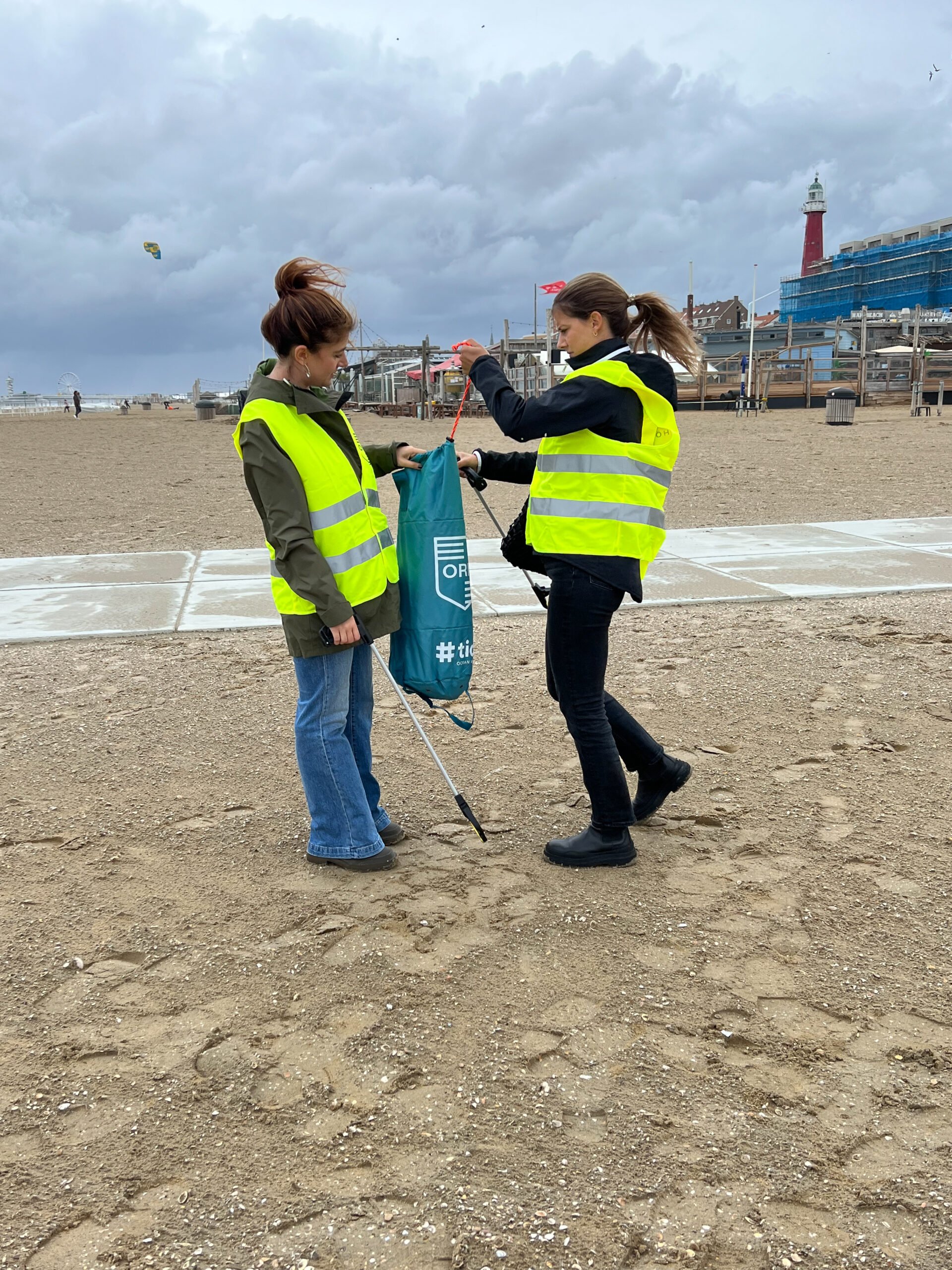 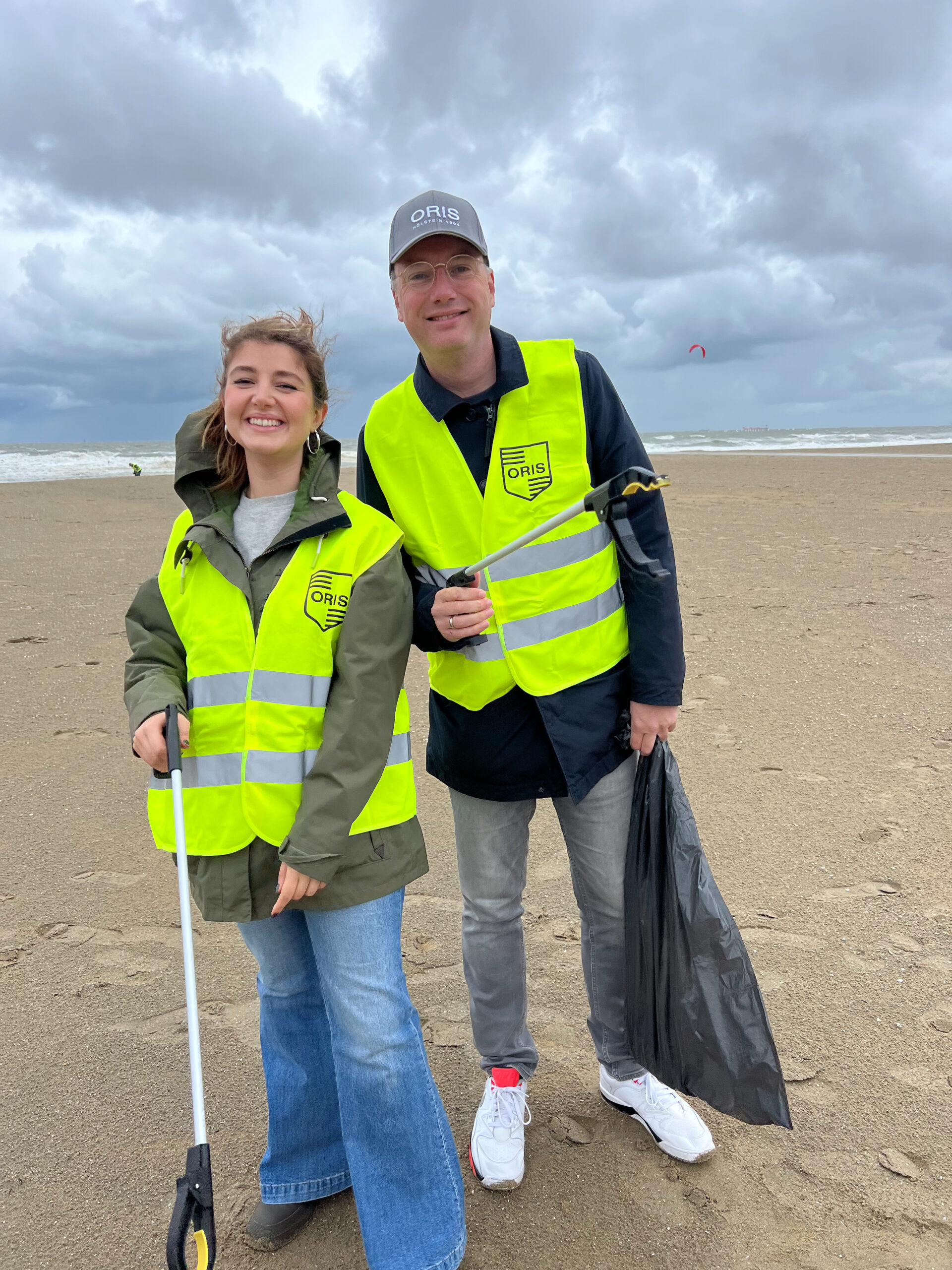 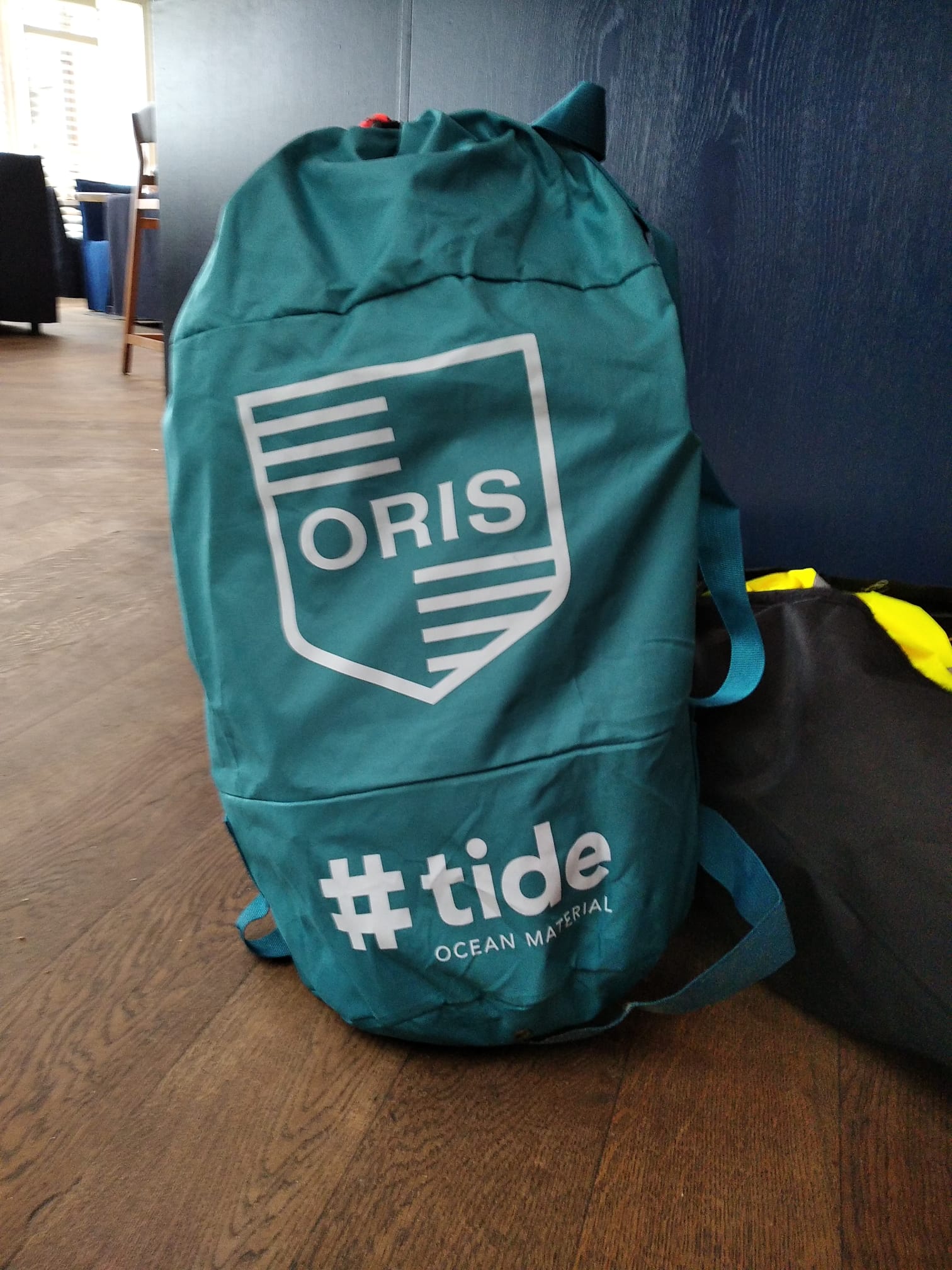 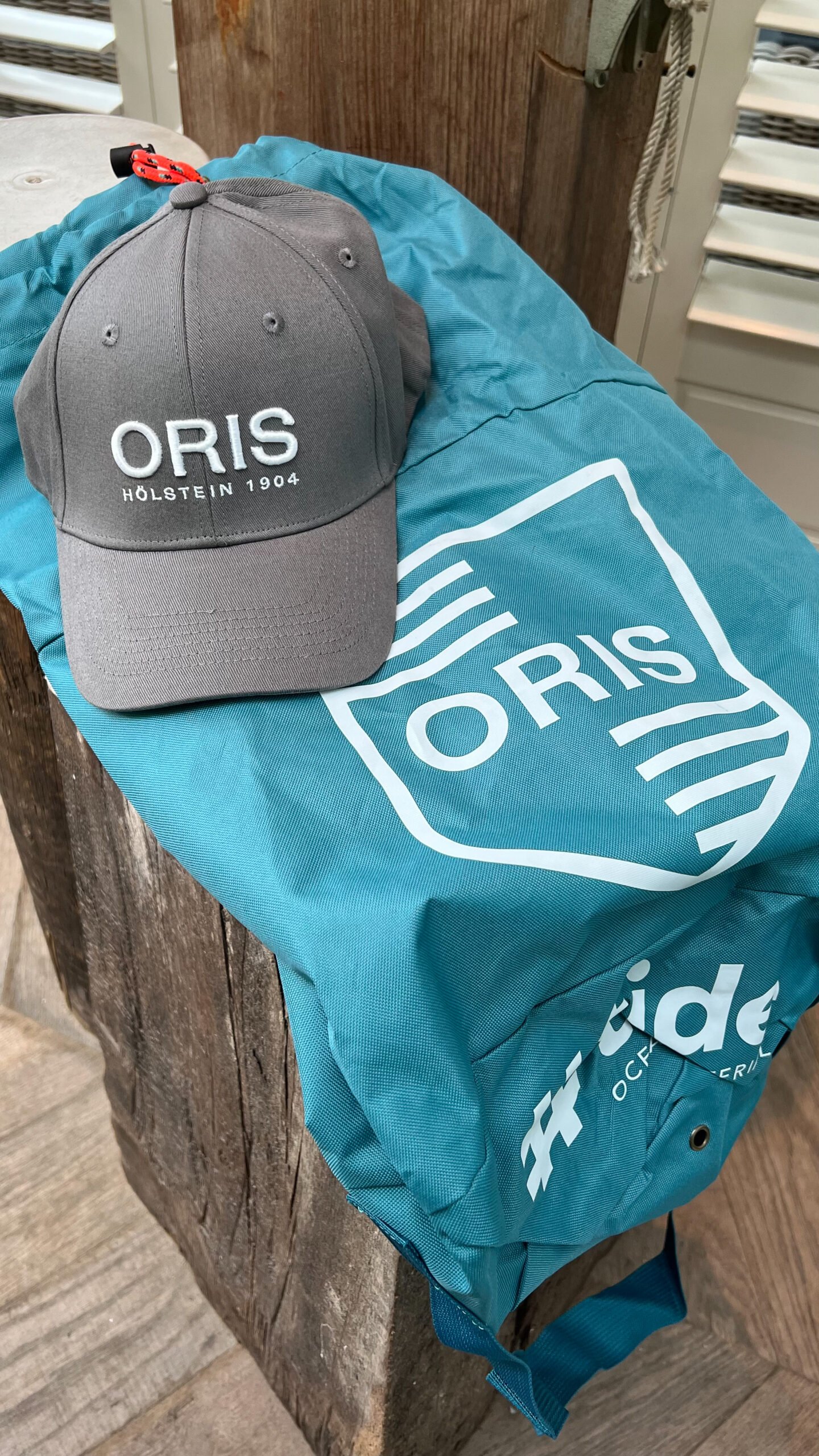 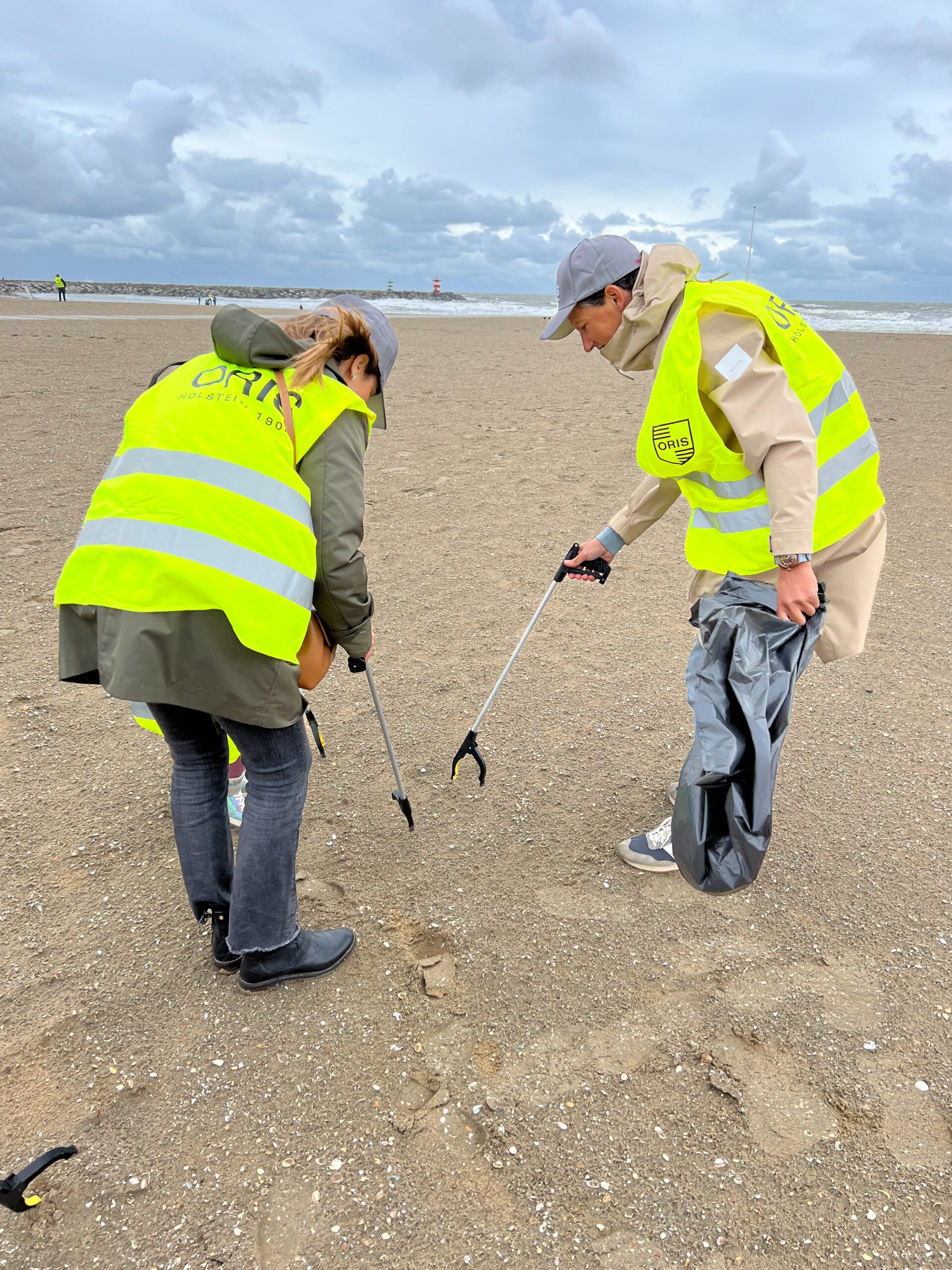