In the Fratello EDC series, editors and freelancers alike come together to share their daily carry items. Whether it’s for the daily grind, travel, or both, you’ll get an inside look at what’s in everybody’s bags. Though much of what we carry every day is basically the same, our individual choices are also a way to express our own tastes — the same in essence, but different in form. Other than watches, it’s these everyday carry items that get most of our discussion time at Fratello HQ, so we thought we’d share them with you. Who knows? Maybe you’re looking for that perfect bag, set of headphones, or wallet, and here’s where you might find it!

As a freelance writer for Fratello Watches specializing in Cartier, I don’t have a busy 9-5 schedule. Therefore, I often use my time to travel. Mainly, I take short trips to the bigger cities in Europe but also beyond because I love architecture and I like seeing what life is like in other capitals. Being a graphic designer by birth is probably the reason why I often find the appearance of the things around me more important than their quality. So don’t be surprised about the stuff I carry with me. 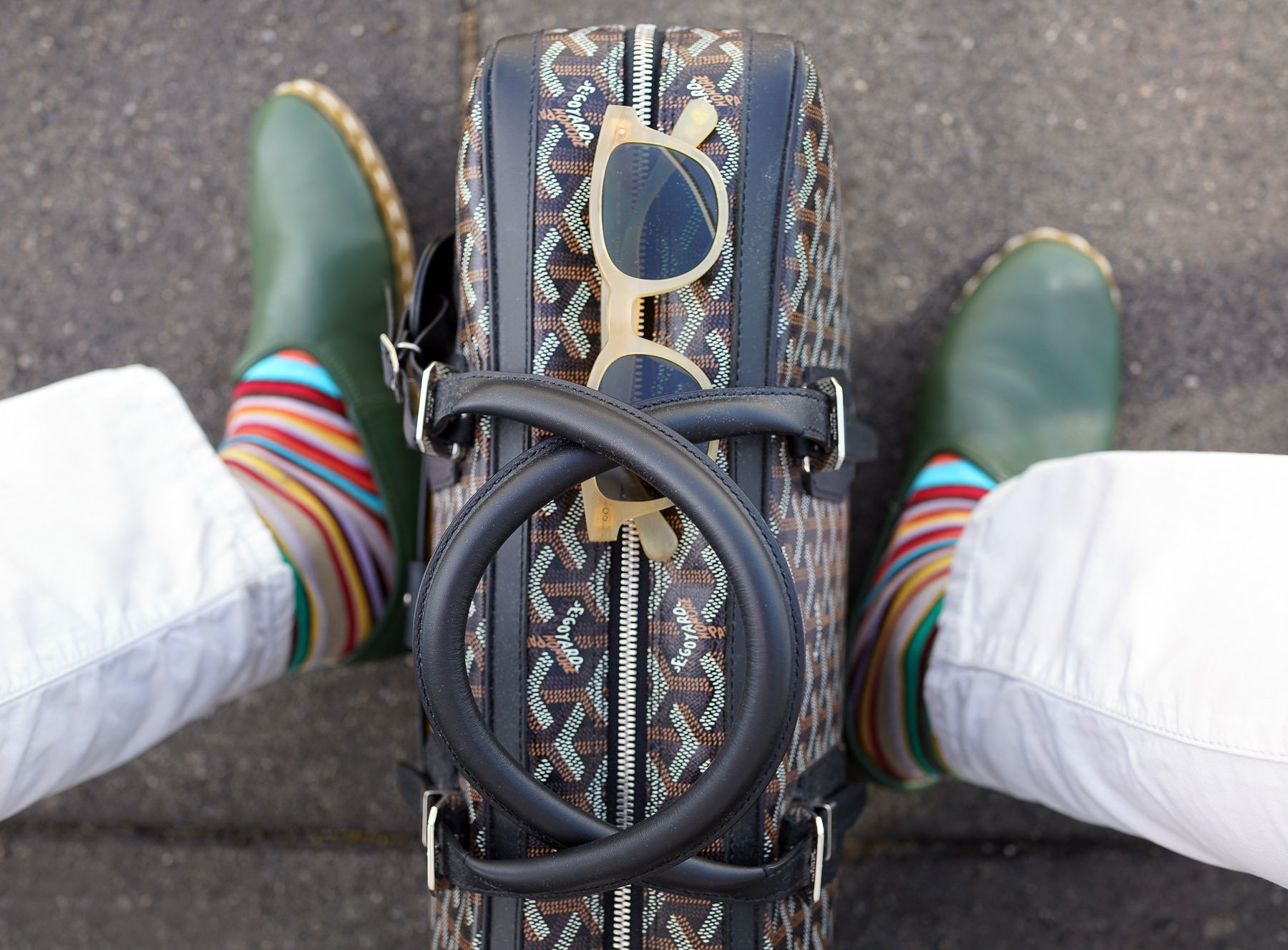 My bag is important. I not only see it as an absolute necessity but also as a fashion statement. For at least ten years, I had a Louis Vuitton Nomade leather attaché. Unfortunately, though, it was a bit vulnerable to rain and also got scratched easily on the plane. So a few years ago, I decided to go for the Ambassade model from Goyard, a bag that had been in the brand’s collection for years. Goyard is a historic French brand that was founded way back in 1853. What I like about this Maison is the fact that its collection is very small and stable.

In Europe, Goyard has about five boutiques and is therefore not available in many countries. Naturally, this is a benefit to its exclusivity. The Ambassade bag is spacious — 41cm × 10cm × 29cm — and fits a MacBook Pro and an extra shirt with ease. The canvas material makes the bag strong and resistant to rain. Compared to leather, the material ages slowly. 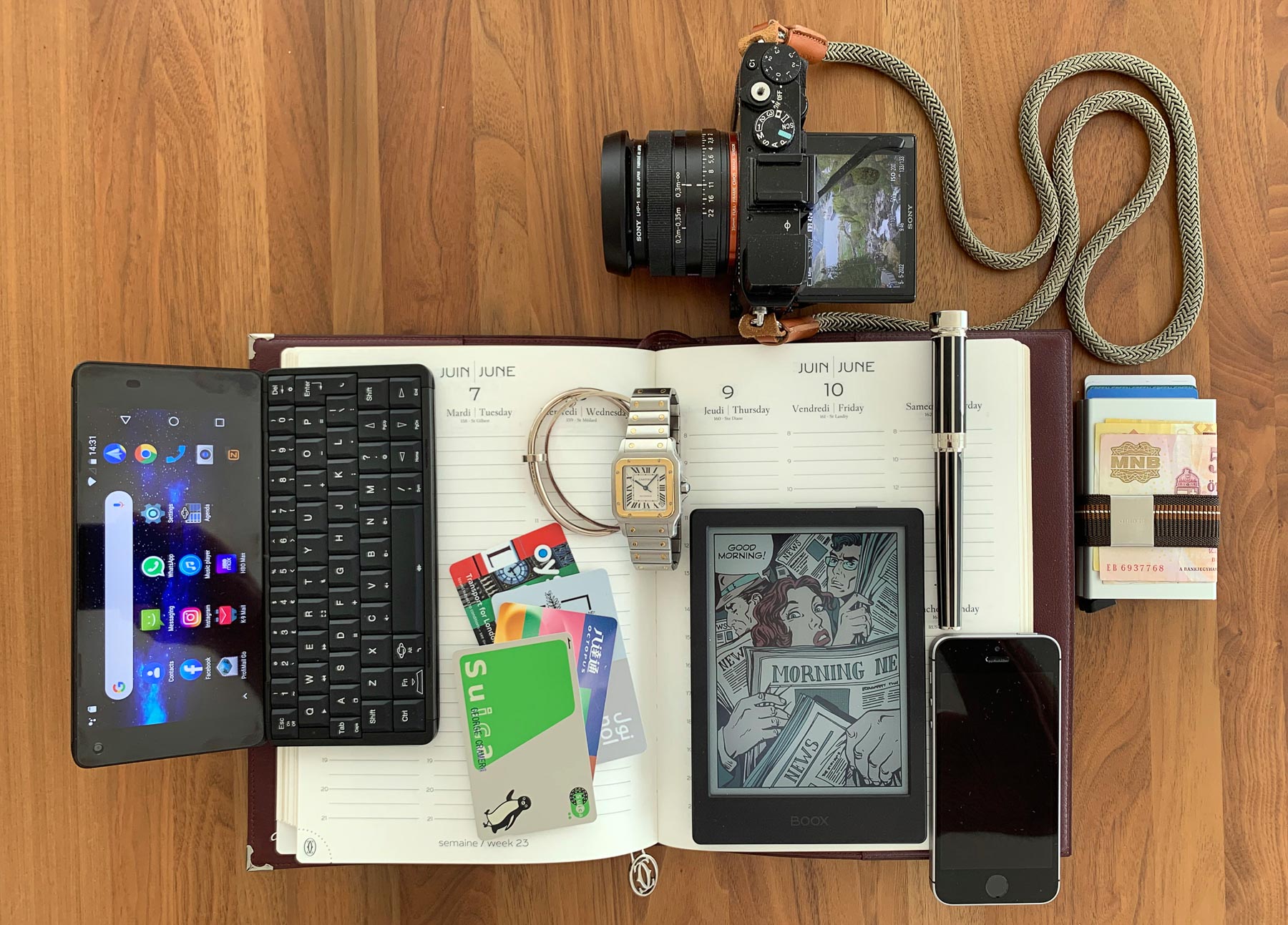 The camera in my bag is a small model, but it had to be a full-frame camera with both an optical finder and a tilt screen. You see, I don’t just use this camera on the road, but I also use it for my watch photography. The camera I chose was the Sony RX1 II, which has the same large 42.4MP sensor as the well-known Sony A7R. The main difference between these two cameras is that the RX1 II does not have an interchangeable lens system. Instead, it has a fixed 2/35mm Zeiss lens with a good macro position.

The outcome of the RX1 II is top-notch and the shape of the camera is really compact. It’s small to work with, but you quickly get used to it.  At trade fairs, people often look at it with a silly smile because it probably reminds them of a point-and-shoot camera, but that doesn’t bother me. 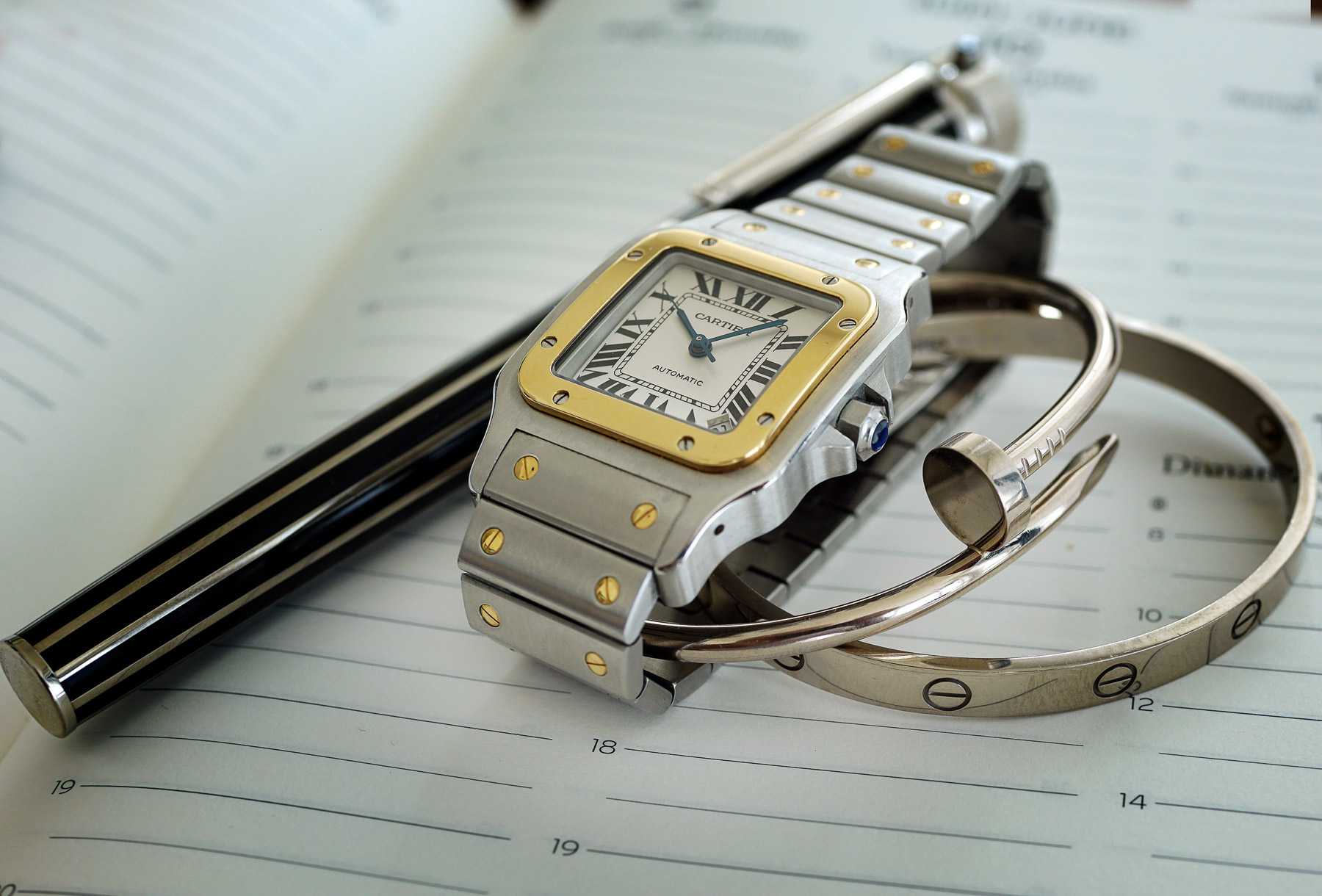 My watch and work essentials — Cartier, Apple, and Planet Computers

When I travel, I usually wear my steel-and-gold Cartier Santos Galbée XL. I really like it because the date is between 4 and 5 o’clock, so it doesn’t interrupt the dial. The Santos can easily accompany me to a cocktail party as well as to the gym. It remains a very good-looking and versatile watch and is my ideal choice for travel and everyday wear. Usually, I wear it with a Juste un Clou bracelet. The advantage of this bracelet is that it can quickly be put on and taken off, which is more difficult to do with the LOVE bracelet. I always wear just one bracelet at a time. In case you’re wondering if two as a stack would be nice, it certainly looks cool, but I think it’s a bit too flashy for me. 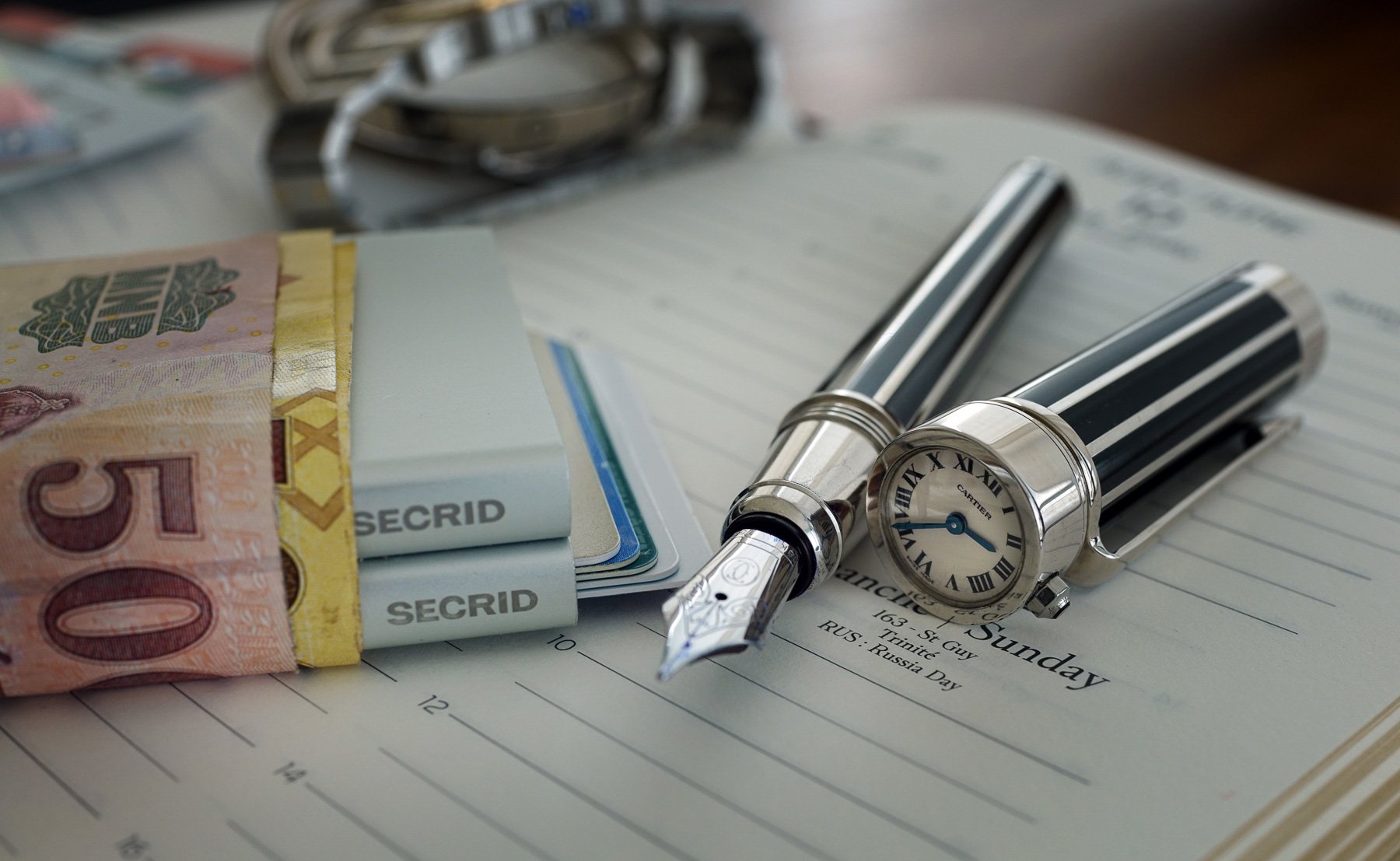 During the period around Watches And Wonders and Dubai Watch Week, my Apple MacBook naturally comes with me so that I can edit and upload my photos on the spot. But if that’s not the case, then along with my iPhone SE, I take a clamshell PDA from Planet Computers — the Gemini — with me. I chose this mainly because of the large keyboard and the fact that this mini laptop can handle Word files. For writing articles in Word or longer emails, I find the Planet PDA way more convenient than an iPhone. The device also has room for a SIM card, so going online or making phone calls is no problem. The Planet Gemini runs on Android, but Linux can also be installed. The whole keyboard is about the size of an iPhone 13 Pro. 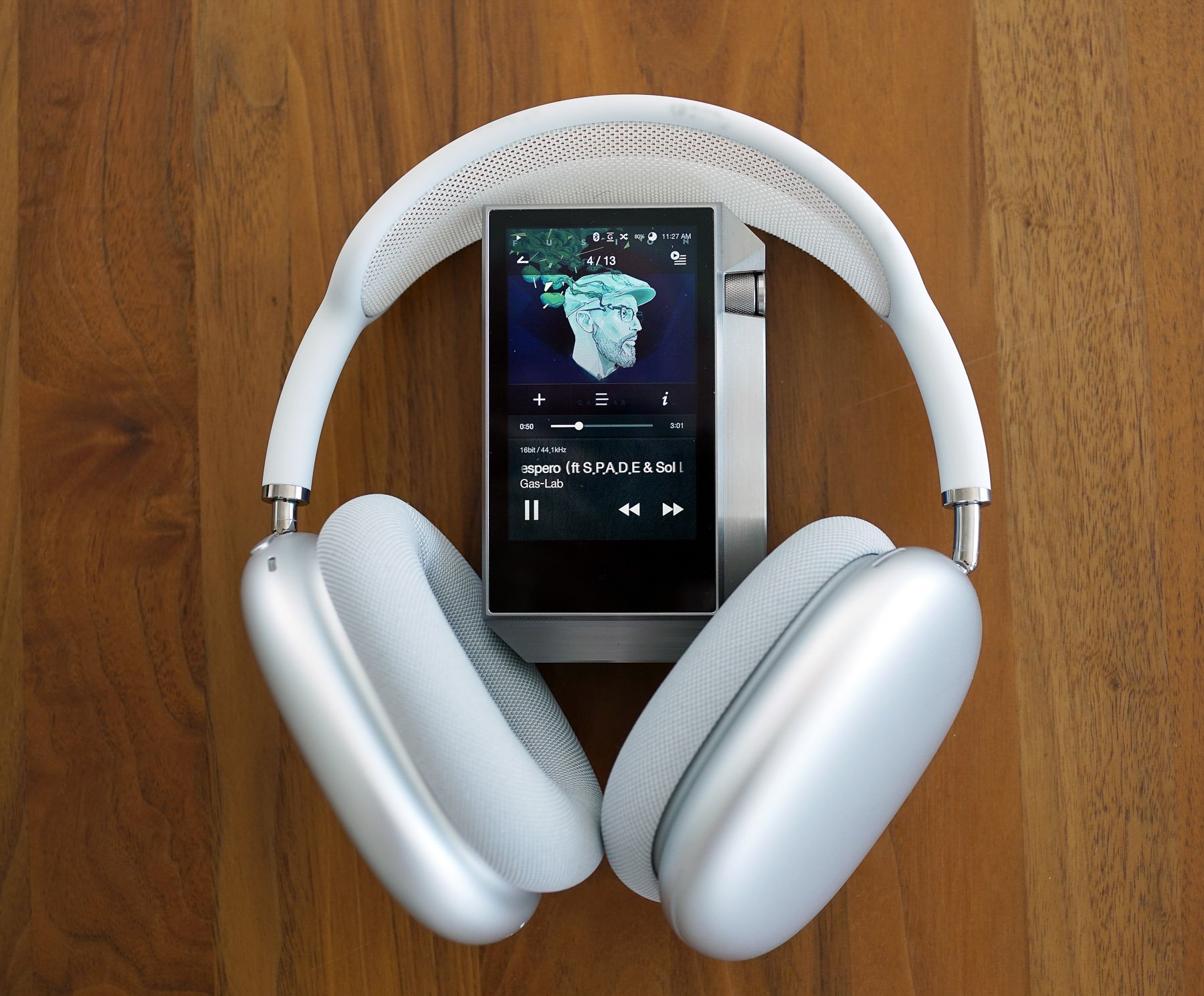 Music means so much to me that a player is perhaps the first gadget I grab for the road. In addition to my iPhone, I use a DAP player from the Korean brand Astell & Kern — the steel AK210. Besides the device having a very attractive form factor, the sound of the FLAC files that the Astell & Kern produces is quite an improvement over the sound of an iPhone, and the iPhone doesn’t even sound bad at all. Of course, a top-notch pair of headphones with a high-end cable gives the best sound, and that’s what a player like an Astell & Kern deserves. But while on the road, I want a wireless solution. The most important thing for me about headphones, in general, is the wearing comfort. This is perhaps even more important to me than the sound quality. 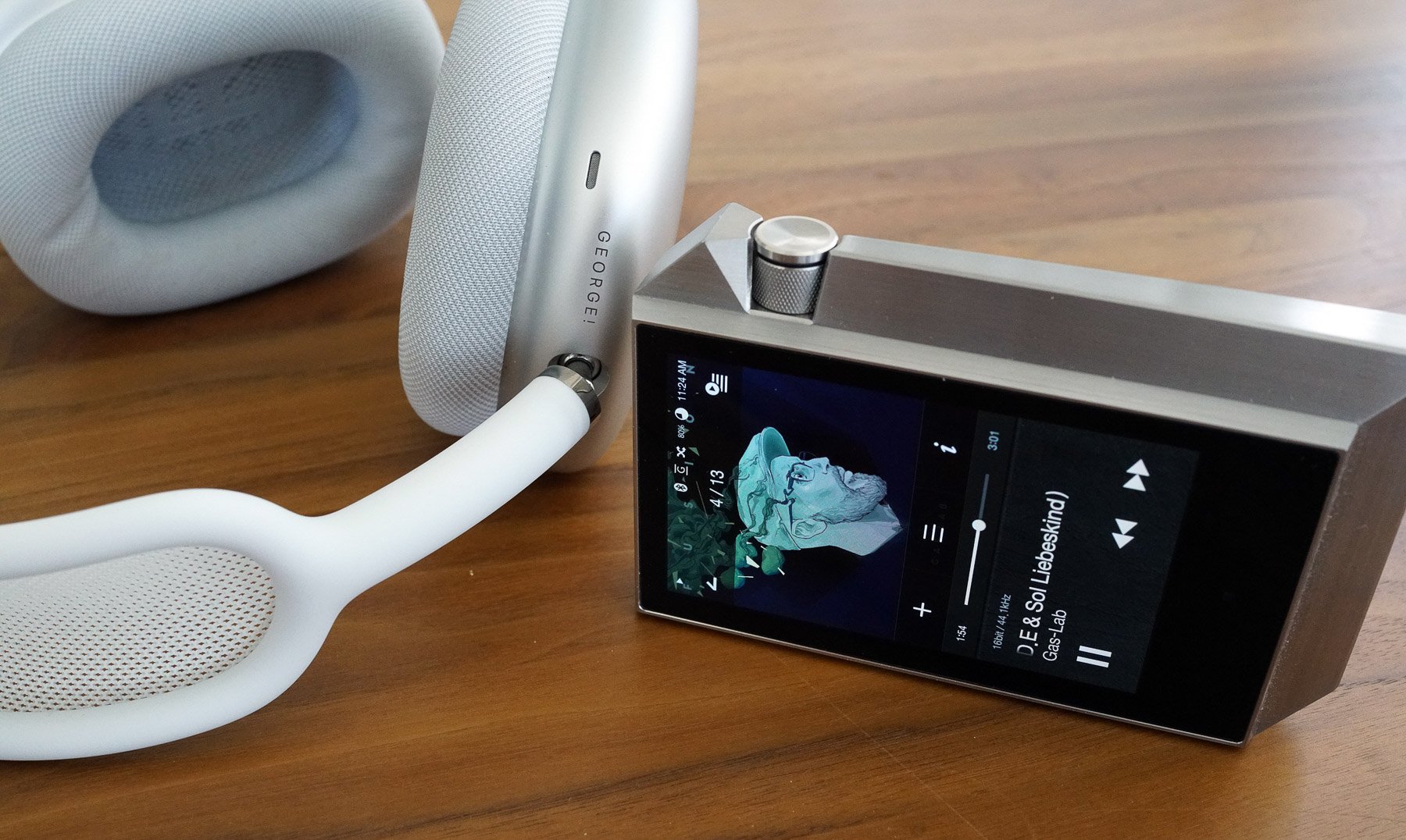 I used to have a cool set B&W P7 wireless headphones, which sounded very good but didn’t fit me well. I couldn’t even keep them on my head for more than 10 minutes. So, I decided to buy the Apple AirPods Max, which are slick-looking and very comfortable headphones that also make immediate contact with Apple and my other devices, which was not the case with the B&W. The sound is very good, but it is not the best. At first, I was debating between the inconspicuous Space Gray version or the more eye-catching Silver White one, but when Gerard mentioned that the Silver White version is “really Apple,” my choice was made. 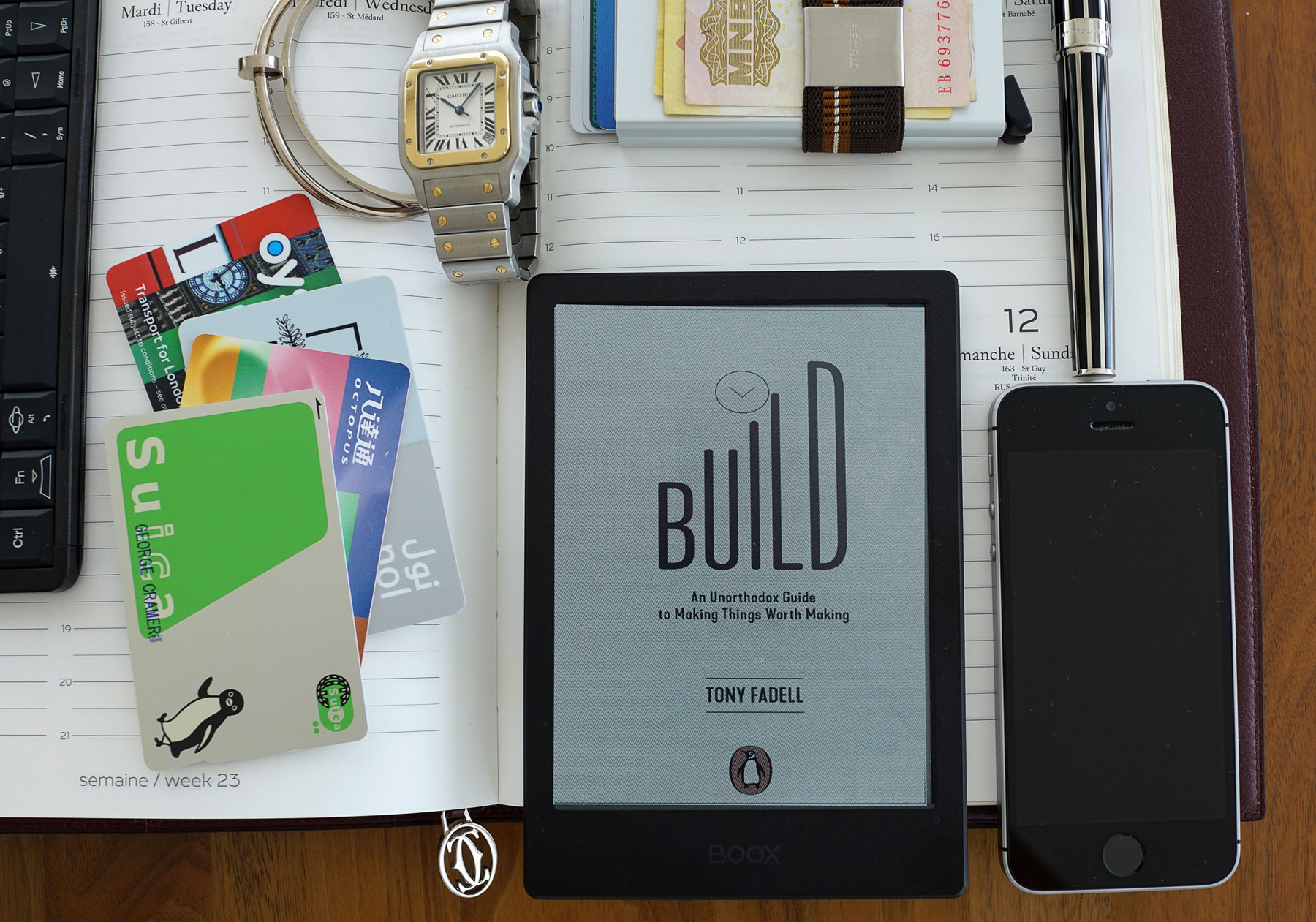 Reading on the road — BOOX POKE 2

For killing time on the train or during a long plane flight, reading is my go-to solution. Taking books with me was always such a drag, though, that I never took something readable with me. For a long time, I have been searching for a small e-reader and despite the fact that there are many more affordable major brands, I chose the BOOX POKE 2. This is a small e-reader that can open all e-books, including the Adobe-protected ones thanks to the KOBO app and others. Currently, I am just getting started on Tony Fadell’s book Build.

Fadell is a phenomenon, and he has been instrumental in the development of the Apple iPods and iPhones. But he also worked closely with Benoit Mintiens of Ressence on the Type 2 and especially on the e-Crown part. The BOOX POKE 2 gives me the chance to carry a lot of books with me, while the charger can stay at home because e-books are so battery-friendly. 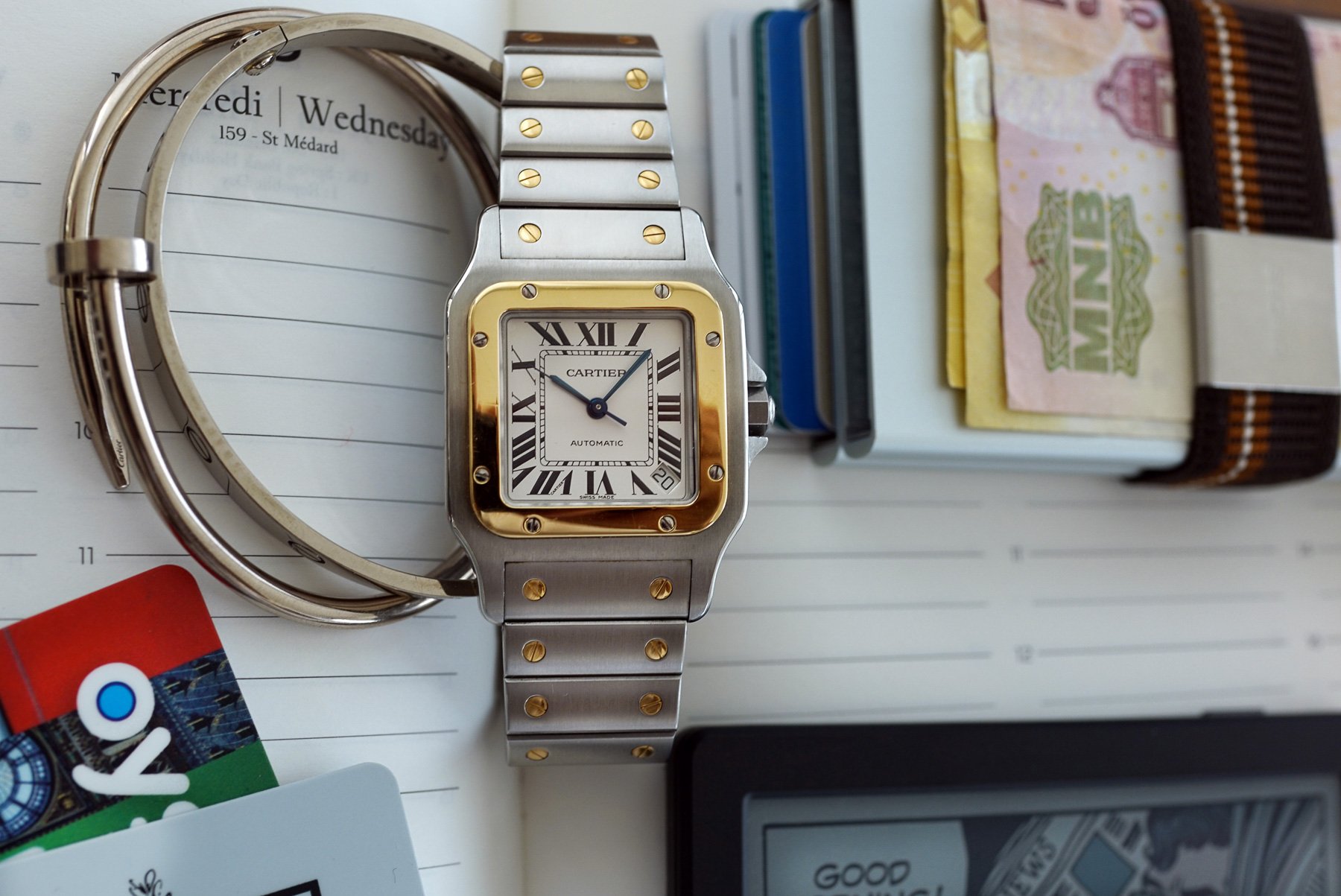 George’s Everyday Carry — Wrapping it up with Secrid

Finally, you won’t find any car keys in my bag, simply because I don’t have a car. I swear by the pre-paid travel cards for the train and metro that I store in two Secrid wallets that I stuck together with an elastic band. This band is made by Secrid as well and is meant to hold a few banknotes. So, that’s about all I need when I am on the road. If you would like to know more about some products, feel free to let me know, and I’ll be happy to tell you about them in more detail.